I got and early 6am start today to make up for the trip I was going to have to take to town to get a new phone cord and adapter at Walmart. I was very fortunate that I was camped a couple miles from a major road that could get me to a store that sold phone cords. last night, I put it out on fb that I was looking for a ride to that Walmart, but after 9pm my phone battery died, so I wasn’t able to see the two offers of assistance that was offered until I was already returning and charging the phone. It’s great to have such supportive blog followers and I thank you guys for offering to help me out! I thought I might have to do multiple hitches, as Walmart was on a second road and not directly on the highway that I was hitching. I hitched for less than 10mins and was very lucky that Oscar pulled over and was also headed for Walmart. It was a pleasure to meet Oscar who is an elementary PE teacher full of positive energy. With his assistance, I was out and back in less than an hour, yay! THANK YOU Oscar!!! 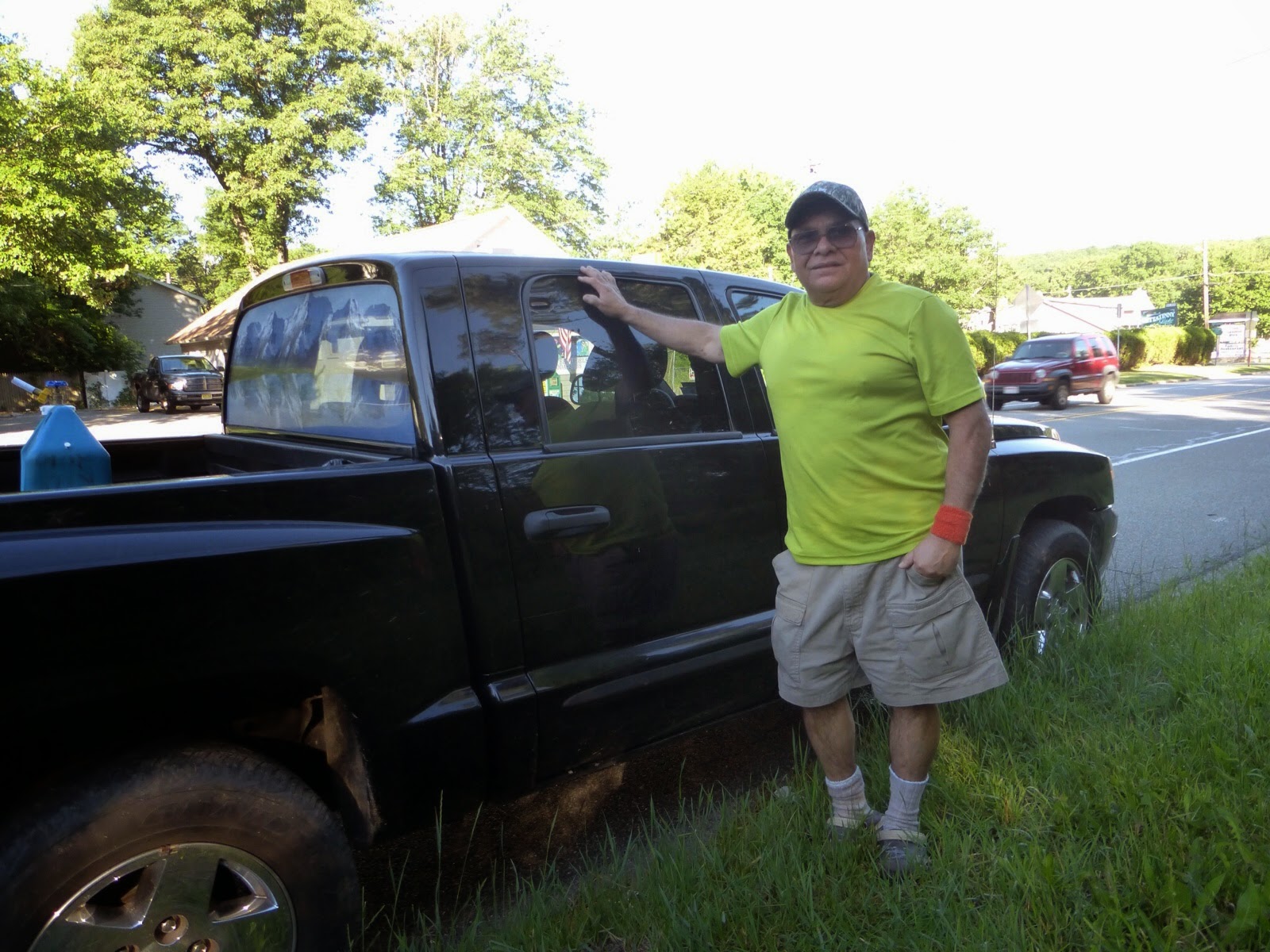 Today was the summer solstice and on the long trails it is traditionally Hike Naked Day. I don’t participate, but many hikers usually do in some form. It was Saturday and the trail wove through High Point State park, so there were tons of weekenders, Boy Scout Groups, and day hikers. I saw over 100 people. I leap frogged with one other thru hiker, Bagheera(the panther in The Jungle Book) a few times today. We met a week or so ago. Towards the end of the day, I saw a couple thru hiking and another thru named Wingin’ It. None participating in hike naked day. At the end of the day, I saw Bagheera and Wingin’ It as they each hike into the night and passed my campsite. Each are raising money for a worthy cause, so for fun I got a Hike Naked day photo of each of them for the blog and told them I’d include their charity links and maybe some of you will show them some love for being good sports. On the left is Wingin’ It who is raising money for MS, which his mom has. On the right is Bagheera who is raising money for Alzheimer’s, which his grandfather has. 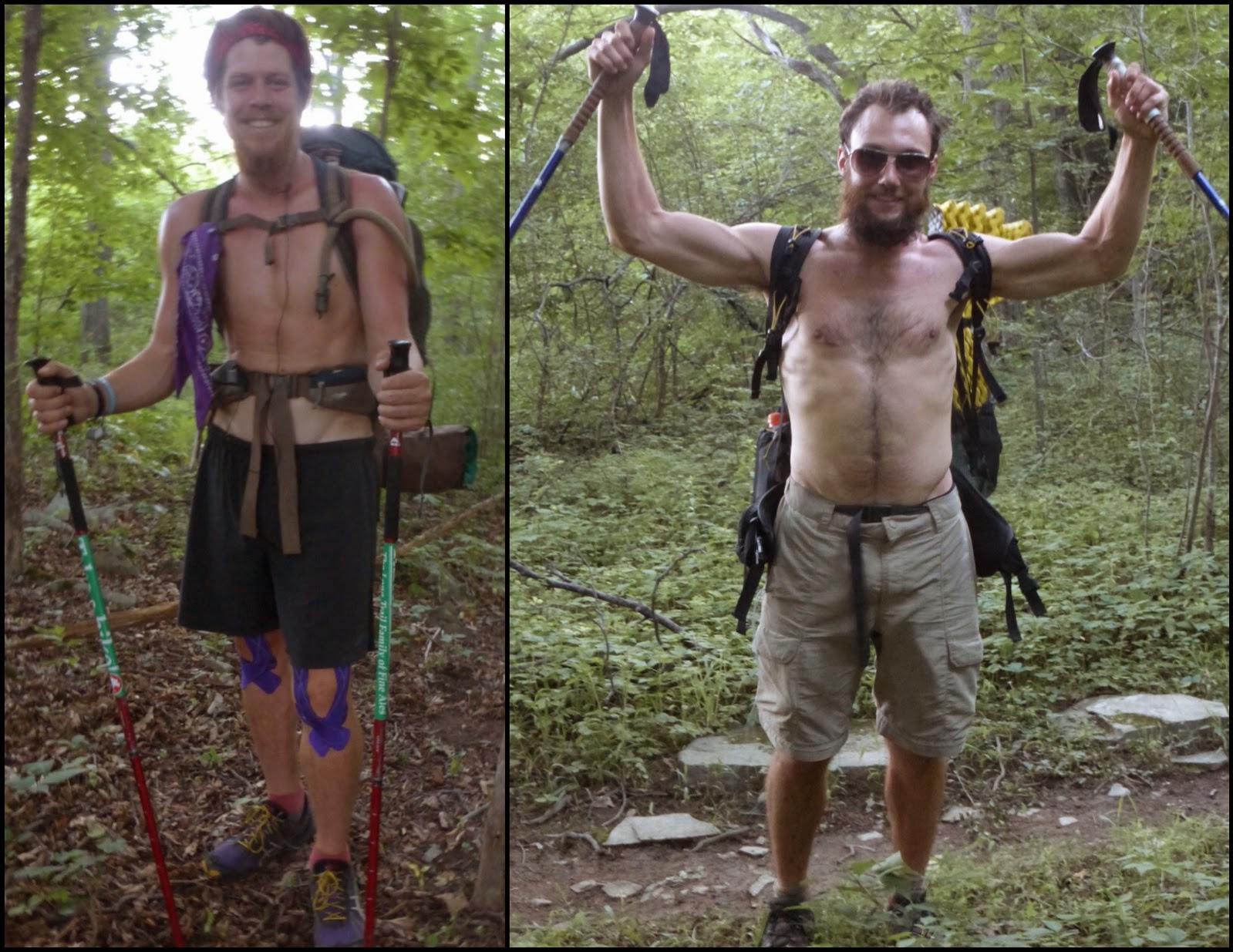 As for the hiking today, two-thirds of the day was quite rocky. It was frustrating for me as I wasn’t able to stretch my legs as I had hoped. It wasn’t until later in the afternoon that the rocks cleared out and the trail became more enjoyable to hike and relax a bit. 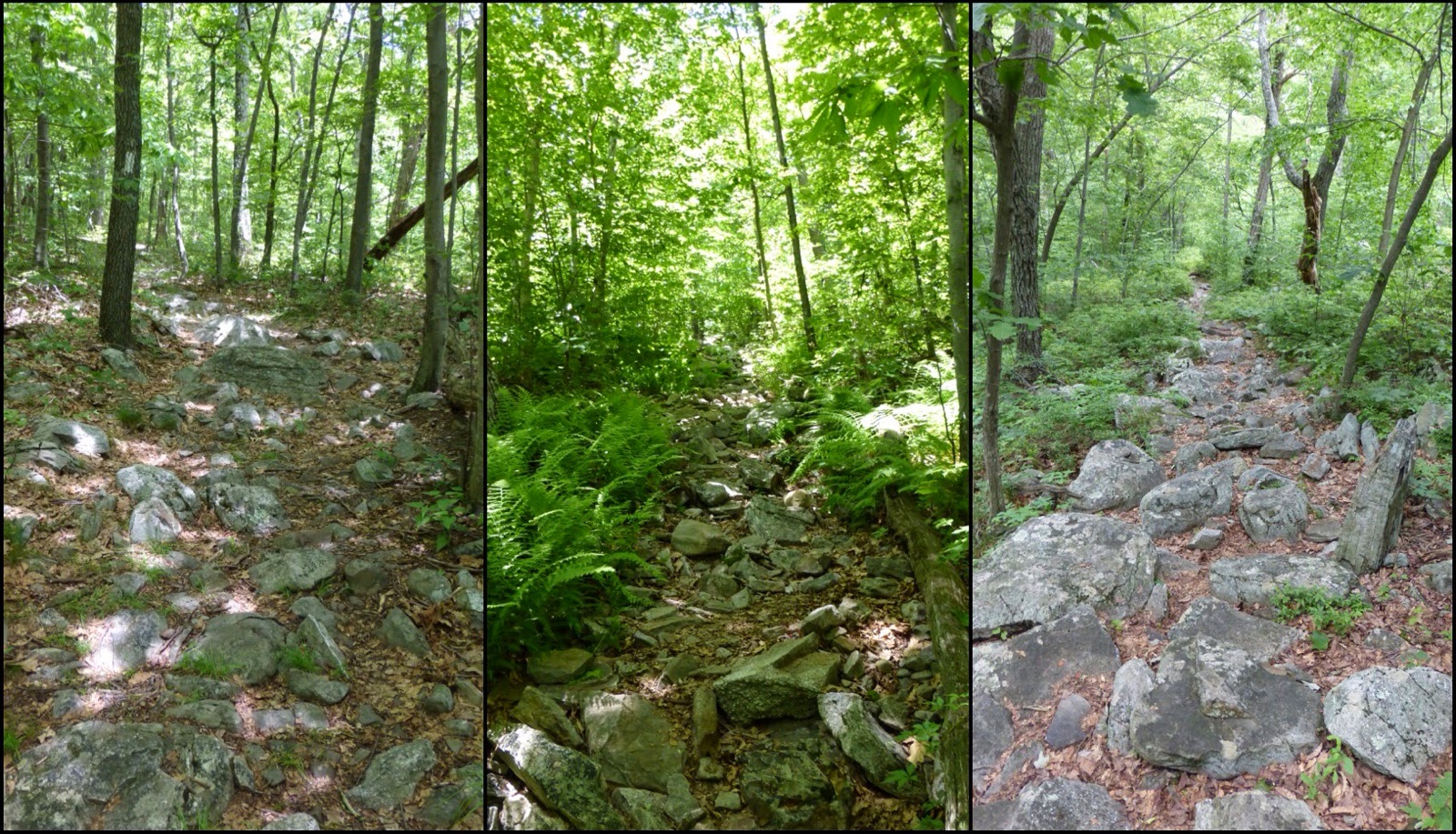 There have been a few fire towers and I went up on one this morning and got a view looking south on what I’d hiked. Fire towers are always nice. This one made me dizzy with the thin metal steps. 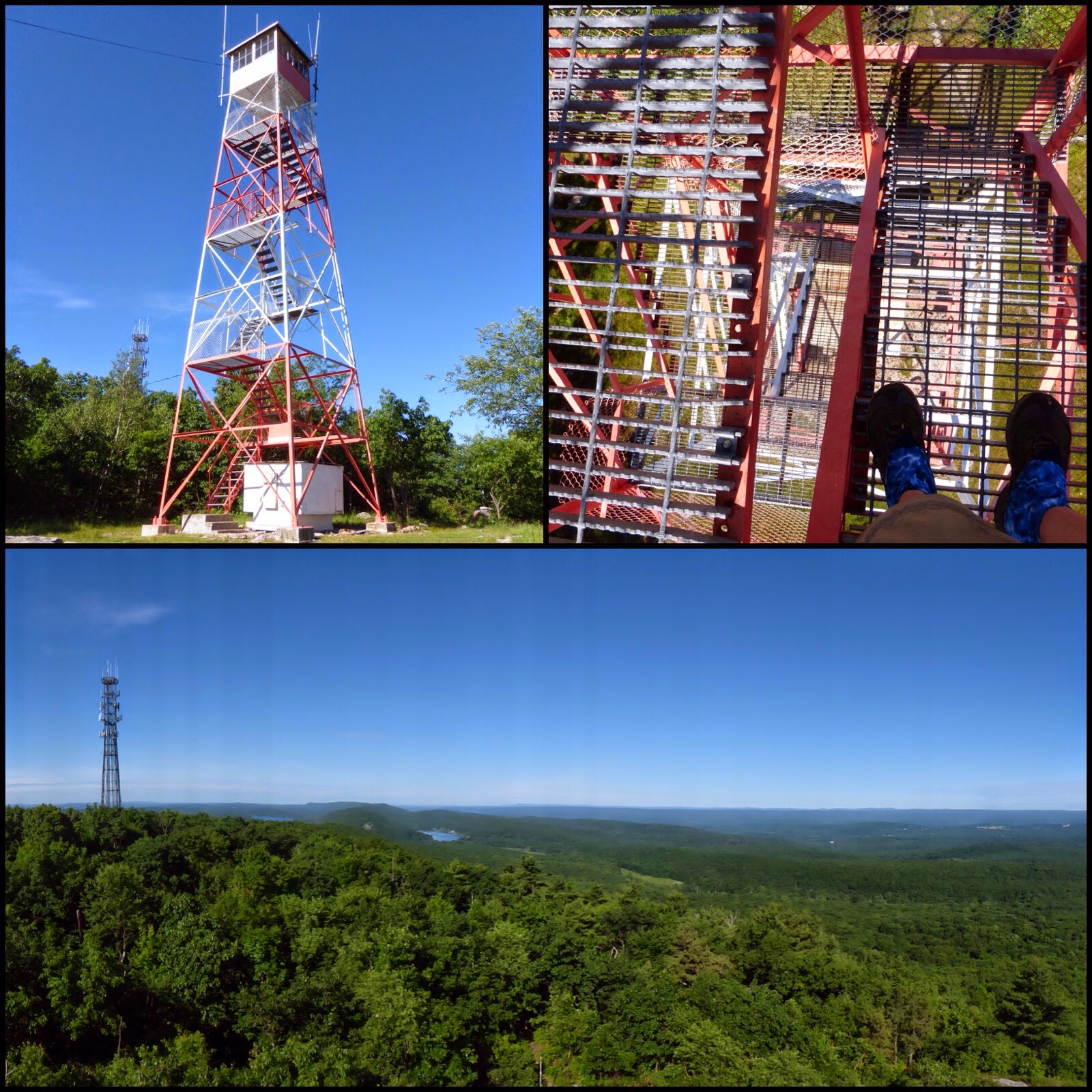 The park today was called High Point because it has the high point of New Jersey. It is a unique tower that goes up over 200ft. There was a side trail to it, but I was not in the mood with all the rocks and the views have all been pretty similar. I don’t think too many thrus take that side trail, but there is a cool view of the tower from the AT. 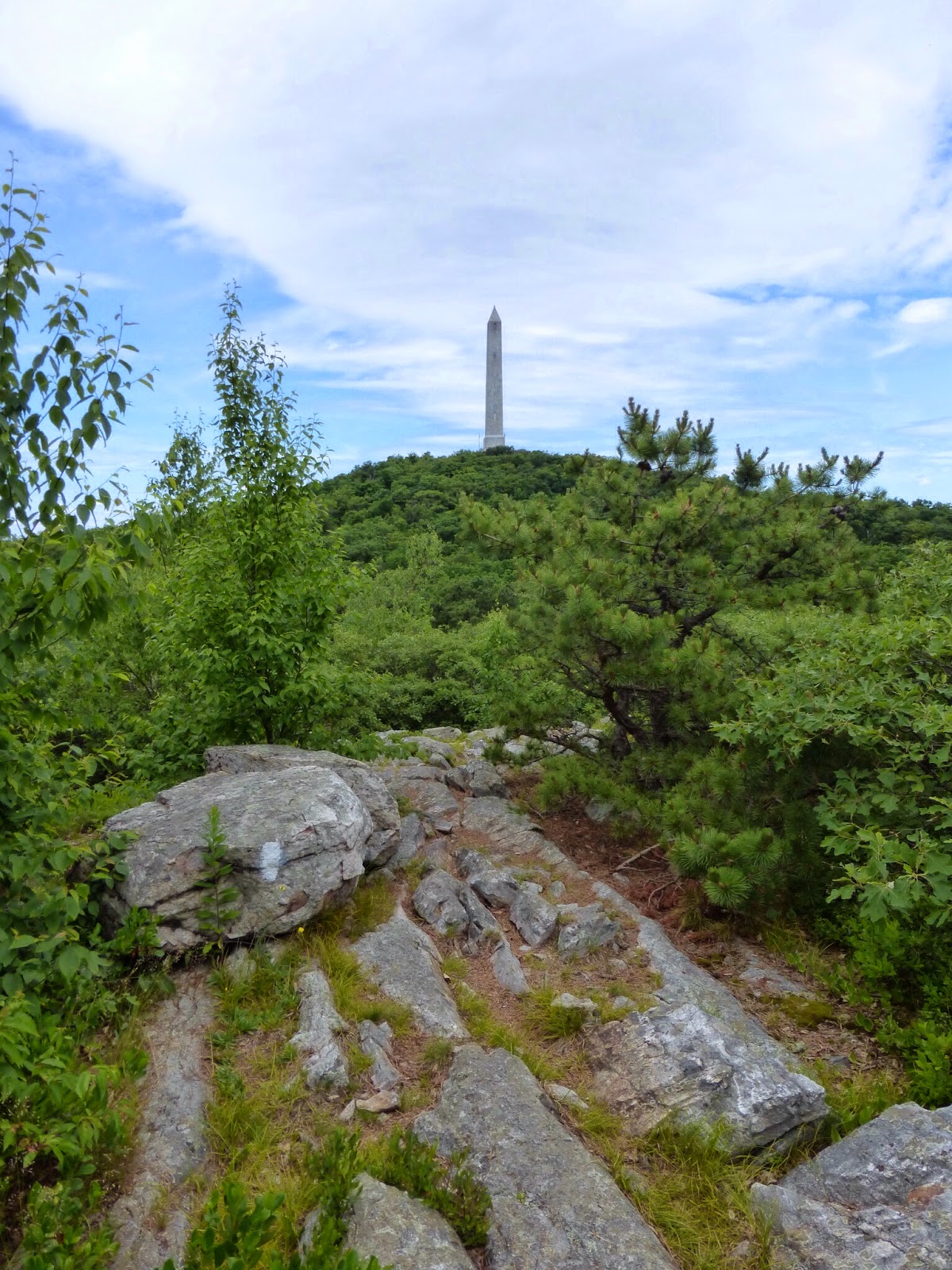 New Jersey is sometimes described as the swampy state and I got that today. Many sections with crummy water sources that were stagnant or moving slowly and had a bad water smell. There were lots of planks to walk on in those sections and that was fun. 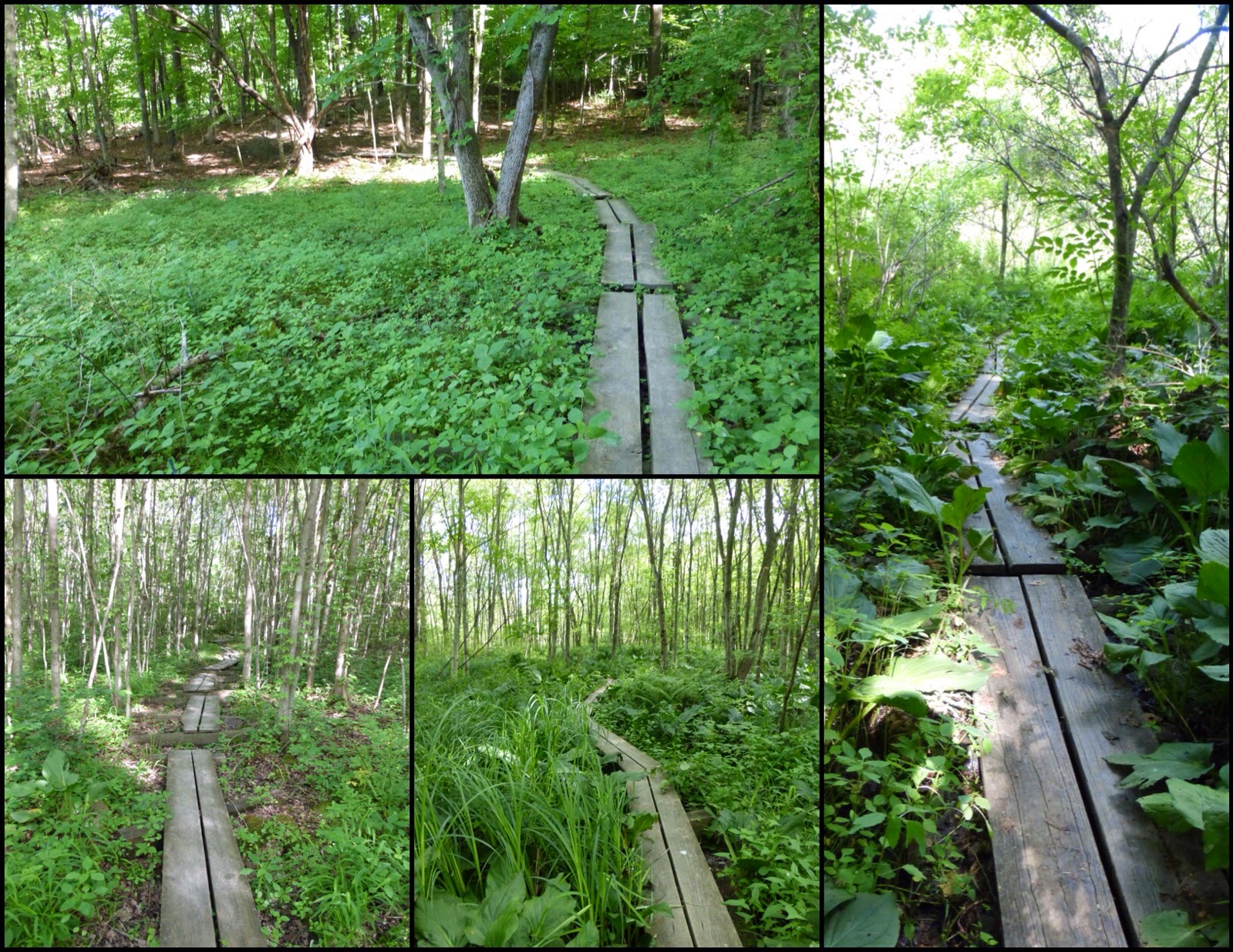 I’m just happy the mosquitoes aren’t out in full force yet as I can imagine this area would have a ton. The mosquitoes are increasing though. They aren’t a problem while hiking yet, but they are swarming pretty good at camp. I even ate dinner in my tent to avoid the swarm. I’m dozing off as I write this, so I think I’ll sleep really well tonight. Good night:) 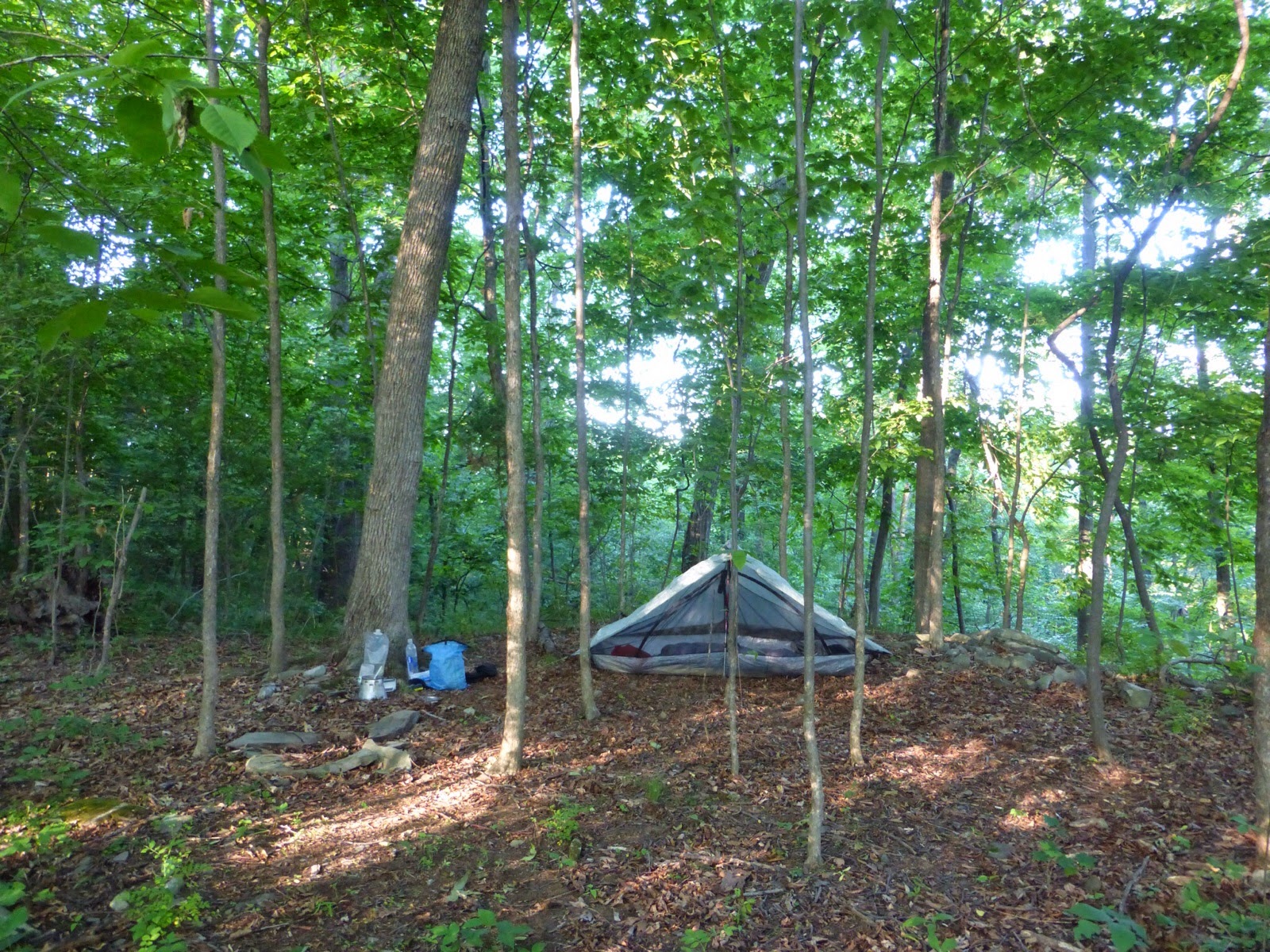