I did not sleep well last night and felt pretty lethargic this morning. I just couldn’t get comfortable for some unknown reason and I was waking with every little sound. At 2:15am, I heard people coming down the trail at a quick pace and could tell they were thrus. There were three of them and they were playing some kind of music out loud. I was awake early, but tired, so I laid in my tent and ended up starting at 6:50am. The morning started with a walk around the perimeter of a swampy wildlife refuge area. It was a nice change of scenery. 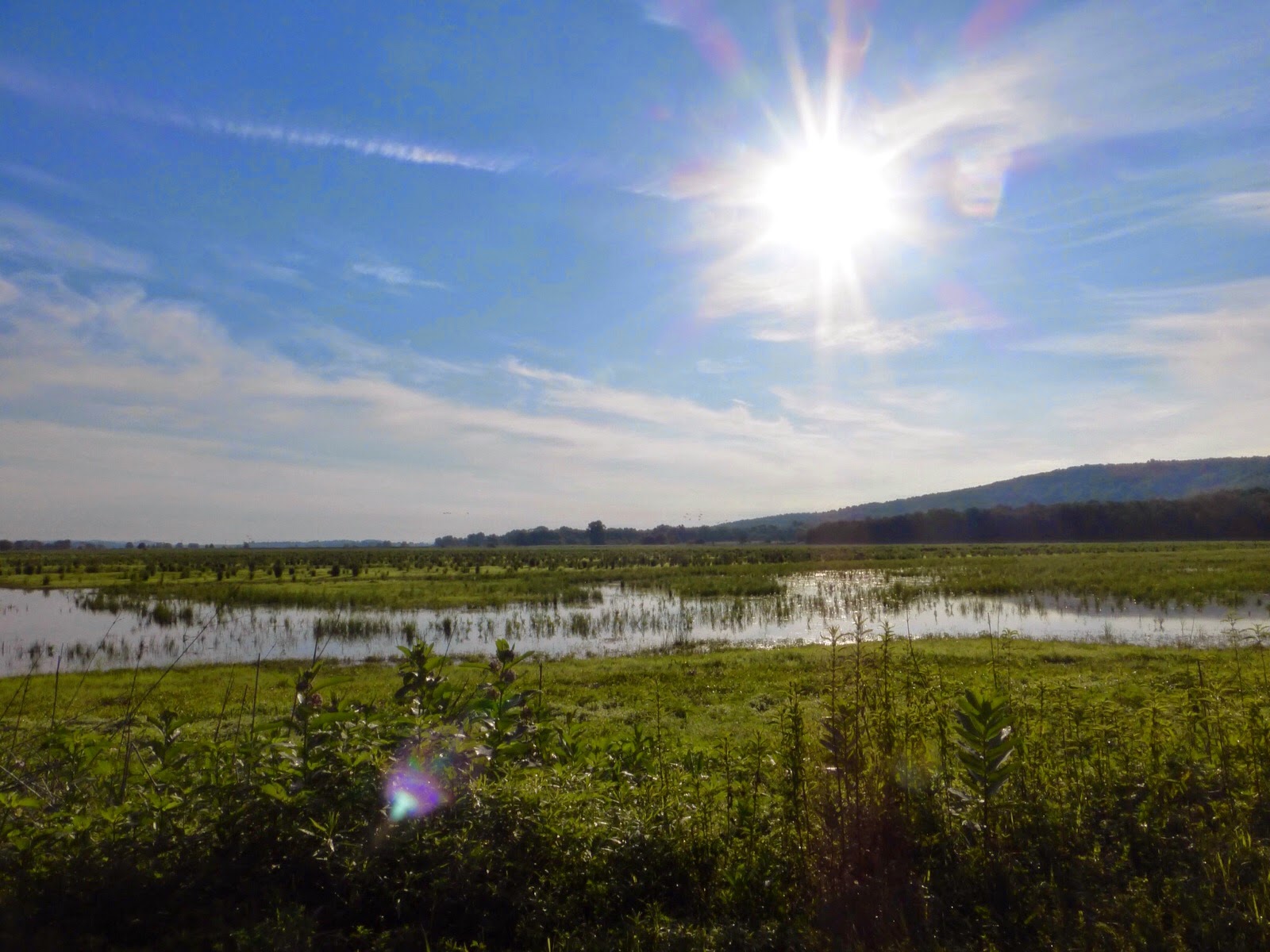 Then there were a couple of miles on a cool winding boardwalk. I really liked that and there was even a suspension bridge too. It was unique and also entertaining to be out of the woods for a bit. 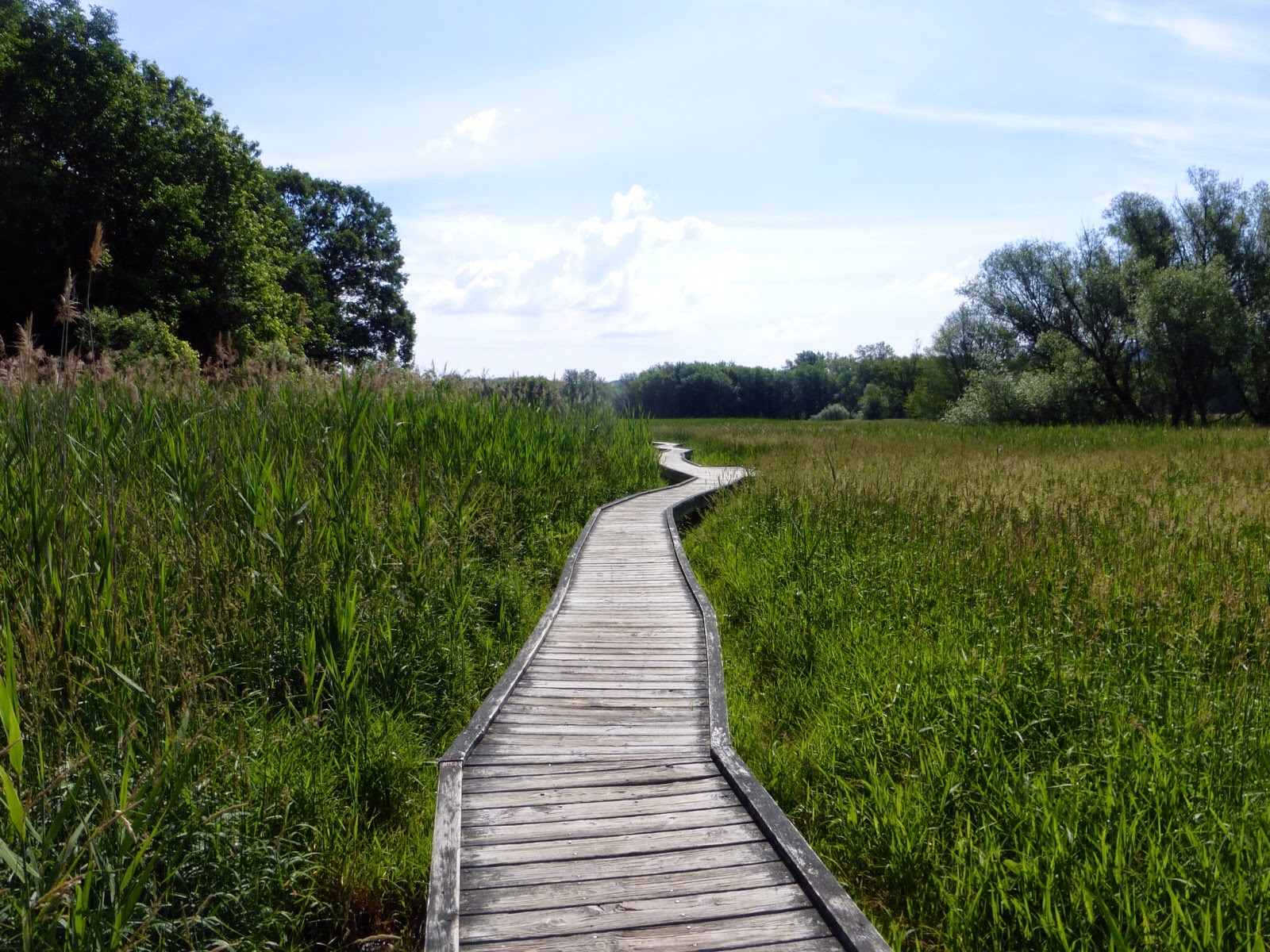 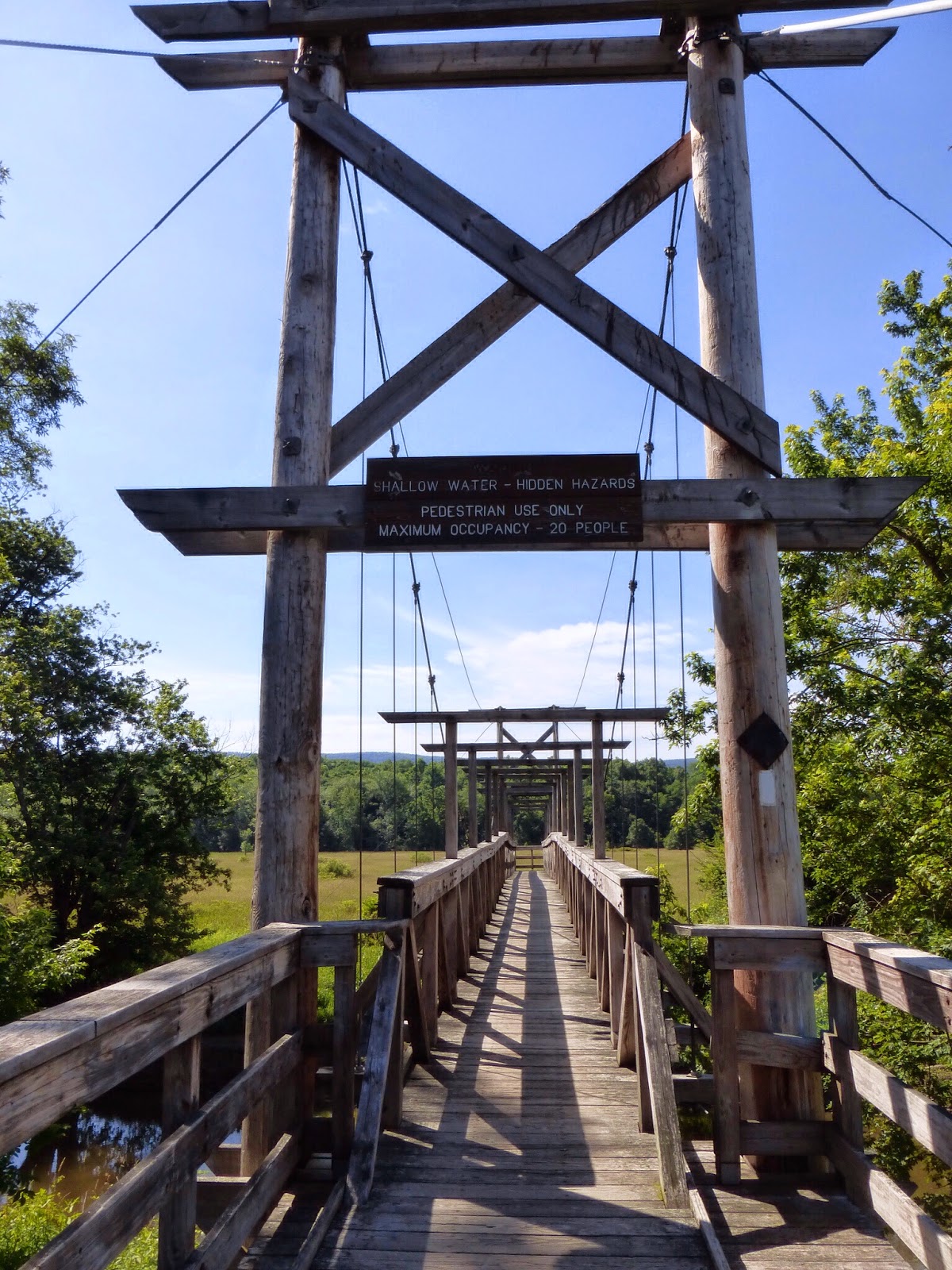 After a few hours, I ran into many hikers including the three that were hiking in the middle of the night last night. They were unexpectedly pushing a 35mi day to catch up with some of the hikers ahead of me when they saw a note that most the hikers were going to take a side trail to town to watch the US World Cup match this evening. Those three hiked til 4am and only got a few hours of sleep. Talk about motivation. I was actually the only one not joining in on this event and I was torn. There would be over 20 hikers there and the plan was to pack the bar and watch the game and then groups were staying in hotel rooms together. The other hikers mentioned it to me yesterday and then I saw even more today that were hikers I knew along with new ones. It was a really nice group, but I just came off a zero after a lot of socializing the last few weeks and I knew that something like this would wear me out. It was very tempting, but I ended up choosing to pass and I’m sure I’ll see many of them up trail since my plan is to stop at a town tomorrow night. It was still fun to leapfrog with many of them today as they are all enjoyable.

The big event of the day was that the trail entered New York. I heard these northern states would go by quickly and it’s fun to be entering new states so often. New Jersey was characterized as being swampy and I’ve heard New York is full of more rocks…well, it didn’t disappoint on that front. There was A LOT of hiking and even scrambling on large rocks and boulders today. 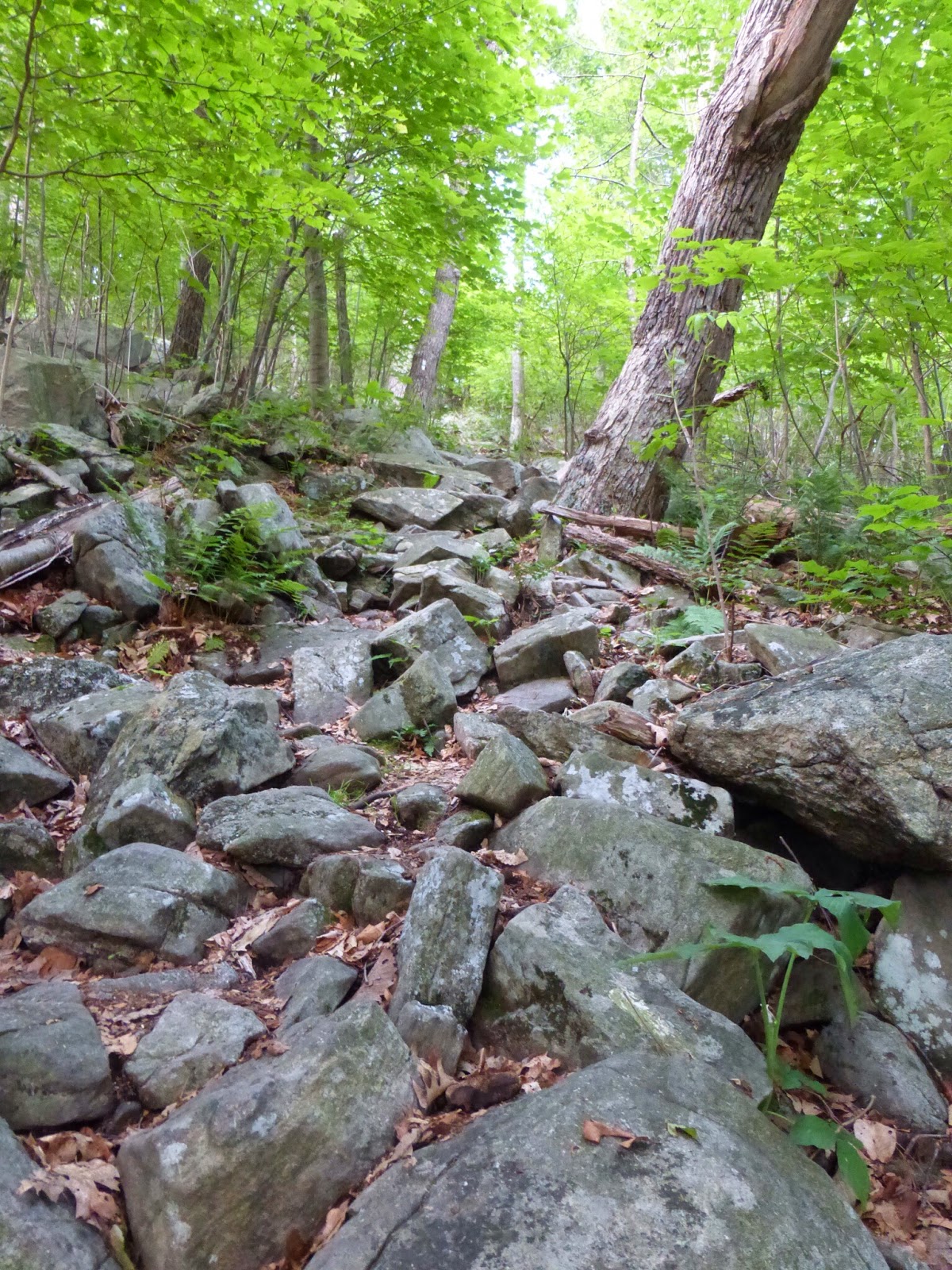 Again, the water sources today were shallow, slow moving, and tinted maroon from what I heard is the leaves. It makes the water look like it’s a dark beer or something. 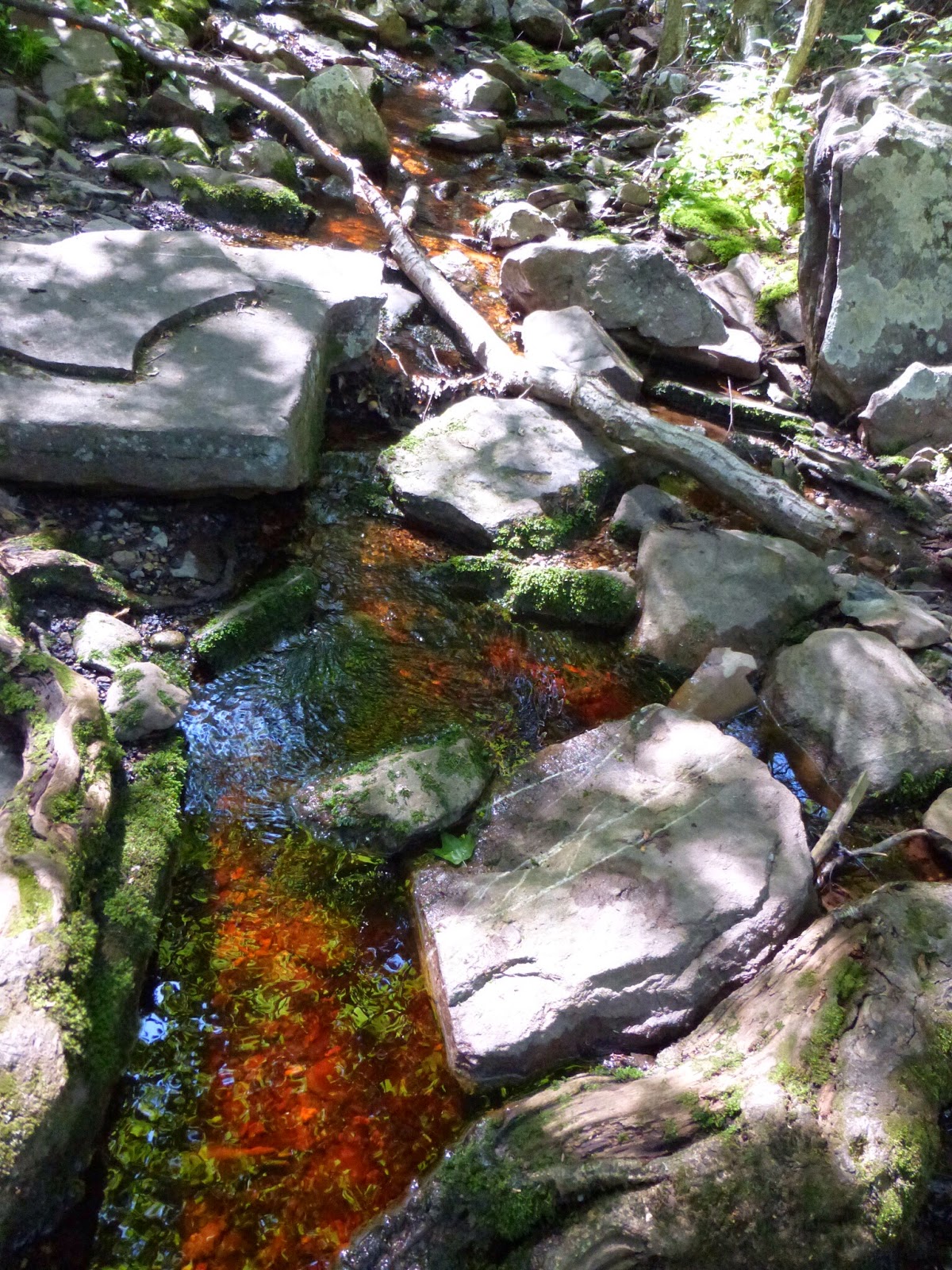 My plan was to do about 28mi today to line me up for a 28mi day into town tomorrow, but my strategy was to just hike and not check my mileage until the afternoon. I felt like I had been moving slower with rocks and climbs on and off in the morning.

Then I hit New York and there were long stretches along ridges of rock and scrambles up and down large boulders. 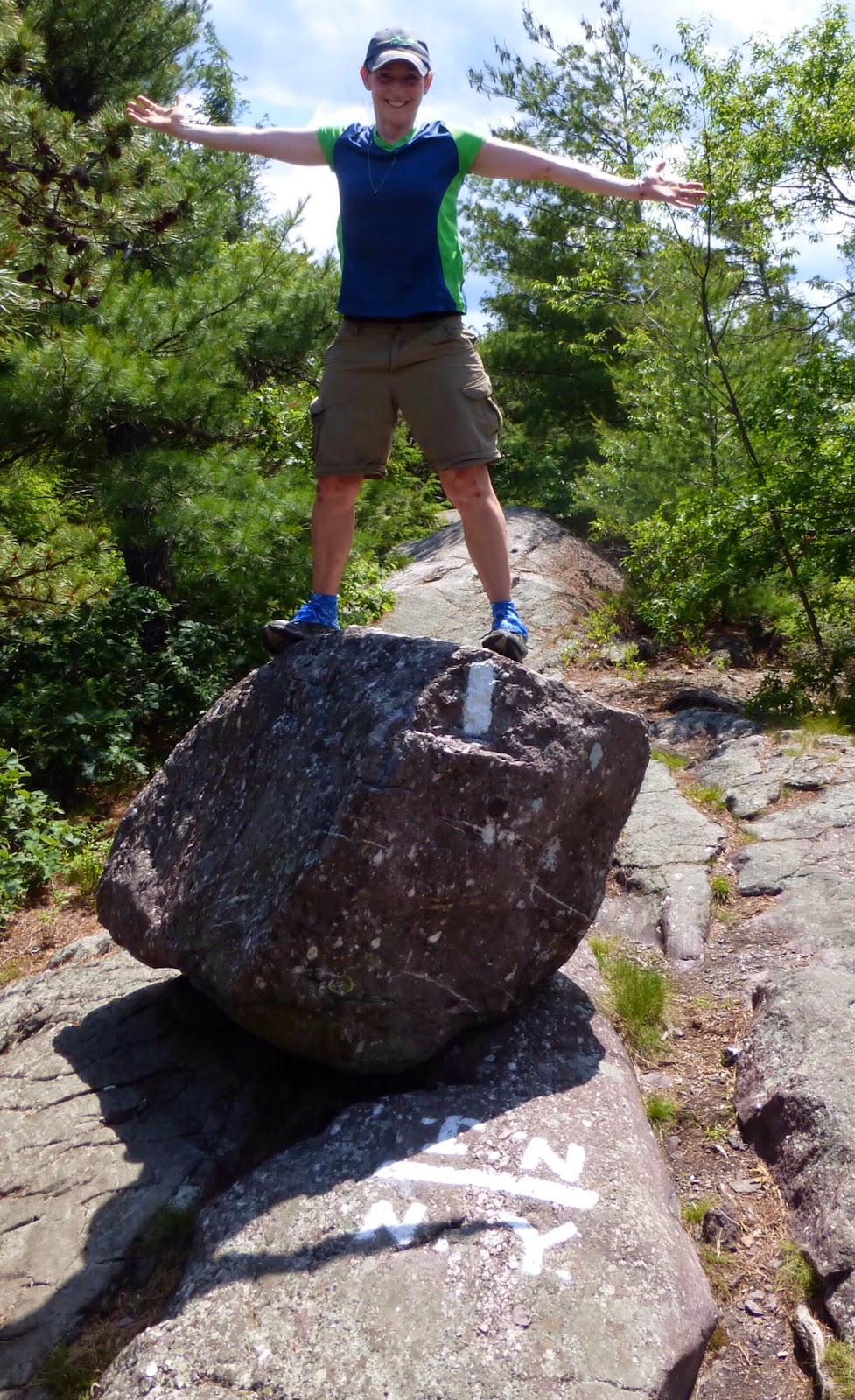 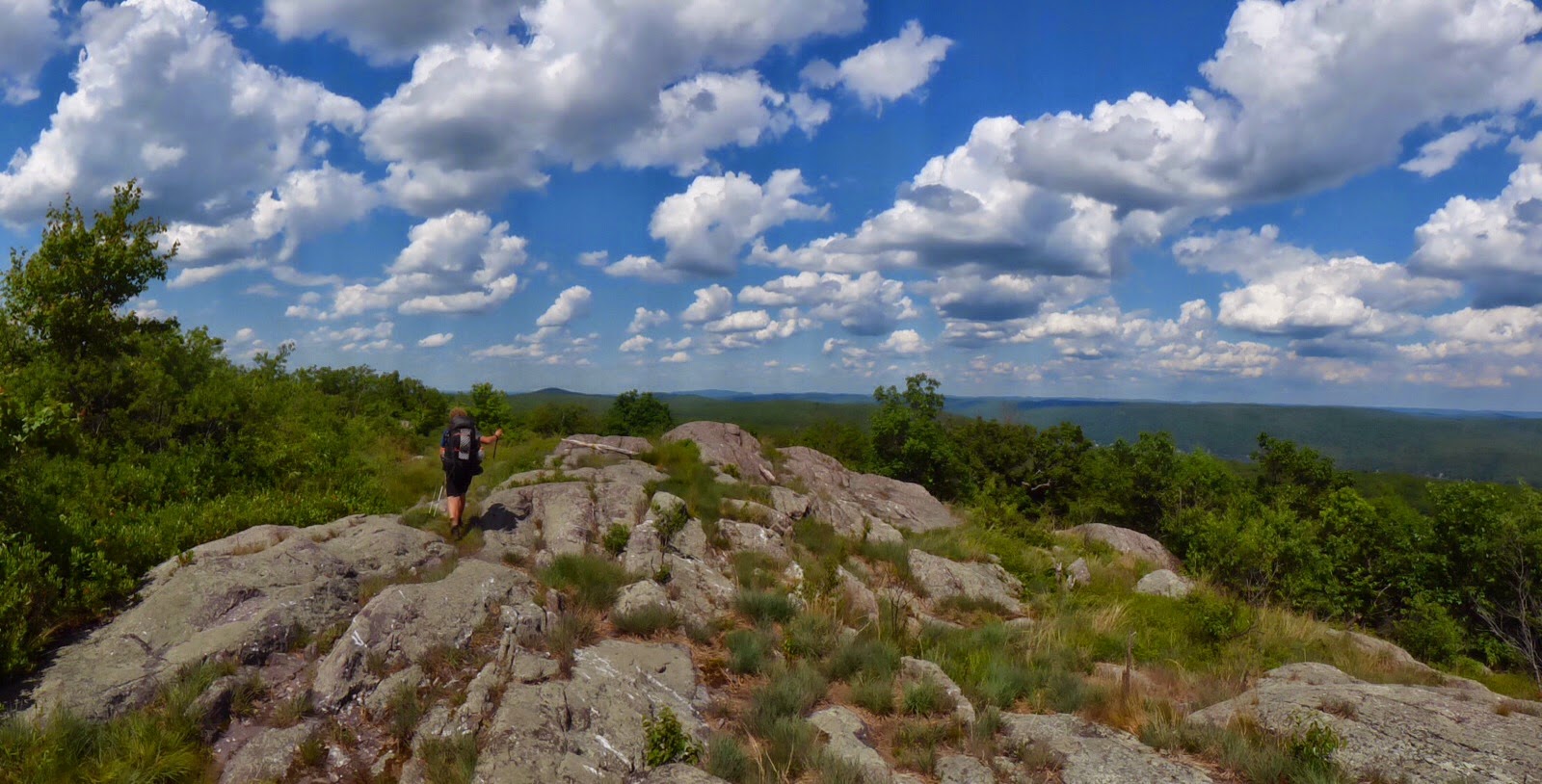 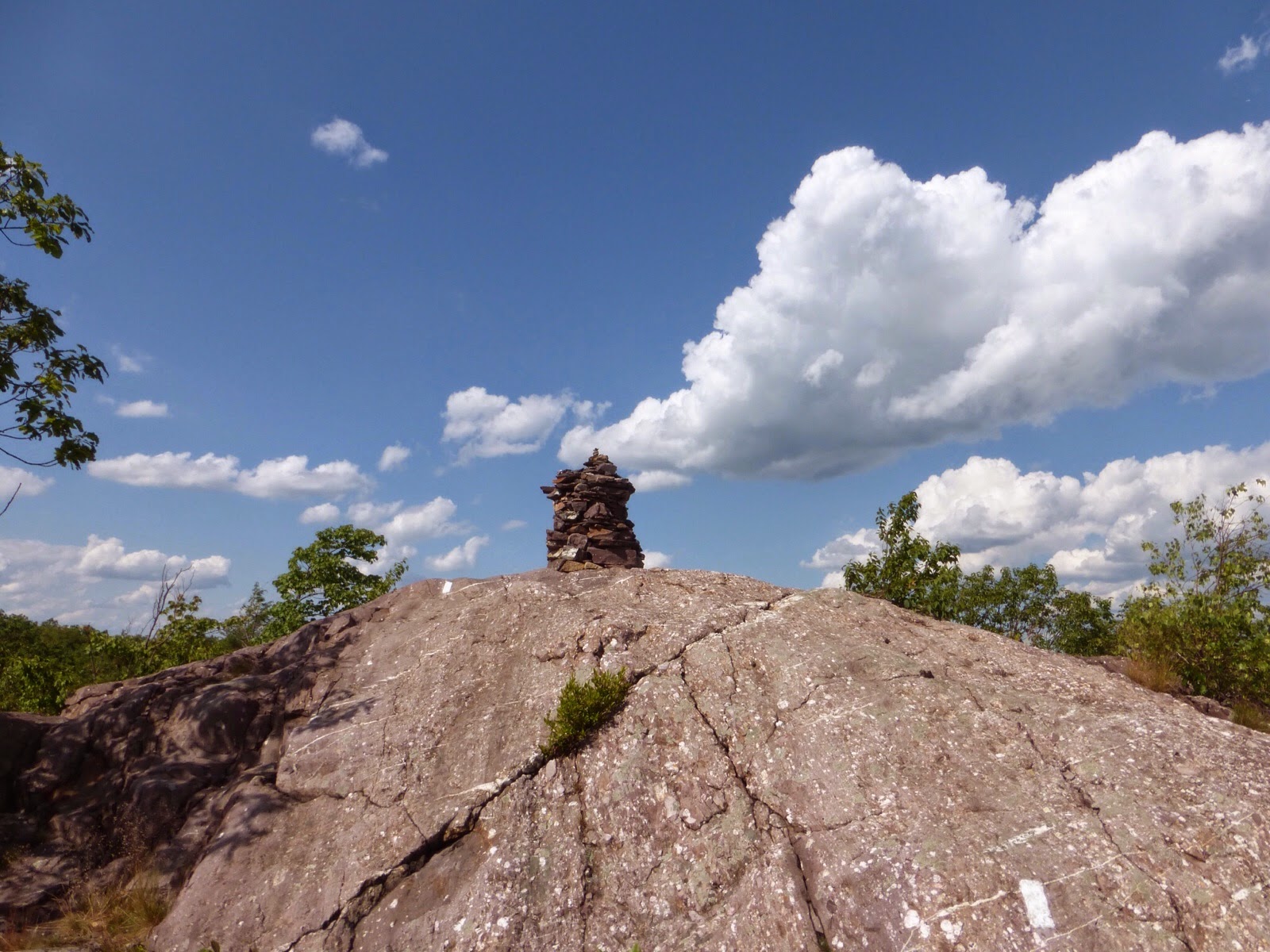 It was tiring and frustrating as it felt like it was really slowing progress. I was hiking with Pyro who was one of the guys that hiked until 4am last night and he agreed that it was tiring. There was even a warning about this section in the guide because the elevation chart looks fairly flat, so it looks deceivingly easier than it is. There was one part that had a ladder to get up rock. Almost immediately after crossing into NY, we also hit the highest point along the AT in New York, Mt Prospect. 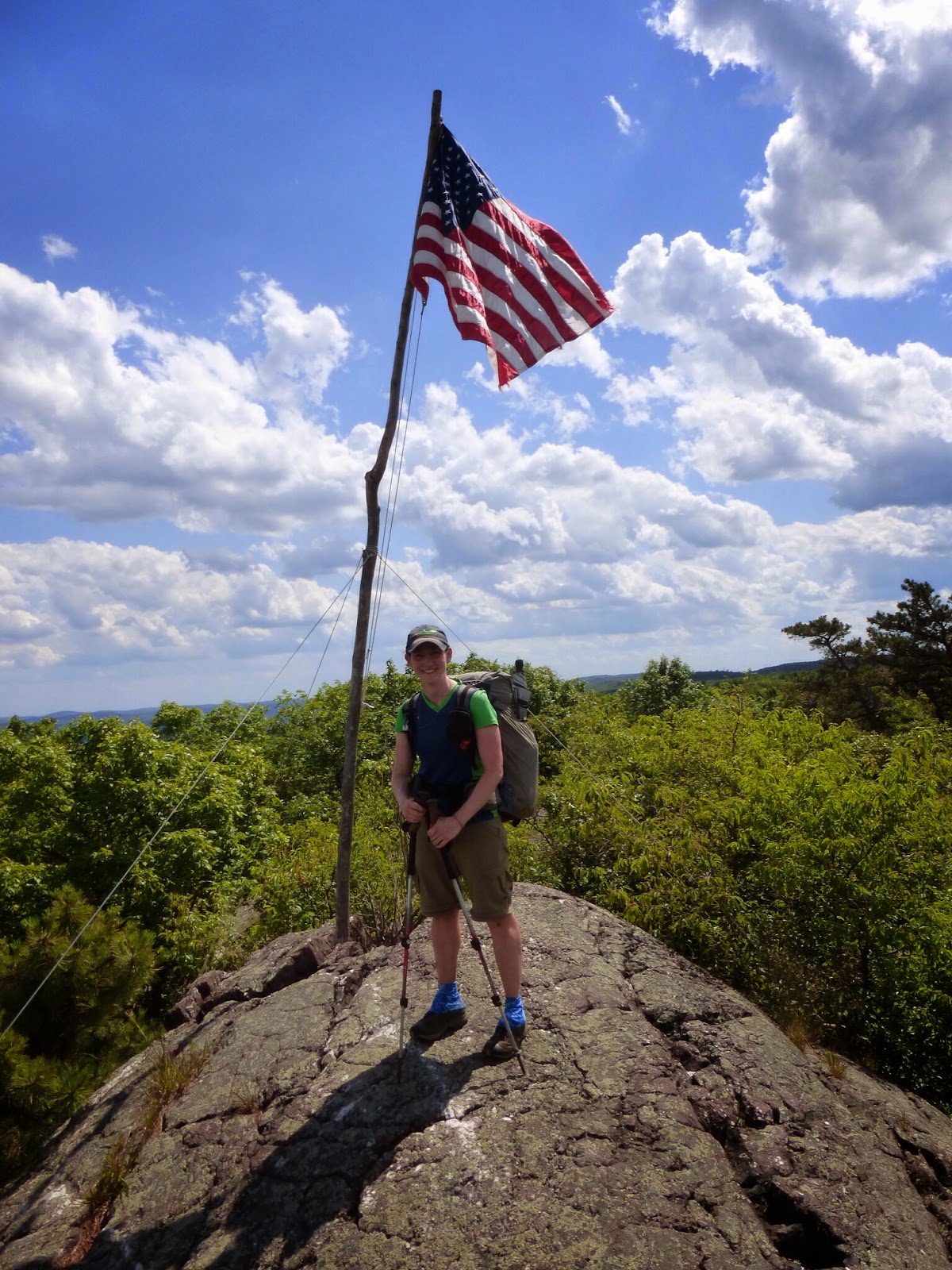 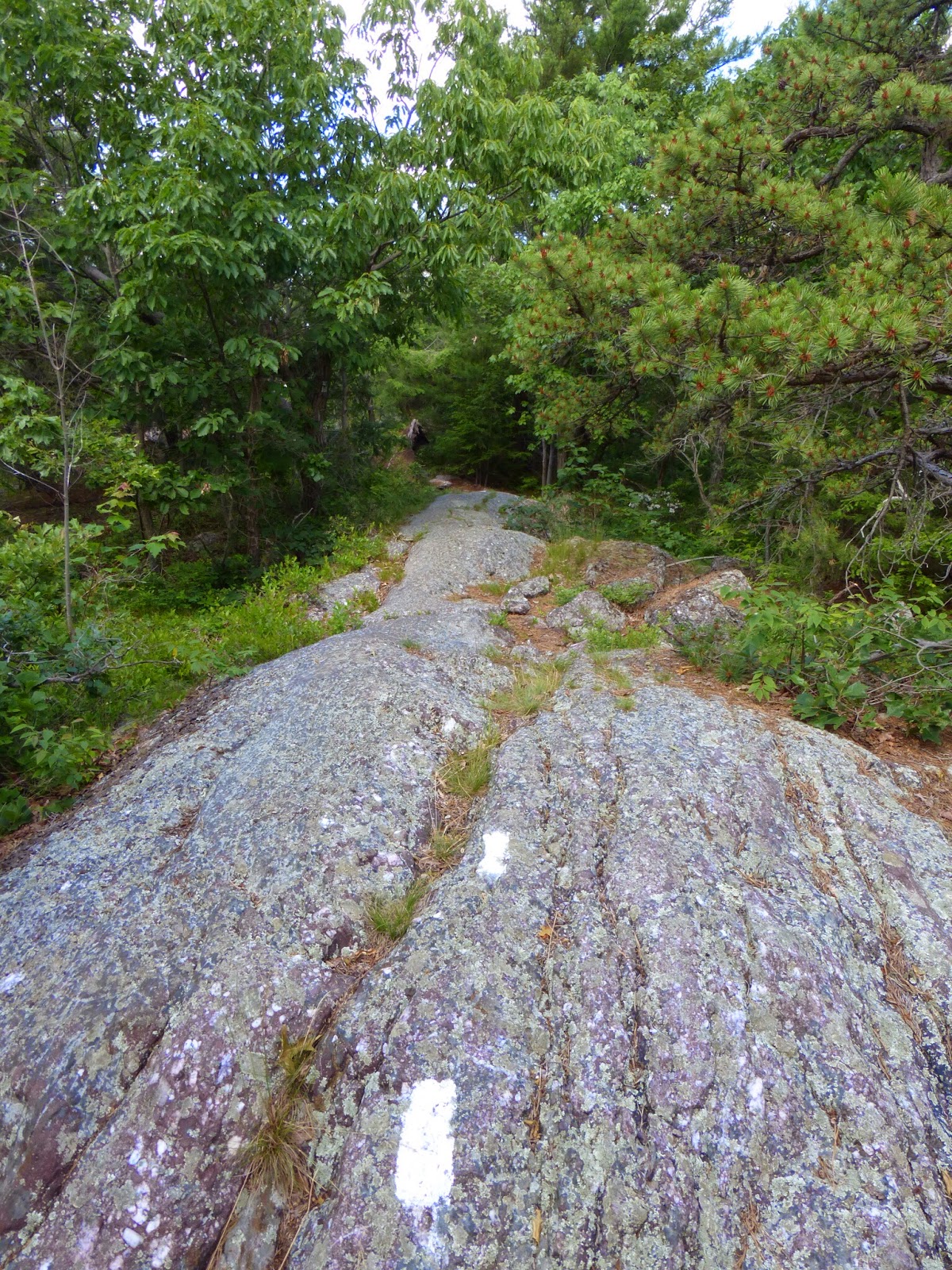 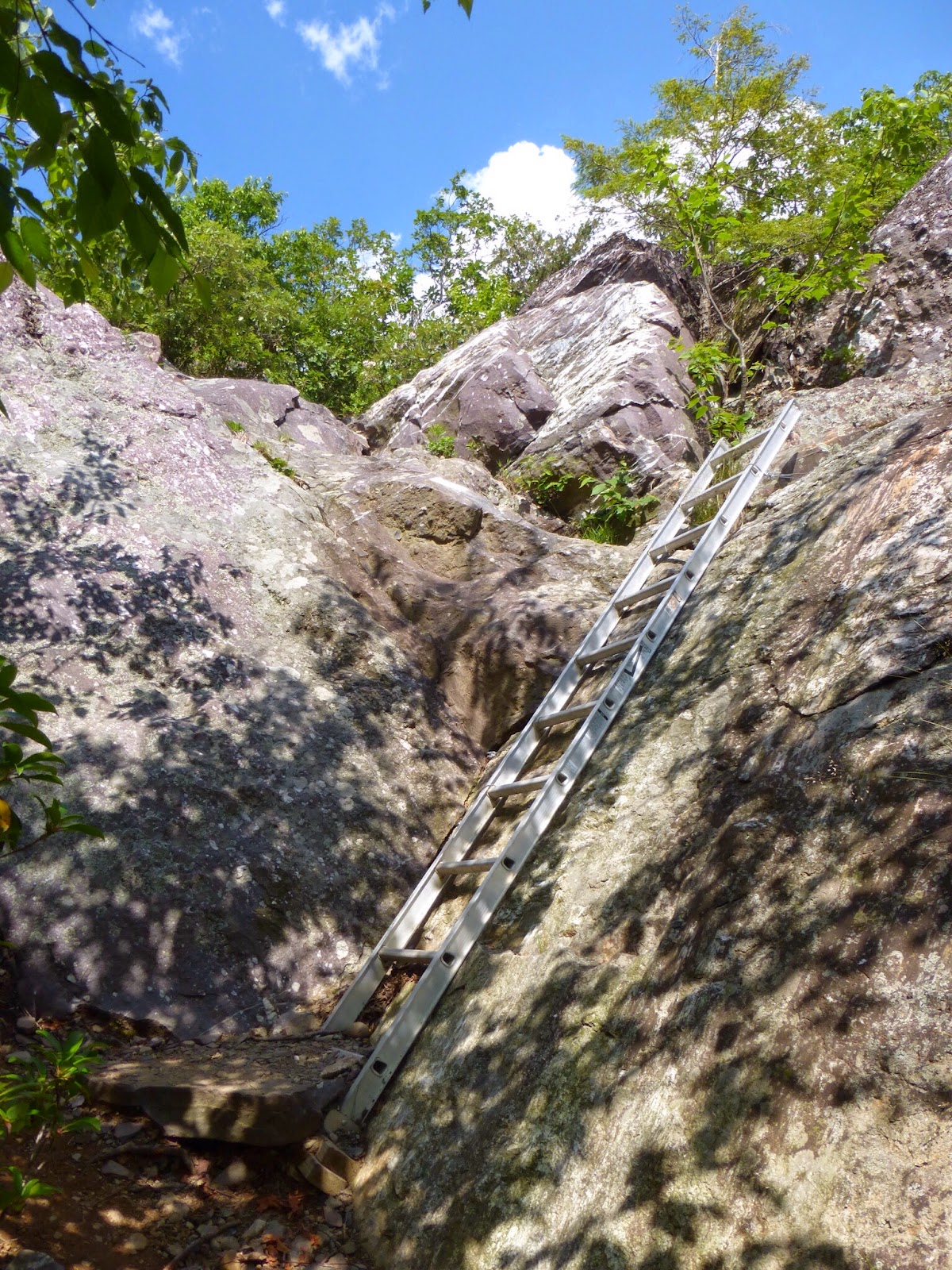 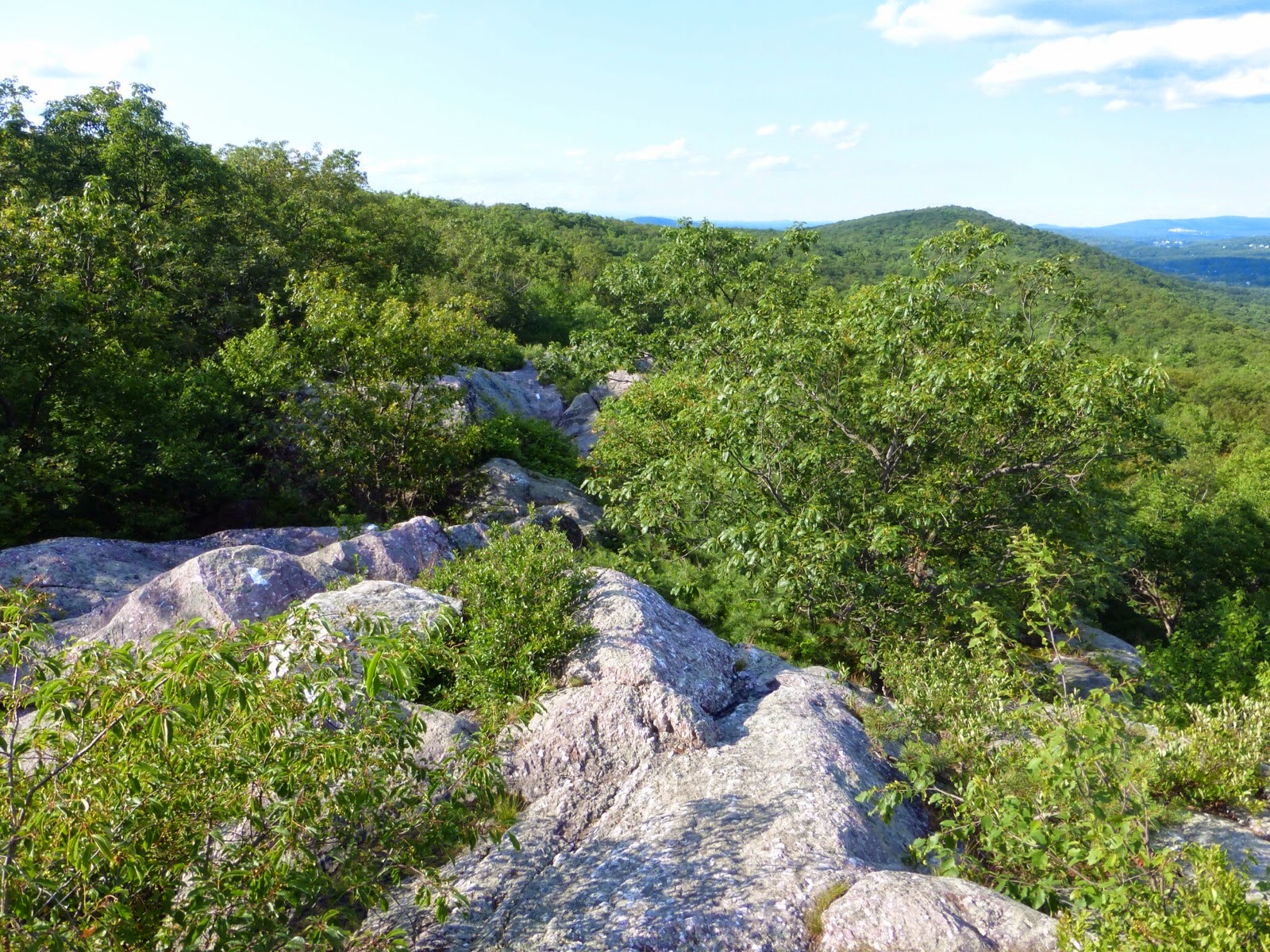 The last couple hours of the day had smoother trail and I got a second wind. It was nice to have the trail to myself with so many going to town for the game. I decided to take advantage of the energy and hike a bit later than usual to give myself a couple less miles do tomorrow to get to town. I found a radio station with the World Cup match and that was really entertaining. Sadly, I lost reception at the half and didn’t get it back at camp. I was trying to go a bit further to the top of a climb and it got rockier, so I stopped and set up my tent at 7pm to avoid going into a section with too many rocks to camp.

I then checked my mileage and realized that I had done exactly 30, ha! That felt good since I thought the rocks had slowed me more. I’m definitely ready to sleep tonight! I was able to get a bit of service to check the soccer match and saw that it was an entertaining one!