I got going by 6:50am this morning and the first thing I had to do this morning was to descend from St John’s Ledges on these large rock steps that weren’t really steps at times and more like steep rocks to precariously step down. Here is a view looking up at some of what I came down. It didn’t last too long and it was followed by a nice extended river walk. It was so level and clear that I was able to get a lot of planning done for the next couple legs. I was able to walk and get many phone calls and emails done, so that was great! 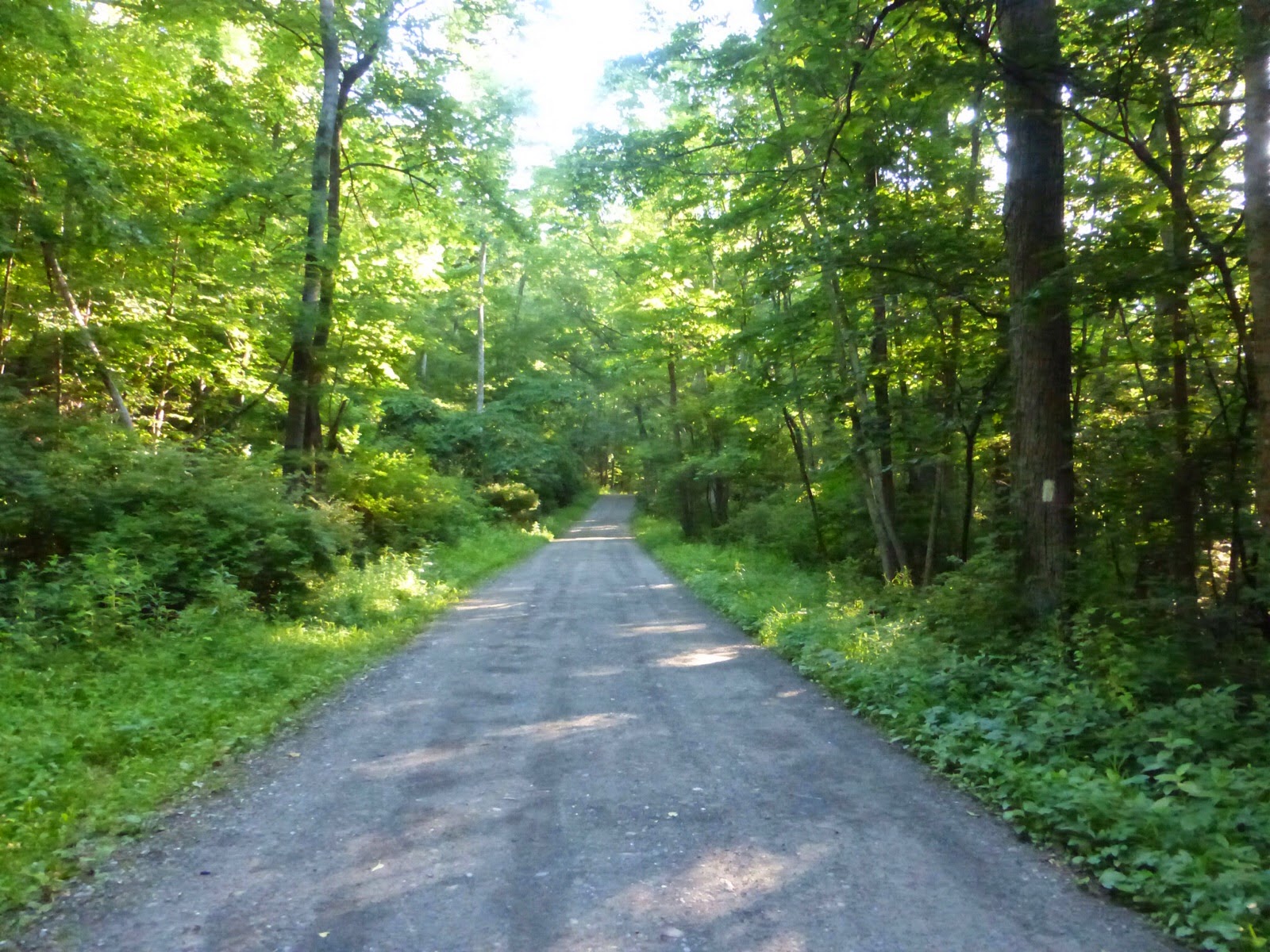 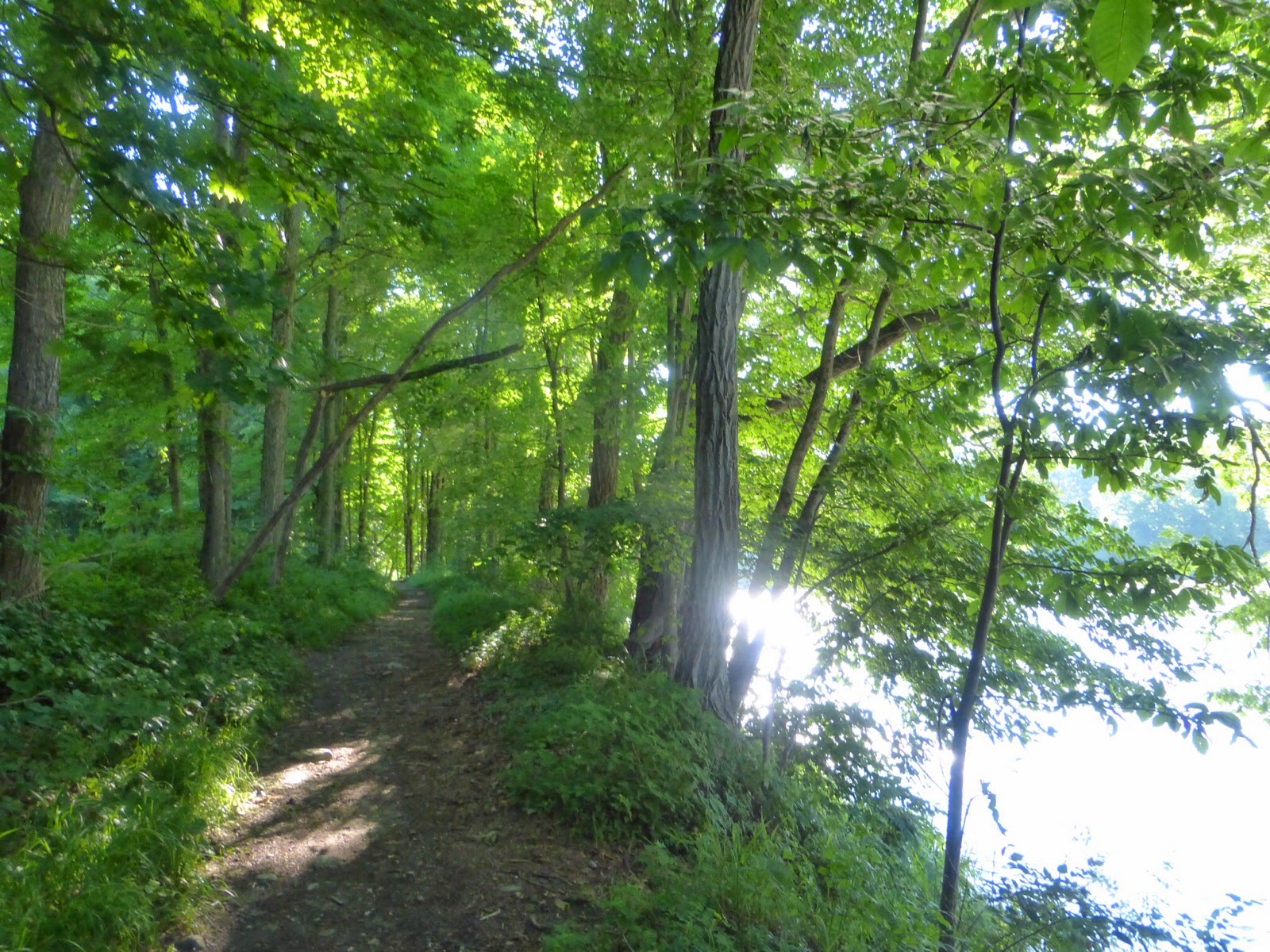 After the extended level trail, there were more ups and downs. Thankfully, it was not as hot and humid. I was still dripping sweat on the climbs, but it was in the upper 70s and what I would call clammy as it was still a bit humid. As the day went on, it seemed to just get better, so that was nice. The trail was also more of what I enjoy with less rocks and more pine needles…but there were surely some rocky sections. 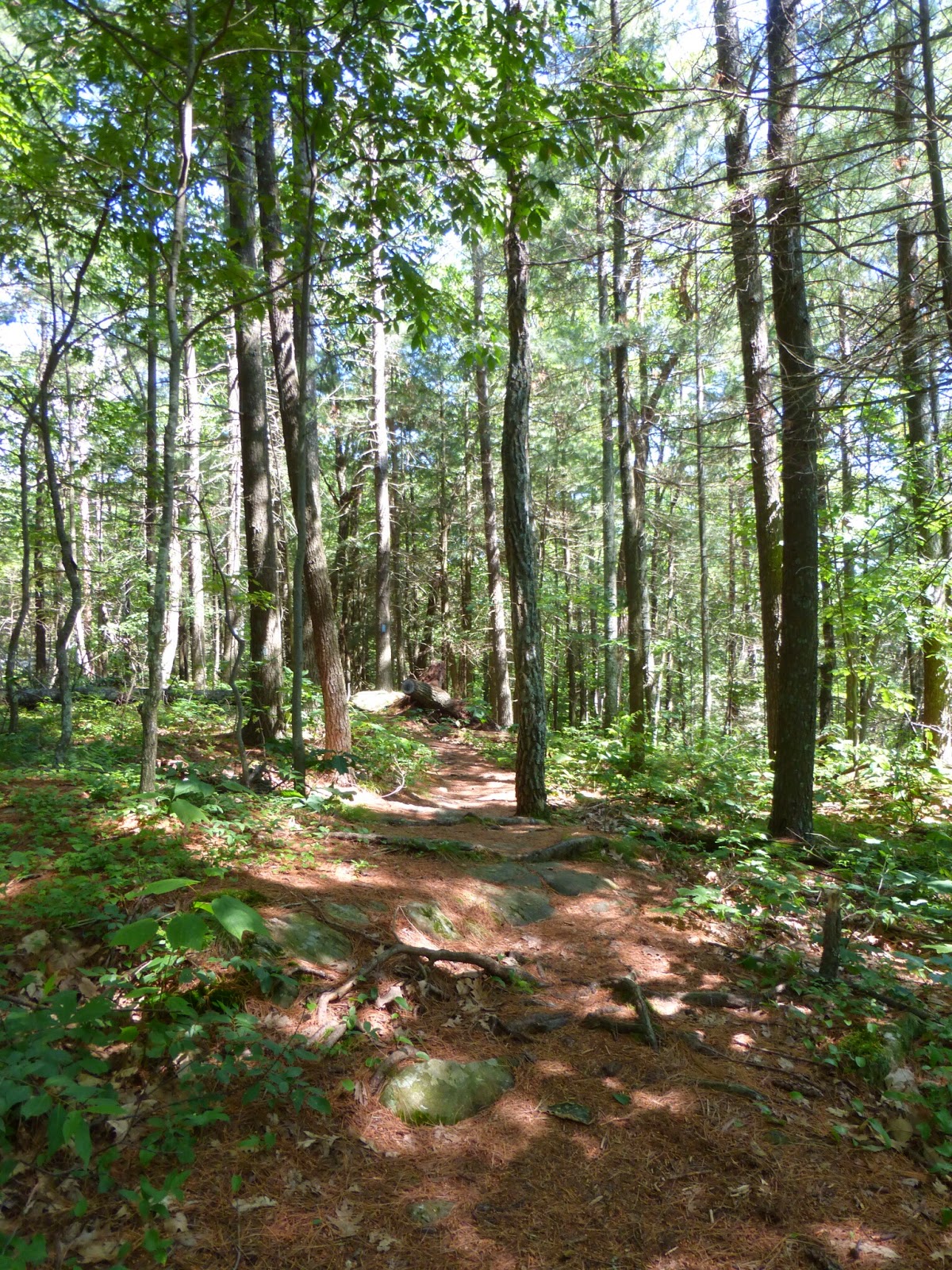 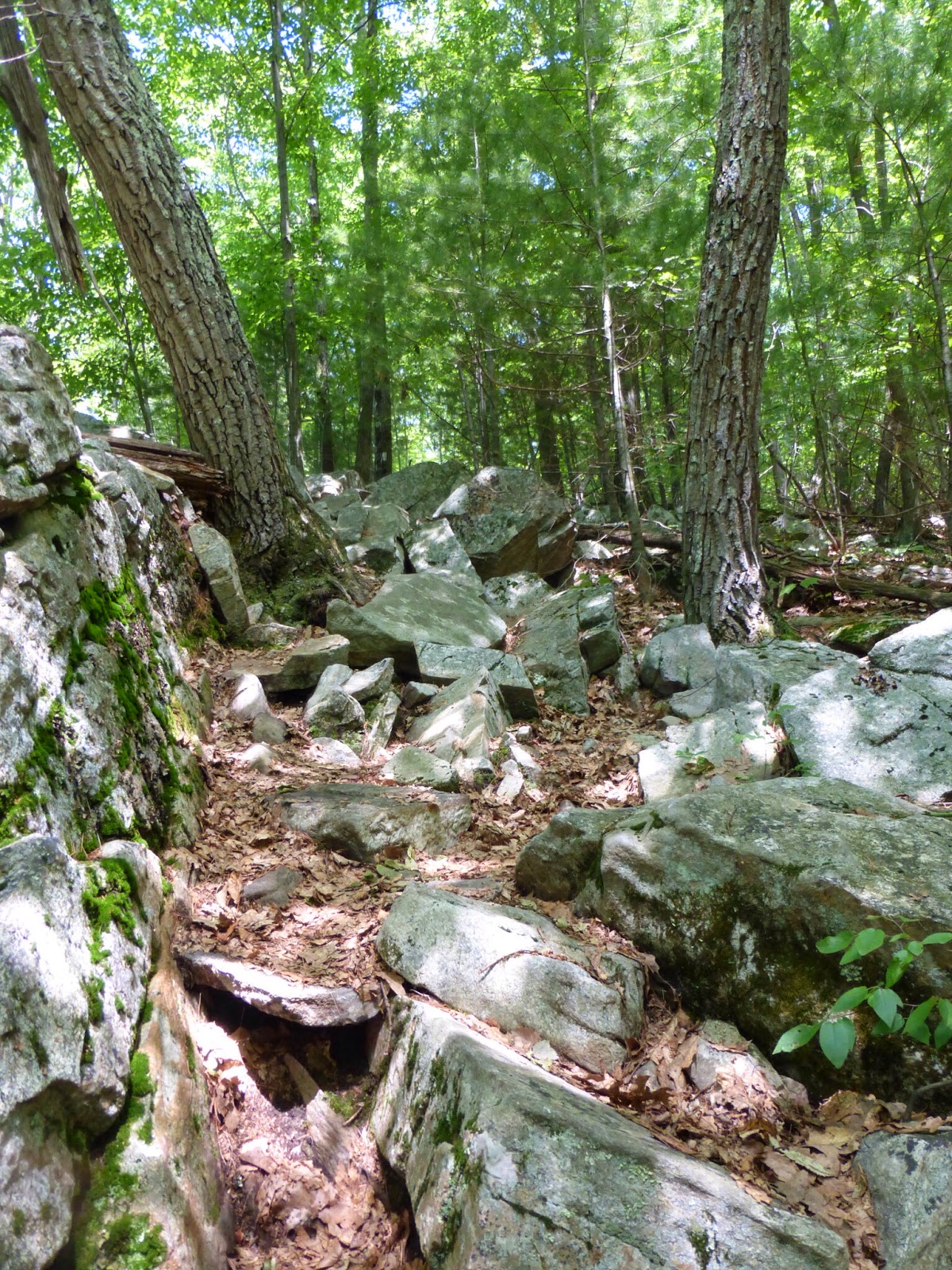 With the heat, I’ve been drinking a lot more water and it can be time consuming to stop and filter each time. I’ve been using bleach drops half the time to save the time of filtering and I was fortunate to get water from a spigot on a school building I walked by today too. I do have to say the sources are getting a lot better with more frequent streams that are also picturesque with big mossy rocks. 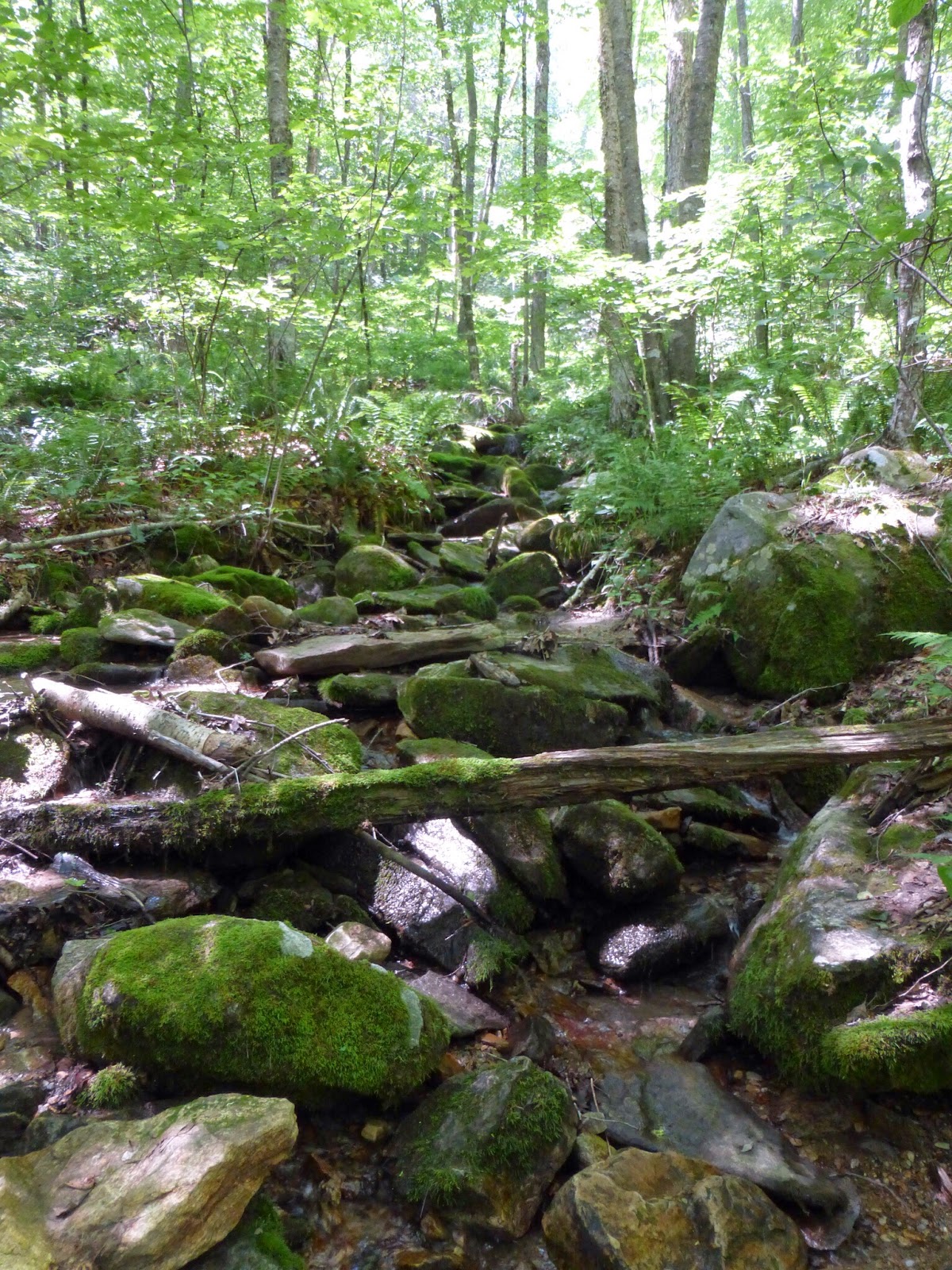 It was pretty dead on the trail with no one out. I keep hearing that there are people behind and ahead of me, but I must be just off track from them. Some have described it as the eye of the storm when it’s calm and quiet where you are and all the action is around you. I didn’t see a single person on trail until lunch and that’s when I came upon trail magic! A woman named Trail Momma was waiting for her husband and son who are thru hiking and were camped at a shelter before where I started this morning along with four others. Her daughter is with them for the week and she was too until she fell a couple times and scraped her face and the rest of her body. She didn’t expect them until the afternoon, so she decided to do trail magic while she waited. It was perfect timing as I was just about to stop for lunch. Trail Momma made me a PB&J sandwich and gave me some cookies and I ate lunch there. That was a nice break. THANK YOU Trail Momma! 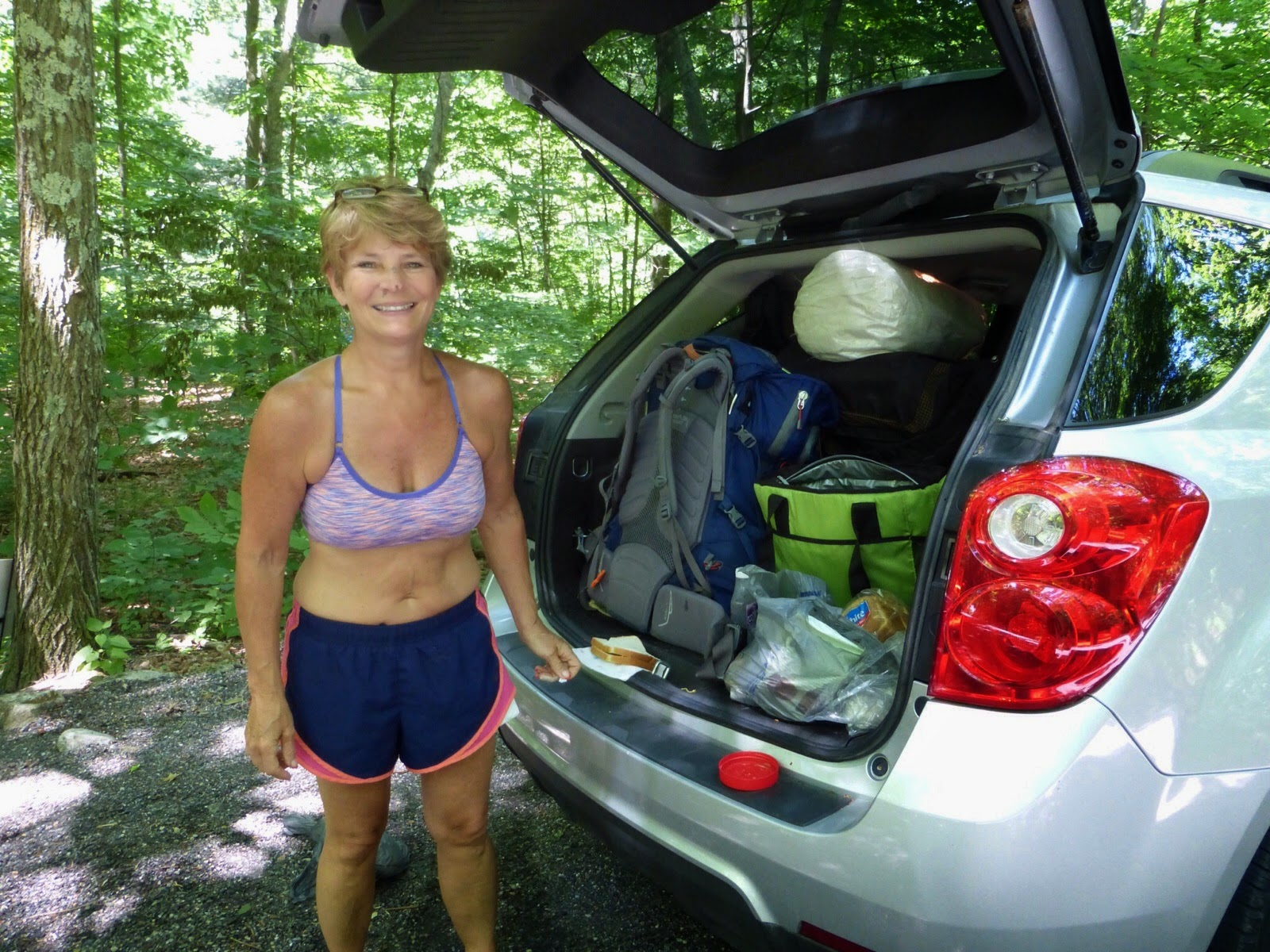 The second half of the day had some short climbs and then nice descents. Most were gradual with few rocks, so it made for good cruising. Once again, the views were minimal and lacking. I did get a picture of a couple. 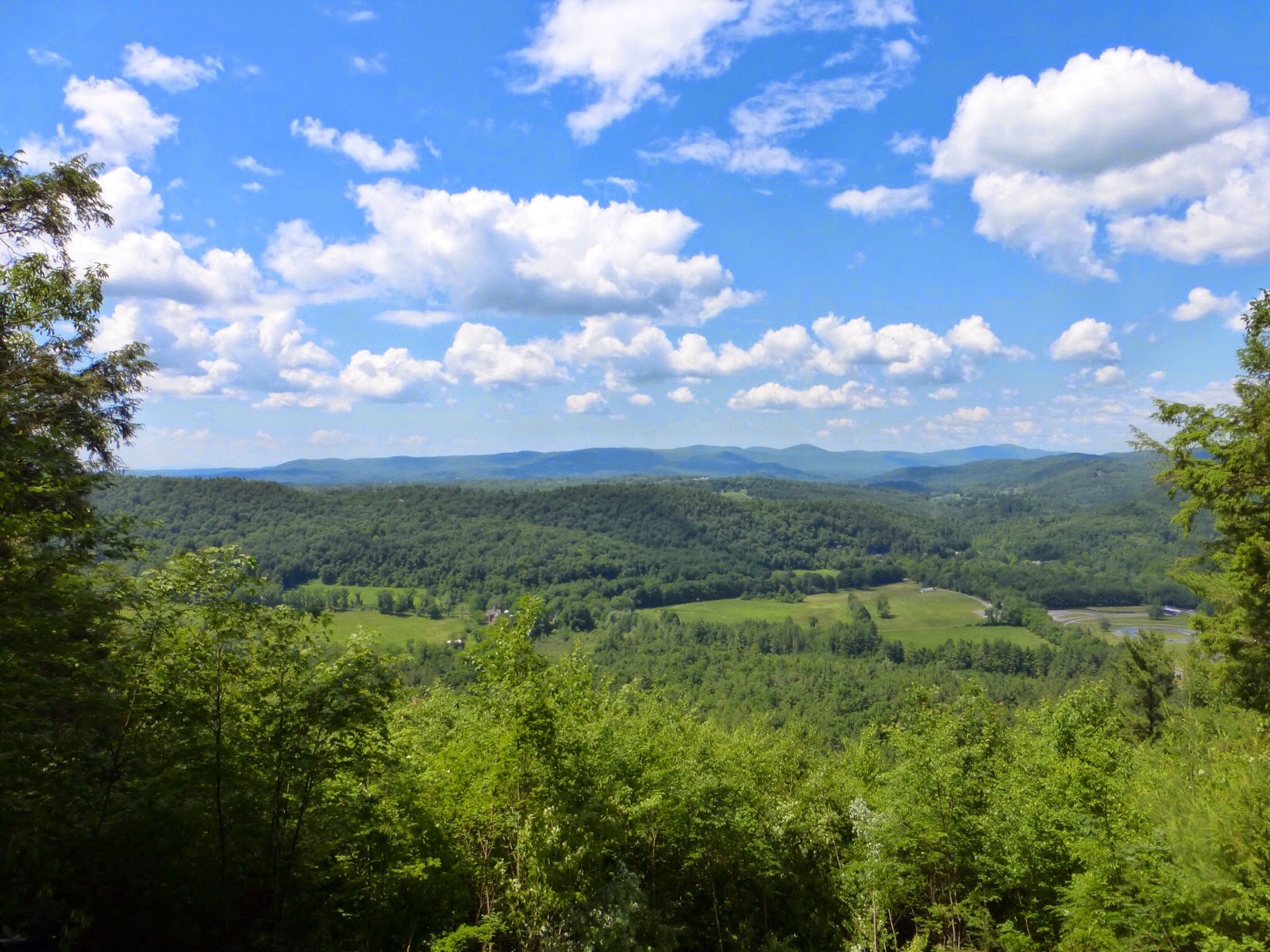 I saw some weekenders later in the day and they said they saw about 25 people hiking north, so I really must be in the eye of the storm. Around 4pm, I saw three thrus who were planning to stop at a shelter near there, so I probably won’t see them again. I actually enjoyed having it be so quiet on trail today. I was in a mood to listen to music and did that most of the day and then listened to the audiobook of Night Magic a bit…eh, I’m still waiting to see where it’s headed. Tomorrow is Saturday, so I’m expecting lots of traffic along the trail. At the end of the day I realized I’d have to either stop early or hike late to avoid landing near roads and residential areas. I chose to hike til 7:15pm until I found a great campsite near a stream and that got me just over 30mi for the day, so that was nice. I haven’t gotten to sleep with the sound of a stream very much on the trail and I miss that. 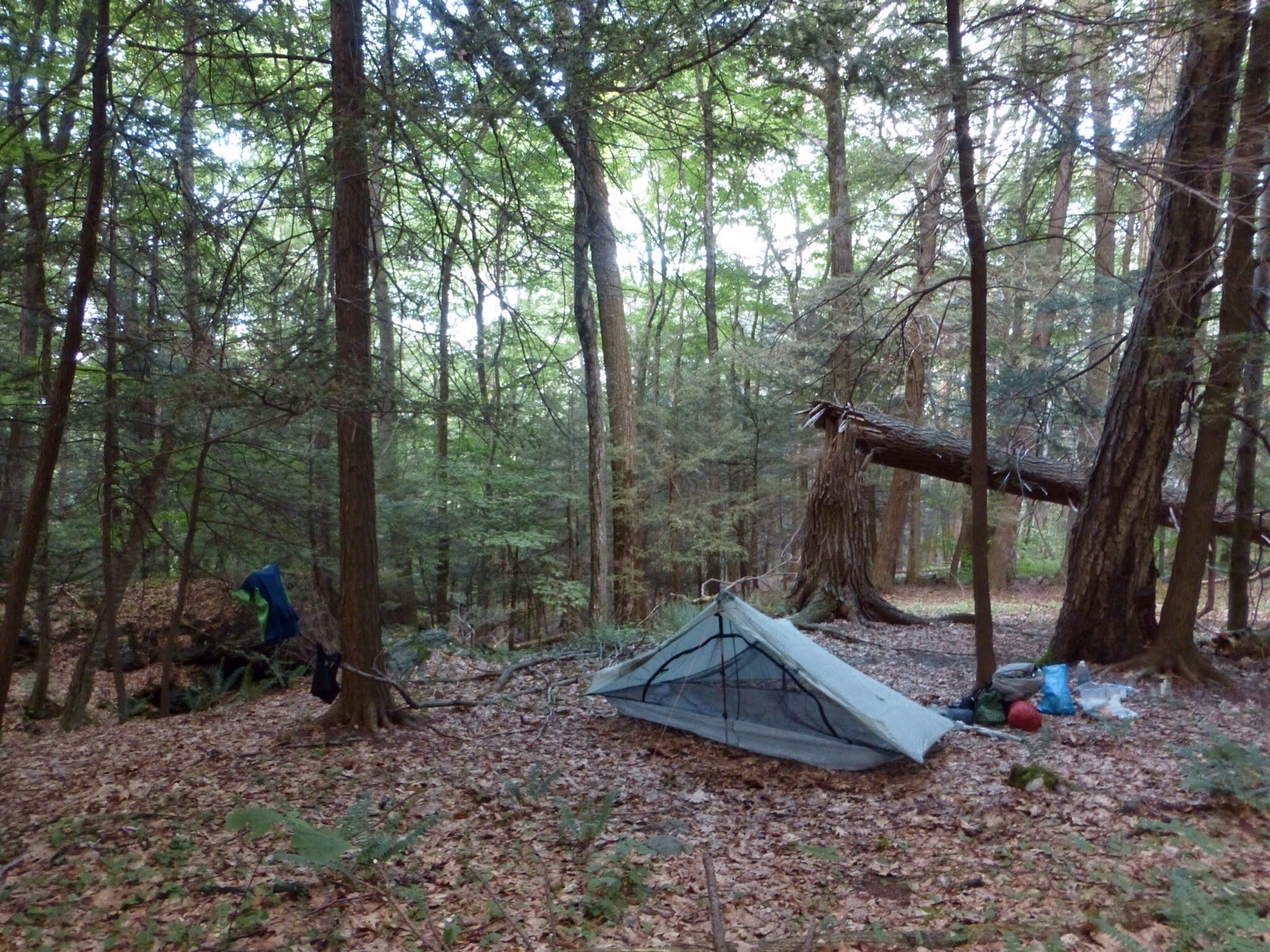 I’m glad that I did good miles the last few days because I’m headed to town tomorrow and have 20mi to do, so I’m excited to get there in the afternoon. I’m falling asleep as I write this which has been happening a lot lately. I think it’s the humidity and I’m hoping this cooler weather sticks around as it’s in the upper 50s right now. Gonna sleep great!