Day 74: Just One Of Those Days

There just aren’t enough hours in the day it seems. I don’t know where all the time goes in town, but it passes way too quickly. I slept great in the most comfortable bed, huddled under covers with pillows all around me, and the air conditioning on full blast. I was up early and lounged until 7:45am watching an episode of OITNB. Then I went downstairs for my first breakfast. Yes, I totally had two breakfasts! Gotta take advantage of a good continental. I had some blogging and emailing to do, but the most arduous task of this “break” was planning out the rest of the trip. I’m a planner, but I detest the process. It took forever as I had been procrastinating these last few stops and I had to figure out my resupply details along with who all I’m going to connect with these final weeks. Yes, there are some fun cameos from previous journals on the way for those of you who have followed since the beginning…

I’m sooo happy the planning is over, but much like shopping, it put me in a crummy tantrum mood. Oh wait, did I mention I also had to go shopping for my resupply!? Yeah, that didn’t help much either. As you can see, the tantrum mood is still present as I write this hours later. It was just one of those days where I didn’t want to do anything, but that’s the beauty of solo thru hiking. Nothing happens if you don’t do it, so you just have to suck it up and power through until the mood passes. Today I did wish I had someone who could just do it all for me. The planning, resupply, and camp chores. Then I could sit back and watch more tv, ha!

Another thing that made it difficult was that I had the room for two nights if I wanted, but I knew I didn’t need to take a zero, so I gave it to Jett Cat for tonight. Again, thanks to Craig for the great room and as it has given both of us a boost! Jett Cat is just behind me by about 10mi and is working on catching up with me in the next leg or two hopefully. It took a lot to self control to get back on trail, but I have to keep the forward momentum going and my gut knew it was the right thing to do. I have a zero planned in a couple weeks for when I should be physically ready to rest. Right now, my energy is fine so I should hike. Jett Cat and I are both quite independent hikers, but enjoy hiking together, so we are keeping in touch and hope to overlap more soon.

As for the hiking today, I got on trail later than intended at 3pm(later finding out I missed Jett Cat by a couple minutes!). It started off brushy, hot, and buggy. The deet went on for the third time this hike and may be a daily thing this whole leg which is known for being buggy. It works like a charm and they aren’t biting through my treated clothing either, but I know they will get a lot more intense and that this is just the beginning. 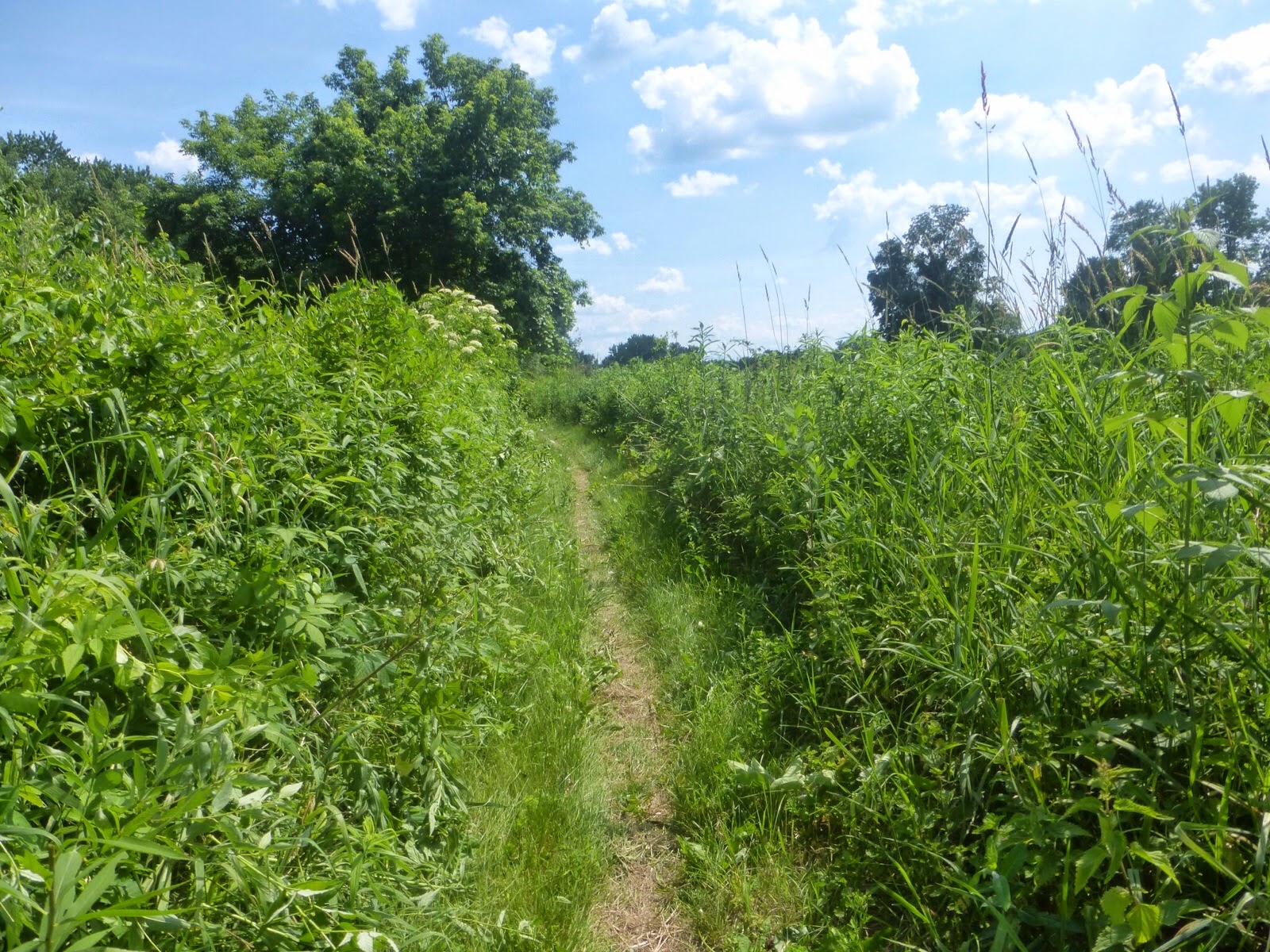 I had not looked at the elevation and was assuming I had more level trail, but that was not the case. There were many short and steep ups and downs and the miles came slower than I’d hoped and I didn’t think to photograph the climbs. There were still some rocks and roots and the pine needles that I really like. 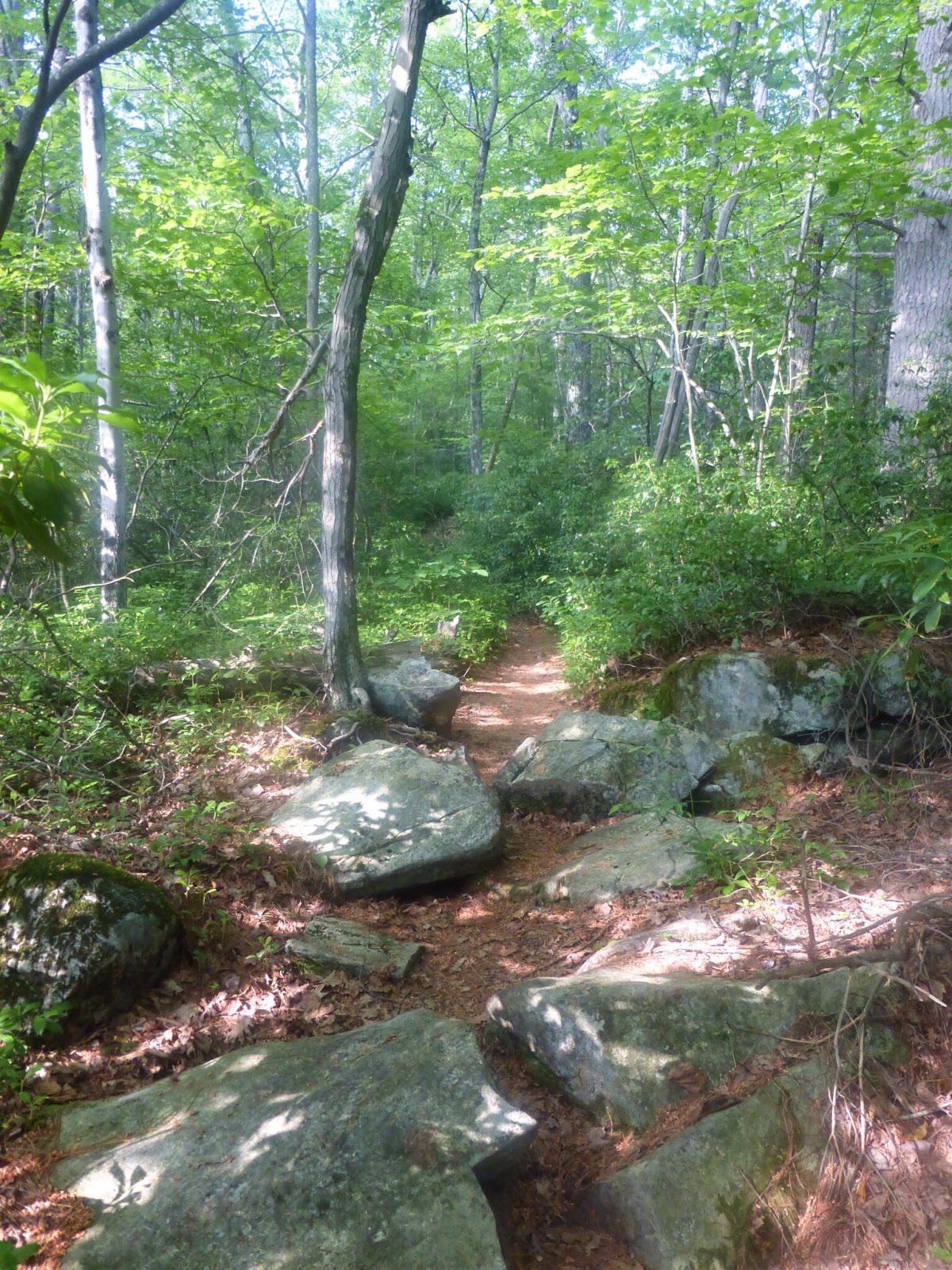 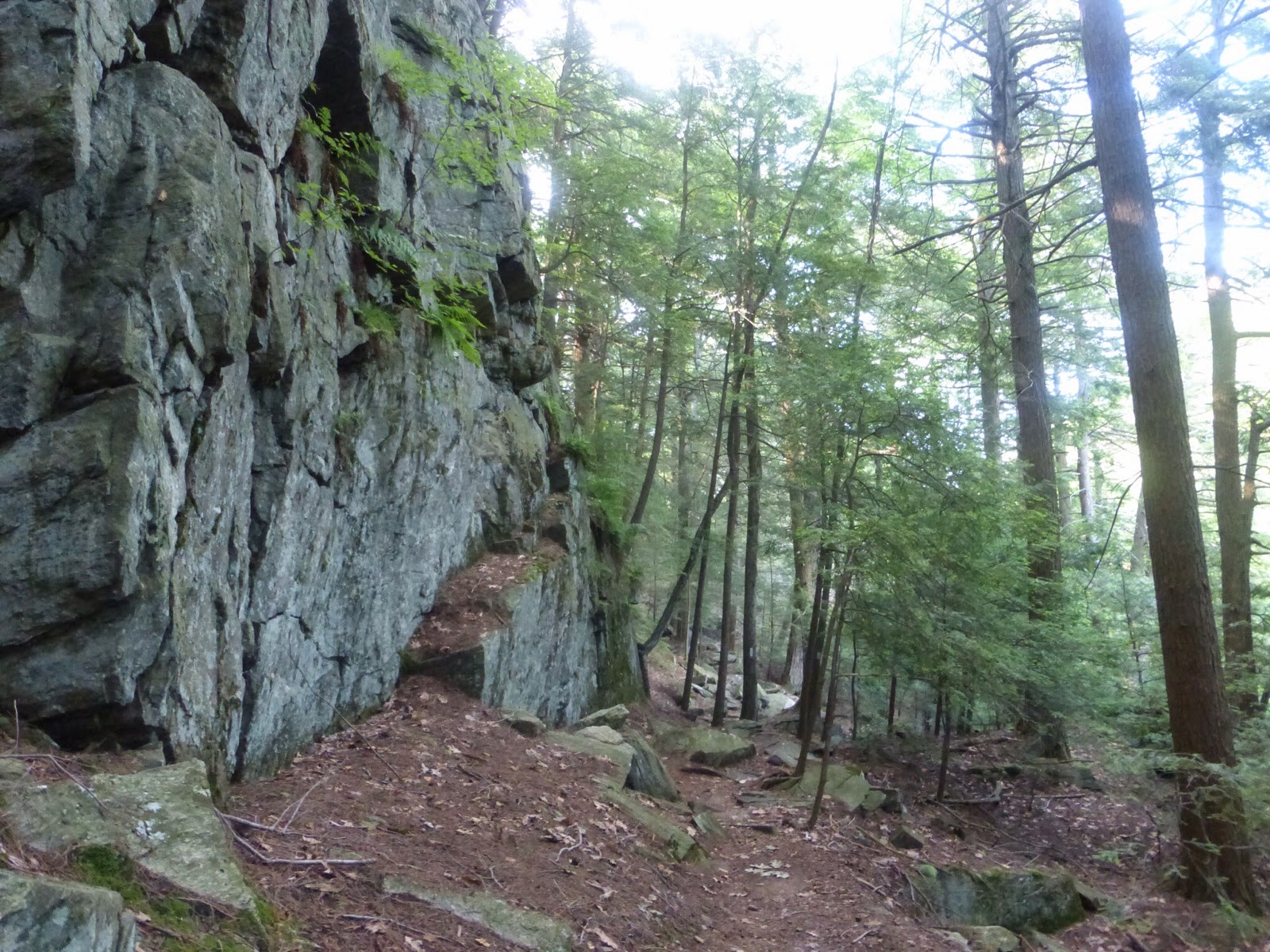 I saw many nice camp spots early on and thought about stopping early since I wasn’t feeling up to doing much. I moved on as I didn’t want to leave town and be under 10mi. Don’t ask me why, it’s a mental thing. If I hike less than 10mi out, I just feel like a slacker. I ended up short of my ideal destination by a mile, but was done and took the first somewhat doable spot in a very brushy area. It had been pretty dark and claustrophobic down lower. 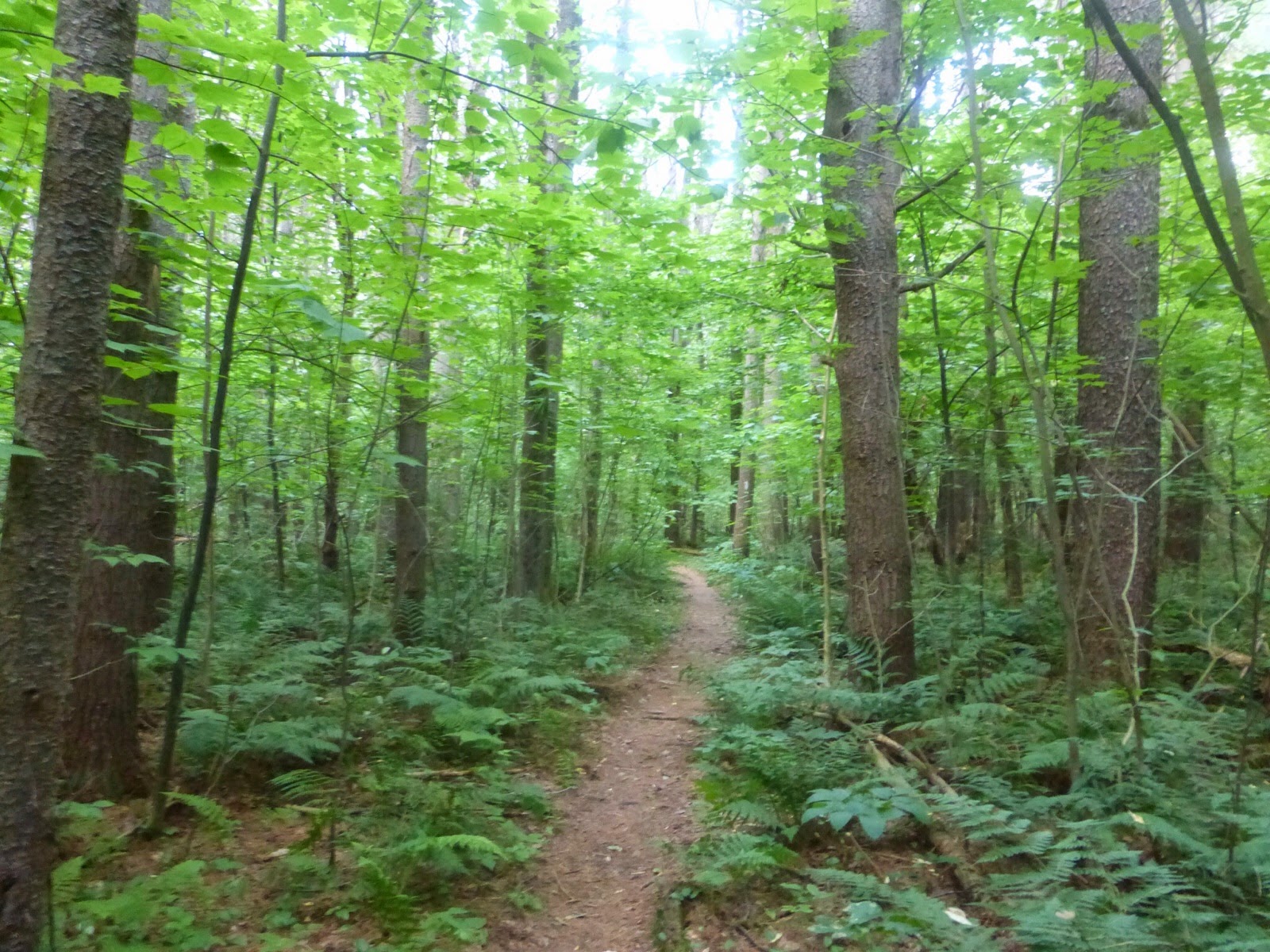 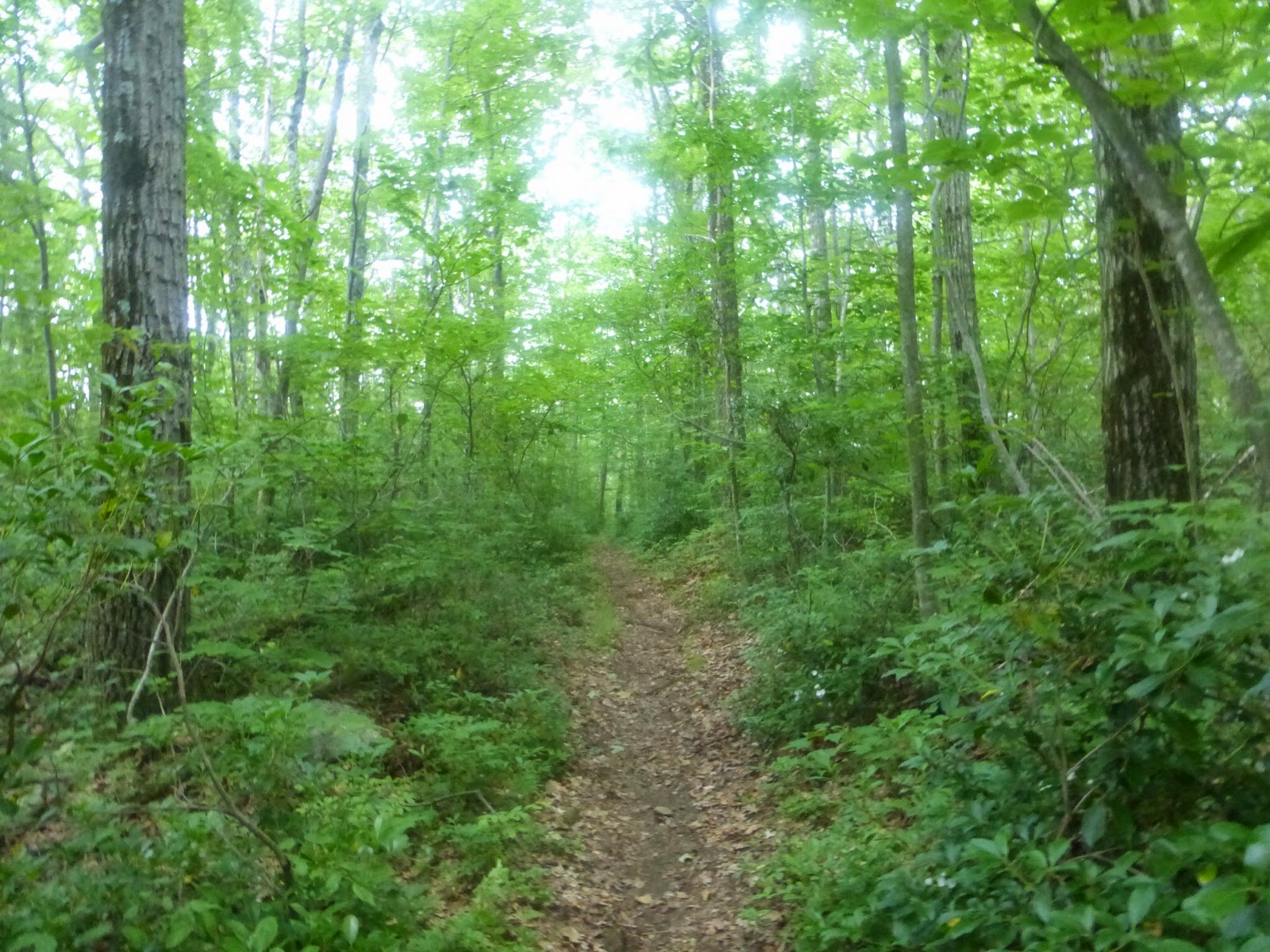 As soon as the trail climbed up high enough for a breeze and slight breaks in the trees to see the horizon, I went into the brush and found a spot. I’m very happy with stopping early (actually 7:20pm) to have the breeze, light, and less bugs. I am near an unmarked pond and the frogs are highly talkative tonight. 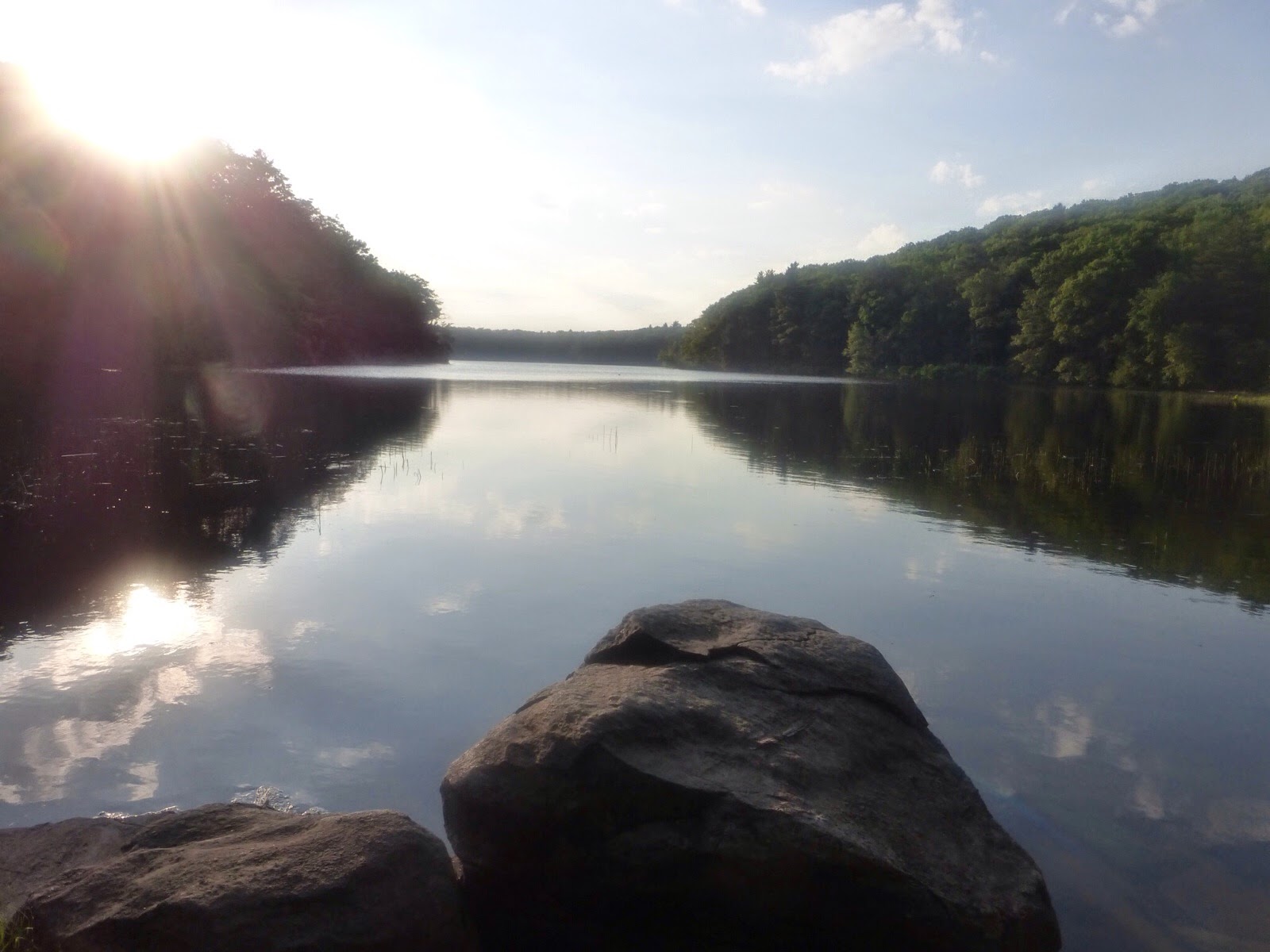 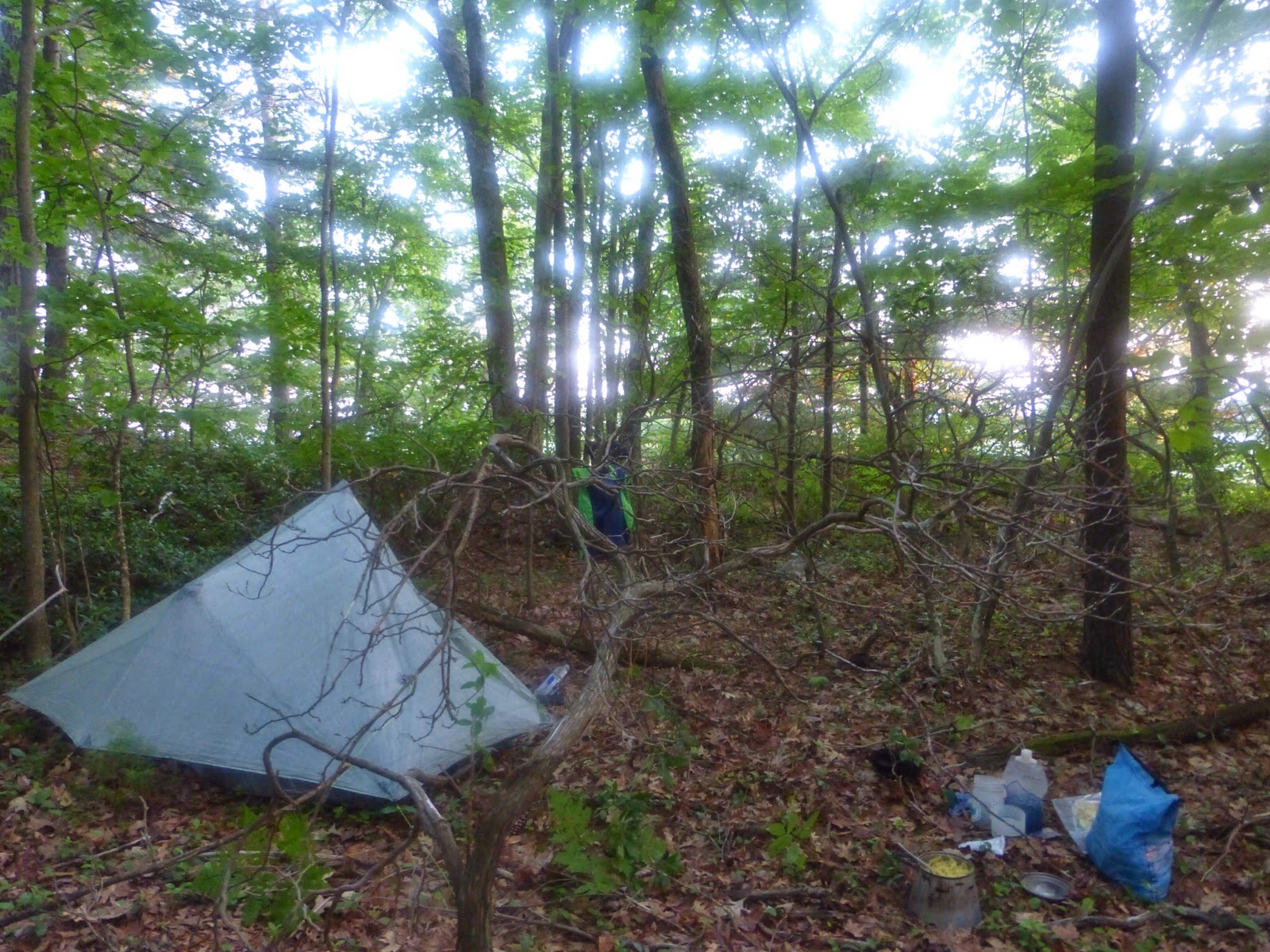 It’s kinda like falling asleep to the pattern of rain. Tomorrow will be a fresh start and I’ll be ready to get back in a groove.