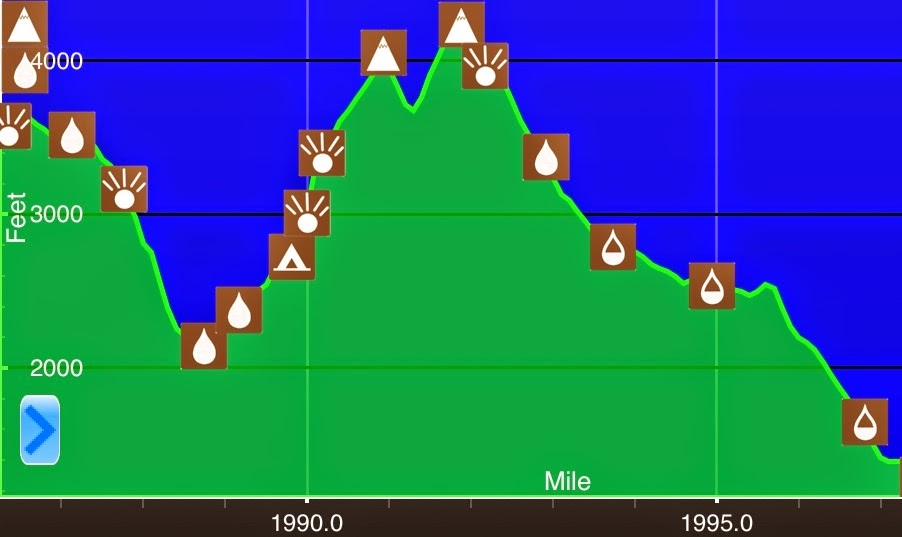 Today was a town day after a six day leg with difficult terrain. We were surprised that our bodies didn’t feel it more, but we did feel like the break was perfectly timed and were nice and relaxed on the 11mi hike into town today. We had camped higher up along a ridge, so it was pretty crisp out this morning and we wore our puffy jackets for the first mile of hiking. I don’t know that I’ve done that since the beginning of the hike. We soon dropped steeply down to the Carrabassett River where we were expecting a ford. The view was nice of the river valley. 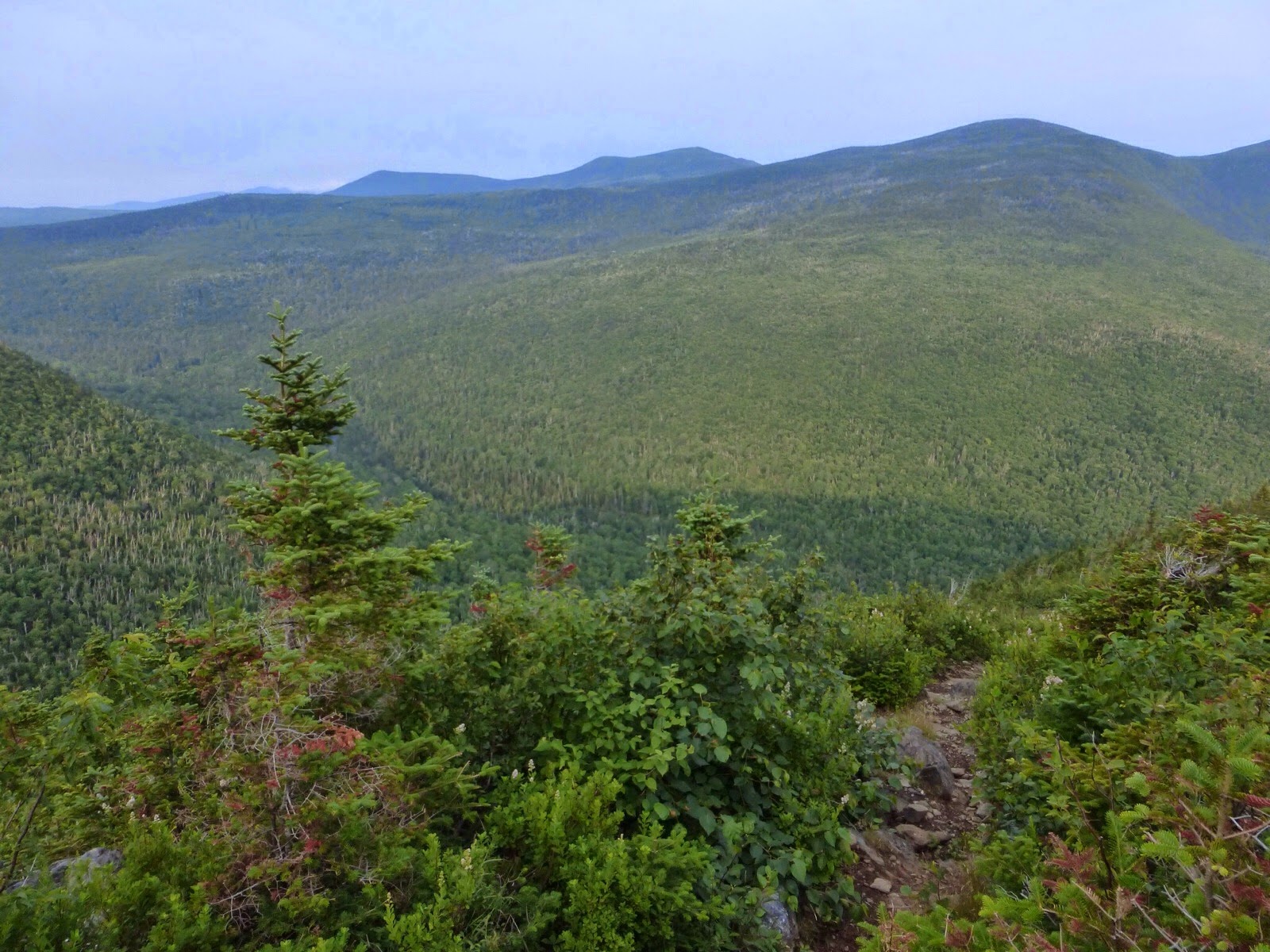 It was slow going on some of it with large jagged rocks to hike down. 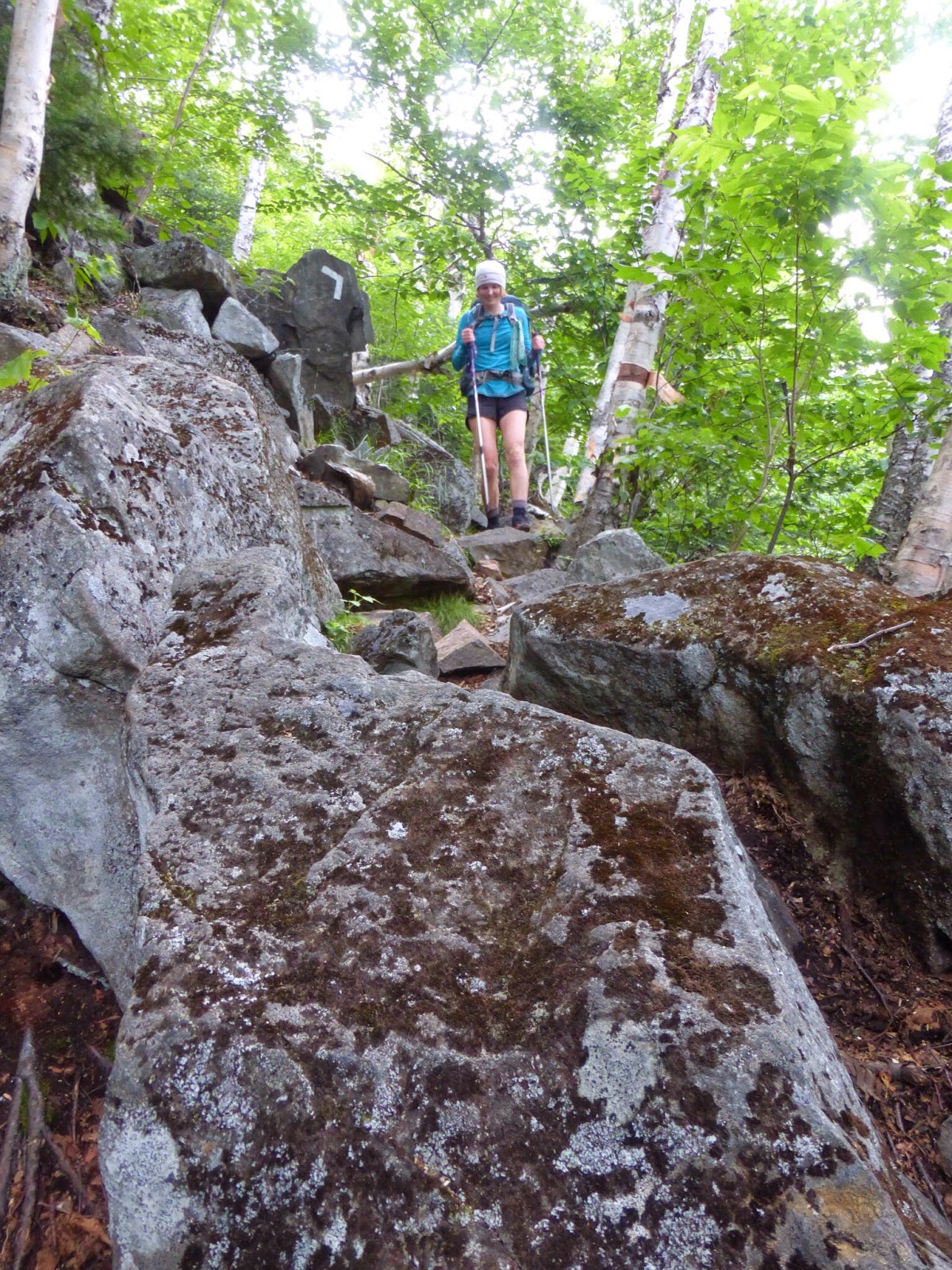 When we reached the crossing, it was really low and had a board to cross on. After all the hype, we were relieved to keep our feet dry. 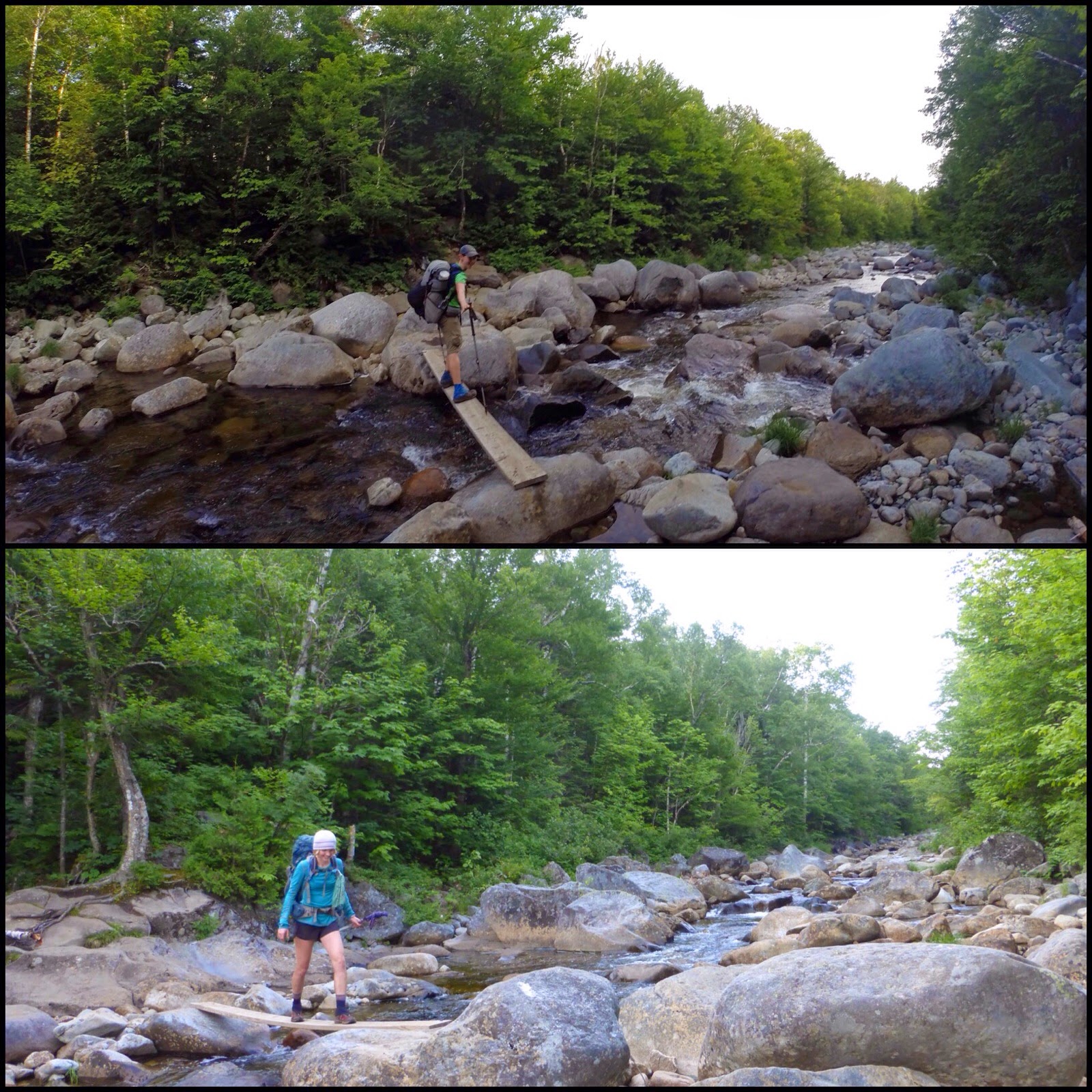 As soon as we crossed, we came to a campsite and a hiker was packing up to leave. We struck up a conversation and he mentioned his name was Ishmael(71yrs old!) because he is a big fan of Moby Dick. We told him that was a funny coincidence because yesterday morning we were quoting Moby Dick. He said that he is a flip flopper that originally started NOBO and jumped up to Katahdin and is now going south to complete the trail. He then said that when he was in the Smokies he ran into a family and the kids recited Moby Dick for him, which was of course the Kallins. We told him of our closeness to them and how Cartwheel’s voice inspired us to ride in the boat yesterday and that we Skyped with them last night. He was so moved that it brought tears to his eyes and we all got choked up at this wonderful hiker world and how we all overlap and impact one another. It was quite the moment we shared and we just had to get a picture. The best part is that since he is hiking southbound, he should see the Kallins again in a week or two. So wonderful! 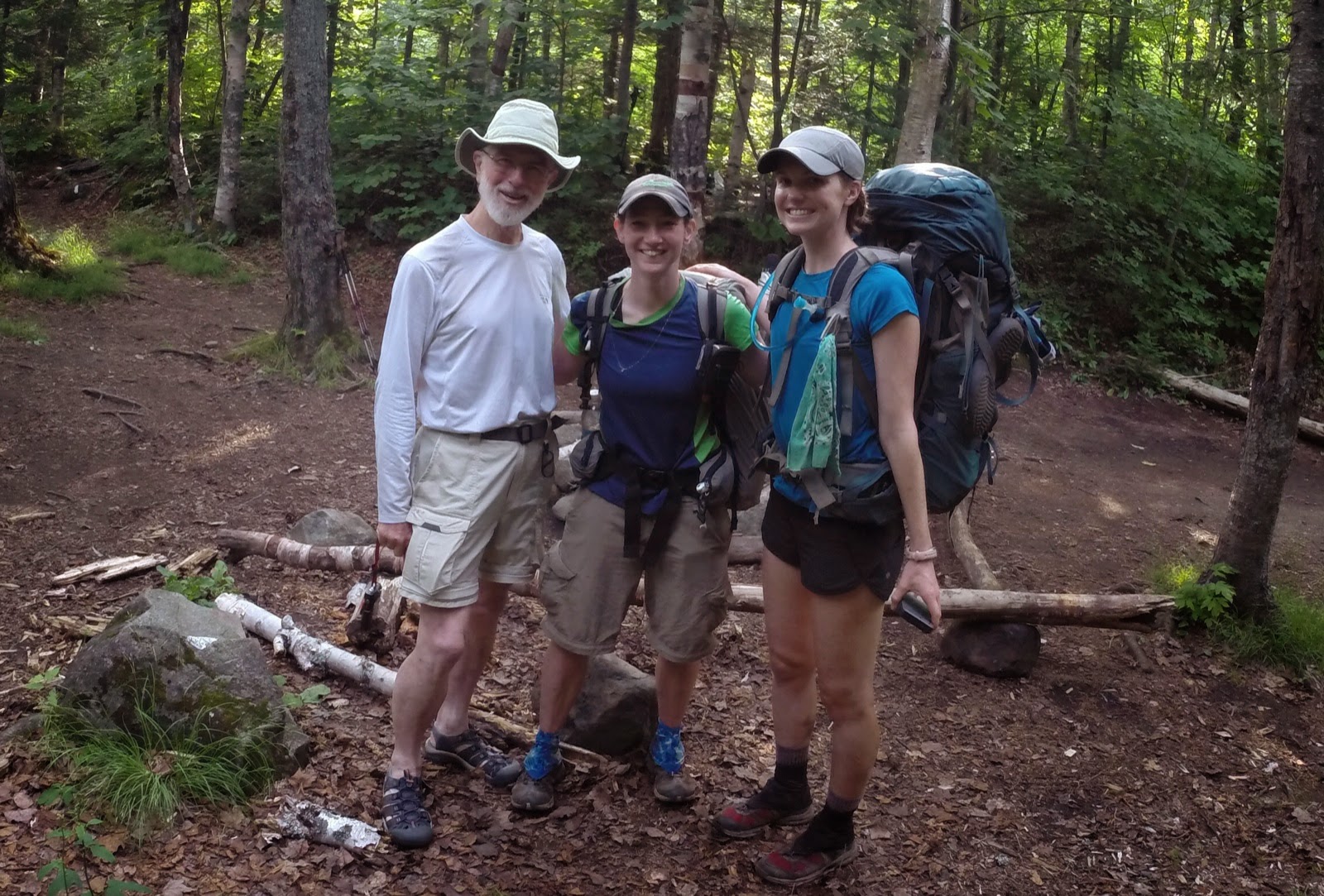 As we hiked the second half of the morning to town, the trail went through some old growth and had many roots and rocks that made for slower hiking. I felt like the trail was saying, “Hey! Slow down and look at me!” I took the hint and tried to take in the uniqueness of the Maine forest with roots, rocks, old trees, and thick layers of moss covering everything. I was getting sentimental and tried to take some pictures to capture the nuances, but it doesn’t do it justice. 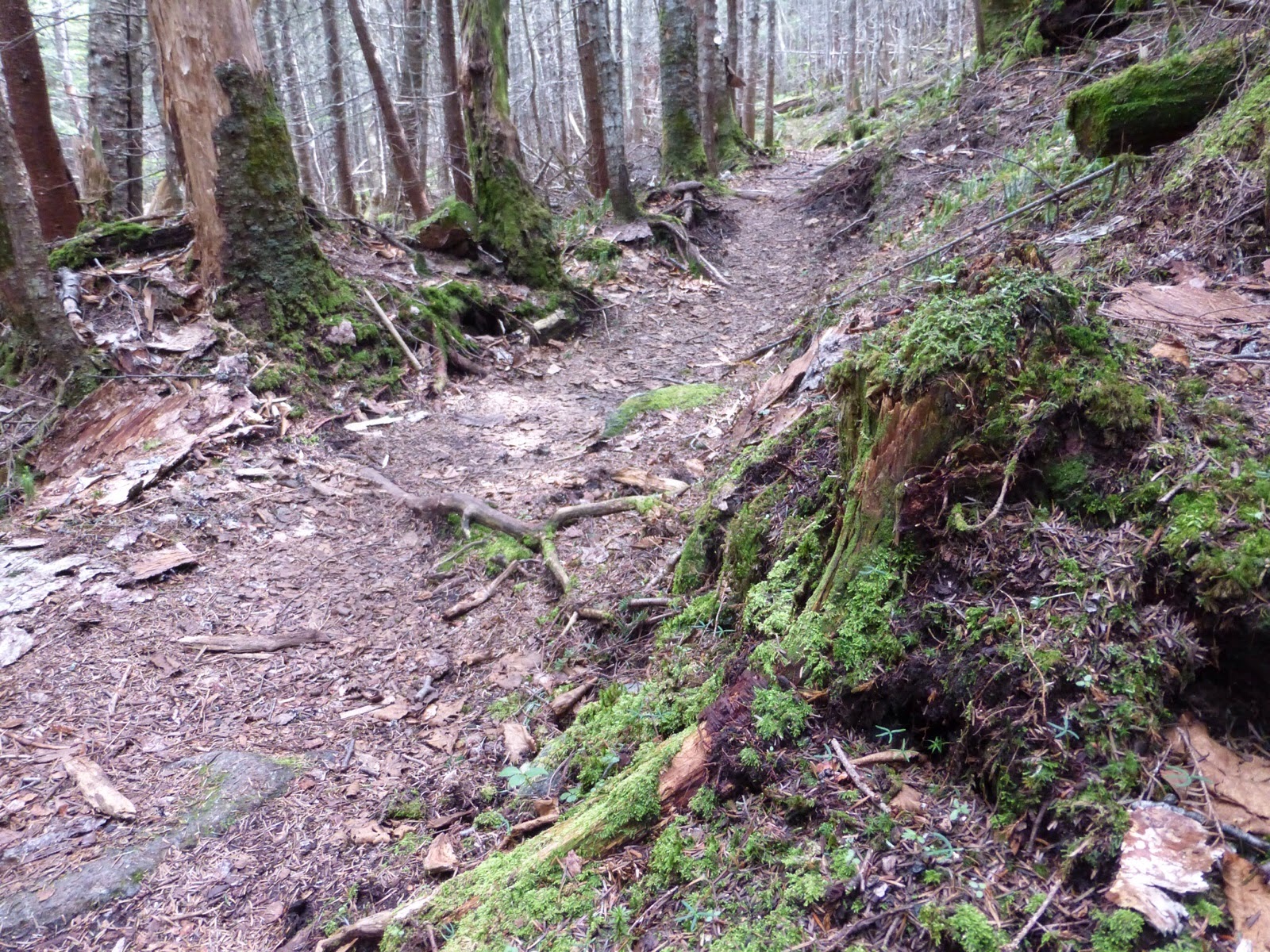 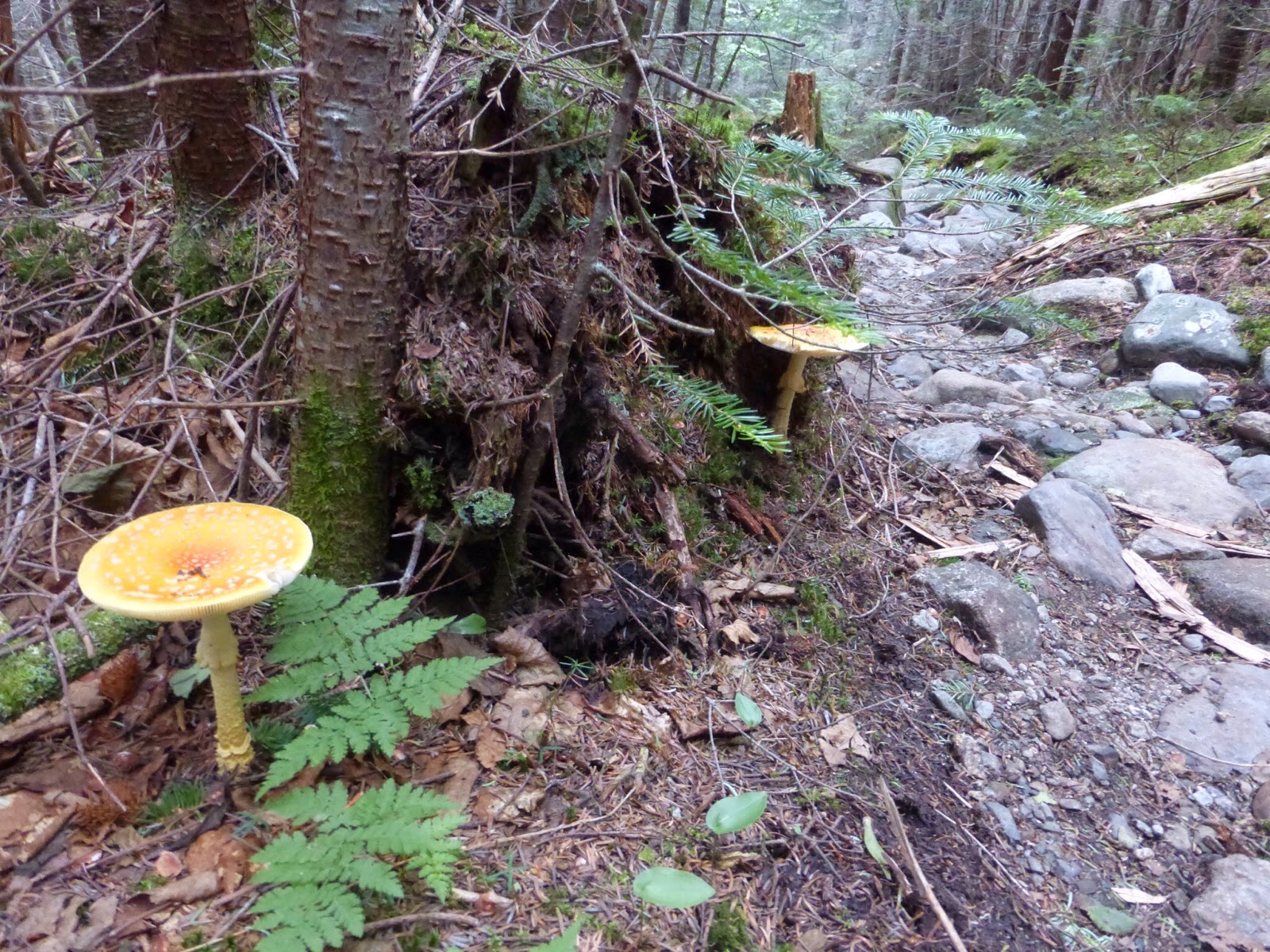 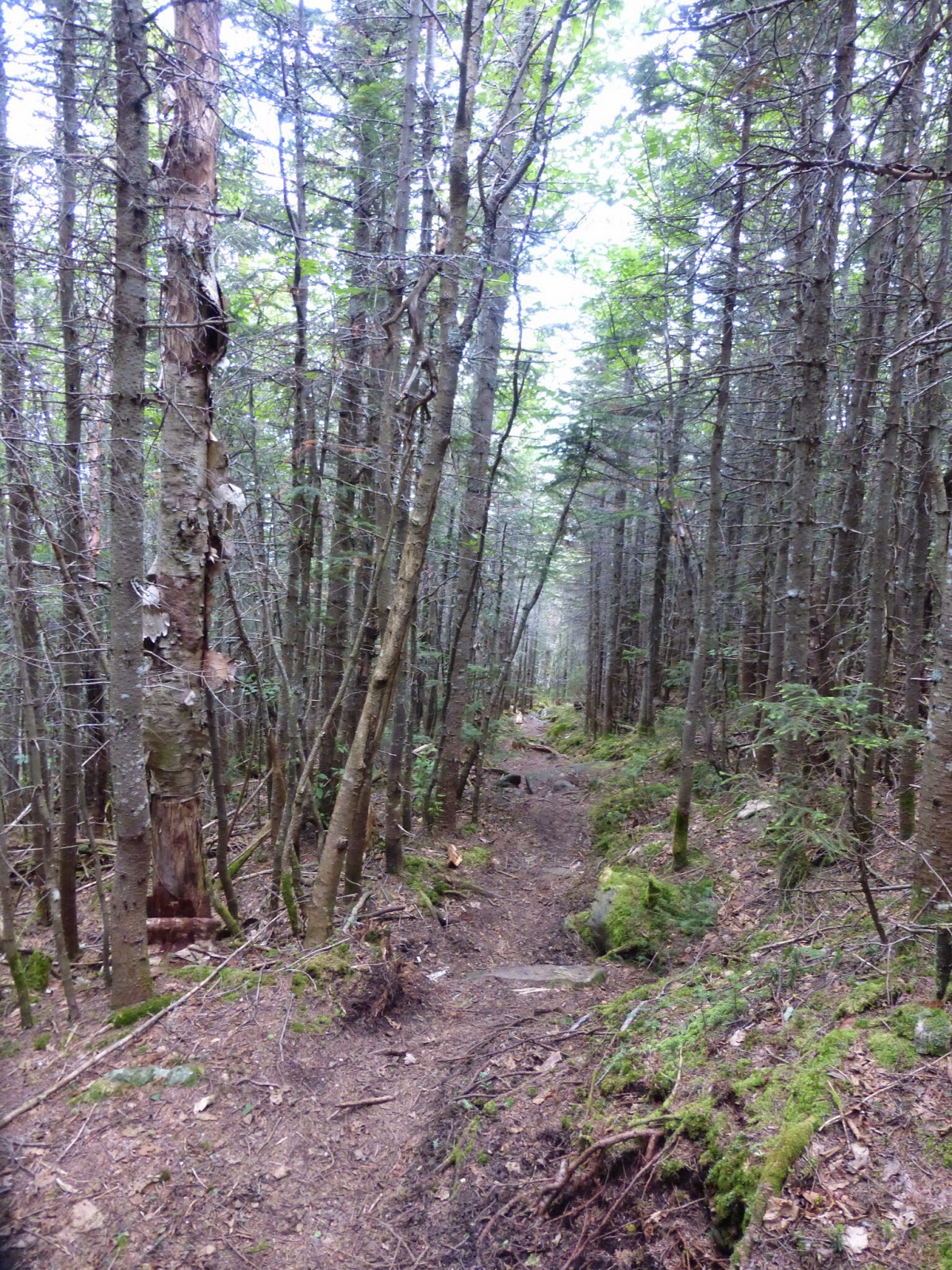 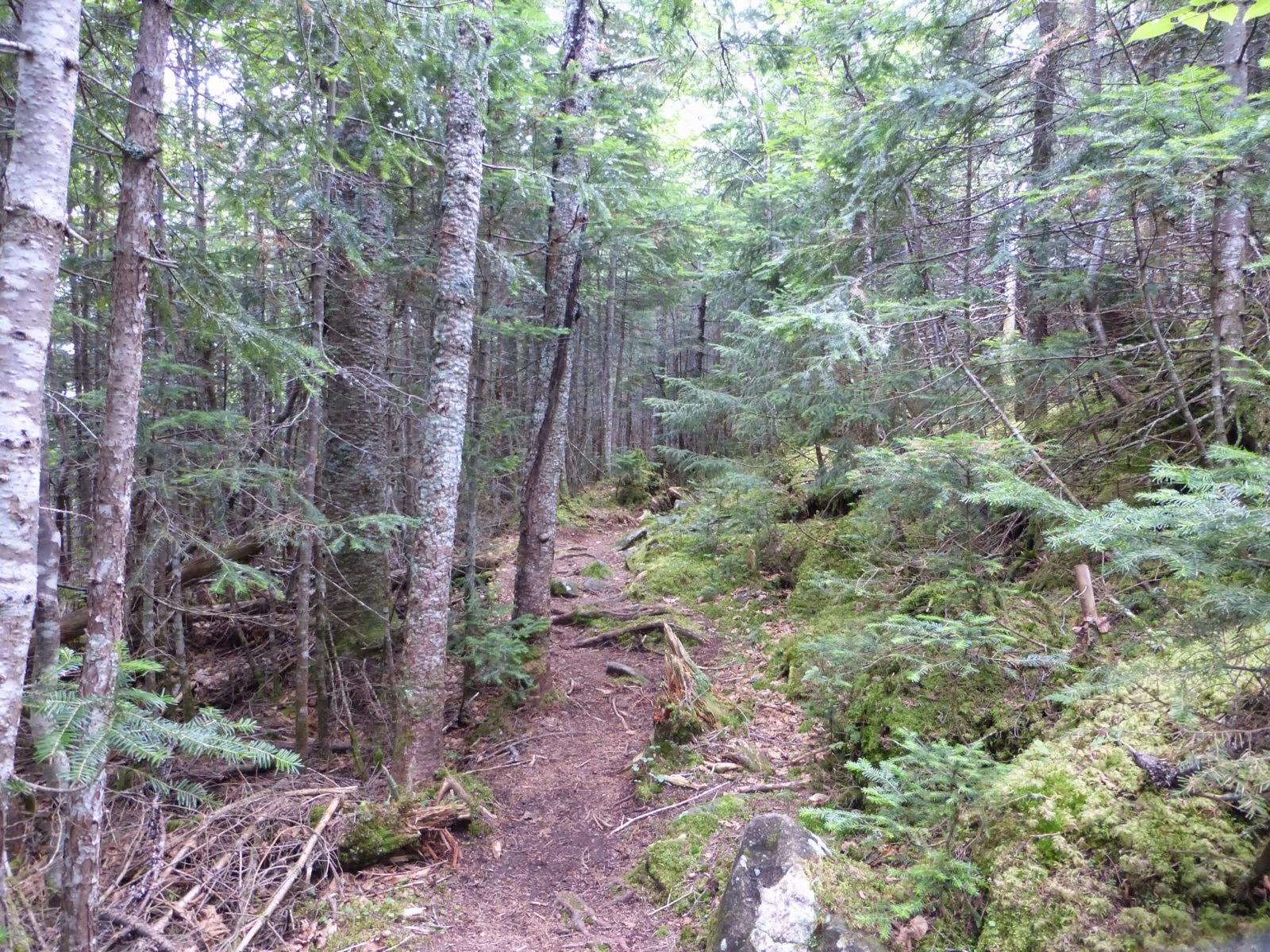 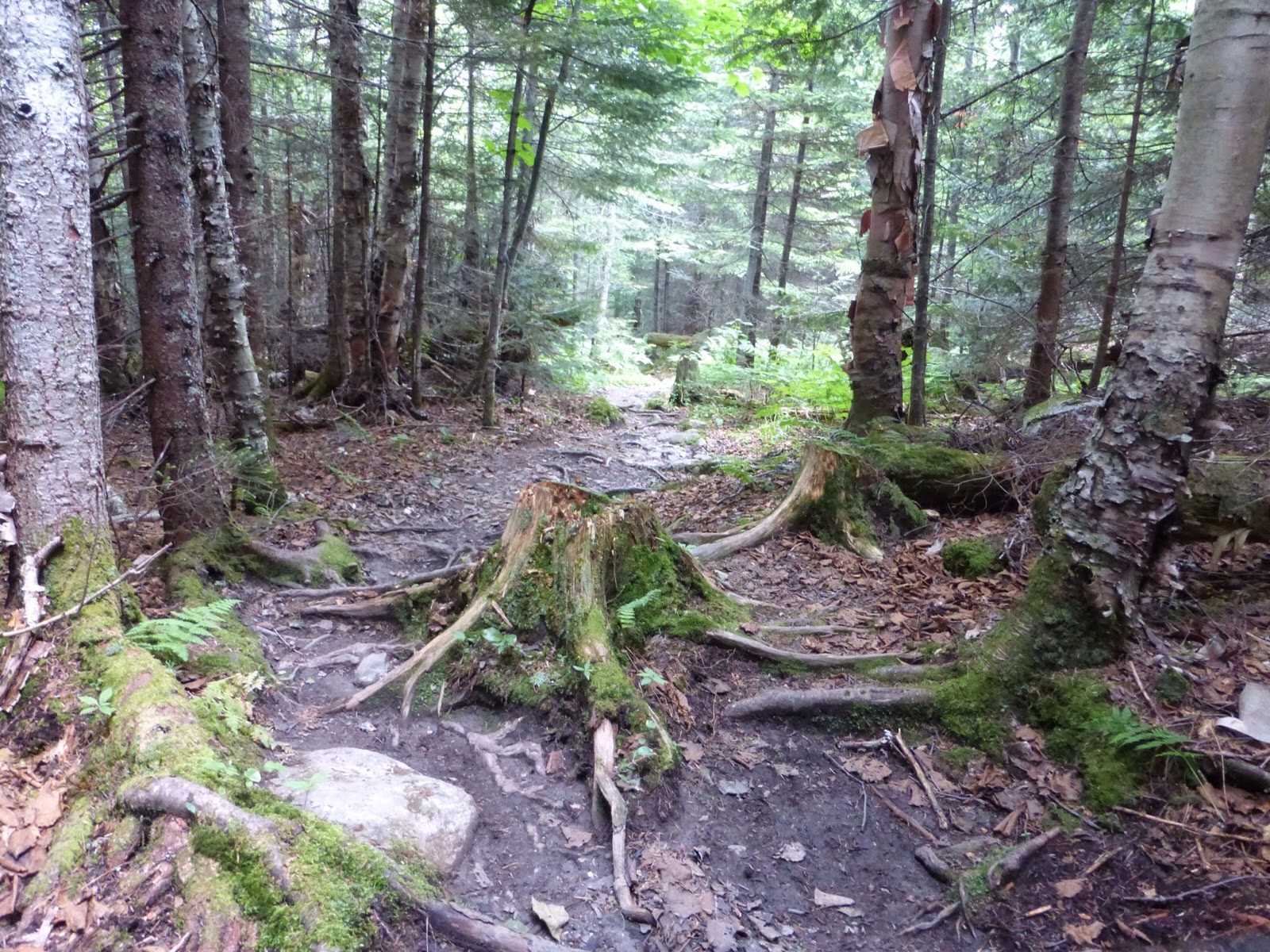 We got to the parking lot by noon and waited for Down & Out who did amazing trail magic for us the other day and offered to shuttle us to town today. When we arrived we saw other hikers and realized we had broken into a new bubble after the last month of seeing few other hikers. This was a high energy and spunky group and they were good fun. Here are Thin Mint, Mary Poppins, Dinosaur, and Da Vinci. 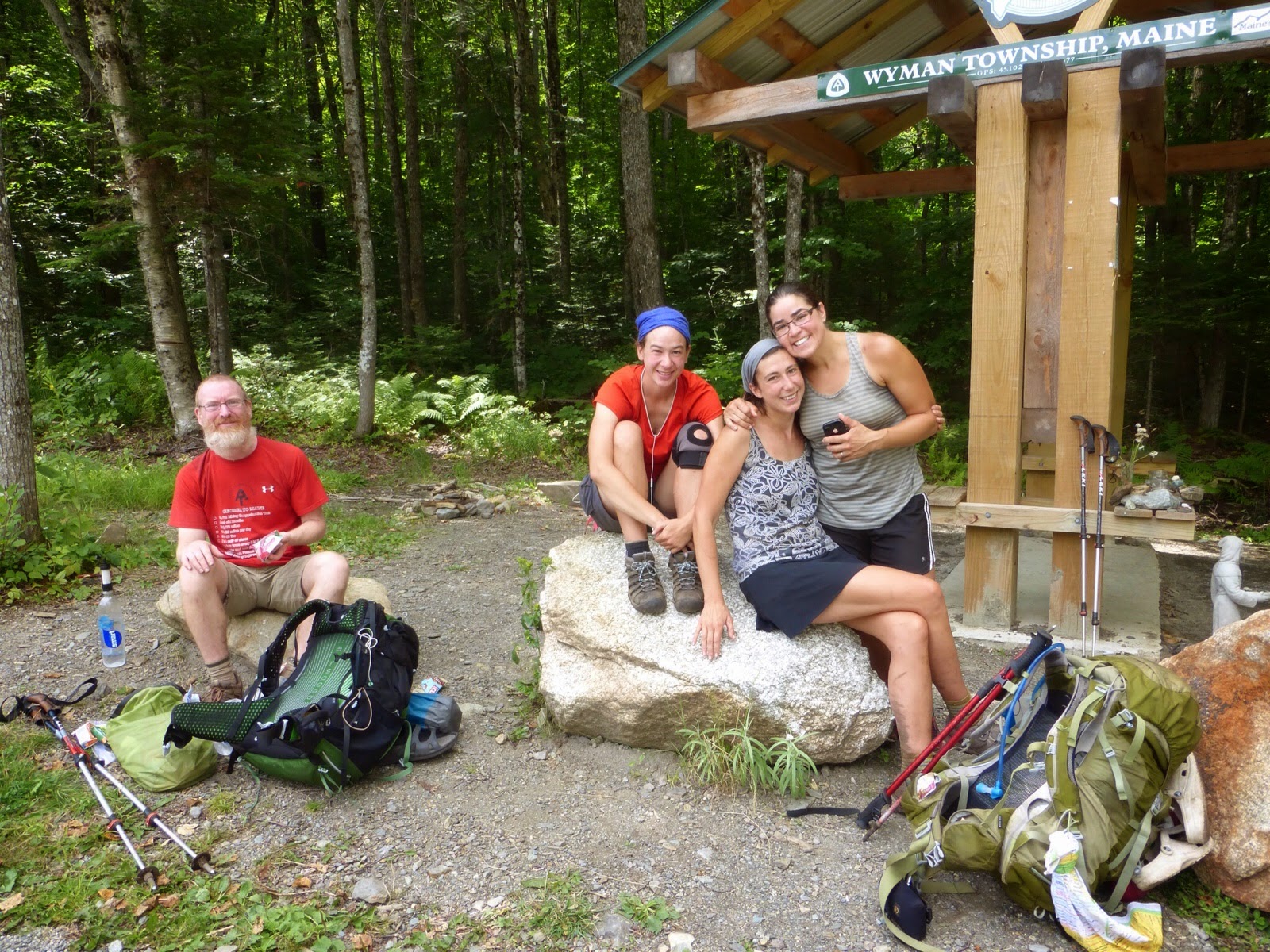 Down & Out came and were also able to shuttle the ladies heading to the same motel as us. They had also brought us Raspberry Lemonades and we indulged in those. The girls were saying goodbye to Thin Mint for the last time as he was heading on north and they had an emotional goodbye. We got to talk to him more as we waited for Down & Out to return and it was moving to feel that shift of people finishing and the transition ahead after months of life on the trail. Down & Out returned and got us to the motel with added gifts of kindness. Unbelievable! THANK YOU Down & Out for being awesome people! 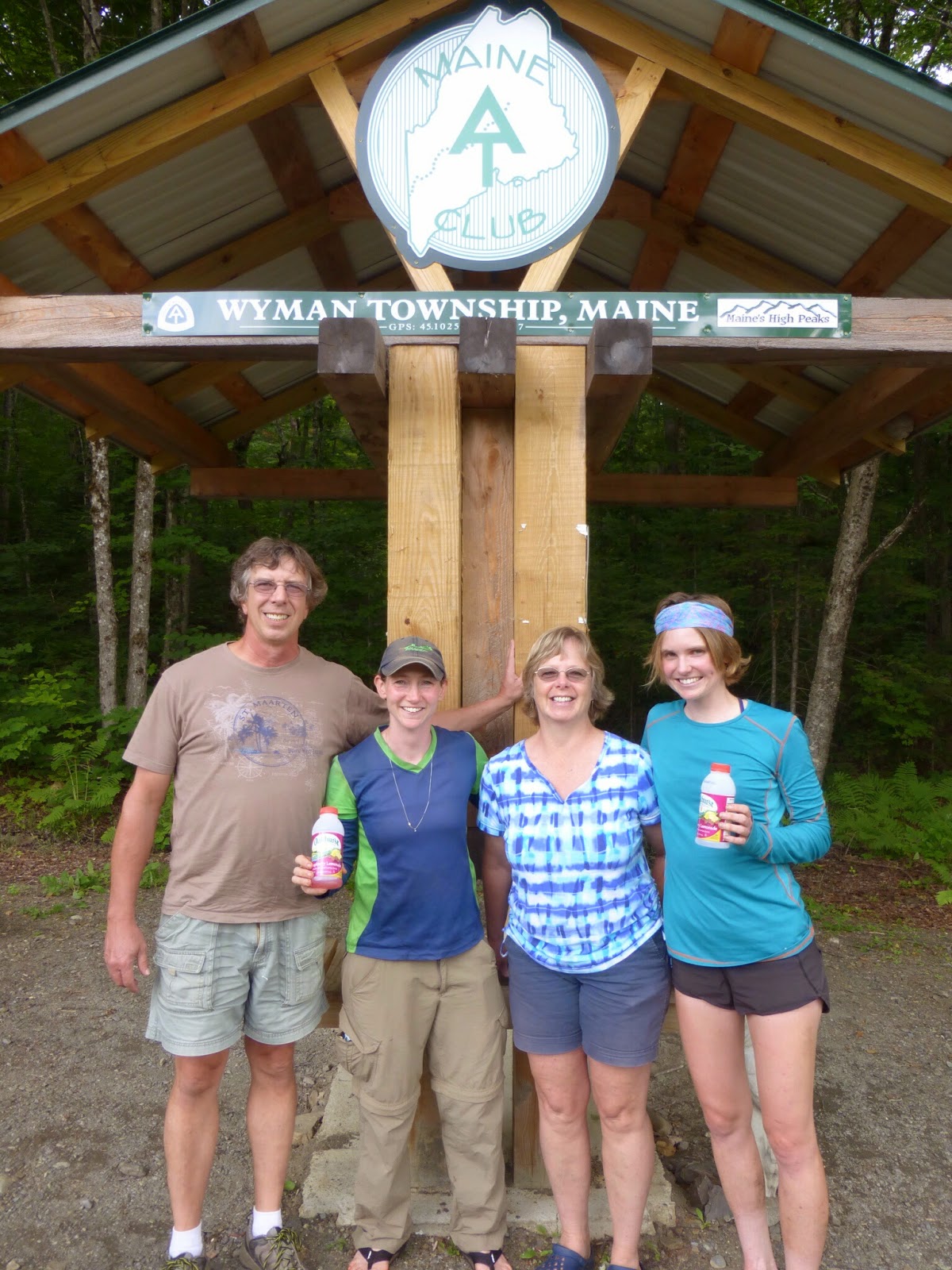 Then we had lunch with the other female hikers at the motel. It was quite an energized and entertaining lunch as these ladies are quite a handful soaking up every moment. It was great to see such spunk and fun, but was quite the shock to the senses for Jett Cat and I who have had such a long stretch of solo time and time around few others. We noticed that we had hardly seen any women thrus in the last month and now we were surrounded and that was pretty cool. Pictured here is myself, Jett Cat, Dinosaur, Lady Moose, Da Vinci, and Mary Poppins. 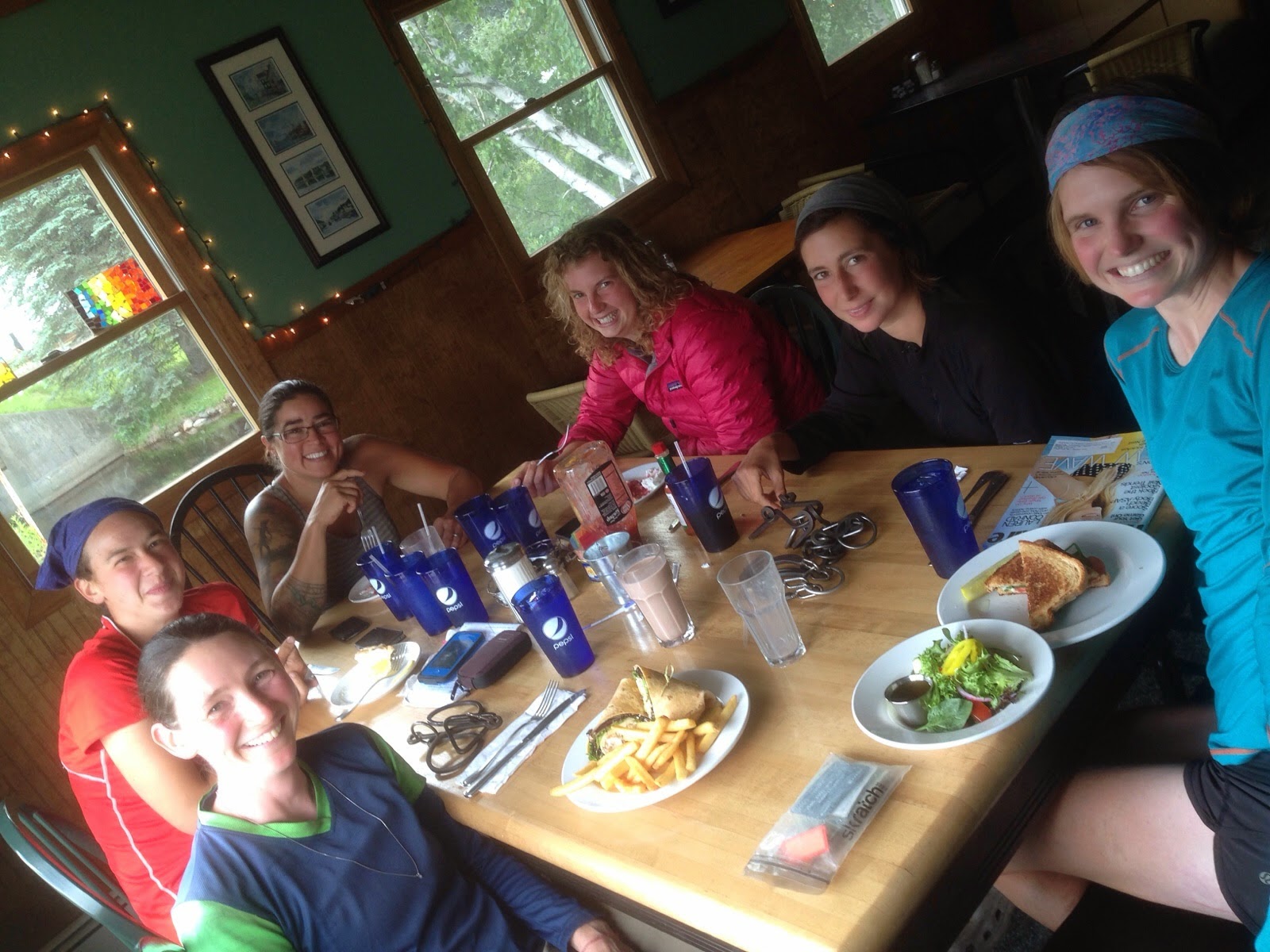 We had some time to do chores and Squatch arrived to film more for the documentary as he had filmed both of us further south independently. We had dinner with him and he interviewed us and he videoed our resupply. This is how it looks when Squatch is filming you as the camera is very close. Seriously, that’s how close it is. Cracks me up! 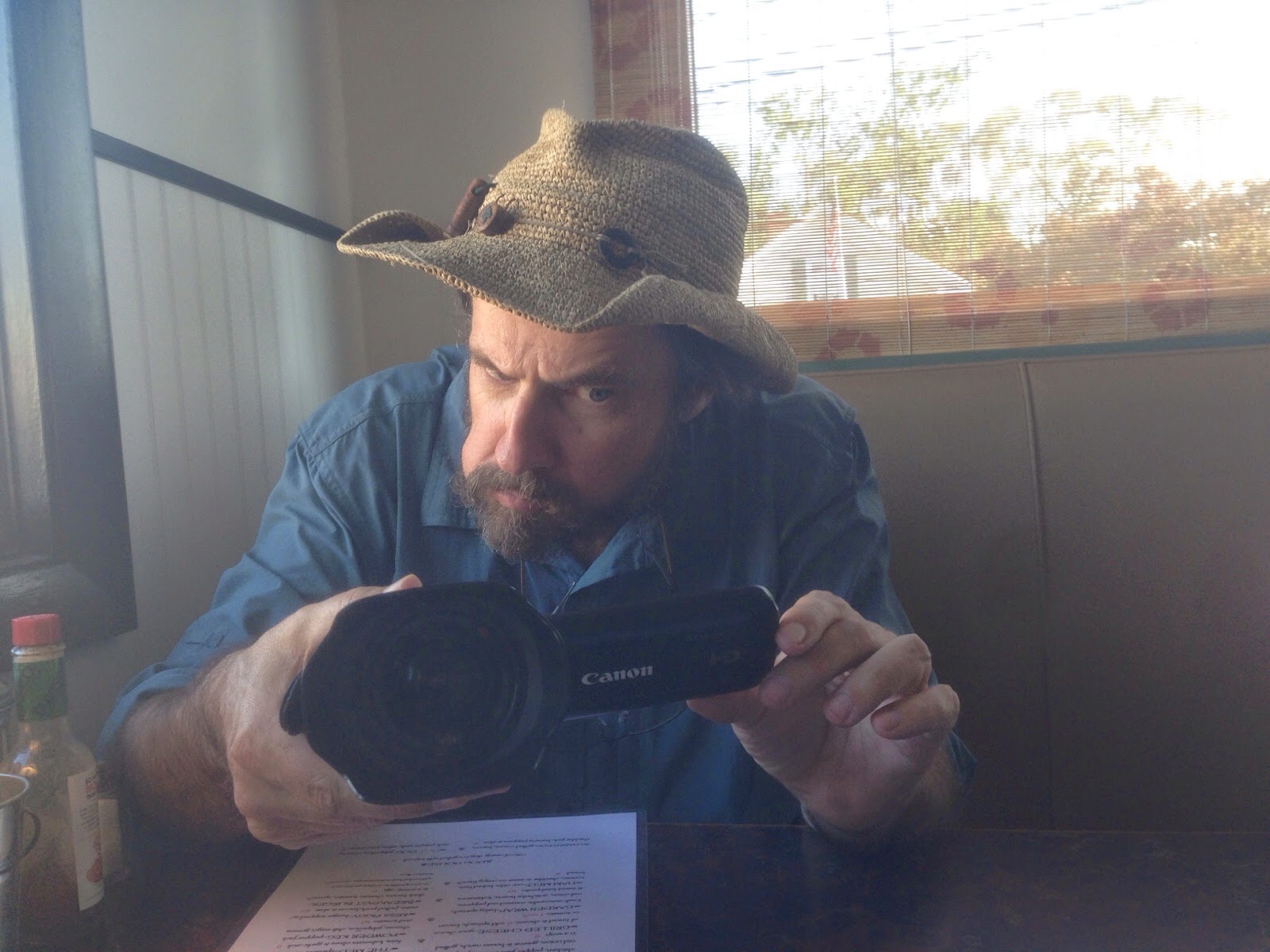 So the big bummer is that there isn’t a computer I can use in this town. The plan is to get some time on Squatch’s computer before leaving tomorrow, so I’m sorry if I don’t get to emails. I’m also trying to take all this in and be a present as possible these last two legs. We think we are finishing around Aug 5th and just want to enjoy our limited time left. Can’t believe it’s coming to an end so soon!