Day 79: The Fourth With Friends

It pretty much rained on and off through the night last night. I was wide awake at 4am and contemplated just getting it over with so I could GET TO TOWN! I managed to stay on my sleeping pad island and stay dry. The puddle around the tent was gone and the floor of my tent was definitely wet, but not the puddle I worried would be there. It was mainly just under the sleeping pad. The rain didn’t look like it was going anywhere anytime soon, so I did get going early and was hiking by 6:05am. I wondered where Super Soul landed and found him tented about a mile and a half north of me. It was intense and he thankfully got the tent up for the night. As I hiked up, I entered fog and it was raining lightly. 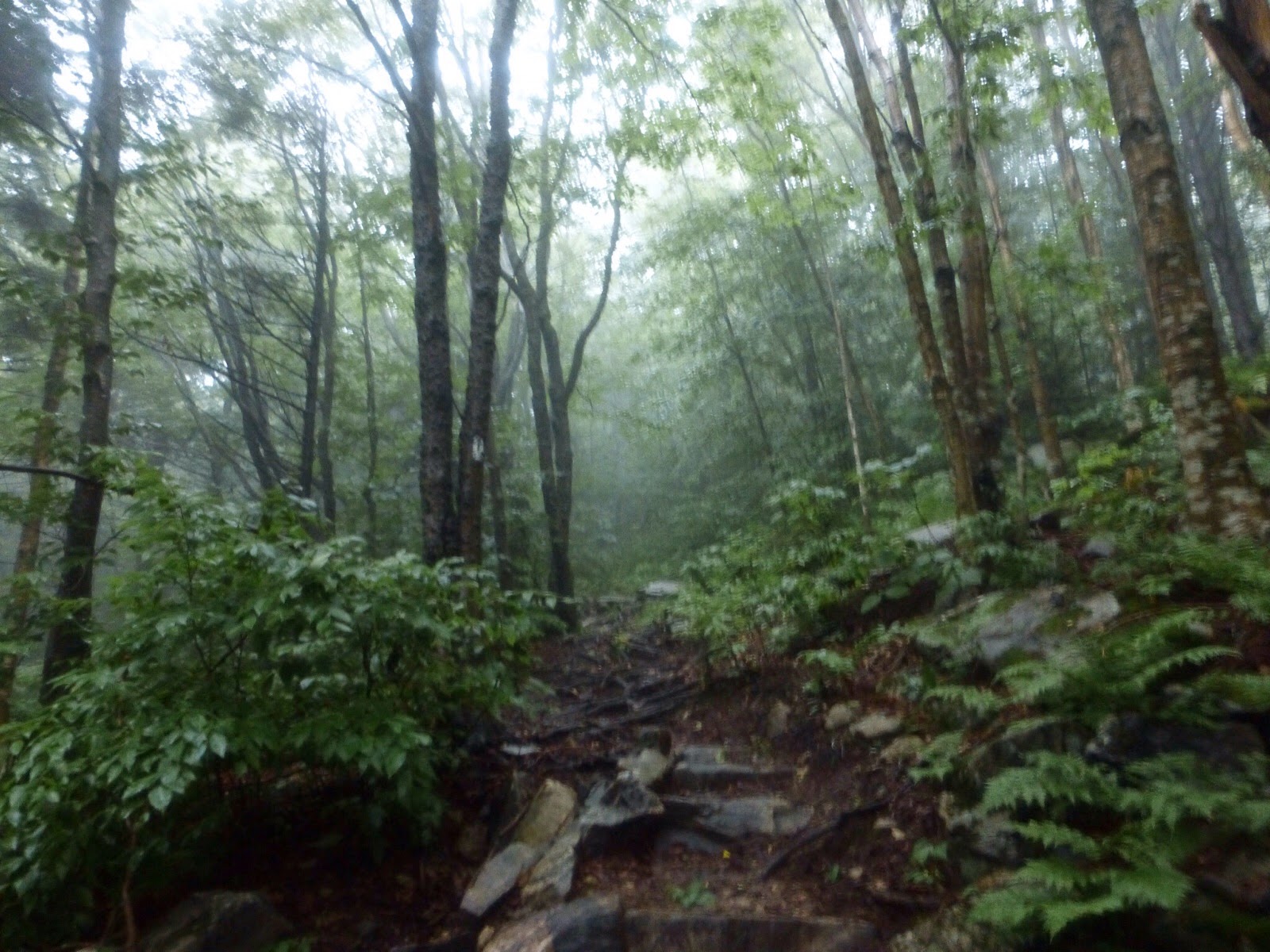 I am sooo thankful for the umbrella! I was completely dry today except for my feet and any brush that hung over the trail. There was one long gradual climb that I actually enjoyed because it kept me warm. It was over Stratton Mtn, which is apparently where Benton MacKaye was inspired to propose the creation of the AT…well, I don’t think he was there on a foggy rainy day…here is what I saw. It was quite gusty, so I climbed partially up the tower to get the “view.” Bummer I missed this view. 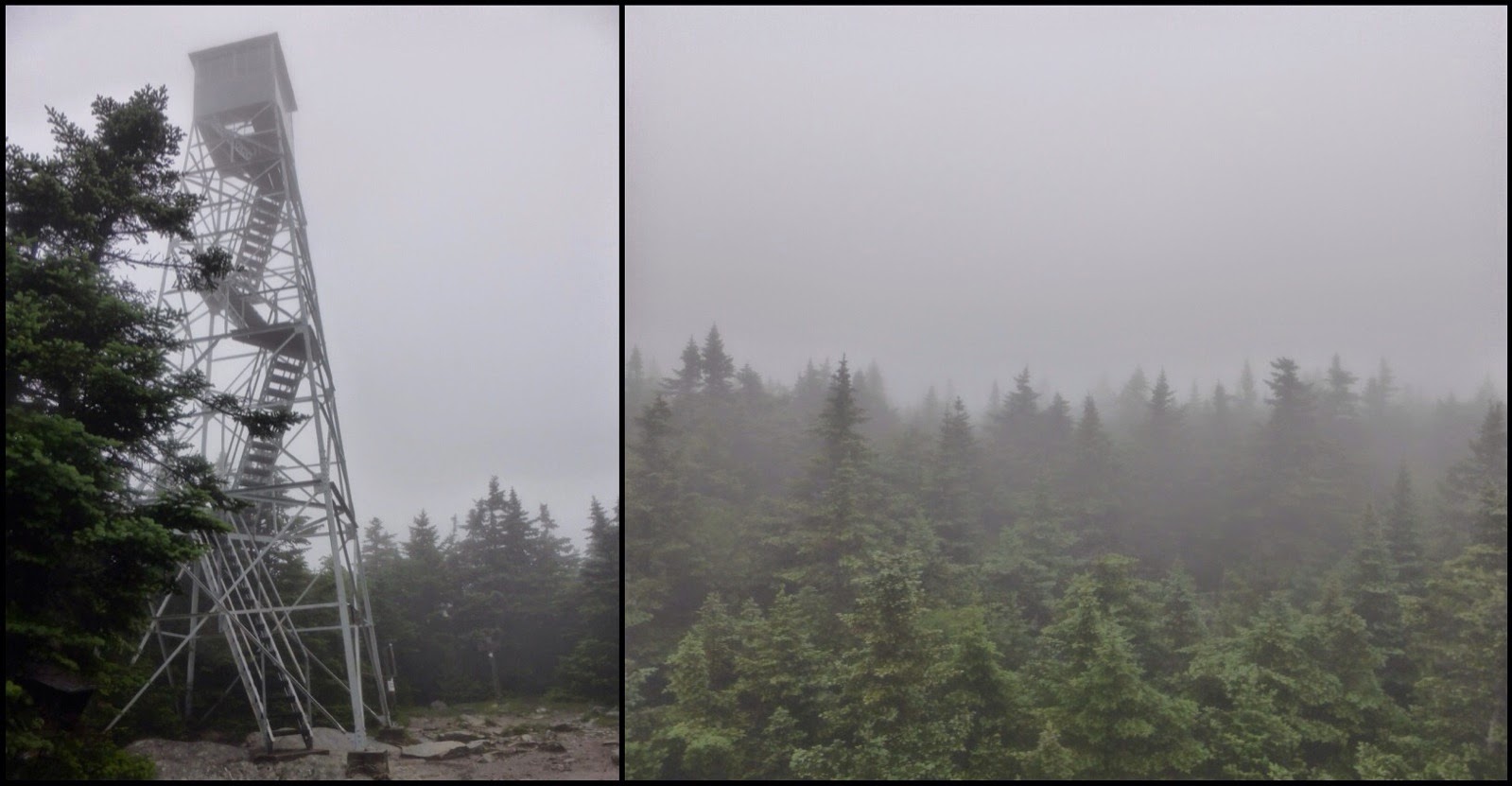 Then there was a nice downhill cruise for awhile. I ran into some section hikers who actually camped up on Stratton just as the storm came in. That had to be intense! We overlapped for a bit and I was really hungry, so I decided to make a morning pit stop at a shelter to eat somewhere dry. It was about 9am and there were still four hikers in the shelter (one was a thru hiker). That’s how yucky it was out there as most are out by 8am. After I ate, it finally stopped raining and I ran into the section hikers again and we overlapped a bit more and came by a large pond. Here is a shot of what I walked through for the day. I was really happy that this was my last day with these shoes and socks. They were done. It would have been tough mentally (and physically) to do a full day in this muck and have such wet feet for multiple days. SO HAPPY to be headed to town today! 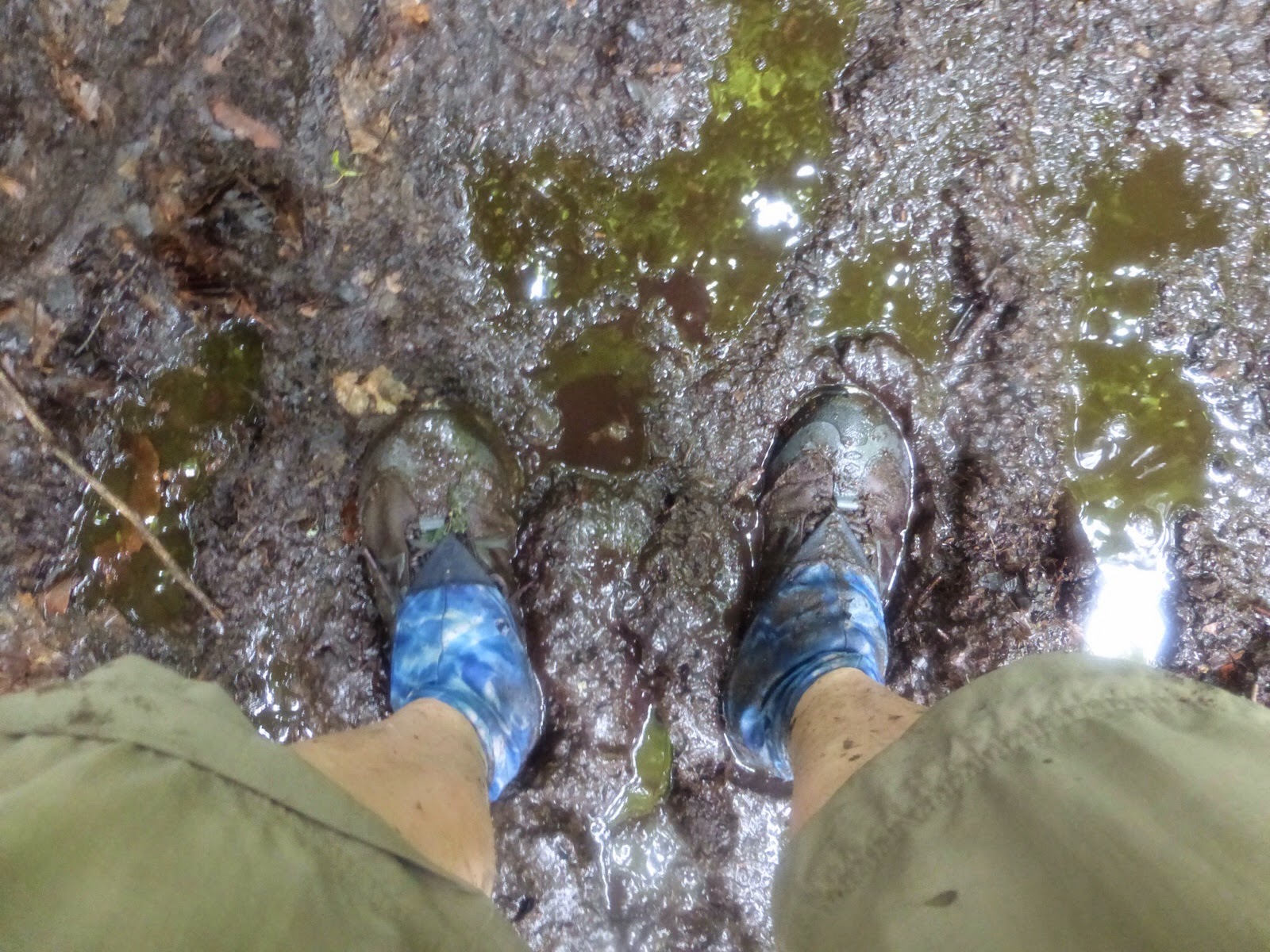 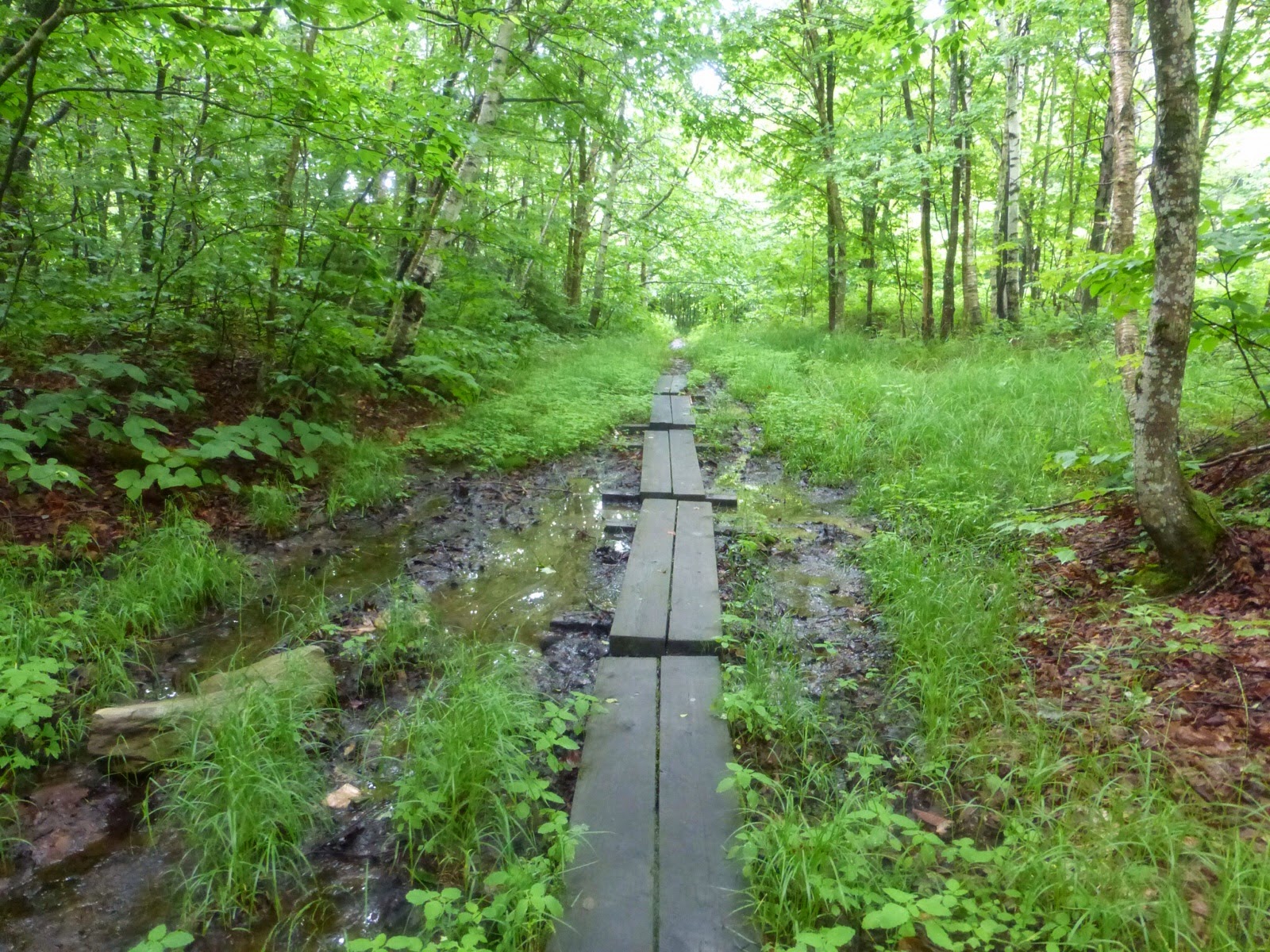 Just before town, I got a view…yes, it was off trail, but I needed a view to know it existed! 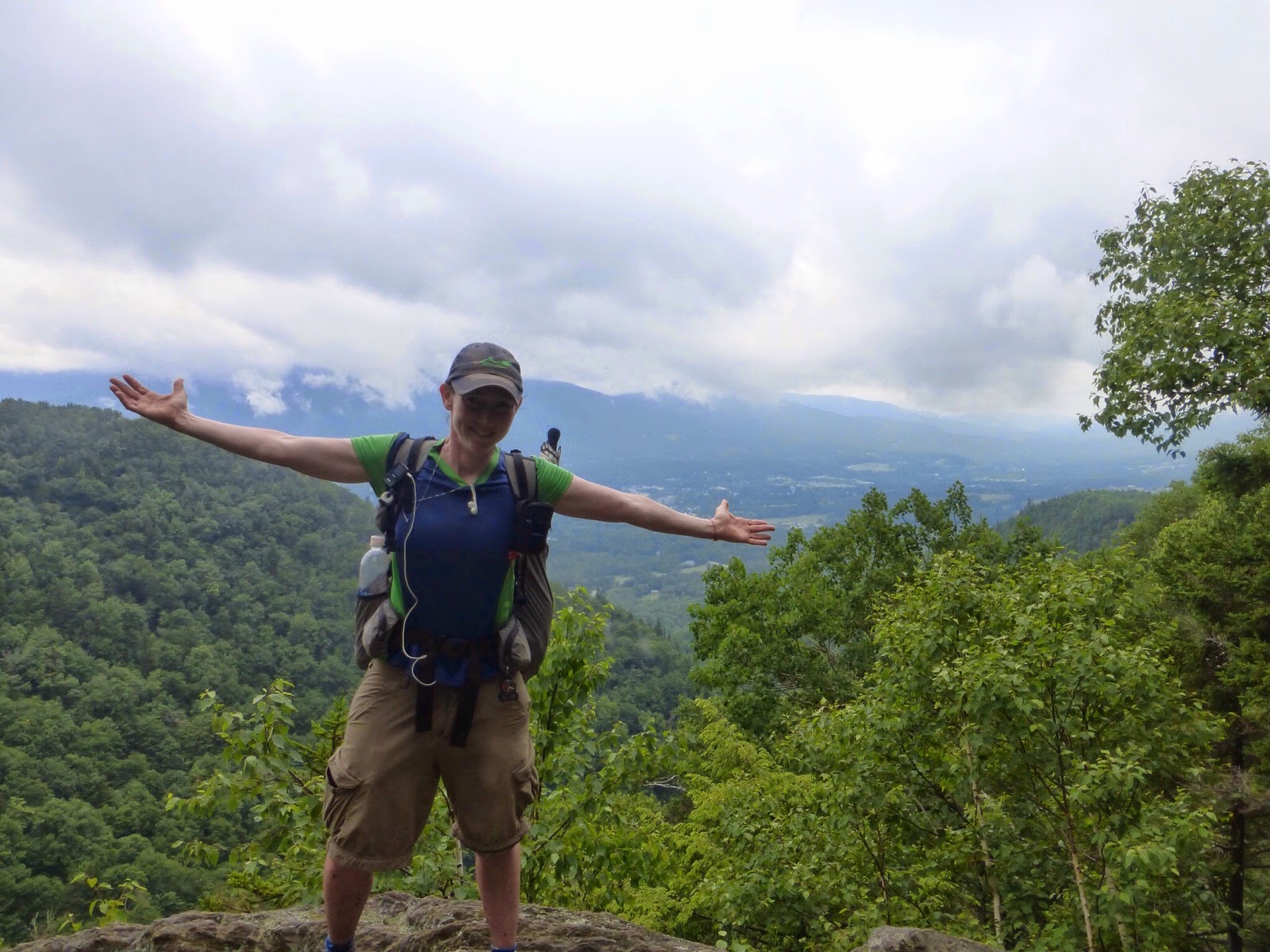 The trail came out to a very busy trail head since it was the Fourth of July and a very nice couple gave me a ride to town. Manchester Center is probably the poshest trail town I’ve been to with stores I usually see in areas I never shop in downtown cities. I heard it gets more pricey up north and they weren’t kidding. Plenty of families were out and about for the 4th and I was self conscious of my state having been without a shower in 6 days and in so much mud. I was craving some pasta with marinara sauce so I picked up my resupply box and found a good place to eat. I haven’t gotten a resupply box in a few legs due to a shipping mishap and I was really psyched to have my food again! Thanks so much to everyone who sent things on this resupply…the Ruthmans, the McGahas, Malto, Harvey & Gail, and Mom and Mark. It is a real boost to have food I like! 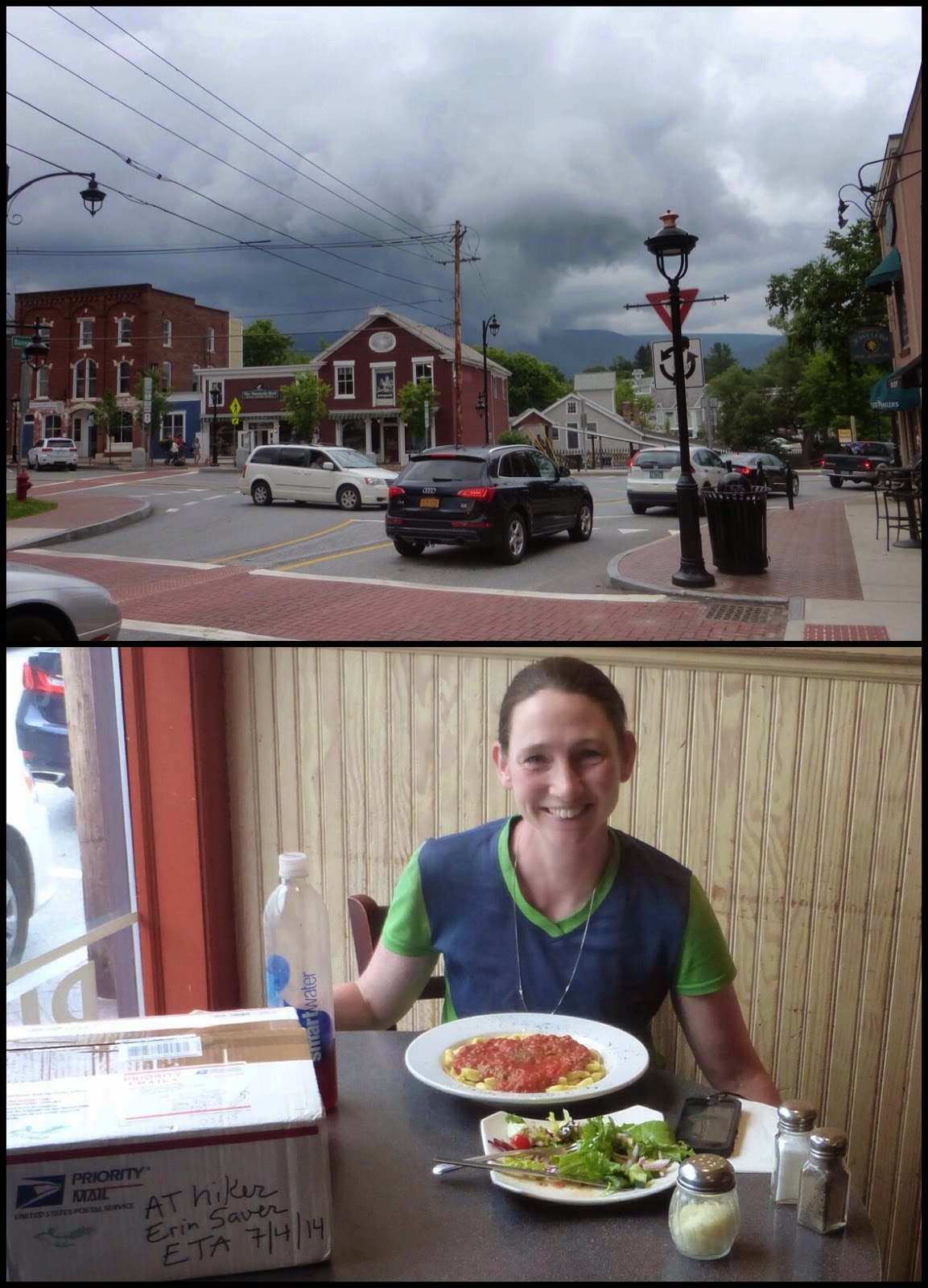 I am staying at my first hostel on the whole trail, which is very rare for an ATer. I have really avoided the hostels and croweds, but I heard the Green Mountain Hostel was one of the best on the whole trail. I was able to get my own room because it is so cheap that paying for two people was still cheaper than a hotel room in town. The owner, Jeff, is great and picks hikers up in town to bring them to the hostel which is just outside of town. He even has a pint of Ben & Jerry’s complimentary and stocked kitchen with breakfast items. All for just $25! 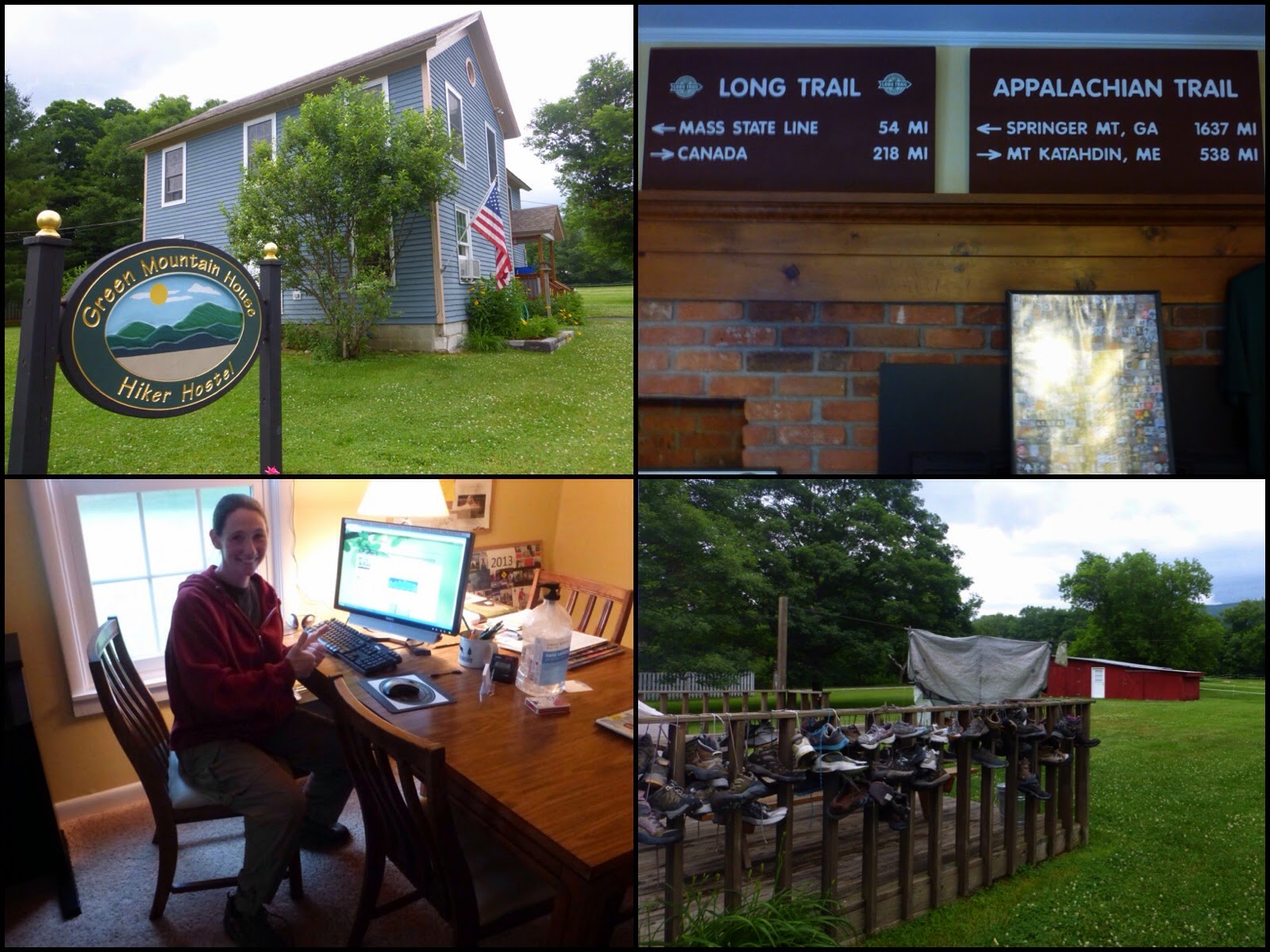 There were a handful of other hikers staying there and one of them is the documentary filmmaker named Squatch.We know each other through the trail community and he’s done films on the PCT, Camino, and AT so far. He is working on his third film about the AT which is the Flip Flop Flippin’ series. The second film in that series is the first thing that made me think I could actually enjoy the AT, ha! Squatch is going to interview me tomorrow and possibly this week on trail if we overlap, so maybe I’ll make the cut for the third installment! 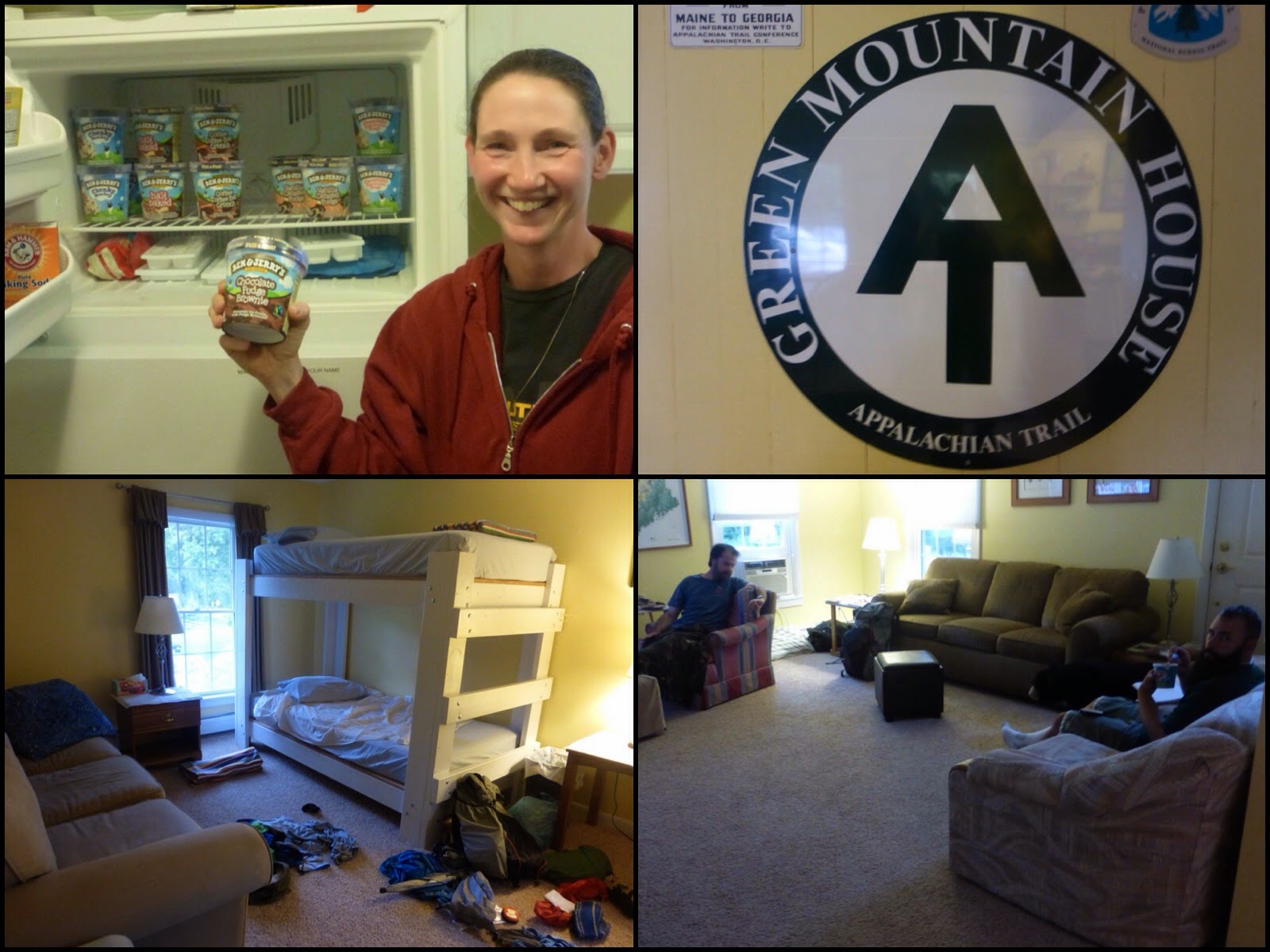 So the big event of the day is that my friends Andrea and Jeff came to visit from Boston! The original hope was that they would hike a bit for me, but they are expecting their first child in a couple months, so we settled for a town visit and fireworks! They stayed at the hostel and we were able to go to dinner and see some great fireworks in Manchester Center. It was perfectly setup that we were able to park front and center to where the fireworks were going to go off. We had the luxury of lounging in the car and then got to come out when the show started. It was fireworks in style! I can’t believe all this happened in one day and that I woke up in rain this morning. Weather looks to be clearing up so there is some light coming to the green tunnel! 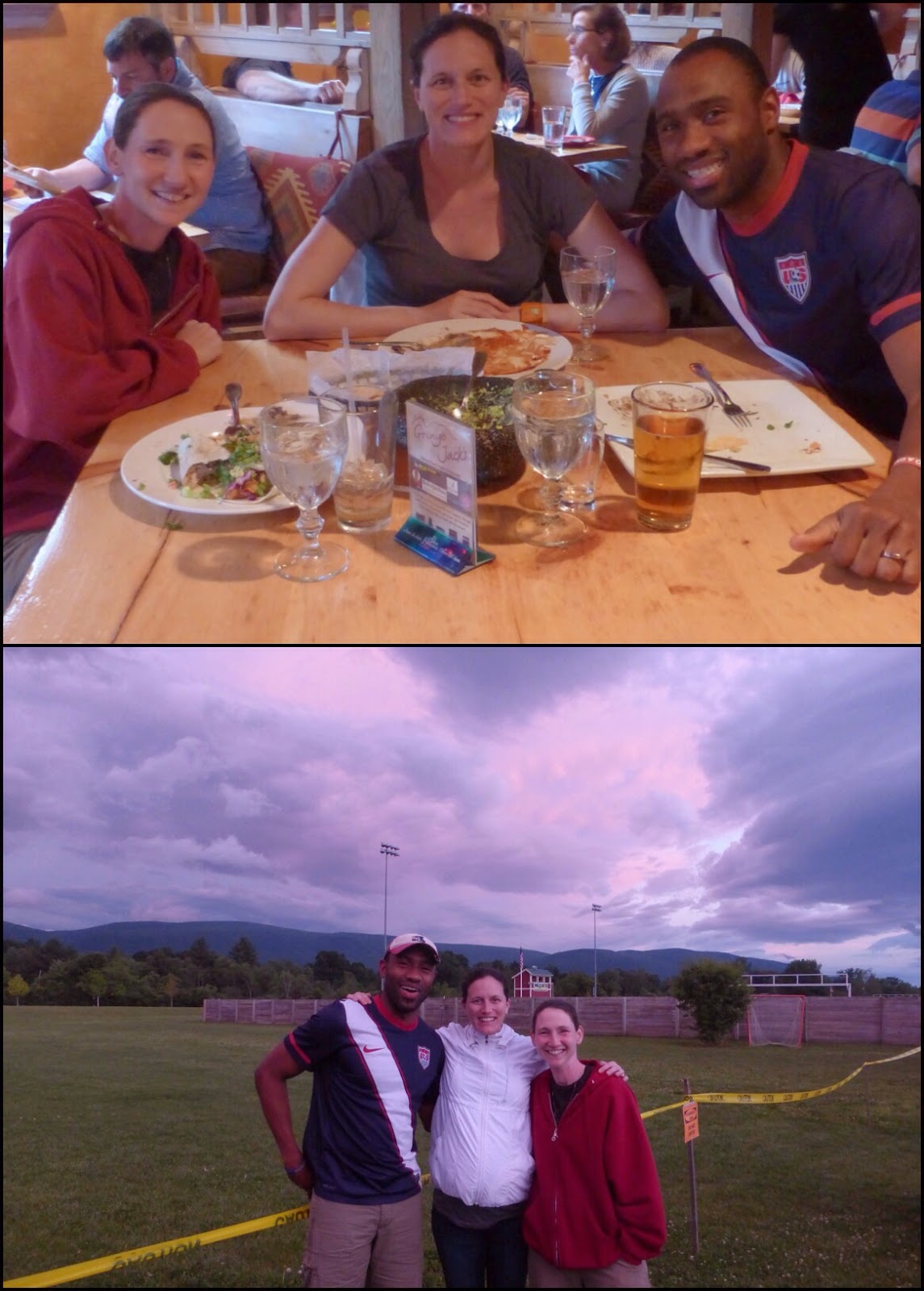 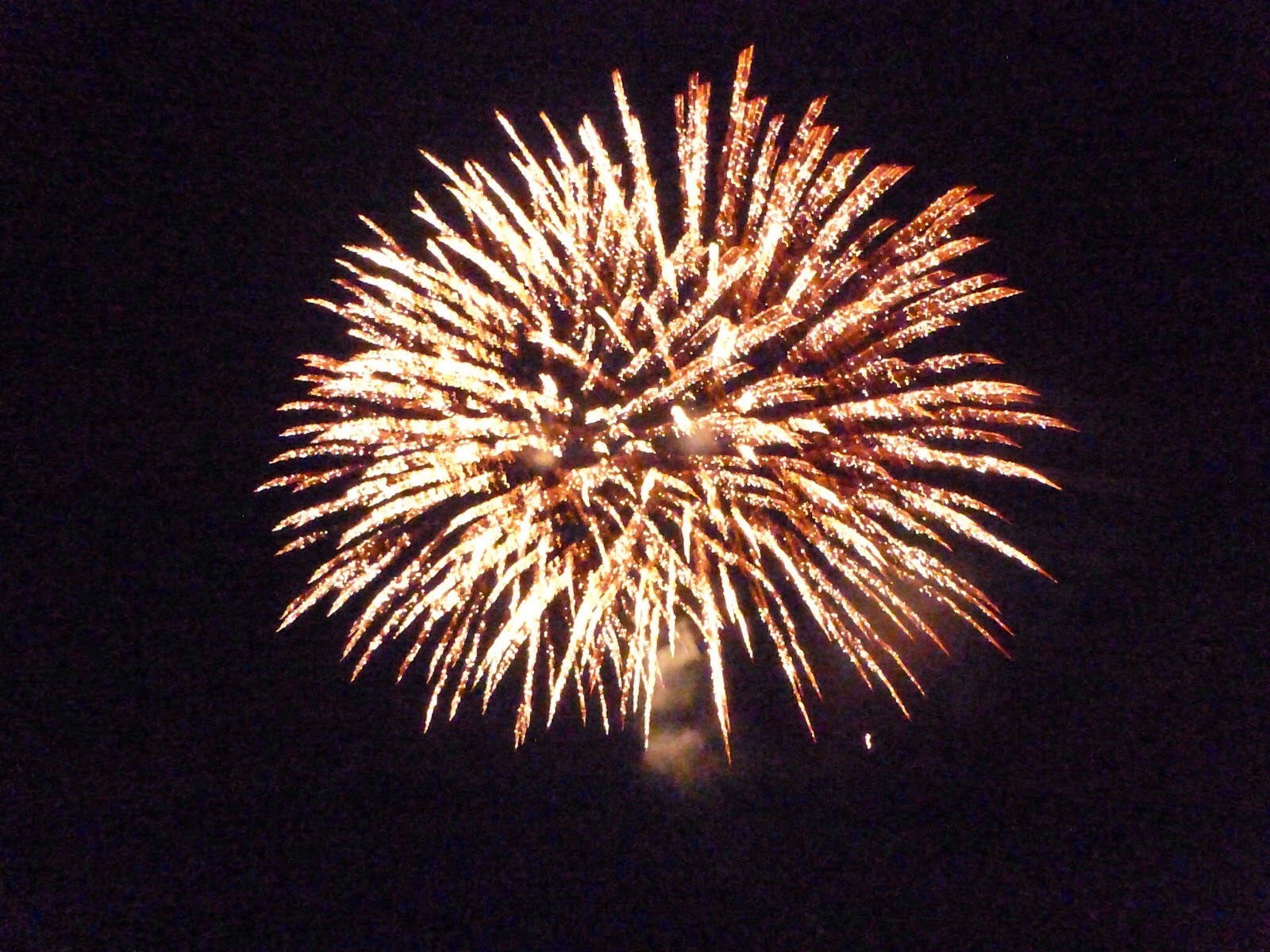