*NOTE: In these last weeks, I expect cell reception to be less frequent so some posts may be delayed. I will do my best to get them up as soon as I can. Don’t worry if there is a gap, it’s just a lack of reception.

It’s funny what a difference 24hrs can make. I got to bed just after 11pm last night and had a great night of sleep. I went downstairs around 7:30am to work on the blog and have some cereal. My friends Andrea and Jeff stayed at the hostel too. Jeff slept in and Andrea went for a run. When she returned, I made pancakes and eggs for the three of us and Squatch while the other hikers packed up and headed back to town or trail. I decided to stay into the afternoon to get more done after Andrea and Jeff left. It was a very relaxed morning and it was great to have my friends come to visit for awhile. It felt like I’d taken a zero with all that happened since getting off trail yesterday afternoon. THANKS for coming to visit Andrea and Jeff! It was perfect! We just had to get a pregnancy photo as we realized that Andrea’s baby weight is 7lbs more than my fully stocked pack. I still can’t believe they are going to be parents soon! 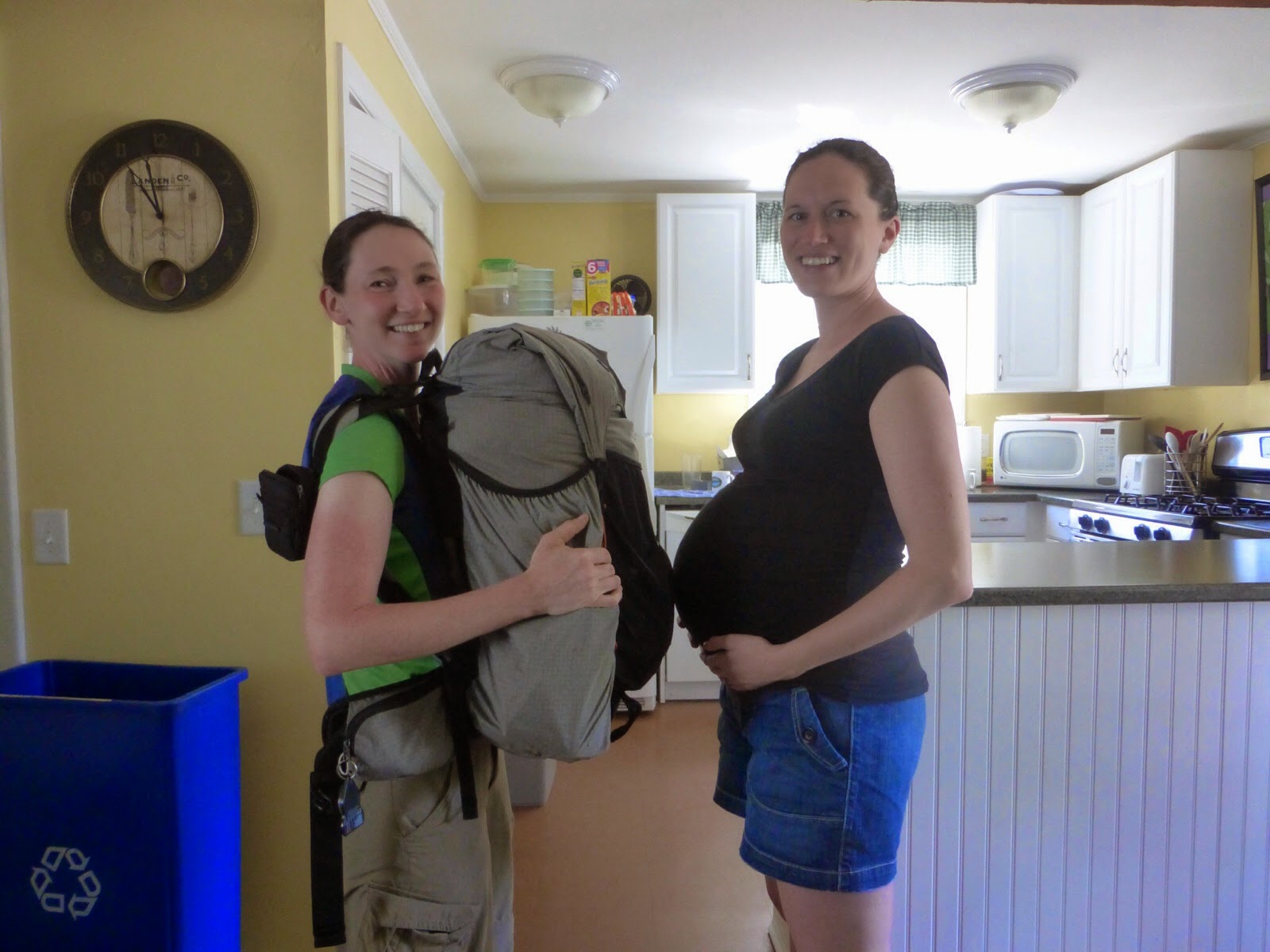 After they left, Squatch interviewed me for his third installment of his entertaining AT documentary, the Flip Flop Flippin’ series. He is going to be hiking this section southbound to catch some hikers and We hope to cross paths again later this leg. It was fun and I hope I make the cut for the movie! Here’s Squatch who just couldn’t take a normal photo, ha! 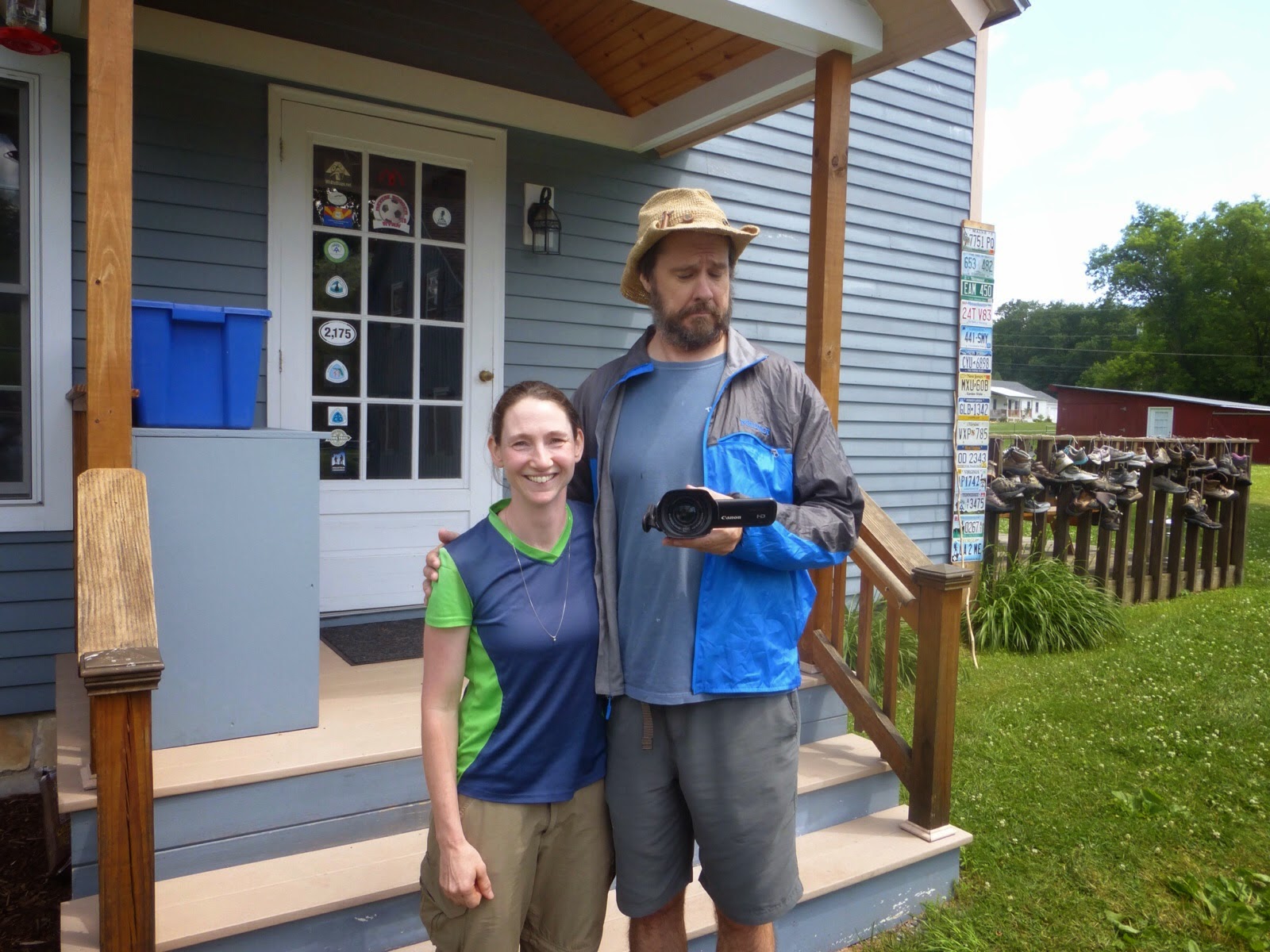 Staying at the Green Mountain Hostel was just wonderful and the the owner Jeff does so much to welcome the hikers. The stocked kitchen was wonderful and I was sure to eat some of that complimentary Ben & Jerry’s ice cream before I left! Thanks so much for being such a great host Jeff! 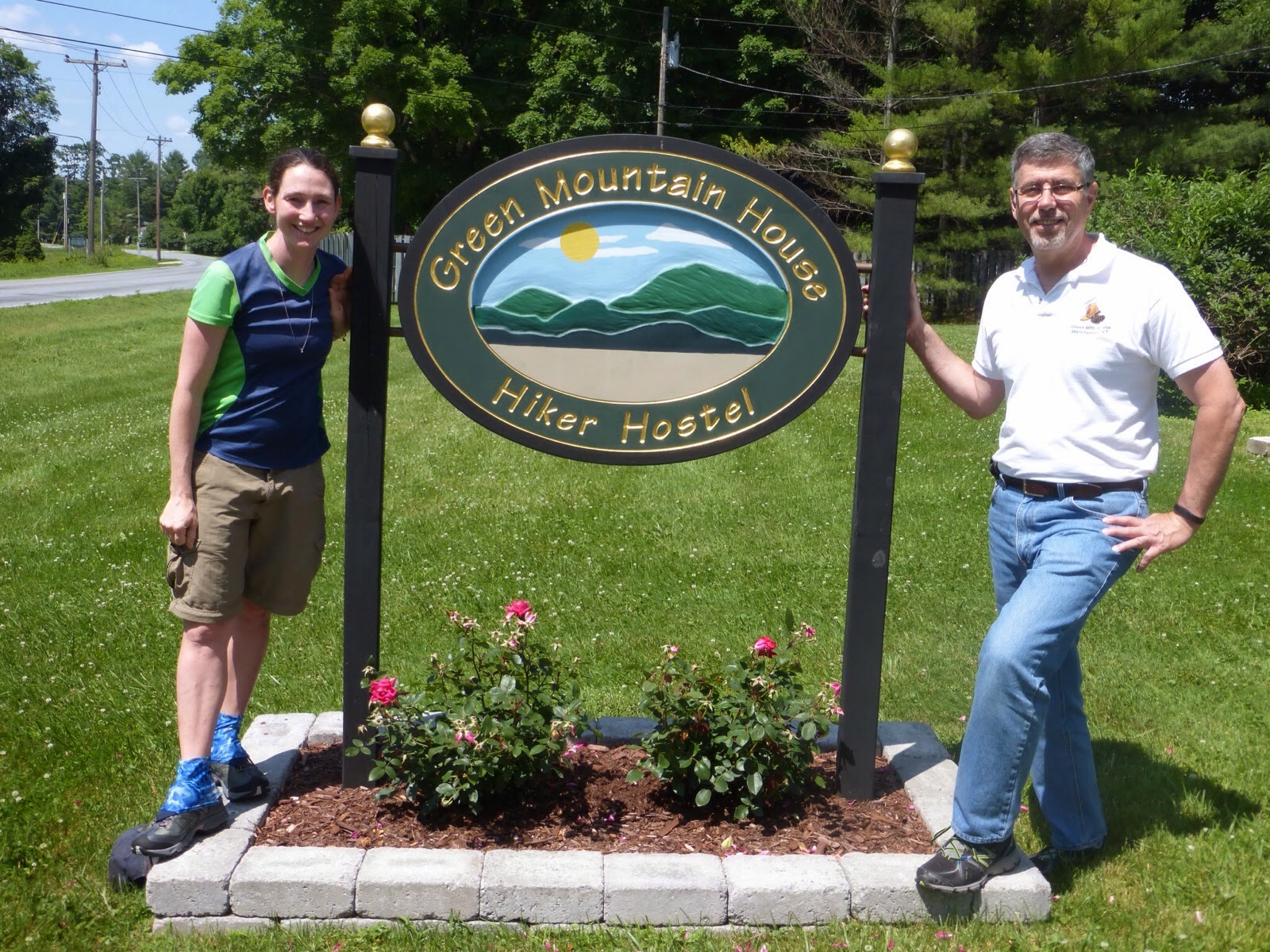 After doing my chores and things on the computer, Jeff got me back to the trail by 2:30pm. I’ve decided to take this leg slightly more relaxed and try to do a little less miles. It will line me up to get to town in the morning four days from now and then I can fully enjoy the nice gifted hotel room that awaits me in Lebanon, NH(next to Hanover). Today was one of the most pleasant weather days I’ve had all trail! It was sunny, breezy, and in the 70s. Just perfect hiking weather and the trail had dried significantly in the last 24hrs. I had new shoes and was very happy to have thrown out the mud caked ones I wore yesterday. I had some very happy feet today and my shoes still look brand new! 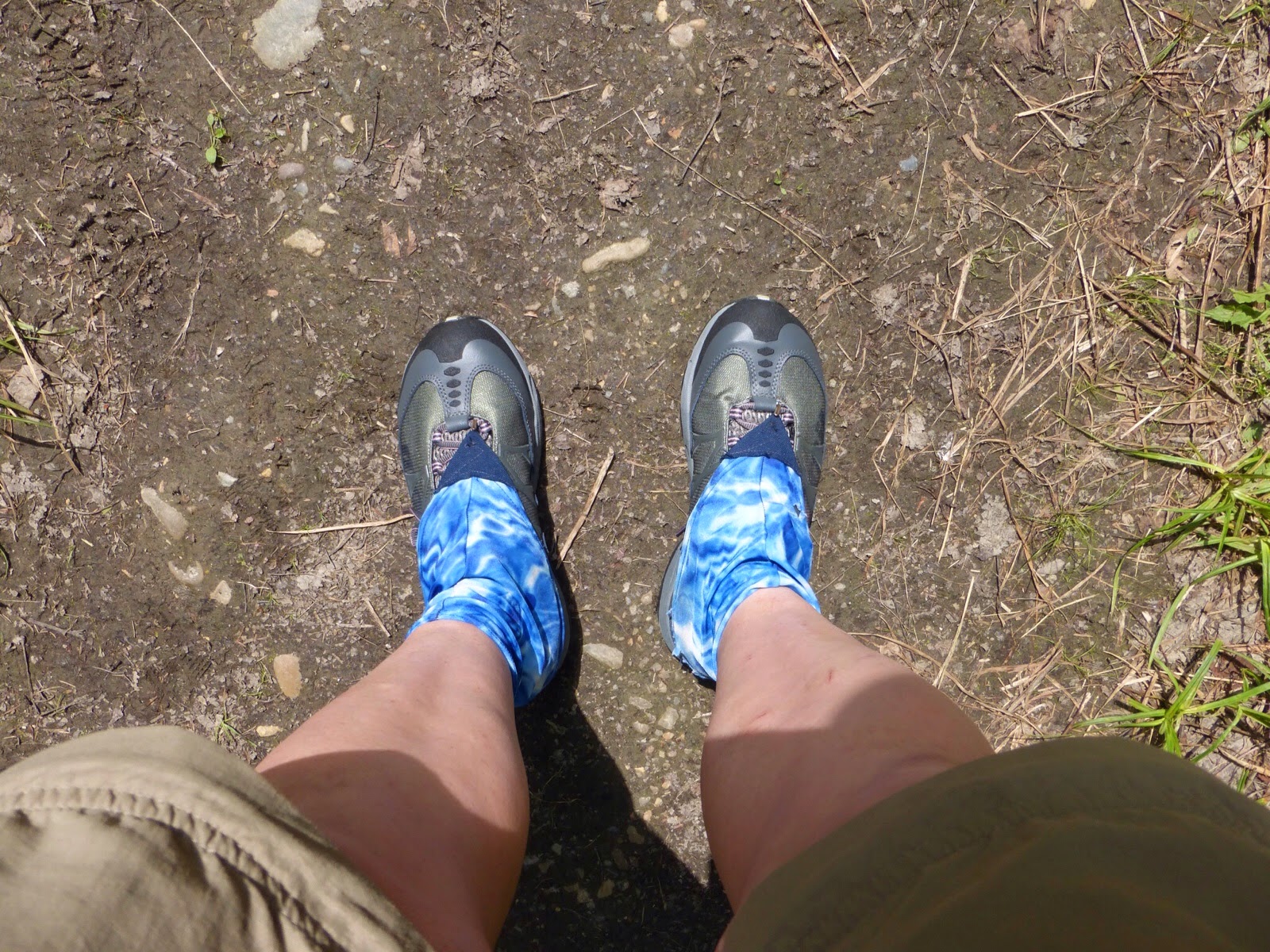 I also enjoyed the hiking. Still rocky, rooty, and in the woods most the time, but it was fairly smooth hiking with less brush. Jeff said an explanation for the brush is that they purposely don’t cut it back in SE places to discourage hikers from widening the trail when trying to avoid the mud and puddles. That totally makes sense and helps me to accept it a bit. I still don’t like it at all as it increases my claustrophobic anxiety, but at least there is a reason for it. 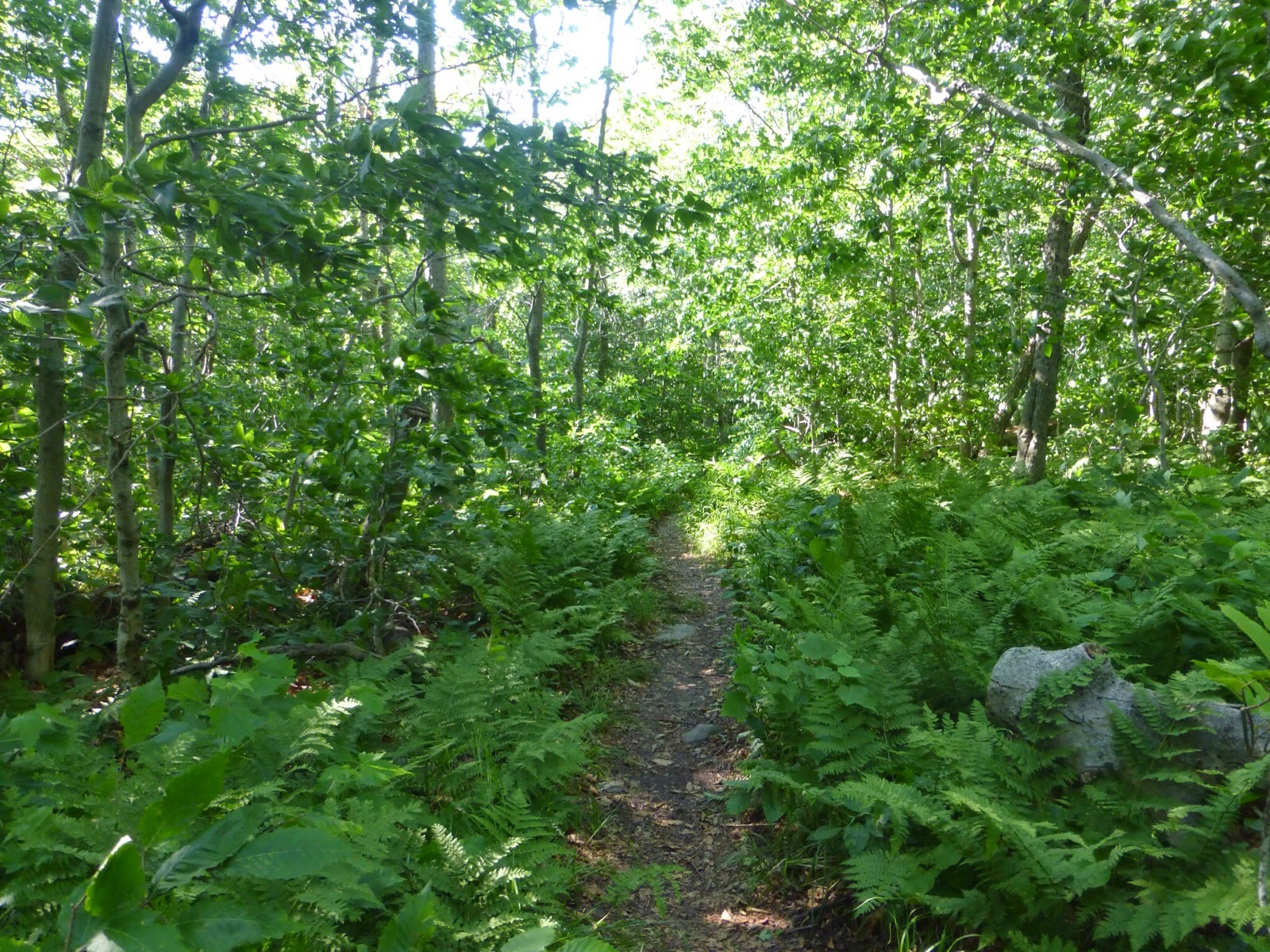 I just felt energized with the cool breeze and no humidity. The ten miles came easily and I was entertained just listening to the wind through the trees and watching the sunlight shift as the leaves moved. 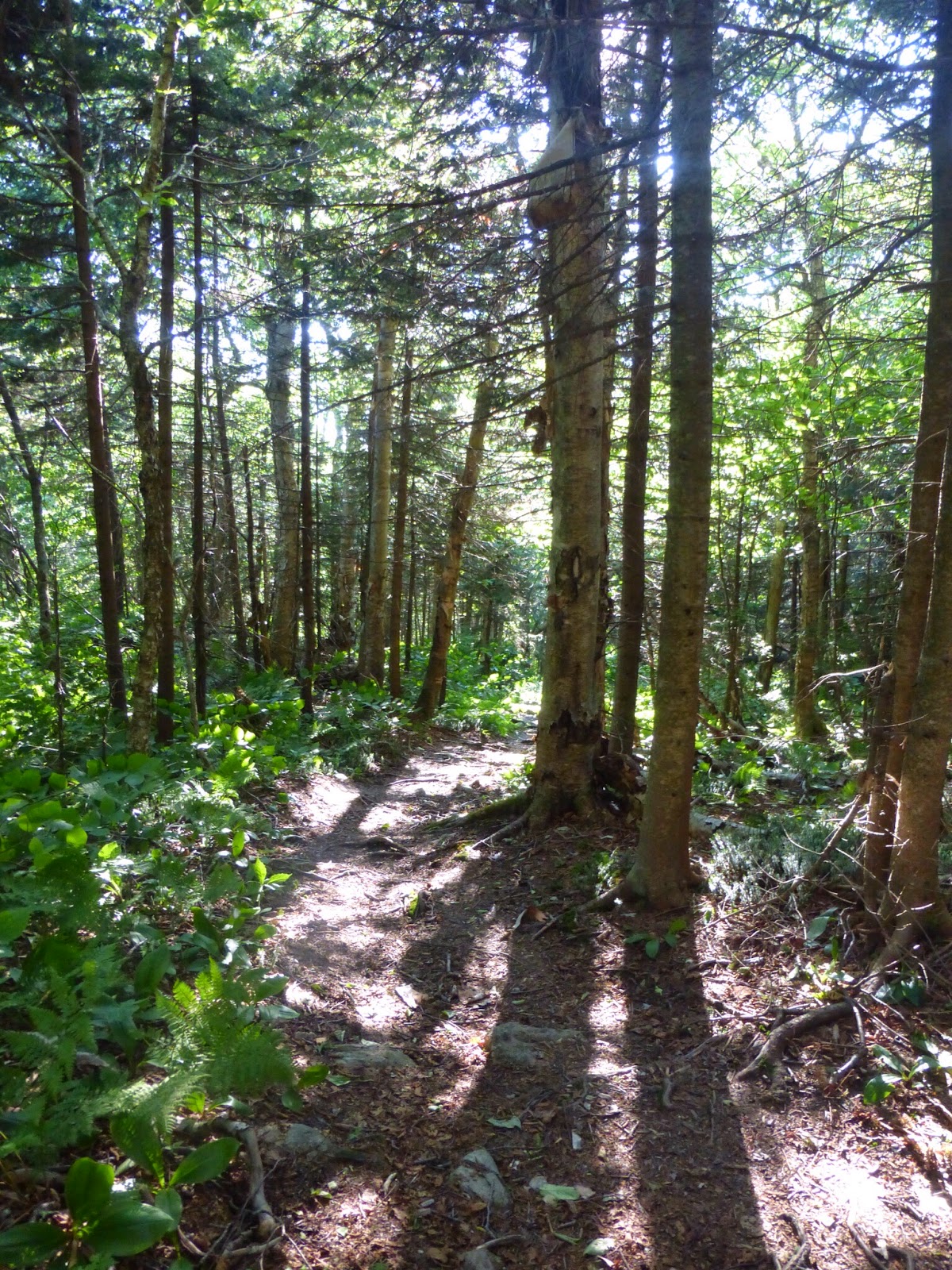 It hasn’t been relaxing like this in a LONG time and I know it is short lived as the heat and humidity should increase and more rain could come in a couple days. I am definitely going to enjoy it while it lasts! There were a couple views today. One was at the top of a ski lift, but I’ll take anything at this point. 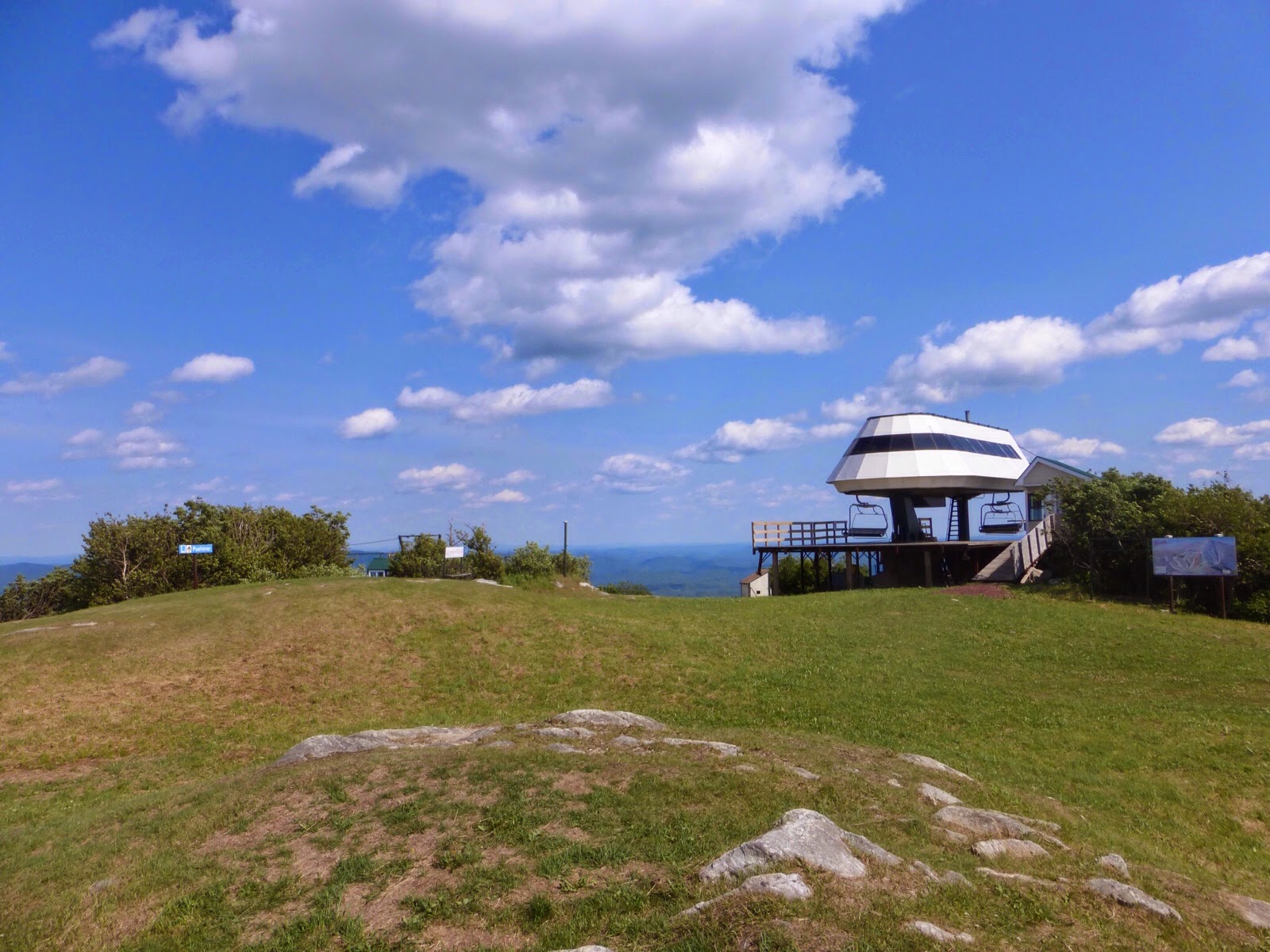 I did stumble on a root today and came close to falling as the pack weight pitched me forward. It was a close call as I stutter stepped a few times and was able to get a hand down to regain balance. I was so relieved it wasn’t a fall and it took a few minutes to get the adrenaline out of me. I was so distracted that I didn’t notice until an hour later that my water bottle must have tumbled out into the brush when I stumbled…and my sunscreen bottle I’ve had for all my hikes! I knew this day was too perfect…another thru was just behind me and I had SOBOs relay the message to him if he somehow saw it and picked it up, but I don’t think he did as he didn’t come by my campsite to bring anything. I carry two other bladders, so I have plenty of capacity and a family at the last shelter let me squirt some sunscreen in a Ziploc, so I’ll be okay the rest of the leg. Just annoying as I’ve been pretty good on this trail about losing things. Plus, just yesterday, I noticed my little bleach dropper was missing. I only use it every so often when I don’t want to filter and I have another one in a box I will get to in a week. Ugh.

To fully balance the day out, I tried to be more relaxed and chose to camp at a tenting site at Griffith Lake. I would have had to hike further to get past this section which gets a lot of use and requires a $5 tenting fee and decided to just give it a try figuring it would be a nice spot…I passed the lake just before the tent sites and was really hopeful… I found out the sites were platform sites and I know these will come up more possibly in New Hampshire so I wanted to do a test run. The wooden platforms are there to protect high use grounds. Good thing I did test it out because it did not go well. I was not able to creatively stake out my tent which is not free standing. It requires at least six stakes to stay pitched. No matter how I tried, it wasn’t happening for me. The caretaker knew that might be the case and said there would be a space next to the platform to put my tent. I’m sleeping on an incline with roots under me…but it’s not a puddle so I’ll take it! 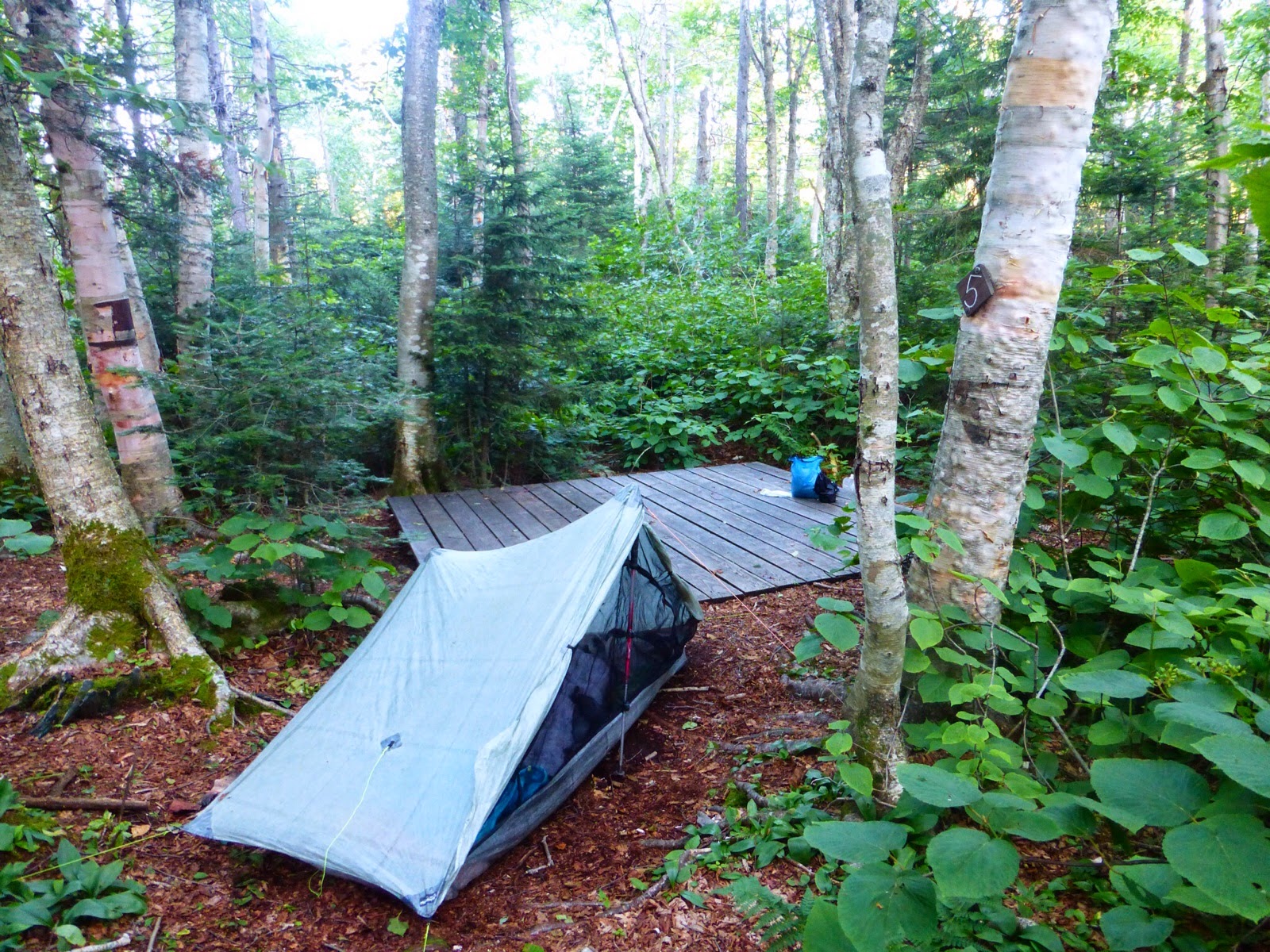 Oh, and the sites are well away from the lake and close enough to each other that I’m inhaling special fumes from my neighbors who are out for the weekend and up well beyond hiker midnight. Sigh…the kicker is that I paid for this. Gotta love the AT! I will be buying little screw in hooks in the next town in preparation for future platform sites. It is wonderfully cool and breezy so it should still be a good night of sleep.