Well, the good thing is that it didn’t rain much last night. The bad news is that because of that, it was really humid all day today as it is building for forecasted rain or storms tonight, which will hopefully bring in cooler temperatures. I knew it would be a hot one today the moment I woke up. The humidity was thick in the air and it was overcast, but I was already uncomfortably warm and it wasn’t even 6am yet. I started hiking by 7am and the sweating started instantly. Today was a definite pattern. Lots of ups and downs. I’d be dripping sweat and soaked on the hike up and then cool on the downhills with a slight breeze in the air. The excitement of the morning was that there was a side trail to a shelter called the Lookout that had a viewing deck on top where I could get my first glimpse of the Whites (mountains I’m headed to in New Hampshire). It was a great view, but it was too hazy to see far enough, darn. Again, I was just happy to have a decent view…and again, this was on a side trail just off the AT. You’ll see in the photos that there were two section hikers there when I arrived. I also had to do a Wired pose as these opportunities are happening so rarely these days. 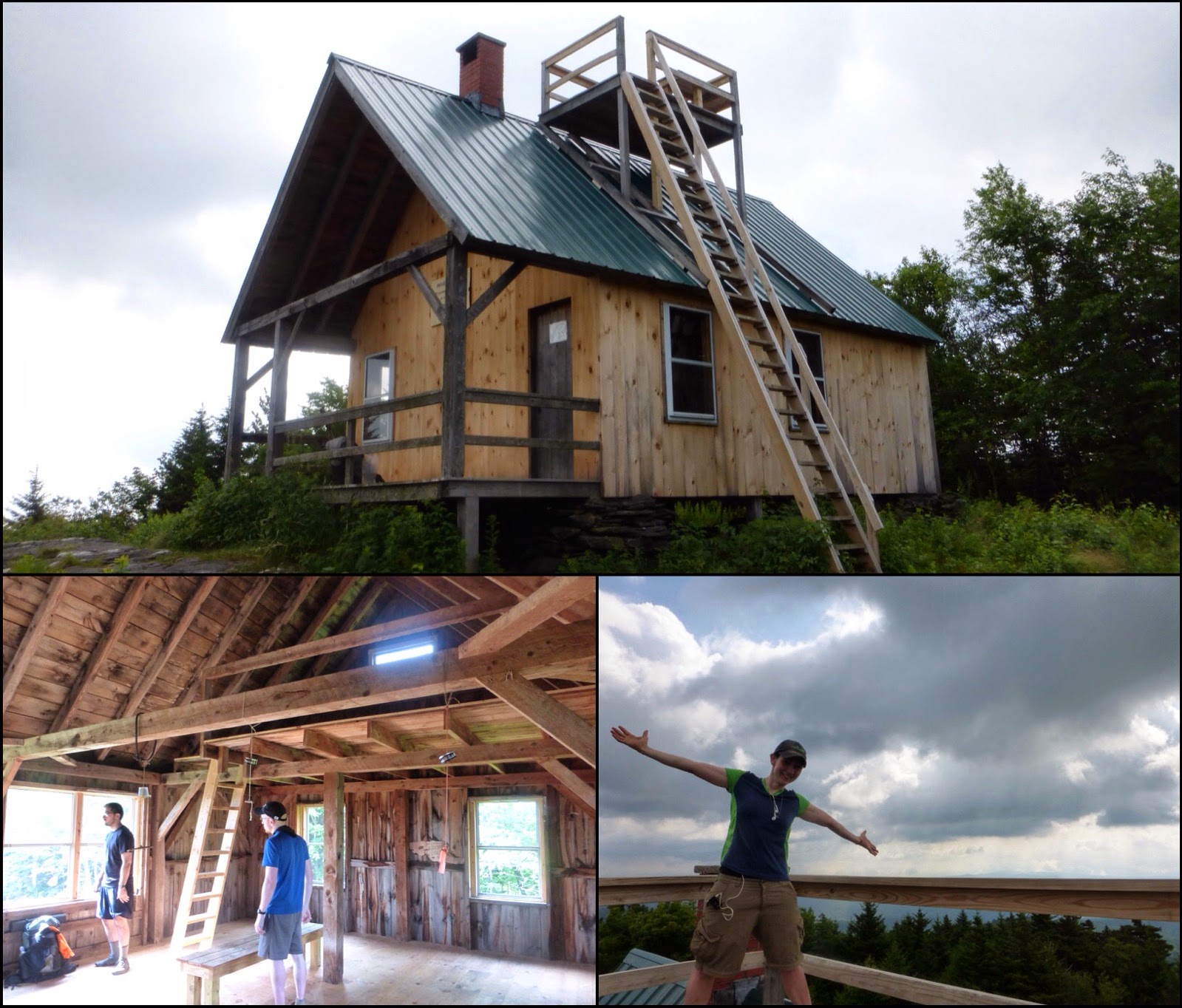 After seeing those hikers, I was alone the rest of the morning and saw two female thrus at lunch when they walked by (not very chatty) and I later passed them. Most of the day was solo, so it was only fitting that I listened to a lot of the audiobook Desert Solitaire, which I started the other day. It was nice to have something to take me away so I could distract myself from the discomfort of the day. By the way, I’ve never used so much body glide as I have on this trip and it’s a life saver, so I highly recommend carrying it on the AT! I also have a decent heat rash on my legs and feet, oh the fun…I will say that the breeze was nice to have and that there were not many mosquitoes so there are some positives. The trail also varied a bit today. It started out on a lot of hiking on slick wet mossy rocks this morning. I had a couple close calls with entertaining flailing arms. I don’t know how one happened, but my feet flew out from under me and I somehow got them back down quick enough as one arm got down in time and both my poles went flying. It was like a break dancing move, whew! 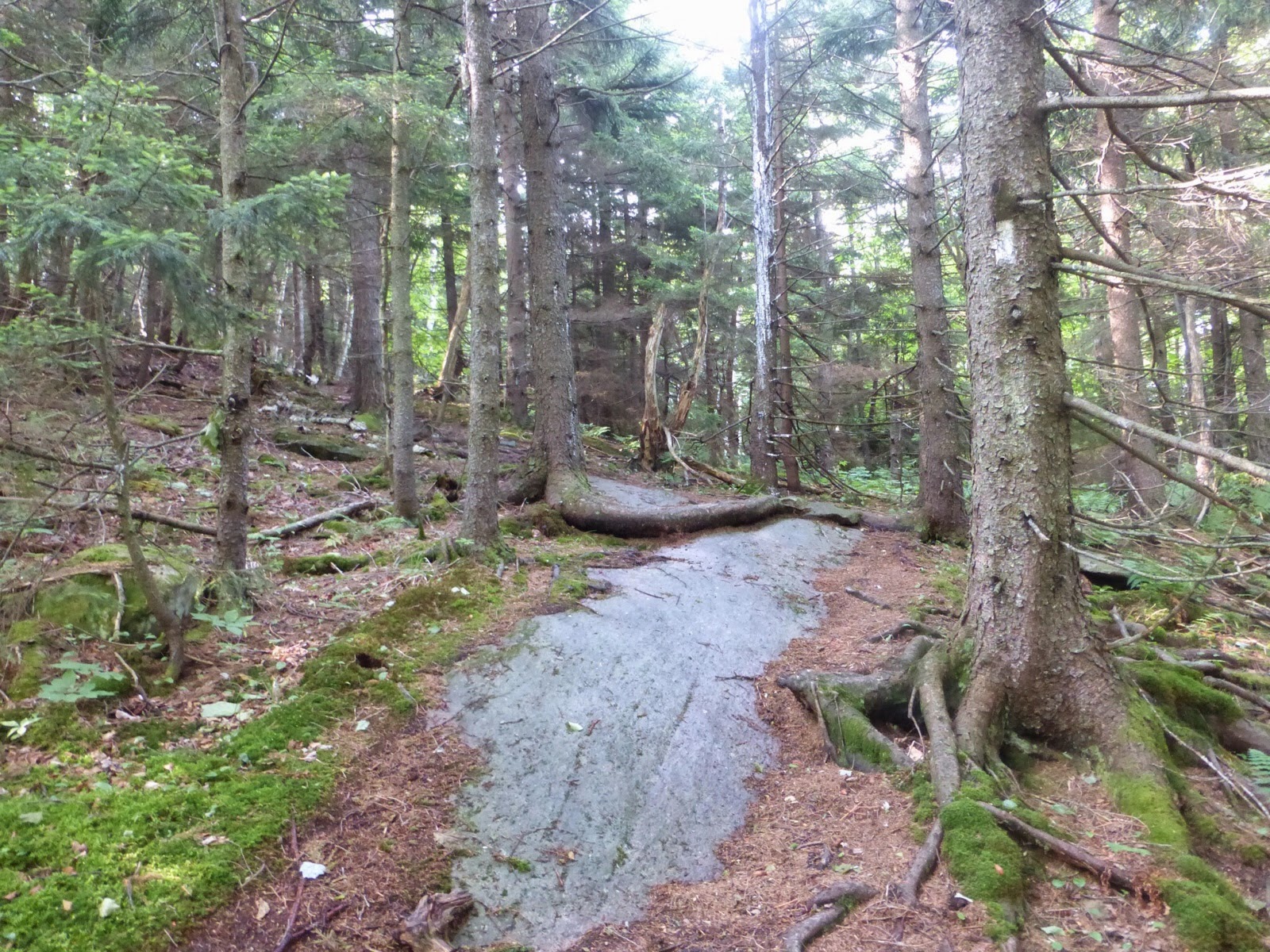 The pattern of the day was lots of ups and downs and then many stretches (at least 6) that went through overgrown pasture fields with the sun beating down. The temperature was at least 10 degrees hotter in the sun and was over 90 degrees. Here are photos of the fields and some of the varied types of forests. 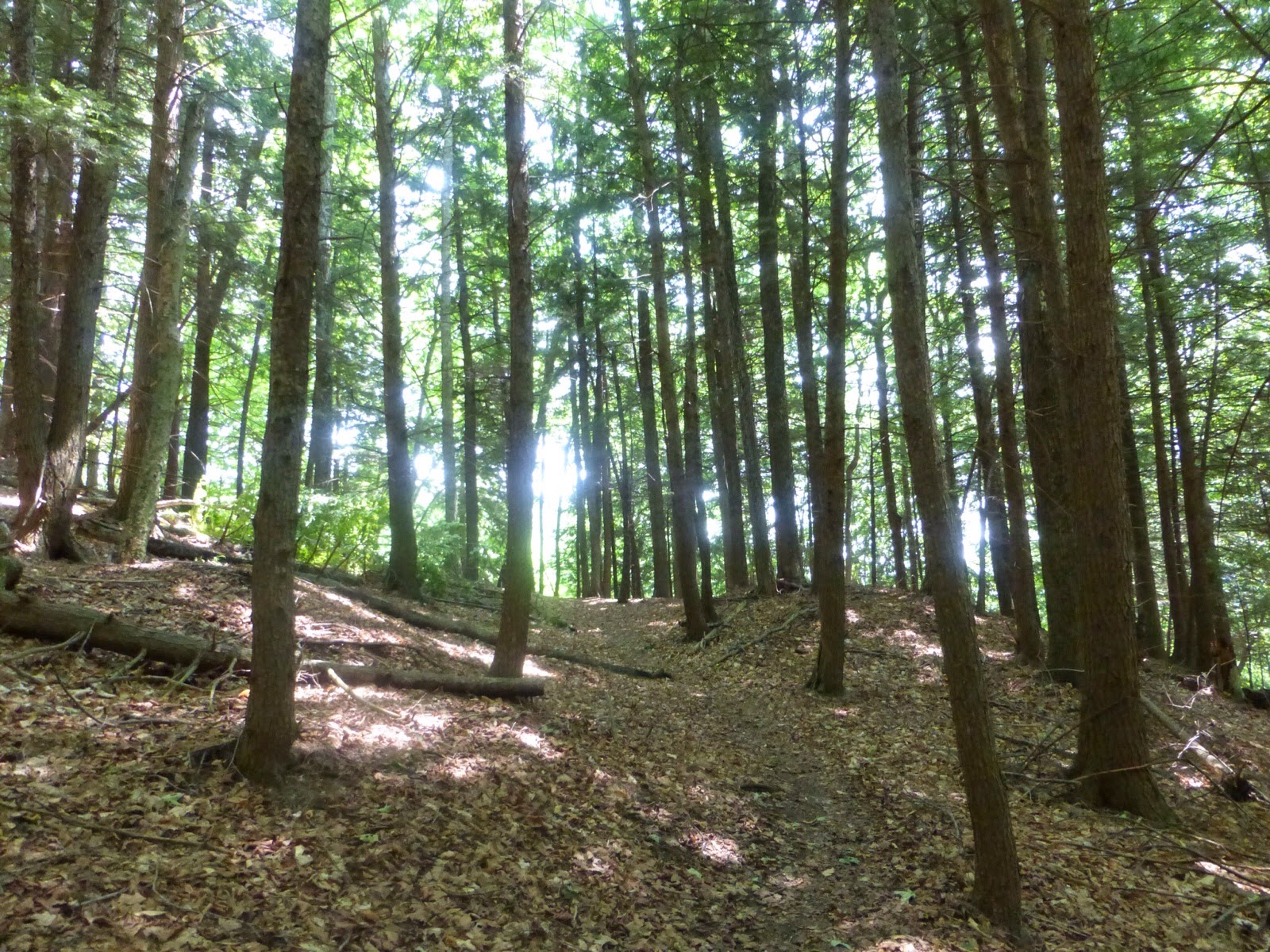 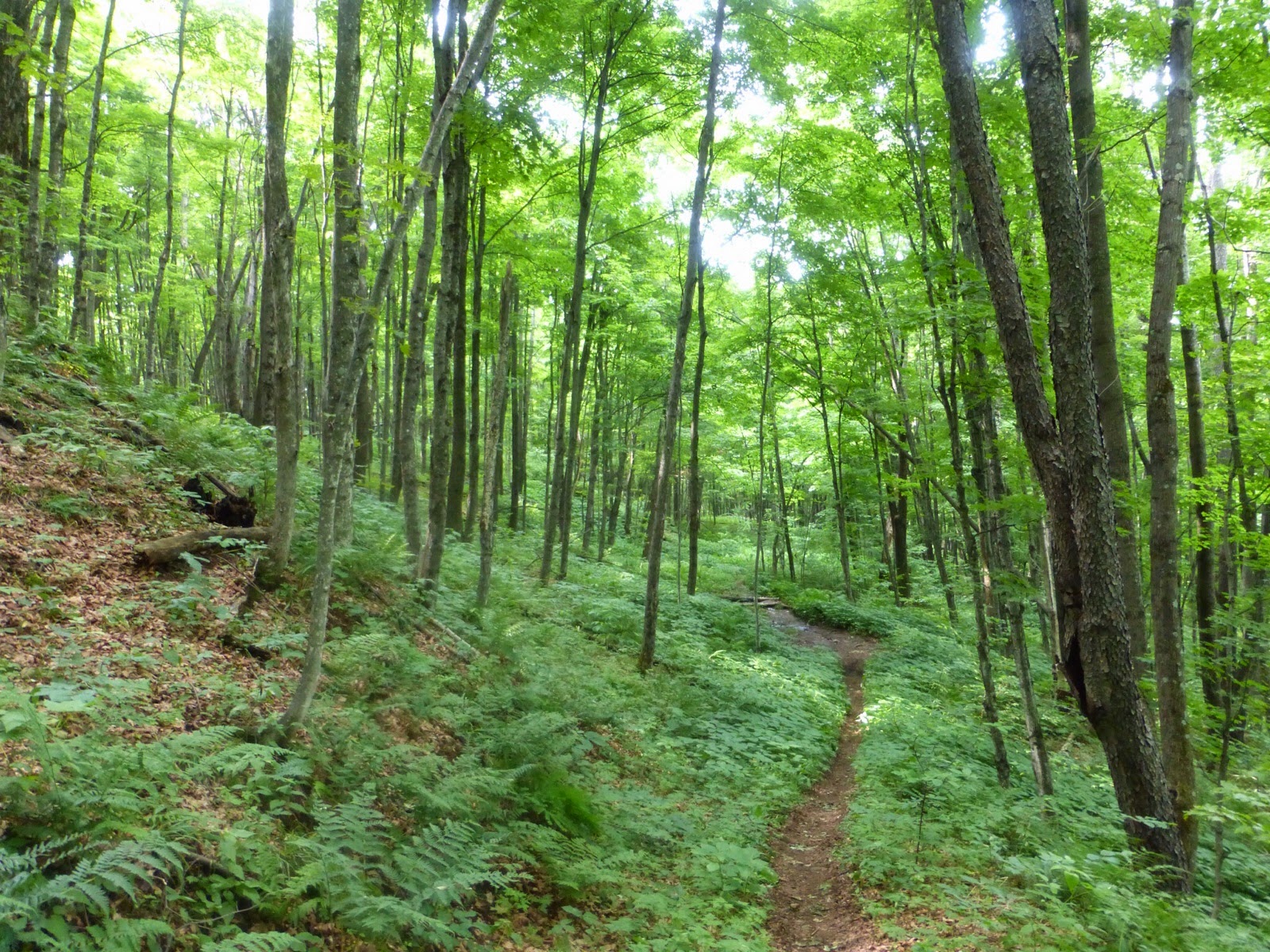 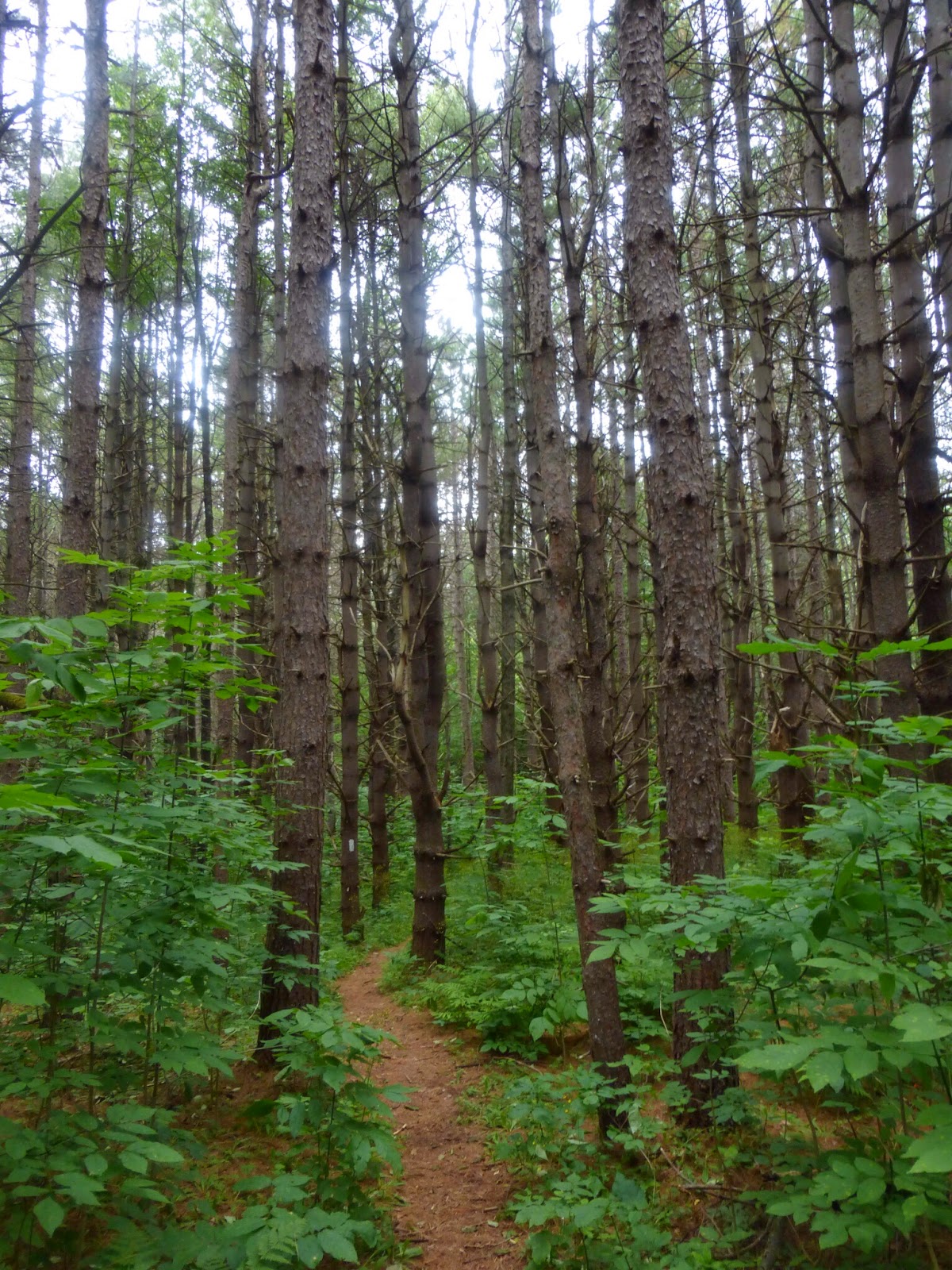 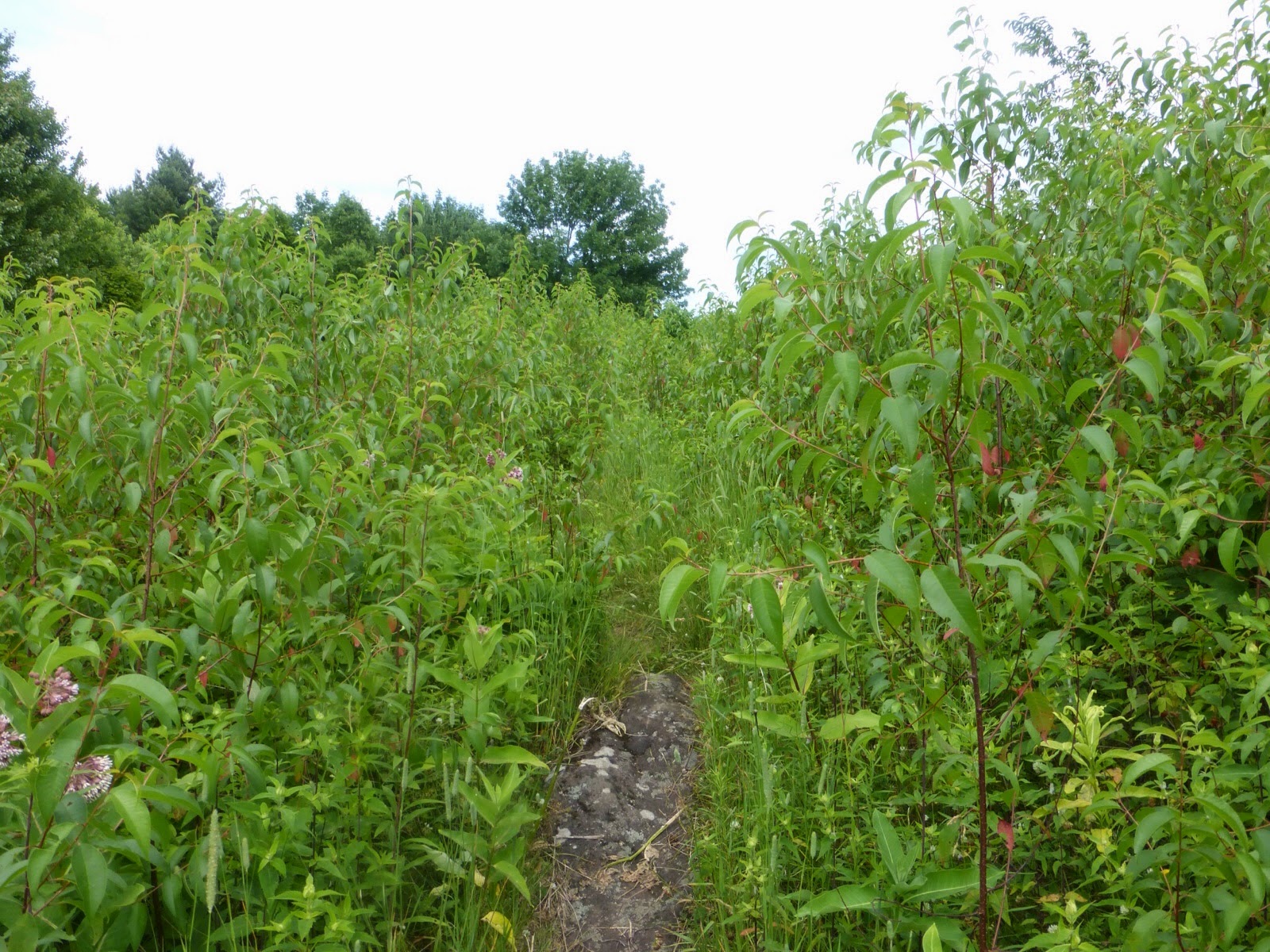 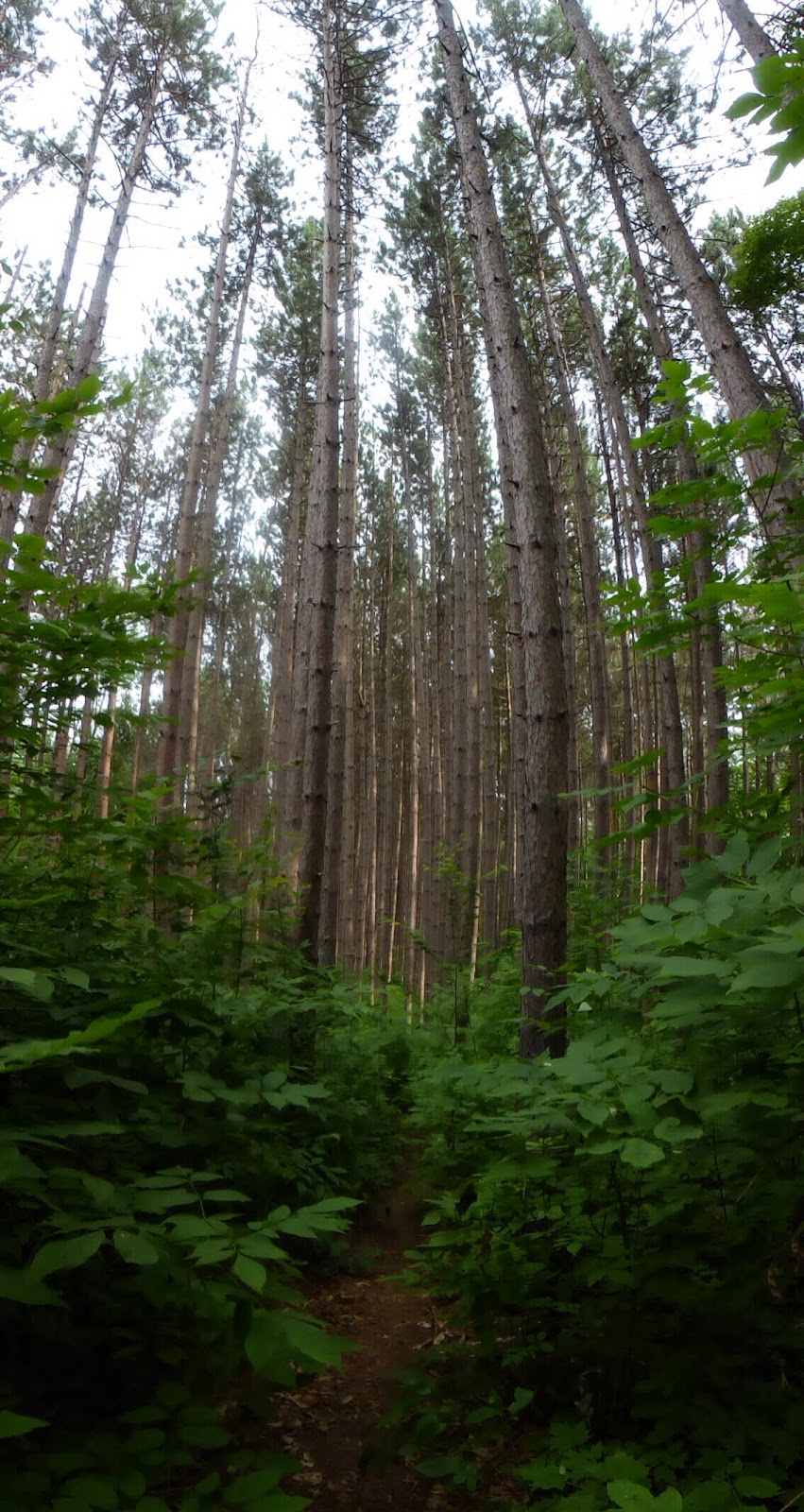 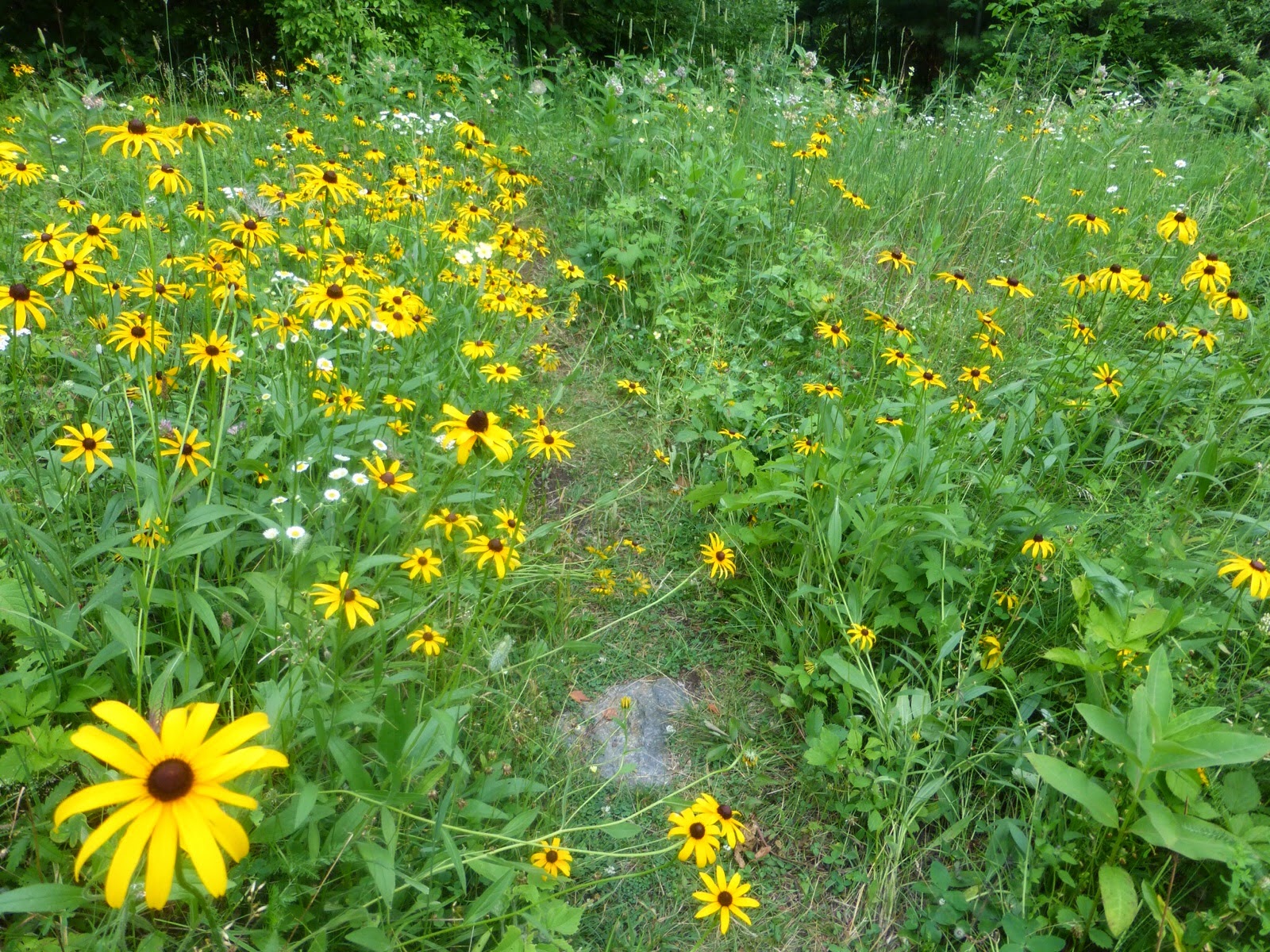 There was an almost empty trail magic cooler halfway through the day, that is restocked throughout the summer. I was able to get some graham crackers and marshmallows at least. 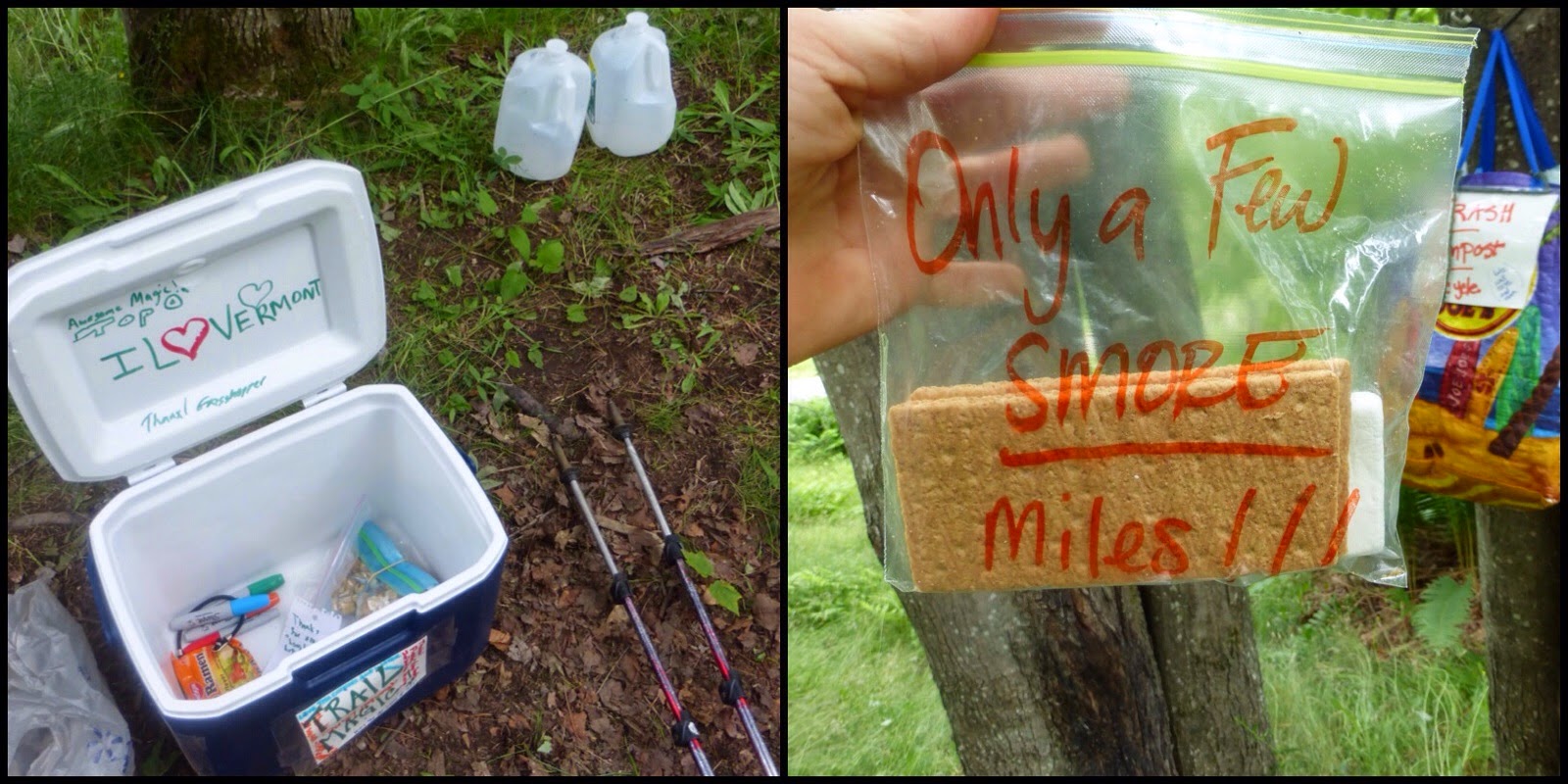 There were some odd bands around large sections of trees like a fence or property marker. They were like tubes that could stretch and even if trees fell on them, they just stretched and didn’t break. Anyone seen this before? 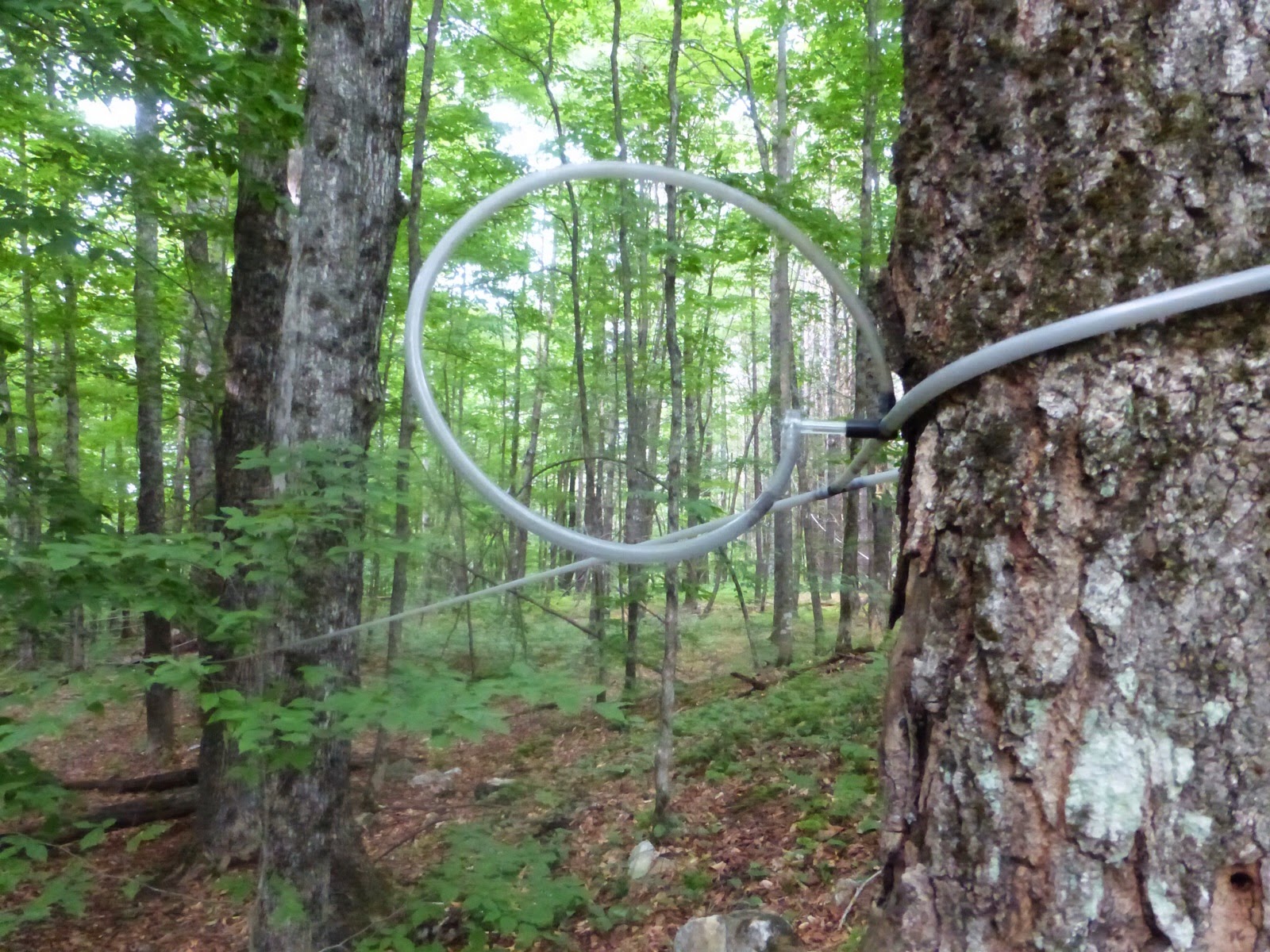 At the end of the day, the trail walked through the small town of West Hartford, which didn’t even have a general store. I planned to get a couple miles from town and camp and as I walked through, I saw a hiker at a house with people on the porch who rang a bell and waved me over. Their names were the Harts and they are purposely not in the guidebook, because they like to surprise hikers with free food and cold drinks. So great! They even take in hikers for the night. The other hiker and I were given bowls of delicious goulash that hit the spot. Here is Randy with his grandson Aidan. You can see how hot it was as Aidan and his little sister were in underwear and all the guys at the house were shirtless. Aidan was sure to mischievously sprinkle our shoes with dirt and we were on our way. 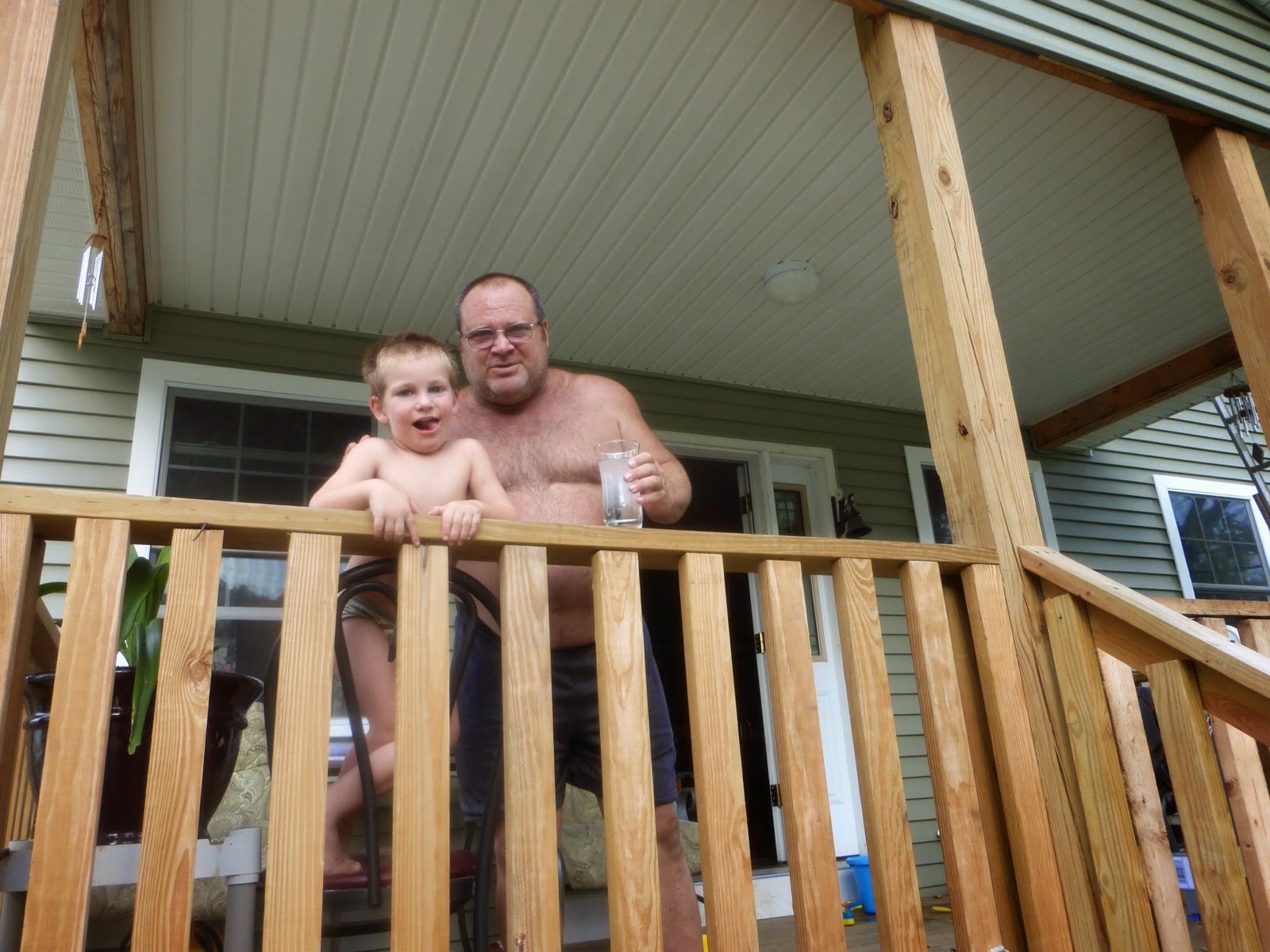 I can’t remember the name of the hiker, I hiked out with, but he started a month ago after finishing college and plans to flip flop back to PA after hitting Katahdin to go south to Springer. Many college grads do this. He was very happy to have some brief company as he too has been hiking alone a lot. He continued on a mile more to the shelter, but I stopped as soon as I got far enough up the hill to find a good camp spot with reception to post the blog. 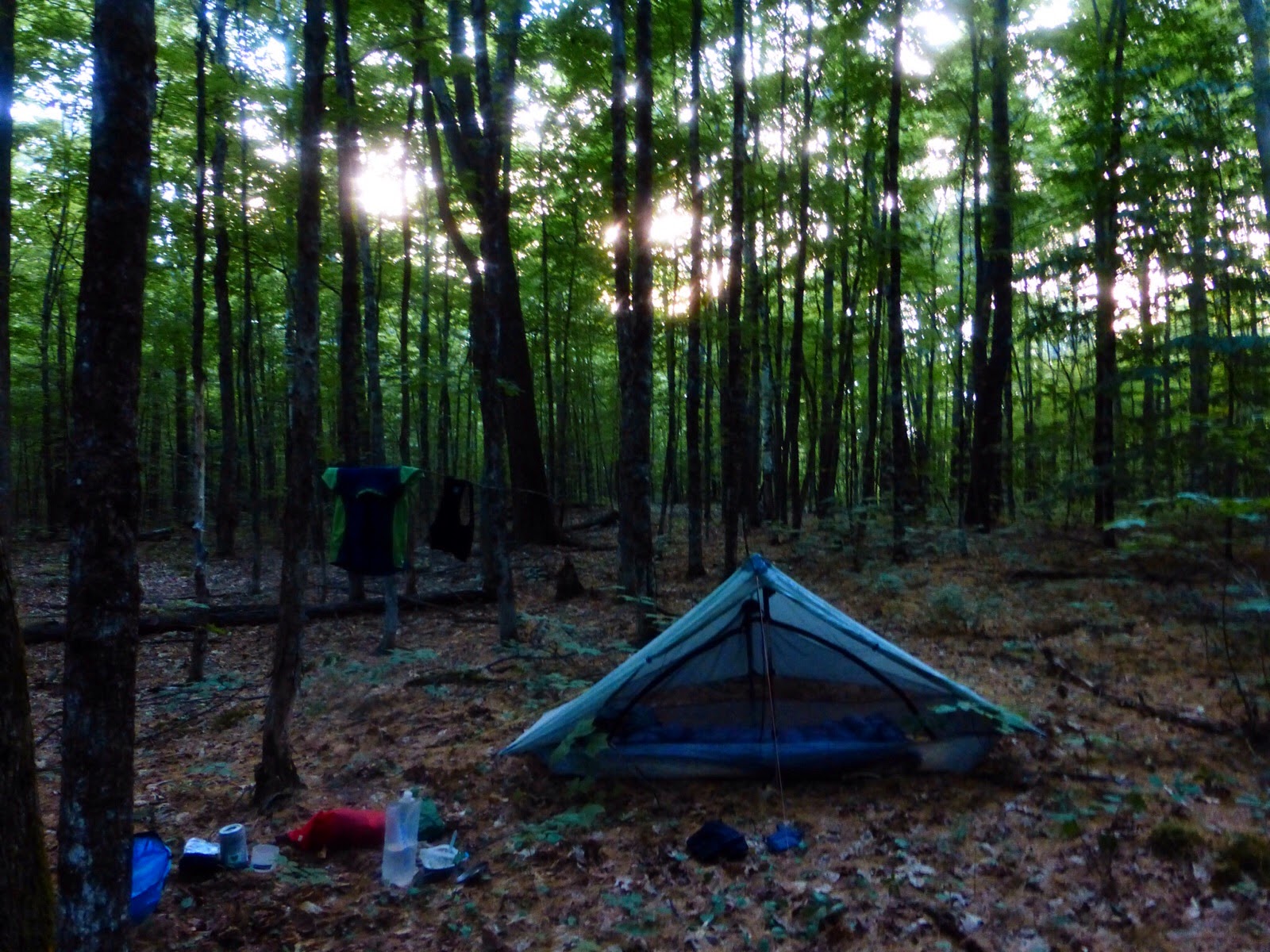 With the unexpected stop, I ended a bit late at 7:10pm, but I’m excited because I’m only 6.6mi from town and a relaxing hotel break tomorrow!