Day 87: Up For The Challenge

I slept really well last night and I’m really enjoying these cooler nights with less humidity. It’s been in the 50s and perfect for sleeping. I was warned that my planned 24mi today would take longer than expected, so I got a good start at 6:40am. More thrus arrived late last night and I walked quietly from the campsite past all four campers who were sound asleep. I was feeling a bit weak and my throat is still sore, but my cramps were held a bay by the magical Naproxen, at least for the morning. I needed a pick me up, so I listened to music and got good radio reception as I hopped through and around more muddy trail. It hasn’t even rained for a couple days so I can’t even imagine it in the rain. 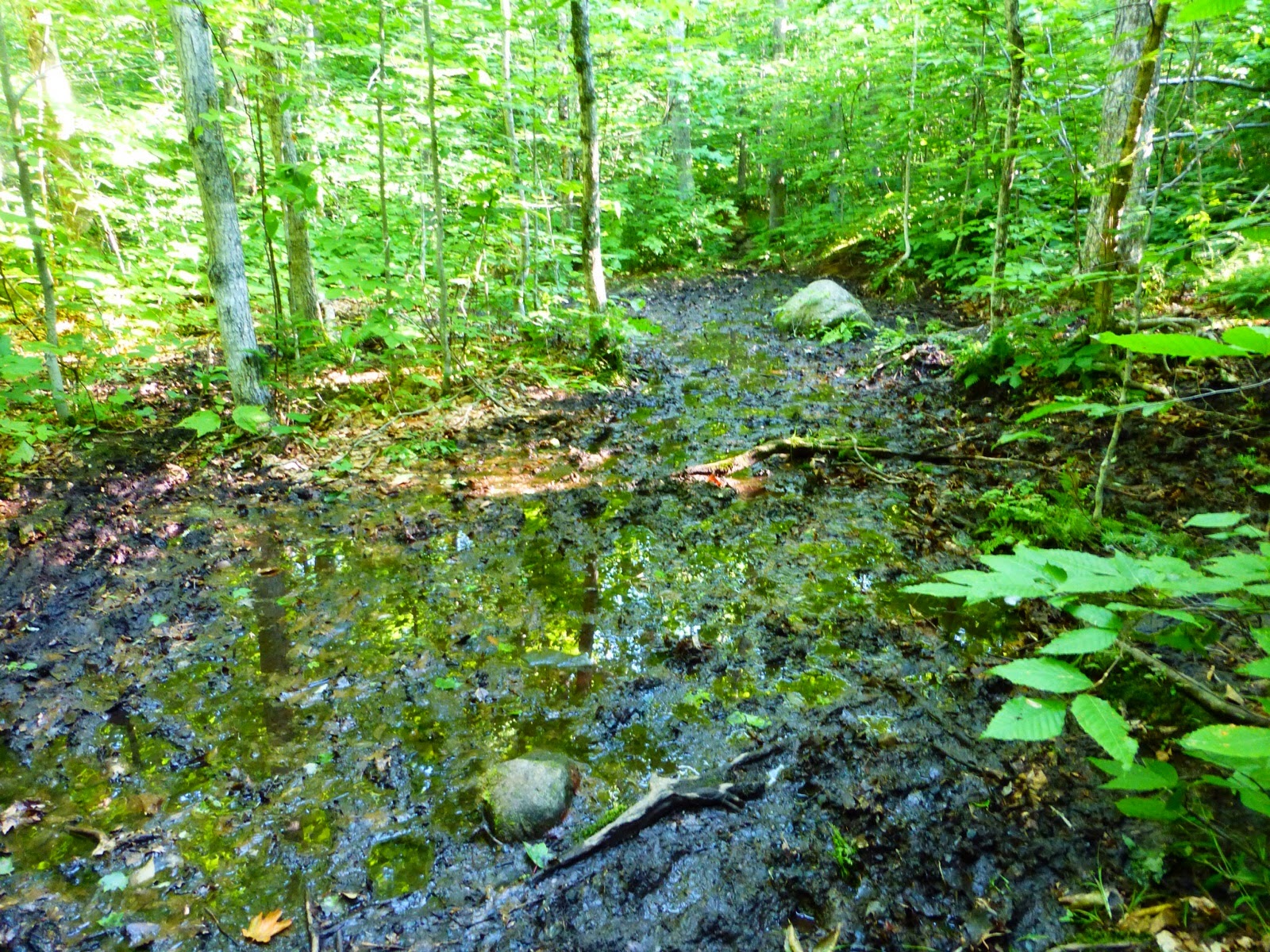 Then I got a real good pick me up in the form of a text and then phone call with Jett Cat. She had almost given up on catching me, but got motivated and pulled a 35mi day into Hanover yesterday. Yes, 35mi! That sets her up to catch me in three days when I get back on trail after my nero and zero! We are both very excited about this possibility as we’ve both been in quite the slump (like many of the hikers out here right now) and we think hiking together would really help pass the time. The only problem is that a storm front is on its way in and Jett Cat is going to try to hike through it. At this point with all she’s done to catch up, I am willing to take more time for her rest if needed. It will be worth it. So the hope is that we will be hiking together in a few days. Everyone hope for the storms to magically fizzle out so there isn’t another delay!

As for my day today, it was great hiking weather and I was quite happy about that because I had the first big climb of the Whites, Mt Moosilauke. You can see on the elevation chart that it was quite a bit of elevation on both sides. The ascent wasn’t bad as it was mostly gradual with just a bit of roots and rocks to contend with. 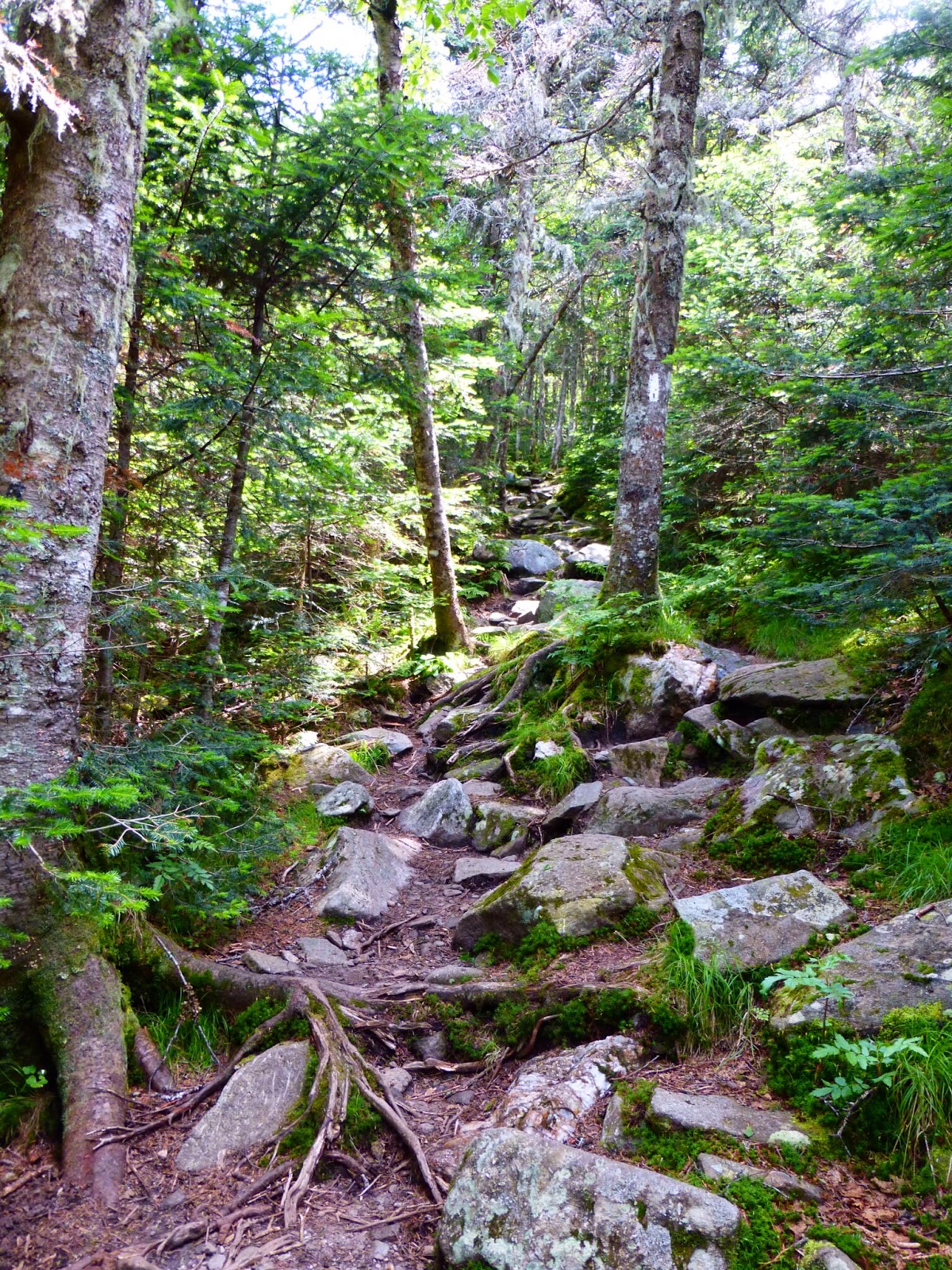 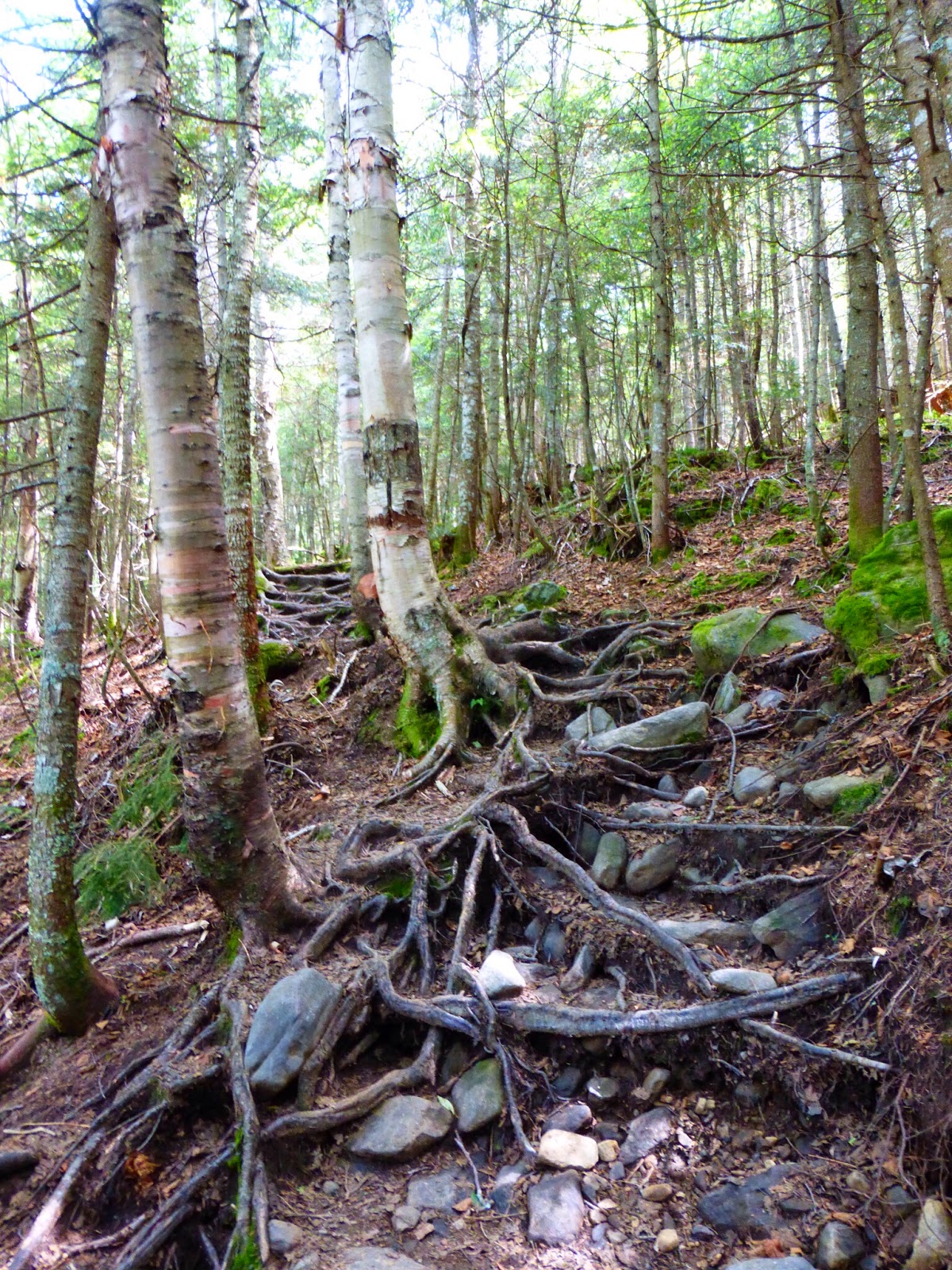 It had about a mile that was steeper with rocks, but the final mile was a nice and gradual smooth ridge walk that was enjoyable. It made me think of the PCT and how much I miss walking along ridges with sweeping views.

I got to eat lunch at the top of Mt Moosilauke and even Skyped with my nephew who likes to see me on the trail. The other day while my sister was talking to me, he said something about me being “up north” like he actually understood. He’s only 2 and we don’t know where he even got that. So great! Here are the views from the top. You may notice there are towns below and many people as today was Saturday. Not as remote as I’d imagined I was. I forgot to mention yesterday that I thought I was in a remote forest and suddenly heard yelling like a sporting event. When I hit the road, I found out I was right by a high school and a soccer game was being played. Yeah, that’s the AT for ya. 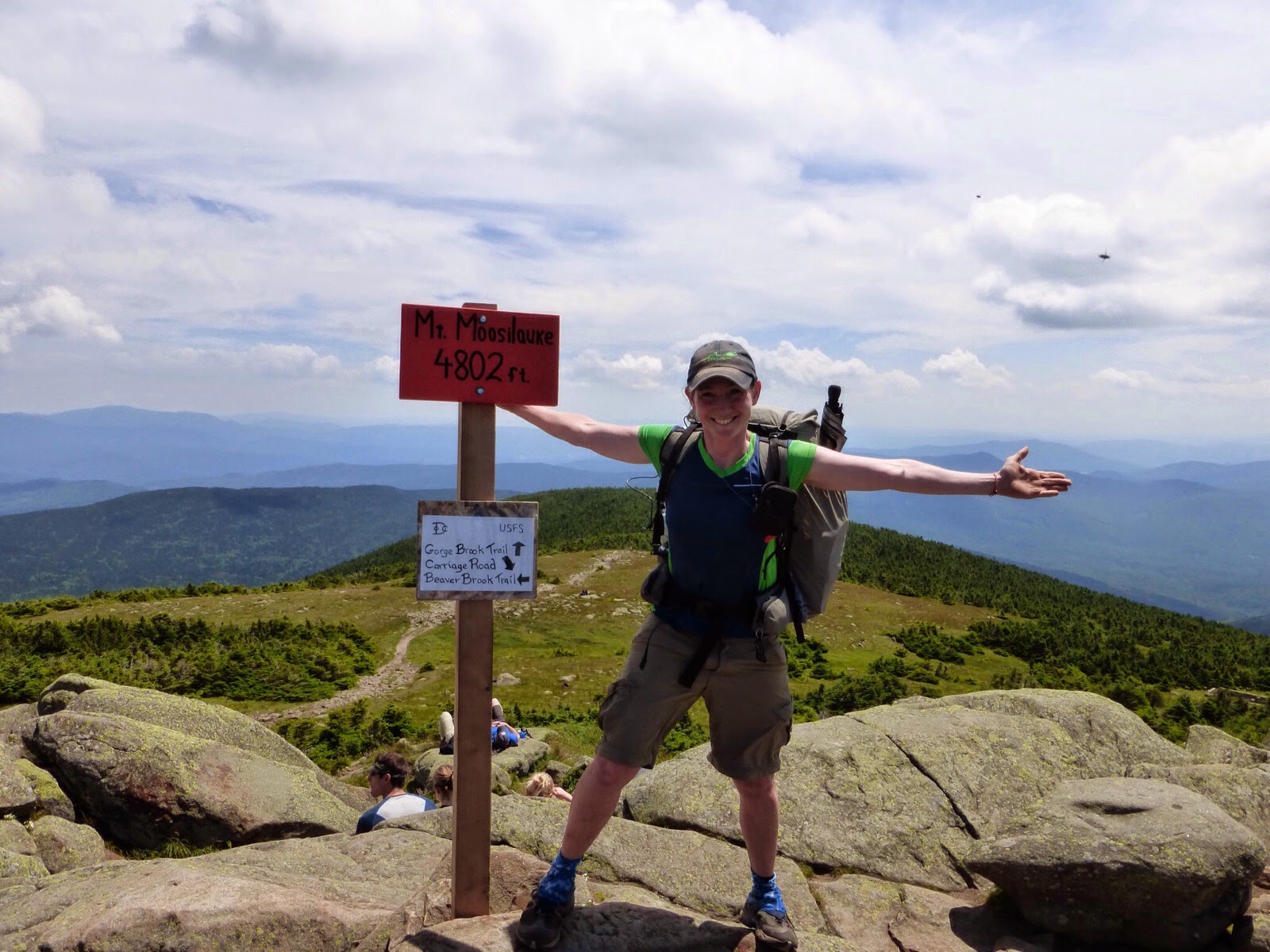 I had 11mi to go to the planned campsite/shelter after lunch. Knowing it was rocky and time consuming, I planned for 2mi/hr and it was definitely precarious hiking on the way down. There was an extended steep section with large rocks, wooden steps nailed into large boulders, and metal bars for hand and foot holds in places. It would be terrible to do if it was wet and I was thinking of Jett Cat who might go though it wet. Perspective is difficult to capture here, but it was a steep down. 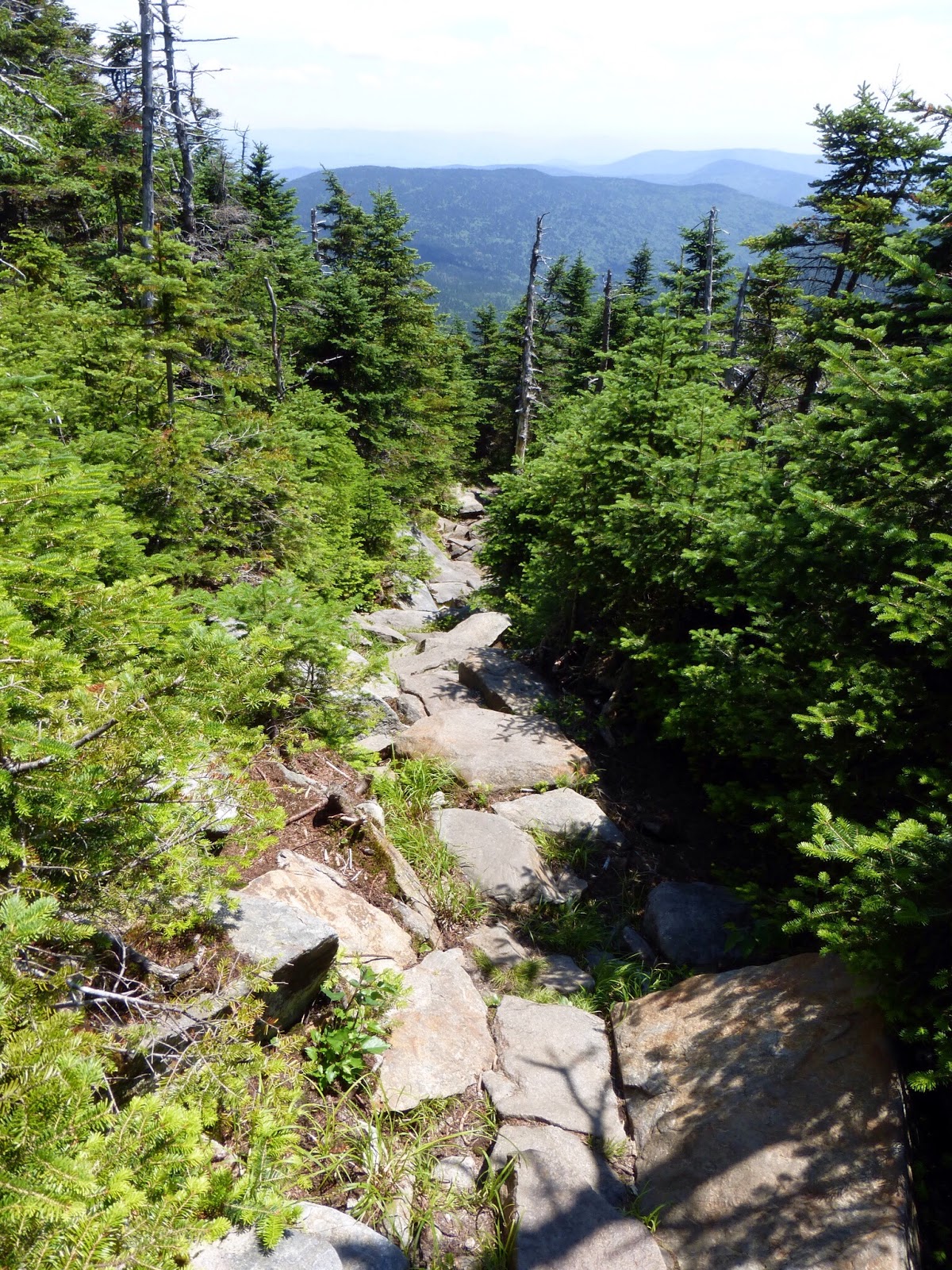 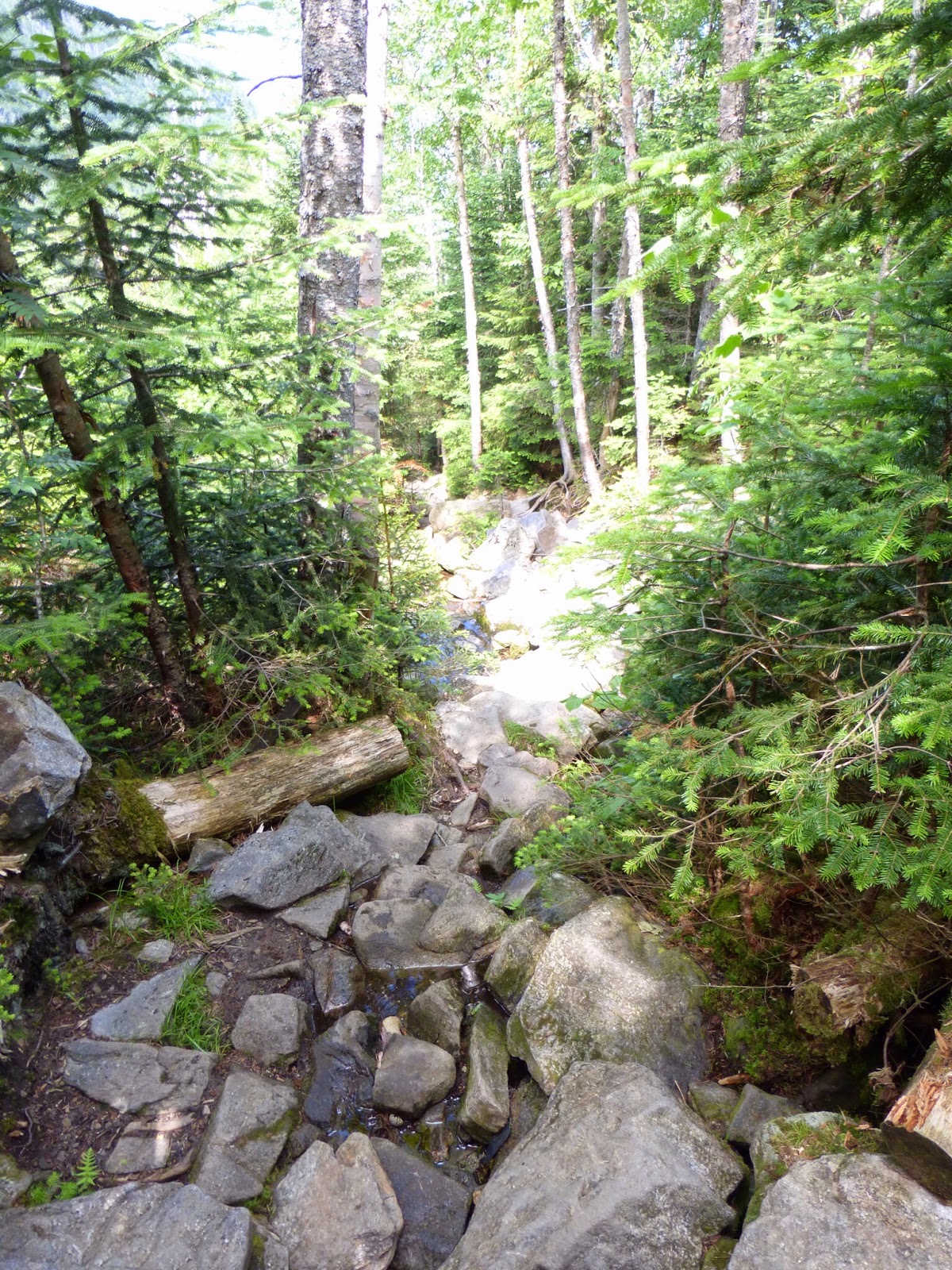 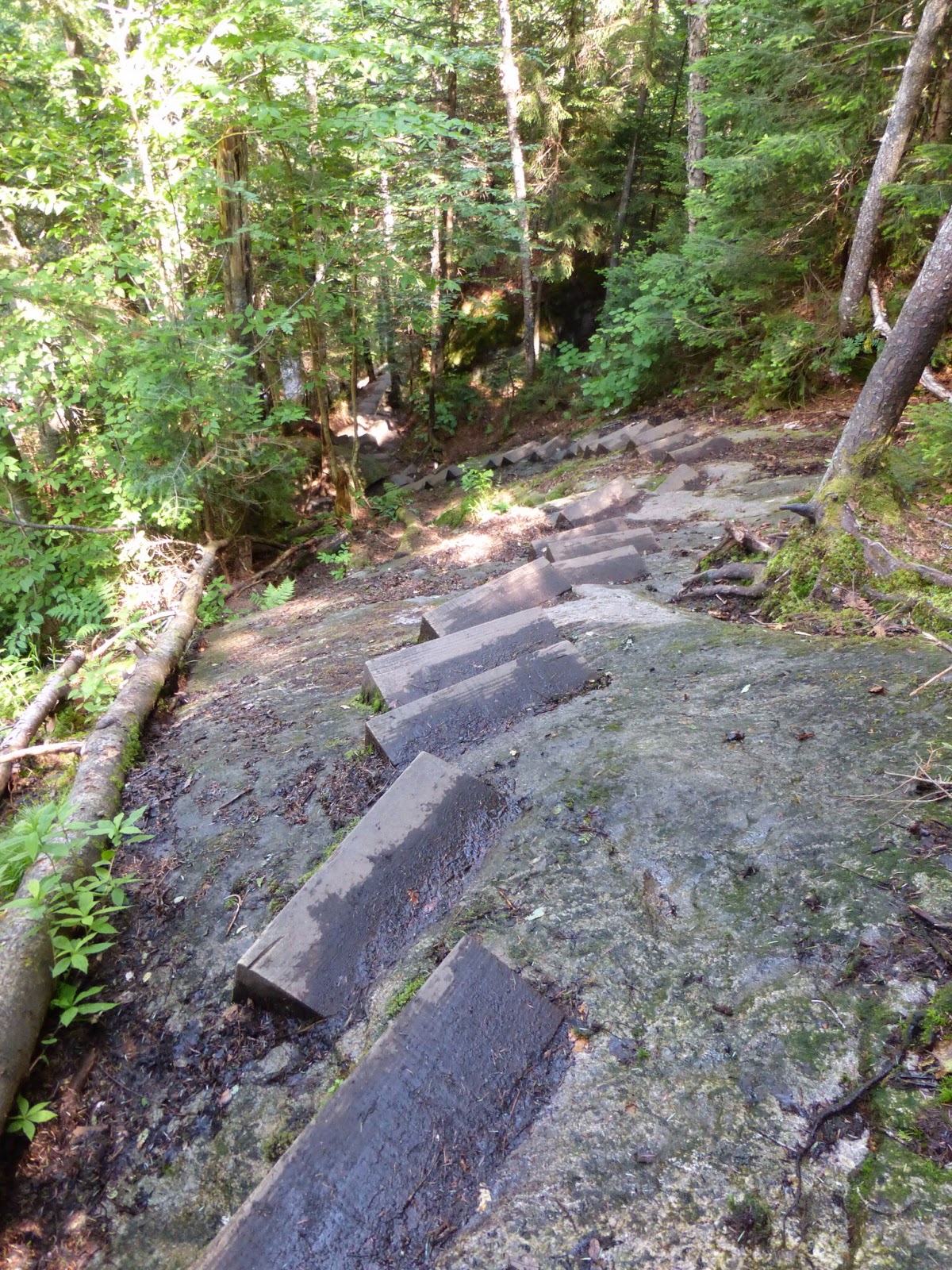 After the slow climb down, the rest of the miles to the shelter were filled with short and steep ups and downs on mossy rocks and roots. 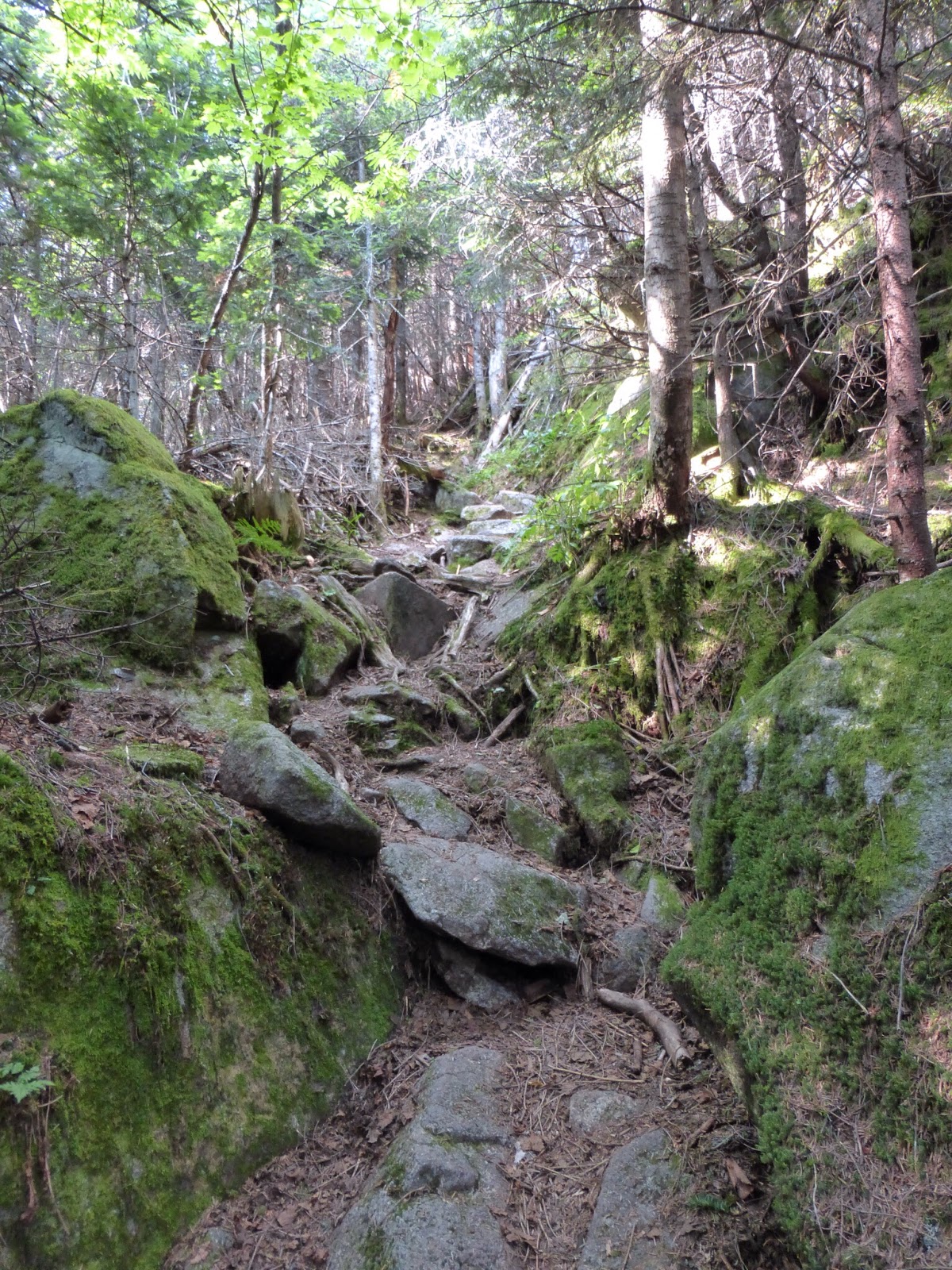 It was at this point of the day that I got annoyed. It was a lot of work for PUDs (pointless ups & downs). Yes, I should be used to this on the AT…A lot of effort for no reward, but my Naproxen had worn off and I was in a lot of discomfort. I could tell my body was drained, but I kept the momentum going and knocked out the final miles fairly quickly averaging over 2mi/hr in pretty difficult terrain. Most of the afternoon I listened to Monkey Wrench Gang and that helped distract me a bit. I made it to camp by 6:30pm and I expected the shelter to be packed as it is Saturday and it is the last campsite before the huts or paid campsites. I was pleasantly surprised that it wasn’t too full. There were some weekenders, so I went straight for the campsites furthest from the shelter. When I got there, a southbounder named Padre was there. One of the first things he did was offer me a big ol’ slice of pizza as he had hitched into town this afternoon and packed in pizza. It totally helped to improve my mood! He has done the trail twice northbound in 05 and 09 and is now going southbound. I don’t get it, but like other repeaters, he says it’s the people he enjoys. It was nice to camp with him. 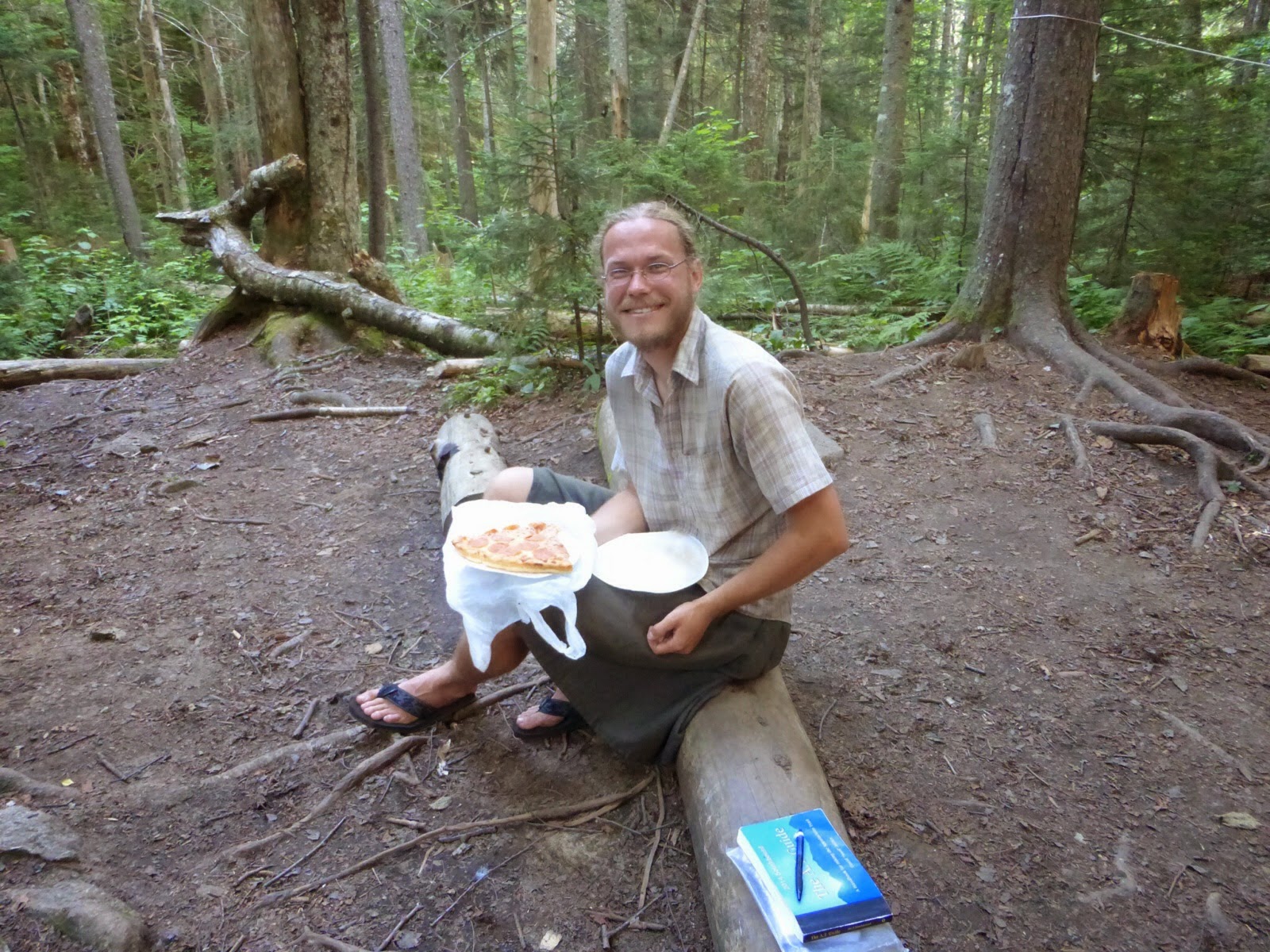 Tomorrow afternoon is when the rains are predicted and I have about 9mi to do over another rocky climb, so I hope to be done by 10:30am. I’m very happy with the timing of this nero and probably my final zero for both weather and body reasons. It’s just what I need at just the right time. Plus, it’s a reunion with hiker friends that many of you will be happy to see from my previous hikes! It shall all be revealed tomorrow! I am proud of the mileage I was able to do in such terrain and it was fun to have a challenge, but the plan is to bring the mileage down to really take in the Whites.