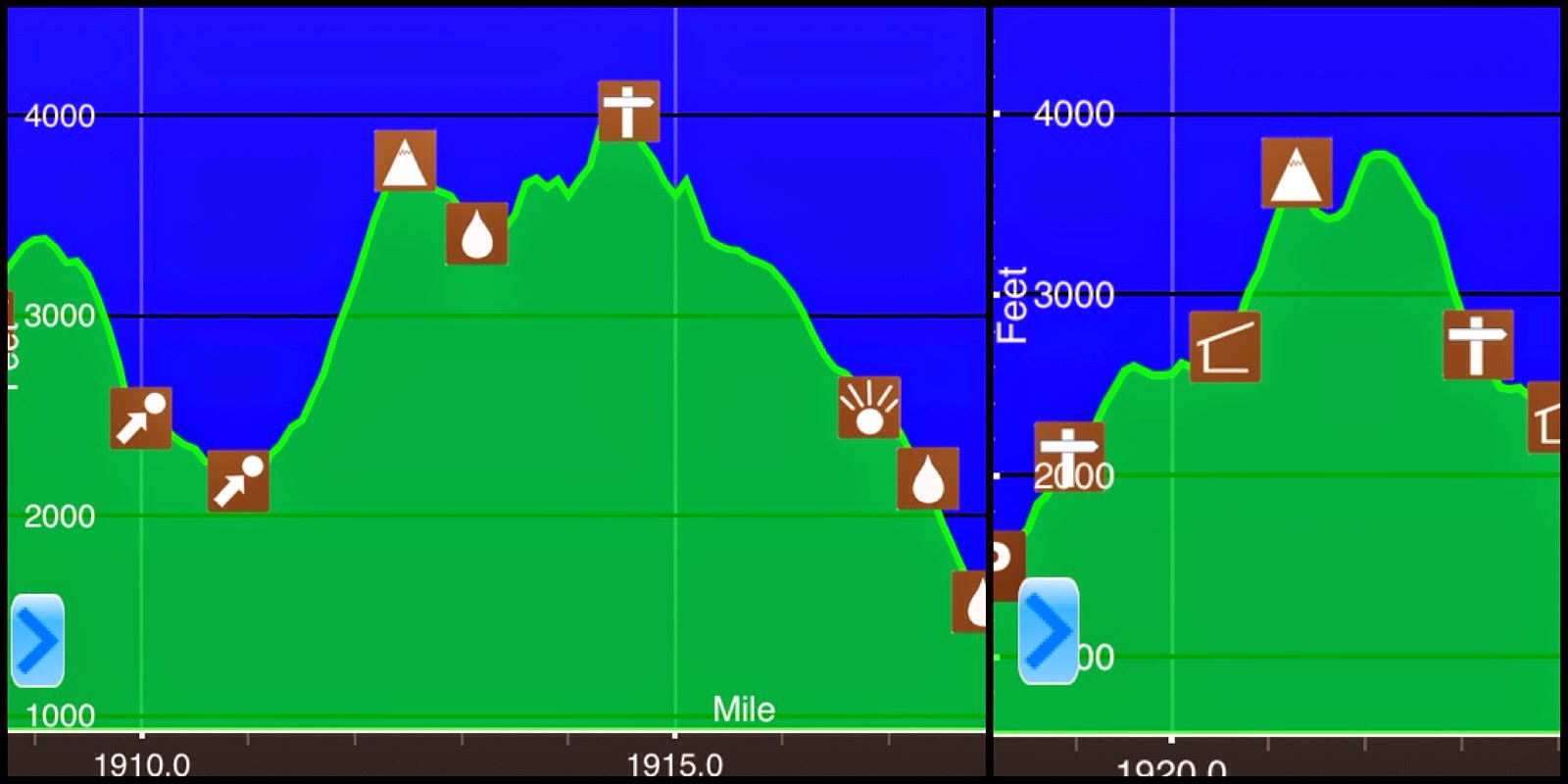 We awoke this morning to a nice sunrise through the trees. 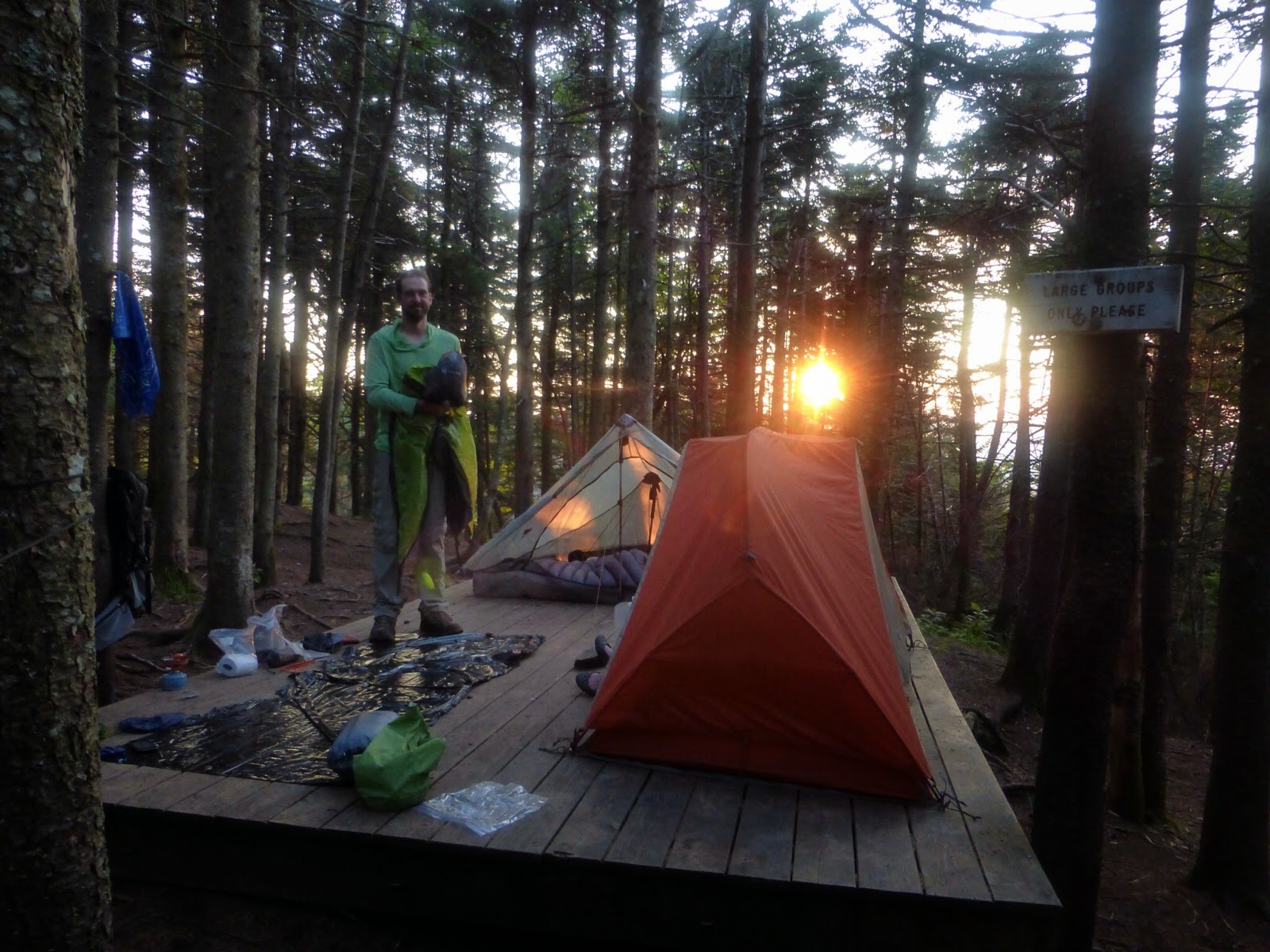 Today was the day that we would hike the slowest mile(s) on the AT. Mahoosuc Notch is a 1.2mi section of boulders hikers have to scramble over and under and it is pretty time consuming. Even though we knew it would be slow going, we were looking forward to it. We left camp at 6:30am and had a mile or so to the notch. We had a good time going through it and I got plenty of pictures. 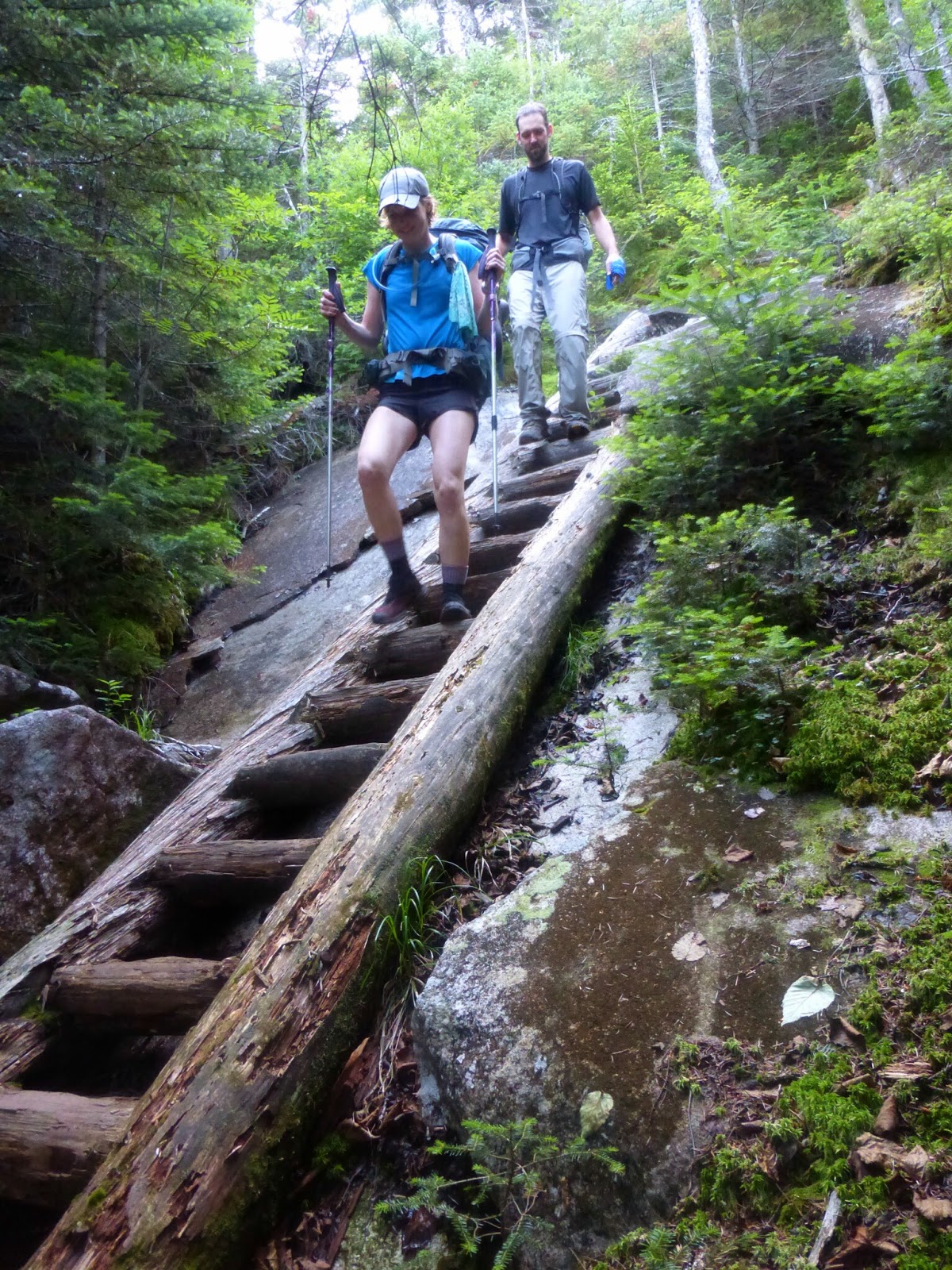 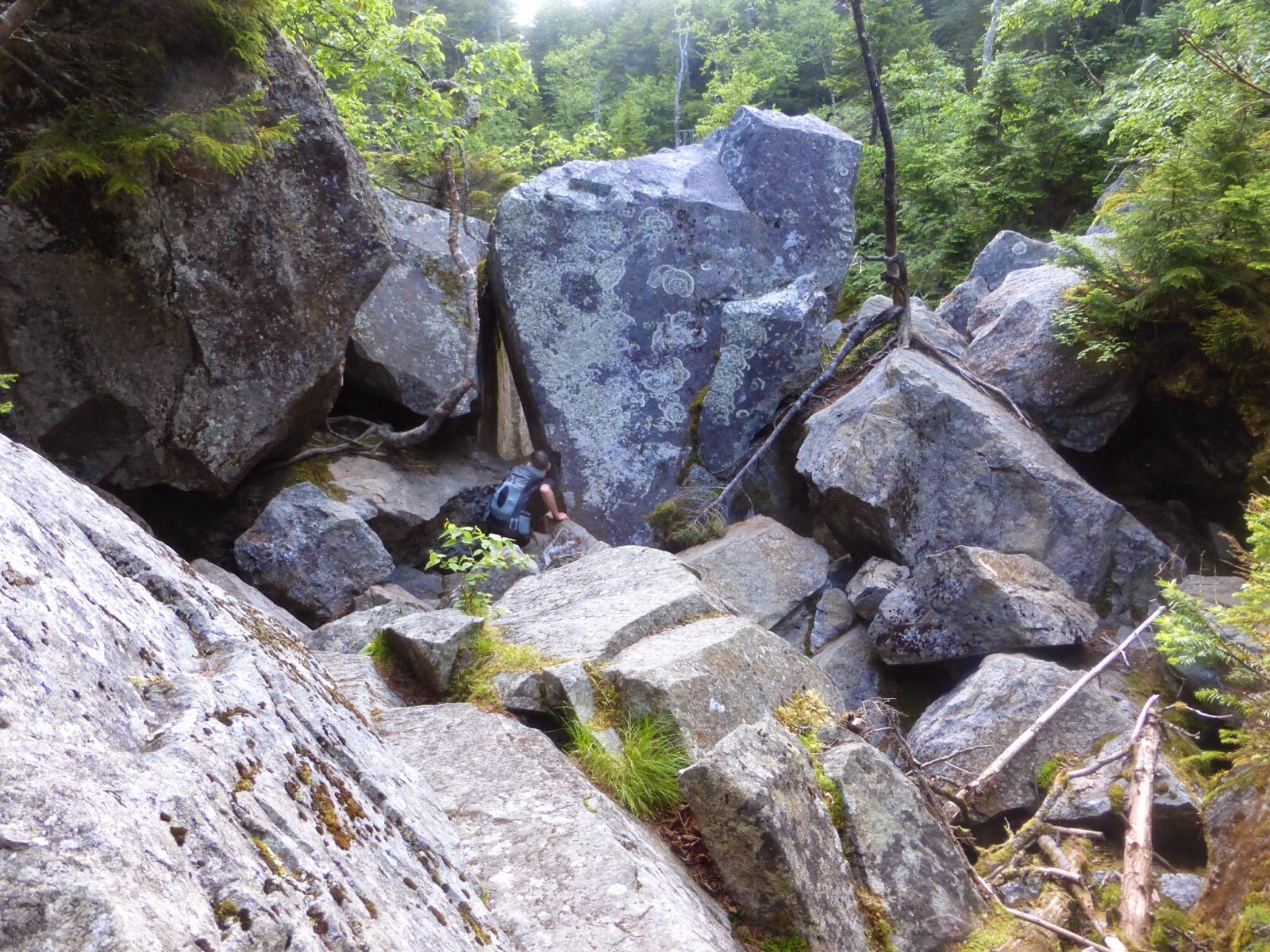 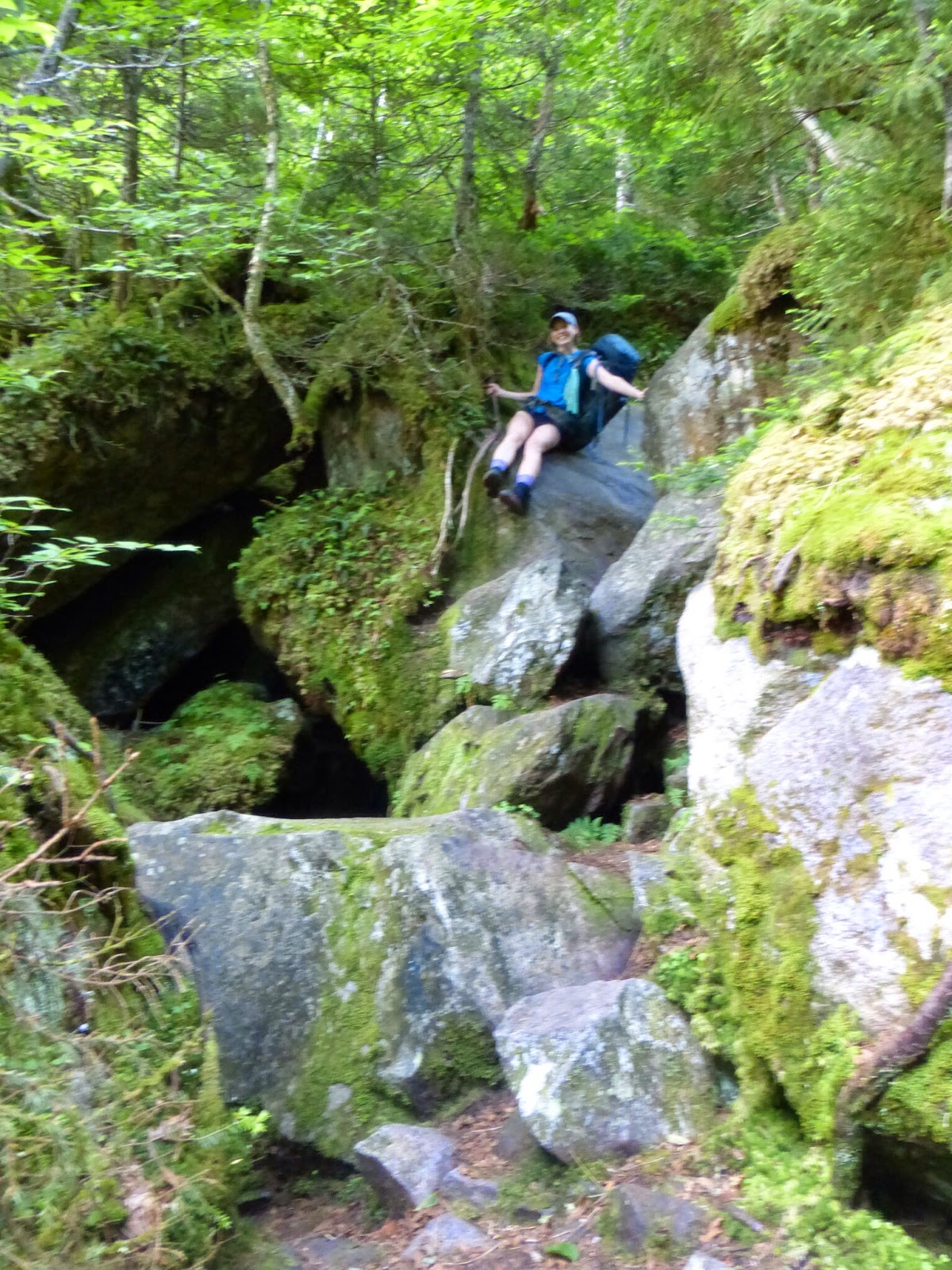 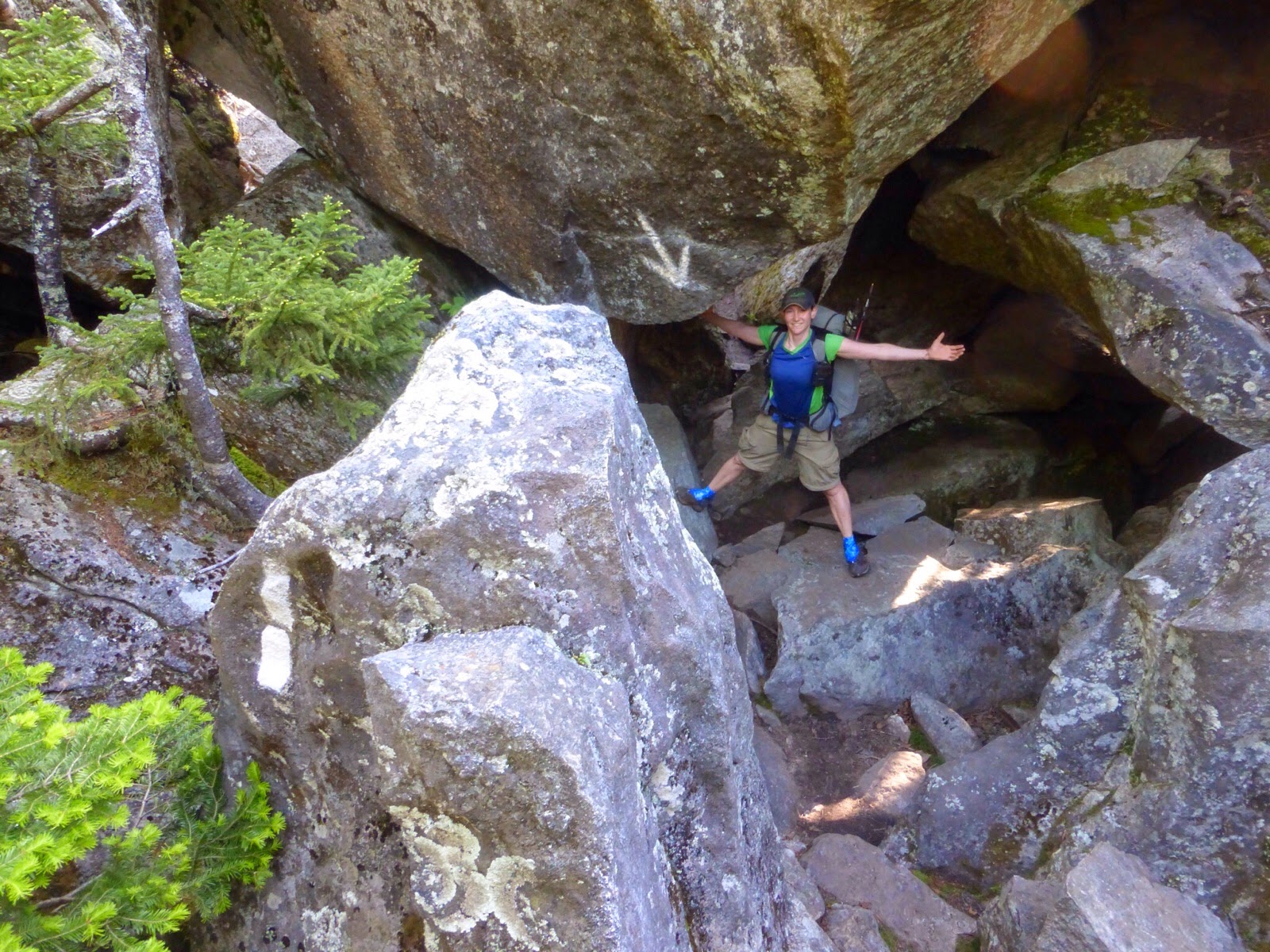 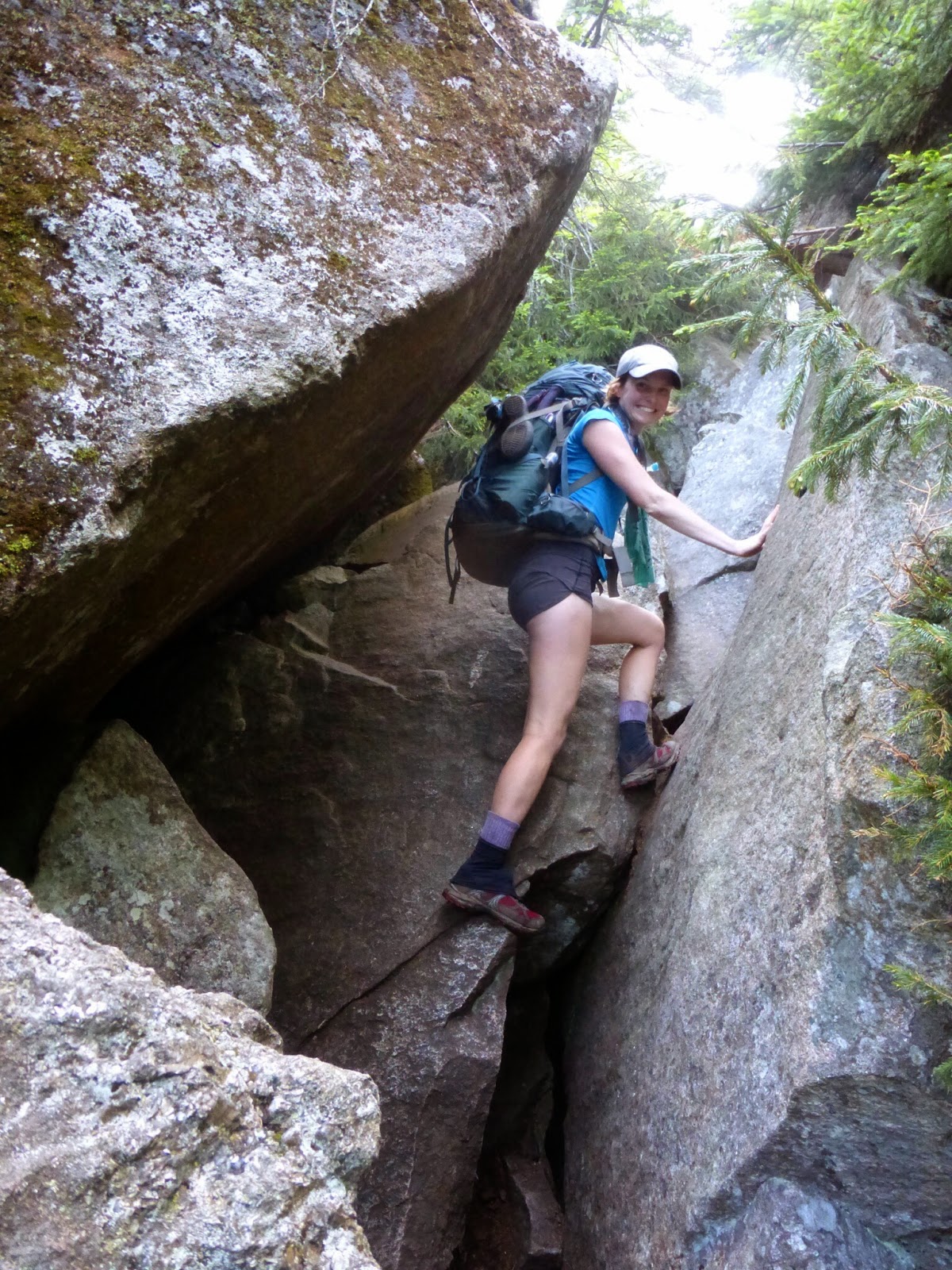 It took us about 1hr 20mins to go through those 1.2mi. Sweetfish easily hopped and scrambled through it. Jett Cat and I were more intentional in our steps and took our time. I am pretty slow through this kind of stuff with a constant fear of slipping and falling. My strategy had me on all fours and close to the ground for a lot of it. There were two places that were small enough that we had to pass our packs through. 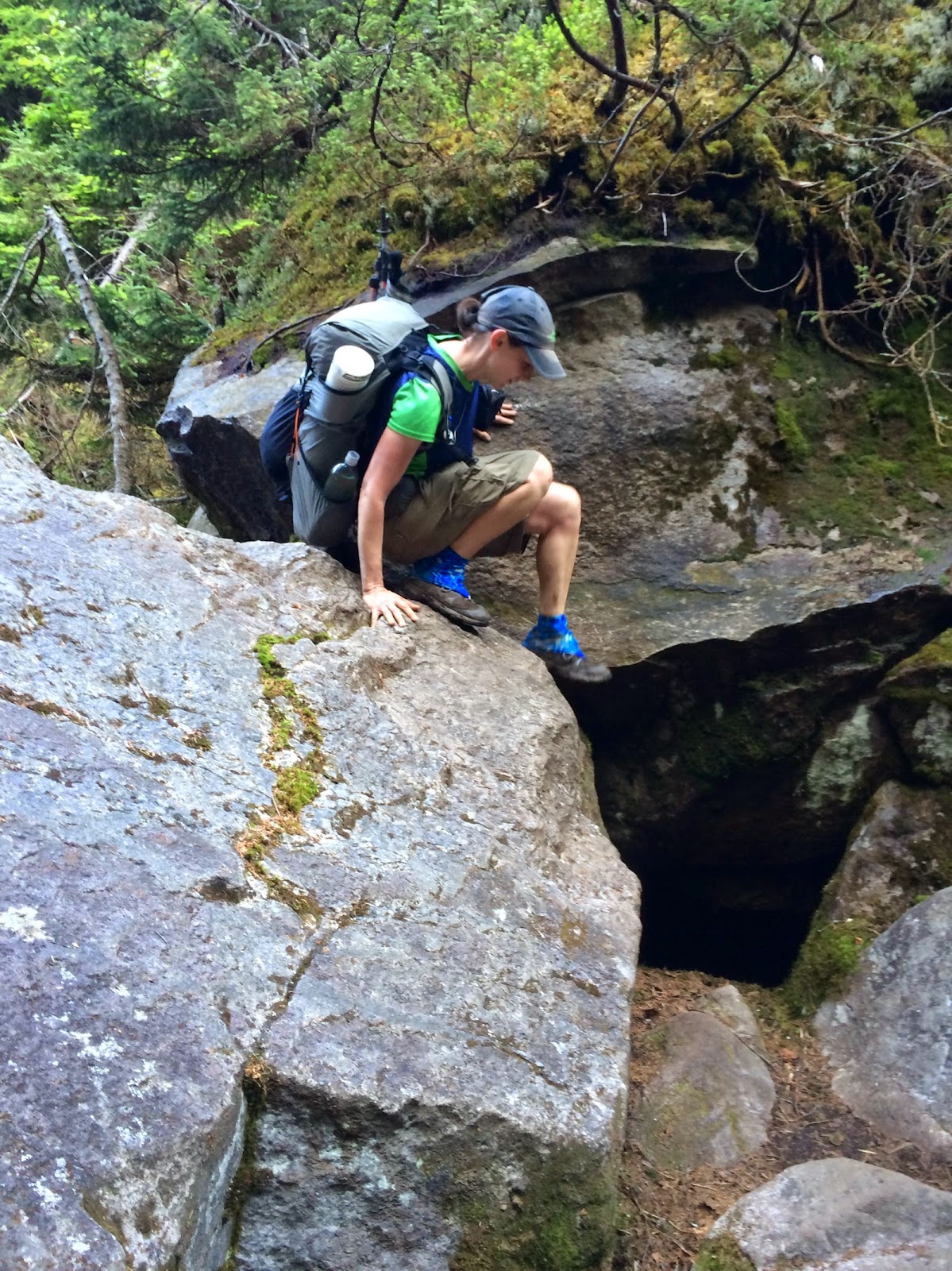 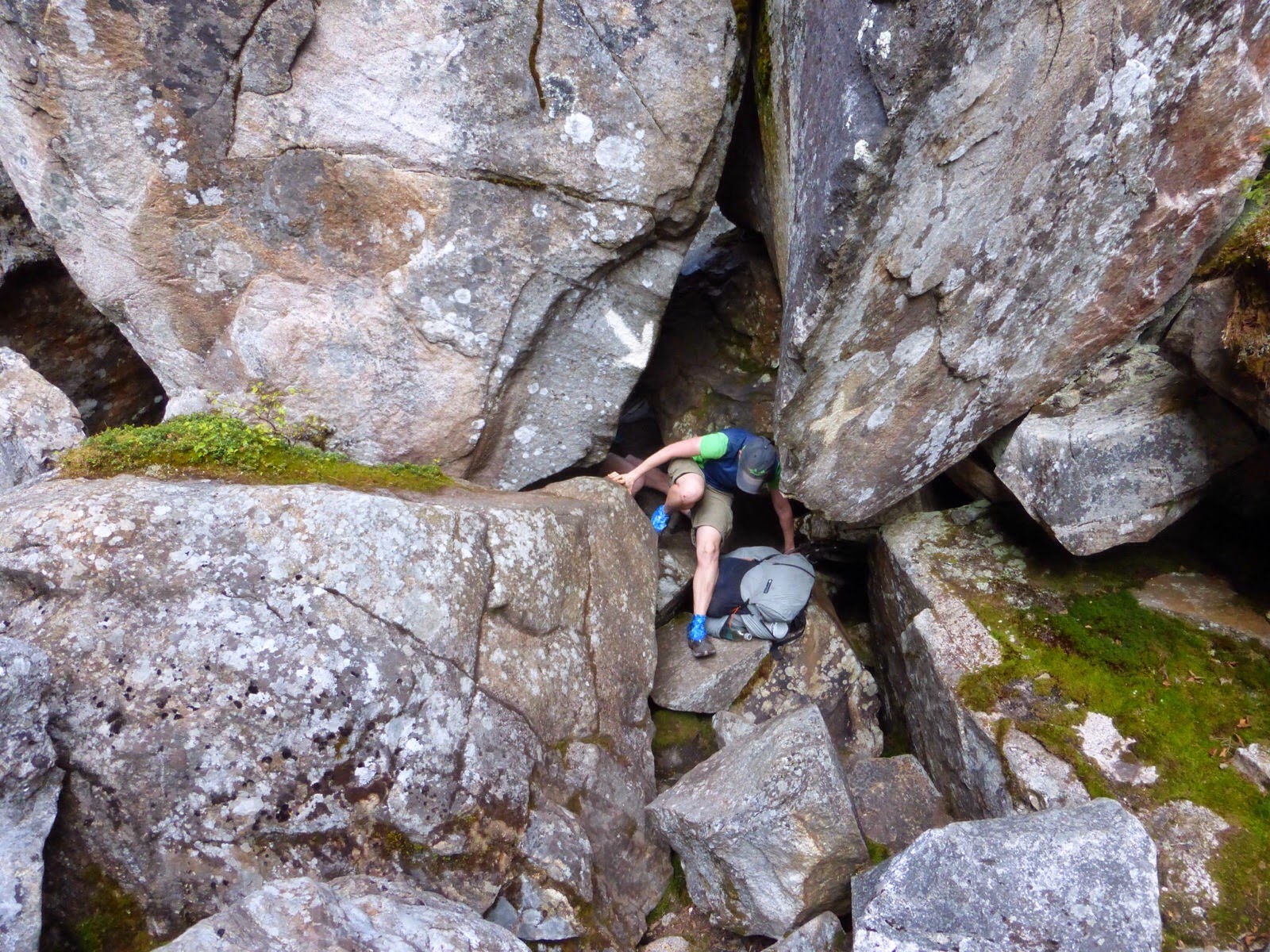 A literally cool part of Mahoosuc Notch is that there is unmelted snow and ice under the boulders, so the whole section felt like it was air conditioned. As soon as we finished the notch, we climbed up Mahoosuc Arm and it was no joke either. Pretty much straight up. It was hot out and we did the notch and climb slowly as we dripped sweat. Below are Sweetfish and Jett Cat cooling off at a stream. 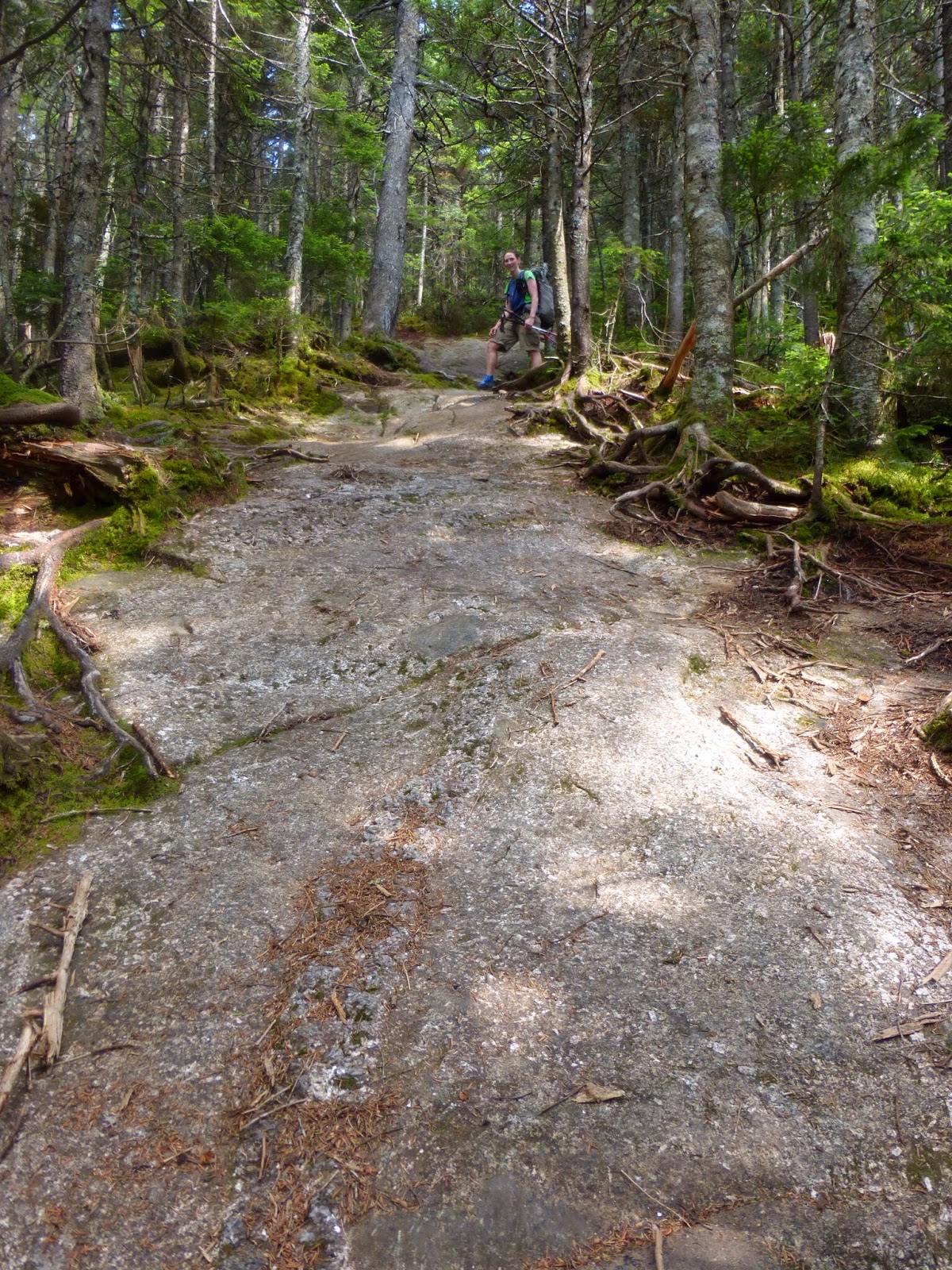 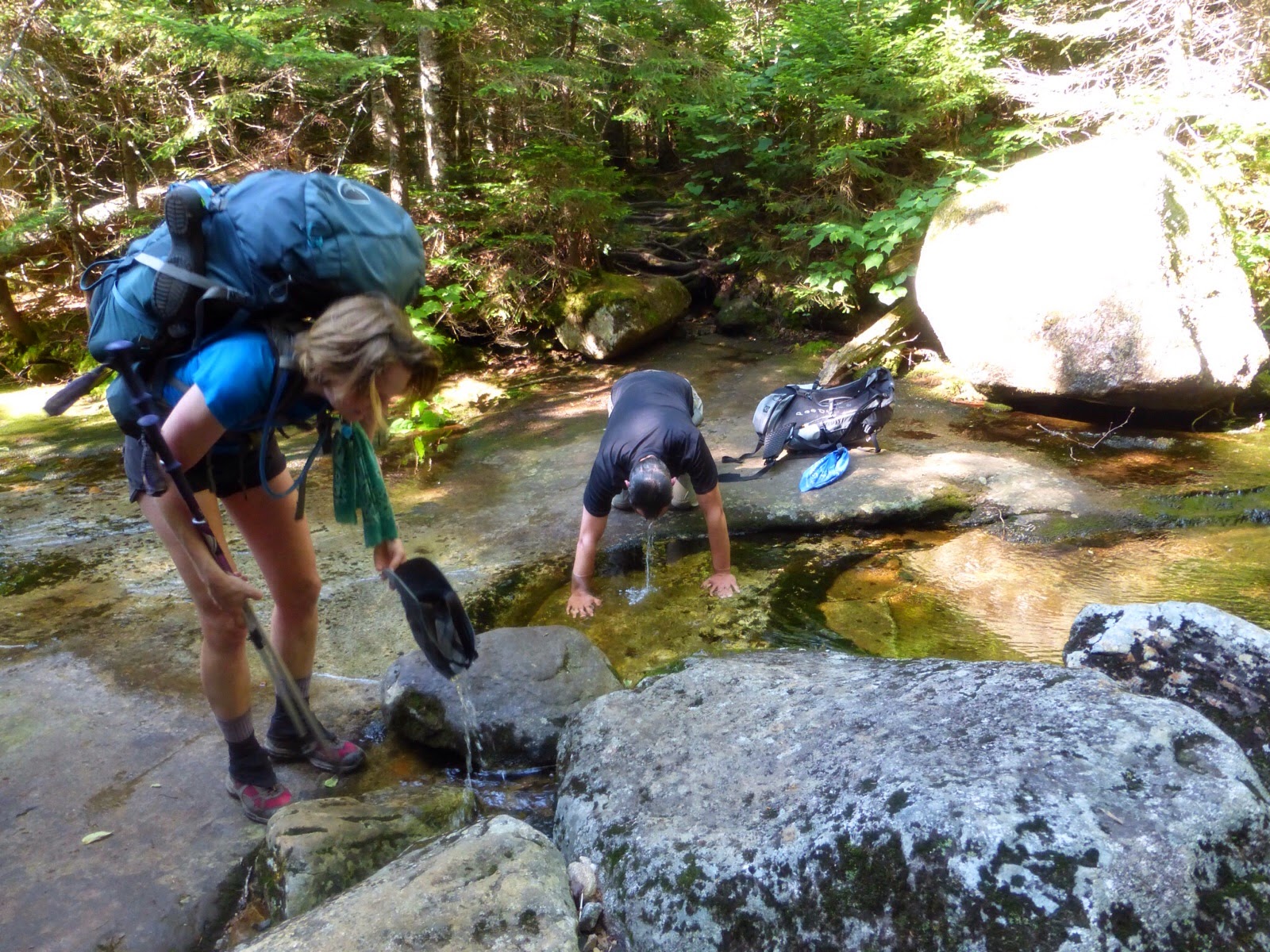 So slowly that when we checked our progress after 4hrs, we had only done 4mi all morning. Sweetfish was a real trooper and enjoyed the workout, but understandably needed to move slower, so we agreed that Jett Cat and I would hike on and he’d see us at lunch which was just one mile from where he planned to end his overnight visit.

When we stopped for lunch, I was totally in the mood for a nap, which I never do. The lack of sleep lately combined with the heat and terrain had me ready to sleep right there, but I didn’t. After lunch, Sweetfish headed home (so great to have him join in!) and there was even more uphill for us.

We felt like there was a lot of uphill today, but the elevation chart shows differently. We found a slow and deliberate pace to hike up since we were both worn out from the heat and day. The views on top of the Baldpate Peaks were nice and we got a stretch of panoramic ridge walking. We could look forward and back and see the trail going over the mountain tops and where we came from and are headed. 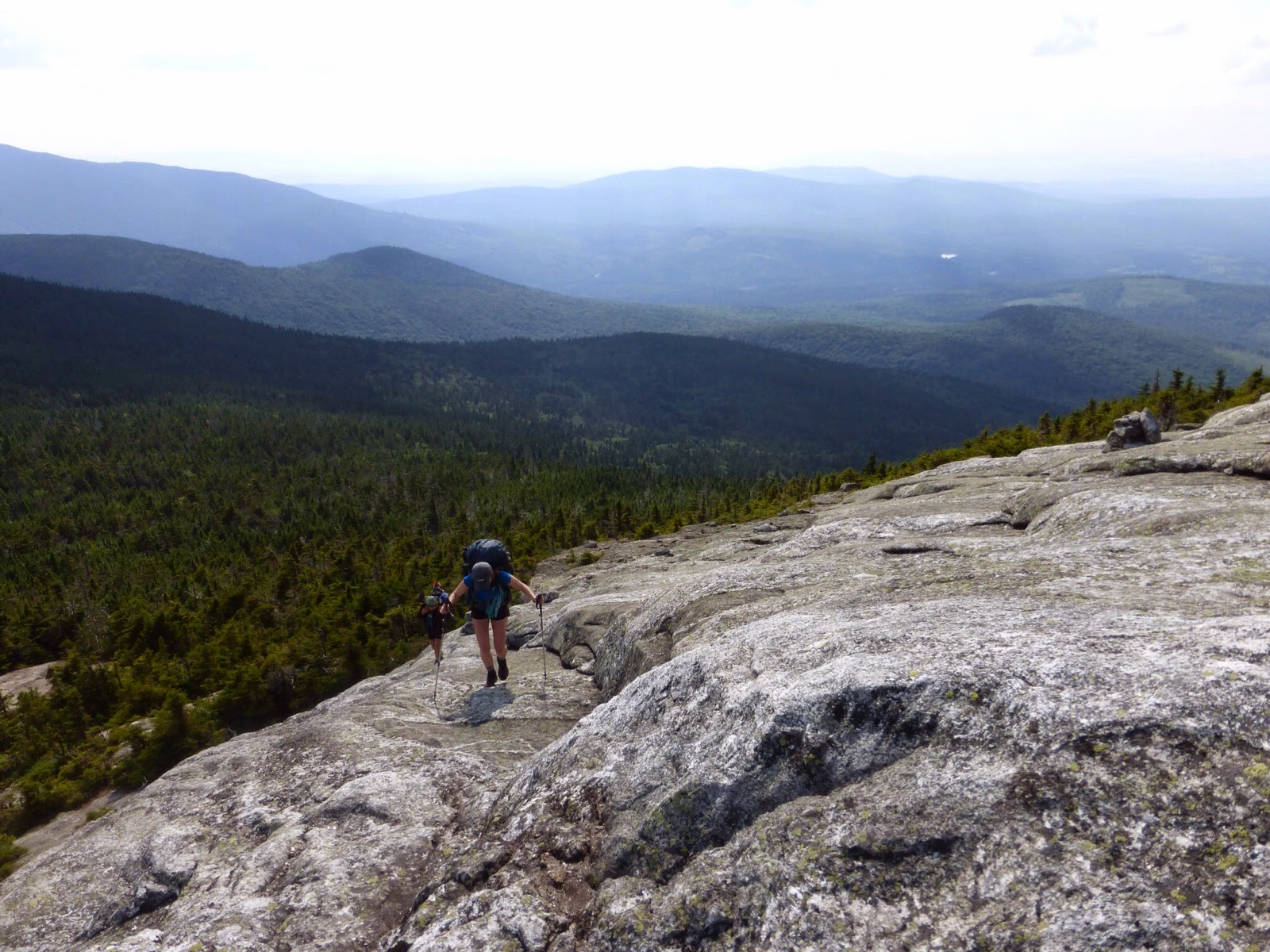 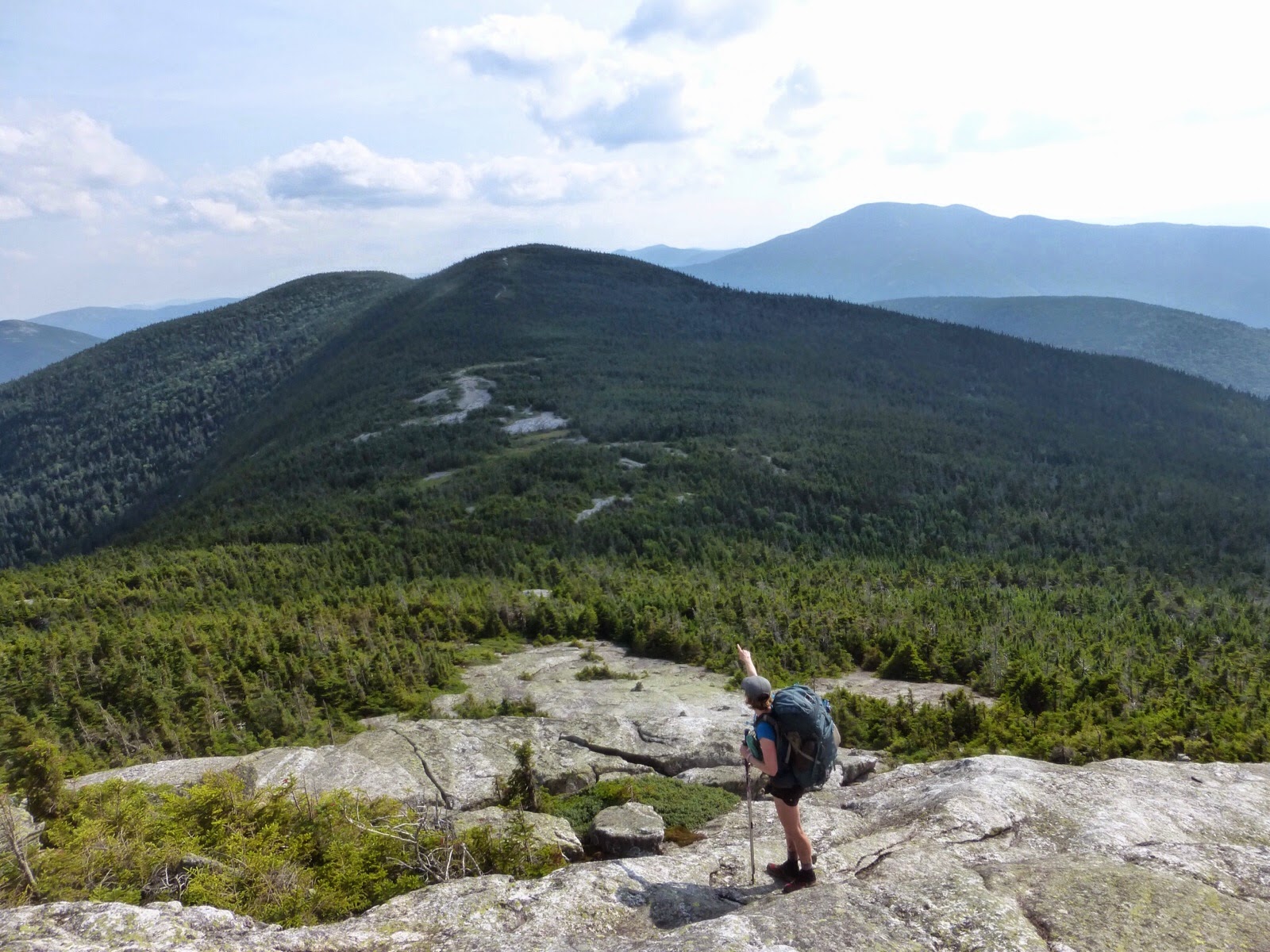 The downhill on steep rock was almost just as slow and tiring as the uphill. Jett Cat’s knees are not happy with the downhill, so sometimes I hike on ahead and then stop to blog while I wait. Our goal this leg was to make an average of 20mi/day. Today was the low day we knew was coming, so we tried not to feel like lazy bums when we hit a shelter just before 6pm and decided to camp early after doing just 15.5 miles. We felt better when we saw Shakespeare and Rohsambo hike in and they too did the same mileage as we did saying that they too stopped in the morning to realize they had done 5mi in 5hrs. We figured they were well ahead of us today. The quote from Jett Cat on that one is, “we’re not inferior, we’re just on par.” Cracks me up.

It was glorious to have an earlier night in camp! I like to be blogging before 8:30pm and that has not been happening lately so I’ve been falling asleep while I blog and it’s been taking longer. Even tonight I’m still falling asleep on and off. This pattern has added up over the past week and I’m very excited to crash hard tonight and catch up on some sleep. Jett Cat feels the same way. Both of us require little sleep, but then need to catch up on sleep every so often. Tonight is that night. We each laid on our tents before we pitched them to find a good flat position and it took a lot of motivation to get up and do our camp chores. 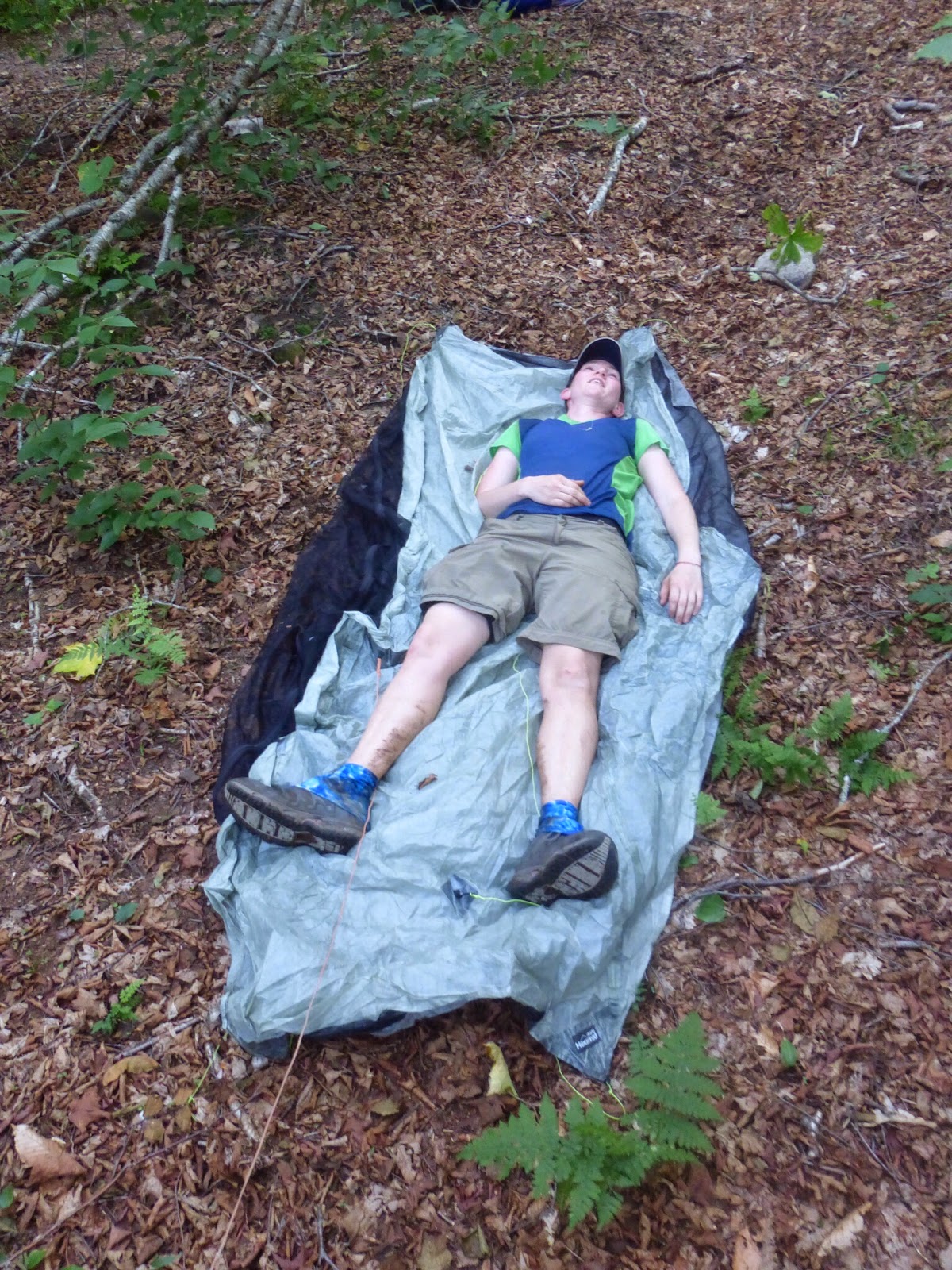 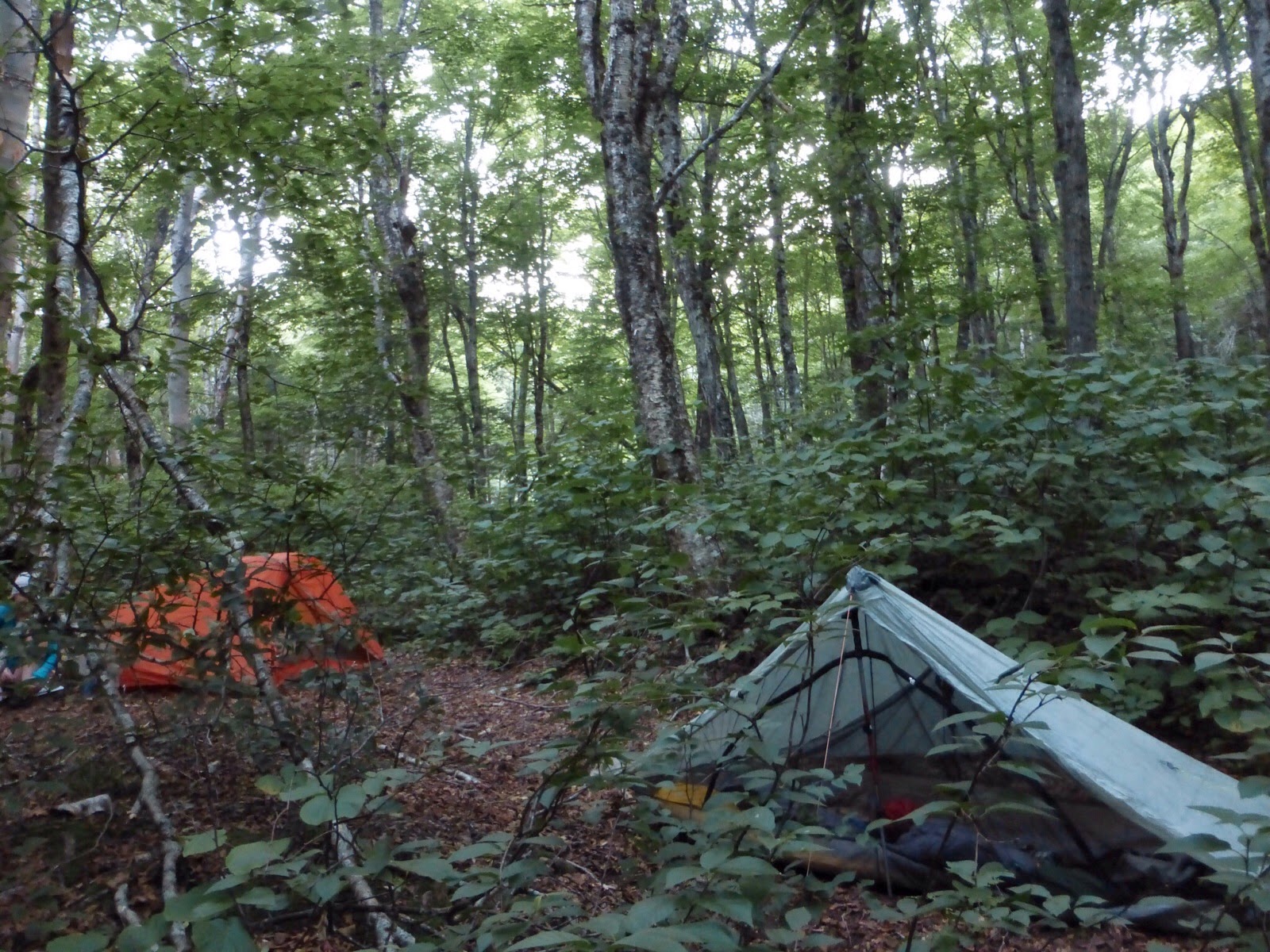 Of course we still found a way to pass the time by talking and slowly doing our chores and I’m still blogging a bit late, but it’s totally worth it. We’re having a great time. With how relaxed we are, it feels like we aren’t even thru hiking. We heard the miles will come easier (still not easily at all) tomorrow, so we are still hoping to average 20mi/day this leg with a bigger day tomorrow…fingers crossed for smoother terrain…