The rain from yesterday came to an end overnight and we thankfully got a dry day today. We got our regular 6:30am start and stopped by the lean-to less than a mile north to use the privy and see if Seabiscuit was still there. He has overlapped with Jett Cat a bit and caught up in Monson. They figured out they have the same start date (April 5th) and our plan is to hopefully finish the trail Aug 5th, which is an even four months for Jett Cat and Seabiscuit. We had given our schedule to Seabiscuit as he might want to summit Katahdin with us, but since we stopped short of our intended site last night, we wanted to make sure we didn’t pass him. We had other hikers tell him where we were last night so he didn’t wonder what happened to us. He left before we got there this morning and we figured we’d see him at our planned spot tonight or during the day. The morning hiking had some uphill and we hiked up out of the fog to a great viewpoint on Barren Ledges. We stayed up there at least 30mins taking pictures and just taking it in. It was a great view above the clouds! 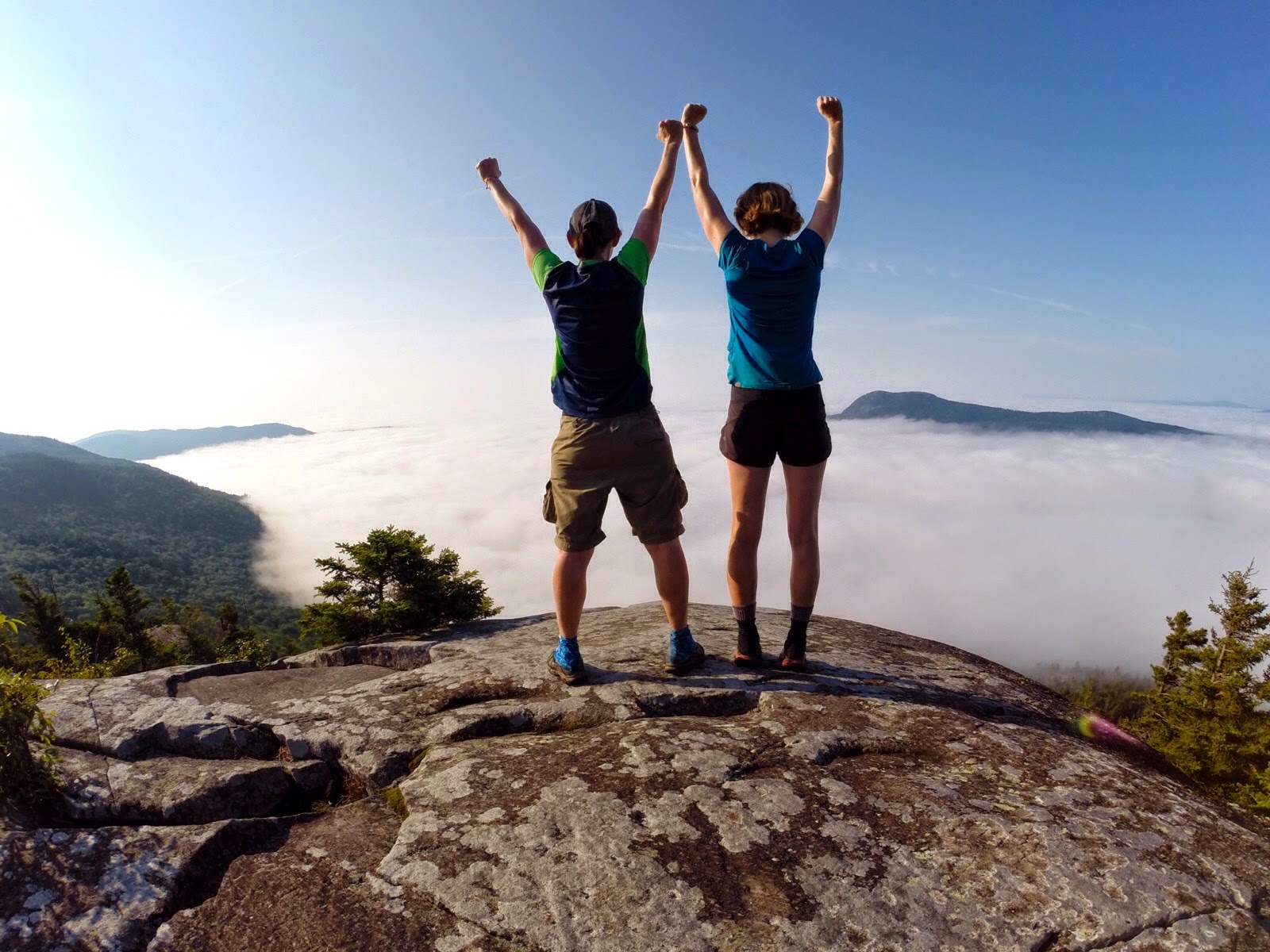 By the time we left the viewpoint, we noticed in shock that we had only done 2mi in almost two hours. Where did the time go?! We have a slightly ambitious schedule this final leg, but it looks less intimidating on paper as the days are 20-25mi days and we heard the 100 Mile Wilderness would be good cruising trail. We actually made the schedule thinking it would be relaxing…well, this morning was definitely not cruising trail. There was a lot of up and down over some pretty rocky trail and it was quite slow going. 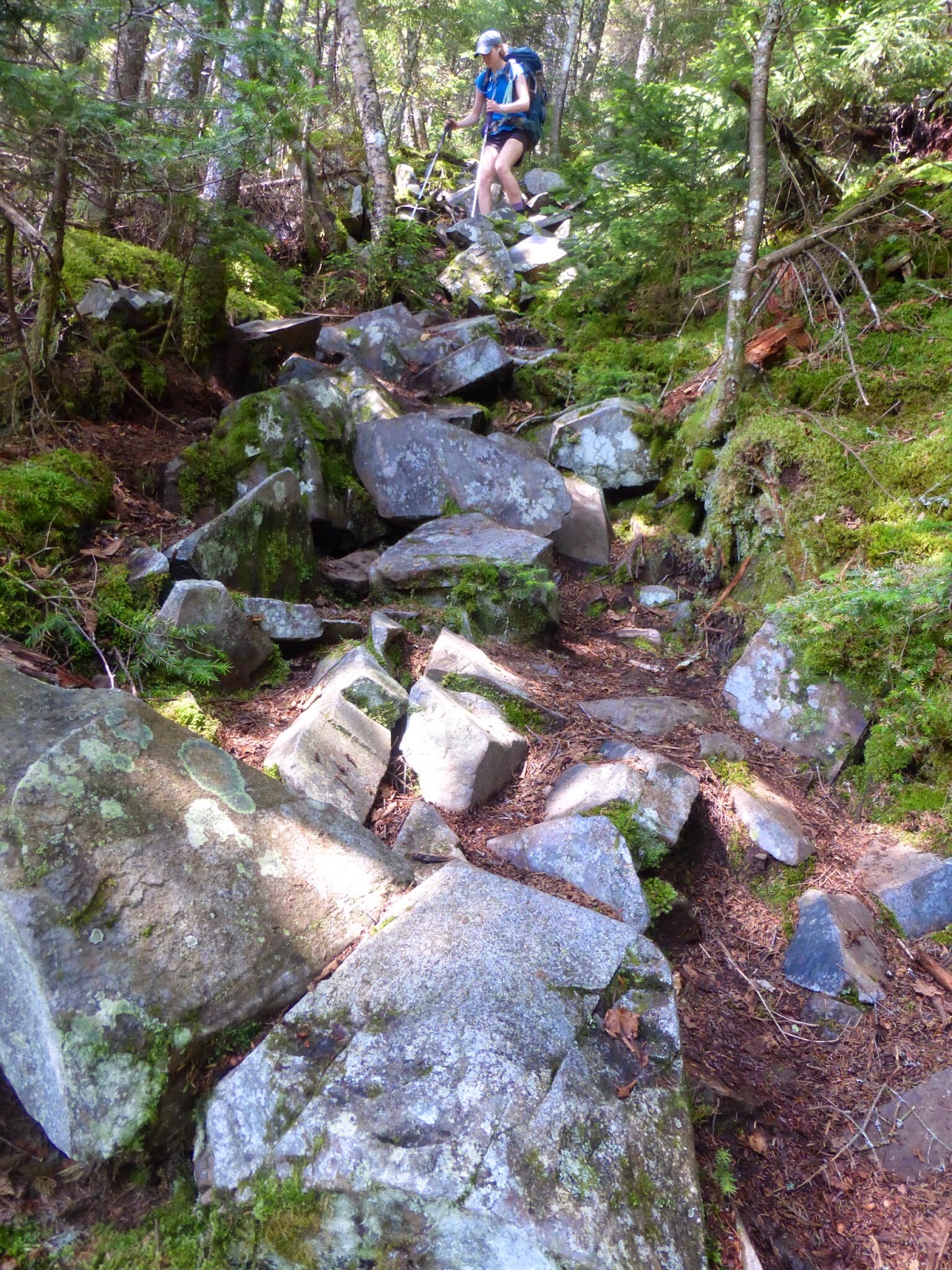 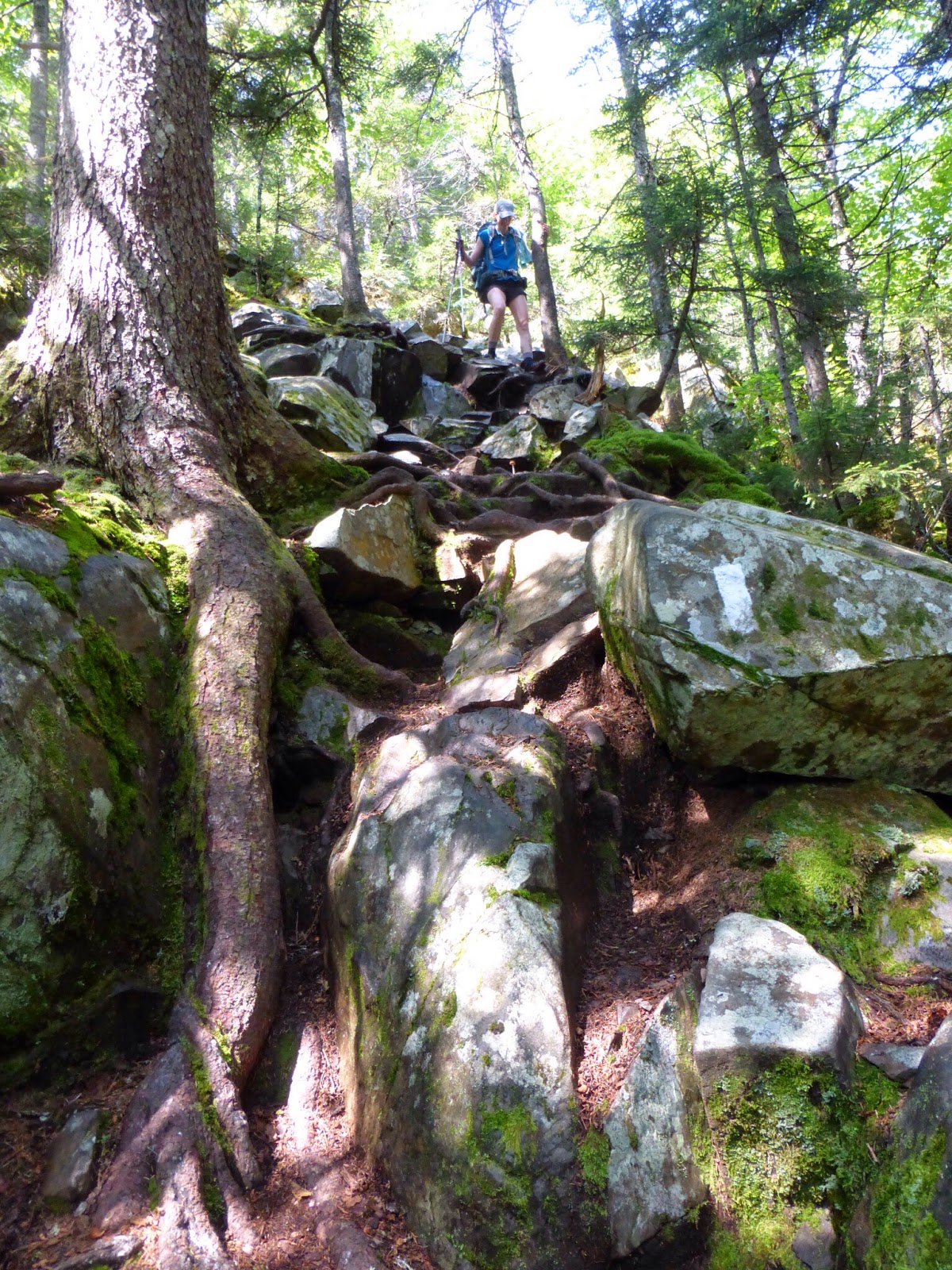 By the time we made it to lunch around noon, we had only done just over 9 miles. Not good considering we still had 14mi to go to stay on schedule. We just hoped it would level out and get better in the afternoon. At lunch, we caught up to Chris again who I knew on the PCT in 2011 and who we camped with a couple nights ago. It was nice to eat lunch with him and we also laid out our wet gear to dry. There was a large group of teenagers on a multi week trip up there too so one of them took our picture. This is the view from Third Mountain, Monument Cliff overlooking the Long Pond Valley. 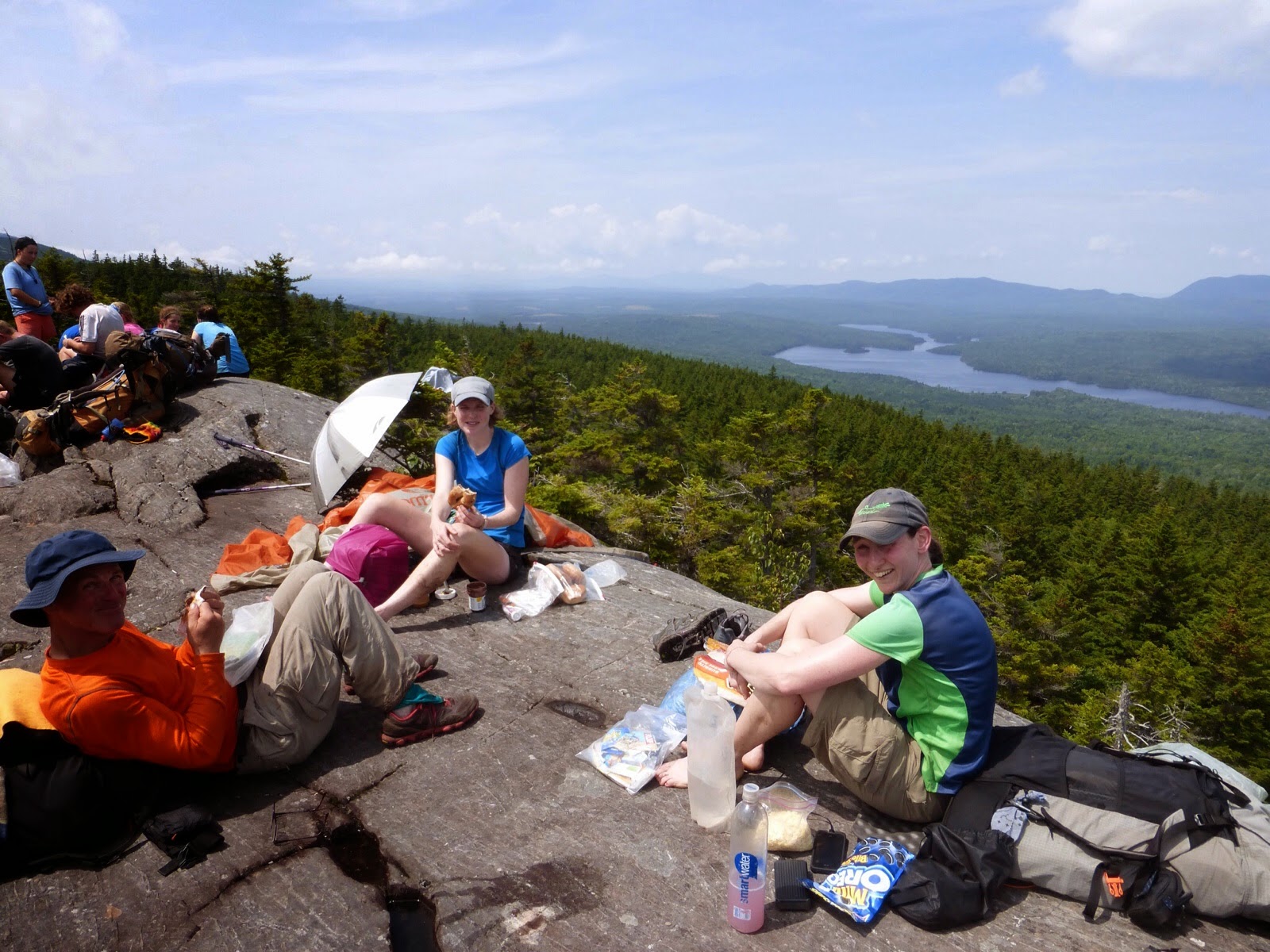 It turned out that one of the teenagers knows a good friend of mine and was told to look out for me, so that was a fun connection. As we finished lunch, Chris left to hike on and another hiker I know arrived that has been in contact with me all hike trying to catch up to me. His name is Lint and he is a fellow Oregonian and Gossamer Gear Trail Ambassador. Lint is an ultralight fast packer (6.5lb base pack weight) and is working on his third triple crown (triple triple). He will finish the AT in less than 90 days this summer and started the trail 24 days after me on May 11th. He’s had fun closing the gap all trail and thought he’d never catch me until I slowed these last few weeks. It’s just crazy how quickly he covers trail. We hiked together much of the rest of the day. Lint is a character with tattoos of all the trails he’s done on his body along with many other things. When I tried to get a picture with him, he could not just take any ordinary photo, so I stupidly agreed to try to hold a 200lb man…here is the resulting photo… 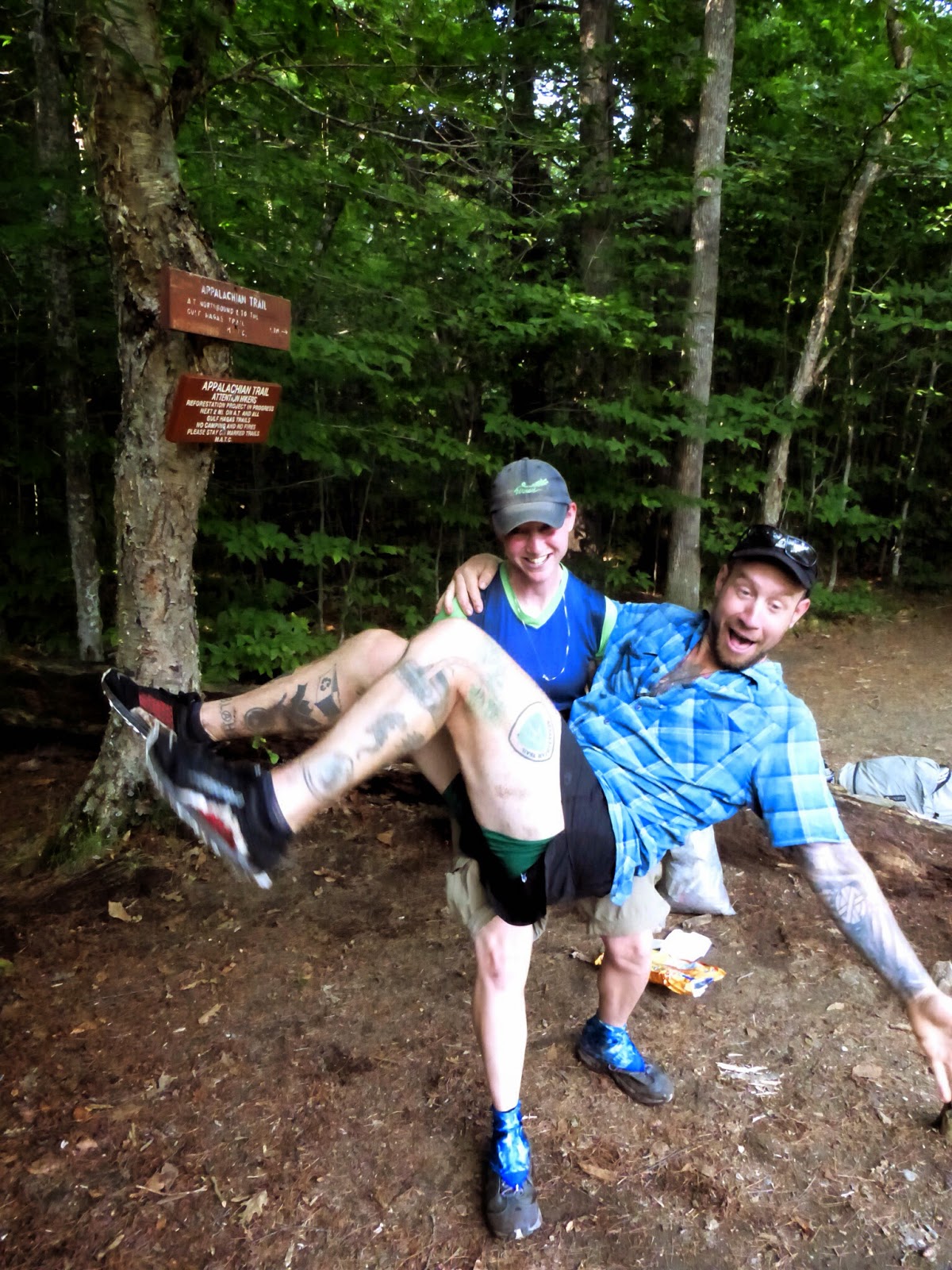 Jett Cat’s pace is a bit slower and she normally hikes longer days than what we’ve been doing, so we realized today would be one of those later days with how slow the miles were for the first half of the day. Lint and I hiked on ahead until the early stopping option at a lean-to and ate dinner while we waited for Jett Cat to catch up. She arrived and was in the mood to hike on to our planned ideal site and Lint was happy to do that too. It was already 7:30pm and I like to be at camp before 7pm, but I agreed that hiking on another couple of miles would get us back on schedule. We have an even longer day planned for tomorrow so it was best to not add more miles to an already ambitious day with forecasted rain. Yes, the original plan was that it would be easier terrain to make for a relaxing 25mi, but after today, we are cautious. I arrived at camp just behind Lint as darkness was creeping in. Lint said he had just seen a moose with a baby and I was so bummed I missed it! Jett Cat arrived about 20mins later and we all had our tents up by 8:30-9pm. 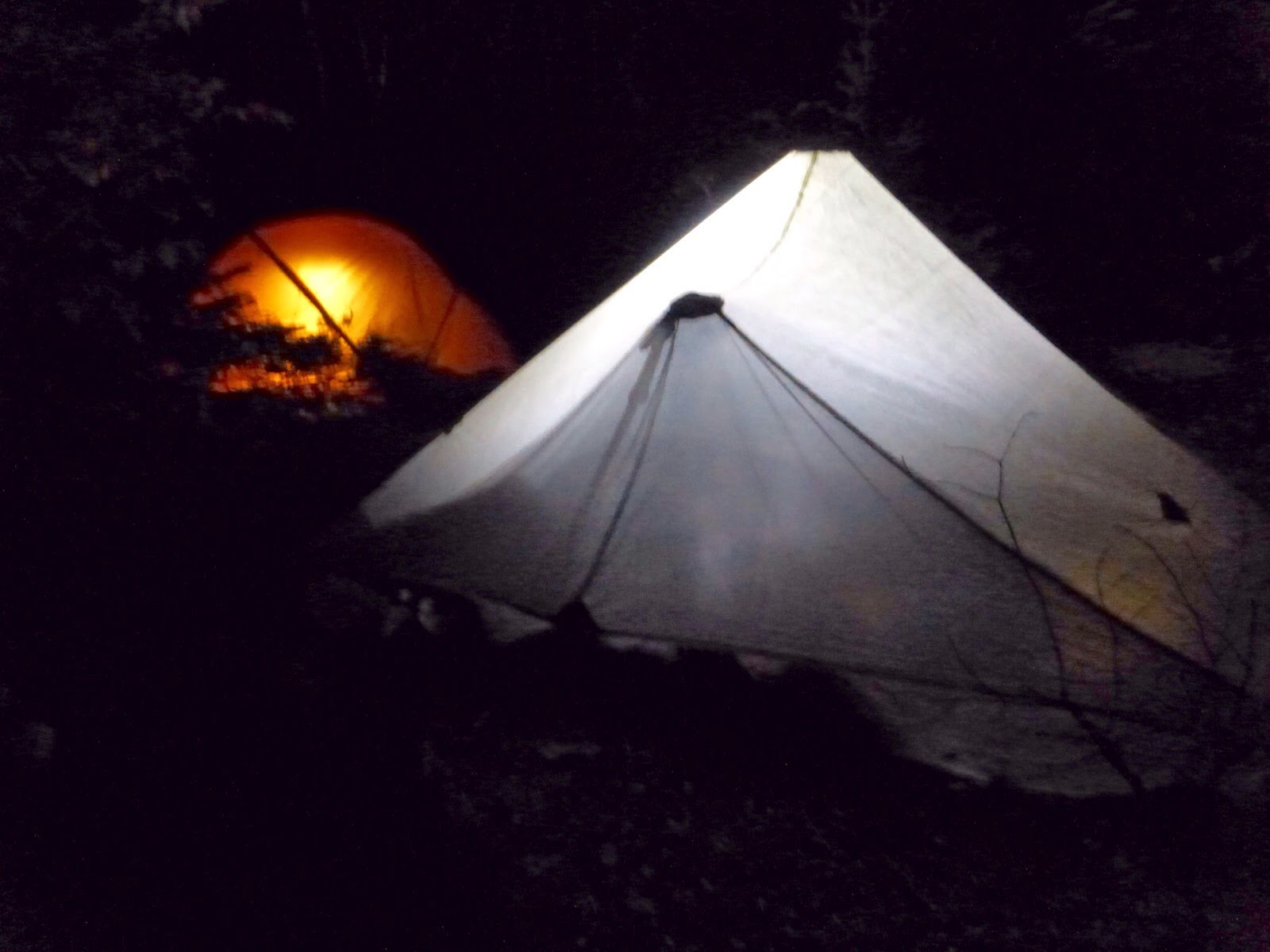 This longer day is a normal schedule for Jett Cat, but is a late night for me since I need to have an extra 1.5hrs to blog at night, but not bad since I had already eaten. I was still blogging by a reasonable hour. Seabiscuit is also here so he may be joining in tomorrow. It is a bigger mile day of 25mi, so Jett Cat is going to try to get a head start a bit early if it isn’t raining in the morning so we don’t have another late night tomorrow night. I hope not!