Since the strategy of having Jett Cat leave early worked yesterday, we decided to do the same thing today. Jett Cat left around 5:50am and Seabiscuit left just ahead of her. Seabiscuit would like to summit Katahdin when we do to have other thrus around, but that is still two days away, so he is going to hike his own hike and we should see him at the campsite before Katahdin in two nights. I got going at 6:30am and figured it would take me a few hours to catch Jett Cat on the level ground. I can make up time faster on the ups and downs, but we are closer in pace on the level. Much of today was walking along water. A lot of streams and lakes. 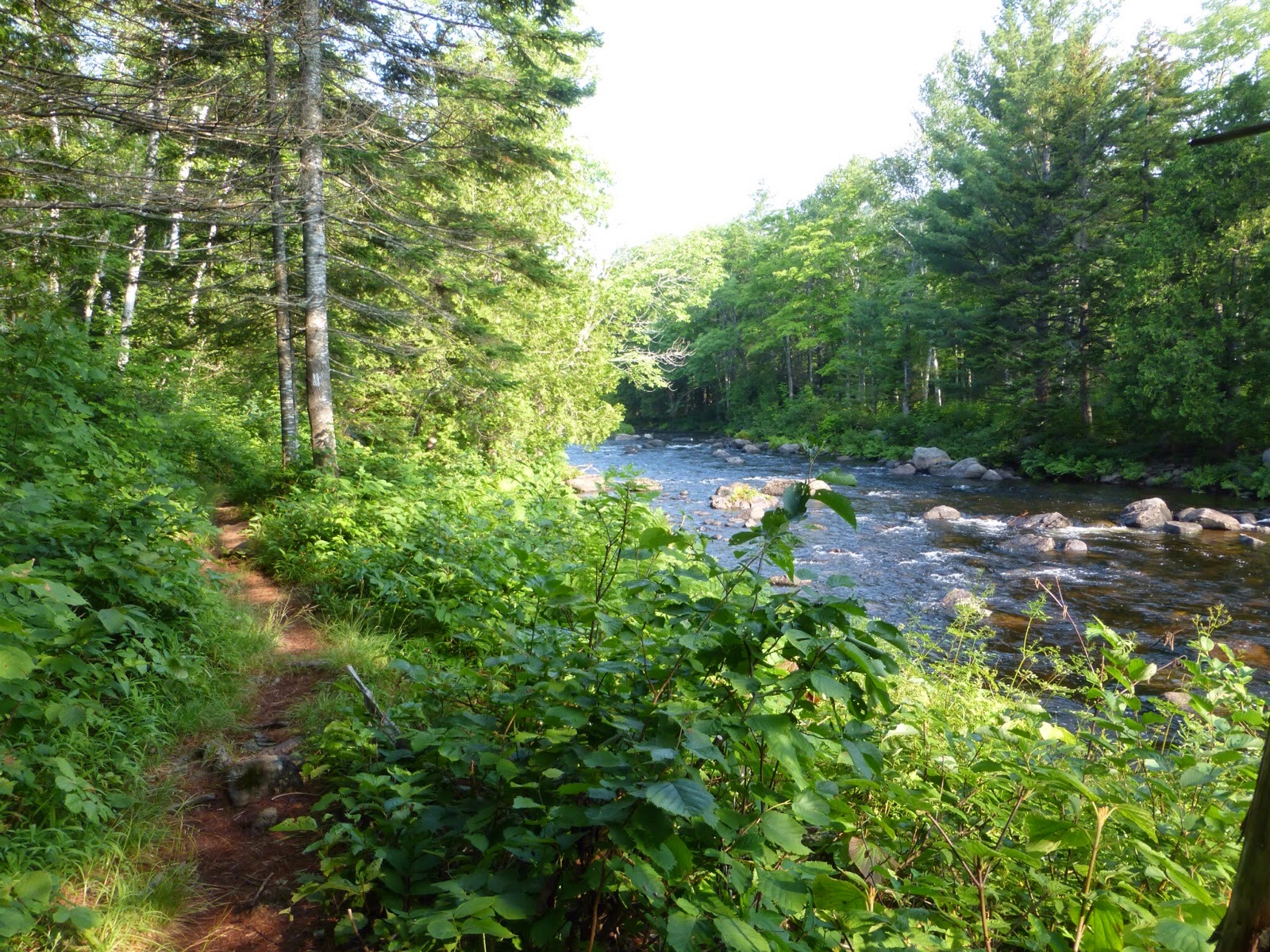 With the trail going by so much water, much of it was rooty, rocky, and mucky. I was surprised when I saw Jett Cat in less than two hours. It was slow going for her today as her body is ready for a rest. This is common at the end of a hike and I think the only reason I’m not feeling it yet is that I mentally know I have another 173mi to do on the Long Trail. It’s funny how your body can do what you mentally set out to do. If I was going to be finishing up for the summer in a couple days like Jett Cat, I’m sure I’d be feeling it too. 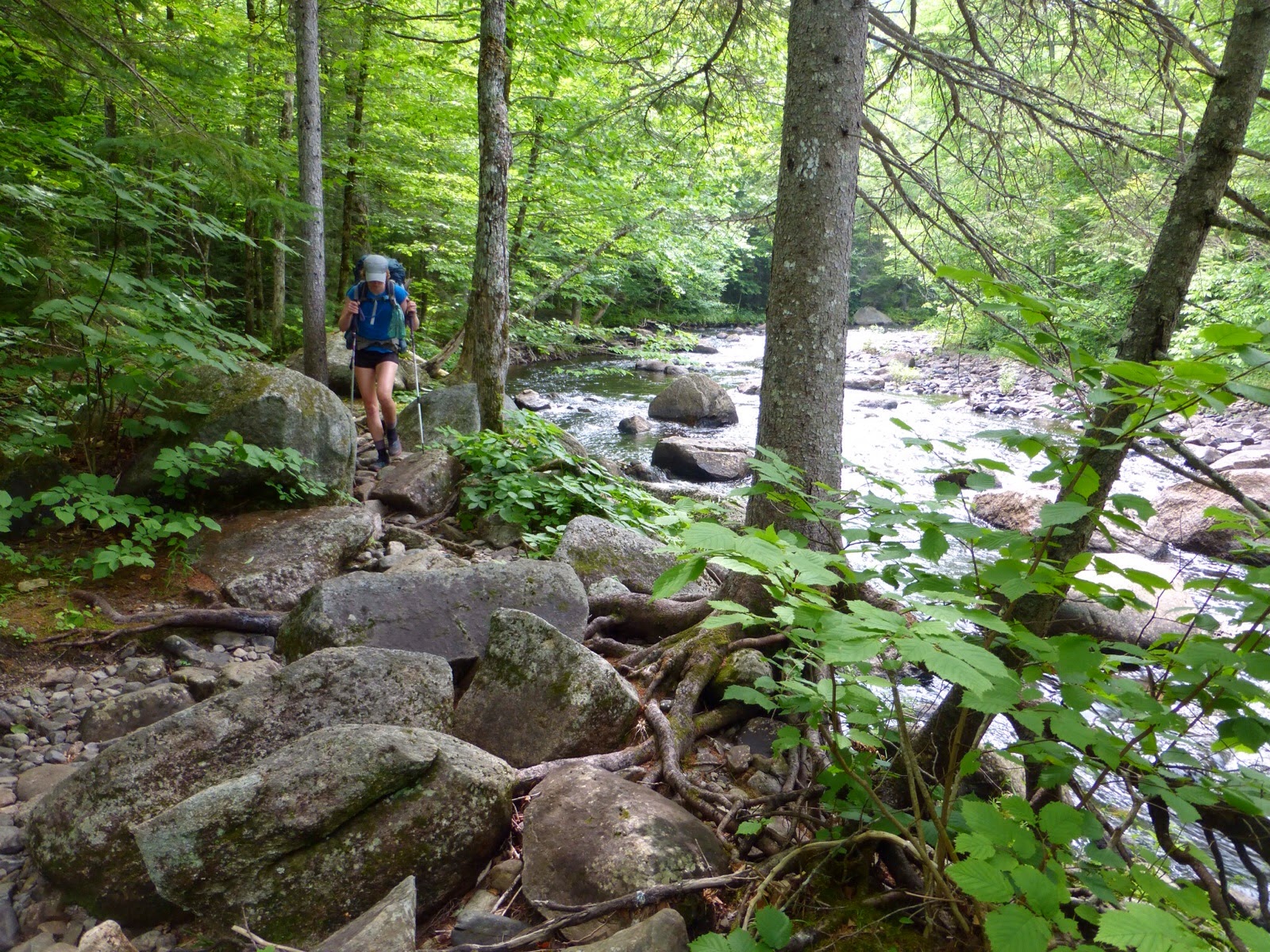 Most the other hikers around us are pretty worn physically and just ready to be done. That was where Jett Cat was at today, but she hopes the excitement of finishing will give her a boost tomorrow and the next day. The trail didn’t help much today as it was difficult to get any kind of rhythm or stride going with the little obstacles. Here she is showing her exhaustion with the rooty trail. 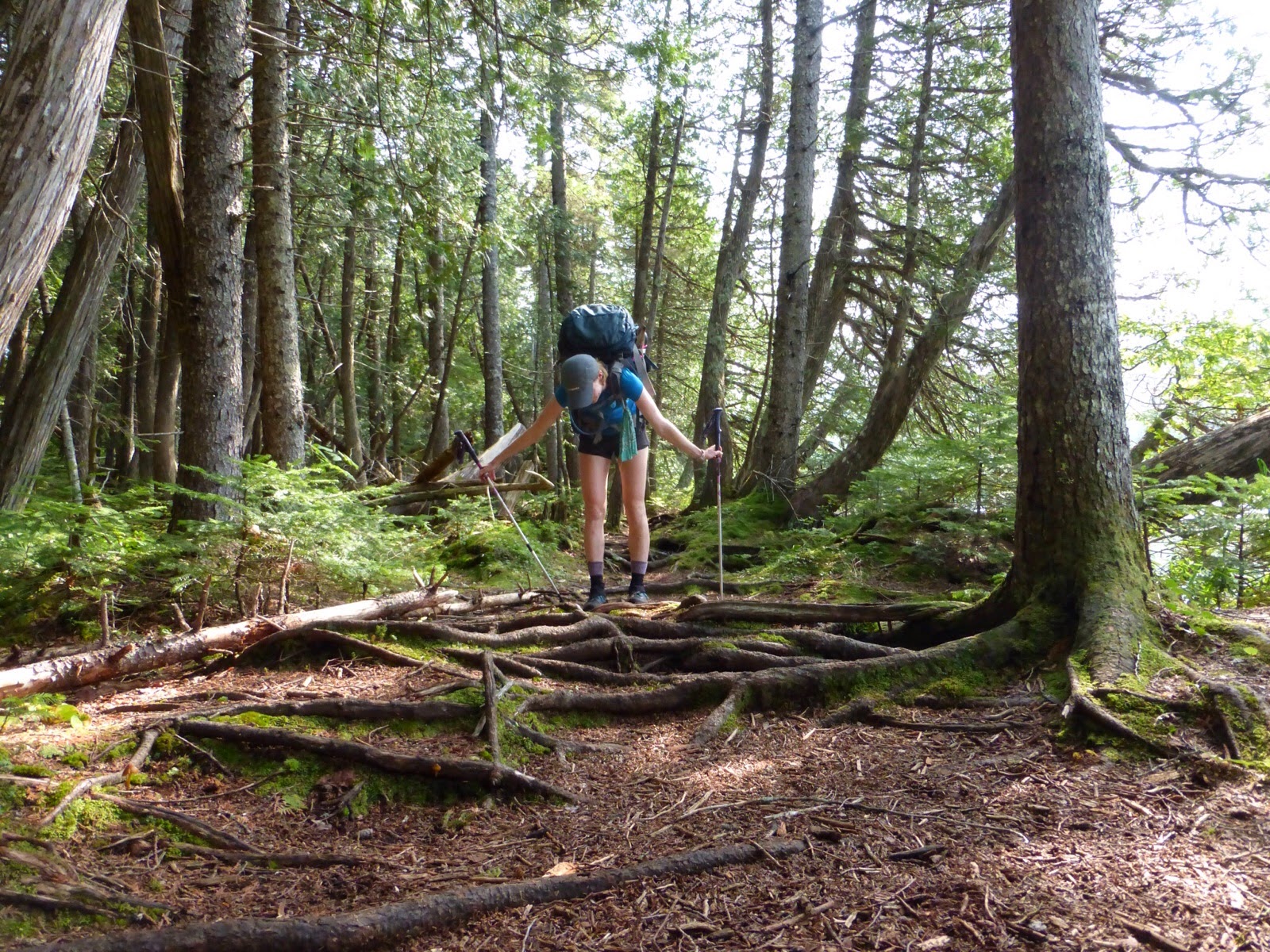 As for me, I had the fun of my monthly period to deal with, so I was feeling pretty lethargic. Good news is that I wasn’t in much pain. Just discomfort and a lack of energy. We joked that Jett Cat was having sympathy lethargy for me. It was humid and buggy so I wore DEET for what I think is the eighth time this hike as I had to give in last night too and have many bites on my arms and legs. They aren’t nearly as bad as the clouds I’ve experienced on other trails, but it is a enough to use bug spray. I didn’t take a ton of photos as I wasn’t in the mood and there wasn’t much to take pictures of. We did take a morning break along one of the lakes, Nahmakanta Lake. 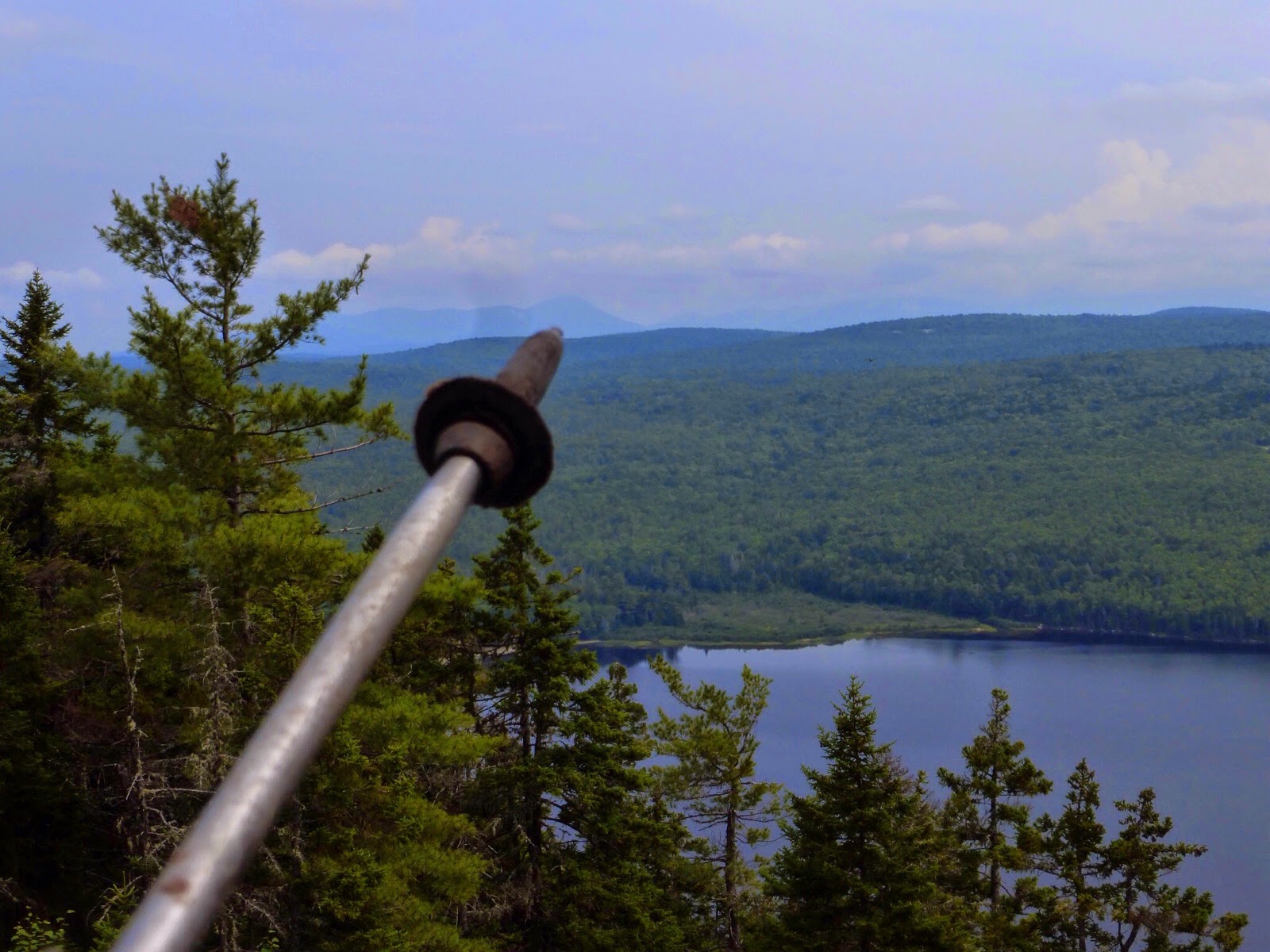 We are kinda tough on ourselves and after the big miles yesterday, we thought we might aim to do the same today. We felt slow, but then realized we had done almost 15mi before lunch. It was a long lunch break in which we were both tempted to nap, which rarely occurs for either of us, but we moved on. It was a more relaxed pace in the afternoon and we soon agreed to go with the earlier campsite at 25mi rather than push for almost 30mi. This is our last big mileage day and we didn’t want to make it more tiring than it needed to be since we are ahead of the planned schedule anyway. It lines us up for a relaxing 18mi day tomorrow with a morning stop at Abol Bridge where we can buy food at a convenient store and possibly a restaurant. We are also meeting Squatch there. He had hernia surgery a couple weeks ago, so his hiking is paused for the documentary for a bit and he’s giving us his camera to film some stuff our final day. It will be fun to see him again tomorrow. 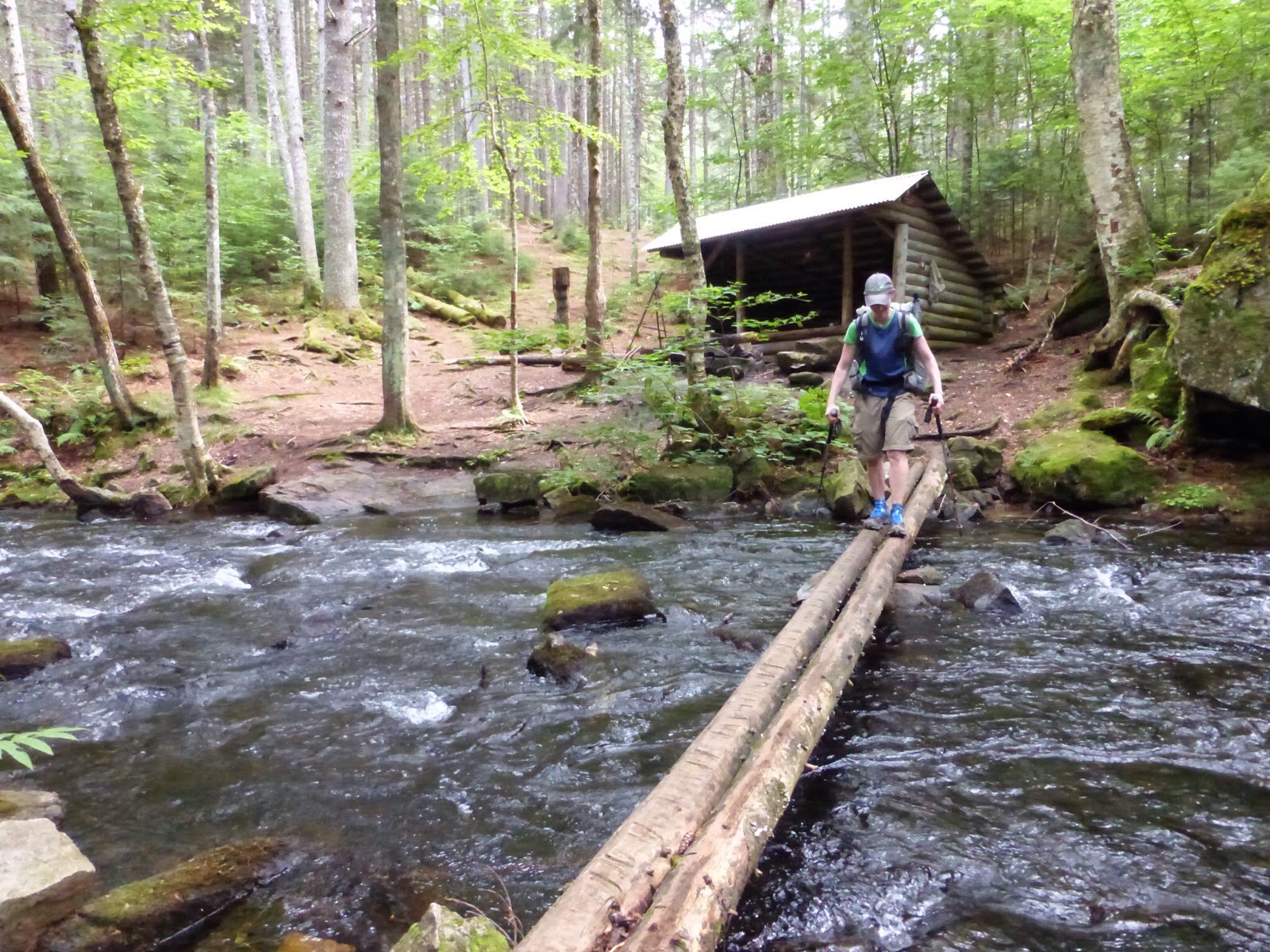 As for tonight, we got a great tentsite along Rainbow Lake that isn’t mentioned in the guides, but was on the Guthook AT app that I love. We were both feeling like we could wash off in the lake, but since it was the end of the night, we didn’t want to get our clothes wet. Neither of us are skinny dippers, but we thought that if there was a time to take the leap, it would be tonight. I got to camp a good 30mins ahead of Jett Cat around 5:45pm and proudly took the leap nakey in the lakey (almost the title for today’s post). It was perfect timing as I was done just as Jett Cat arrived. Then she attempted and made it halfway in with less confidence in her swimming ability, but it still counts and that was still a big step! We are both pretty proud of ourselves. Sorry, no photos, ha!

It was a great spot with shockingly few mosquitoes so we actually got to enjoy it outside of the tents. This is technically our last night in “wilderness” given that tomorrow we will be around many people at a more formal and popular campsite that I think people can practically drive to before Katahdin. We had dinner on the rocks and took in the last night on our own. It’s been a great run together and this was a nice campsite to end with. Can’t believe we only have two days of hiking left! 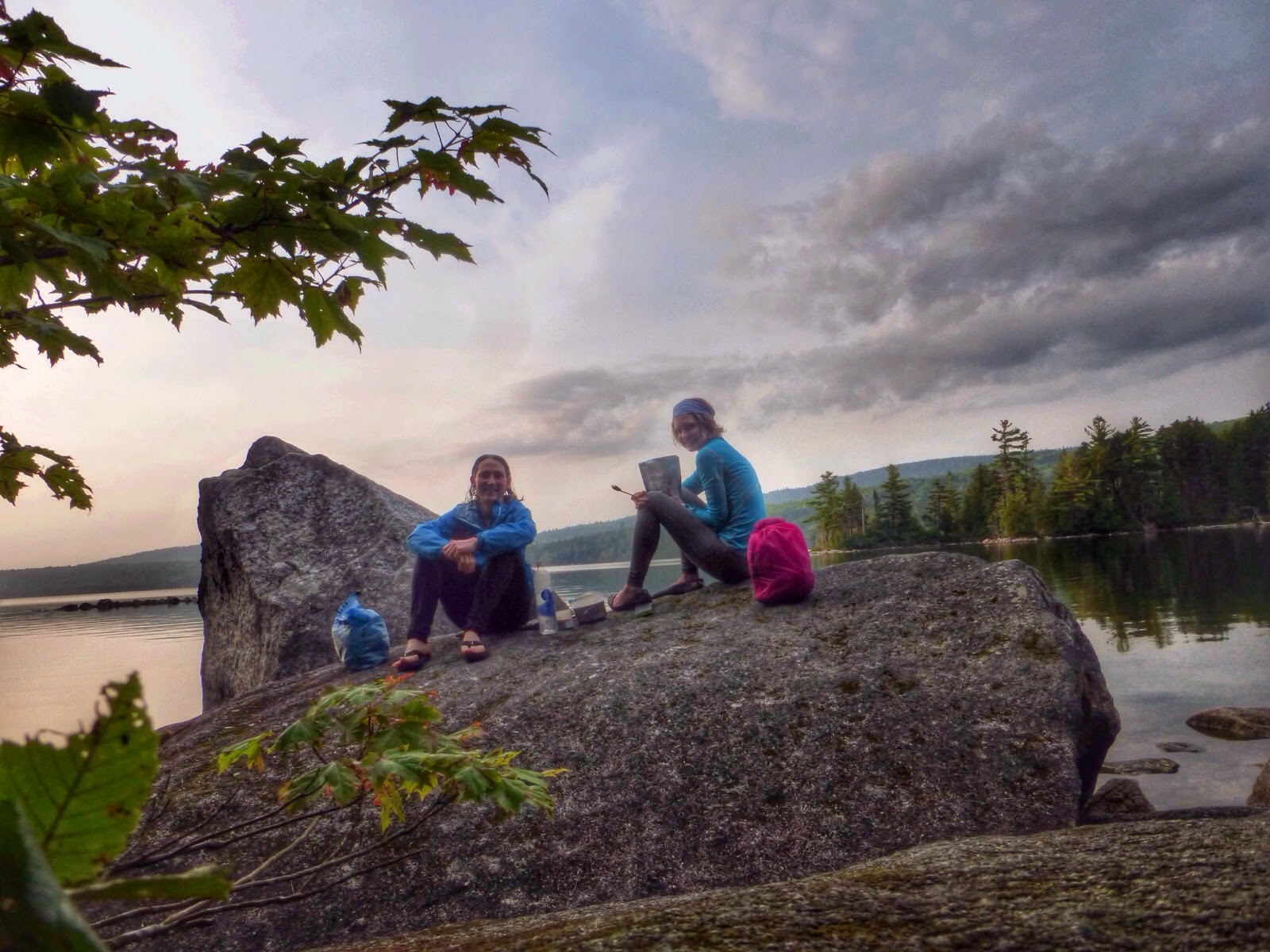 Both of us were exhausted and asleep before 9pm I think. I’ve gotten in the pattern of just falling asleep after writing a paragraph or so knowing I’ll wake up wide awake in the middle of the night to finish writing. I was right and woke up around 2am with cramps, having sweat through my long pjs. I changed into my shorts and tshirt and am hearing many active little animals around us. Loons in the lake, chipmunks, birds, and what sounds like some kind of woodpeckers communicating in their own banging code. There was something quite large in the lake nearby and I attempted to shine my light to see, but was too lazy to get up and check it out. I think It was probably a moose, dang! It’s just a late night animal party on the lake. Ok, I’m going to try to get back to sleep. Oh, this eerie spider was at camp today. I’ve never seen anything like it. Anyone know it? Gave me the creeps… 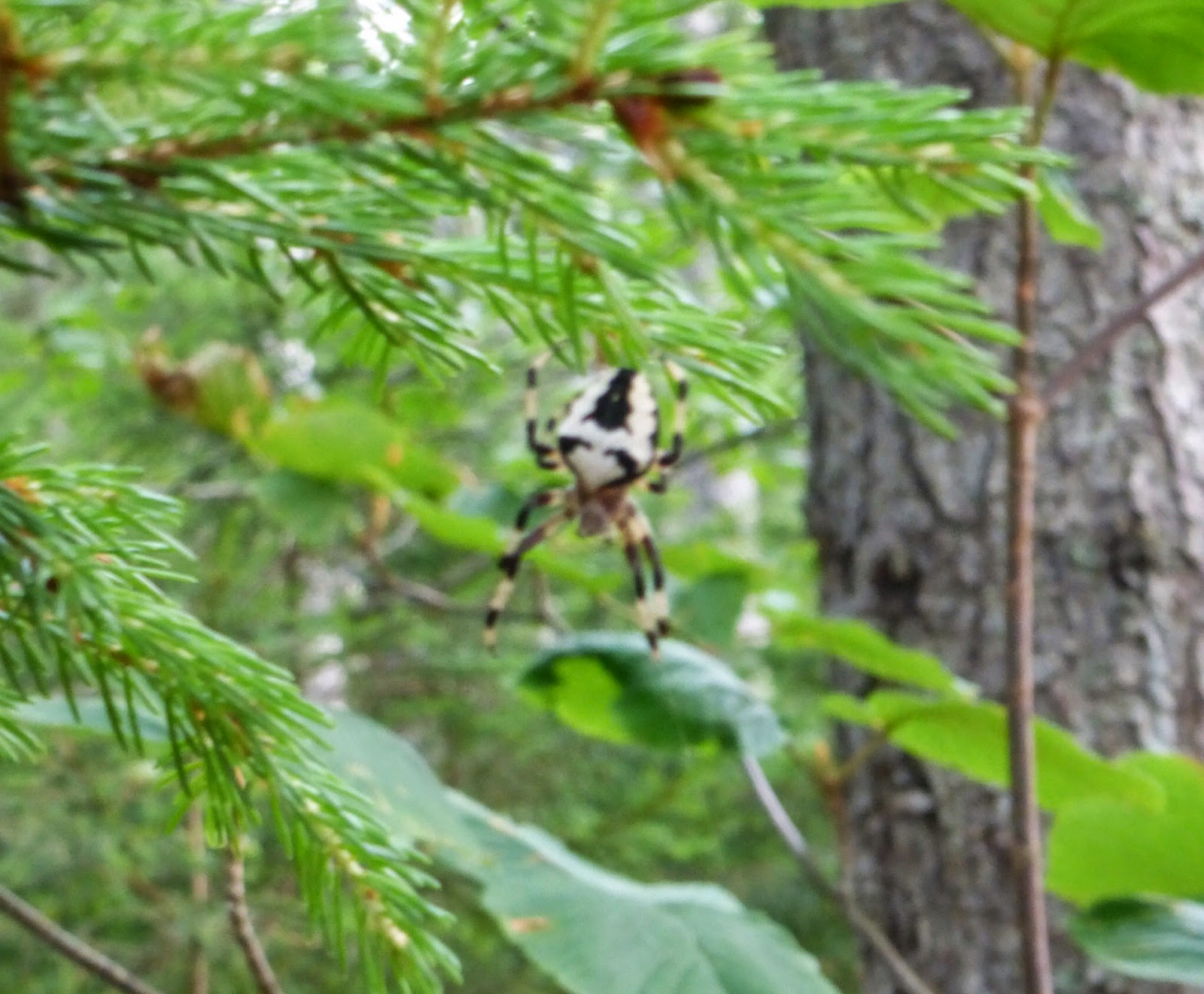