Elevation chart courtesy of Guthook’s Long Trail Hiker app. He has apps for many trails including the PCT, CDT, and AT.

By some stroke of luck, it didn’t rain last night. The forecast was ominous saying that thunderstorms were expected and then so much rain today that it would accumulate to 1-3″ and possibly cause flooding in some areas. When I got up, I was in a cloud with mist in the air, but no rain. I started hiking just before 6:30am. The trail had some uphill before descending down. The higher I went, the stronger the wind gusts and thicker the clouds. I was so glad that I did all the high elevation stuff yesterday as it would have taken me more than twice as long do it in these conditions. As I hiked up, I came upon another ski lift with a warming hut and had been told there was a good view there, but it was not visible today. After this photo, I stowed the camera away for the day to keep it dry and used my iPhone in its case to take pictures the rest of the day. 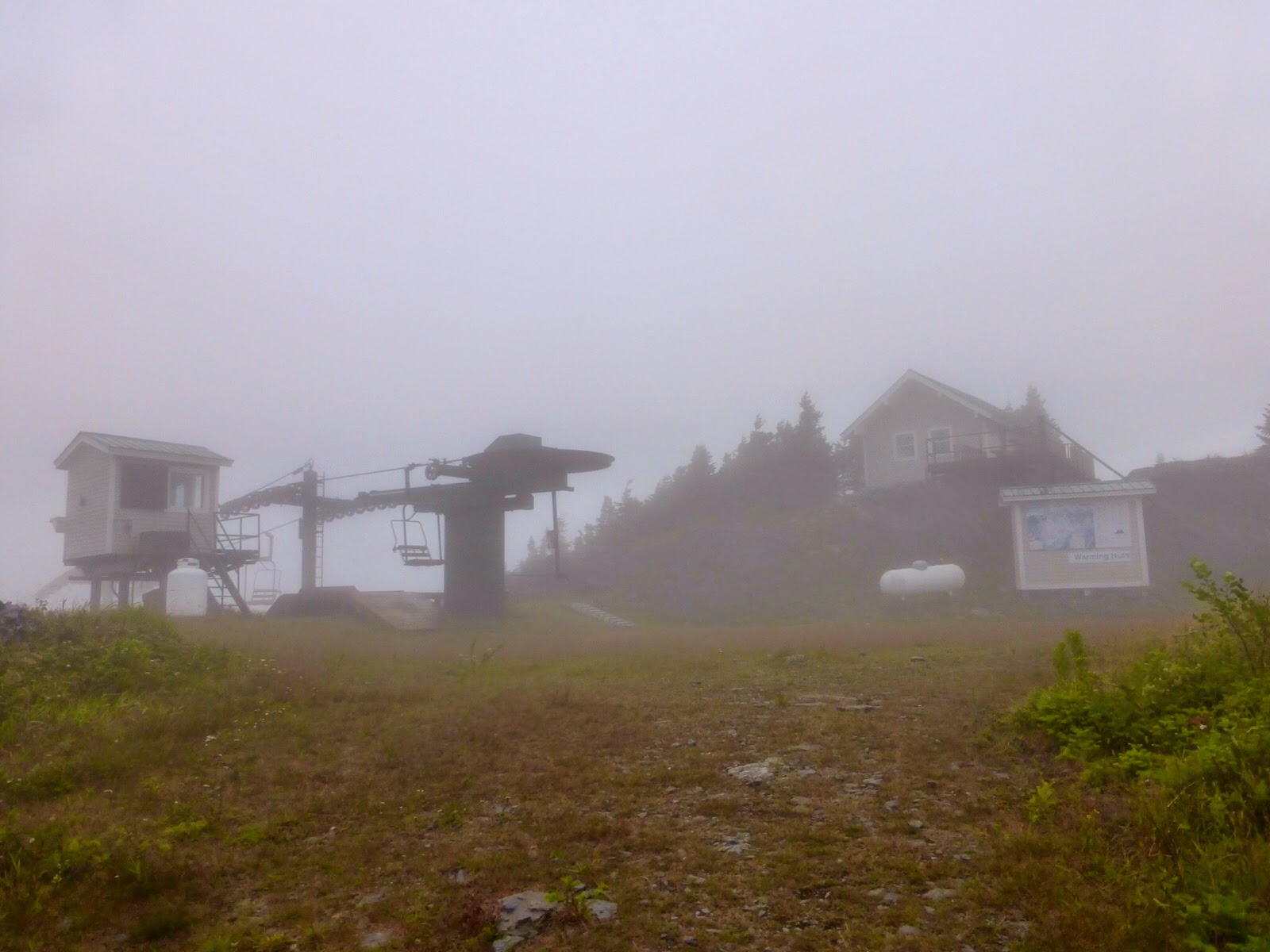 Light rain started early this morning and lasted most of the day. I had 10.5mi to hike down to a road where I had trail magic waiting for me! That was my motivation for the rainy morning. Back in July when I did the first part of the Long Trail that overlapped the AT, I met a couple (Terry & Sherry) out on a section hike. They have followed the blog since and live near the trail in northern Vermont. They will be picking me up and hosting me when I reach Canada the day after tomorrow. Today I was crossing a road where Terry was able to meet me for a trail magic lunch! I made it there at 11:15am and Terry had brought a big turkey sub sandwich and some chocolate milk! 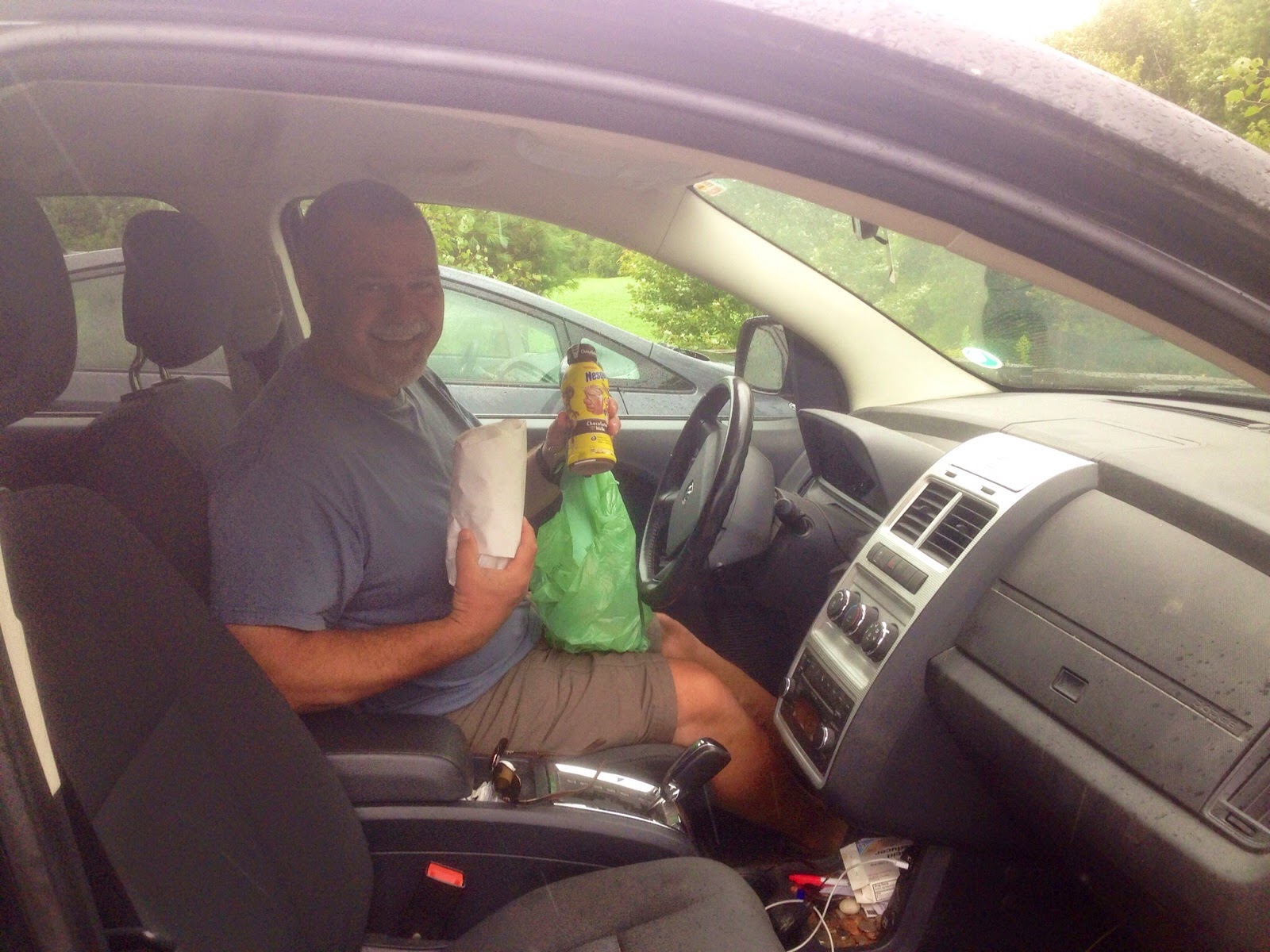 I got to eat lunch out of the rain and in a warm car. It was great! Terry has hiked the LT and does sections all the time, so it was fun to talk trail too. I look forward to spending more time with him and Sherry when they pick me up in a couple days at the border and I stay with them before heading to Boston. THANK YOU Terry! It was definitely the highlight of this rainy day that did have some brush at finds. 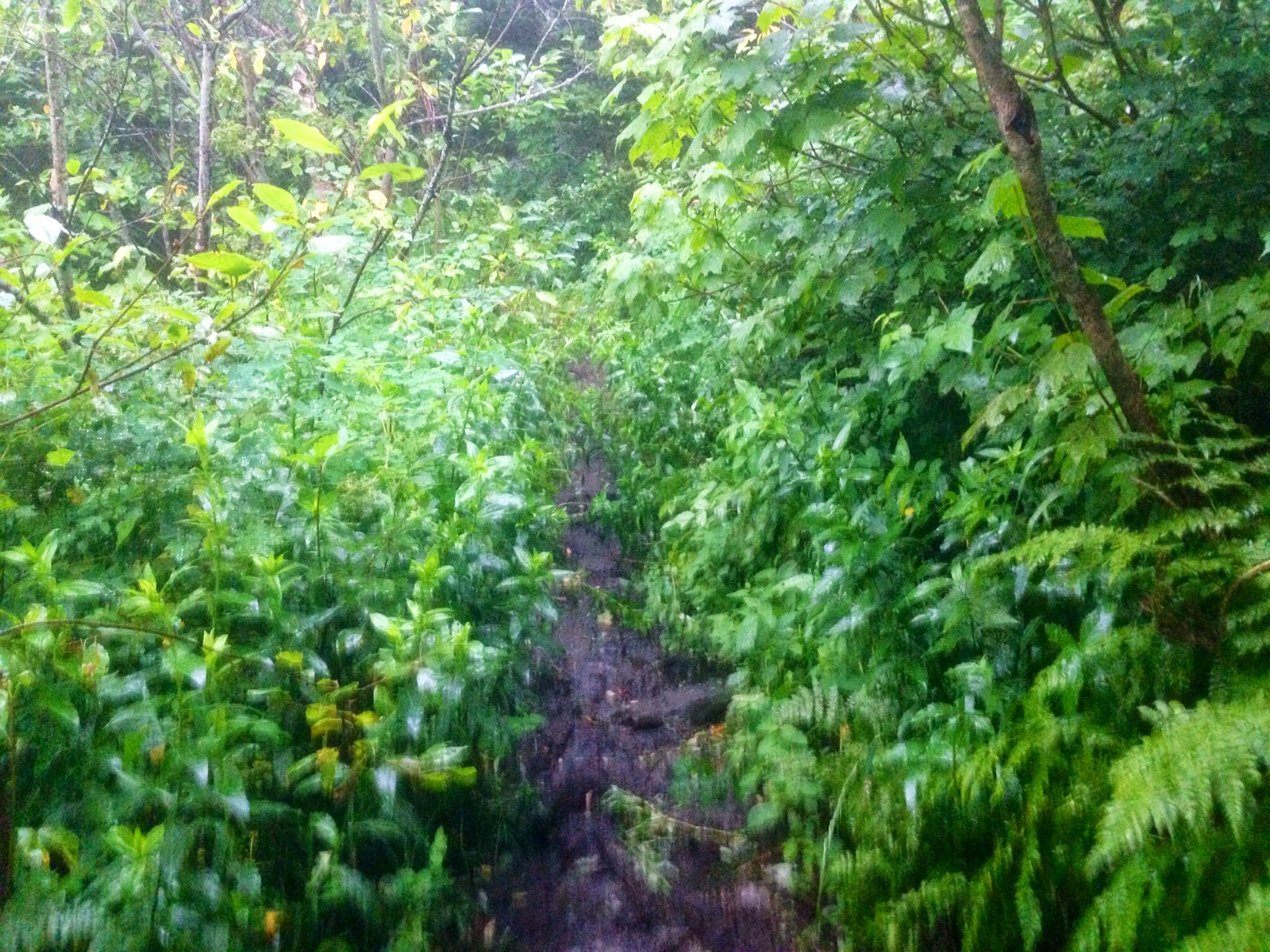 Not much to say about the rest of the day. The elevation and terrain was the best it’s been on the whole trail probably. Before lunch was at least 3mi of a gravel dirt road walk and after lunch was gradual ups and downs. It wasn’t even as muddy and puddly as I thought it would be. 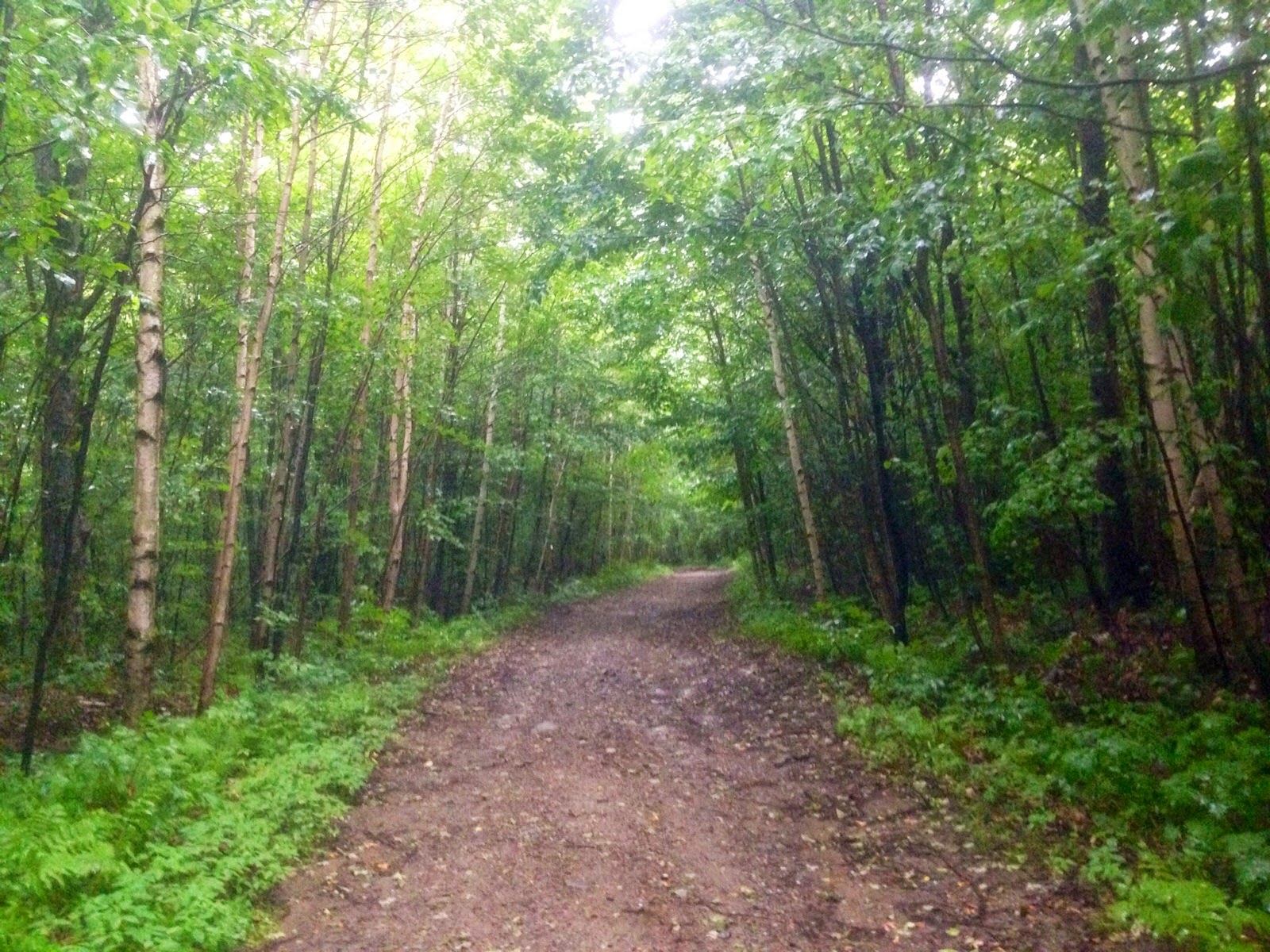 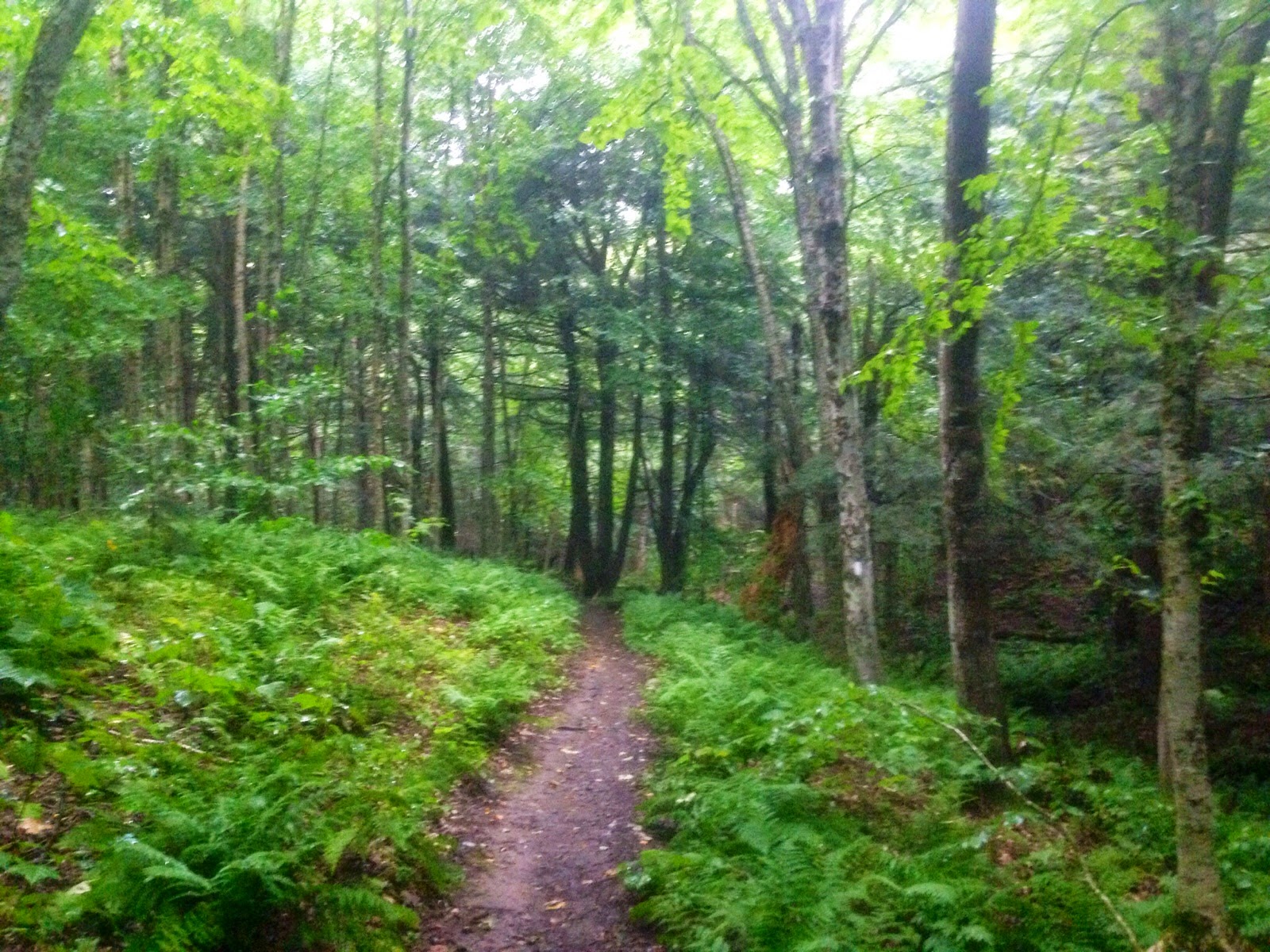 In the later afternoon the rain stopped and drops were still falling from the trees, so I kept the umbrella up. The umbrella worked like a charm today. There was some brush in places where I’d momentarily collapse it and they were short lived. In the gusty parts this morning, I held it with my hand to position it most optimally. Gotta love the umbrella! 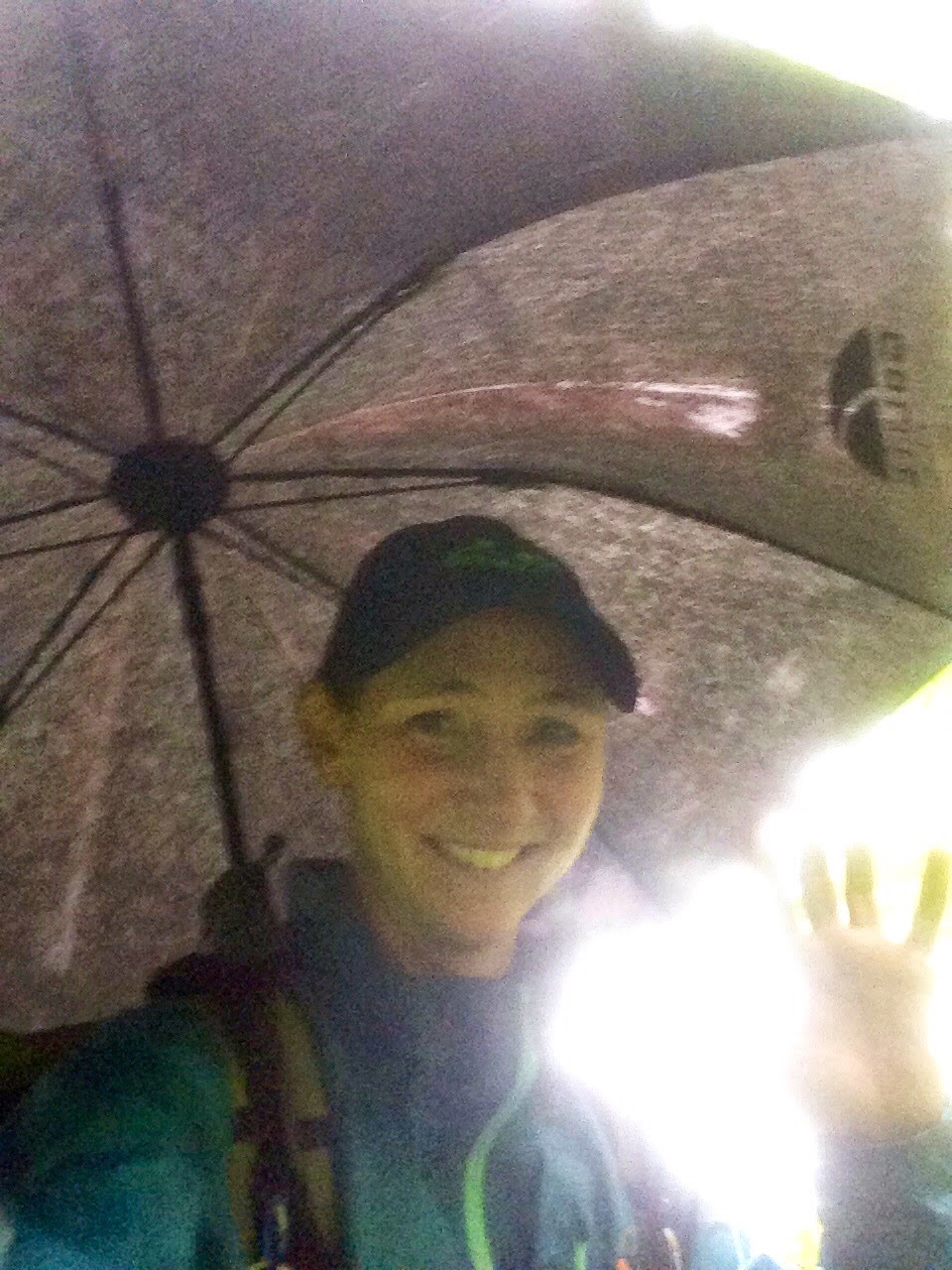 The last hour or two of the day, I didn’t need the umbrella at all and it was nice to walk without rain for a bit. All day, I was sluggish as I had done a lot yesterday and wind gusts kept me up last night. My legs were like lead on the uphills today so I just tried to go slow and take my time. One foot in front of the other. The plan worked though. I wanted to do all the miles yesterday on dry trail and the trail today was much easier to do in the rain. There weren’t many viewpoints and when there was one, it was momentary as the fog and clouds rolled through. 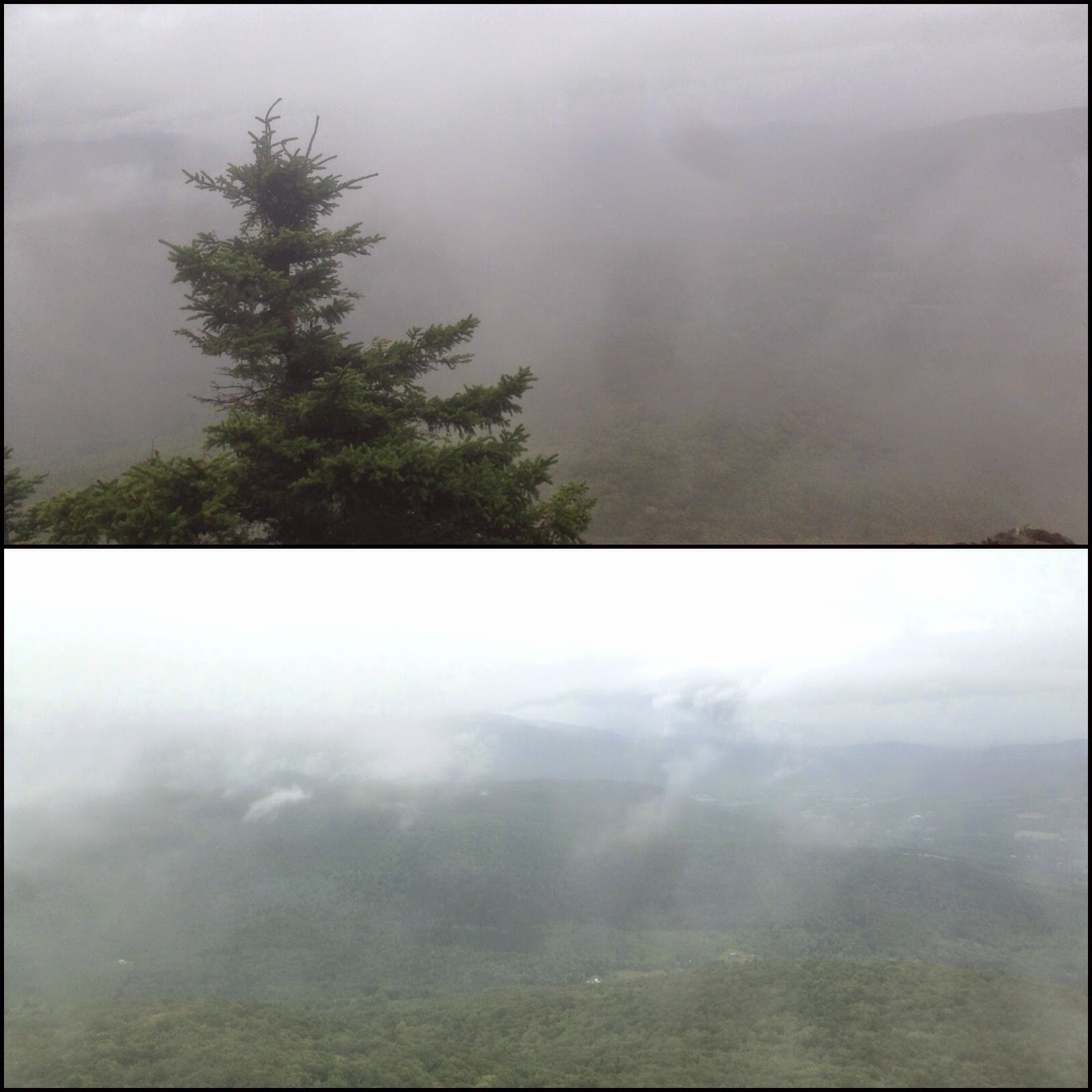 I intentionally ended at a shelter again and was hoping to keep everything dry and get a spot in there. It was the Corliss shelter with room for over 10 people. Fortunately, when I got there at 5:45pm was just one couple there who had been there all day due to the rain. I took the loft so we could each have our own space. Within 30mins of getting to the shelter, the rain started to come down harder and it’s been going for a couple hours now predicted to last until early morning. 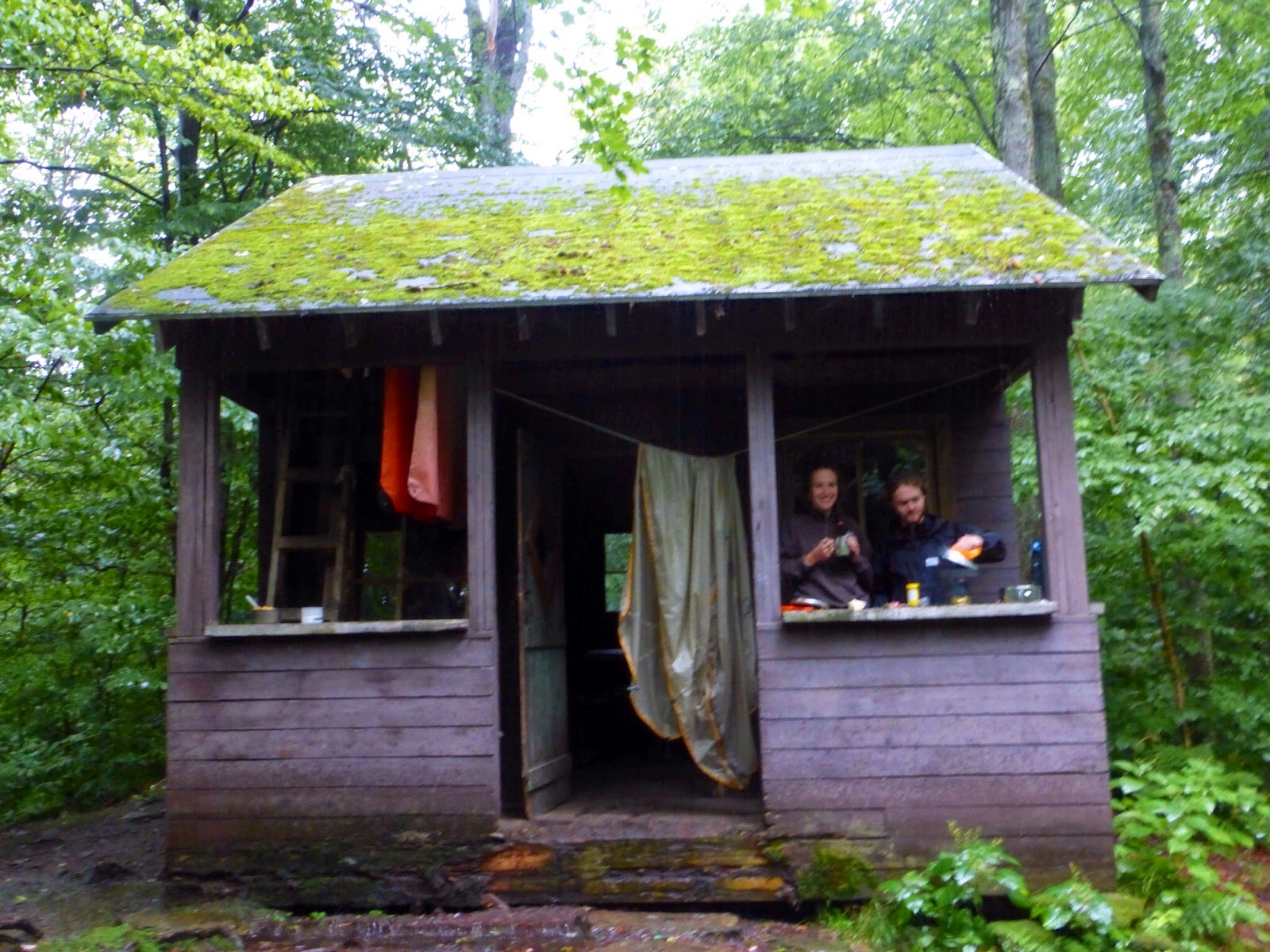 So happy with my timing! It’s the best sound ever to hear that rain on the roof above me and have all my things dry. I am getting to bed early(9:30) and I’m sure I’ll finally get the sleep I’ve been needing. Just two days left! 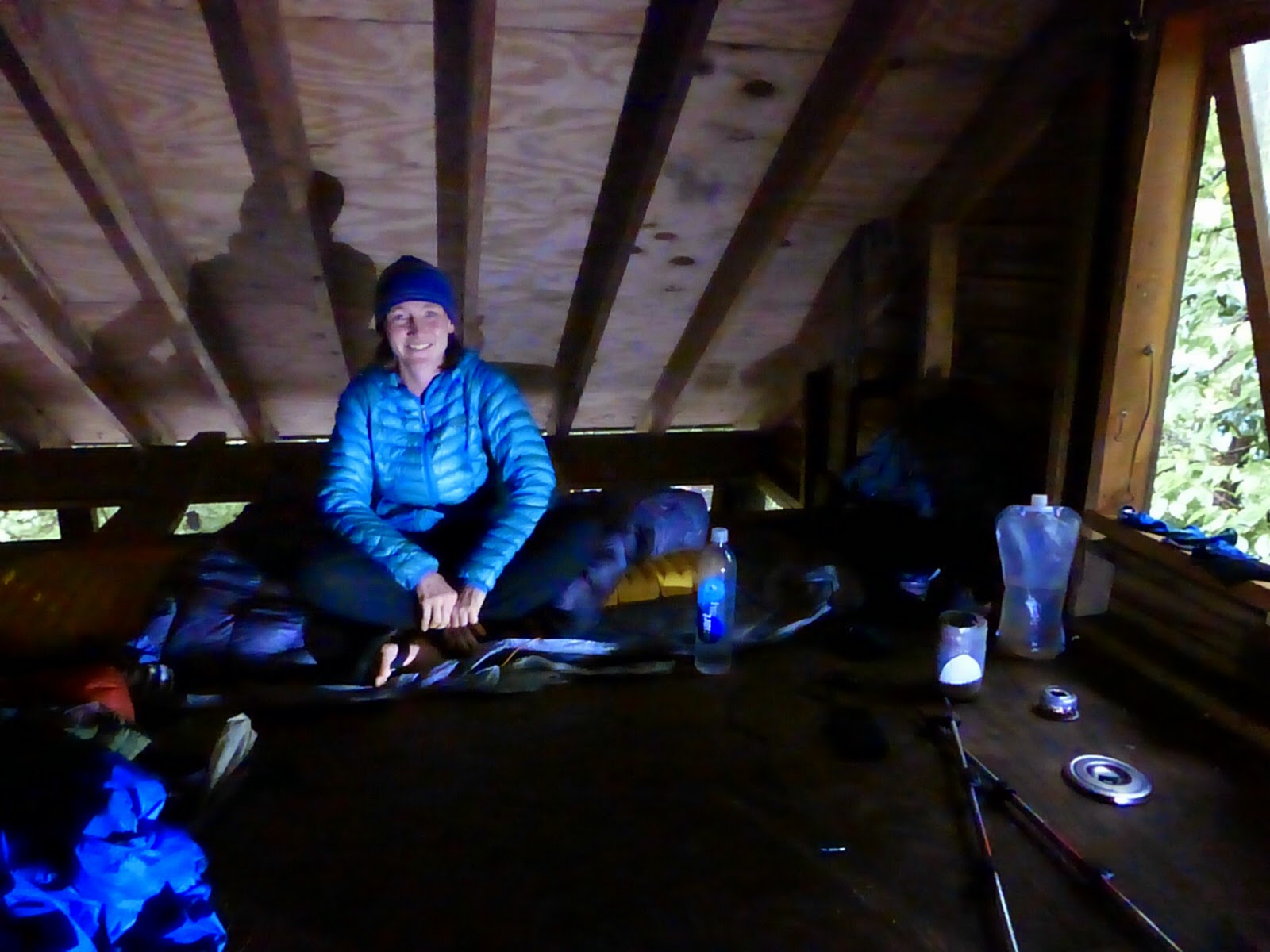