11 Days til Start Date…Updated Gear For the Hayduke Trail

I’m pretty dialed in with my gear, but each year there are small improvements that can be made and adjustments that are needed depending on the trail I’ll be hiking. My full gear list, along with previous gear lists can be found on my gear tab for anyone interested in seeing how my gear has evolved over the last four years. Most of my gear will remain the same this summer, but here are the updates. In theory, my pack should be lighter, but many of these have increased my pack weight…it just goes to show how an ounce here or there can really add up. All worth it though! My base pack weight without food or water will be 13lbs 4.6oz…7.4oz heavier than I carried on the AT…argh:/

My big ticket item for this year is the inReach SE. This satellite messenger is quickly spreading and becoming the ‘go to’ device for previous SPOT users. It is almost 2oz heavier than the SPOT and a couple hundred dollars more expensive ($300), but well worth it with the security it provides for both the hiker and family members. The main advantage of the inReach is that it provides two way messaging almost anywhere. With a SPOT, you push a button and there is no way to know if the message was ever sent or if help is on the way. With the inReach, it notifies you when a message or check-in point has been sent and you also have the option of messaging with people if you need to communicate. It operates with a greater amount of satellites than the SPOT, so it covers almost anywhere you could end up. Of course, it isn’t 100%. If I’m in a canyon or the antenna is blocked from a satellite, it won’t work, but this is the best option out there right now and gives me the best option for communicating if I need to in an emergency. Just like the SPOT, there is an SOS button with emergency assistance 24/7 that I hope to never need. The inReach also works as a GPS for minimal use in recording waypoints (the inReach Explorer does more), tracking, or navigation, but it is limited in how much it can store. That is why I will also be carrying a separate GPS. You can look at the subscription options on their page (yearly and monthly options), but I have chosen the cheapest one ($12/mo) that will allow me to check-in an unlimited number of times with preset messages and coordinates to my family. I will note that one catch is that if you want it to work with a public Trackleaders map like I have embedded on my site, you will need to send out a track point and my subscription has that at 10 cents/track, which is reasonable. Again, heavier and pricier, but well worth it! 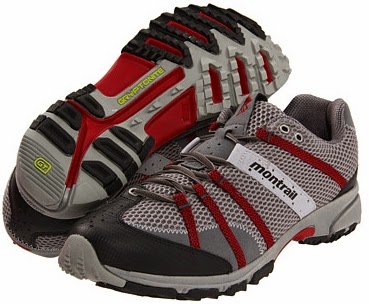 Montrail Mountain Masochist II Shoes
The moment I’ve feared for over a year has finally come. Ever since I started hiking in trail runners over four years ago, I’ve been using Montrail AT Plus shoes. I knew they were discontinued last year, so I bought up enough to get me through to this season. I have had a heck of a time finding a replacement for my wide ass hobbit feet. I tried every wide shoe out there and know many others are having the same issue. I ended up going with the men’s version since they are slightly wider. I also skip the first set of laces and that’s what gave me the extra width I needed. I know everyone’s foot is different, but this is what I landed on. I am accustomed to the strength and support of Montrails and really like the grip they provide. I hope this transition goes well…definitely a major stressor going into this season. There is a newer version out, but I like to save money and don’t mind buying the older versions. The other shoes I recommend trying for a wide foot for hiking are the Altra Lone Peak 2.0, Merrell Moab Ventilators, LaSportiva Wolverine, Brooks Cascadias, and Keens.

SanDisk iXpand Flash Drive (64GB, 1.1oz)
Pretty stoked about this addition! I recently had a friend that mentioned how easy it is to play movies on Android phones using a miniSD card. I was definitely jealous! I randomly searched for a way to do this on an iPhone…and it turns out that SanDisk came out with this great flash drive in November! Sooo worth the 1.1oz addition to my pack weight. I know many of you will cringe at this, but this gives me 64GB worth of storage for movies and shows that I’ve downloaded to watch in my tent at night or during some downtime. With all the work and planning I’ve had between trails this year, I’ve cut back drastically on television and I’m actually excited to get on trail so I can watch shows, ha! Love it! The drive does need to be charged from time to time and my external battery charger will take care of that. The drive also holds photos and any other files, so I will also have backup files of my maps and data book info on there. Yay! 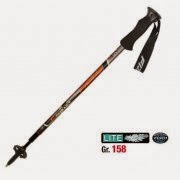 Fizan Compact Trekking Poles (11oz)
These poles were recommended to me by my good friend Rockin’. I’ve always used the sturdy and heavier Black Diamond Trail Ergo poles, because I’ve witnessed too many failures with twist lock and/or carbon poles that can break easily. My hiking poles double as my tent poles, so I’d be SOL if one broke and I’ve never had a lighter pole that I was willing to put faith in. Rockin’ used these poles all last year (even having them accidentally run over in a parking lot!) and hasn’t had any issues. They are aluminium and will save me 7oz, so I really hope it works out! I’ll be having to scramble a lot on the Hayduke and these will be much lighter and more compact for when I have to stash them in my pack while using all fours. I had to make a modification to the tips so that they would fit the StickPic that I sooo LOVE for videoing and pictures. I exchanged the tips with ones that will fit the StickPic ring. I tested tips from Black Diamond, Leki, and Komperdell and all worked. I kept the Black Diamond tips since I already have snow baskets to match and extra #2 StickPics to match. It’s easy to remove the tips of poles if you heat them (over the stove) and use pliers to twist/slide them off. 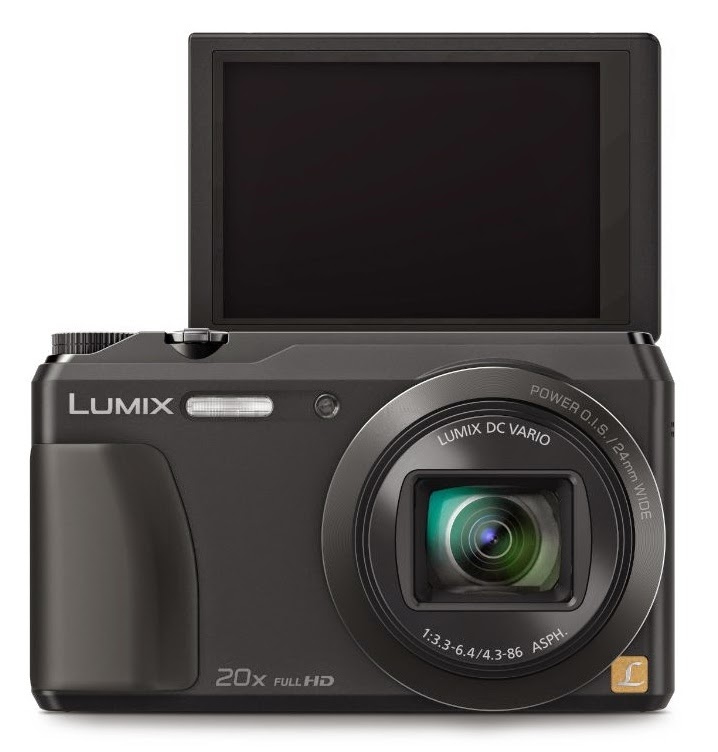 Panasonic Lumix DMC-ZS35 (8.8oz)
One of the most asked questions I get is what camera I use. I LOVE the Panasonic Lumix cameras. There are many types of Lumix cameras, but I like the more basic point and shoot. I did not need a new camera, but I do beat them up over a long hike. I’m probably less careful than I should be because I tend to buy them using the Best Buy warranty. For a very cheap price, you can get a warranty through Best Buy and they will replace the camera if it breaks and they can’t fix it. My last Lumix had a slight scratch on the lens, so I got a credit of the full amount on the camera. Turns out they no longer sold my version, I had to go with the slightly heavier yet updated version. I’m pretty excited about the features! It has built in wifi to connect it to my phone and I’m still working with it to decide if it’s better than the Eye-Fi sd card I’ve been using to transfer photos to my iPhone. The cool part of the wifi feature is that I can set the camera up and take a self portrait by controlling it with my iPhone. I can view the photo I’d be taking on my phone and take the photo when I’m ready rather than running back and forth to do a delayed shot. The camera also has a nice flip screen so I can see myself when I’m taking a selfie or doing a video with the StickPic. Really excited about these features…especially for the Hayduke and all the greatness there will be to capture. 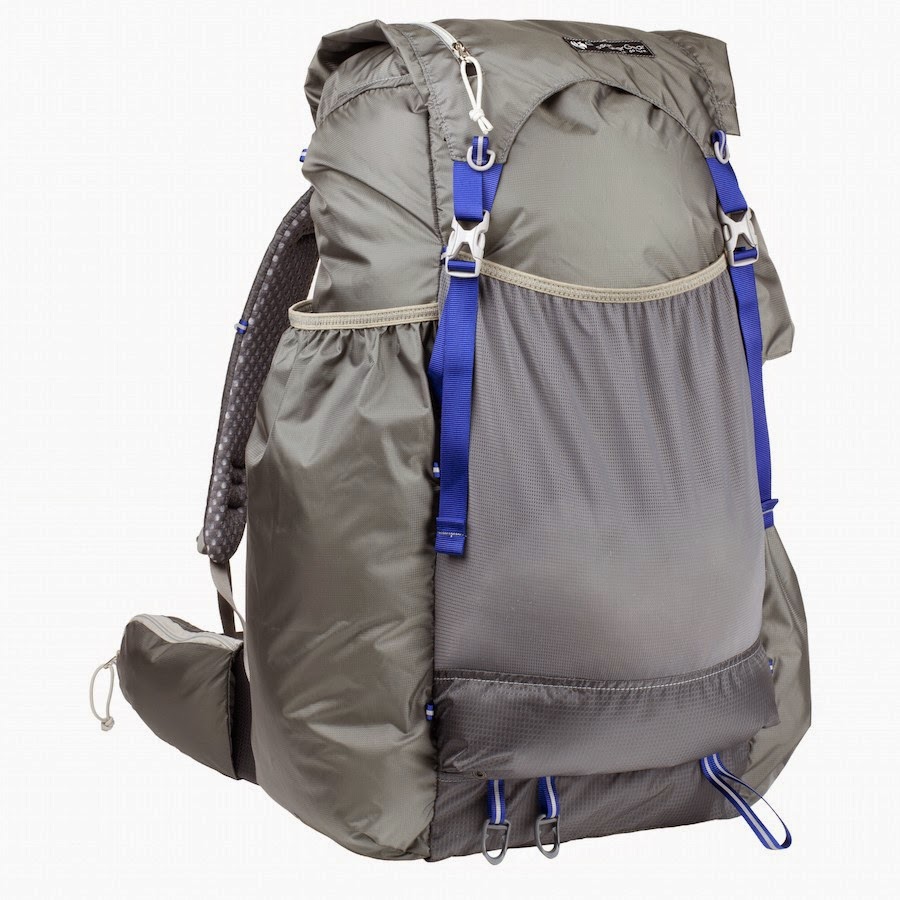 Gossamer Gear Mariposa (1lb 11.5oz)
This will be my third year with the Gossamer Gear Mariposa pack. I am putting it on my updated gear list because they came out with a new an improved version (couple oz heavier) this past fall that I want to make people aware of. In the past, some had difficulties with the way the straps fit on their shoulders and this has been addressed in the new version. Also, the padding on both the arm and waist bands is more cushioned. I am really impressed that they have made a pack that I felt was perfect for me, even more perfect! I will be doing much longer food and water carries on the Hayduke and having a pack that can support all that weight comfortably is essential. It’s the one pack I’ve had that I’ve said I don’t even feel like I’m wearing at times. I’m sooo glad I have the Mariposa for the Hayduke!
GAIA GPS App
I will be taking a Garmin eTrex20 on my hikes since these are more remote hikes and my sense of direction is not stellar, but I hope to rarely use it. My primary GPS will be with the GAIA App, which ROCKS! In the past, I’ve used the TopoMaps App and that’s worked well, but GAIA has become the more relied upon app with better maps and details. I prefer the phone apps to the GPS because they are more user friendly and faster than using the GPS. The only drawback is that it does drain the phone battery. If I want to conserve phone battery, I’ll pull out the GPS. 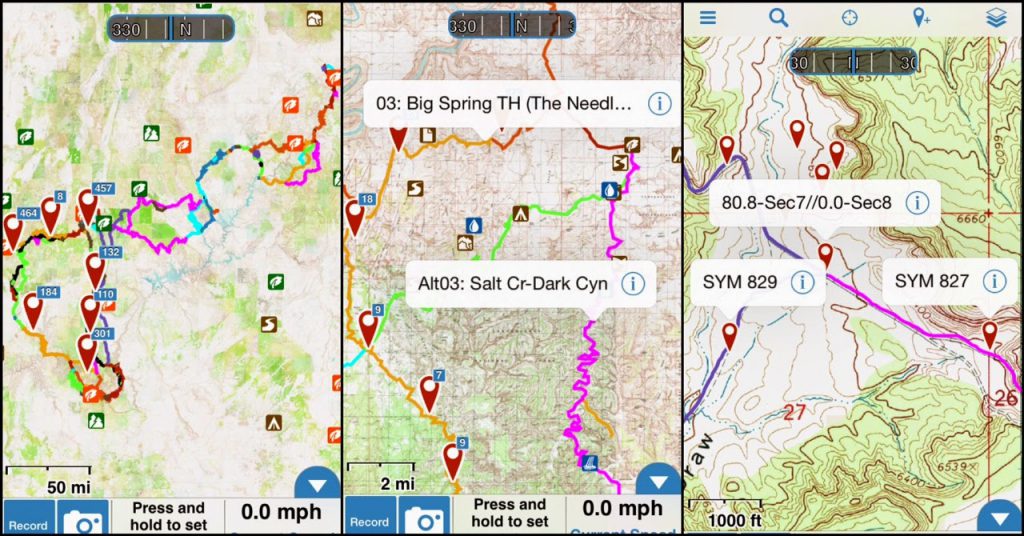 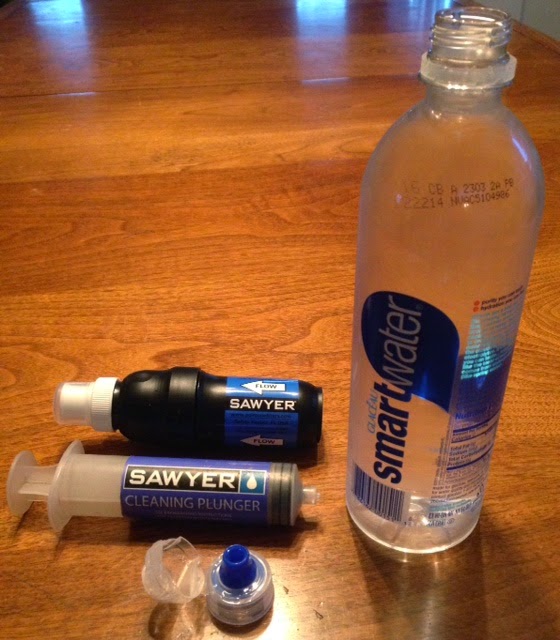 This will be my third year using the Sawyer Squeeze, but I want to note that I’m switching from the Sawyer Squeeze Mini to the 1oz heavier Squeeze for the Hayduke. The extra ounce is worth having a filter that will be slightly faster and handle the dirt and debris I’ll be filtering on the Hayduke. I’m still in shock that something so light can accomplish such an amazing feat of filtering water! I also wanted to note a great trick to use when backflushing Squeeze or Mini. I have a picture here as a visual aide. Many hikers try to find alternates to backflushing that would avoid carrying the syringe that comes with the Squeeze. I found out about a great one recently! If you carry a SmartWater water bottle, which many hikers do, there are some that have flip cap tops (.7L bottles). They coincidentally have a spout that fits perfectly with the Sawyer Squeeze spout. Instead of carrying the plunger, I now will just carry this extra cap I can put on my SmartWater bottle and I can squeeze the water from my clean water bottle through the Squeeze to backflush it….wonderful!