April 20th
Just before Cannonville(457)-Tropic,UT(463.7)
6.7mi
Woke up to another cold morning in the mid 30s and condensation on the ceiling of the tent. I’m sooo glad it isn’t hot, but whew, near freezing temps is quite a way to wake up! I’ll be quick today as it’s a nero and I have lots to do before getting on trail tomorrow. I had an enjoyable 7mi road walk to Tropic. I walked by the lone gas station/hotel in Cannonville on the way and was disappointed there wasn’t a warm breakfast restaurant. I did however get a roll of chocolate donuts to put a temporary band aid on the stomach until I got to Tropic a couple hours later. 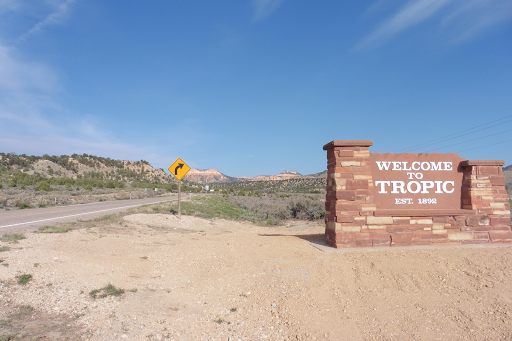 I was in town by 9:30am and checked into America’s Best Value Inn. When I walked in, Busted Magic was there checking out! She and Wade got a hitch a few days back as the same roads wind all over out here and we aren’t really traveling too far from town. For example, we hiked 145mi to get here from Escalante and it’s 40mi by road. There is no cell service in town unless you use roaming, but the wifi here is good. Just frustratingly slow to have to type all communications on the phone. I got a text from Katherine that she randomly got hosted by someone that lives 10mi back along the road walk. He is going to bring her to Tropic to resupply and she will hike from there tomorrow to take a cross country route into Bryce and avoid the 17mi total road walk I’m doing to be able to walk through Tropic and we should arrive in Kanab the same day. 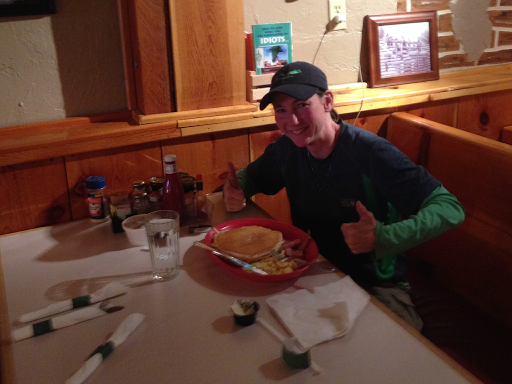 I ate breakfast next door to the hotel and when I walked out, who was sitting outside??….Gavin! He left a half day after we did and pushed hard through this leg and just arrived an hour or so after me. As we were catching up, Katherine arrived (the restaurant is also attached to the lone place to get groceries), and then Busted Magic and Wade walked up. Five Haydukers in one place all coming from different directions. It mush be a record! What a coincidence. Mad at myself for not getting that photo!
So there is now a new plan. Katherine is really enjoying her solo time she craves and appreciates in the wilderness and will move on her own, but chances are that we will still overlap at times since we are very close to the same schedule. I’m going to hike on with Gavin and we have an option to have our Grand Canyon permits coordinated if we don’t drive each other nuts in the next two weeks. So chances are we may finish out the trail together. 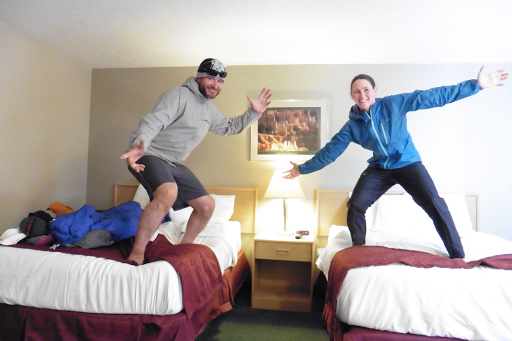 A bit more on Gavin. He is a semi-retired, 42yr old, investor guy type from a small town in New York. I don’t get it, but much like Ferris who I hiked with on the AT, he put in his time and can manage his funds if he lives simply, so hiking is perfect! Gavin did the first half of the PCT in 2013 along with integrating the challenging cross country Sierra High Route. He likes off route stuff and does that with long distance dirt biking(motorcycle) trips. Apparently, there is a culture of dirt biking long distance just like thru hiking. He also likes photography. My favorite part is that he looks just like Treat Williams, the dad from the show Everwood! I’m totally right and no one out here gets my reference! 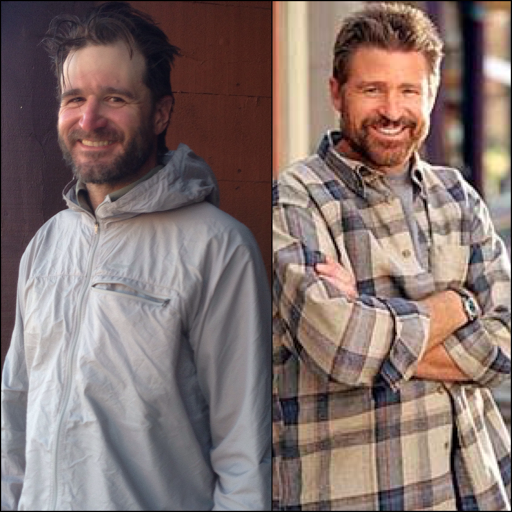 Ok, so tomorrow, I set off with Treat..er..Gavin on a nice short four day leg into Bryce Canyon!!!