Elevation profile created by Zdenek on his 2014 GDT hike  Thank you for allowing me to share these Zdenek! Notice some are cropped and may be a bit distorted, but it’s a good visual of the day.

As expected, today was very similar to yesterday. A pretty uneventful road walk in the morning. More wooded than yesterday and a lot of climbing.  By the time we had lunch at noon, I’d only taken two photos and E took maybe four. That’s very little for out here! 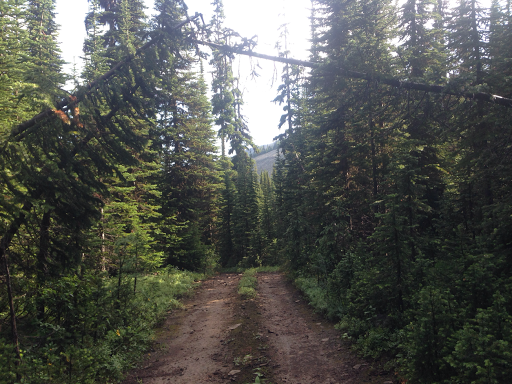 We did hike near Line Creek Mine (coal?) and it looked really interesting in person to see what used to be mountains all carved out. Here’s the mining area. 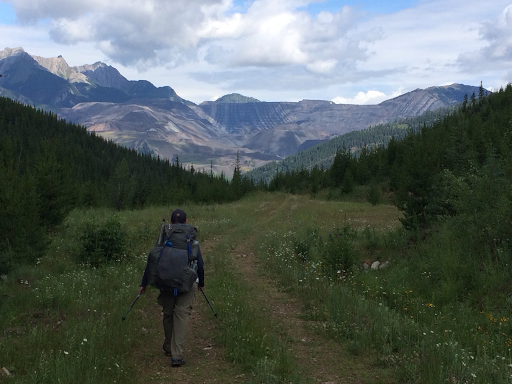 Soon after lunch, the ominous clouds gathered and thunder rumbled behind us as we were headed up over a wooded pass. 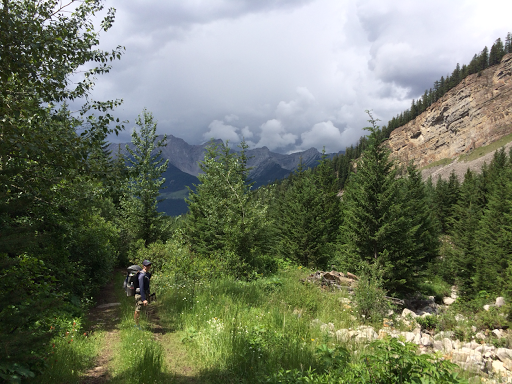 Eventually, the rain fell hard for just 10mins and it even hailed. Then it was gone and the sun broke out again. E got to test out the poncho she found yesterday and it was a success! It was warm today and the rain was not for long, so, it made it easy for her to just throw it on and off. 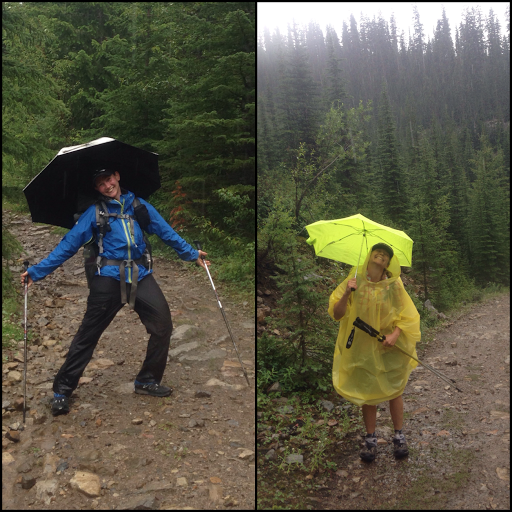 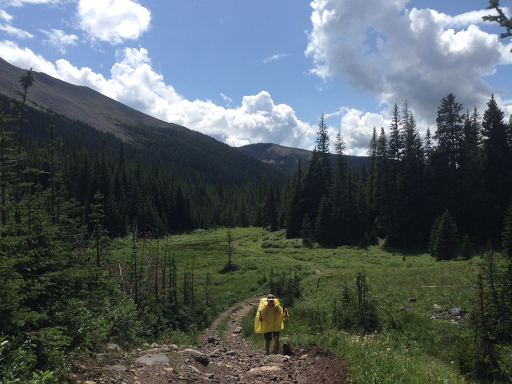 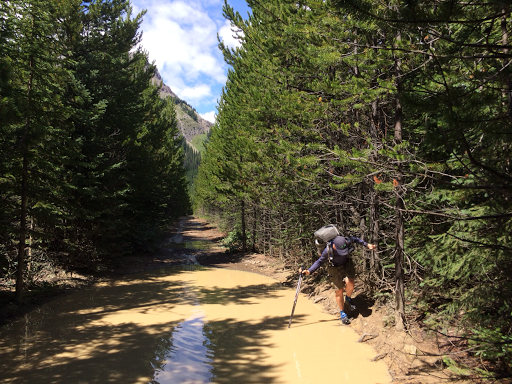 Then we had a couple hours before the dark clouds returned. It rained and hailed again in the late afternoon. Thankfully, we were in a wooded section and were shielded by this more extended rain. It lasted just 30mins. The ATV trail at the end of the day was more like an actual trail. Check out all the hail on the ground. 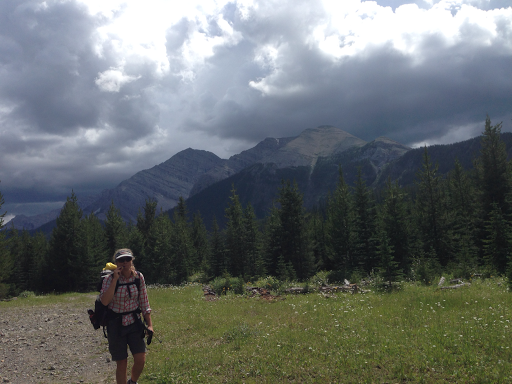 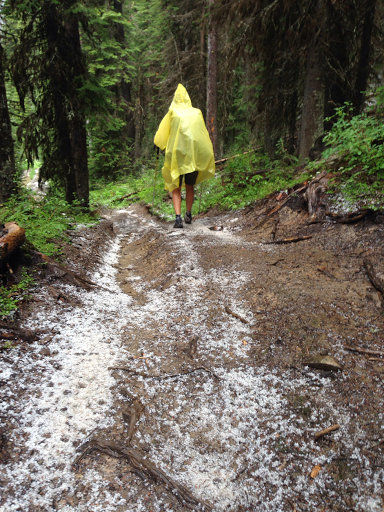 Even the mundane sort of stuff today was still great to hike through and we really enjoyed it. We’re glad that it’s raining because it’s hopefully going to help put out the wildfires up north in Jasper along the GDT. I did finish an audiobook I had started on the the Hayduke called. “We Are Not Ourselves.” It was very average in my option and too long, but I just wanted to finish it.
After the late rain, we got to our earliest camping spot possibility at 5pm. The weather was questionable and we didn’t know what kind of camping might be available, but decided to risk it and go on another hour to Tornado Pass. I know, with a name like that and the weather lately, we might have been jinxing ourselves. When we got there, it was beautiful! A large meadow with a great view! We took a bit deciding if we should camp so exposed with the weather that keeps coming in every few hours. We found a spot to pitch that is more sheltered around trees and blocked by the wind on three sides. We had dinner in the meadow. Yep, this is the life! In the meadow photo, our tents are pitched out of the shot up and to the left in the trees. 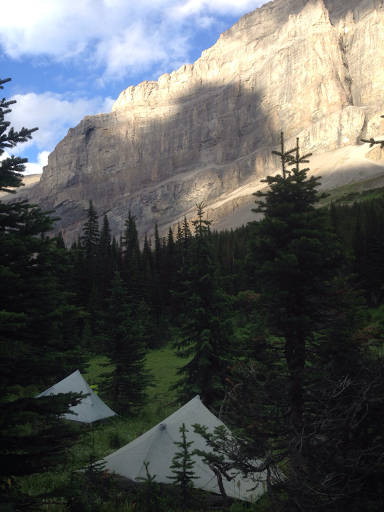 The view from our tents is just great to watch. The clouds moving in and out and the alpenglow on the rocks are making for quite the show. We’re so happy we chose to risk it and hike up here. Here’s the view from my tent right now (9:15pm). It stays light much later up here in Canada. 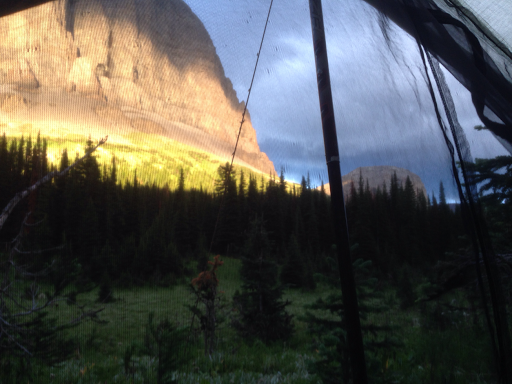 Whoa! I was just closing my tent doors for the night when we heard something that crackled and echoed like the grand finale of a fireworks show. It was a rock slide on the cliffs we can see across the meadow! I had a tree in front of me, but E saw a bit of it. Oh man, that made us think of the Frank Slide, which was a historic site near Coleman. A whole side of a mountain crumbled down and took out a town in 1903. The rock field is still there and part of the ultra marathon Sinister 7 runs right over it. Man, what a powerful sound.
Tomorrow, we get some cross country action in as we hike up and around the right side of what we’re looking at. It’s know for being brushy and time consuming. We’ll find out tomorrow…