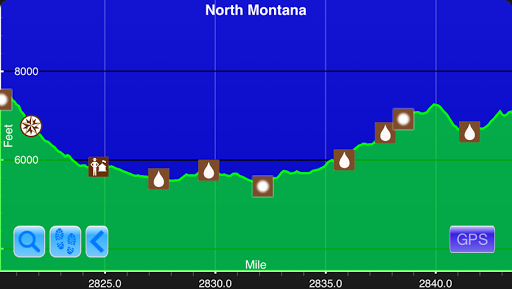 Once again, the two of us were up throughout the night with the brightness of the moon…and also the deer that walked around the campsite for what seemed like the whole night. Here is a shot of one of them from my tent this morning as it went by E’s tent for the zillionth time. 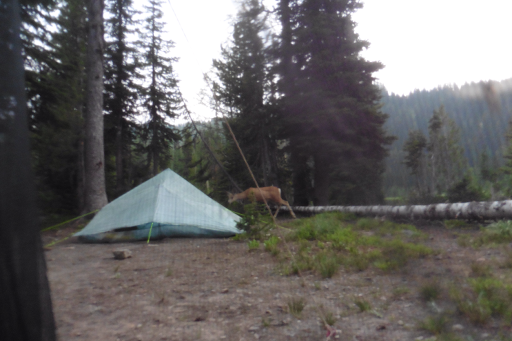 While I was packing up this morning, I reached to the bottom of my pack to grab my trash compactor bag to put my tent in since it had condensation this morning and nothing was there. I forgot to put a new one in my pack after I used the old one for my poison oak clothes on the Lost Coast Trail. It better not rain in the next few days…We got going by 6:30am and had four miles of gradual downhill. It started out in a burn section and we wondered if it was the burn from 2013 that closed this stretch for us that year. It was relaxing hiking on down, but not especially scenic as it got quite dense and brushy until lunch. To pass the time, I listened to an episode of a fun new podcast I mentioned two days ago called Mystery Show. 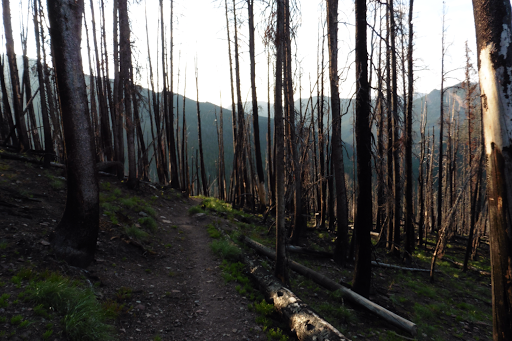 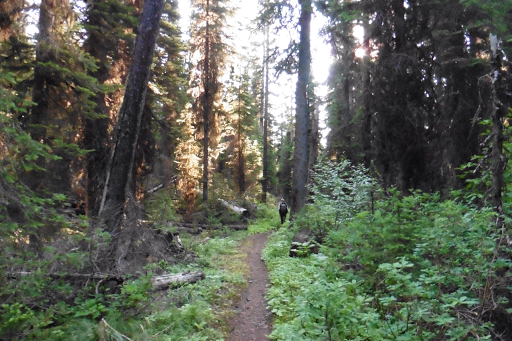 We hit a burn section just before lunch and it was getting hot, so we stopped a bit early around 11am when we came to a stream and shade. After lunch, the sun was quite strong and we got spurts of relief when clouds would cover it. I happily used my umbrella to shield myself and I measured 86F in the shade. I listened to another episode of Mystery Show. 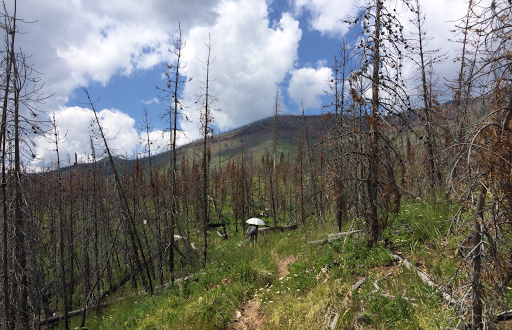 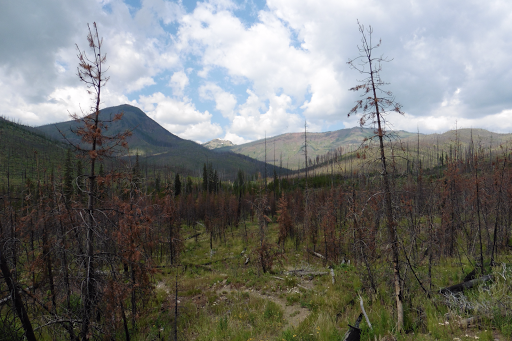 After a couple hours in that exposed burn area, it got dense and wooded again, but this time with a lot of spiderwebs. We saw our only two people of the day, which was two guys and a dog doing a few days to see the Chinese Wall. The odd thing is that we were all hiking the same direction and we thought we had finished the wall. Apparently, we didn’t. The views and wildflowers were great! 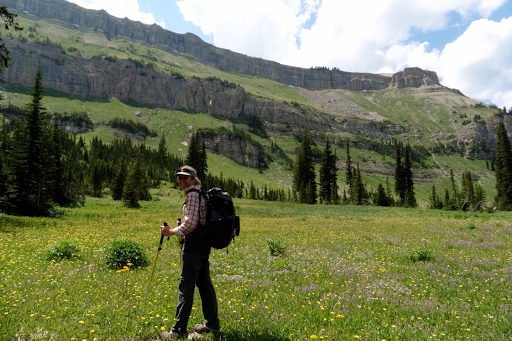 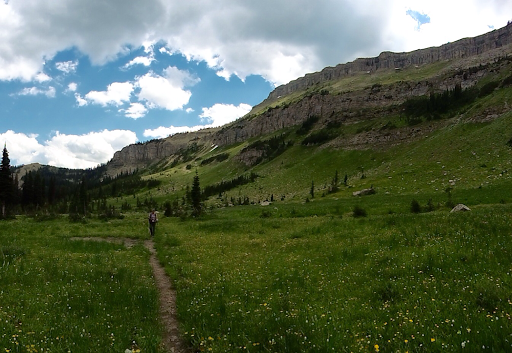 After this stretch, we got into another burn area with some even greater  scenery in all directions. The billowing clouds made it even better! 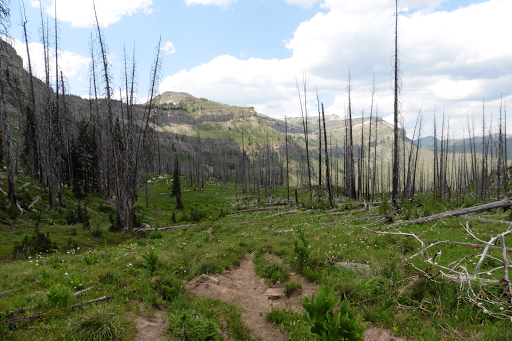 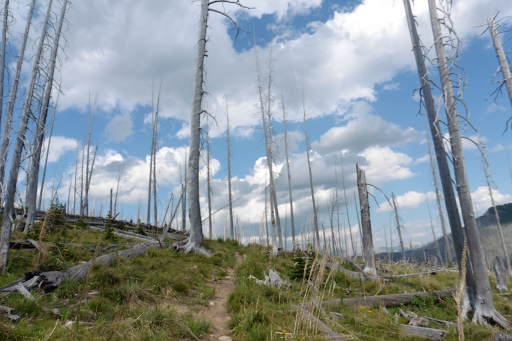 We looked at the maps and decided to try for a saddle where we could camp high, hope for a breeze to keep bugs away, and get a nice view for the night. We found a great spot and are just loving having this all to ourselves out here. Pretty incredible! 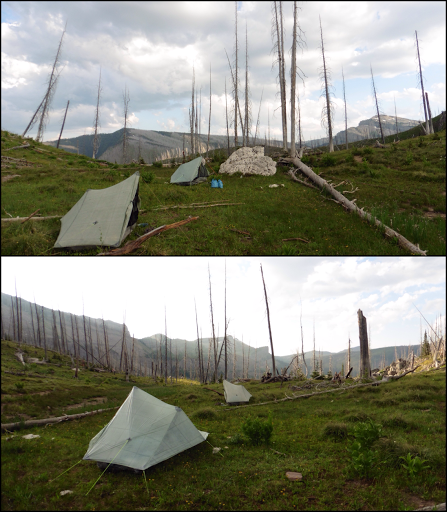 My habits appear to be contagious. E found my Chapstick I had dropped on the trail and a small map sheet I couldn’t find while she lost her bandana somewhere in the morning and the top to a Platypus bladder when she dropped it in a stream trying to fill up the bladder. She hardly ever loses things. I had an extra top so it all worked out in the end. Hopefully neither one of us will lose anything tomorrow! While I type this, E has been entertained by an alert squirrel outside her tent. She has named him Herman. Off to watch more of Orange Is The New Black. Yep, this is the life:)