Today was bittersweet. I knew it was my last day hiking in Western Australia and I have really enjoyed it out here. One of the things I have enjoyed the most is the relative solitude that I’ve been able to get so close to civilization. The fact that each night on the Cape to Cape, I was able to camp alone and have amazing views all to myself, is unbelievable. This scenery is so common and accessible for locals out here that I figure many don’t feel the need (or have the time) to hike in to see something they can see from a carpark. That works out great for me! 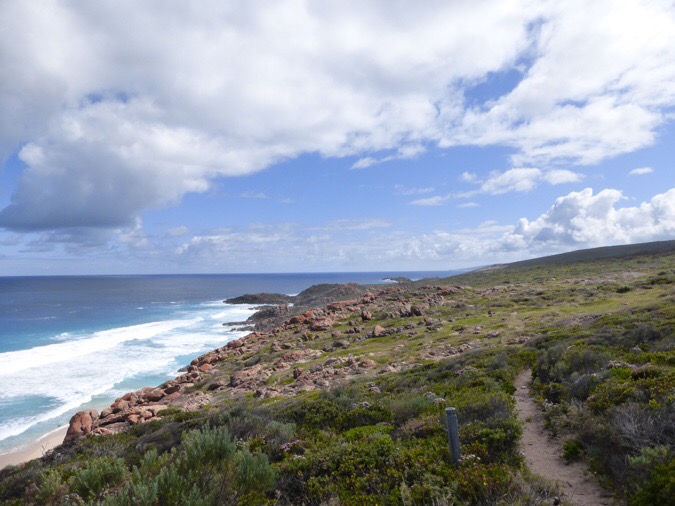 The original plan for today was to stop about an hour before the end of the trail so that I could camp one more night and avoid paying accommodations in town. Tomorrow morning, I have a booked bus back to the Perth area (~4hrs hopefully straight!). Well, it turns out that a blog follower’s parents live right near the northern terminus of the C2C. They were going to pick me up tomorrow morning, but last night we had a discussion, and decided to do it tonight. That way they don’t have to drive a road that could have many kangaroos jumping out in the early morning. So, that means that last night was my final night camping out in Western Australia. It was a perfect and memorable final campsite.

I slept great with no return of my little friend, which was a quenda(type of bandicoot). I got going by 6:30am. I felt like today’s hiking was more strenuous than the others. Overall, there was a lot of sand walking on beach, trail, and four-wheel-drive roads. If anyone hikes this trail, they just need to accept the sand slogging. Know that much of the hike is a more taxing slower pace. I had to stop to empty my shoes and socks of sand three times before lunch. All part of the price you pay for such great scenery and solitude. 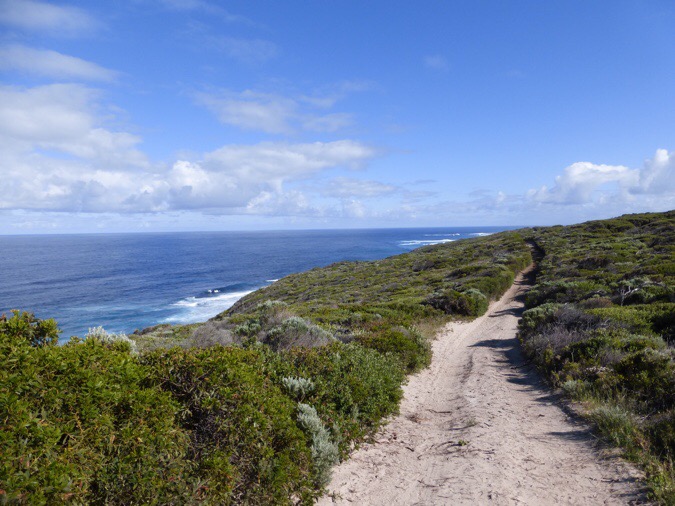 I did get a special gift on my final morning. I saw my first whale! Yay! So I guess they rarely come all the way up and all we get to see is the tail hitting the water and making a big splash. Still fun! 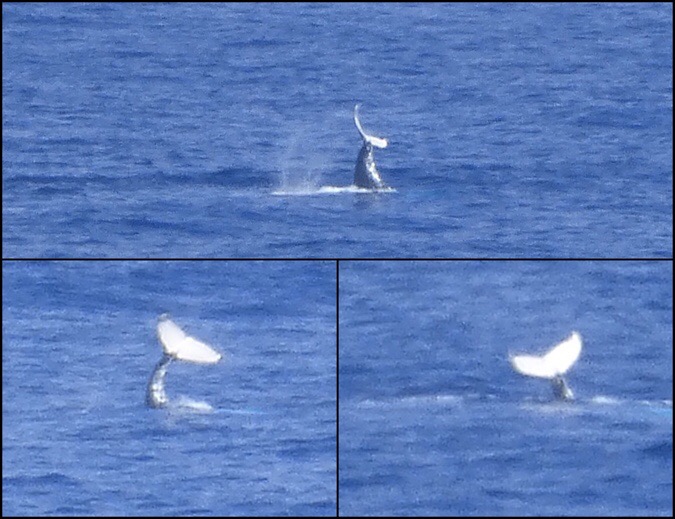 The latter half of the morning, had a lot of sandy and then rocky ups and downs. It was slower going than I anticipated and more taxing. The views were more rugged with rocky coves and some short beach walks every once in a while. 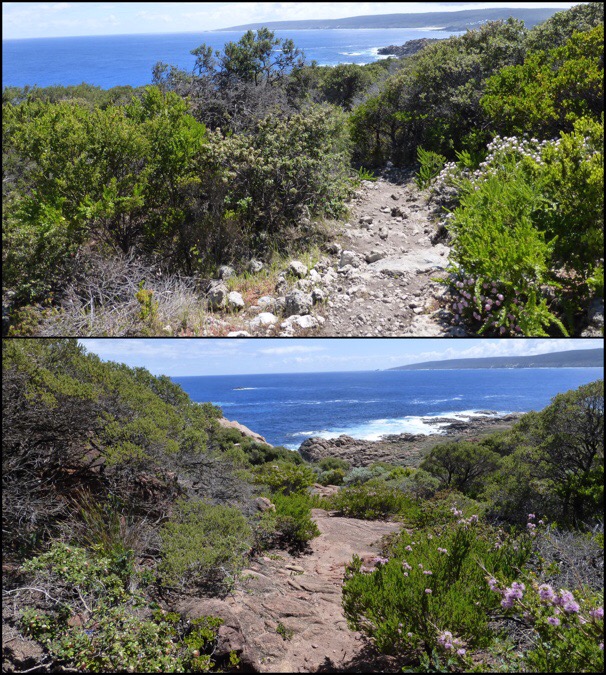 For lunch, I reached the coastal town of Yallingup. Right on the shore is a cute playground with picnic tables where I was able to sit in the shade and enjoy one last lunch. There was a statue there to recognize Yallingup as the birthplace of surfing in Western Australia in the 1950s. I thought when I got there I might have craved something more like ice cream, but I was completely satisfied with the food I had in my bag and didn’t feel the need to look in town for anything else. There are a few town opportunities along this track all just a short detour, so many people factor that into their days when they make this a longer trip. That just isn’t part of it for me and I like being away from all of that for extended stretches. It’s nice to know the option is there though. 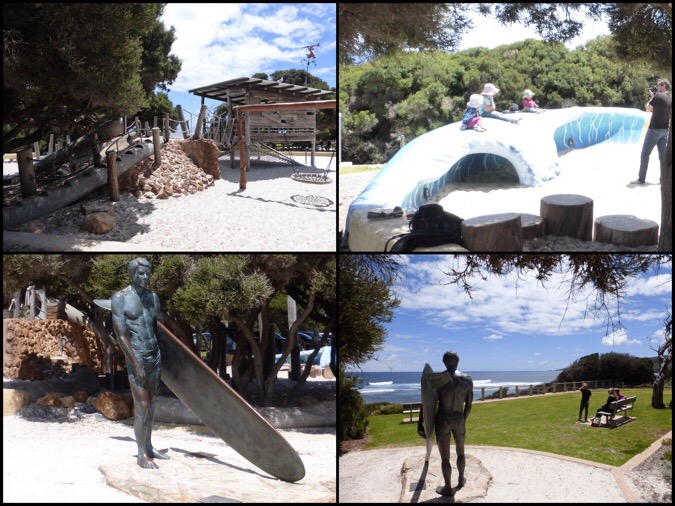 Also, I’ve had many people ask if I swam yet. Today was the day I saw the most people swimming. I think I was the closest to the most public beaches. It wasn’t like there were large crowds, but there were many people out in the water. There was one beach with many learning to surf and that was fun to watch. It is warmer today, but I am not a big water person and did not feel the need to get in the ocean. I did walk barefoot a few times along beaches while out here and walked in the water a bit then, so there’s something! If I were with someone else, who really enjoyed that sort of thing, I think I could have been encouraged to do it. No, I don’t feel like I missed out on much, as it is something that is less enjoyable for me then for others. Once I get wet and cold I’m chilled for the day. I did see plenty of surfing today. One guy was doing a combo of he stand up boards and surfing and was fun to watch. 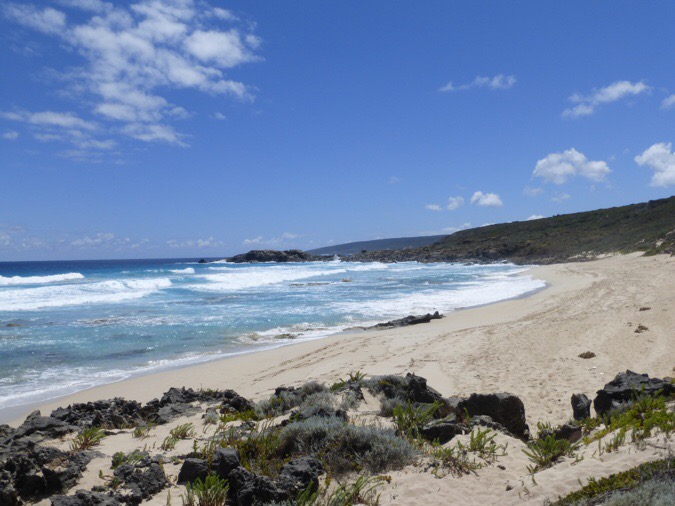 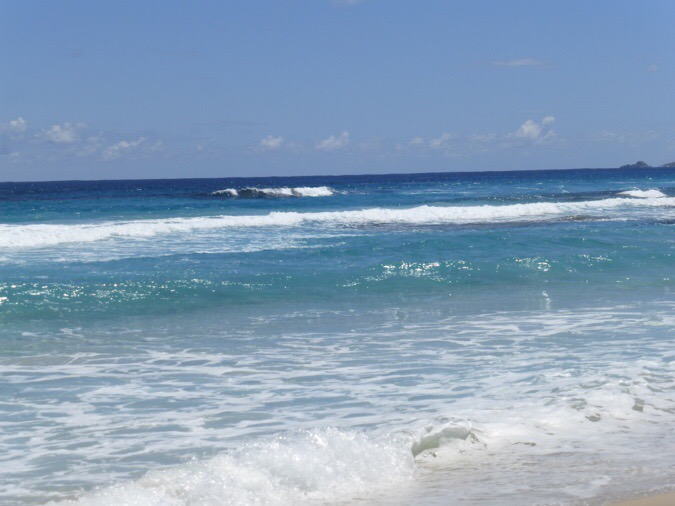 I’m going to miss this. 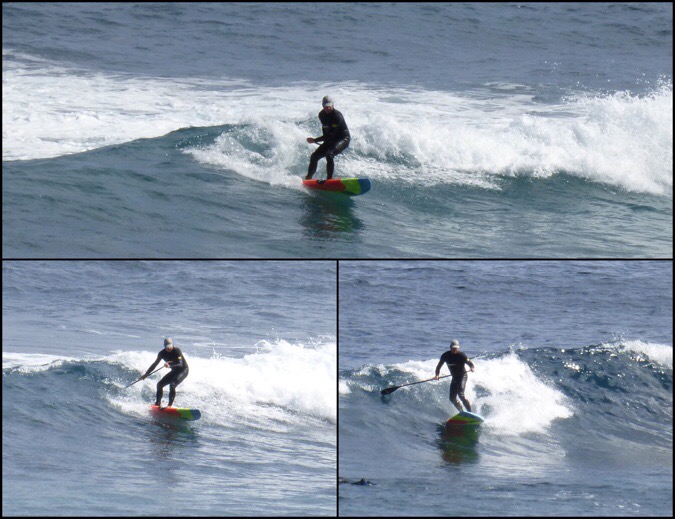 Just for you Warren!

After lunch, there was more sand walking in all forms. I arrived at the Duckworth Campsite, where there was a water tank. I needed to grab a bit more water for the end of the day. The tanks out here do not flow very fast and have faucets that you have to depress a few times kind of like faucets to conserve water in bathrooms. If you depress it a few times it seems to run longer but it still comes out quite slow. When I got to the tank, I reached what could be a total nightmare for some people. The hose was completely covered in bees right next to the nozzle. I was even a little wigged out by it. I propped my water bladder under it and the bees swarmed and pressed the button a few times and ran away while it filled. I had to do that a few times before I got enough water and I’m sure it was entertaining to watch to an outsider. That could be quite a problem for some people and I can imagine very frightening. 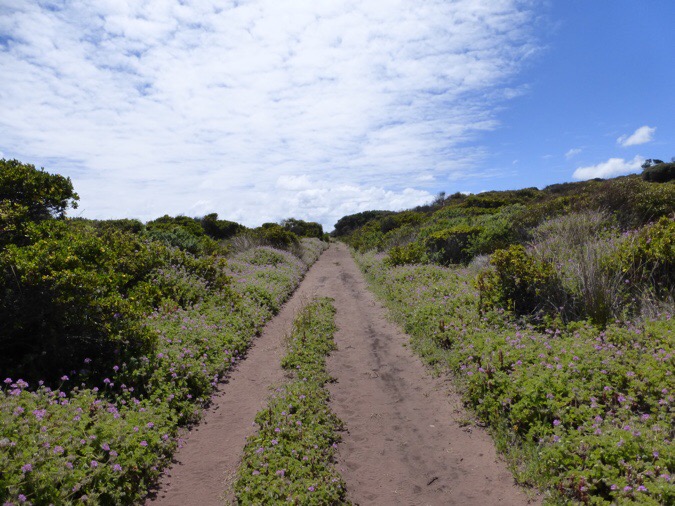 I took in the final miles with the Indian Ocean seeing just a few others (four backpackers) most of the day on the remote parts. I did see my first solo woman and that was cool. She too was planning to use that water source that wasn’t accessible to the public that I had issues with two days ago. Yep, definitely a common misunderstanding that needs to be cleared up in the the guidebook. The final 2mi/3.5km of trail to Cape Naturaliste Lighthouse is made specially to include more people, so it is well graded and a mixture of pavement and boardwalk. Quick trail, but my feet weren’t fans of the hardness at the end of the day. I did enjoy being able to take in the views more easily with a clearer wide path. I saw another whale! 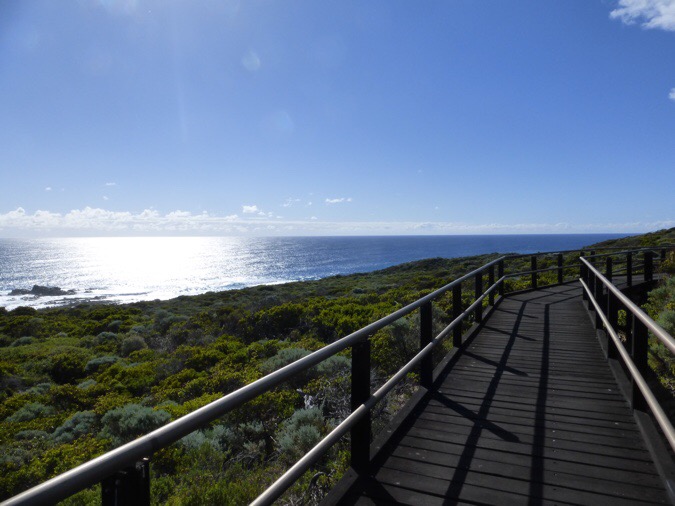 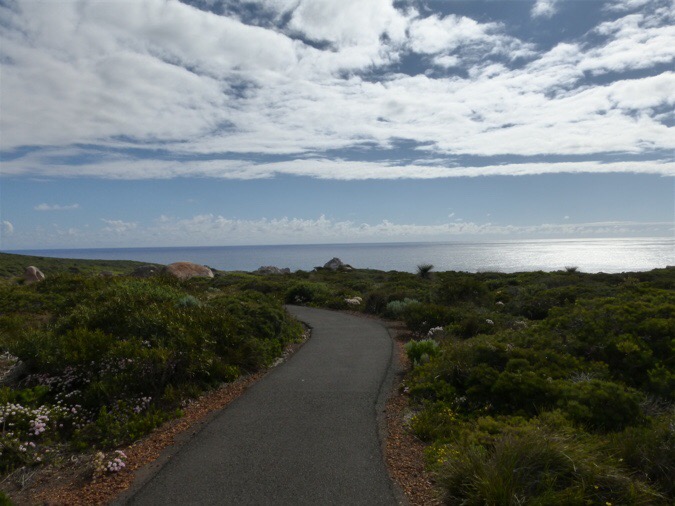 Saying goodbye to the Indian Ocean! 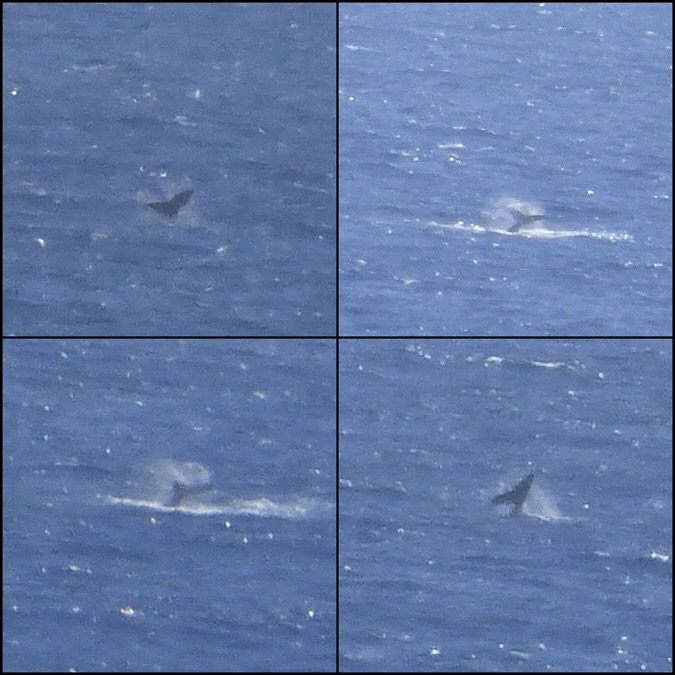 I arrived at the lighthouse at 4pm and did a rush up to side trail to the lighthouse to get a finish photo. I had expected this one to be bigger than the one at Cape Leeuwin, but it was actually quite small. It was free to walk outside of it, but quite pricey for an inside tour. 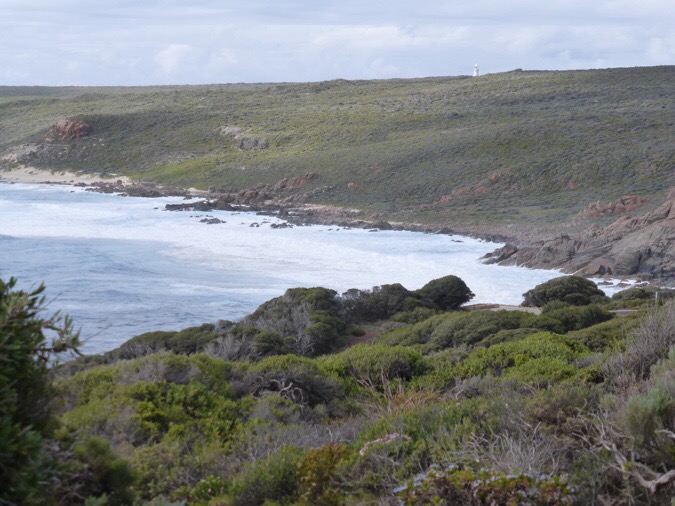 Cape Naturaliste Lighthouse in the distance. 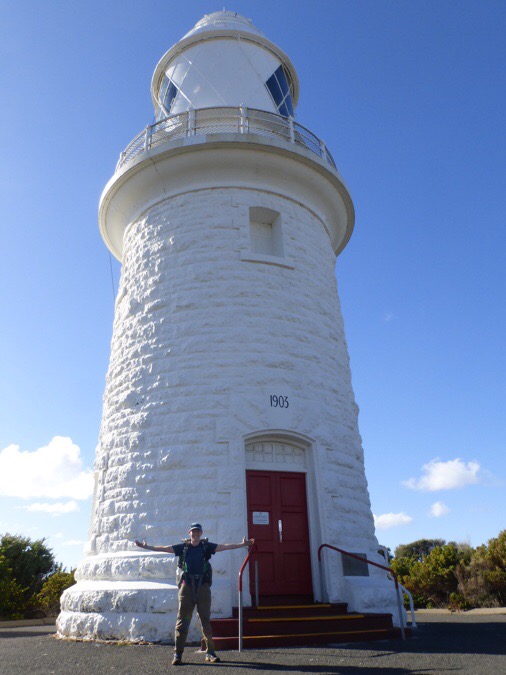 Moira and Michael were there right on time to pick me up and drive me about 15mins to their home. It is bushfire season, and they live out in the bush, so they have been doing some required controlled burning of extra bush for an annual assessment by rangers. Those fires are quite quick when they do come and it’s just part of living out here. Their land is amazing and they even have kangaroos that hang out. It’s a very peaceful place and it was really kind of them to take in a stranger for the night. THANK YOU to Moira and Michael, and to their daughter Kate who follows the blog and made this possible. It’s nice to get some transition time to relax and clean up before heading back to civilization. 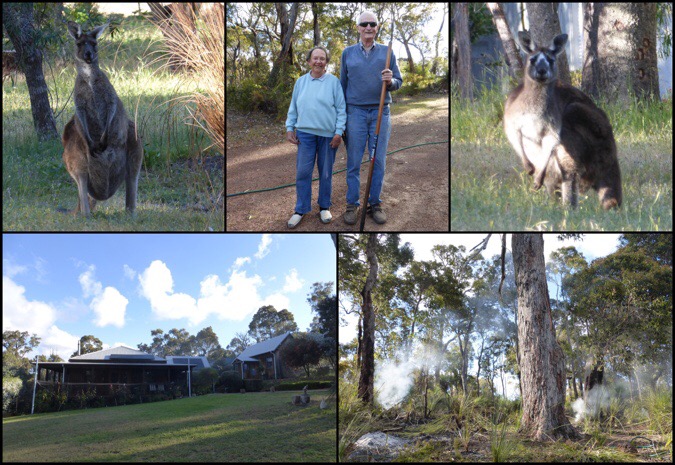 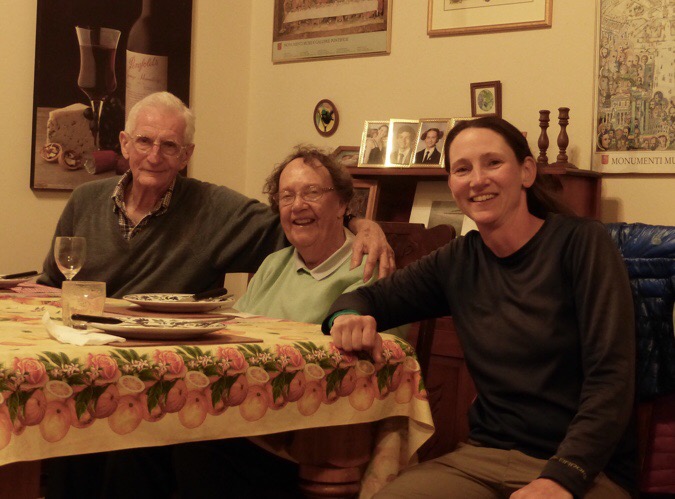 Final thoughts on the Cape To Cape. It was great! Yes, it is taxing terrain so expect slower days, but it’s worth it. As I mentioned, I was drawn to the solitude of it, so if you’re looking for a social experience this may not be it. Yes, there are tons of people out and about and at the viewpoints, but there are relatively few others hiking the full length. I encourage people to seek out camping other than the towns and caravan parks, but I understand the comforts of having water and facilities at the campsites. Having such a grand and user friendly path along such a beautiful coastline is a unique experience that can’t be found in many places with such great weather. Plus, there is no concern for tides, which is almost always a challenging factor in coastal hikes. Yes, it’s a short one, but it can be stretched out to make it as long as you like and it’s is designed to encourage tourism, so it’s possible to do it as a day hike each day and then sleep in towns or caravan parks each day. Also, the guidebook includes a connector trail of about 14km called the Meelup Trail that walks along the coast running east/west from the lighthouse to Dunsborough. The trail markers on the C2C could be more clear and I found it easier to be able to check the GPS track that can be found online. Actually, my base map already had the track marked, so that isn’t even needed. You won’t get lost without it, but it will save you some strife. What a great way to end my Australia hiking! There are many other hikes out here and the few I did were just the ones at the top of the list. I’m sure I’ll be back and the hope is to still have the time and energy to do Tasmania around March when I hope to finish New Zealand’s Te Araroa.

Tomorrow morning is my bus back to the Perth area. Catherine will pick me up and will take me back to Marcus and Nicole’s. I will have two full days with Marcus and Nicole to prepare my things for the Te Araroa. I thought about doing Rottnest Island one of those days, but after weighing the options, it seems that Rottnest is more touristy and would only give me much of what I’ve already seen having already been on the coast for so long. I am looking forward to two full days to organize things for over four months of TA hiking. I seriously haven’t looked at a thing and really have a lot of organizing to do with that.

Then I will leave to fly to Auckland with a 24 hour layover in Sydney where my cousin lives and I’ll do a few things. By the time all is done, I will have had about a 5 or 6 day break from hiking before I start hiking the TA. I think that sounds perfect for recharging before a much more challenging trail ahead. I’ll post again about my transition time once in New Zealand before I start the Te Araroa. Wahoo!