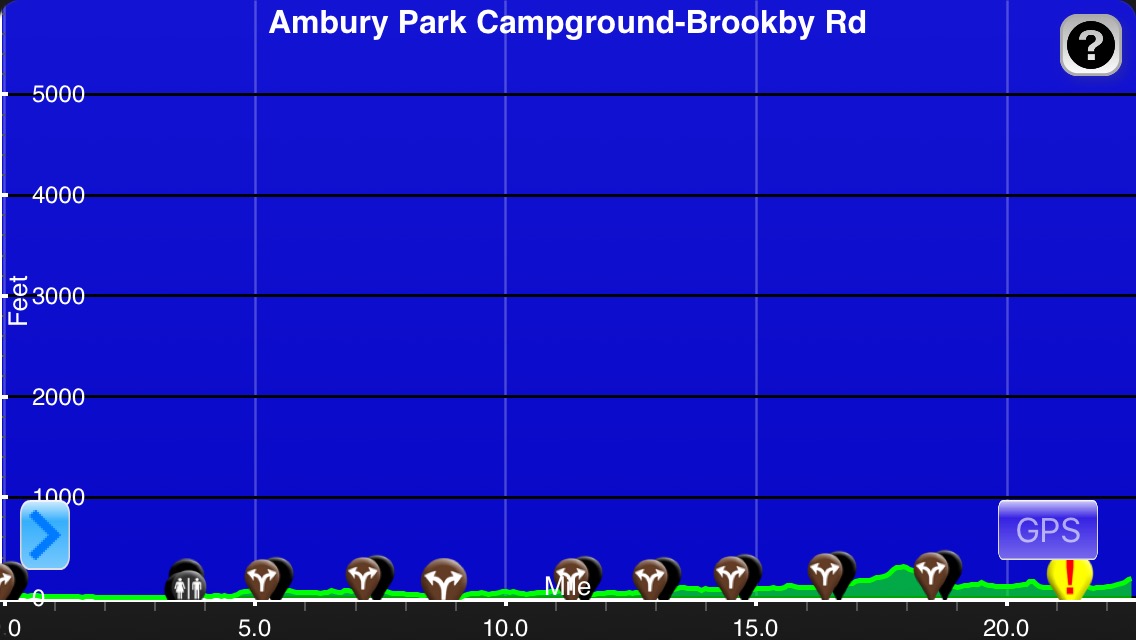 As expected, everything was pretty wet this morning after camping in the grass so near the coast. It hasn’t been cold in the mornings, and temperatures have been quite comfortable the whole hike. I’m really loving that so far, but I know NZ can have wide range in temps and weather. We got going just before 7am and were ready for another flat day with a lot of road walking. It started out nicely with us following the Watercare Coastal Walkway, which went by a smelly sewage plant and some other industrial areas. 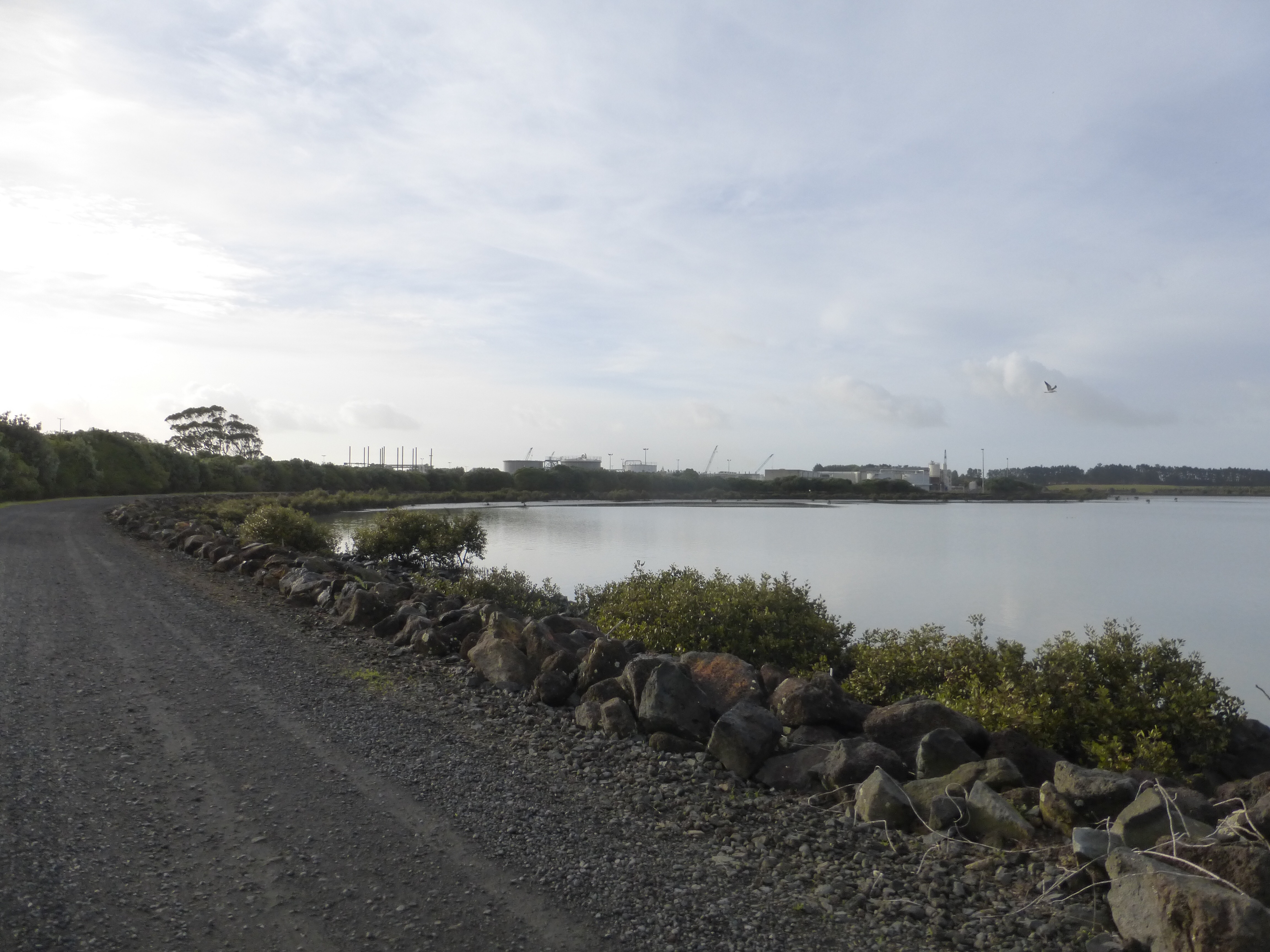 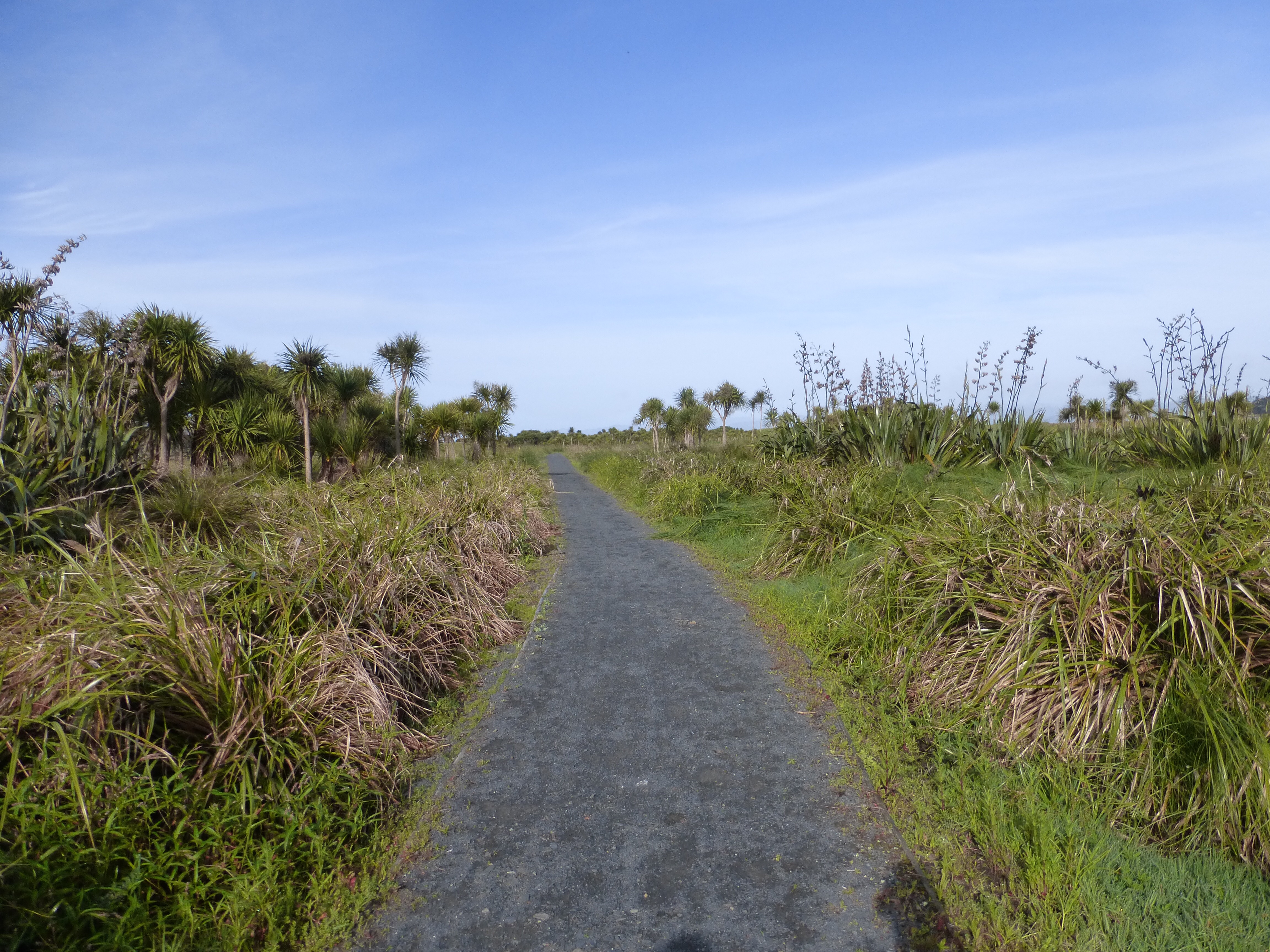 We had two mix-ups in navigation this morning that ate up some time. The first one was that towards the end of the coastal walkway, the signage pointed off the walkway through some tall wet grass. It seemed that the walkway would take us the same way without getting wet or going in tall grass, so we followed that. It ended up taking us away from where we needed to be, so we had to go up through the Otuataua Stonefields, which was just off to the side of the track on the Guthook app. Later, we talked to Angeline (who camped where we did last night) who did take the tall grass option and still ended up doing what we did, so it seems there is a mix up in here somewhere.

The other hiccup we had was a bit later in the morning. For any future hikers, look out for a less obvious turn once on the Puhinui Stream Walk. The trail marker is right on the beautifully manicured path, but points off to the left to indicate that the TA actually goes through a gate and through private farmland. The grass is overgrown, so there isn’t a distinct path, and it is easy to blow right past the turn without noticing it. I even commented about the arrow being odd and pointing the wrong way as we passed it and we totally didn’t see that the trail actually did go that way. I didn’t notice until almost two kms later, and we had to backtrack. It will make more sense for anyone reading this and actually doing the trail. Just keep an eye out for that turn. 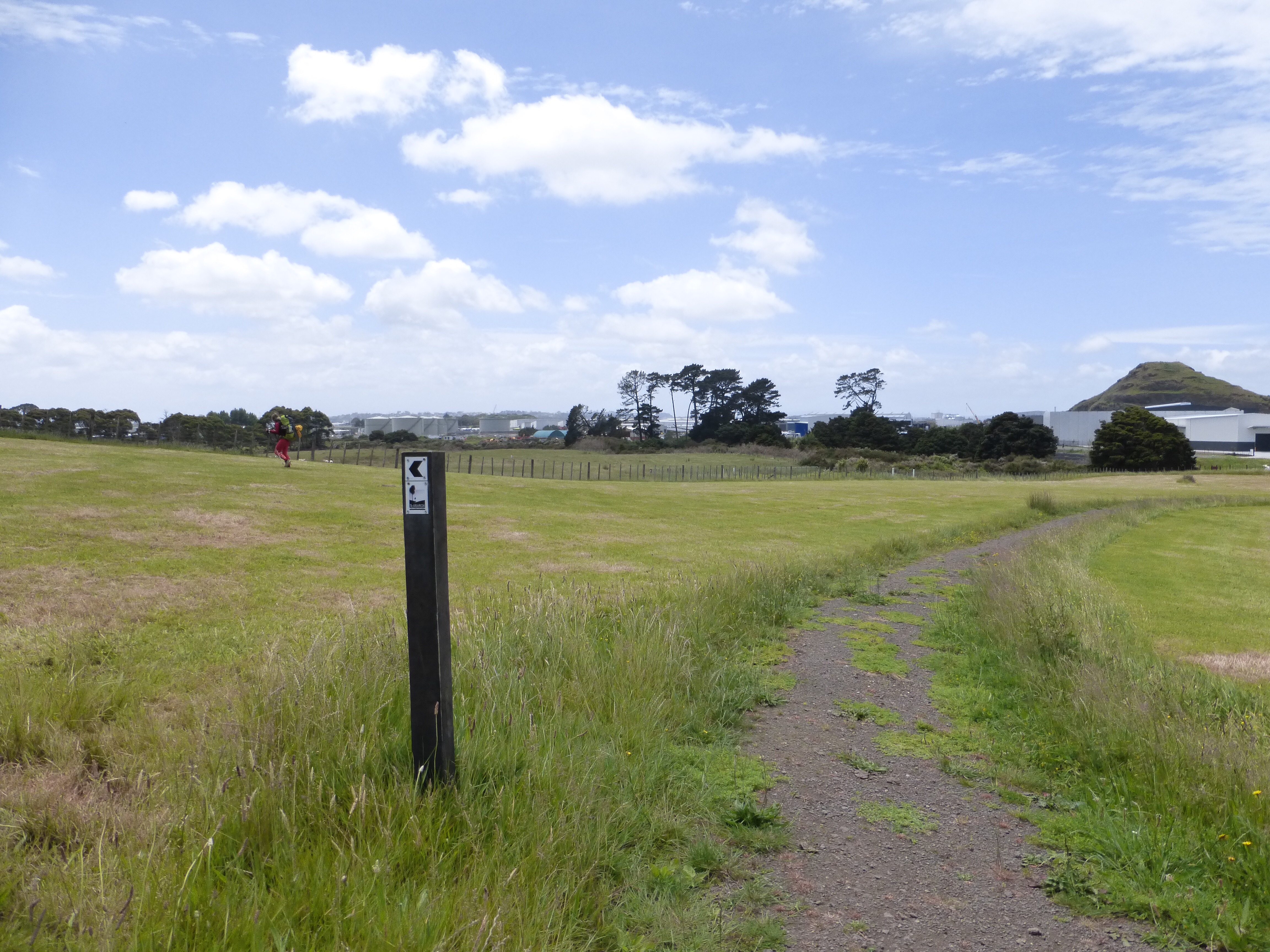 The turn we missed that went left and DOES NOT follow the clear path straight. 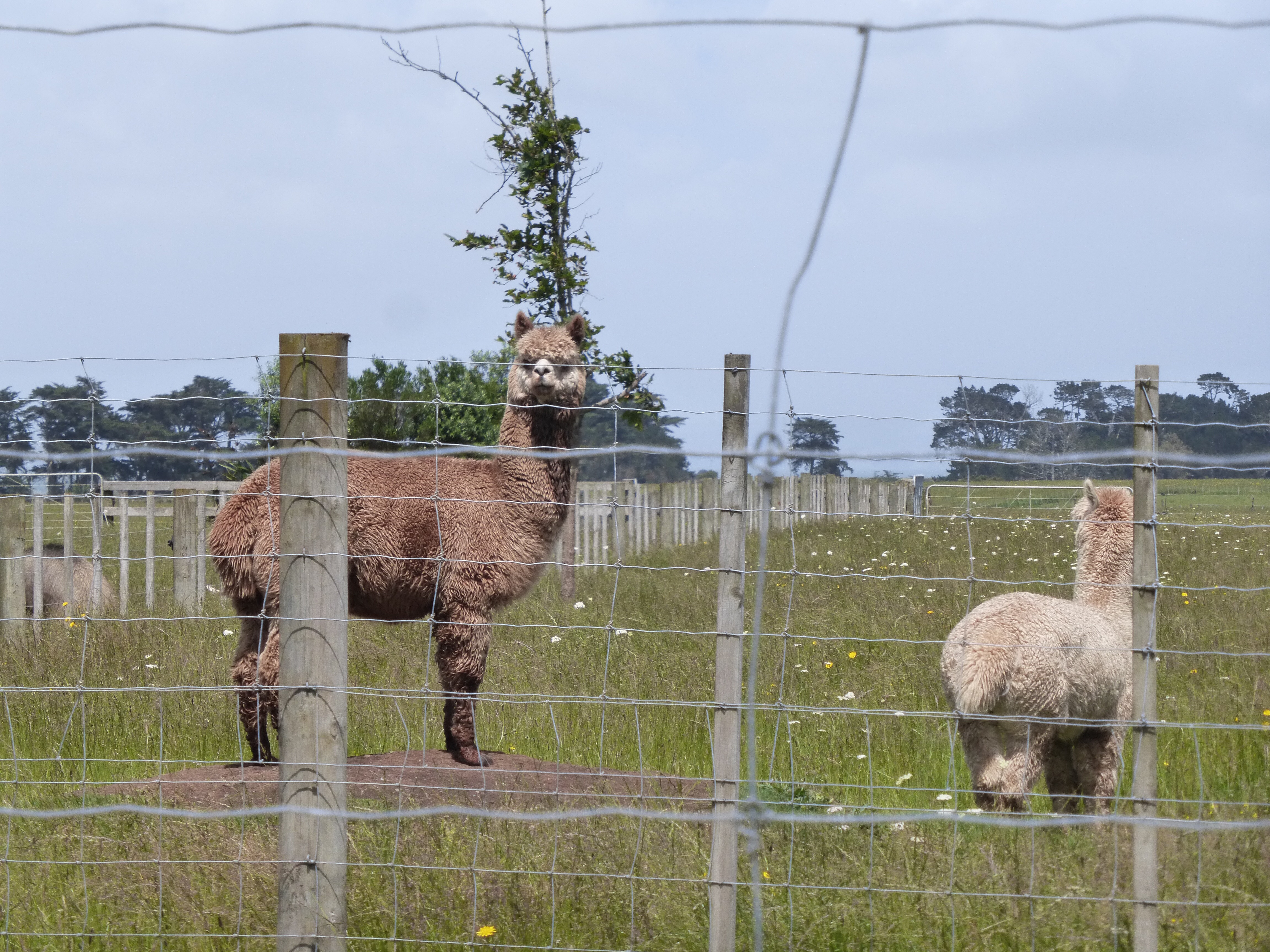 I’ve never seen an alpaca before.

This morning’s hiking left the shoreline and wove in on roads to the Auckland airport. We didn’t realize it was good to be so commercial and we wove past tons of fast food, grocery stores, recreational places, and various other major department shops. I was able to get feminine products (after dropping my Diva Cup down the pit toilet last night), Becky got new and improved headphones, and we treated ourselves to some breakfast in McDonalds. Becky impressively resisted buying any soda and is sticking to her promise to herself that once she left Auckland, she’d avoid buying soda until we hit our bigger towns at the end of legs. Good for her! 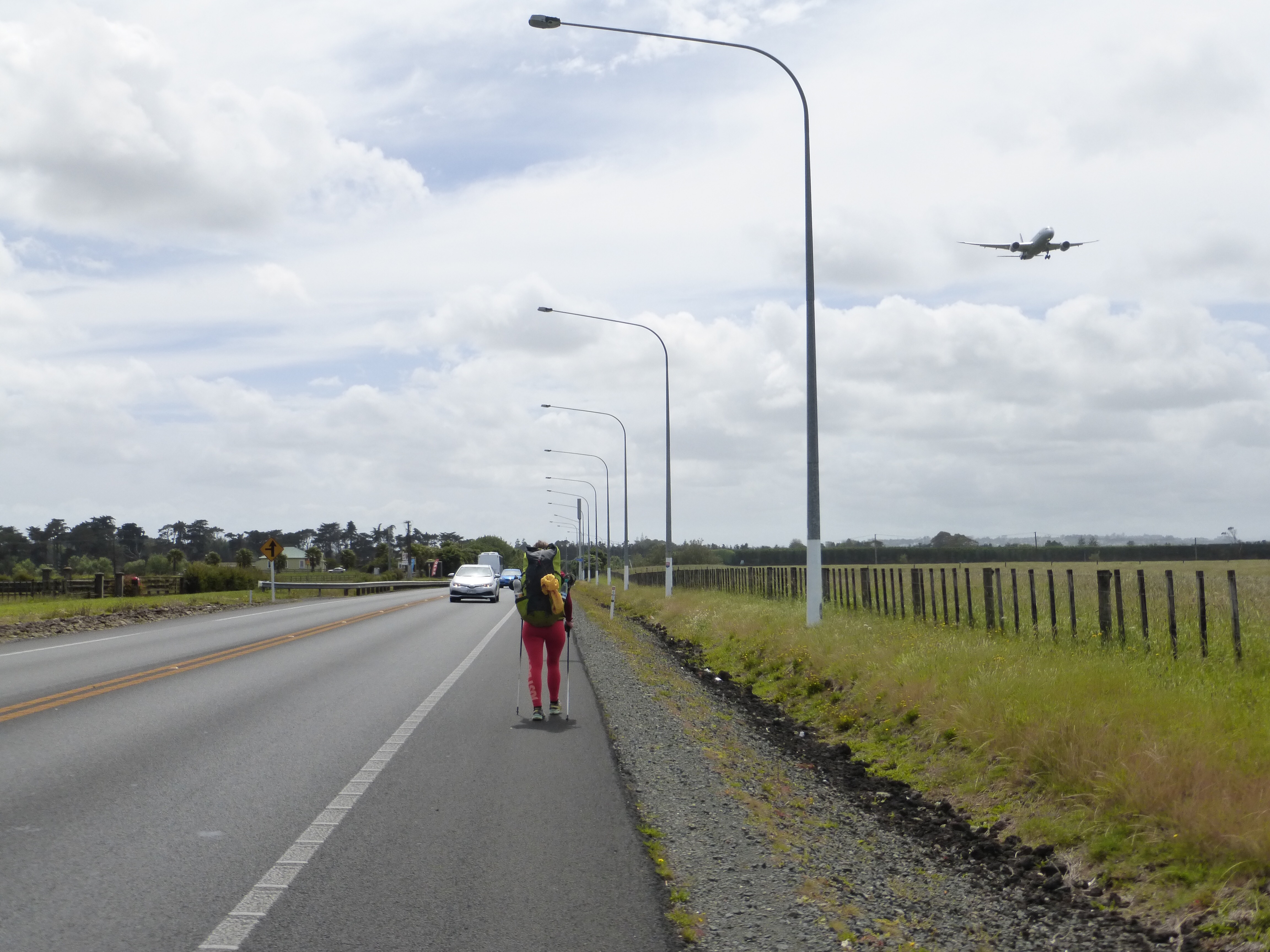 Hiking right by where the planes flew low before landing at the Auckland Airport. 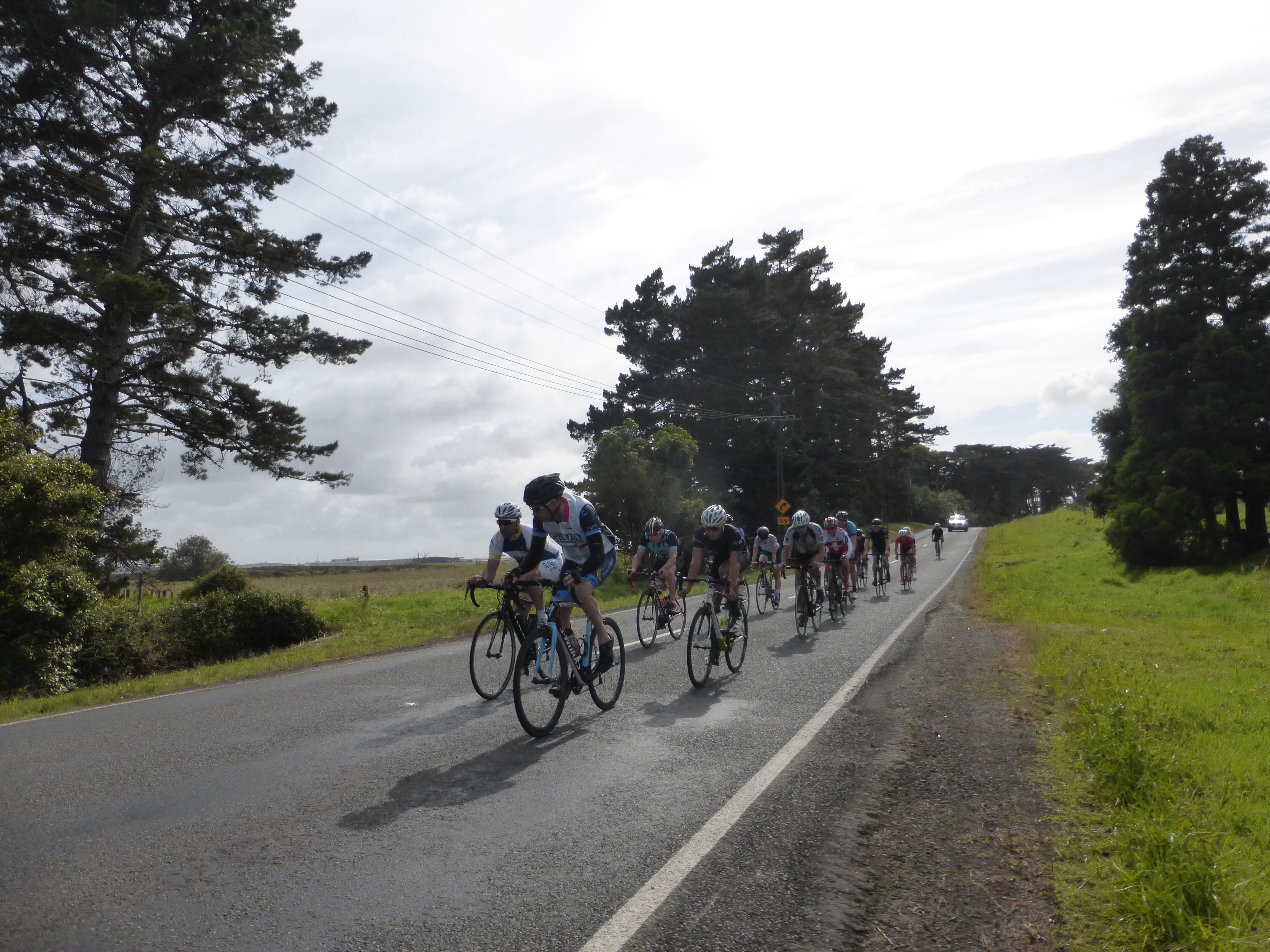 A different kind of traffic on Saturday morning. 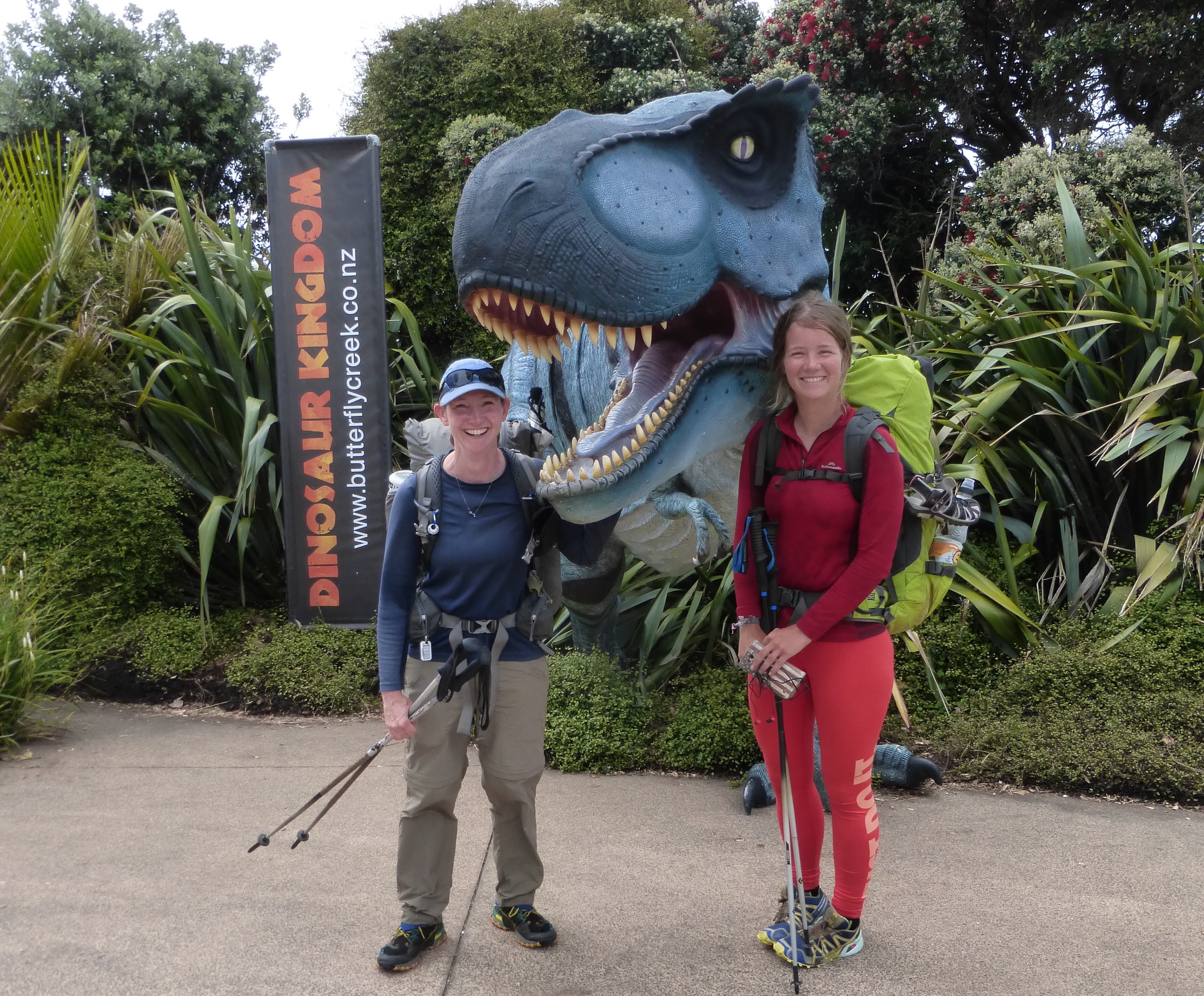 After our shopping distractions and bonus breakfast, we headed out further past the airport along trafficked roads. Most of today was on paved busy roads or sidewalks along those roads. When it came to lunchtime, we were in a pretty congested area, and spotted a shaded bench outside a building that did those emission tests for vehicles. We didn’t know if they’d take kindly to hikertrash outside, but were drawn to the bench in the shade off the busy road. As we started to unpack and eat, a staff member came out. I expected to be asked to leave, and shockingly, she was just coming out to direct us to the water they had inside and the bathroom if we needed it. They had never heard of the Te Araroa, but just saw our packs and wanted to offer assistance assuming we were doing some kind of walk. So nice of them! It was kinda surreal to take a moment and compare this to my prebuilt idea of lunch in solitude on some kind of scenic vista. As a motorcycle roared in front of us and was inspected as we ate, I breathed in the exhaust and jokingly said, “Ah, nature!” 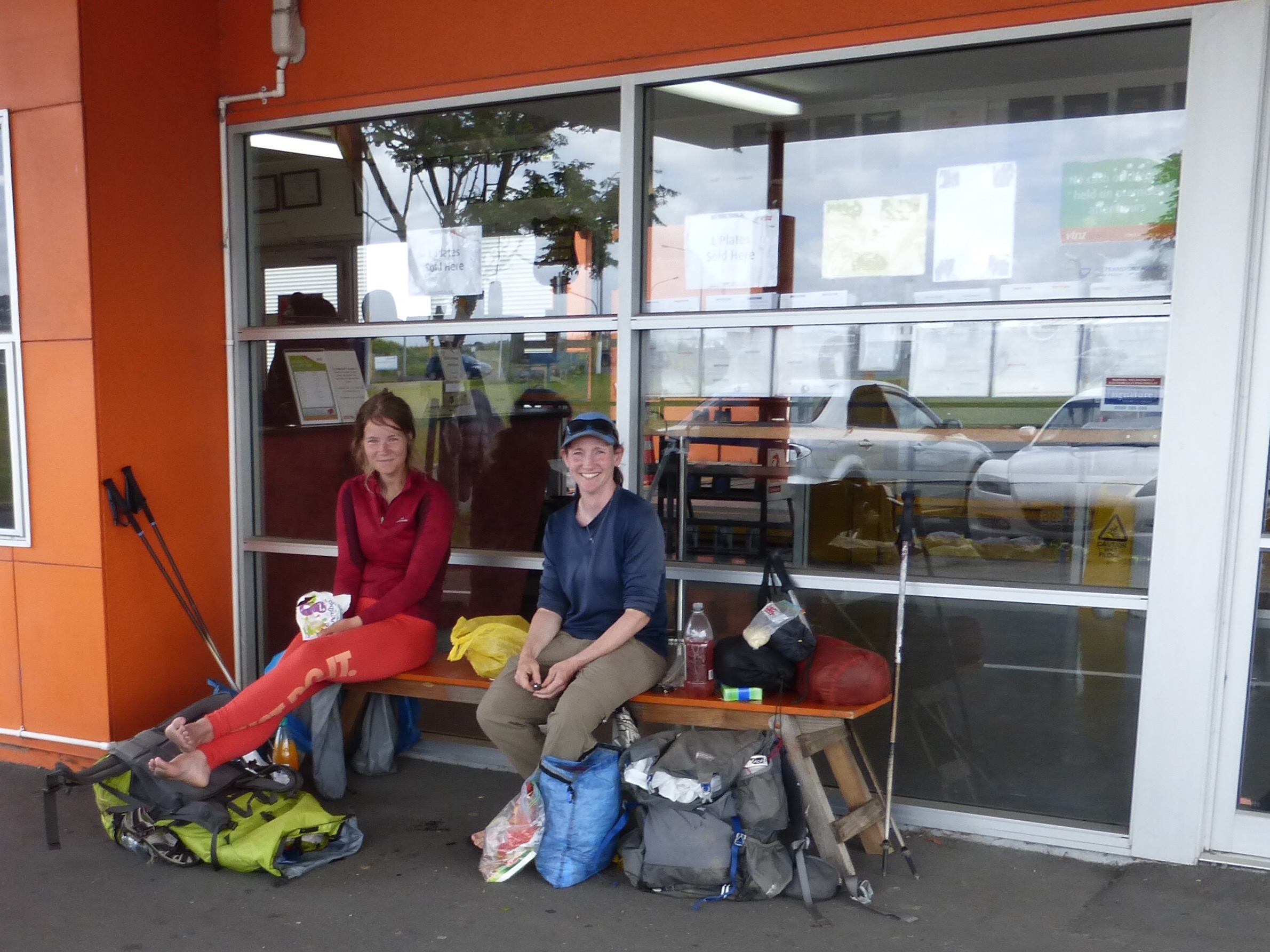 Our lunch outside a vehicle emissions building.

Speaking of people being nice, we had three vehicles today pull over out of nowhere and offer us rides to quite far distances. One of them didn’t even know what the TA was and just wanted to offer a ride. I can see how it can be difficult to do these road walks, especially when people offer unsolicited rides. 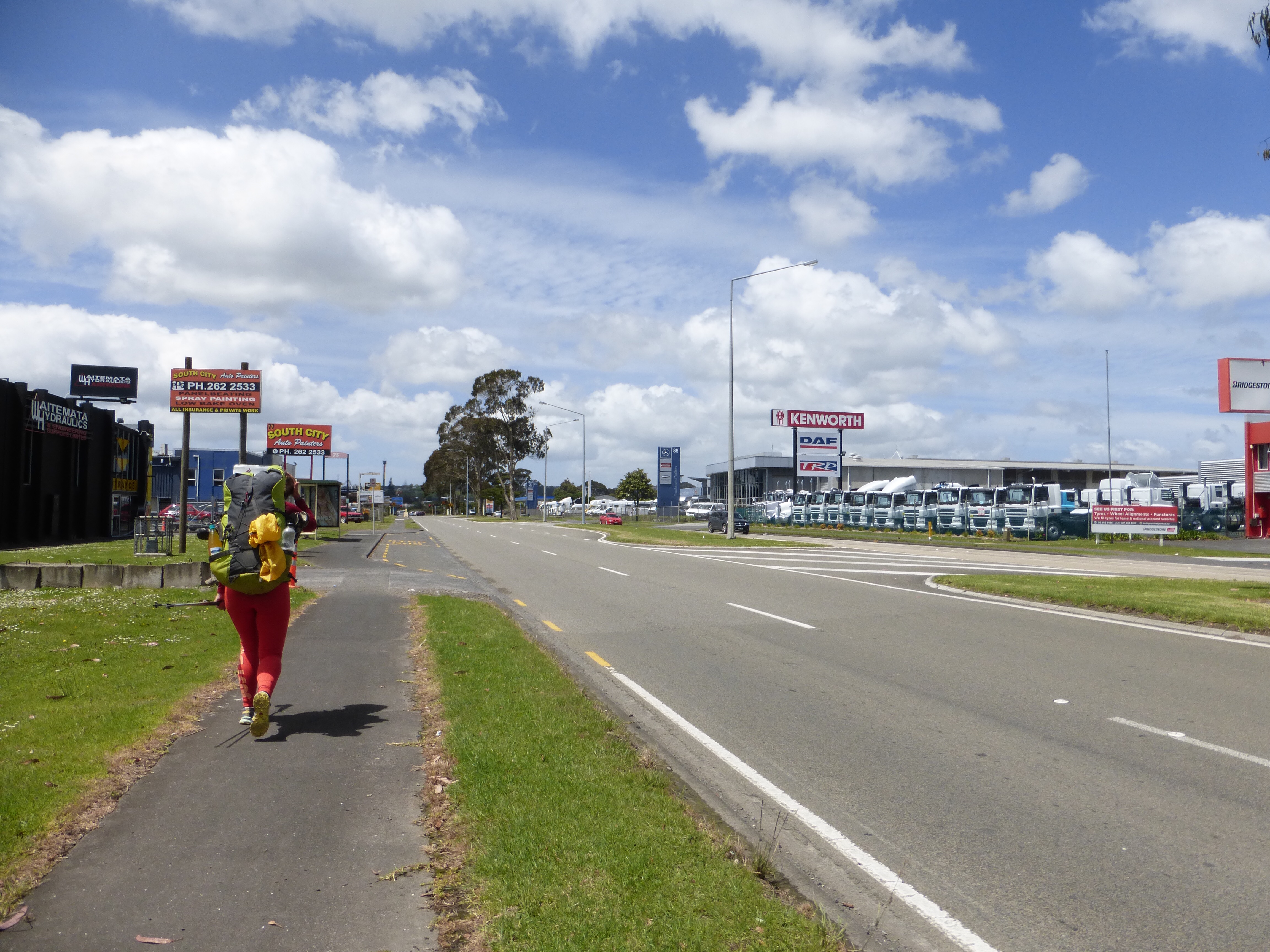 The rest of the day was a mix of road and more scenic sidewalk paths that cut through neighborhoods, parks, or the Botanic Gardens for brief stretches between road walks. It made the day much nicer than anticipated as we expected all of it to be a busy road. Yes, most of it was road walking, but it was nice to break it up a bit and get off the road for bits. 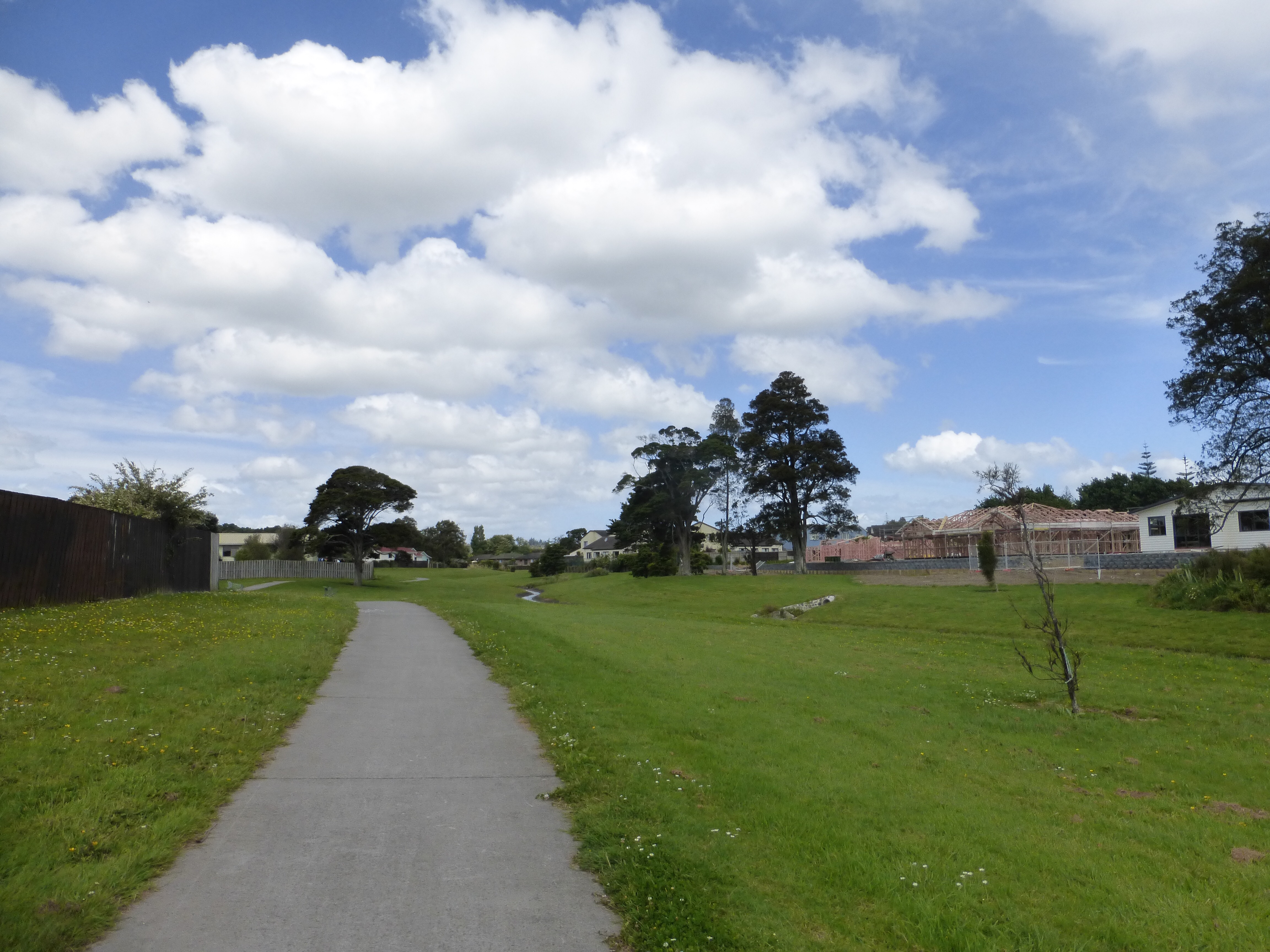 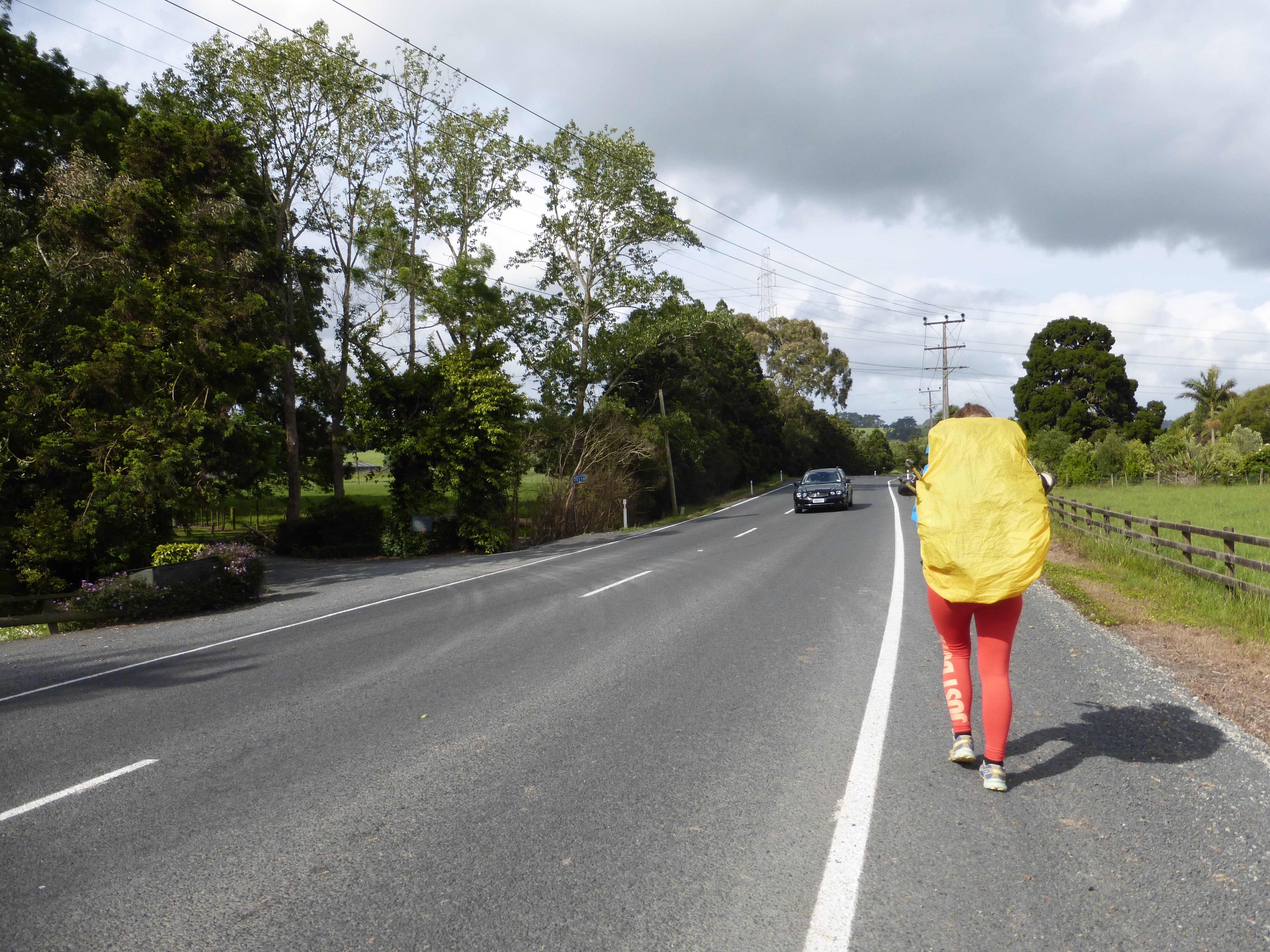 Ending the day on a busy road with little shoulder.

There really is no option given to camp in this stretch, so we figured we’d see where we landed in the evening and play it by ear. When the time came, we realized we were going to be along a road with homes every so often and some rolling hills and farmland. We decided to just go with it, and once 5pm rolled around, pick a house and ask to camp in their yard. We came upon a really nice property that actually had two homes and a shed on the grounds with a really nice walk through garden. The property was for sale and we weren’t sure how they’d feel about tents in the yard, but it looked cool, so we thought we’d give it a try. It turned out to be a South Korean couple that was really kind, and they said yes. They said they had been asked before by a group of guys that they turned down and later felt bad about that, so they now were more open to the idea after realizing it was a path and more common occurrence.

They have tons of family and friends come to visit, so there are multiple families on the sprawling property at the moment. We are next to a converted shed that they use as a mix of a house of worship and playing music. When we arrived, teenagers were in there with music up on a big screen, and they were playing songs that were in Korean and related to the Bible. We were told we could camp outside this space in the grass and even use the restroom there to shower. A shower! It was the perfect setup and we shared the bathroom with some of the others in the second house. Soon after we got there, Angeline walked by who camped at the same campground as we did last night and also joined us tonight. She will probably also camp at our hopeful destination tomorrow, but likes to get a later start, so we won’t see her during the day probably. She plays the piano and it was fun to hear that some tonight as well. 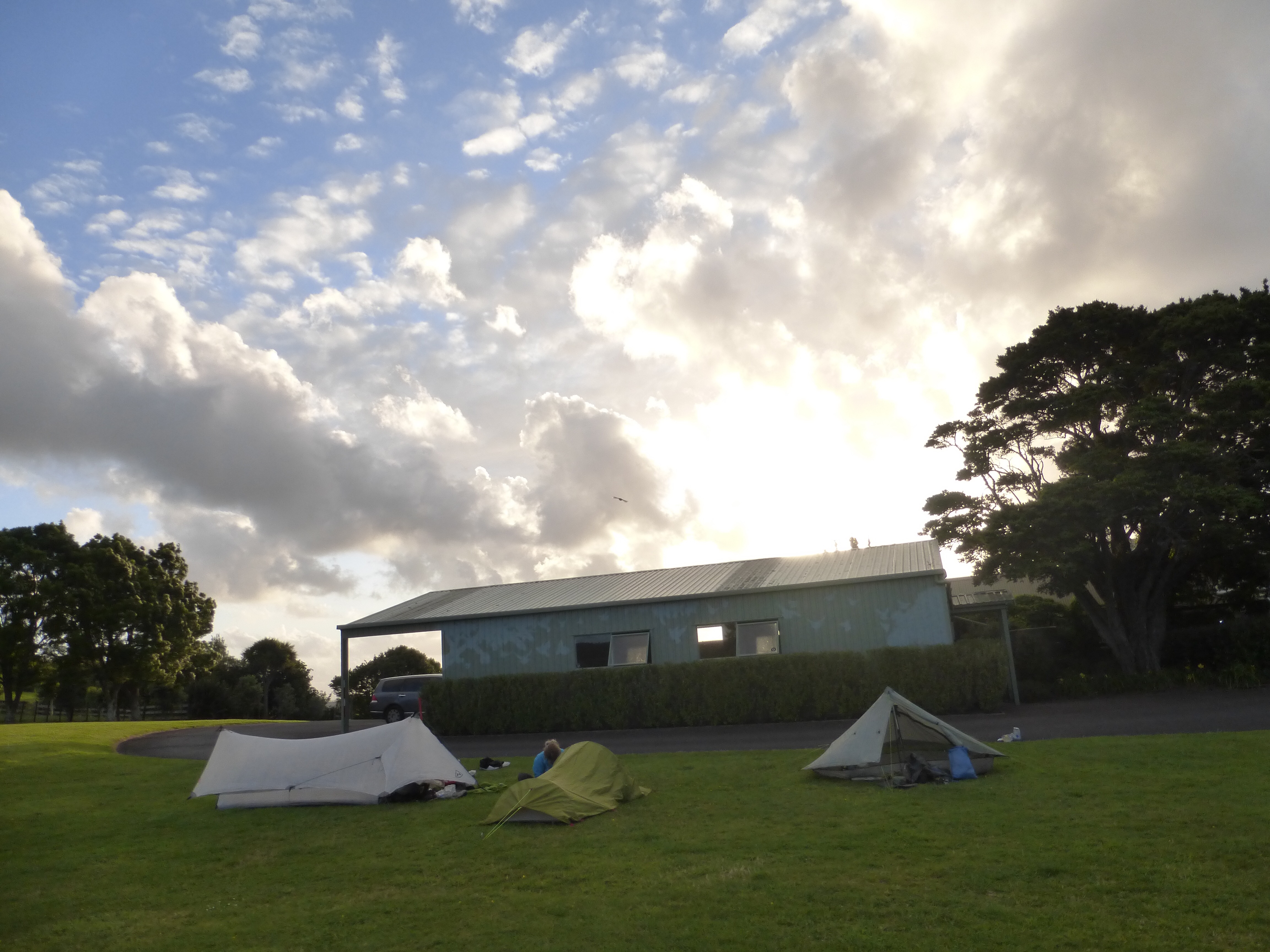 We had finished around 5:40pm, and it was nice to have a relaxed night with a nice view. It almost felt like real camping if I pretended to not be next to a busy road and really nice house, ha! I am hopeful for a nice sunrise tomorrow morning. I’m missing sunrises and sunsets out here! 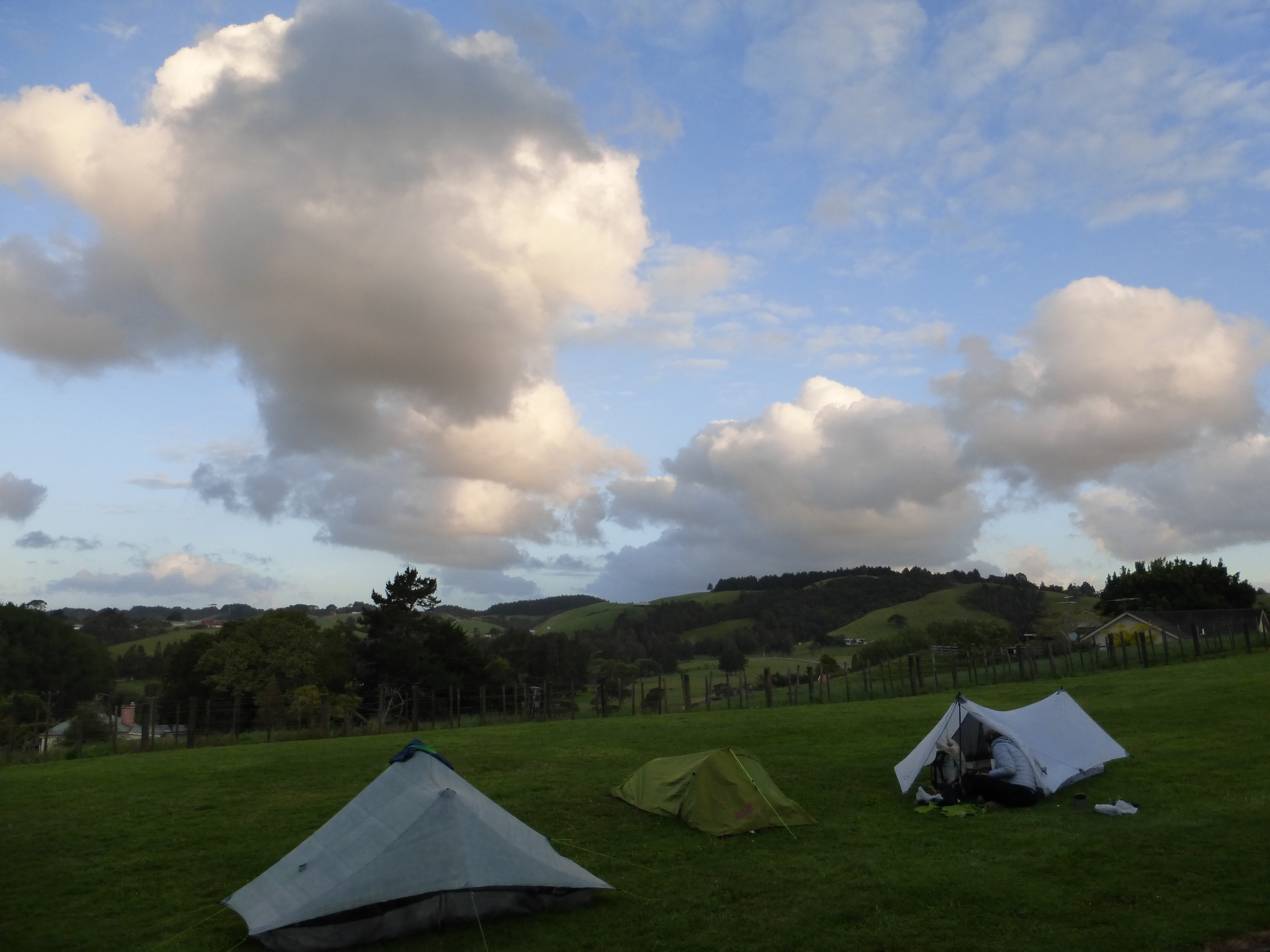 The only other thing worth mentioning is our feet. They got really soaked and pruned yesterday in the rain all day. Our shoes and socks were still quite wet, and with additional wet grass this morning, they stayed wet until lunch when we could dry them out. Combining that with all the paved road and sidewalk walking has not been good for either of us. Becky’s feet are quite sore, and I developed a blister under the ball of one foot. It was small, but significant enough to make walking uncomfortable. I was able to pop it at lunch which helped, and then I fully cut it open tonight so it won’t fill with liquid again tomorrow. This strategy tends to work for me so we’ll see. The only worry is that rain is possible on and off for many of the upcoming days. I can tell my feet need a day or two to dry out and not be so sensitive, so I hope that if it does rain, the feet don’t get too soaked. If they do get soaked, I hope that it isn’t combined with lots of road walking, which is more painful with feet that are really pruned up and wet for an extended period of time.