Day 24: It’s Always Something Out Here 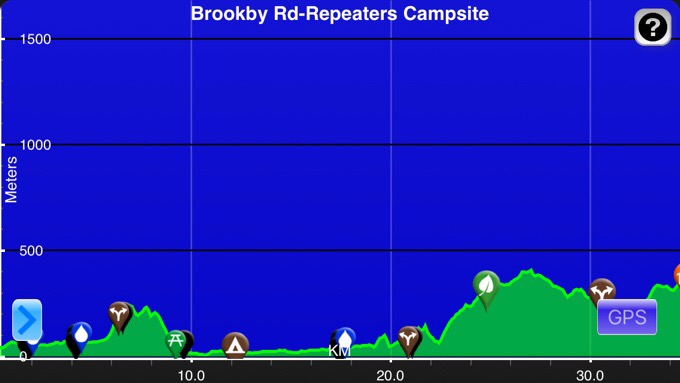 Today was one of those days that so many different things happened that it felt like multiple days in one. I swear, a relaxing meditative day is hard to come by on the TA. There is always something (or multiple somethings) that are either expected or come unexpectedly. Today was no different. Becky and I set off just before 7am to finish up the final couple miles of road walking. We were fortunate that we did this particular section of road walking on a Saturday night and Sunday morning. This road is known as one of the more dangerous road walks because there is often a lot of traffic during the week going to and from a quarry at the end of the road. This morning was actually quite peaceful with few cars. Although, the few that did drive by were going well over the speed limit. 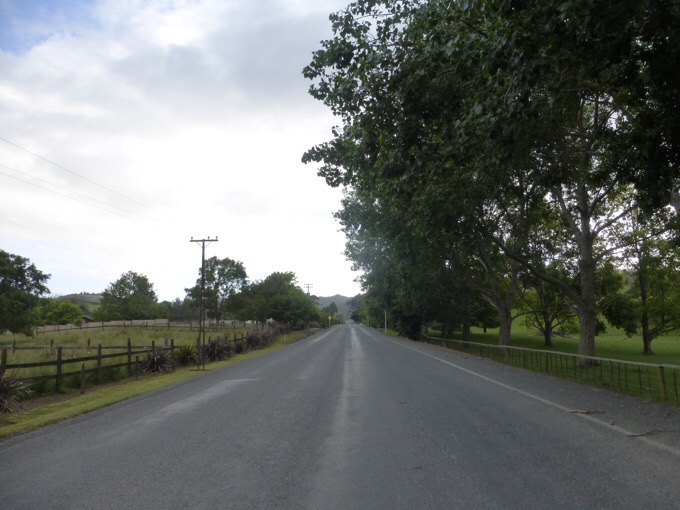 We got on the Kimpton Track, which started off with some steep uphill through some tall grassy farmland. It was just a few miles long, but it covered the full range of terrain. Everything from flat and clear to steep and bushy. We came upon a solo woman TA hiker from Sweden named Lisette, but didn’t see her again after we passed her. 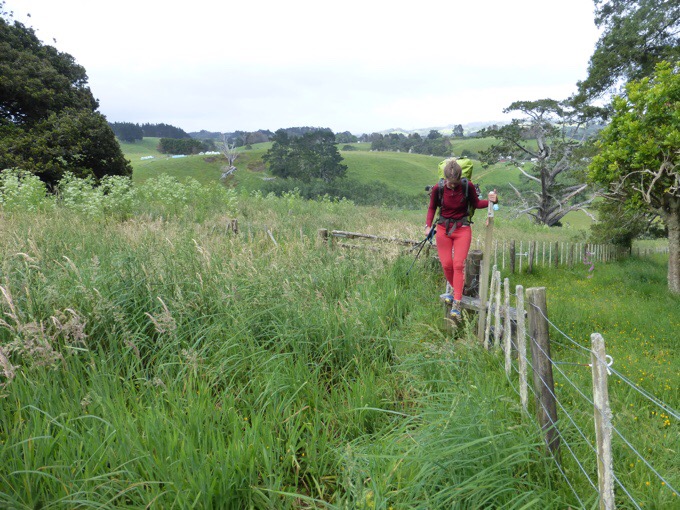 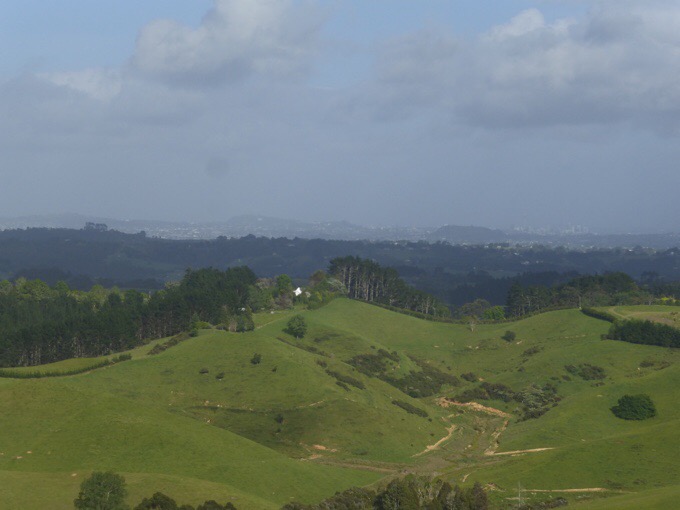 As we were walking, it suddenly hit me that I left something essential back at the house that we camped at last night. It was my iPhone cord and plug! Shit! I had it with me when I unplugged it this morning and managed to leave it on the couch where I had sat down to do some things on my phone before we left. Ugh! 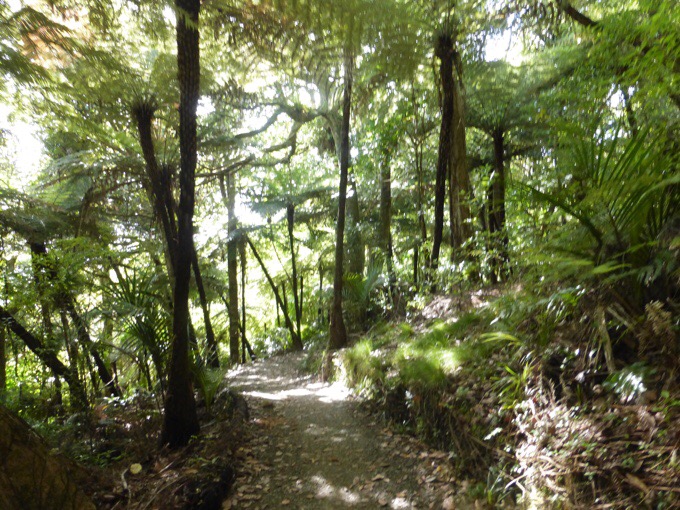 I knew Angelynn had left maybe an hour after us and there was a chance she saw it and grabbed it for me. The problem was that we hadn’t exchanged phone numbers. I left her a note on the trail to text me either way and decided that I was going to have to hitch back to the house to check for myself if I didn’t hear back by the time we hit the trailhead (and the town of Clevedon). Since it was Sunday morning, many were out and about when we hit the trailhead. I asked a couple (Tony and Shelly) that was leaving, and they said it was a quick drive and that they’d be willing to take me there and back, whew! 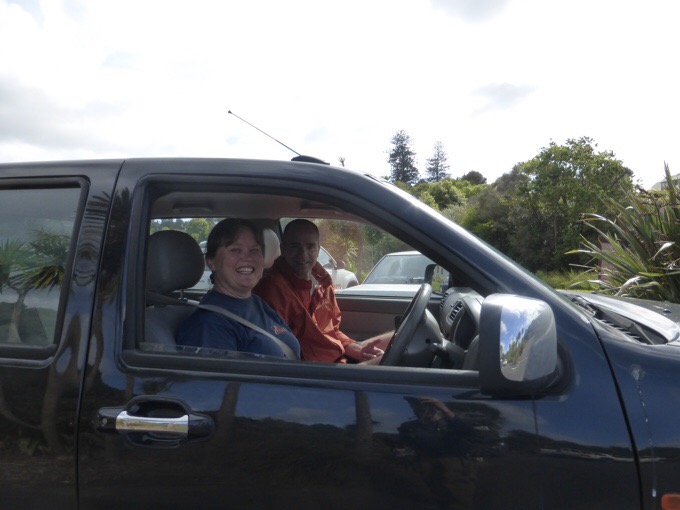 I hiked through the cute town of Clevedon and they were setting up for their Sunday morning market. I saw Heartbreaker, a solo male TA hiker from Germany we’ve crossed paths with recently. It seemed that all of us were headed for a big day to reach a shelter with campsites tonight. I said bye to Heartbreaker and we leapfrogged throughout the day. 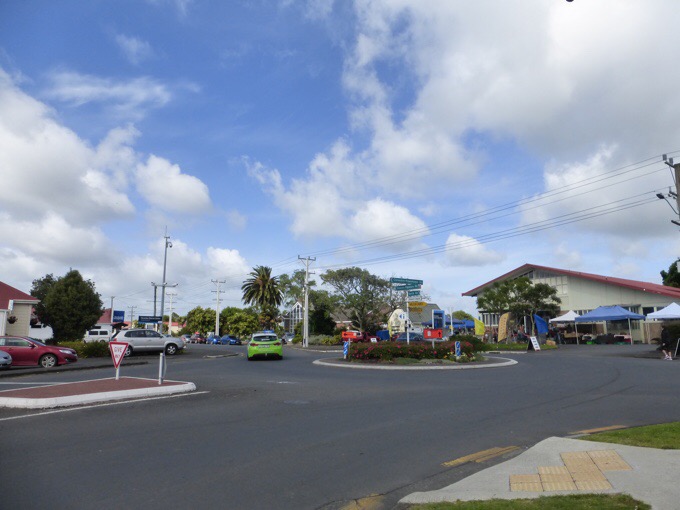 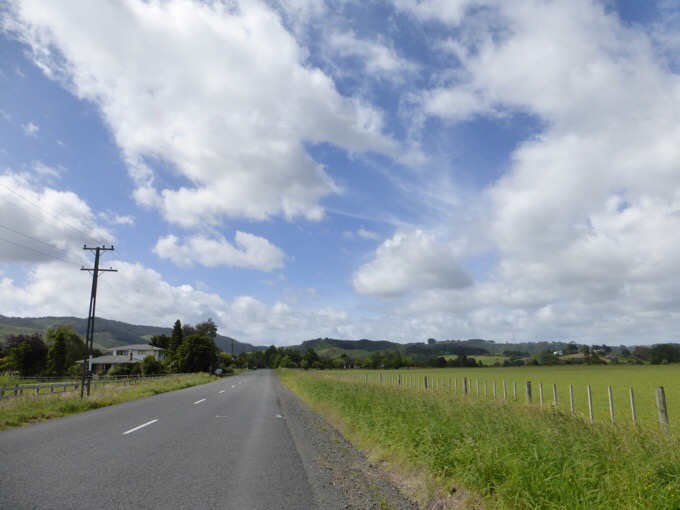 There was an hour or two of remote road walking before I reached the Wairoa River Track. I had shifted into a higher gear and was able to get a good pace going to catch back up to Becky for lunch. The Wairoa River Track was really enjoyable. The beginning paralleled the river and was only slightly muddy. It felt like the most real trail I’d been on in awhile. It was quite relaxing to be along the river and on a path that didn’t require all my focus and energy to stay upright. 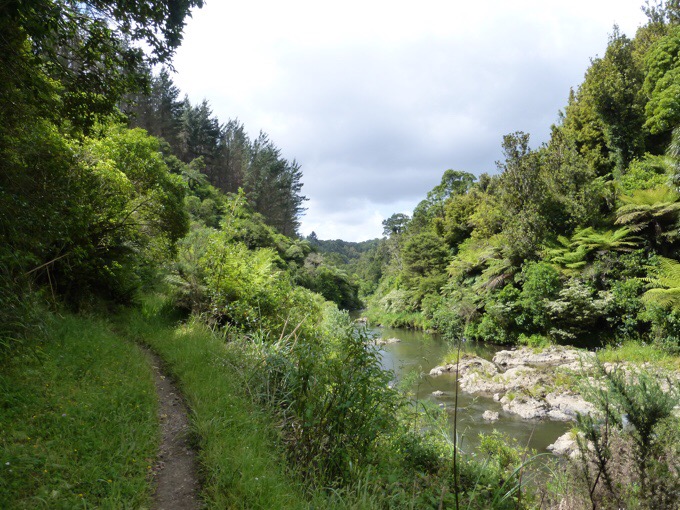 I did get to Becky before lunch and we stopped just after the track. The clouds were getting darker and we knew some afternoon showers were forecasted, so we stopped to eat before the rain might come. Heartbreaker came towards the end and joined us while he started his lunch. I am in lunch heaven because I now have my Crystal Light drink mixes I’ve been missing from the US. I had a package of things sent over from the US to Auckland and one of the items was a whole bunch of Crystal Light Raspberry Lemonade drink mixes. I have a bunch I have sent ahead for every few weeks on the trail. 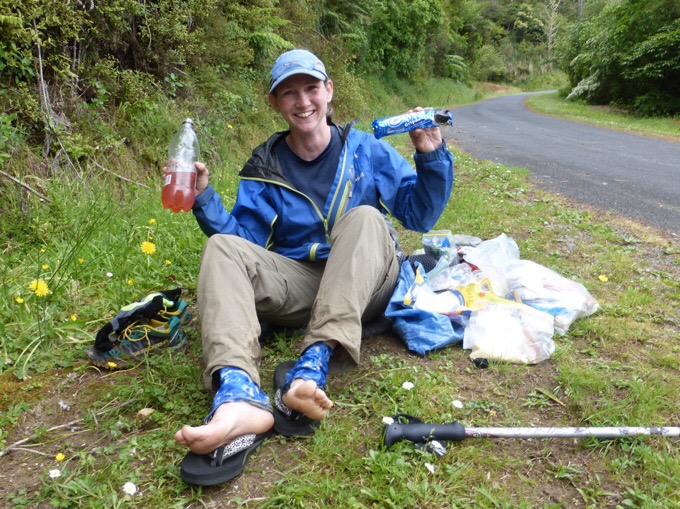 Happy with my Crystal Light and Oreos at lunch.

Becky wanted to get a head start on the climb in the next section, so she left a few minutes before me. We agreed to meet at a side trip to Hunua Falls not too far away. I headed for the falls and realized there were many turns, loops, and options around the falls and that it might be tough to find Becky in the Sunday afternoon crowd. I asked around and no one had seen her. I figured she made a wrong turn and waited for 10mins or so before heading back to the TA. When I got back up the trail a bit, she was there. Yep, she had missed the initial turn off the road after lunch and went almost a km past it before she realized it and turned around. She said she’s never ran so fast since she knew I would be looking for her. I was glad she made it and that we were able to get our photo together at a fun frame near the falls. 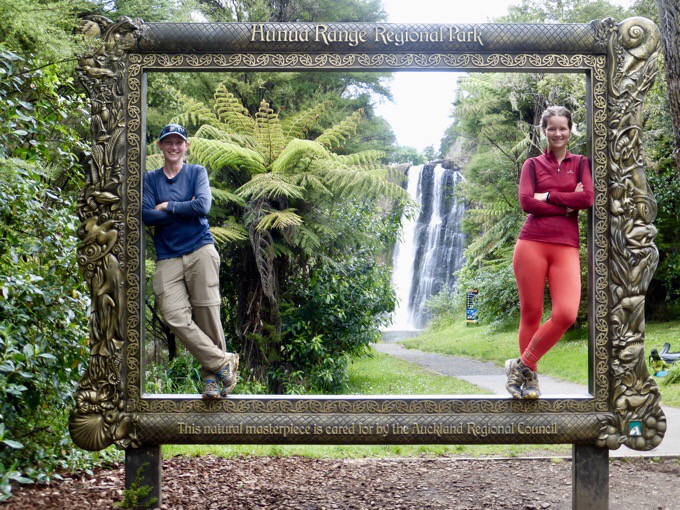 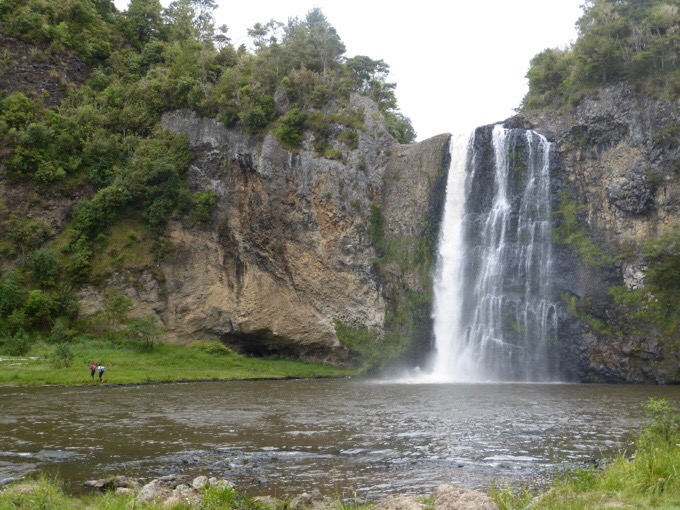 We headed out around 3pm and had about 6mi/10km left. The trail around the falls had been amazingly wonderful. Some of the best trail we’ve had yet! We cruised on it for about an hour until it turned on to the Wairoa Cosseys Track. The estimated time to do 3.5mi/6km was 3hrs. That’s when we knew something was not going to be good. We almost immediately hit the slip ‘n’ slide of muddy trail going steeply up and down. It was terrible timing at the end of what would have been a long day even on a clear track. Argh! 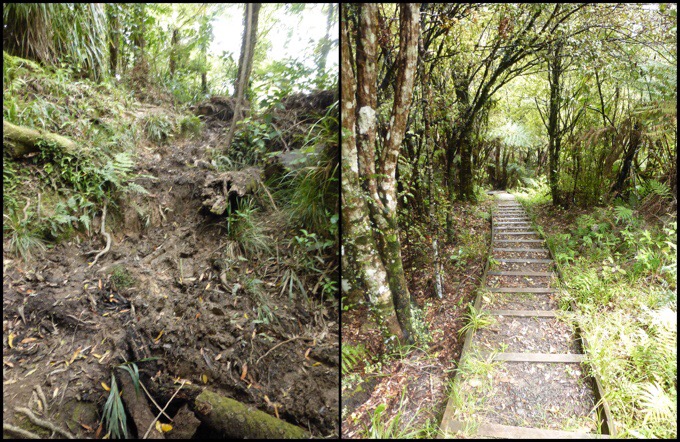 Photos never do the mud justice.

Becky told me to go on ahead and that she’d meet me at the shelter knowing I tend to be more agile in this stuff. It was really slippery, squishy, slow going mud and it was difficult to stay upright. It lasted for over an hour and it rained for much of it. It was quite taxing and I fell just once on a super slick downhill. I reached one of the final intersections and double checked the GPS line briefly since there were orange arrows going all ways. I thought I had it right and headed forward seeing another pair of backpackers ahead of me. It was the brother sister duo of Paul and Jude and they were also headed to the shelter just 2mi/4km away. We chatted as we cruised down some finally clear trail until he crossed a suspension bridge and a trailhead. That’s when Jude noticed we took the wrong trail and were off track by .5mi/1km. Dammit! Somehow we all did the same wrong turn. Fortunately, there was a way back up without adding too much more, but we missed a dam in the 1km of the TA that we missed that supposedly had a nice view. 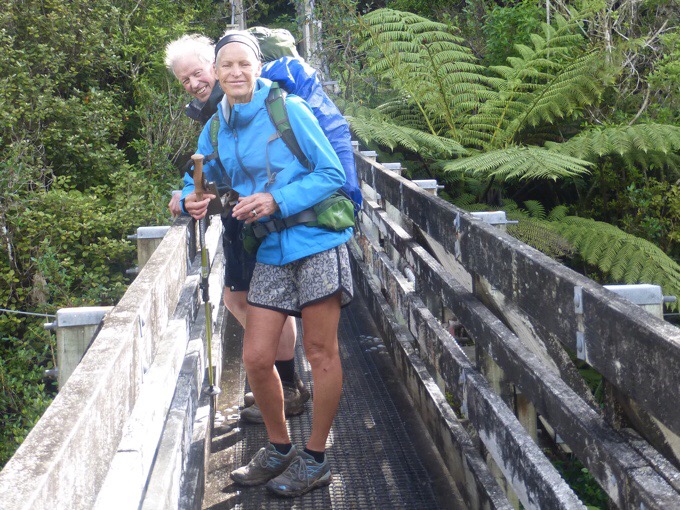 Paul and Jude on our unintended suspension bridge side trip.

At this point, I just wanted to get to the shelter which was a good 40mins away and up quite a climb. Paul and Jude said they’d see me up there and I pushed on up the climb. There was a great view of the river leading to the dam on the way up. 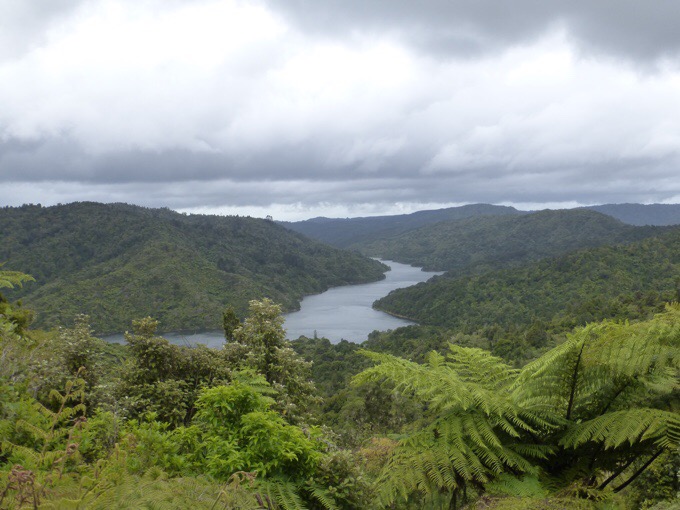 When I got to the shelter at 5:40pm, there was one solo female there, Victoria from Italy. There were only four beds, and I felt bad taking them from Paul and Jude, so I saved one for Becky and let them have the last two. I realized I could sleep on the wood intended to be a countertop. It was just three boards thin, but I fit just fine and I tend to not move much at night.

Over the next two hours, everyone else trickled in as the rain poured down pretty hard. Becky, Heartbreaker, Angelynn (with my phone cord and plug!), and Lisette. We all felt bad for one another and did our best to make room in the shelter for everyone to a least eat dinner. Many made wrong turns in the same area as well, and had a longer end to the day. It was quite tight and everyone was really kind, had a good sense of humor about ending the day in rain and mud, and were sociable. It’s really so unique how thru-hikers bond so quickly and can seamlessly live together at times. 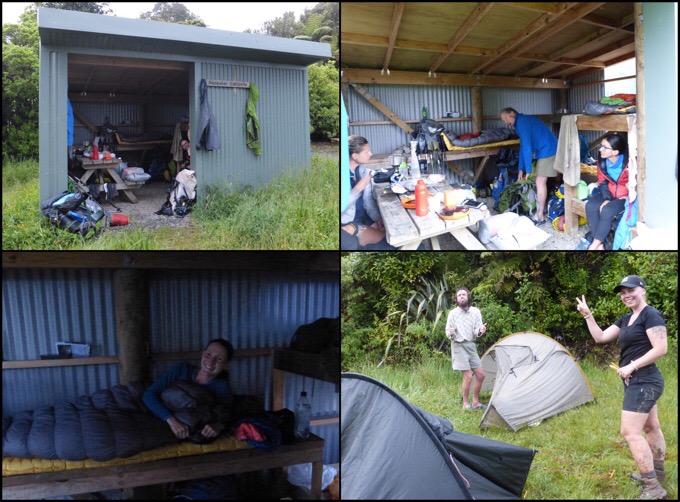 So we ended up with Heartbreaker and Lisette out in tents, Becky, Angelynn, Victoria, and Paul on the bunks, Jude on the picnic table, and me up on the counter. It’s now 10:30pm and I’m hoping I don’t regret this decision to be in the shelter. It’s super warm and cozy, but six people in one tight space means someone is always moving (or snoring). I specially asked if anyone was a snorer or restless sleeper and I didn’t get an honest answer from one. Had I known, I would have set up my tent. I won’t even mention some of the sounds coming out. Let’s just say I’m wide awake and shouldn’t be. I may need my white noise app and headphones. It’s cold, windy, and foggy (like in a cloud) outside, so this may still be a better option than being in my tent. Whew, what a day!