Day 54: A Solo Day To Recharge 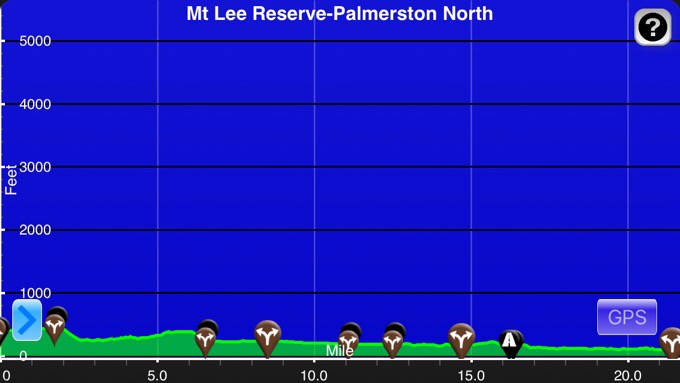 I woke up at 5am with the birds like usual. I still had the strong urge to get some solo time, so I decided to pack up and head out. I wanted to get some space to walk leisurely before the group got going. I ended up leaving before anyone woke up at 5:45am. Everyone in the group seemed to have a different plan for today, so we knew we would be spreading out. I messaged Becky and let her know where I’d meet her at the end of the day in the town of Palmerston North. She would walk with Frits who had plans to head to Auckland from Palmerston North for 11 days off trail to hang out with a friend visiting for New Years.

Today was another day of road walking. It was mostly paved, so my body was feeling it much more than yesterday’s gravel roads. 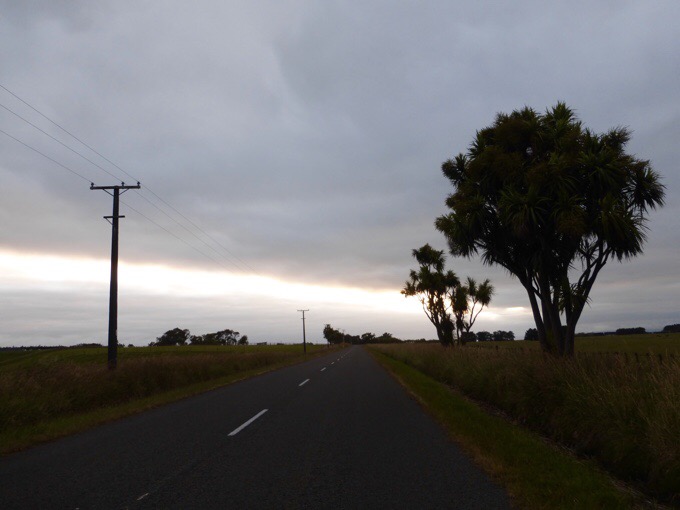 It’s been a good month and a half since I’ve had some solo time to walk. It was much needed for me to reset after being around such a large group for such an extended period of time on the river. It was just what I needed and I felt the exhale of all of it immediately. Anyone that knows me knows how draining large groups can be for me. The people I’ve been with the last couple weeks are actually some of the nicest people I’ve ever met on trail, and I have appreciated spending time with such great people. The solo time is nothing against anyone. It’s just what I needed to reset and recharge. 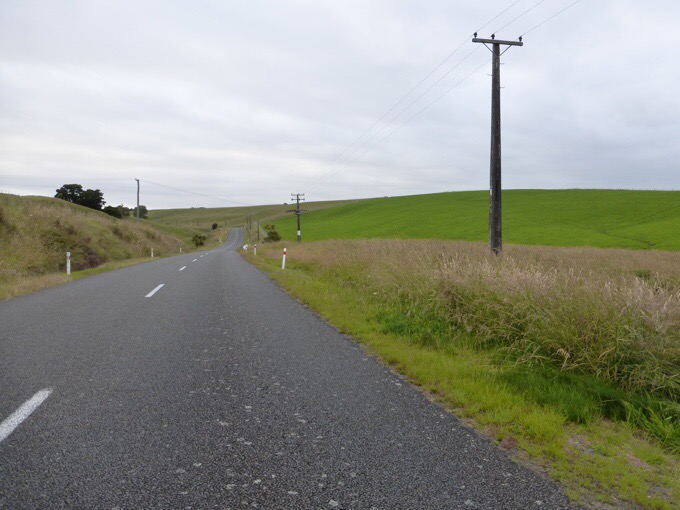 I actually spent much of the day in silence just walking. Much of the walking was on little used roads, so it was nice and quiet. The road walk was uneventful, but I welcomed that to really zone out and just decompress. 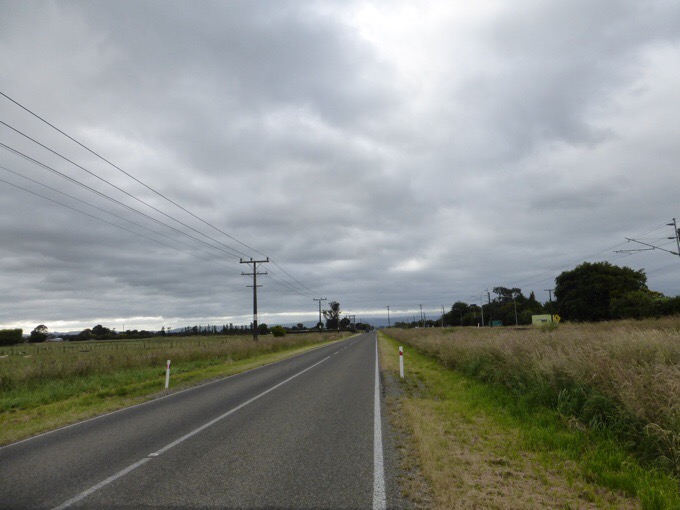 I’m keeping this entry short as I really want today to be restful, so I’m glad that it was uneventful and I have less to write about. There was one classic TA stretch where the road came to a dead end, and for 15mins or so, I had to go over stiles and through tall wet farmland grass just long enough to get wet feet before being spit back out to the road. Classic. 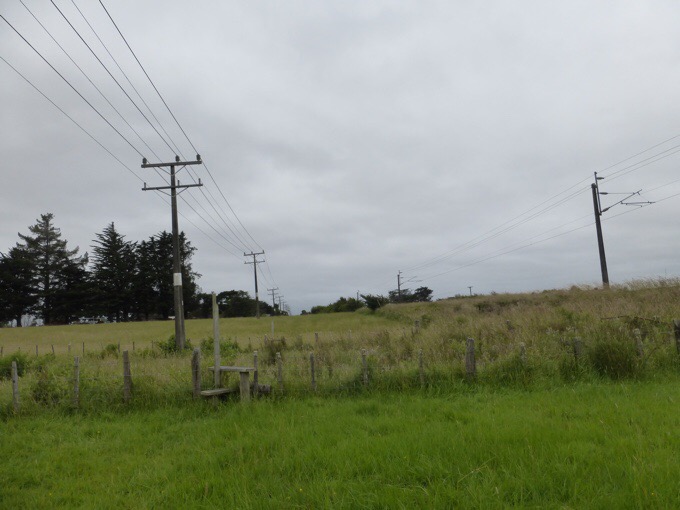 I got to Palmerston North around 11:30am and went to the grocery store along the trail to grab a few things for the next couple days to Levin. While there, the rain and wind kicked in, and I ate lunch at the grocery store waiting for it to pass. 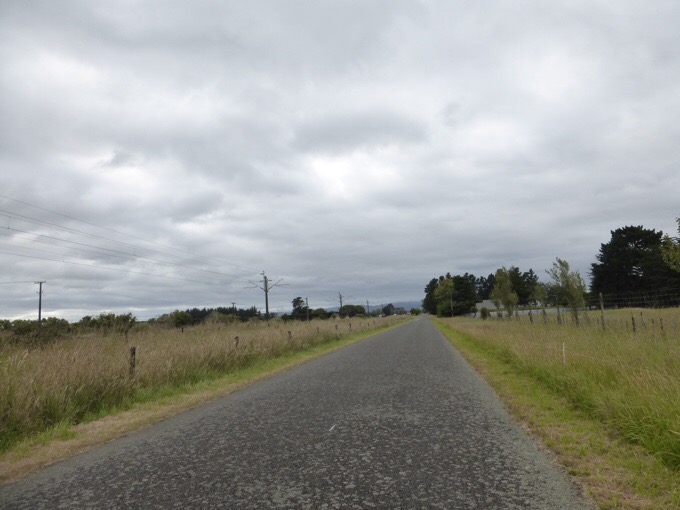 Fortunately, the rain was short lived, and I only had to contend with strong wind the final couple hours of the day. While at the grocery store, I saw Ned, who caught up after setting a fast pace today. I had been leisurely walking and didn’t realize how leisurely until I saw him, but it was still what I needed today. Just to be on a low level cruise control. I overlapped with Ned a bit at the end of the day when he caught up to me on the final section along the Manawatu River Pathway. It was a great stretch along the river with trees and grass, and even went on top of a stop bank. We’ve walked on these before, but through farmland that has long grass and uneven terrain with divots from cattle. This one was paved and so much easier to walk on! 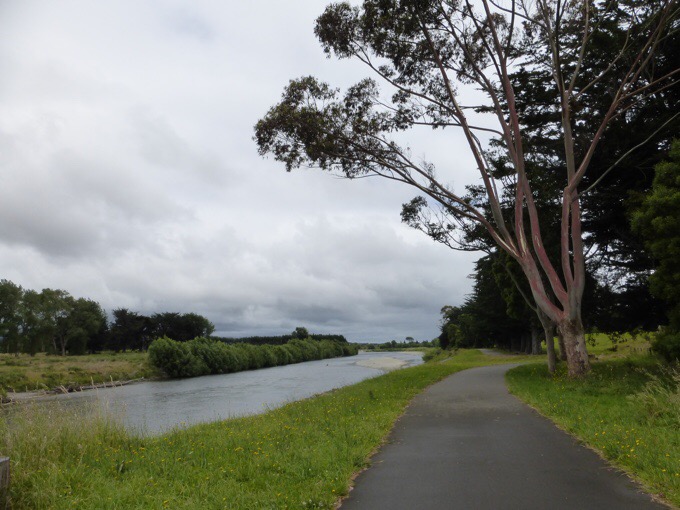 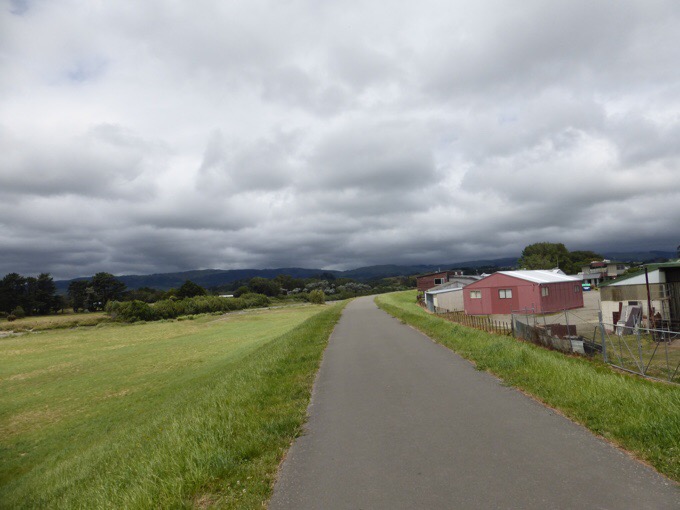 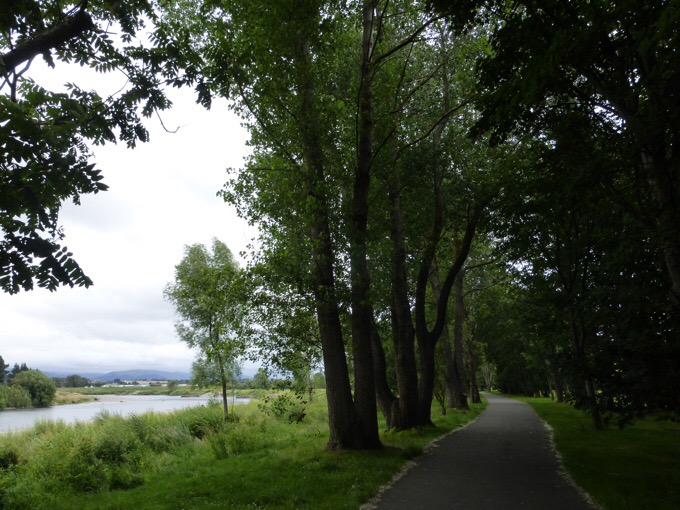 I had arranged the last two spots at a homestay (pay by donation) next to the trail. Brian and Claire kindly host hikers since there isn’t really anywhere to camp unless people just pop up along the river pathway, which is more of a community walkway. I arrived at 2:30pm, and just one other hiker (Matt from NZ) was there in a bunkhouse out back. They have an adorable little backyard with gardens and various fruit trees. 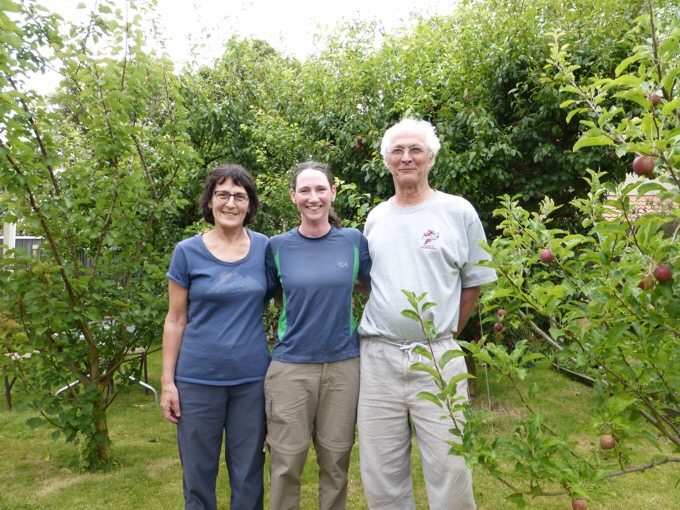 THANK YOU Claire and Brian!!!

Brian and Claire started doing this last year. Brian works with the city and part of his job is helping to maintain the section of trail we are headed into. Brian was wearing an Iowa State University shirt, but is kiwi. When I asked him about it, he said he visited many midwest universities in the US in 2000 to view various tire crumb turf trials. One of the colleges he visited was Southern Illinois University in Carbondale where I was born and raised. Pretty cool!

I got to relax for the rest of the day, take a shower, and charge things. Best of all, I finally watched the Survivor finale and it was a great one from possibly one of the best seasons ever on Survivor. The next season looks to be awesome and starts in March, so there may still be more Survivor watching to come on the TA.

Becky arrived around 6:30pm well over road walking. My body didn’t like it either after three days, and tomorrow will have more dirt or gravel hiking track I think, so that’s good. Well, that’s about it. I feel much better after getting that much needed time to recharge today! 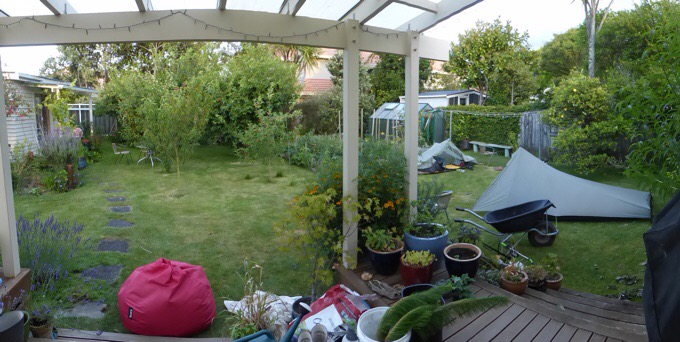