I know I say it each time, but these zero days go by way too fast and are more draining than hiking! It had been 34 days since our last zero, so not only was the rest needed off our feet, but a lot of just regular life stuff needed to be caught up on. We each stayed with separate friends and did the bulk of our errands the first zero day. This trail conveniently required few resupply boxes since most have good grocery stores with a large selection. There are a few options to send boxes in the South Island, and we chose to send to just two out of the four most popular ones. The list and more details of the options can be found on the Te Araroa wiki page. We ended up going with just St Arnaud and Arthur’s Pass. With the others, we were satisfied with the resupply options or will hitch easily to a nearby town to get to a larger grocery store.

Planning and doing resupply boxes really drains me. I always worry I’m missing something, so I read and reread the options while reading what others have done through their blogs. In addition to this, I also figured out the ferry we will take to the South Island in a couple days and then the water taxi we will need to then get to our specific start spot. I’ll give more detail in the post of our ferry day. For now, I want to keep this post short as I still have lots I want to do before we set off early tomorrow and it’s late here.

I stayed at my friend Carla’s place and it was perfect to have a friend here in Wellington! When I arrived, Carla gave me a run down of what to do if there is an earthquake, and that night at 12:20am there was an earthquake! I’ve never been in one that strong. Apparently, the epicenter wasn’t far from Wellington, and it was a 5.3. By the time I jumped up to go where Carla had told me, it was over. Apparently, these aren’t a big deal here and there’s even an app for New Zealand earthquakes called GeoNet. It’s so crazy to look at it and see not only dots where all the most recent earthquakes have been in the last year, but also those that are currently happening within the last hour, and there’s always one happening it seems. 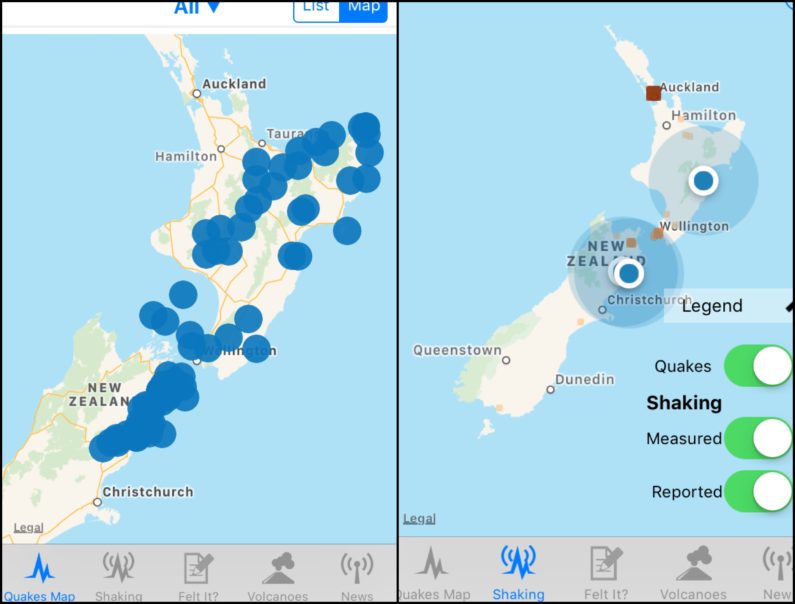 The GeoNet app of NZ earthquakes over the last year and ones within the last hour.

A fun story about how Carla and I met is that about 5yrs ago, I made a video application for a chance to win a trip to go on all of New Zealand’s Great Walks. I went to various locations on my own to film the video, and one of them was a mountain summit near Portland, OR. I met Carla at the top of that mountain (Tom, Dick, and Harry). She was sitting on her favorite rock in the whole world up there and we became friends. I did not win the competition to go to New Zealand, but as fate would have it, Carla now works in Wellington and I’m hiking the Te Araroa, the story has come full circle. In fact, Carla reminded me that the day she met me, I hiked down the mountain after exchanging information with her and proceeded to drop a piece of paper I was carrying that day. I ended up realizing it and hiking back up the mountain to run into Carla on her way down having found my paper. Yep, same old me! THANK YOU Carla for hosting me!

On the second zero, Carla and I went to the popular Te Papa Museum in Wellington. The free Te Papa Museum had been very hyped up from many random people as we’ve hiked the North Island. I think I must have built it up in my head because it ended up being nice, but not what I expected. We both aren’t major museum people, but it was cool to see a huge museum devoted to New Zealand. There were six floors pretty much of New Zealand history and ecology. My favorite was the fifth floor that had more of the native Maori exhibits, and that was cool. 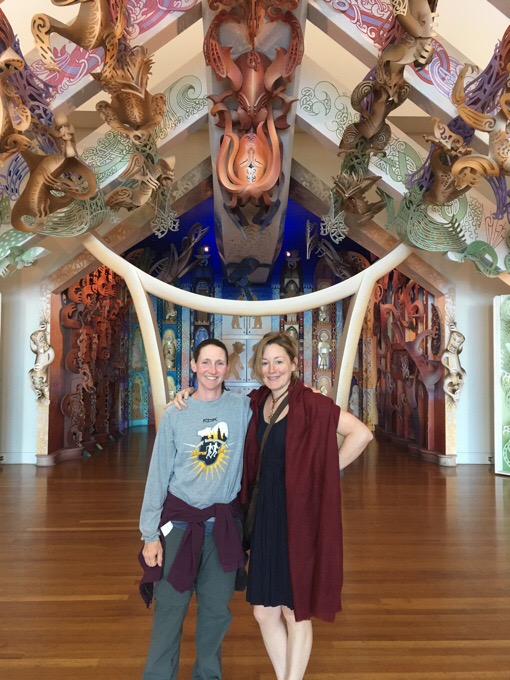 At the Te Papa Museum in Wellington.

Becky and I reunited when we all went out to see Rogue One our final night. We went to the Embassy Theater which was huge and more like a real theater I’ve seen live performances in. It was a great place to go. The movie was one of those things that were a great idea the first night we got into Wellington, but I think we both could have easily stayed home and crashed early. We both had lots to do over the double zero and didn’t get as much downtime as we would have liked, but that’s always how zeros go. As you can see Becky got herself a yellow dress for town to lift her spirits and it will be a new item in her pack because it just makes her happy. She said she might get one in town like Angelynn did awhile back and I told her it just had to be yellow, and funny enough, a perfect yellow one was on sale for super cheap on clearance somewhere, sold! Becky’s blue Rab rain jacket ended up falling apart where the pack rubs, so she was able to return it and now is trying out the spiffy Outdoor Research Aspire. Bring on that rain! 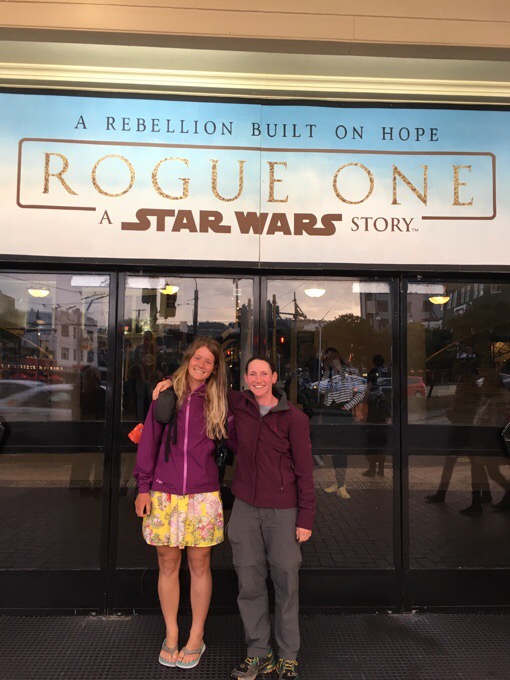 Becky isn’t 100% just yet (neither of us are) but she’s getting there! She heard everyone’s cries and did end up getting those cranberry pills for the UTI, but it seems to have already cleared up on its own. Still good to have them though. Thank you all for your positive encouragement on that front. Also, I take a daily women’s multi-vitamin and a fish oil pill, so Becky got those as well, yay! We have seemingly clear weather to kick off the South Island, and a great trail ahead on the scenic Queen Charlotte Track, so hopefully that will be healing as well. We both would like to ease into the South Island and get a bit more time to charge up, so hopefully that will happen. Well, that’s about it for the double zeros that went by way too fast. I can say that there will most likely be many more zeros ahead of us in the South Island. Many of the legs will require a clear weather window to do them enjoyably and safely, so it won’t be uncommon to need zeros to wait out weather in a hut or town. No worries, I loaded plenty of shows for those zeros ahead when they come. Tomorrow, off to the South Island!