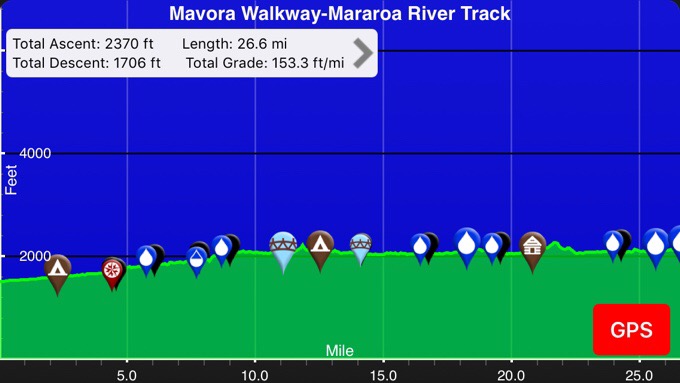 Another short post here as not much happened today, which is a good thing. I’m finding it very relaxing and enjoyable to mindlessly chill and not exert too much energy to cruise on an easy path. It was a great night of sleep with no wind at all. We woke to our first real condensation on the South Island. This happened all the time on the North Island.

The last week of the TA will bring back all the “fun” of the TA from the North Island. We will be in tussock, mud, roots, beaches, and road walks. It’s the least climactic ending I’ve ever had to a long trail. Most end in mountains or summits, and the excitement builds to a grand scenic finale. This one does end at the ocean at least. It’s a bit bland for the last 186mi/~300km, but we are finding it fun to get the chance to cruise with nothing too slow going or arduous. We can see the light at the end of the tunnel with just about a week of hiking left, and are both excited to finish and get some down time to relax for a few days before our flight to Tasmania. We put in buffer days before the flight just in case we needed them, and it looks like we won’t need them and are finishing even earlier than anticipated, so that’s great! We will have three extra days before our flight.

Both of us have motivators that have us excited to finish early. For me, I have a good friend that’s down here that I’ll be able to visit that many of you that read the blog may remember. I’ll leave it at that for now and will enjoy the surprise for some of you. I’m really glad it will work out. For Griggs, he is intrigued about paragliding ever since we got a hitch from a paraglider in Wanaka less than a week ago. He may have found a day long class he can take to get an introduction and will sign up tomorrow when we get to town. Griggs is a total aviation nerd who can name any plane or helicopter and then geek out telling me words I have no clue about. He wanted to be in the Air Force, but couldn’t be admitted because he wears glasses. He has 10hrs flight time towards his pilot’s license. The combination of hiking up mountains and paragliding down is seriously perfect for him. The dude that gave us a ride was talking all about winds, air pressure, and clouds. That scientific aspect is something Griggs also loves. It would be so perfect for him. He found a full day course in Queenstown he can take where he’ll learn the basics and actually paraglide solo for the first time! If all works out with timing, he’ll be able to take that course before we head to Tasmania. So, both of us are plenty motivated to keep a great pace to the end.

Our bodies are so used to the harder elevation that we are flying on the flat stuff the last two days. We started off at 7:30am in the shade of the Mararoa Valley. It was quite crisp out and I kept my beanie, jacket, and gloves on for almost two hours until we hit sunlight. The tussock was wet and my toes were cold. Shorts were better than having wet pant legs. One annoyance is that now that our feet have been wet for two days in a row, I’m having rawness between my toes and in the cracks underneath. Not a fun feeling, but body glide helps, ugh. 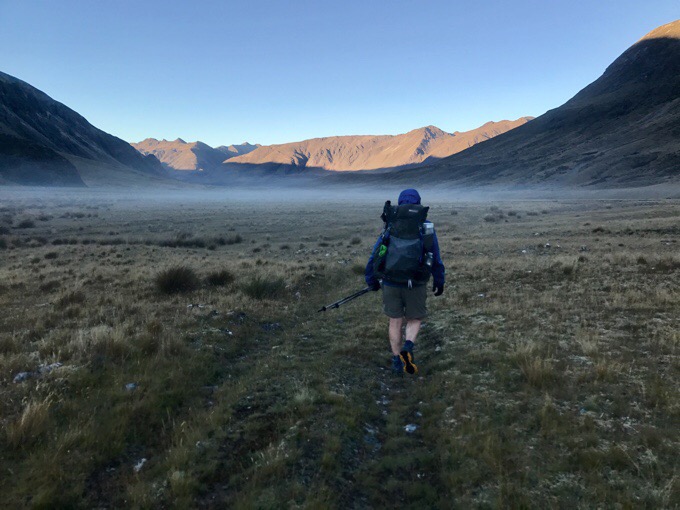 Then we hit the Mavora Lakes. We missed a turn and accidentally walked on the wrong side of the second lake, but there was a suspension bridge at the outlet, so it was pretty much the same. We had lunch at the suspension bridge, and dried out our tents for the first time in forever at lunch. 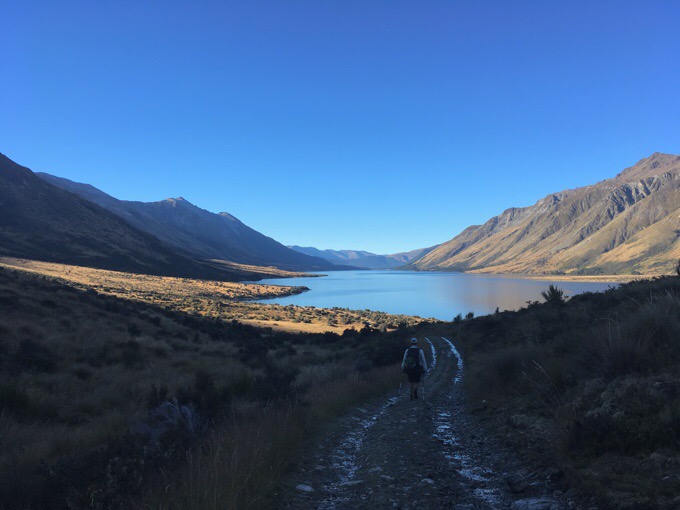 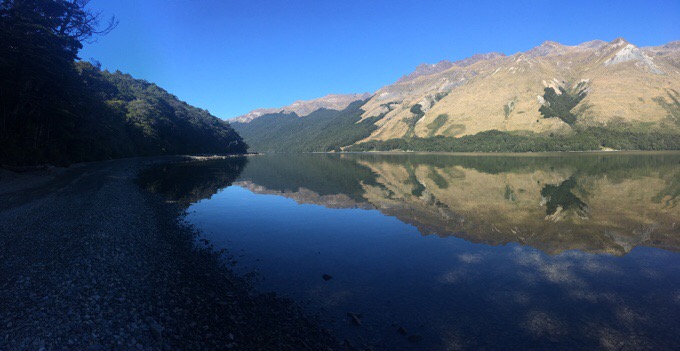 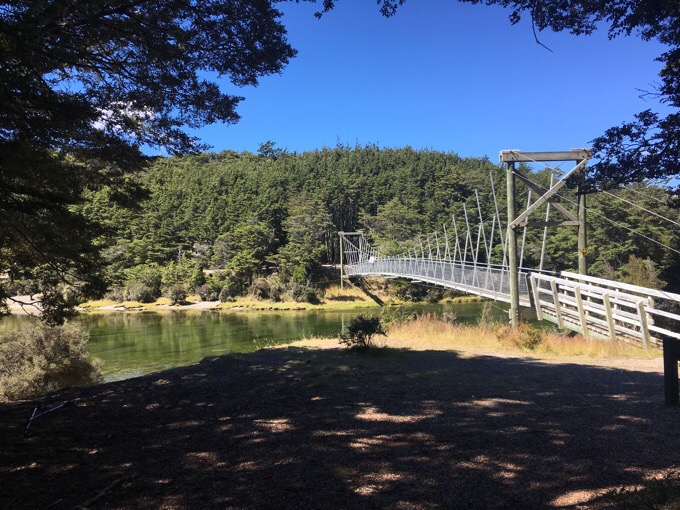 We then entered a forested stretch and found out that much of today were in scenes from Lord of the Rings movies. The forest we were in was Fanghorn Forest from the first movie I think. If you google “Mavora Lakes” you’ll find a list of all of it. 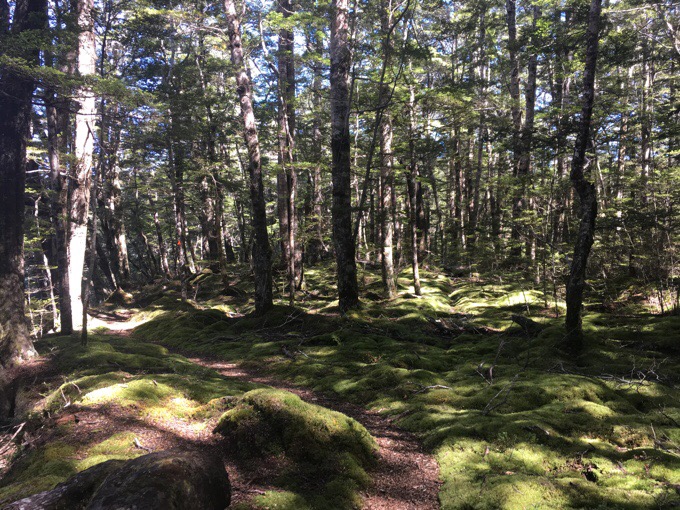 After the forest, there was an option to ford the river or cross on the swing bridge. We took the bridge and found that the track the rest of the day wasn’t a track. This was totally a flashback to the North Island and almost felt like a test. Basically, the TA was testing us to see if we learned our lesson yet. If there’s no track, and you’re just walking through bush and grass, and you have a perfectly nice road right next to you, TAKE IT! 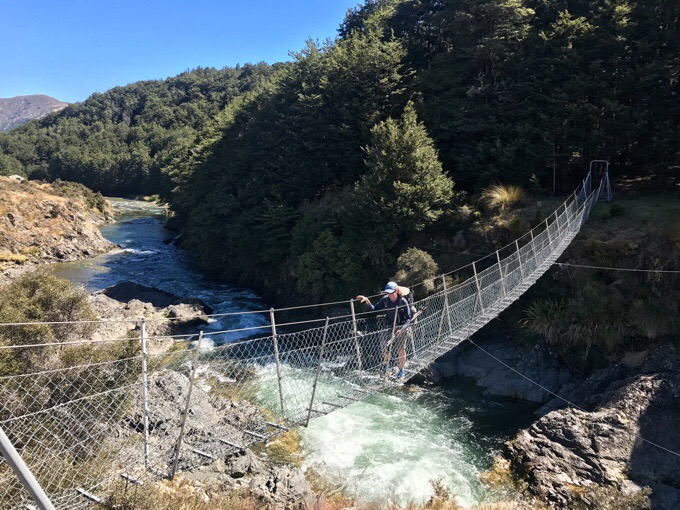 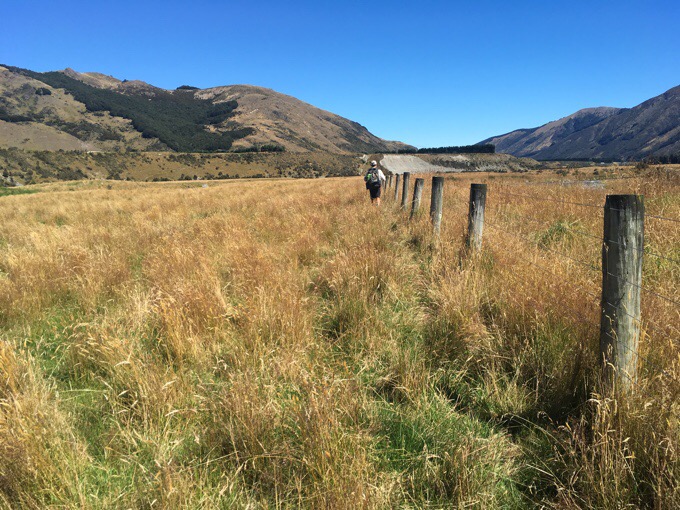 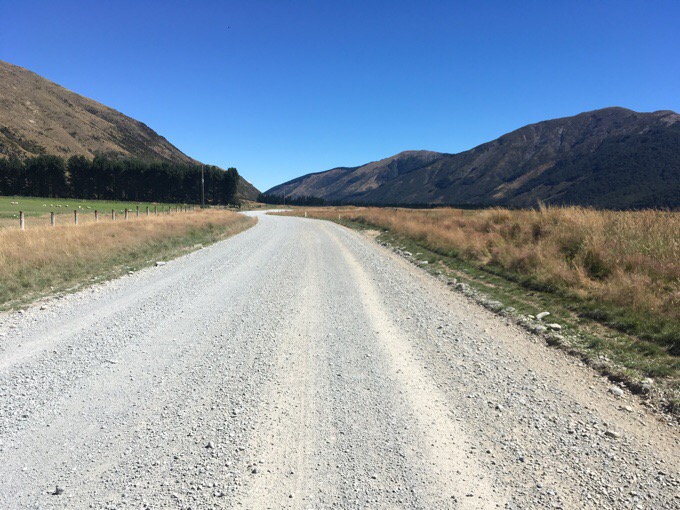 We were on that gravel road almost immediately, and I believe we passed with flying colors. Ridiculous is all I have to say. We cruised until 5pm, and decided to stop earlier than usual. Any further was getting us too close to town and near a road where there wouldn’t be anywhere to camp. We headed back down towards the river where the nonexistent track was to camp away from the private land up on the road. It was a great night once again. There should be some rain moving in for a bit tomorrow, but for now it’s clear and completely calm. Hopefully, it stays that way. 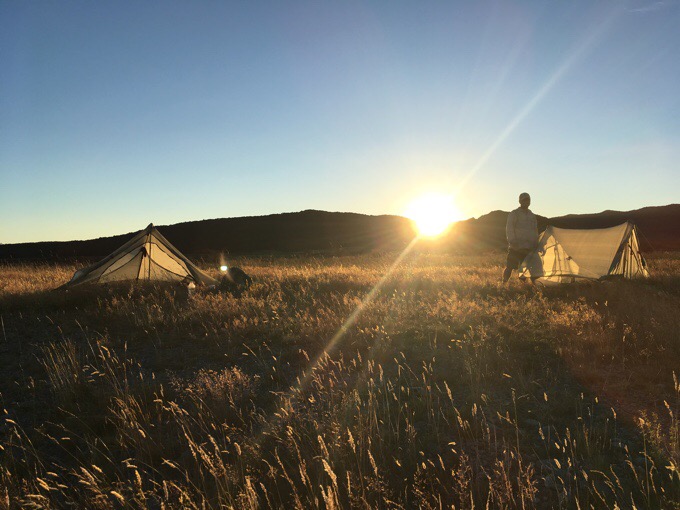 I was able to walk up to the road and get enough service to post the blogs from the last couple days. Becky and Tom were arriving in Wanaka, now six days or so behind us. They sent a bunch of photos from this last leg for me to share with everyone. They were doing a quick in and out through Wanaka and night hiking out. Totally something they would love and I would dread, so I’m really happy they are able to hike their own hike! 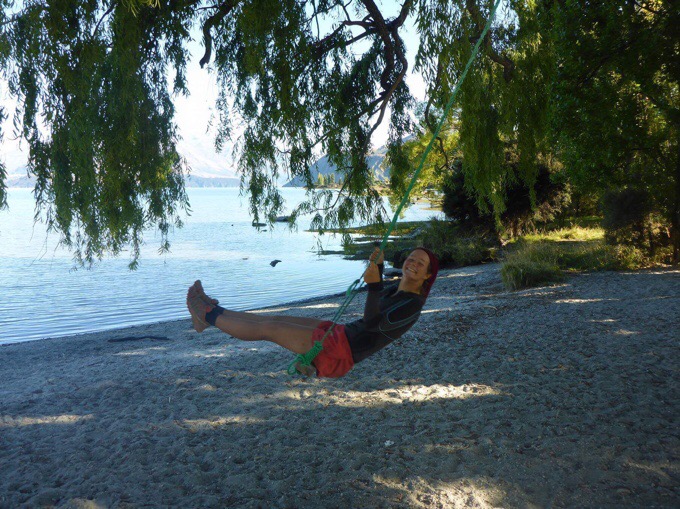 A swing photo for me:) 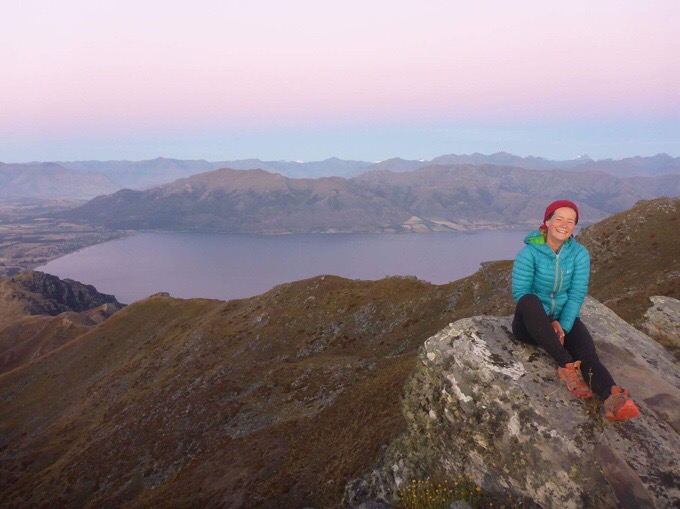 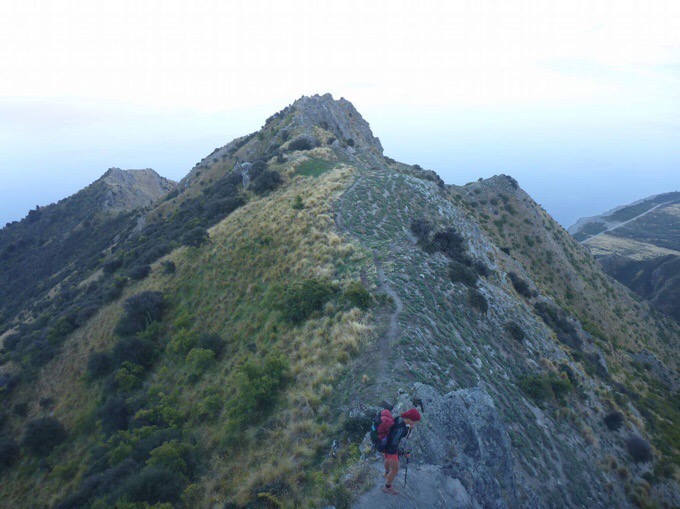 They are having a great time and are hiking around many others including Heartbreaker, Vittoria, and Calvin (all were on the Whanganui River with us before Christmas) who they may end up keeping the same pace with to the end. I’m so glad they are having fun and enjoying such a social hike. They have found their hike, and though it’s quite different from mine, it’s what is fun for them and they are totally soaking it up. I’m so so happy for Tom and Becky that they found one another and are having so much fun together. Yes, they are a couple, and I’ve been given the go ahead to make it “blog official” haha:) 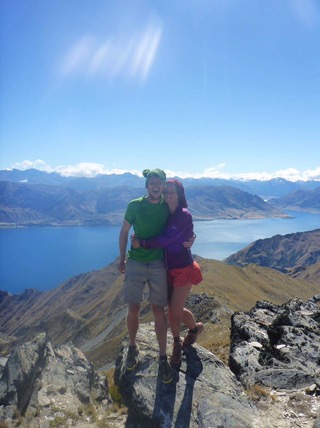 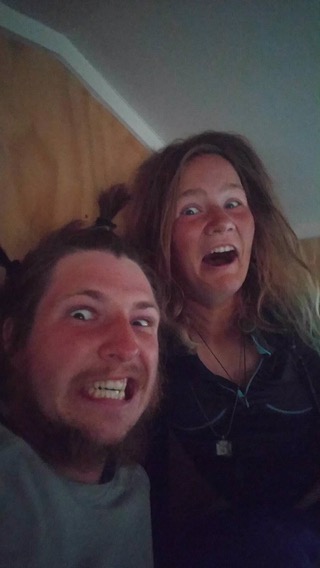 They have been brought together by their mutual love of the trail, heavy metal music, large amounts of food, and one another. I’m just so happy that they both have really found themselves and one another on this 3000km journey. Both are just such rays of light and joy that light up any room, so it’s quite the wonderful pairing. This isn’t just a “trailmance,” this one has legs (pun intended). I absolutely love seeing those smiles! I’ll be keeping you posted on their final couple of weeks to Bluff. 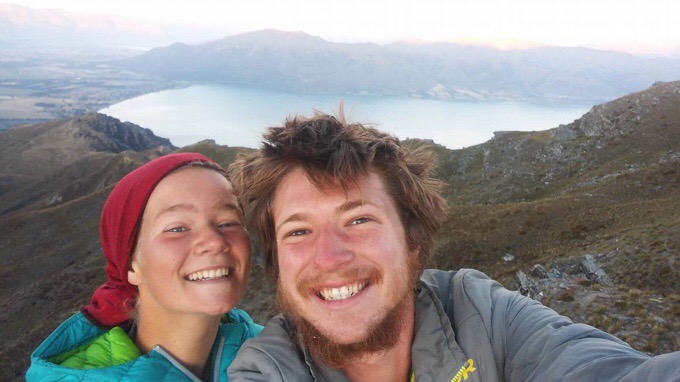