Day 116: Through The Woods And Over The Farm Hills 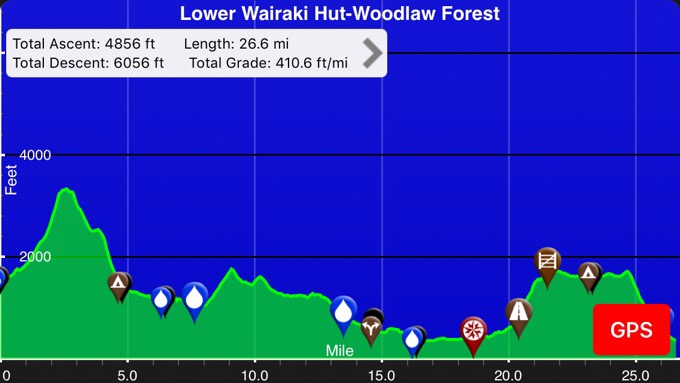 Since I’m our alarm clock, we slept in this morning. I was too tired to write last night, so I woke up and finished yesterday’s post this morning before waking Griggs. Back before we hiked together, I passed his tent a couple times on trail well into the morning, like 9am. When he hikes solo, he’s less of a morning person, but appreciates morning hiking and the motivation of having a partner to get him going in the morning. Normally, he’d sleep in and hike later, so it’s the same number of hours, just shifted earlier. This morning, we started hiking at 7:50am. It’s been getting light later, and it was chilly this morning, so I was also procrastinating getting out of my sleeping bag.

Today seemed to drag for some reason. It started out with over an hour of forested climbing to finish up the Takitimu Forest that had me dripping sweat even though it was cool outside. 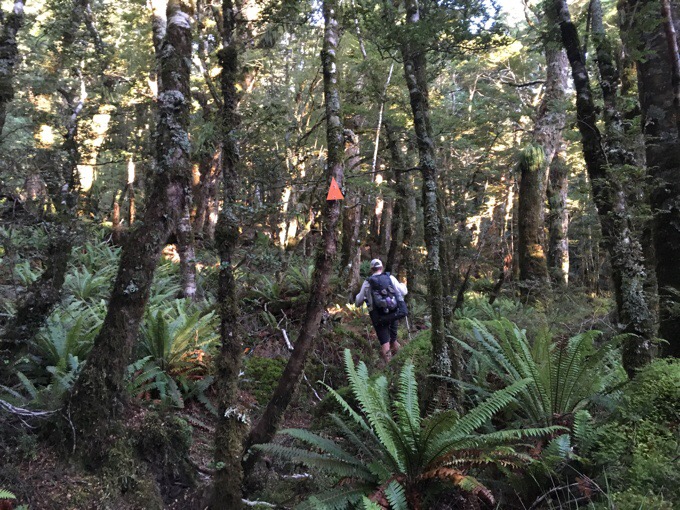 It wasn’t steeper than usual, but felt relentless first thing in the morning and after the tiring day yesterday. I thought it might have just been me thinking it was difficult, and then there was this fun note written on the blaze of the tree. 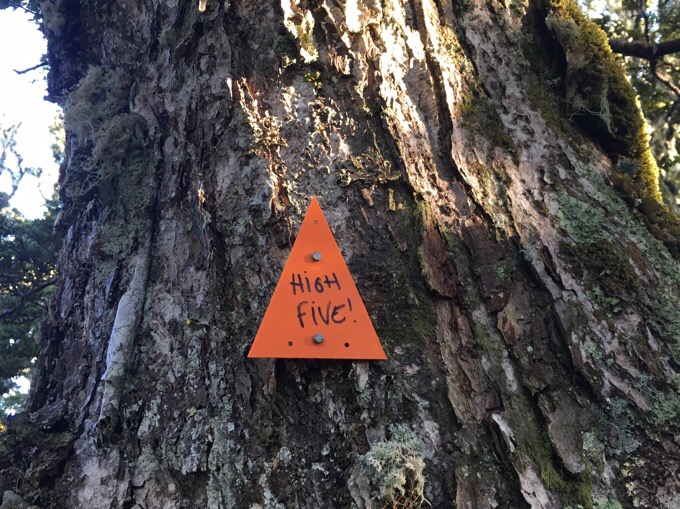 There ended up being about a dozen of these. I appreciated the first and second one, but the rest just became annoying with random comments and asking if it was lunch time yet. Soon after those, we broke out of the forest for most of the remainder of the day. Some say you can see Bluff (the end of the trail) from up there, but we had some haze and didn’t see it. 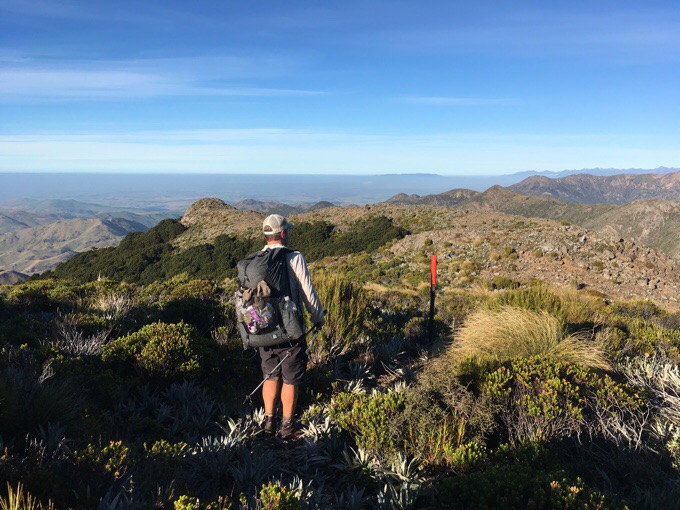 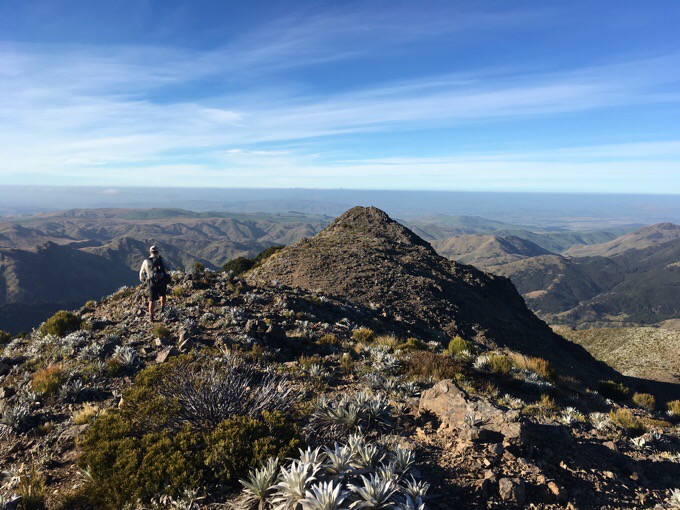 I have been using a stick in place of my broken hiking pole, and it’s working quite well, though I did have a blister on the palm of my hand late in the day. It was good to have it though as today had more ups and downs on uneven footing than I expected. 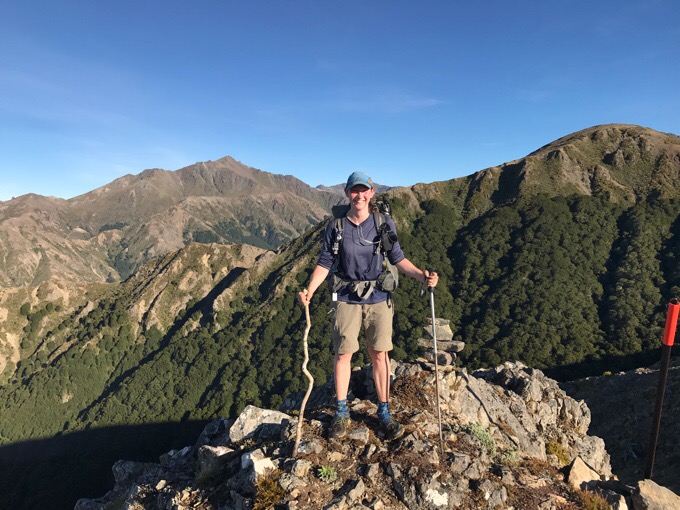 Once down from the ridge, we had a good chunk of farm walking in gravel roads for the day. Nothing eventful, but a nice day to walk. We leapfrogged with Josephine a bit, but she had planned to probably do a shorter day today, so we last saw her just after lunch.

There were also plenty of tiring climbs on both the road and stretches of cross country over farmland. It frustrated me more than it should have today for some reason. I think I’m just too focused on it being over, so I’m seeing each climb as one more obstacle between myself and the end. Plus, for the first time practically ever, there was a waterless stretch possibly for most of the day, so I was carrying water for overnight most of the day. The seasonal stream just before camping turned out to be flowing, so the carry was unnecessary, and that was frustrating. I had loaded new podcasts to try out, and tried one for a bit, but was more in a music and radio mood with all the climbs. 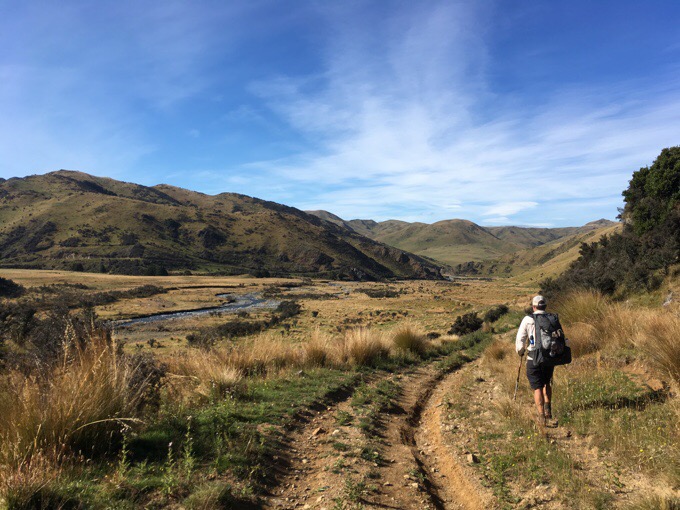 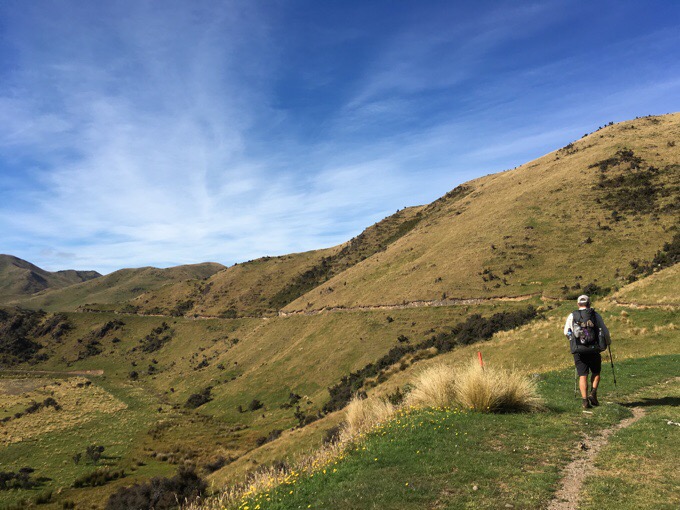 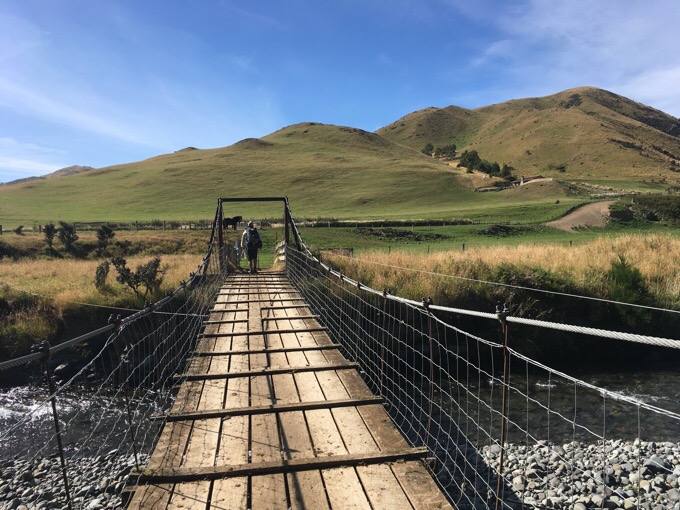 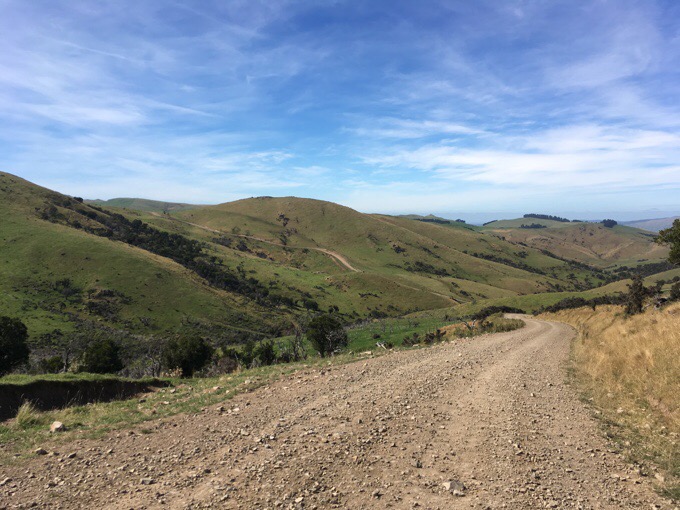 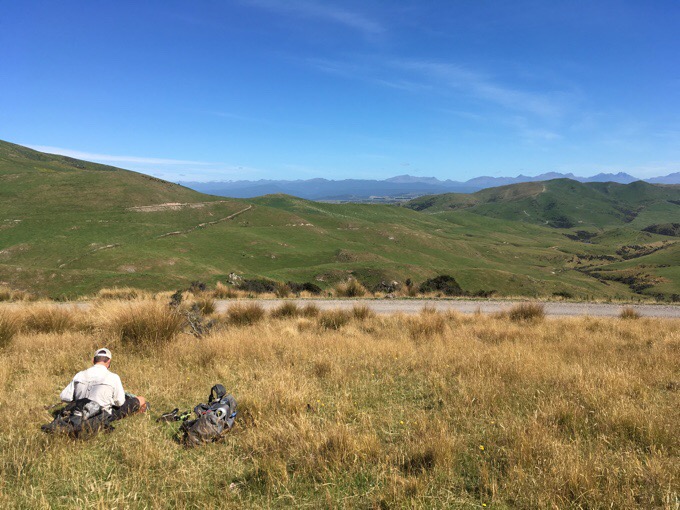 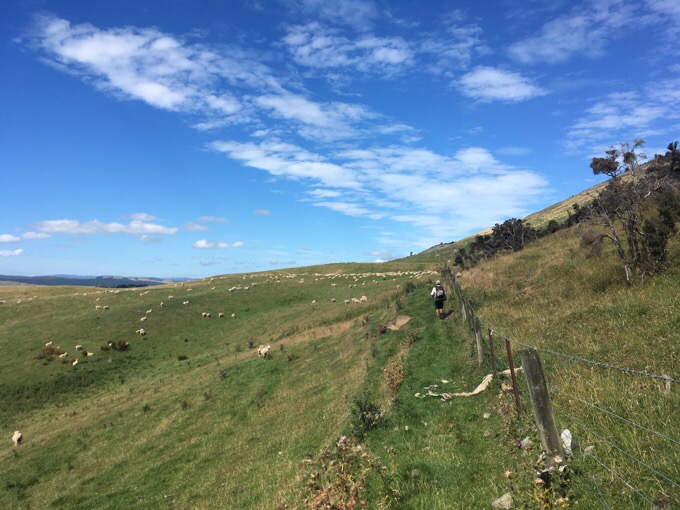 The day ended with a good downhill in a forest and camping in pine trees, which we love. A group of five others are also camped with us. With all the farmland, we’re in an area where we tend to get funneled into few camping options, so we weren’t surprised to have others in the same camping area. The next camping is a good 10mi/17km from here. It’s very reminiscent of the North Island. Funny enough, we are even camped with a group I overlapped with quite a bit the first half of the hike (Lukas, Andres, Stev, Amelie, and Dominique). Two of them, Stev and Lukas, I even camped with the second night of the hike. So funny how things work out and we are still overlapping four months later. We may not see each other again, as they are hitching into town tomorrow to resupply and we will hike on. We may actually get spaced out a bit from others in these final days. 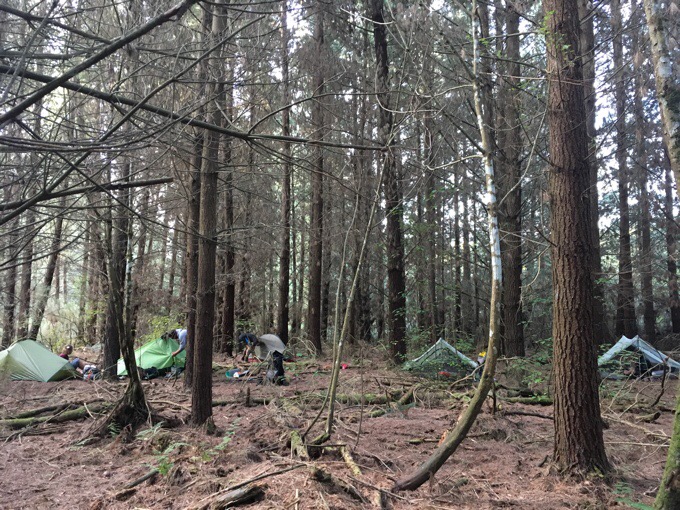 One final note I forgot to mention yesterday, my feet are randomly fine after the night in town and using basic foot cream. It’s visible that there was some irritation and rawness, but my toes have improved in appearance and I don’t notice any discomfort as I hike. I’m applying the foot cream nightly, and it seems to be doing the trick, yay!