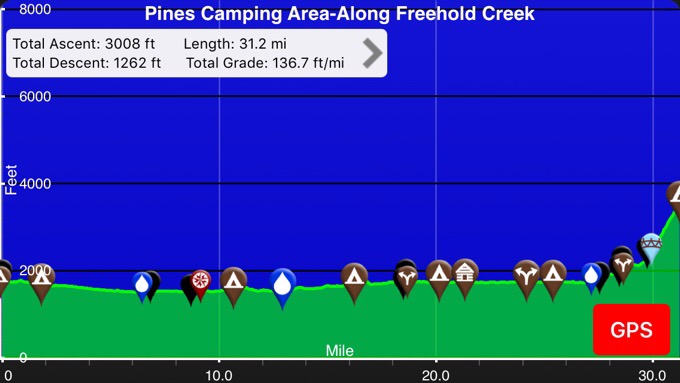 I was up early (haven’t been setting an alarm on this trip) at 5am and wrote yesterday’s blog post since I’d fallen asleep without finishing it last night. There was no major hurdle or plan for today to make it to a specific spot, so there was no rush to get out. Griggs has enjoyed that I wake up earlier, and with it getting later in the season, it’s giving us some great morning light as we pack up and start walking. This morning, there was a great sky of pinks and purples around 6:15am as we started packing up. 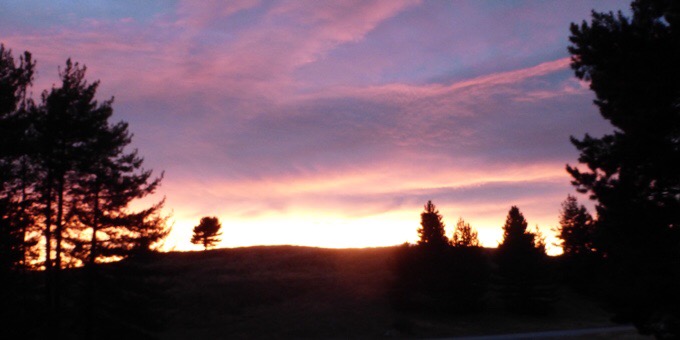 We were walking just before 7am, and got to watch the sun come up on the horizon as it hit the clouds. 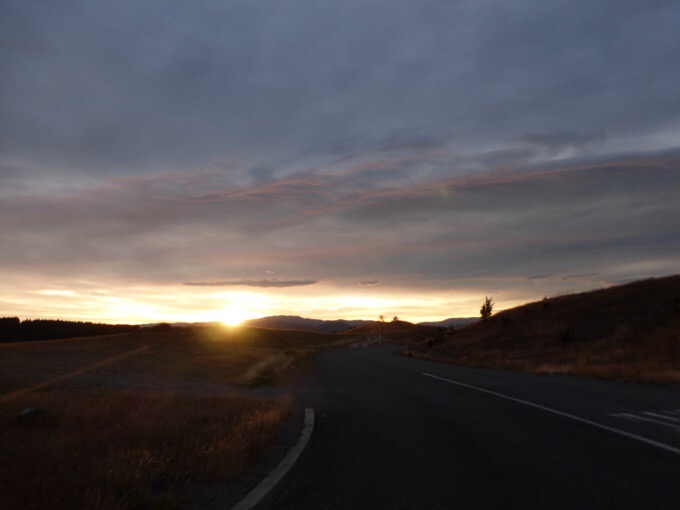 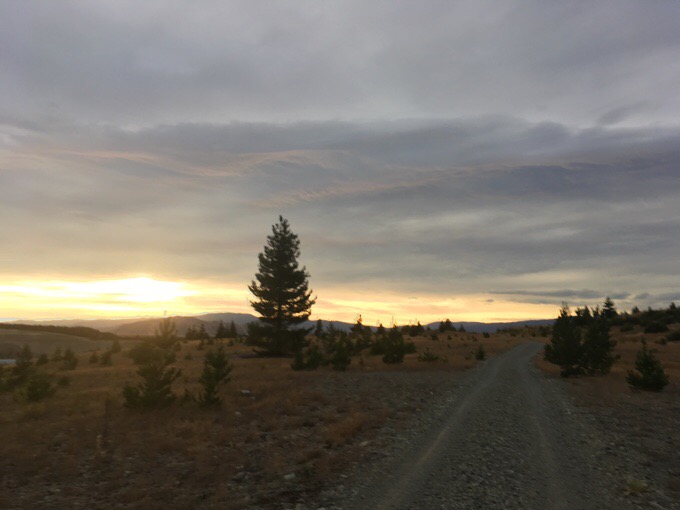 We had one of the easiest days on trail, which can be quite difficult if the sun and heat are present. It was basically gravel and dirt road walking most of the day. The forecast called for rain the second half of the day, so we were up and out early hoping to get more miles in before the rain came. We got our final views of Mt Cook across lake Pukaki before the clouds covered it. 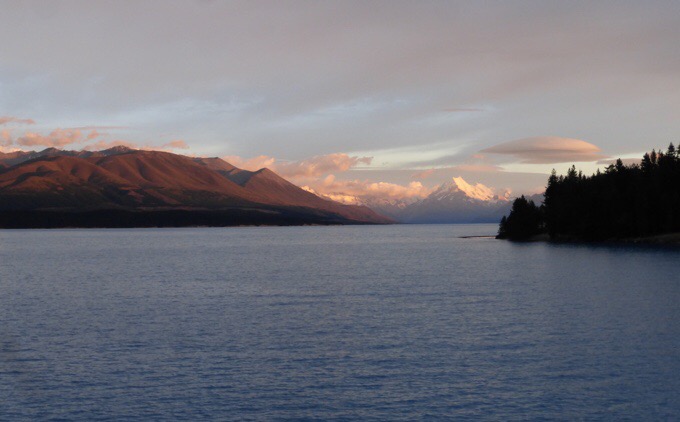 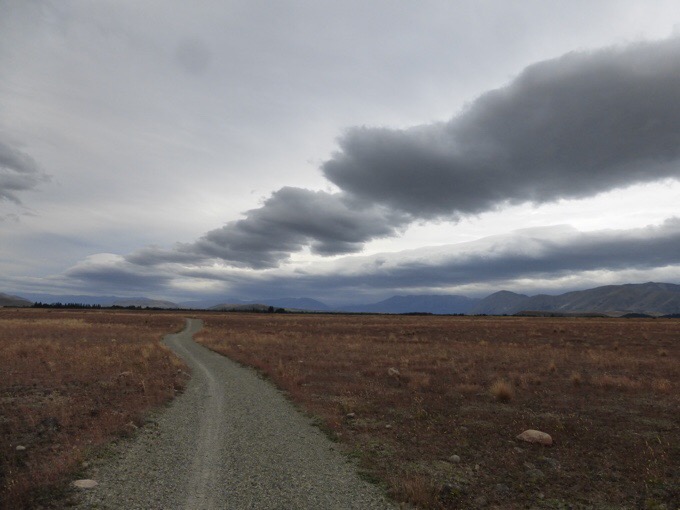 After a couple hours of walking, we reached the small town of Twizel. We resupplied at the local Four Square and got brunch. I happily had a sandwich, Oreos, Doritos, and chocolate milk while Griggs ordered bacon and eggs from the local bakery. We had to laugh at the contrast as I sat across from him eating my junk that I was craving for some reason. Griggs does a great job of controlling the intake of junk food on the trail and rarely carries cookies or chips in his pack. I definitely don’t have that self control! 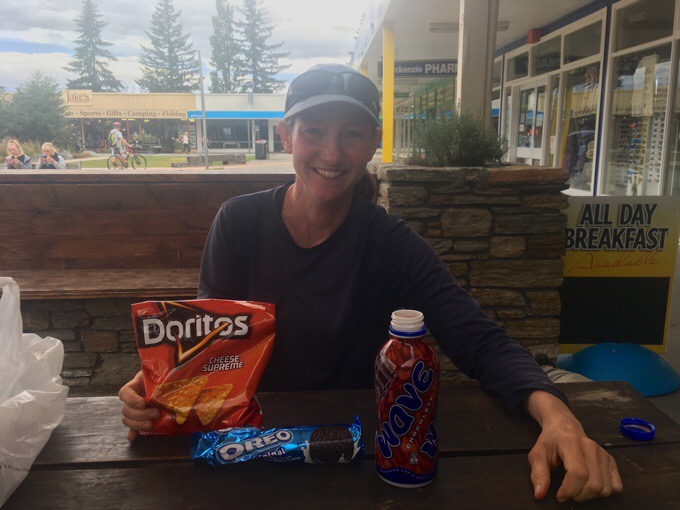 The rest of the day really wasn’t too eventful and was really relaxing. We had gravel road walking along the highway that turned, as we walked along Lake Ruataniwha, Ohau River, and finally Lake Ohau. No lack of water sources, while we got the rare privilege of dry feet for the day! 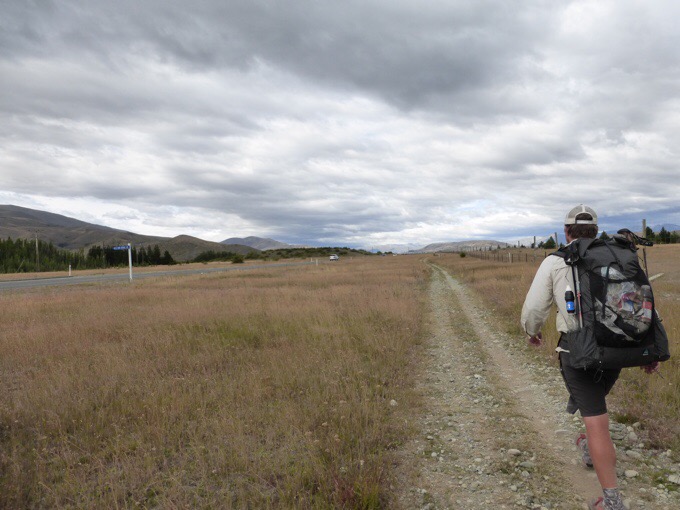 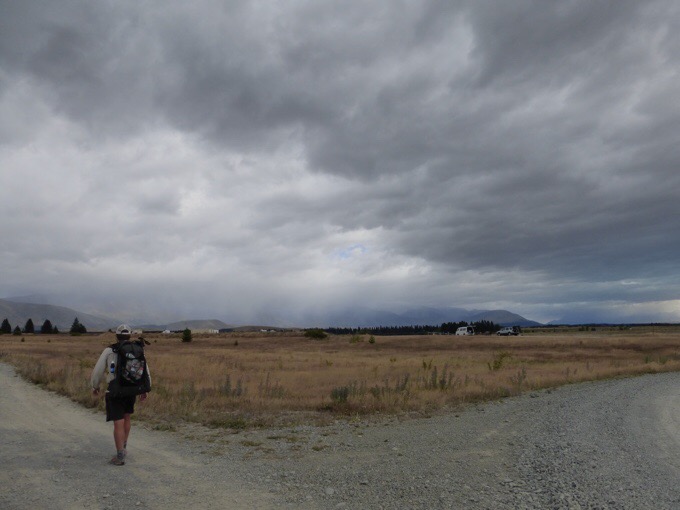 We kept a steady fast pace and each had our headphones on entertained for the day with either music or podcasts. We knew this stretch was coming with a few days of flat gravel road walking, and we welcomed the chance to cruise and listen to our headphones. We were really fortunate to have cloud cover. It was in the mid 70sF/24C and comfortable hiking, but the times when the sun broke through, we could feel how intense the heat could be this section if it was hot out without clouds. 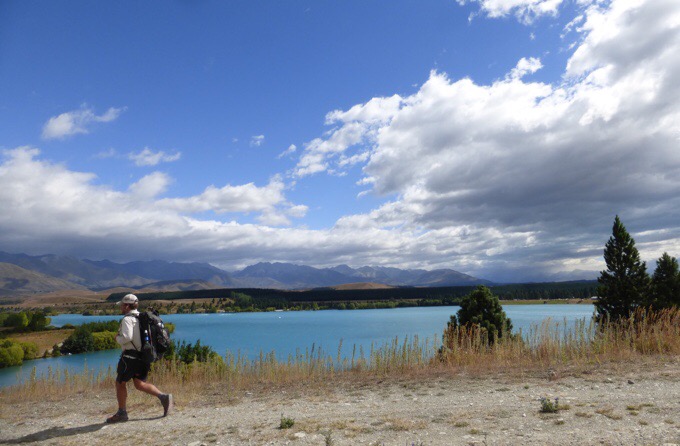 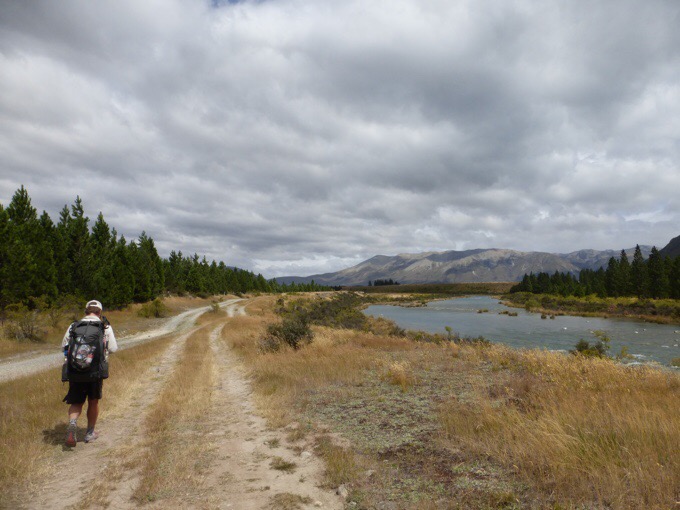 The rain didn’t kick in until the afternoon while we were along Lake Oahu for a couple hours. The wind also picked up strongly, and what would normally be a sprinkle was painful horizontal drops at times. I had my rain jacket and hood on less for the rain and more for the wind. 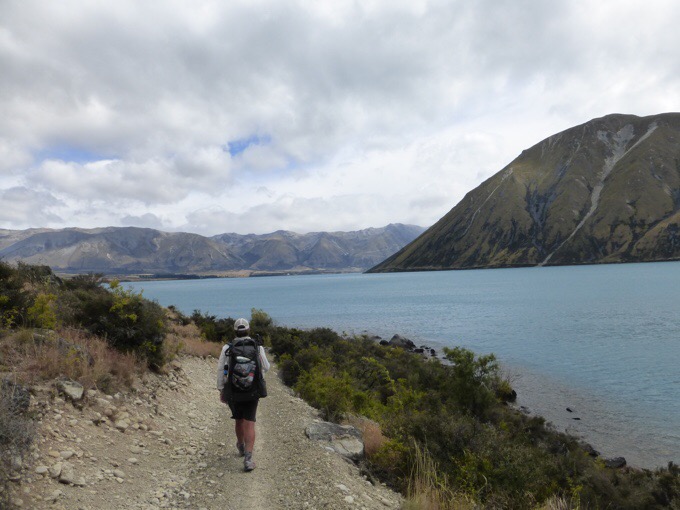 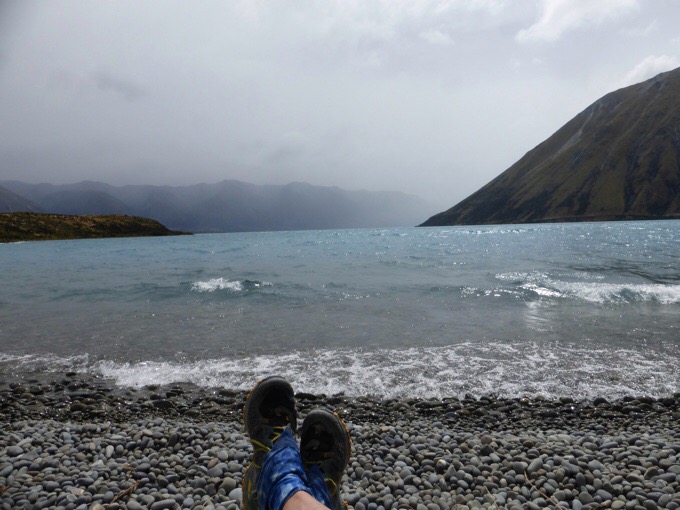 We passed two other solo TA walkers we’ve seen on and off and a northbounder, but other than that, saw few other people out. We had phone service most of the day, and it was Super Bowl Sunday in the US! I quite enjoy sports and was bummed to be missing a Super Bowl. If I had all the data in the world, I would have listened to it online, but was resigned to refreshing a feed to check the score every 10-15mins. Oh man, what a game it turned out to be! I can’t believe I didn’t get to watch that one! I did call both my sister and dad at the end as I knew they were both watching, and that was fun. 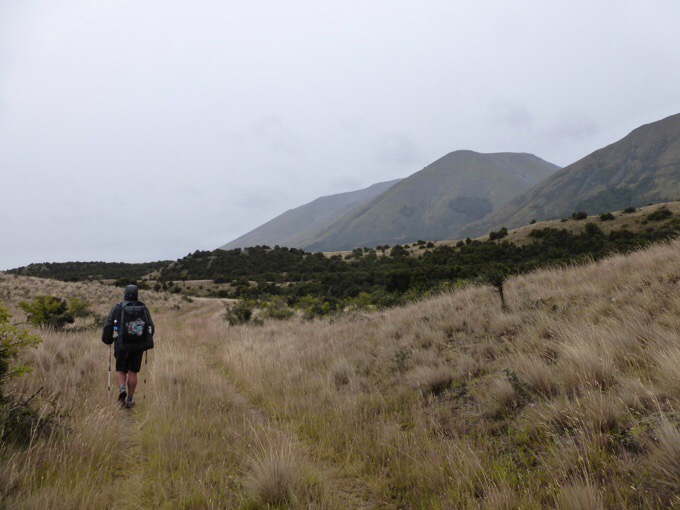 The day ended up being one of my favorites with enjoyably easy walking and being saved by cloud cover. I was fully entertained the second half of the day with the Super Bowl updates and listening to a few episodes of the podcast Strangers that was recommended to me. It was a series they did on a woman that decided to give a kidney to a complete stranger that was pretty good and kept me entertained. I also had radio most of the first half of the day, and have really enjoyed that the last couple days. Griggs likes to listen to music and has many podcasts he listens to. Today’s were mainly NPR podcasts and a comedy one. I’m just getting into the podcast world and am enjoying them at times. I tend to like music more than hearing a voice that I need to focus on, but have gotten into it at times.

At the end of the day, we turned onto the East Ahuriri Track that started in a grassy valley and turned into a great forest. We were doing a 30mi/50km day, and ended it with a decent forest climb. My legs were so accustomed to the stride of road walking that they were quite slow on the climb at the end of a big mile day, but it was great. It was still raining some, but since we got out of the wind, I was able to take my jacket off for the climb and use the umbrella. 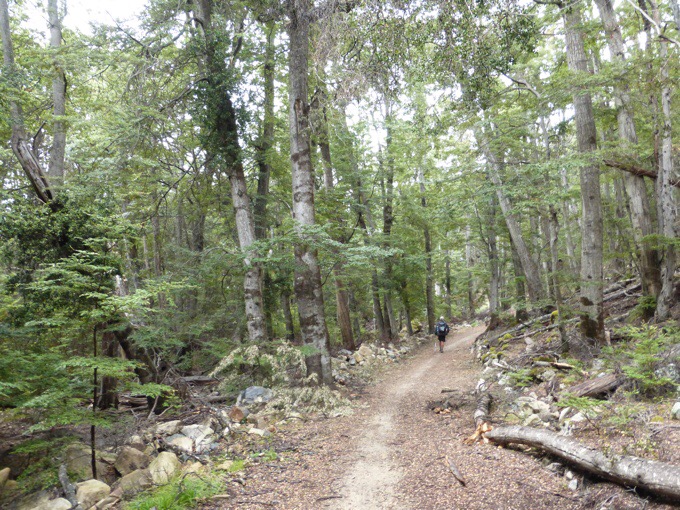 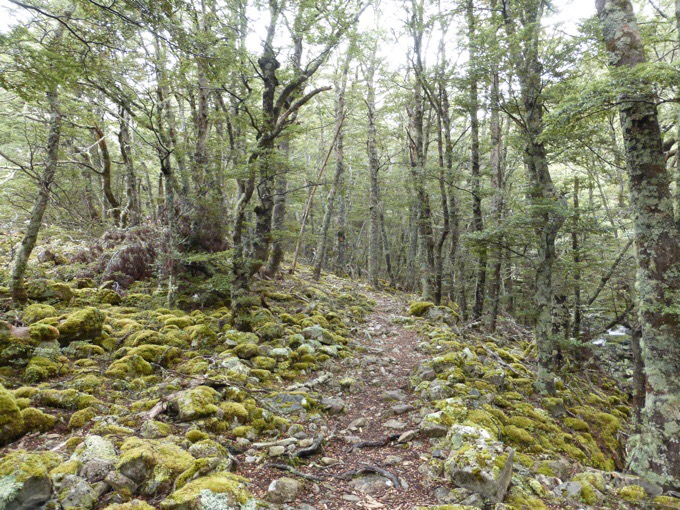 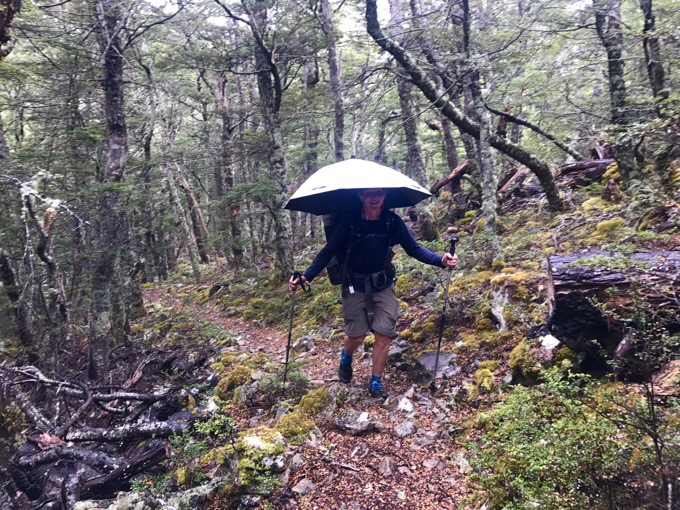 We love Guthook’s TA app and how it labels campsites. It had one labeled as a nice campsite near a stream that we could see was in the trees. Perfect! Two nights in a row in the woods! It was a great spot to camp with the white noise of the nearby Freehold Creek and protection in the trees from wind and rain expected overnight. It sprinkled a bit early on, and lulled me to sleep early before 9pm. I’m a total sucker for the white noise of a stream and rain together. Another great day! We’ve been on a roll lately! Plus, it seems that after two weeks, my foot may be pain free!!! It may be healed. I had resigned myself to the idea that I’d have that pain and swelling on the top of my foot. Such a relief, whew! 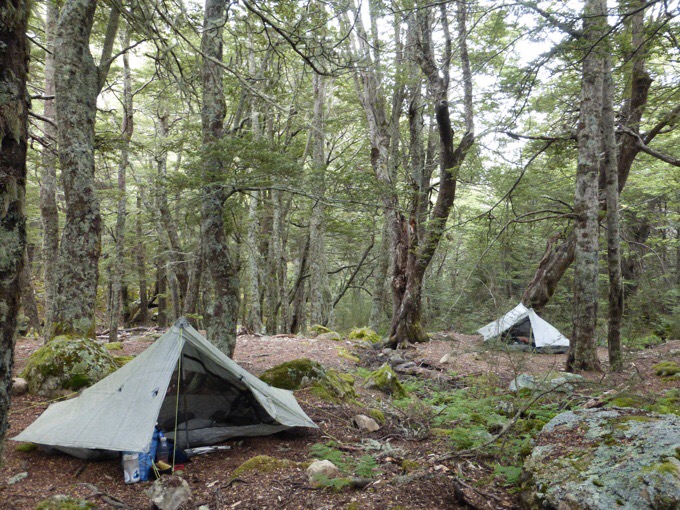