We got going at our comfy new leave time of 8am. With the sun rising later each day, and the colder nights, we are quite happy to sleep in a bit. It was 41F/5C as we packed up, but it didn’t take long to warm up. Isaac, who I mentioned camped here as well last night, hiked out with us, and we spent much of the day hiking together. He’s from Scotland, so I was fully entertained to hear him talk about anything for the day just to hear the Scottish accent. 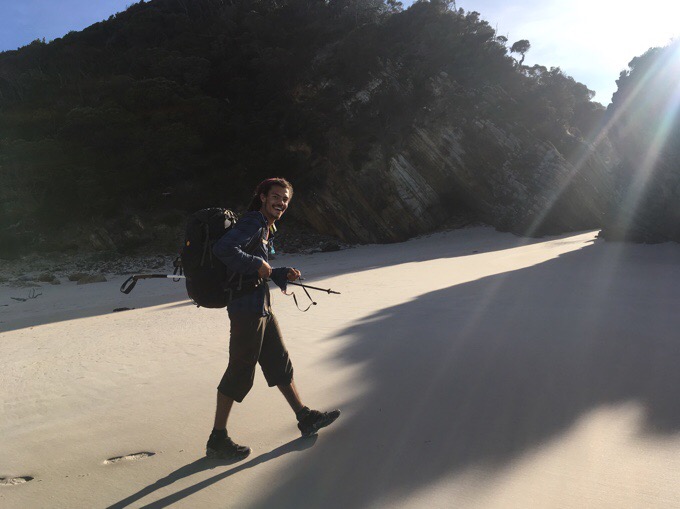 This day was one of those days where the photos can be deceiving. In fact, I think this whole hike could qualify that way. Most of today was spent in tedious and monotonous forest with roots and mud. There were a few times that we dropped down to a beach, but they were for brief times and then it was right back into the bush. However, the photos turned out pretty great… 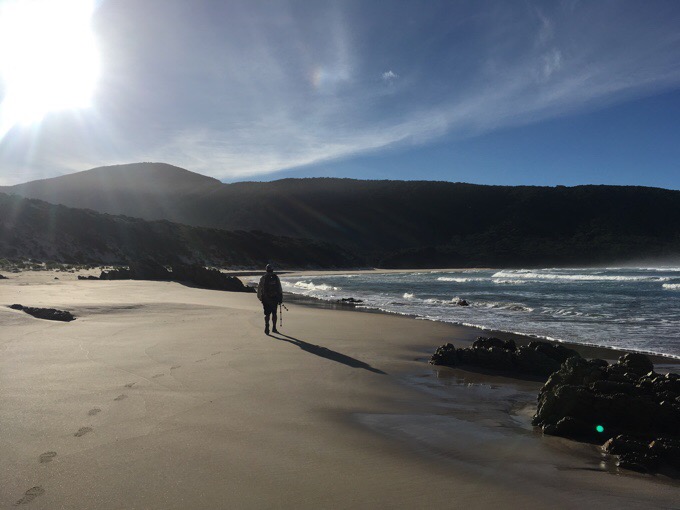 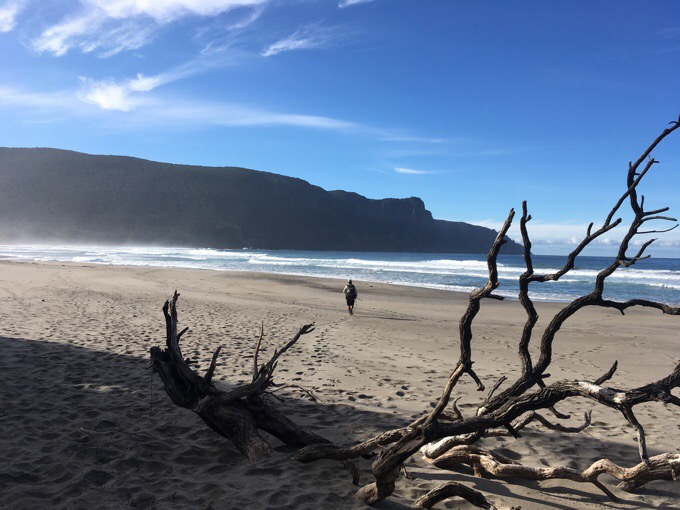 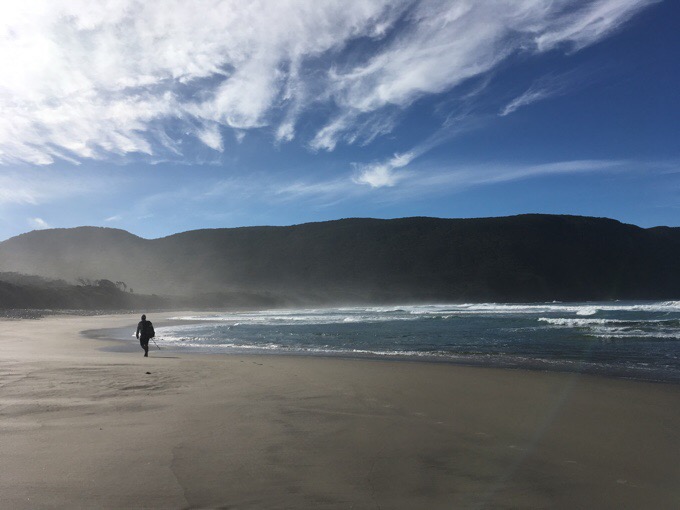 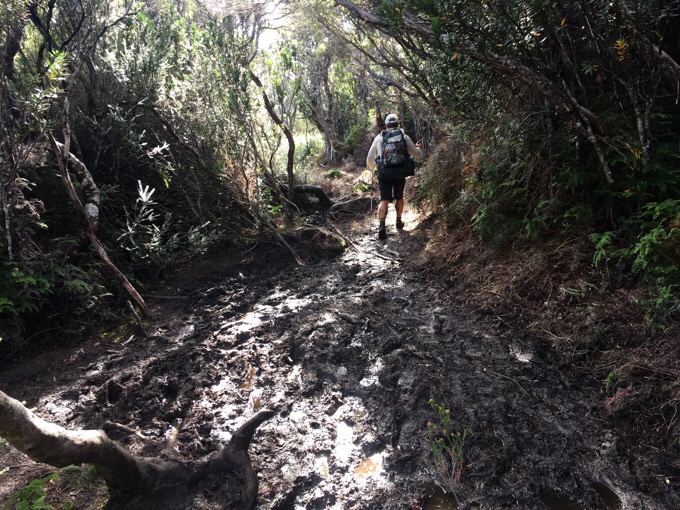 There were a couple longer climbs as well. It was definitely my least favorite third of the hike. It reminded me a lot of the Te Araroa, and I wonder if we have a lower tolerance at this moment for this kind of hiking for extended periods of time. It was hours of it today. 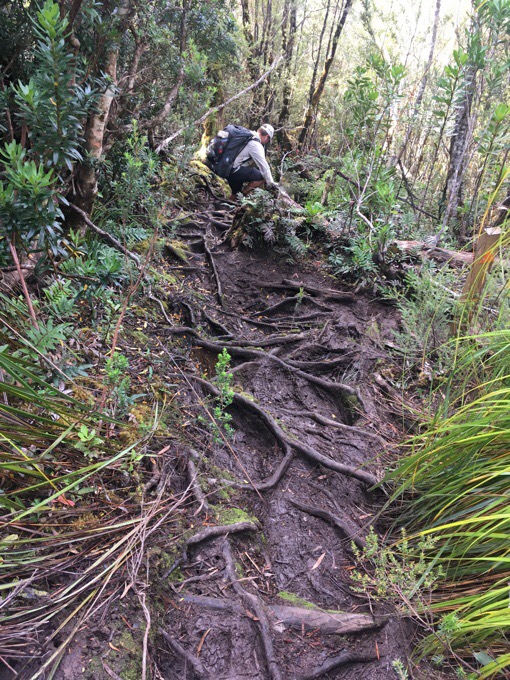 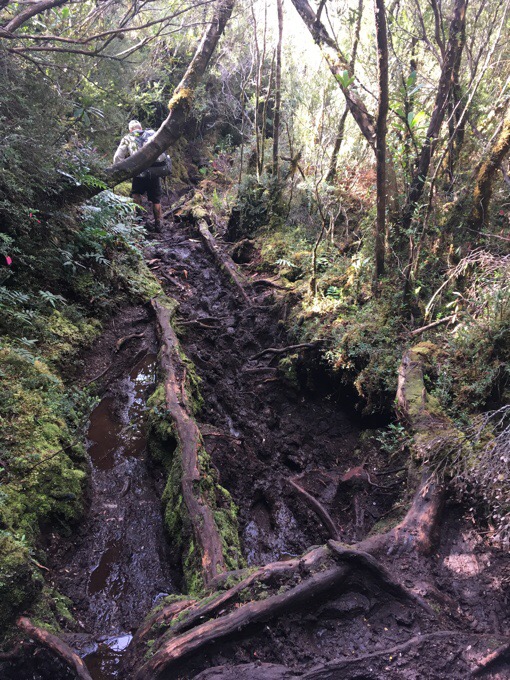 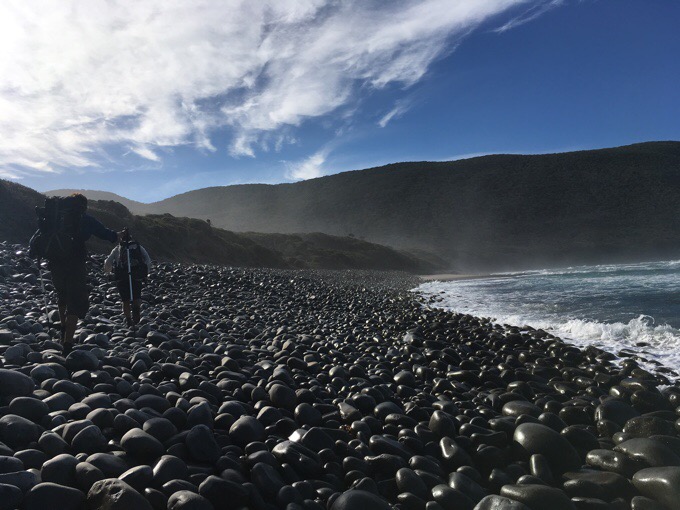 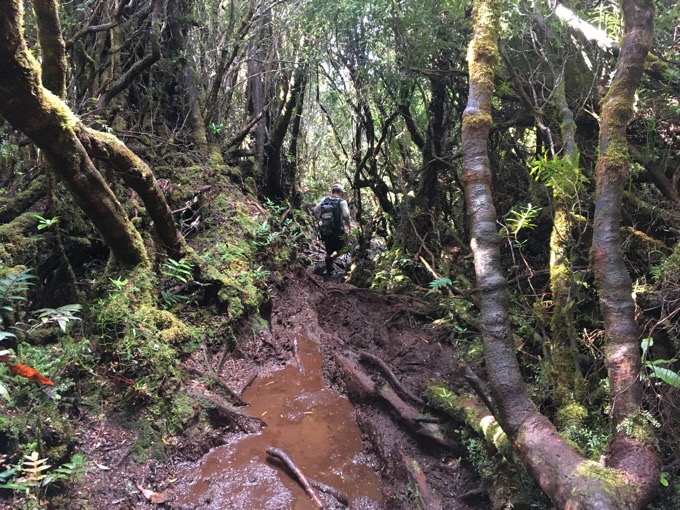 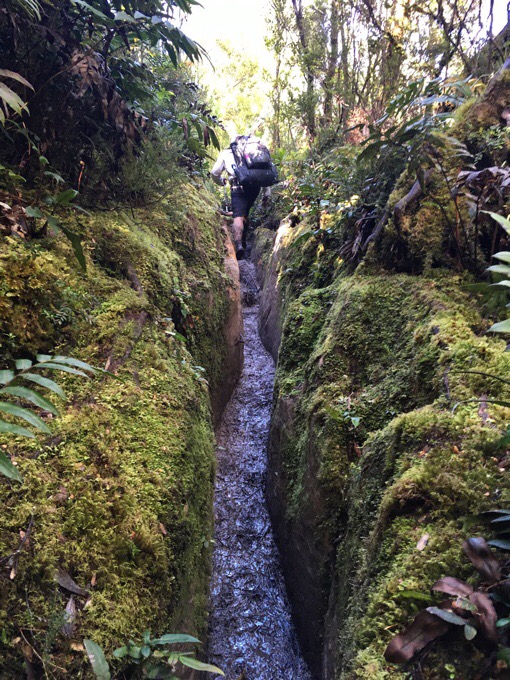 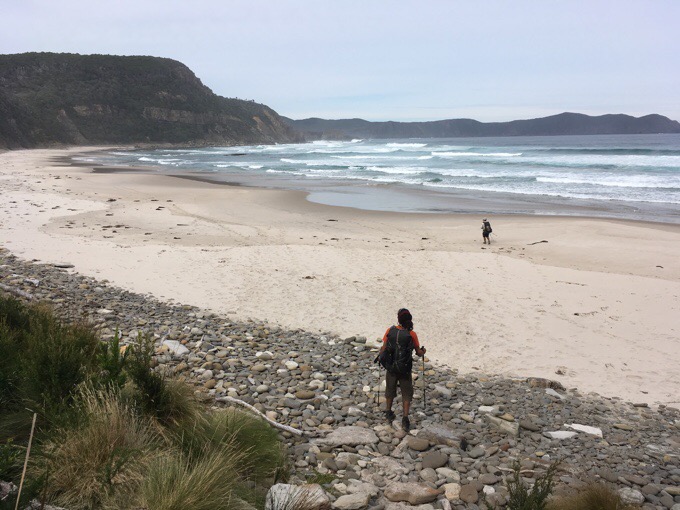 We are extremely lucky to do this track without rain though. The track is still muddy, but nothing near what it could be. We mostly had ankle deep mud that wasn’t too wet, but there are times that it can easily be thigh deep. Griggs did have one spot he slid into that was over his knees, which made for a fun photo, but for the most part, the mud was more shallow. I found one leech on my pants I flicked off, and Isaac got one on his ankle that was pretty full by the time he found it and flicked it off. 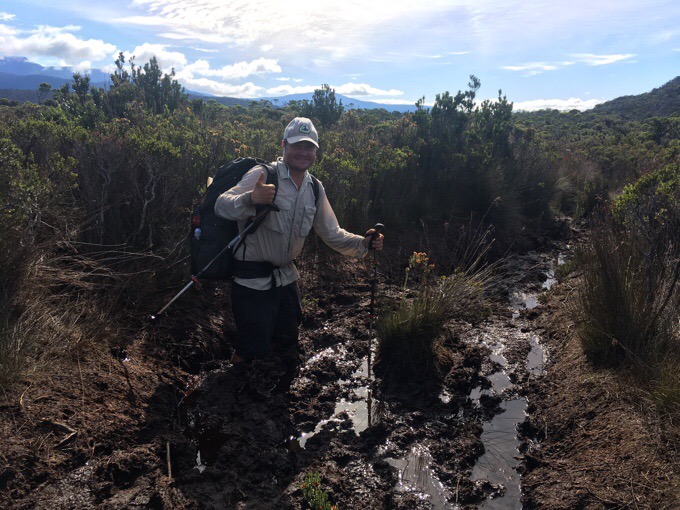 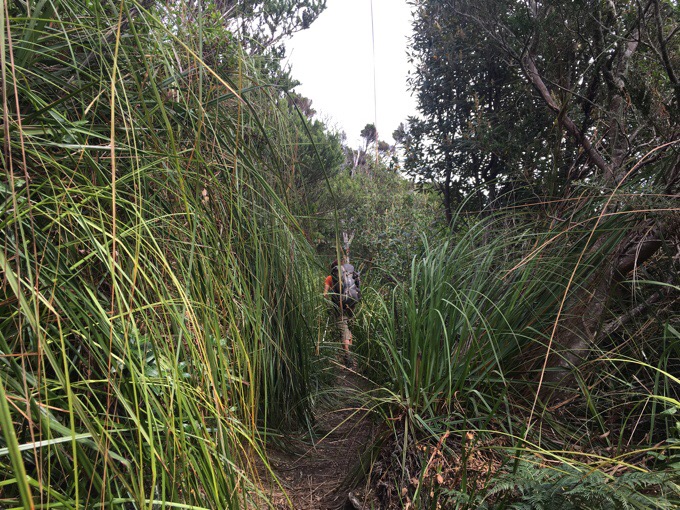 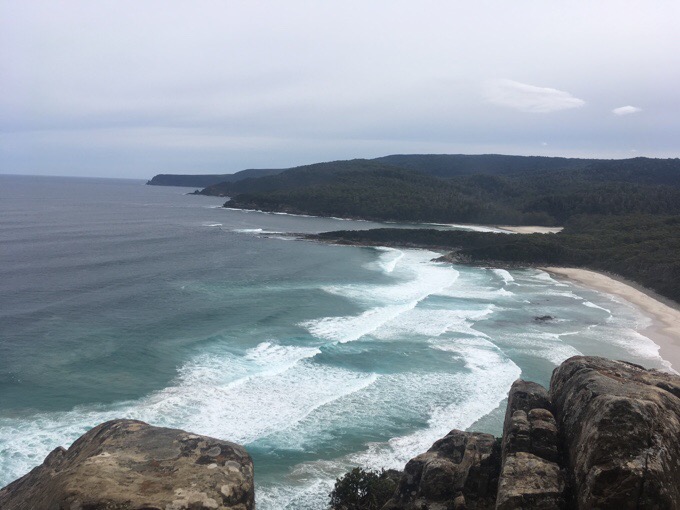 The day did feel quite annoying to be honest with all the slow track and effort with few views, so be forewarned that this track is a bit overhyped. We can see the appeal of it since it is remote and people can enjoy short days and then lounge on the beach if they like that sort of thing. 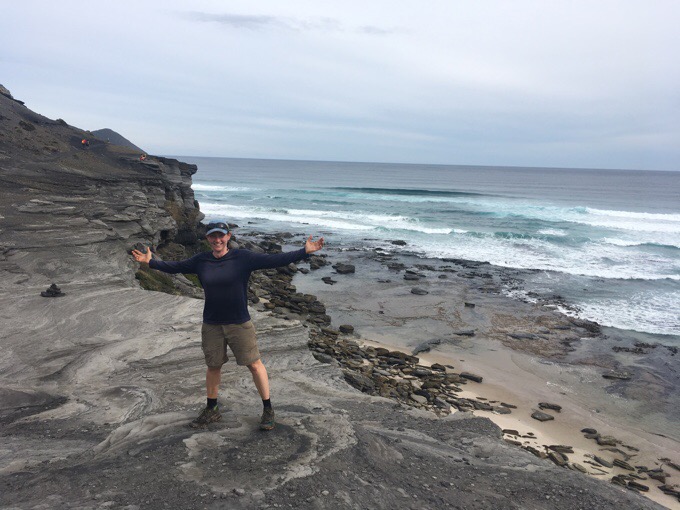 For us, we felt like we’ve seen a lot of this over the four months on the Te Araroa, so it did feel like a bit of a waste to spend the time and money to come out here to do the same thing we did on the Te Araroa. This coast does have more powerful waves though. I know there are some people who are quite fond of this track, and I know it’s improved a ton over the years, so I don’t want to say they are wrong. It’s just that everyone has personal preferences, and we seem to be fully saturated with this type of thing…particularly the muddy rooty stuff. 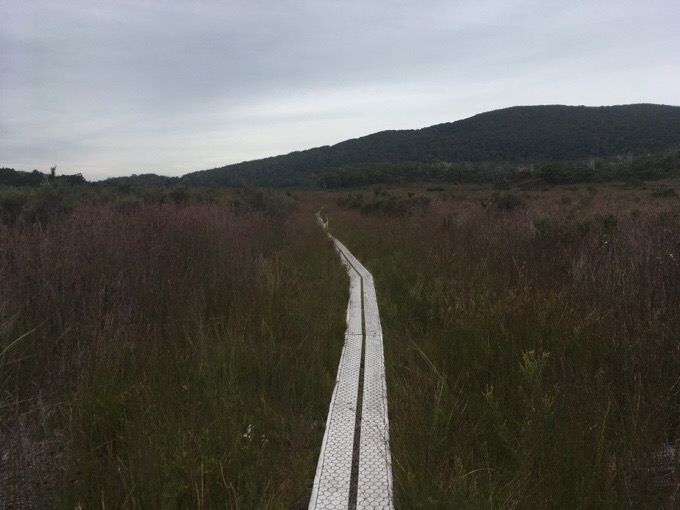 We finished just after 5pm, and Issac’s girlfriend Gabbs was waiting at the end of the track. They will give us a ride the two hours into Hobart tomorrow morning, yay! Apparently, we are at the end of the road that leads to the most southern point of Australia, which is pretty cool. 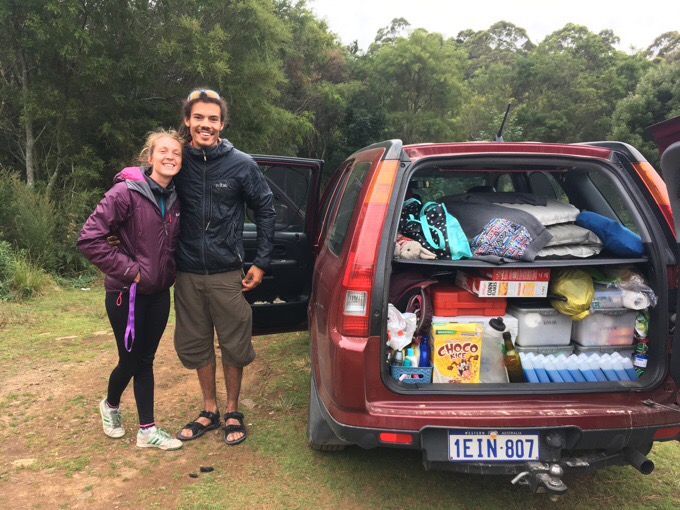 Gabbs and Isaac with their car, Einstein. 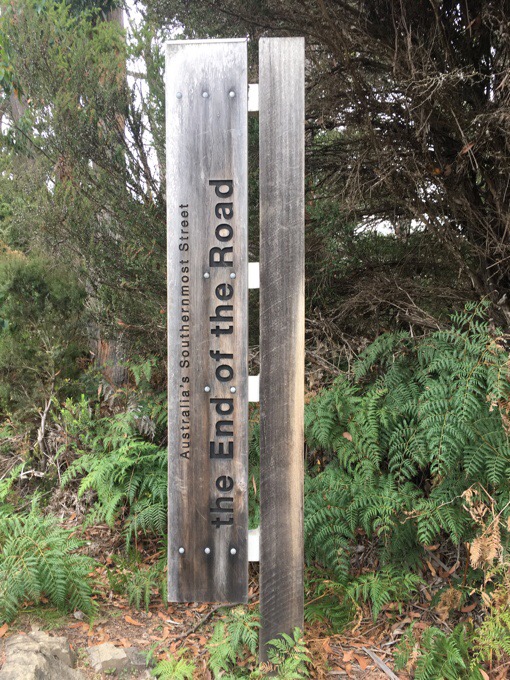 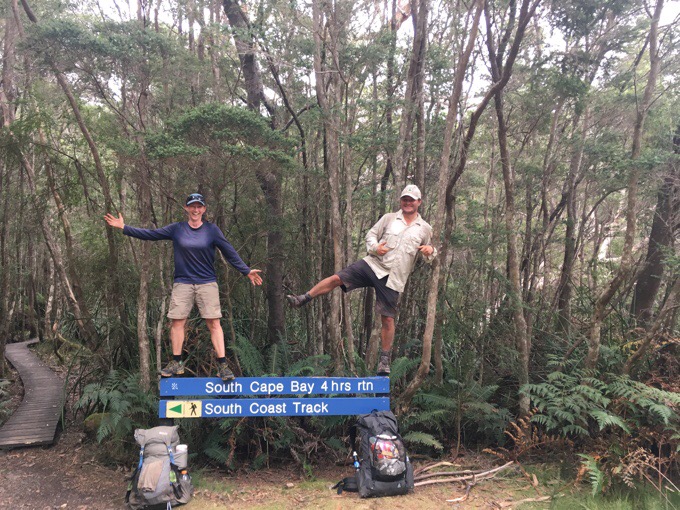 We are camped at one of the campsites along Rocky Bay with many car campers around. Fortunately, Griggs and I chose a spot furthest from the crowd and closer to the sound of the waves coming up in the bay. It’s a Friday night, and this free camping area seems to draw many locals that like to blast loud country music into the night. It was ridiculously loud until 10:15pm, and then they finally quieted to playing it much lower. It’s now 11pm and something is still playing. 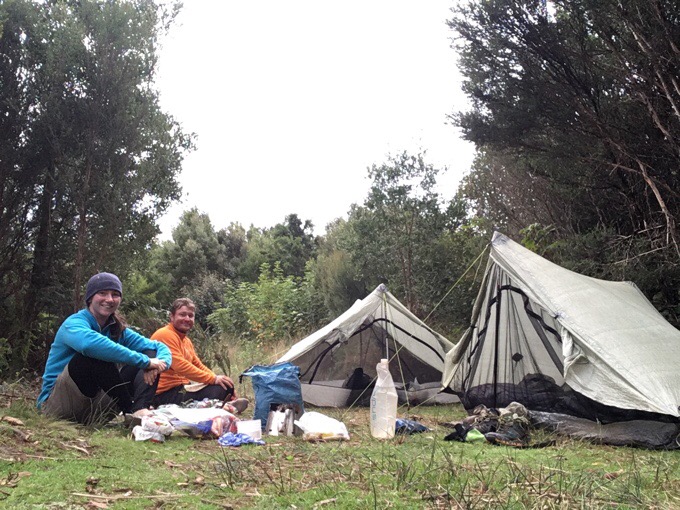 The rain is looking like it will move in soon and stick around for about a week, so our plan tomorrow is to swing through Hobart, grab a rental car again, and then hit a few short coastal hikes and sights on our list that are on the east coast where it will be pretty dry. We are less beach people than mountains, but it does seem that the places we’re headed on the east coast will be relaxing, and well worth experiencing.