Day 9: Finishing Up The Overland Track

We had just 10mi/16km to do to get to the end of the Overland Track. Since this is a wooded stretch along Lake St Clair (Australia’s deepest lake), some choose to instead take a ferry from Narcissus Hut where we stayed last night. It really wasn’t eventful. Mostly just rooted woods with the only views of the lake being if we went off the track towards the shore. 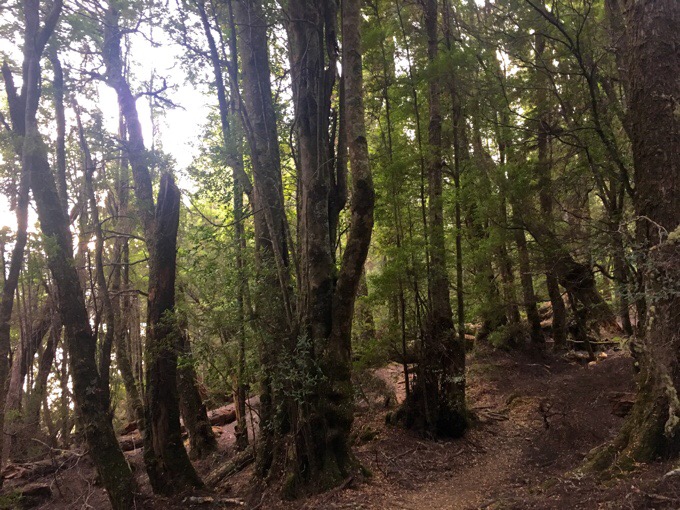 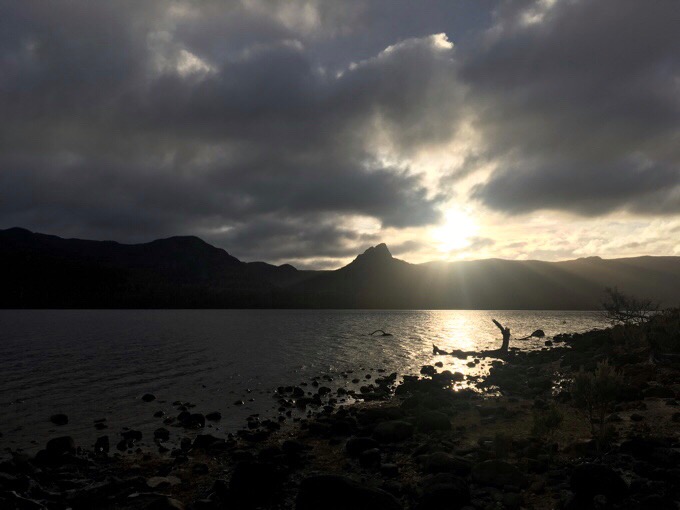 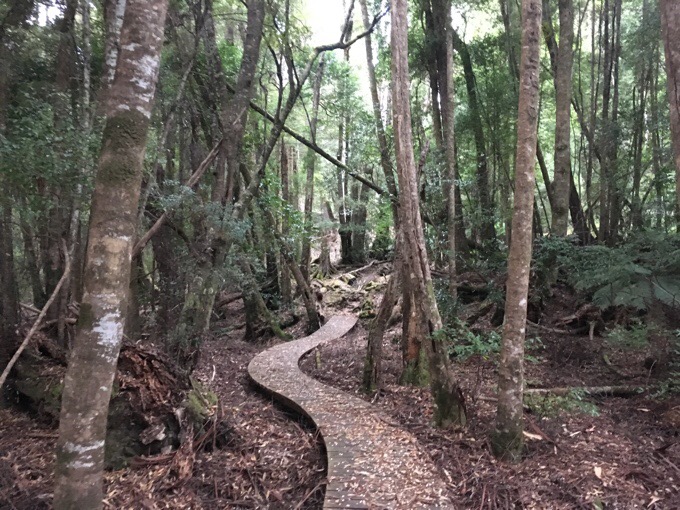 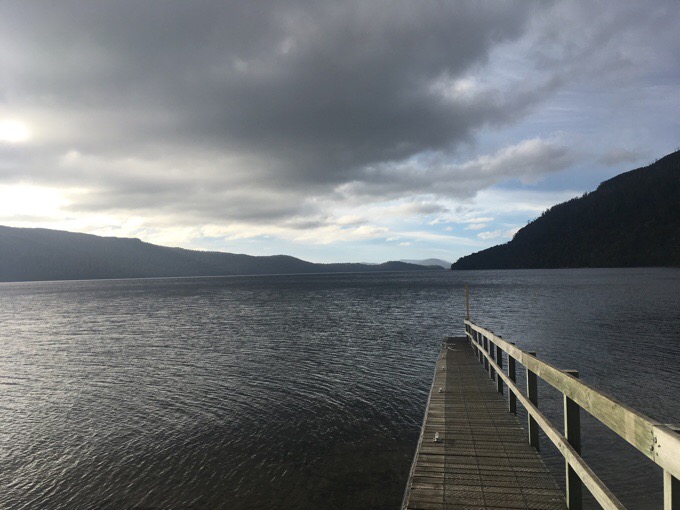 The dock at Echo Point.

It did feel like an eternity, but we made it just before 11am to the visitors center and the southern terminus sign. We took some fun photos. I can say I really enjoyed the Overland Track with all the choices and how relaxing it was. I do recommend it! 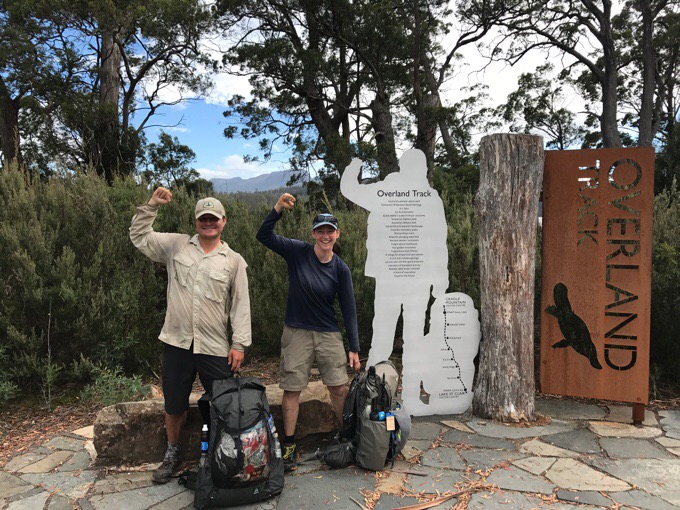 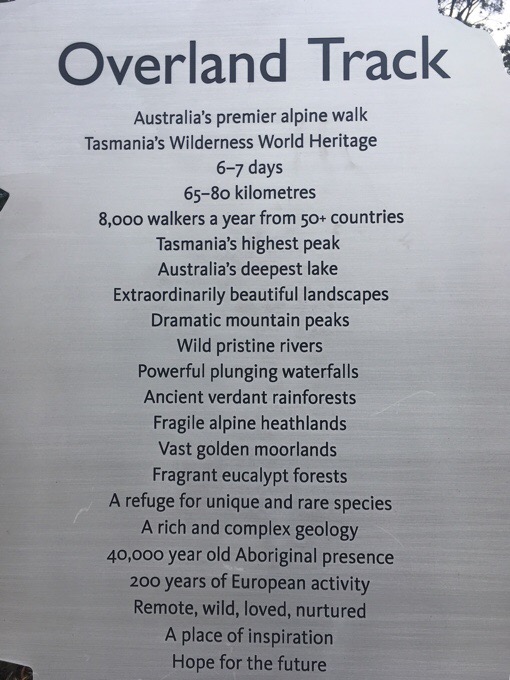 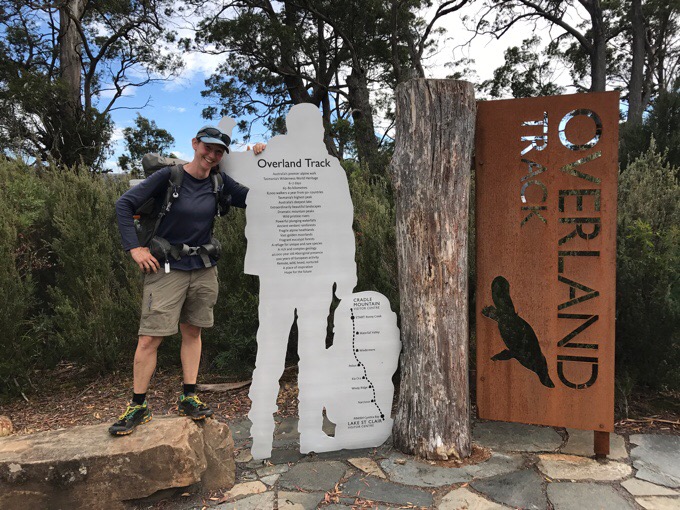 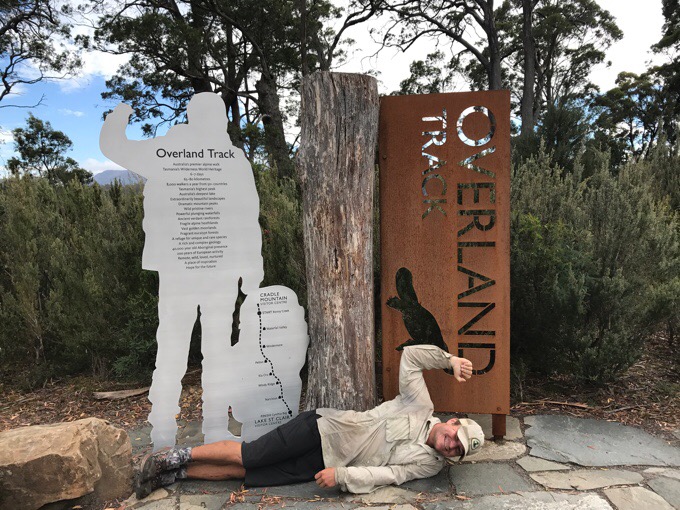 A man named Andrew who was out for a day walk gave us a 10min ride to have lunch at the Hungry Wombat. THANK YOU to Andrew from Canada for the ride and post hike conversation! 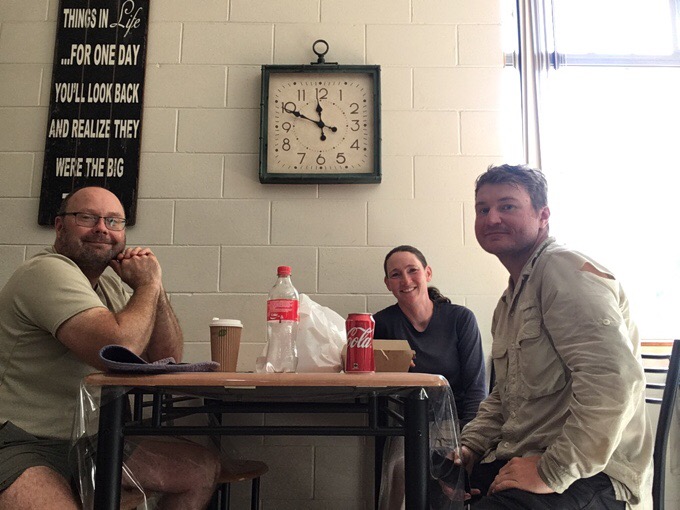 Just down the street is where we were booked to stay for the night. The Derwent Bridge Wilderness Hotel has bushwalker rooms. I stayed in a similar place last time I was in Australia and like these personal rooms rather than a hostel and they are pretty similarly priced at $35AUS/$27US. It’s very dorm-like and Griggs and I are neighbors. 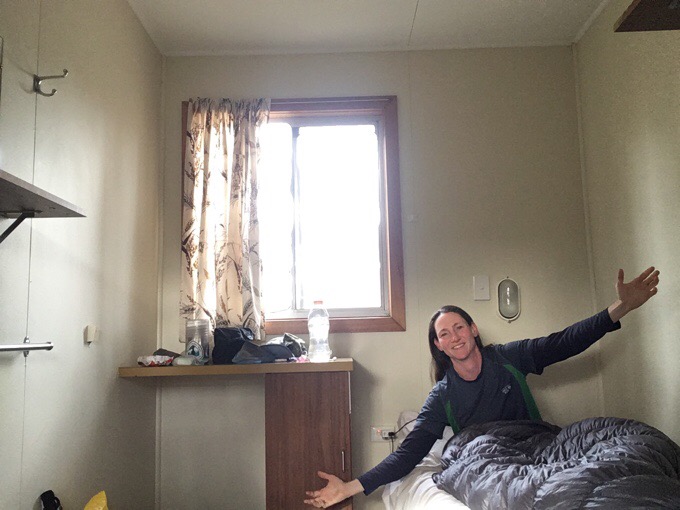 Many people that finish the Overland would head to the city of Hobart about two hours away, but we are staying over here because we intended to head towards the Western Arthurs and Hobart isn’t that direction. There is nothing here but the Hungry Wombat Cafe and the hotel restaurant. There isn’t even wifi, but it is just what we needed. A place to shower, laundry, and charge up our devices before heading out for another weeklong hike. I did however, have yet another big spider at the head of my bed! It looks very much like the huge one that was in the hut a few nights ago that may be a Huntsman spider, and was the size of my palm. It apparently rarely bites and an cause nausea, headaches, and vomiting, but isn’t deadly, ha. I was brave enough to scoop it up in a cup on my own this time. I do wonder what kind it is if anyone knows? 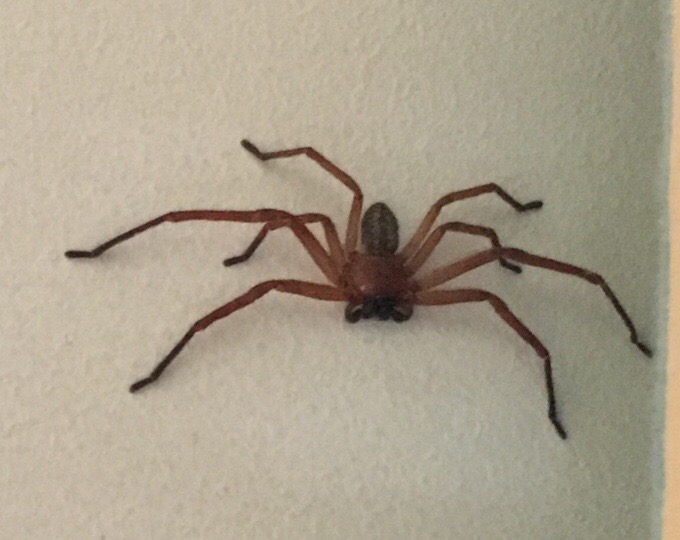 My second one of these. I think a Huntsman spider…

I spent the majority of the day uploading the last 8 days of blog posts, which was annoying to have to do in bulk, but I wasn’t able to do it from the trail. It was nice to lay down though. Tomorrow, it will rain and our original plan was to hit the Western Arthurs for a week, but as the day went on today, weather shifted to not be ideal for that hike that really needs fair weather. Our plan is now to head to the coast to do one or two shorter hikes of 2-3 days each. First up will be the Freycinet Circuit, which should be quite relaxing along the coast. Just two nights. We will catch the bus to Hobart tomorrow and rent a car because it is super cheap to do that here. Especially when it’s split between two people. We had this plan to fill in the rainy days further east with hiking on the dryer west coast side. The hope is that in 4-5 days we’ll get a shot at doing some of the ones further east in dryer weather windows.