We put on dry shoes and socks that stayed dry all day today. Mission accomplished! We did a straightforward loop hike in Mt Field National Park called the Tarn Shelf Circuit. It can be done as a full day hike, but we hiked in last night so we could also add on the out and back to summit Mt Field West, the highest point in the park. The morning started out with a crisp fall feeling with some wind and cooler air at the more alpine elevation. 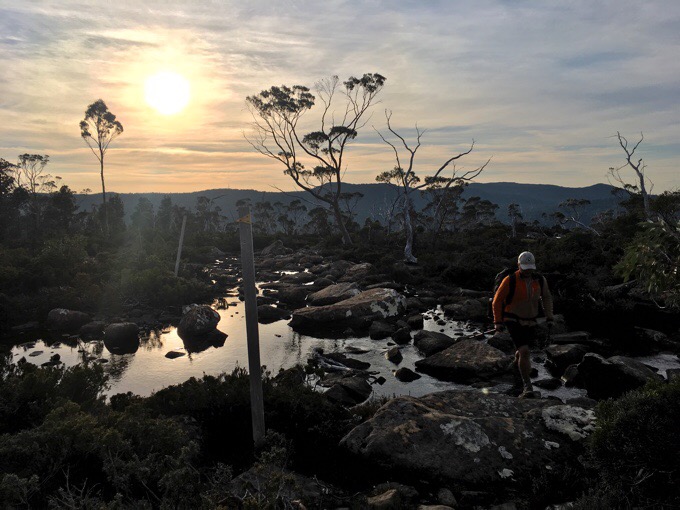 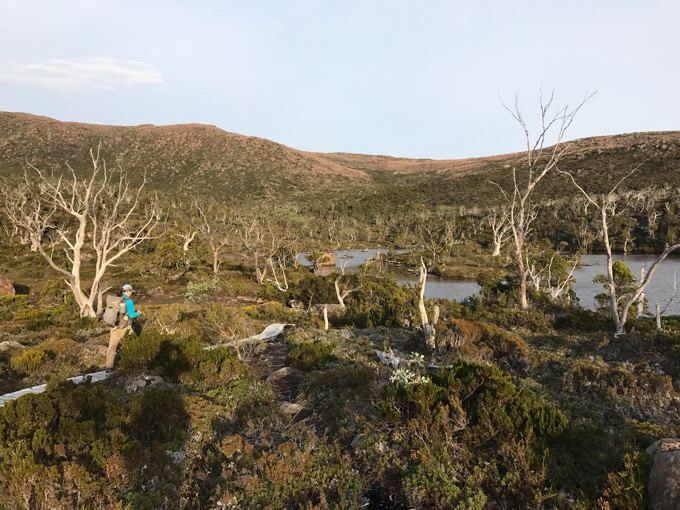 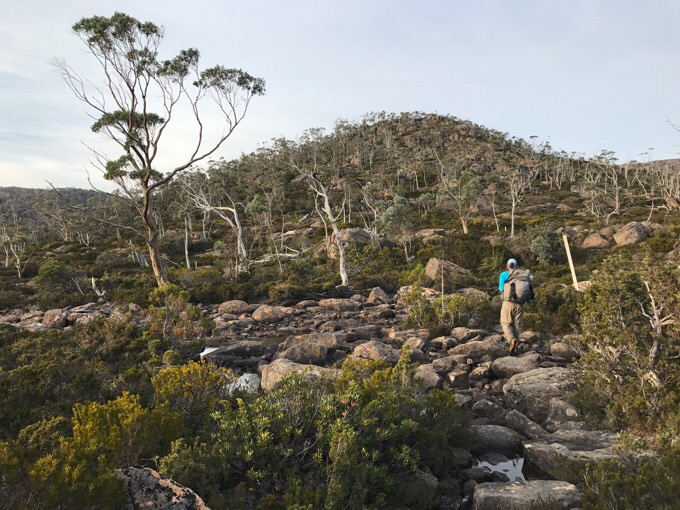 It was very serene with nice walking along many tarns on boardwalks, trail, and rocks. This is also a popular place for skiing in the winter, and we could imagine that. We were quite happy to have chosen to do this more relaxed hike today after coming out of the Western Arthurs yesterday. 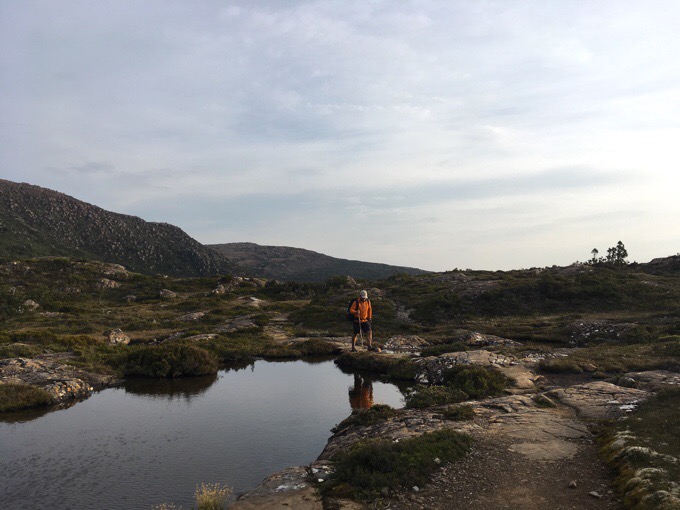 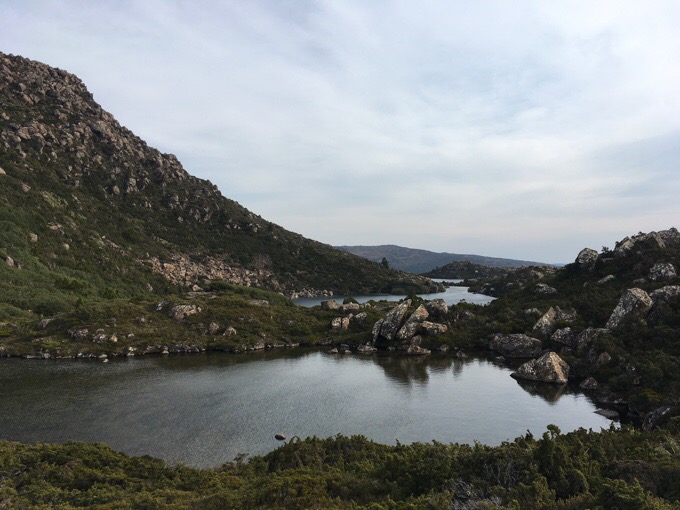 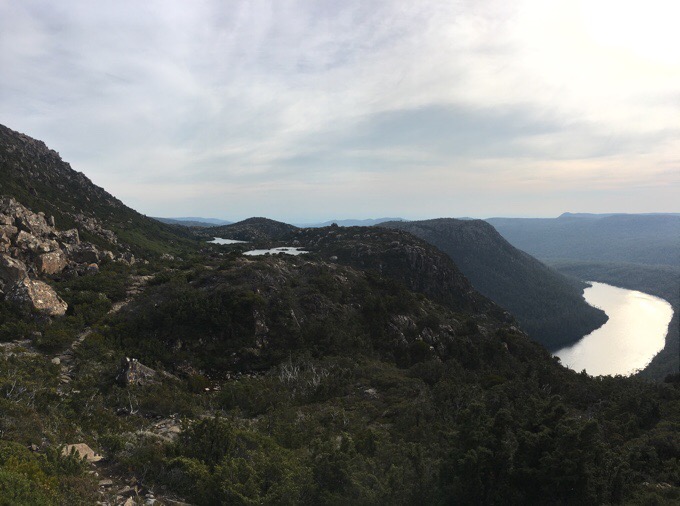 Once we got to the side trail for Mt Field West, there was a lot more rock hopping through a boulder field. I think it was about two hours each way with over half of that being on rocks. There wasn’t a lot of elevation, but it was slower going on the rocks. 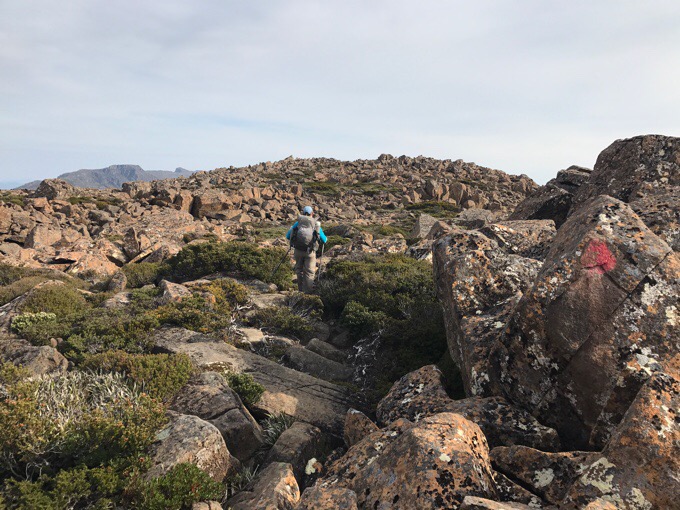 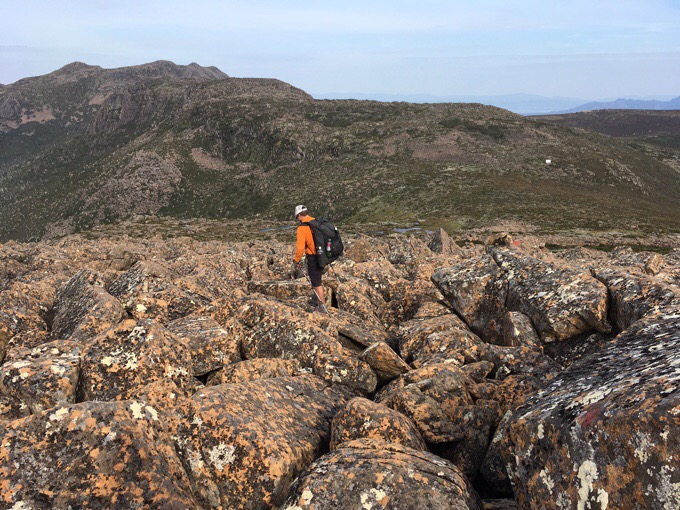 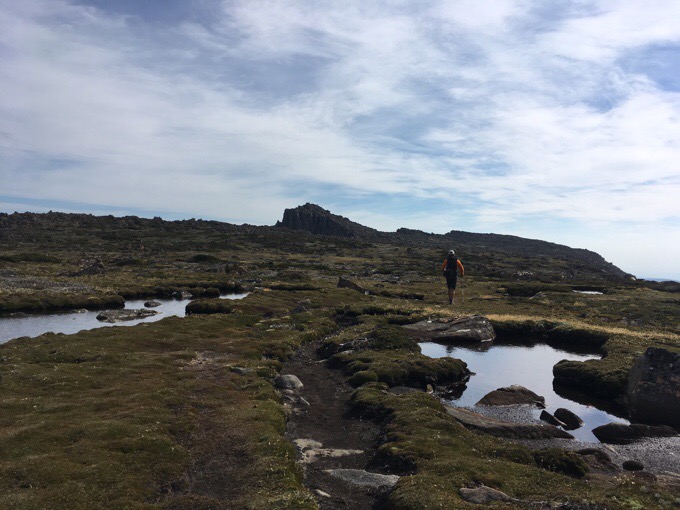 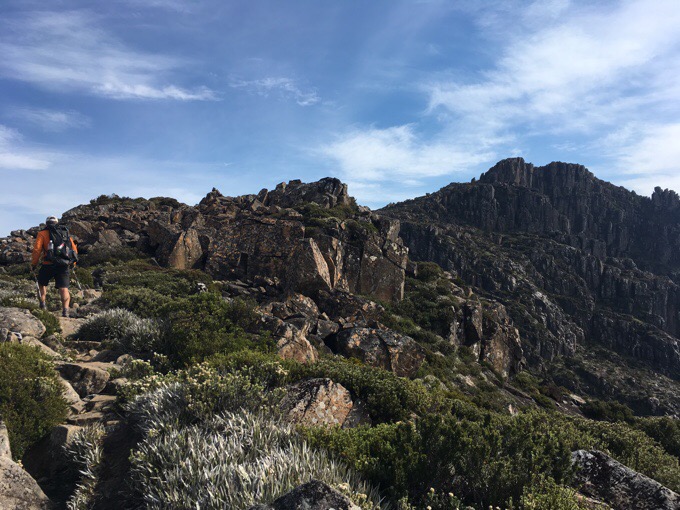 The view at the top of Mt Field West was nice even with the hazy skies today. This is just about an hour and a half outside of Hobart, and is a great spot so close to the city. 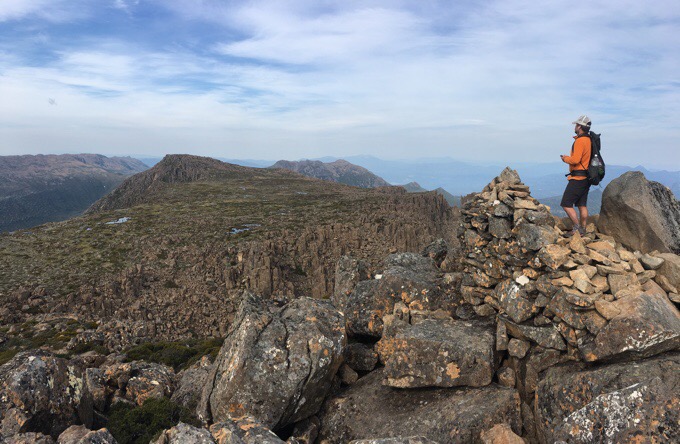 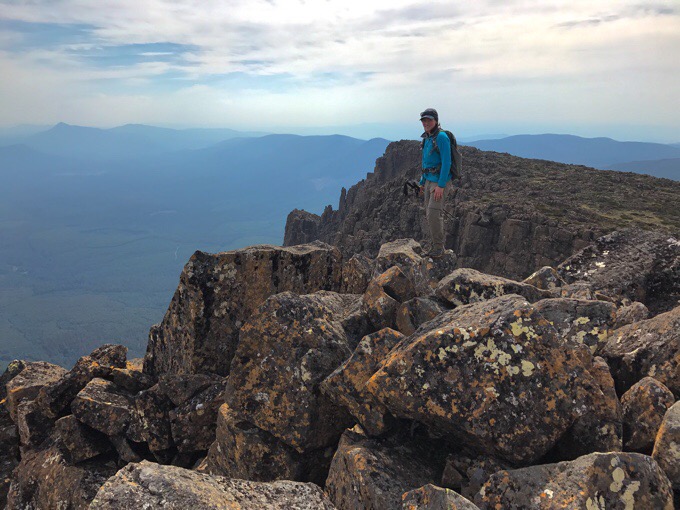 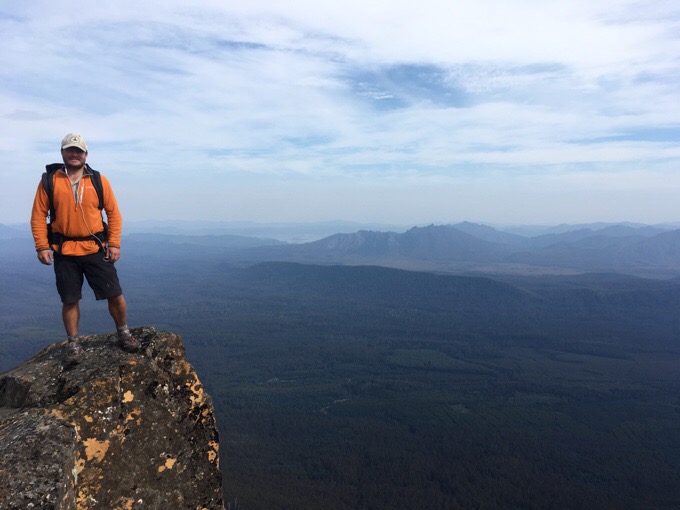 On the way back from the summit, we had lunch in one of the shelters (for day use). It was very convenient to have the shelter there for this cooler windy day. 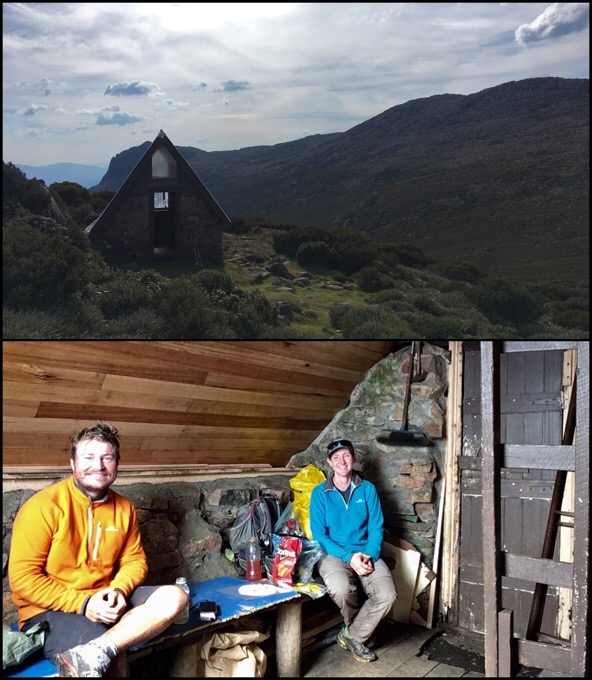 The rest of the hike out took a couple hours, and we were back at the car around 4pm. 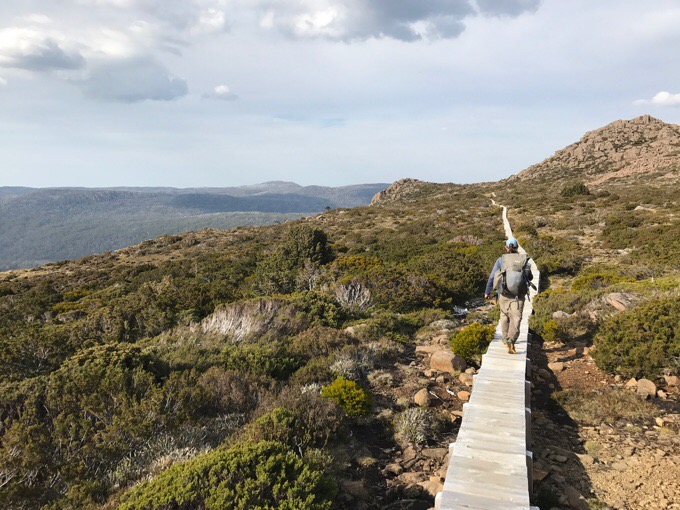 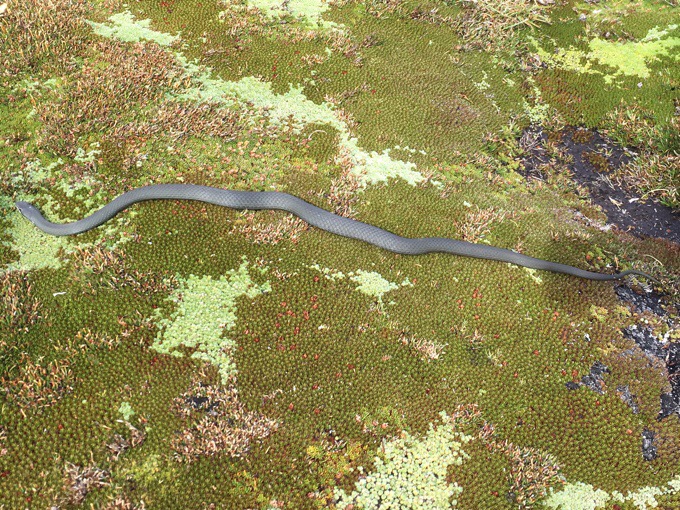 Finally got a snake photo. It was too cold for it to shoot off.

We have two days left in Tasmania, and both have rain in the forecast. It looks like tomorrow will have the least chance of rain on the coast, so we decided to head toward the popular Bruny Island where it may rain a little the second half of the day. I think we both could easily spend the next two days lounging in a hotel, but we want to try to stay motivated to go somewhere if it’s clear enough to enjoy being outside. Pretty incredible to be here over a month and to have bounced around to where the fair weather is so we hardly ever had to deal with rain. Tasmania is so great that way with everything so close together, and usually the option to usually drive somewhere that it isn’t raining.

We found a great place that offers camping at $10AUD/$8US per person to camp just outside of Hobart. It’s called the Lea Scout Centre camping area. By the time we figured out what we wanted to do, and got to the camping area, it was 6:15pm, and too dark to get the photo of our final night in the tents, so I took one in the morning before posting the blog. 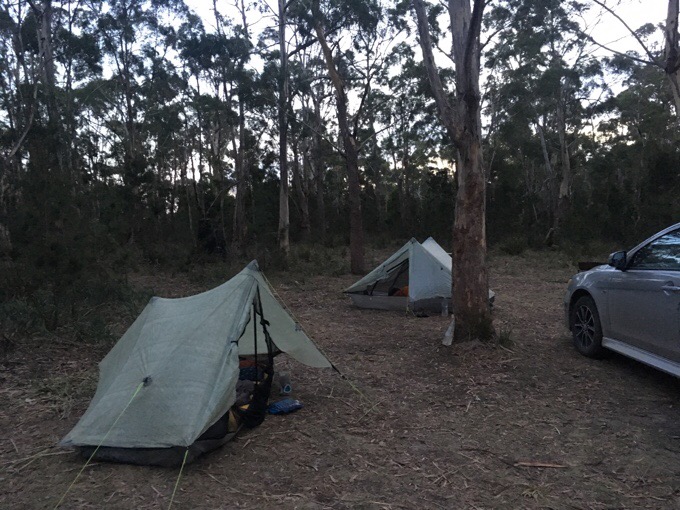 We have lodging booked for the next two nights before we fly out. It hasn’t hit me yet that 9.5 months of travel, mostly sleeping in my tent, is coming to an end. I’m sooo ready to return home and hermit. Griggs is ready to rest up and visit some of his family for a month before setting off on the Continental Divide Trail. He’s been going back to back like this for the last two years, and shows no sign of slowing or stopping. I like the extended breaks between trips/hikes to hermit and relax at home for awhile and save up while I return to substitute teaching and babysitting. Griggs is fortunate to have good investments that continue to grow steadily, so he has no need to return home to save up. I don’t think I could have that endurance to do it back to back as long as he has, but it is pretty cool to be so free. Ok, I’m nodding off as there is some nice white noise from wind in the trees. It’s the last night in my tent, and I’m super comfy! Goodnight:)