It’s been a few days since I’ve posted in this transition time back to the US. I’m writing this from the Melbourne airport as I await my flight HOME to Portland, OR. Griggs and I spent our final day in Tasmania in Hobart on a rainy day. It was great to relax for the day. We did manage to leave the Inn to have lunch with someone that lives in Hobart and we met back at the beginning when we were in The Walls Of Jerusalem. We met Belle and her friends while we were sitting out a day of rain in a hut and they came through for lunch. We didn’t exchange names, but a few days later, I got an email from Belle. Days before meeting, her news feed on her phone recommended my blog entry, apparently knowing her interests. She has read it, but when it reappeared in her recommended articles, she put it all together and got in touch. Belle was a great resource and assistance to us as a local recommending the best parts of places we went. It was great to see each other again before we left and have lunch with her and her husband Stuart. THANK YOU Belle:) 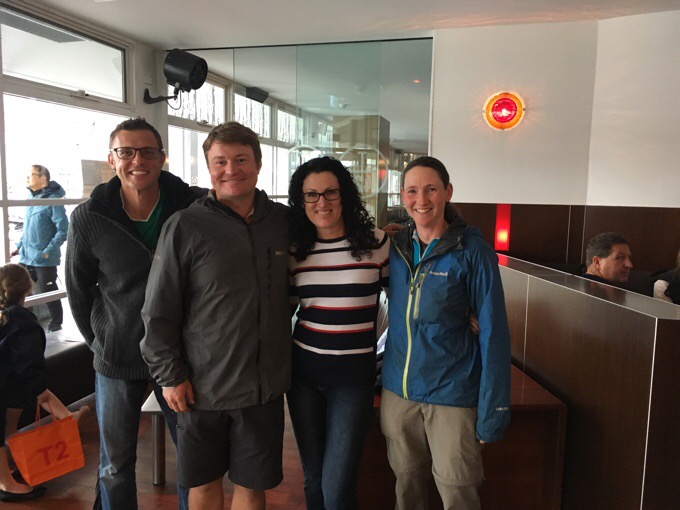 We did attempt to drive up to Mt Wellington overlooking Hobart, but the clouds were too low. I really enjoyed Hobart, and it was the perfect home base for us between trips. 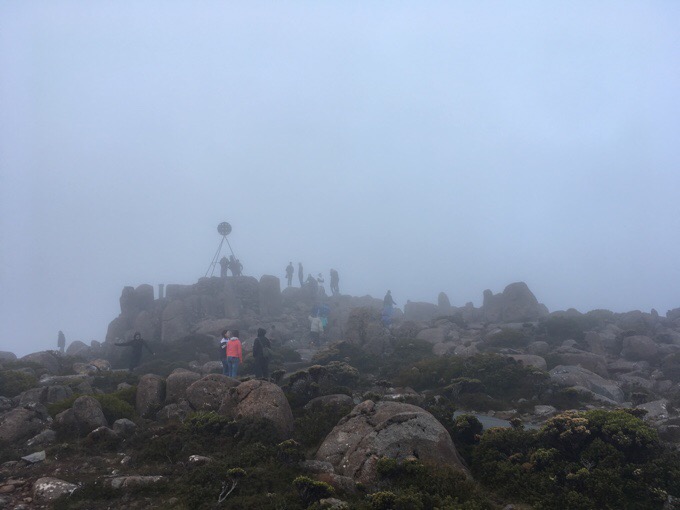 A fogged in Mt Wellington.

The next day we flew to Melbourne. My nephews, who are obsessed with any type of vehicle were excited to see my plane as we Skyped from the airport. I got each of them a little stuffed animal from Australia that is oh so soft and I can’t wait for them to get them. Usually, I visit them in Chicago immediately after my travels, but this time, I’ll be waiting until Memorial Weekend which isn’t too much further away. 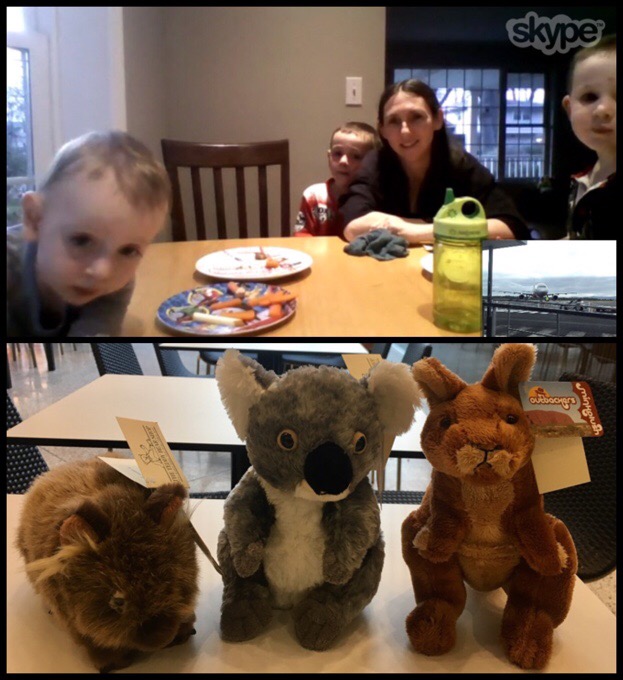 Melbourne is quite the major busy city! We were there for two days, and it was really busy and overwhelming. We did walk around a lot, but didn’t do any major touristy thing other than eat. 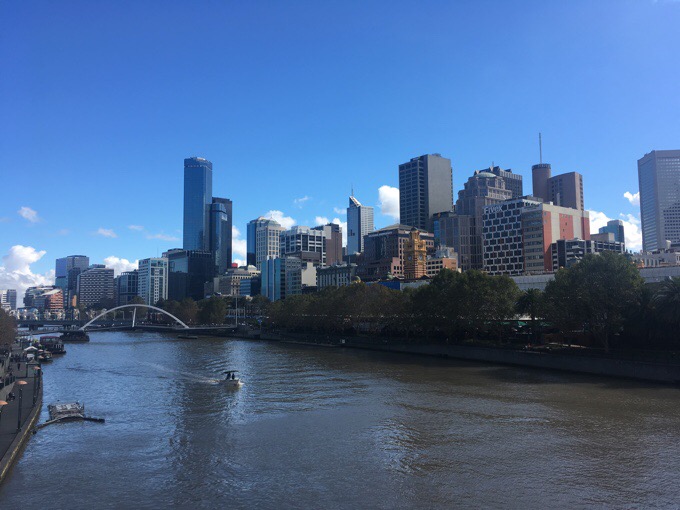 Melbourne from the south bank of the Yarra River.

We did meet up with local people I’d met through the blog. We had lunch one day (at Subway with chocolate milk of course!) with Frank who has followed the blog for years. It was nice to meet him and have time to hear about his Tasmania experiences along with other Australian trips. Great to meet you Frank and THANK YOU for lunch:) 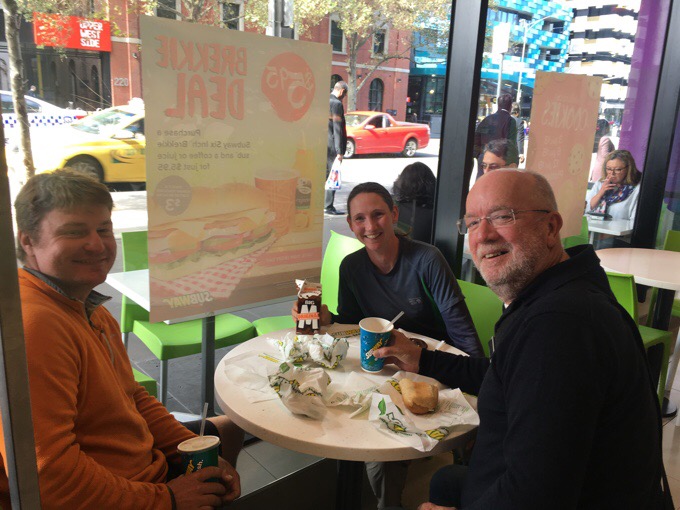 Our stay in Melbourne was made quite special as we were hosted by Gary, a very kind blog follower. We hit it off quite well, and it was nice to have a place to relax and decompress. THANK YOU Gary for being such a welcoming host! 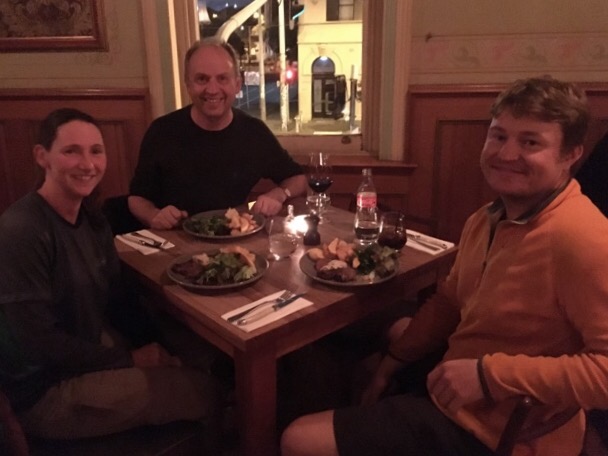 On the day we each flew out, Griggs had a morning flight, and mine was later in the day. Griggs has just a few weeks before he starts the Continental Divide Trail. He will visit family in LA and then back on the east coast before starting May 5th. Here he is bright and early as he gets his Uber to the airport. Farewell to Griggs! Again, I wouldn’t be surprised if we pair up again in the future. It was a great pairing and I am excited to follow his CDT hike on Instagram. 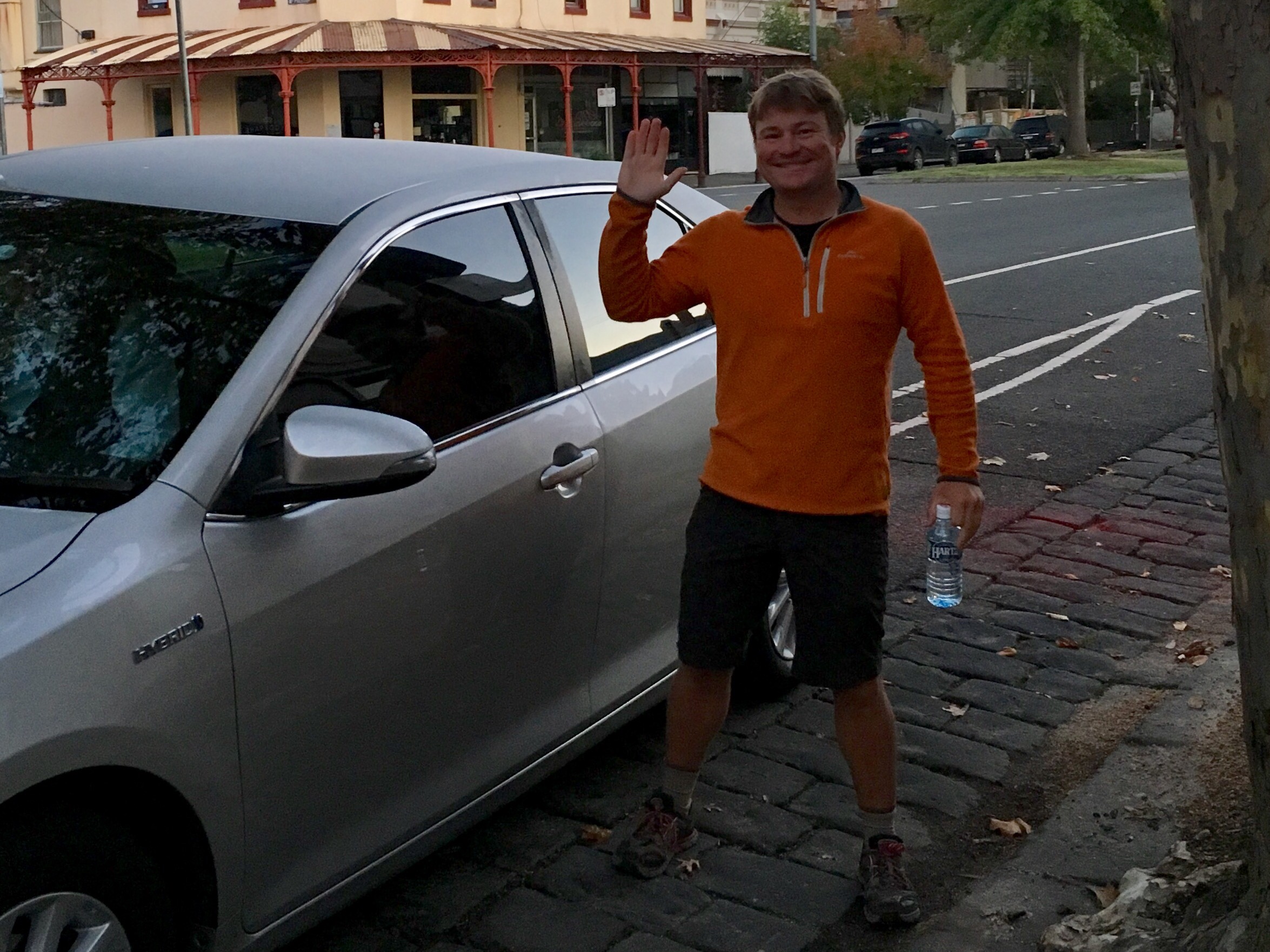 Finally, I had one last Australian meal with fellow TA hiker Sofie, who I overlapped some with and is now living in Melbourne and her friend Ana. I had to make this last meal a celebratory one and got an indulgent milkshake. Now that’s how you end a trip! Great to see you again Sofie!!! 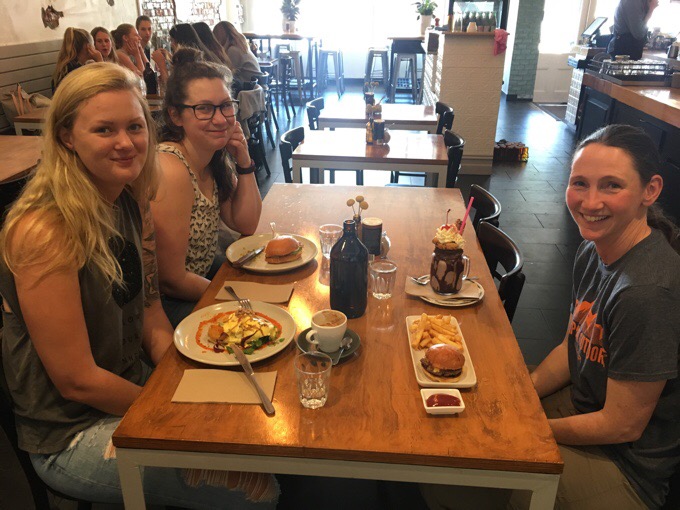 A final Australian meal with Sofie and Ana. 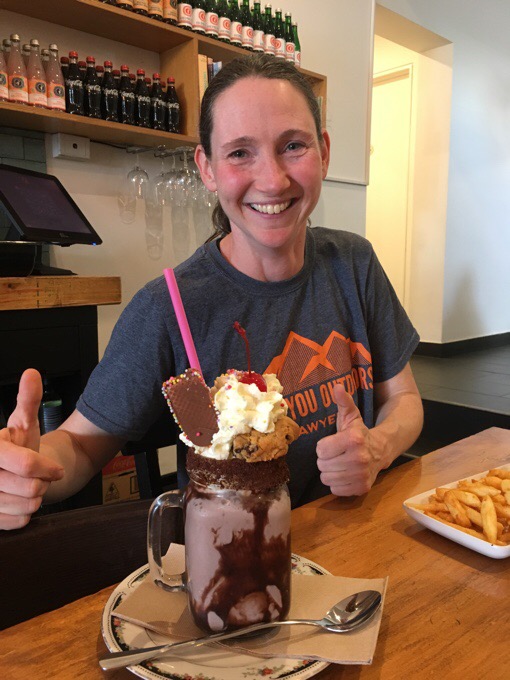 Now THAT’S how to end a trip!

I am now posting this from the Melbourne airport, and will be HOME in 24 hrs. I’m quite giddy to return, relax, get back to work (sub teaching), and reconnect with my Portland community. I have plenty of Downton Abbey episodes loaded for the flight and Oreos, so I’m all set:) Again, my plan once returning home is to work for the next two months to finish out this school year, and then I will head to Europe (for the first time!) to do the Pyrenees High Route for 1.5 months and visit some places out there. I’m really excited about that route!

I do already have one public event on the calendar planned. REI is kicking off their Force of Nature campaign that celebrates women in the outdoors. I’ll be there on a panel with other women, and it looks to be a fun social event to meet and socialize with outdoor women. Women, it’s free, but limited, and spots seem to be going fast. Please only register if you’re really planning on attending so you don’t take the place of someone else wanting to attend. See you there:)

Again, thank you to all of you for making this blog such a special experience and adding a deeper level to my travels by being able to share it with so many people around the world. Many of you left very kind comments and well wishes on the last post, and I just want to thank all of you. I’m quite a lucky gal, that’s for sure. Ahhh, plane is boarding. Goodbye everyone. Time to go home and take a break:)