*Note: There was a major update in the WordPress app I use, so not sure if this will look different. I’m short on time and can’t figure out how to put in captions yet.

I did sleep in, eat a nice late enjoyable breakfast buffet, and laid in bed until I had to check out at noon. I could have easily laid there all day with it being that time of the month. I started the movie, “Fantastic Beasts and Where To Find Them.” It came out last summer and is kind of a side movie for Harry Potter fans also written by JK Rowling. It is a bit too much fantasy for me so far, but the Harry Potter podcast did a special episode on it I want to listen to, and I happened to have it in my stock of unwatched movies on my phone.

The plan was to do a half day of hiking to end at a spot that the guidebook estimated as taking 5hrs 45mins to hike. With how I was feeling, that was sufficient and that was also Klaas’s relaxed goal for the day. It was mostly uphill as expected for leaving town. It started off nice and wooded and then broke out into open space after passing a refuge. 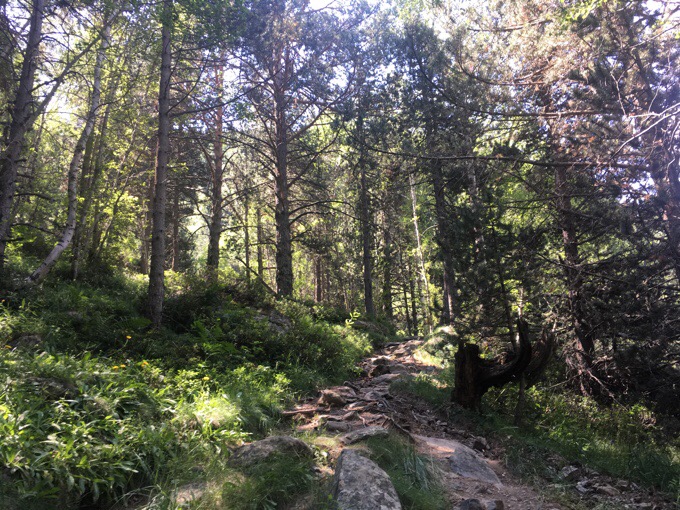 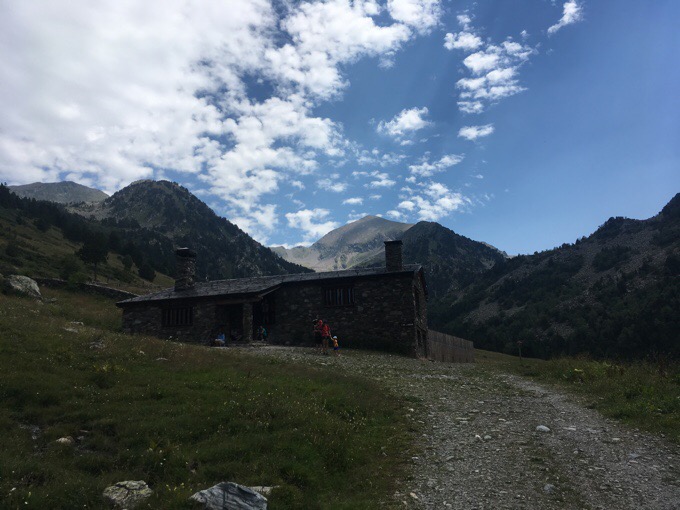 Weather was great for hiking with a cool breeze and some clouds to block the sun at times. It was a Saturday, so lots of families and people were out day hiking. 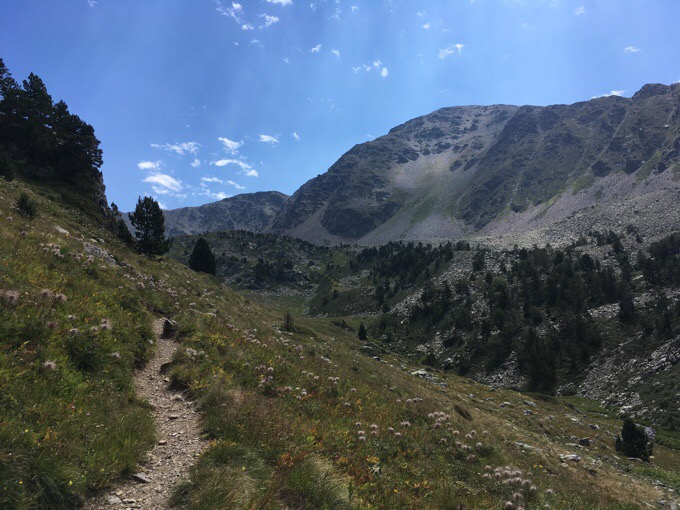 I kept a steady pace and was really surprised when I made it to the top of the climb of Coll dels Meners in 2hrs 15mins when the book predicted 4hrs. That’s way faster than the estimate. This happened yesterday as well. The guidebook seems to be giving longer times than usual and I’m well ahead of them. 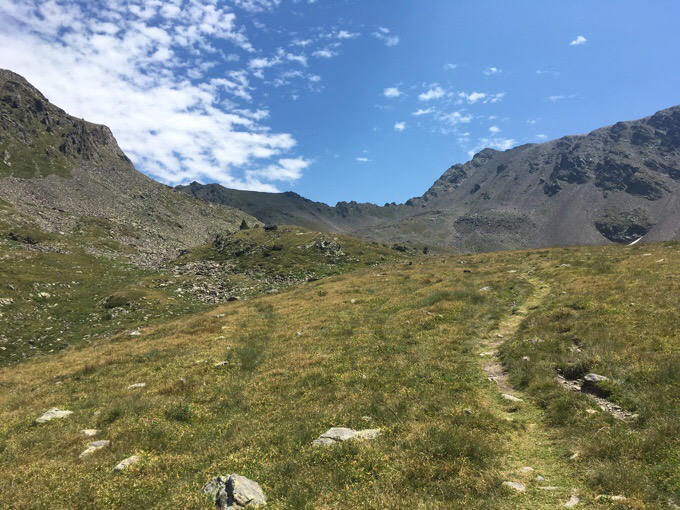 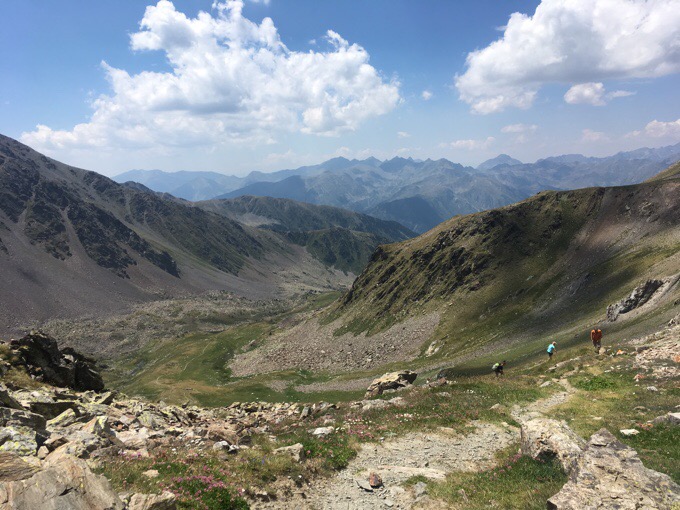 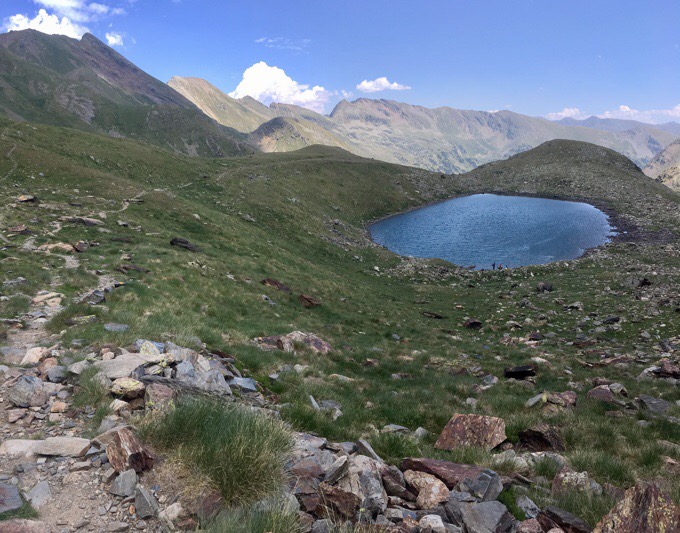 Then I had a descent to my planned endpoint of the Cabana Coms de Jan. For some reason, the guidebook tells you to take the less common of the options to arrive at the cabana (a small hut) and it didn’t go. I even used the waypoints given and something wasn’t right. I ended up having to bushwhack steeply uphill to get back on track and that was annoying. Klaas was there when I arrived and had the exact same thing happen to him, but an even more annoying trek up to the cabana. Here’s a photo of the valley we both got stuck going down too far. The cabana is not seen, but is above the trees on the left. 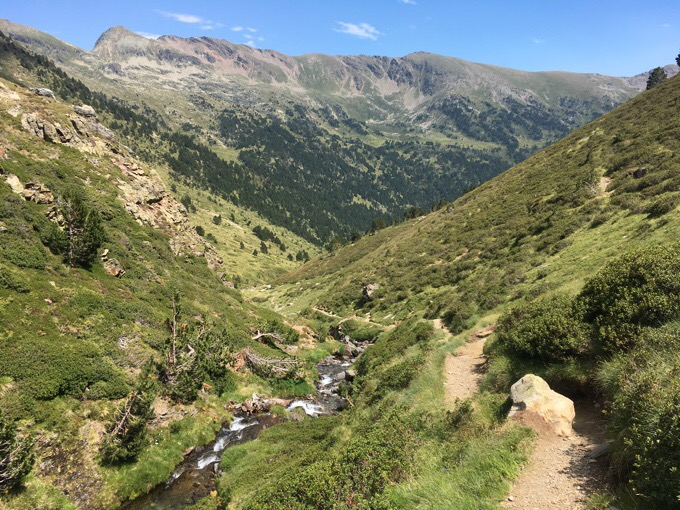 I had gotten there a full two hours earlier than the book projected. It was only 3:45pm, so I told Klaas I planned to hike on after eating some lunch. He wasn’t thrilled to sit either and was stoked to hike to the next unmanned refuge at a lake 2hrs and 45mins away. I wasn’t really wanting to hike that far, but we both figured it would probably be quicker given the pattern the last two days. I ate lunch and Klaas got a head start. It was a steep, but straightforward climb and it was ridiculous how fast we got there. 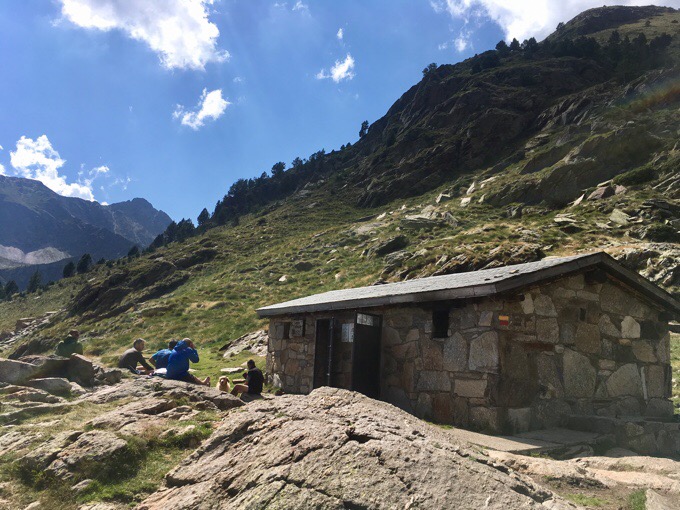 I hiked the projected 2hr 45min section in 1hr 20mins. Half the book time! Klaas sped through too and we both arrived at 5:40pm quite excited that it was so overestimated. It was steep though. 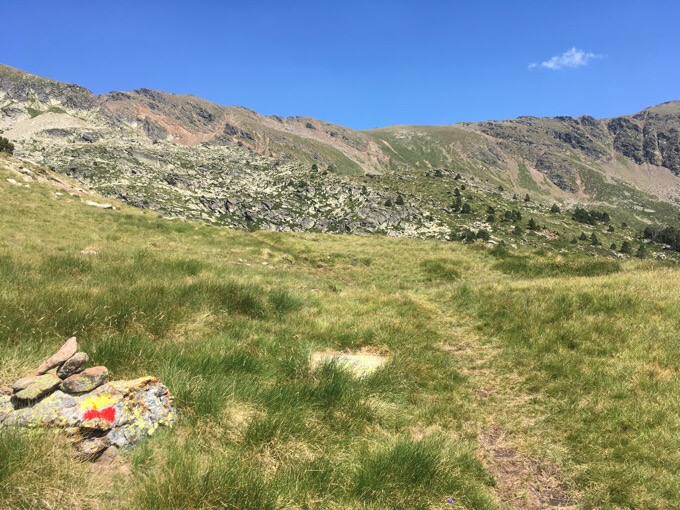 We were happy with out choice as the setting here is much better. When we arrived, there were locals swimming in the dammed lake (Estany de Cabana Sorda) and Klaas took a swim too. Way too cold for me. The refuge is down next to the lake. 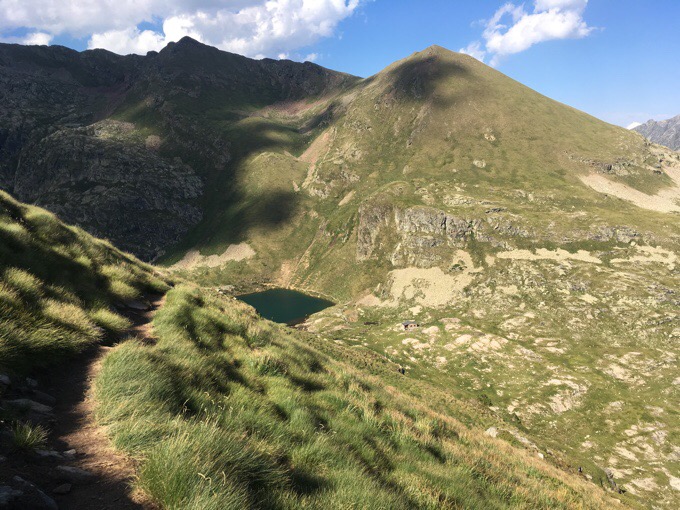 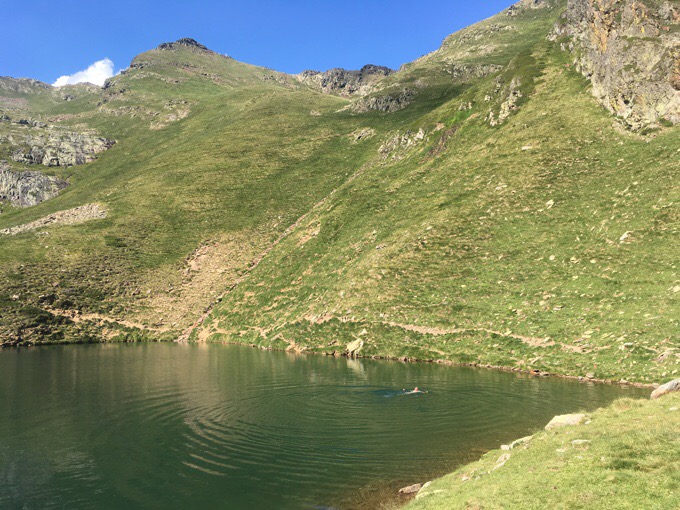 The young locals left and just two other guys from Barcelona are in the Refugi de Cabana Sorda with Klaas. I chose to tent since it’s a Saturday night and more will probably arrive. There isn’t a toilet here. With it so close to a nearby village, it’s pretty gross and one big toilet it seems with lots of toilet paper and crap around. They don’t have a strong habit of burying it like in the US. A group of I think four arrived just before 9pm and I’m glad I’m in my tent. 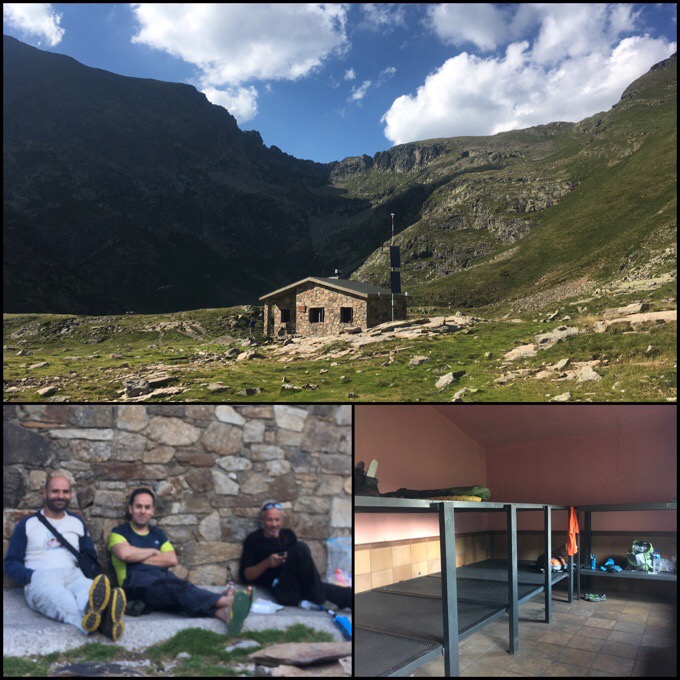 Tomorrow will be interesting. The original plan had me not arriving in a resupply town, but with the timings going so fast, I’ll for sure arrive tomorrow, which is a Sunday. I was not wanting to spend the night in town, so I am hoping that since it’s a busy through village with a major road running through and train stop, that the store will be open. If not, I’ll have to spend the night. It’s worth a shot, so I’m just going to hike and hope it’s open. My body won’t object to another night in a bed if it comes to that. Klaas also didn’t expect this and has a reservation tomorrow night for the refuge 3hrs away. He will sleep in, hang out, and then hike those 3hrs tomorrow. His wife and son are meeting him in town the day after tomorrow to then hike some days with him, so he has no reason to get to town a day early. 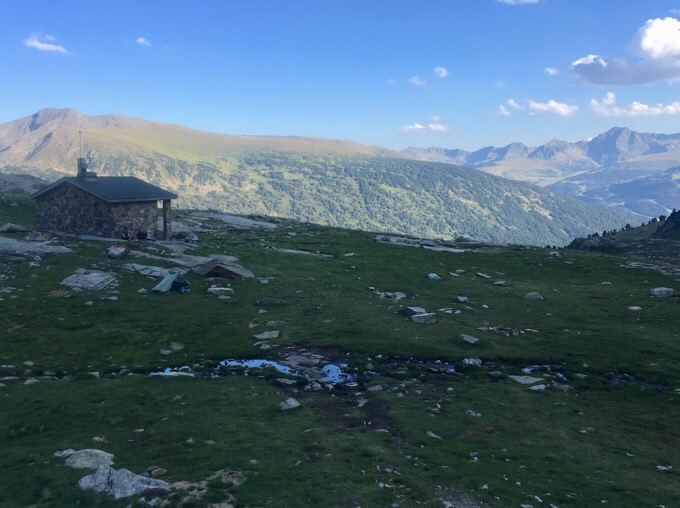 Notice my tent to the side of the refuge.

Ok, off to hopefully sleep early! The group of four are standing outside talking so no sleep yet. This part of Spain is especially late with dinner and bedtime, so I’m the odd one tonight and I just need to hope they go to bed soon. It’s only 9pm, and I’m so tired I’ll probably have no problem sleeping anyway.