Day 35: Round Two With The Heat

August 5th
Near Mouli Serradou-Font de la Tanyareda
Campsite Elevation: 3461ft/1055m
*No mileage available. The guidebook lists distances on the route by time rather than miles.

Welp, it was another day in the heat as I inch ever closer to the Mediterranean Sea. I peeled myself off my sleeping pad and started hiking at 7:30am. There was a climb up to a bit of a ridge walk that was unsatisfying. I think the point was to see the Mediterranean Sea for the first time, but it was a bit rugged and just uncomfortable in the heat and the sun right in front of me. There was an option to be more direct and stay on the GR10 and I kept thinking of how that would have been more enjoyable, but I think that was due to the overall discomfort in the heat. 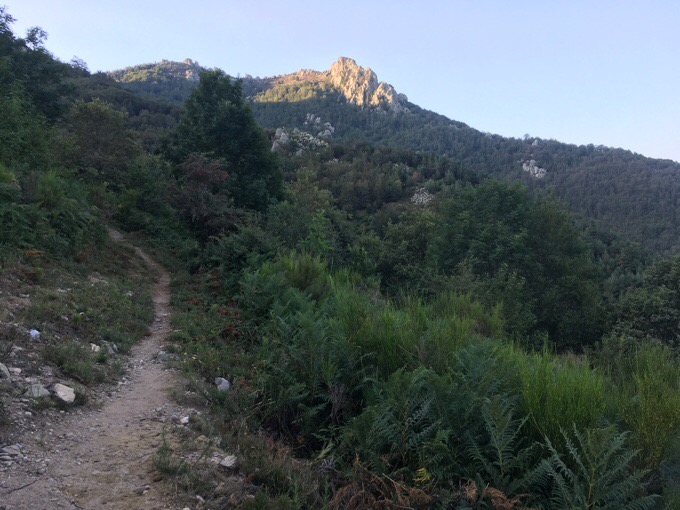 The Mediterranean Sea is out there! 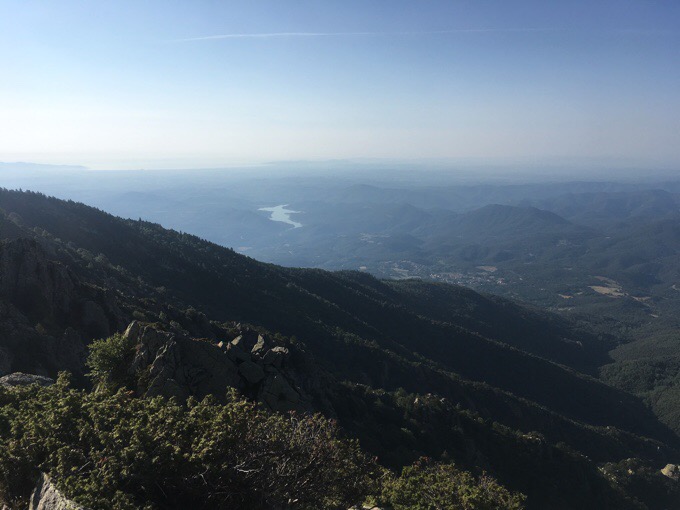 Then it was a drop down to the small village of Las Illas. On the way down was a perfectly placed fountain that I dunked my head in to cool off. 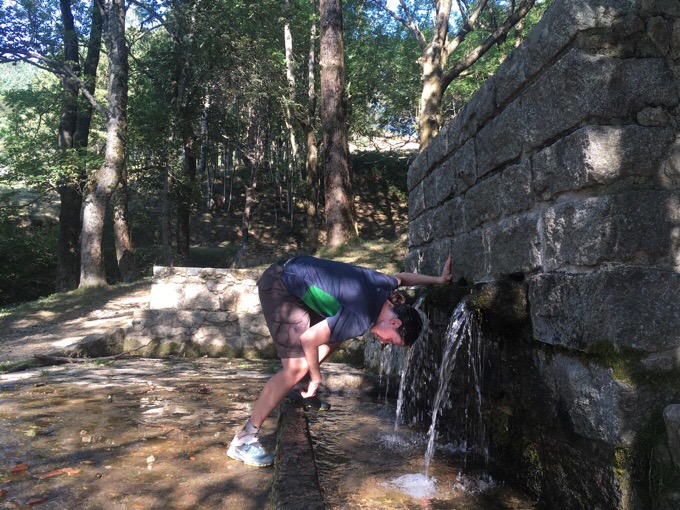 I got there about 11am and had an early lunch while I charged my phone and external battery. I was too early for serving food, but I did get a popsicle that was very much needed. 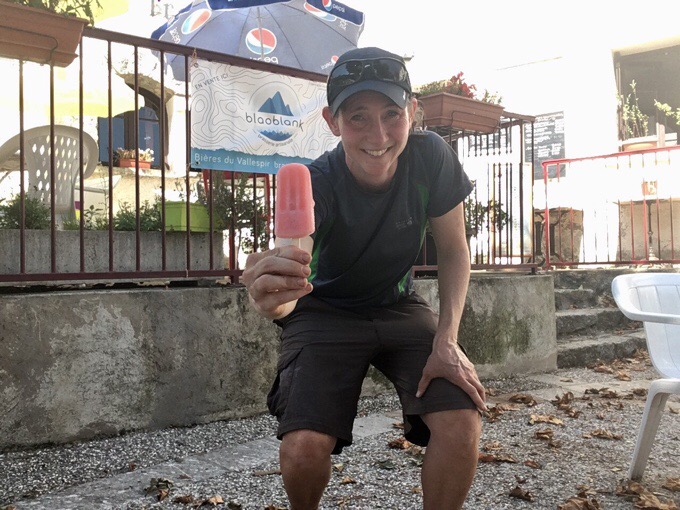 The stop was mainly to charge up. I last fully charged everything 8 days ago in El Serrat. I've gotten little charges at lunches in villages sometimes, but realized it was getting on the low end yesterday. I've been using it quite freely. I'm not wanting to cut the battery usage too close, so I conserved my time on the phone today. That was unfortunate because the remainder of the day was mainly road walking. 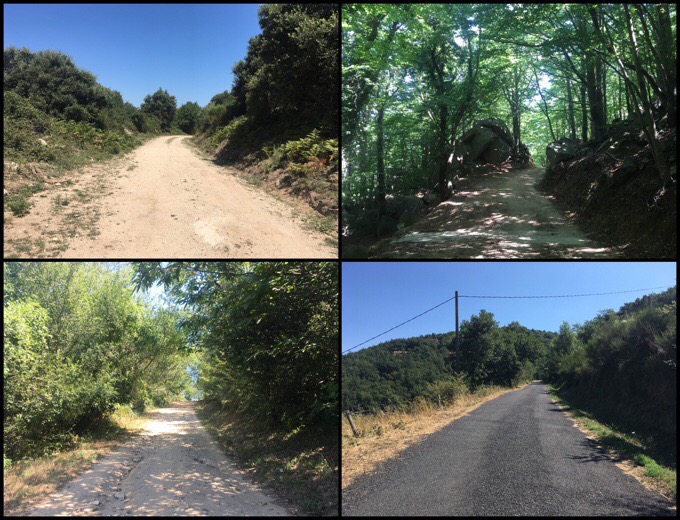 It was hot, so I wasn't really wanting headphones anyway. At first I thought it wasn't going to be as hot as yesterday, and then it kicked up a notch around 1:30pm. It was 100F/38C as I hiked into the very busy village of Col du Perthus and I was drained. It is one long street of a ton of venders, shops, and supermarkets. I was so hot at this point that I needed to sit for a bit. I went to the supermarket and it was air conditioned! I got a Powerade, cold water, and some chocolate mousse. I was pretty tired, but a good 20mins there with that stuff got me going again. 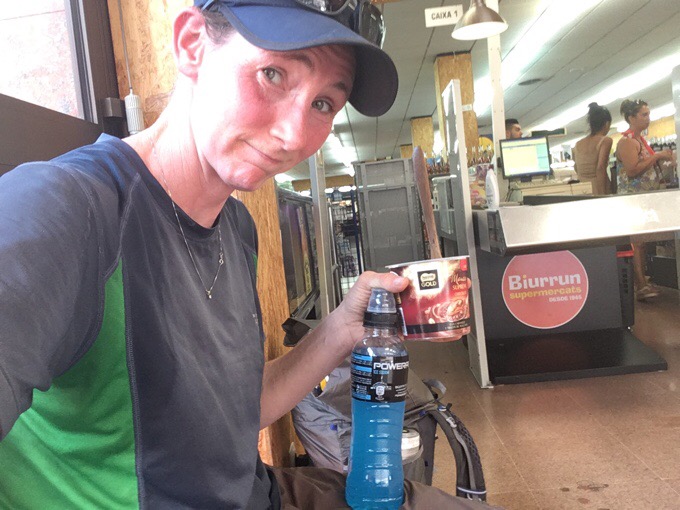 I had a hot gradual road walk climb out of the village for hours to come, so I knew not to eat too much. The Powerade was a great call. I've never been more tempted to hitch a road than that 5km hike out of Col du Perthus. The heat just made it tough to reason, but fortunately it was shaded some and a bit of clouds came in from time to time. 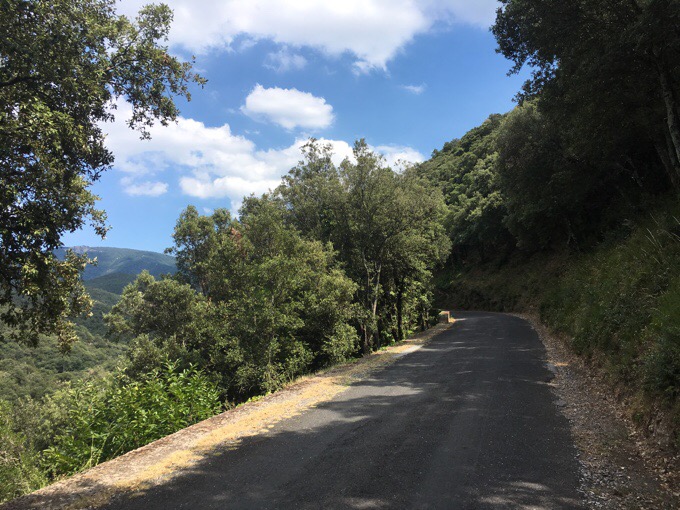 Right towards the end of the day, I saw my first other hiker of the day headed the same direction as me. As I approached him on an uphill, I could tell he had to be an experienced long distance hiker. First off, he was moving quite swiftly for an end of the day uphill in the heat. He also had ultralight gear (Zpacks pack) and everything was pared down to minimal weight. He had the same Fizan poles I have, same brand of shoes, and Dirty Girl Gaiters. I was spot on with the guess. He just did the PCT last year, is from France, and his trail name is Soap. A thru-hiker! 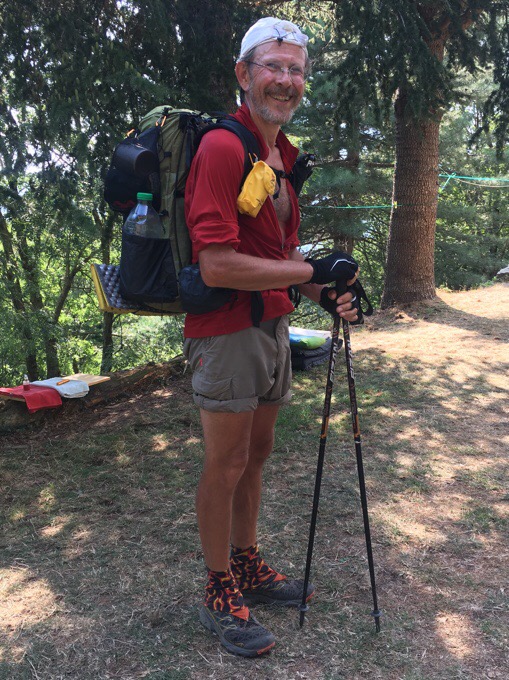 We both were happy to meet someone going our pace and had the same thru-hiker mentality. The HRP overlaps the GR10 (which also started in Hendaye) from here to the finish, and Soap is finishing the GR10 tomorrow as well. We hiked about an hour to a nice refuge with nice food that is the endpoint of this day in the guidebook. All it took was a little nudge from me, and we excitedly set off to get another hour and a half in to the next water source and camp. 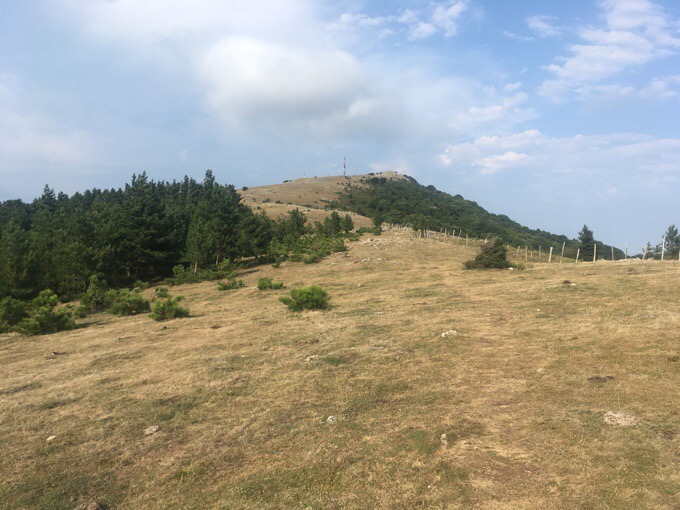 We saw our first sign for the end of the trail at Banyuls-sur-Mer. That was exciting! 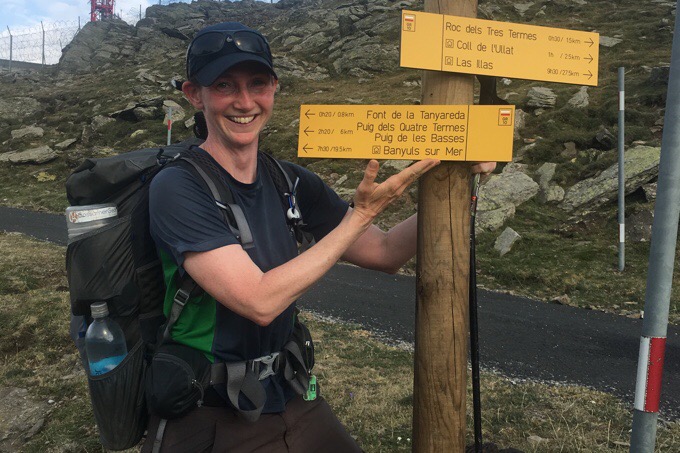 The weather quickly shifted to a cooler breeze and some clouds. Definitely a new front moving in. Made for some nice hiking at the end of the day. We got to the water source, Font de la Tanyareda, and a nice camping area with picnic tables nearby just after 7pm, yay! 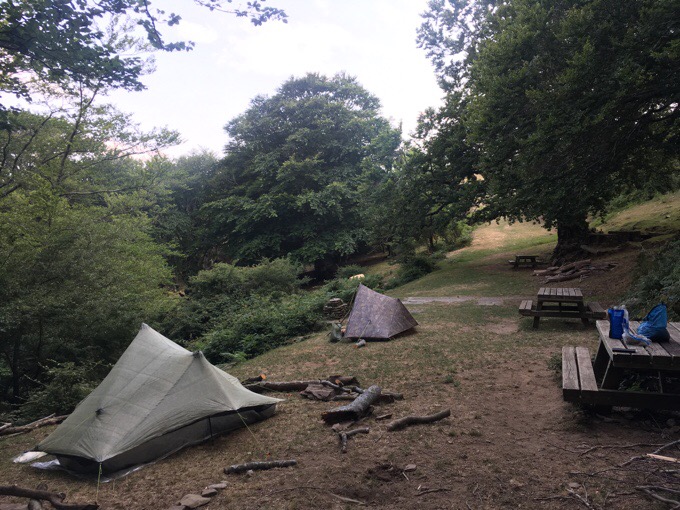 Soap also has a ZPacks Solplex (with the thicker camo material), so we were twinsies. It was fun for both of us to have our final night with a fellow long distance hiker. Tomorrow we finish at Banyuls-sur-Mer and step in the Mediterranean Sea! There are cows with bells wandering around, but I'm so tired I don't think it will bother me tonight. This route sure makes you feel like you're ready to be done by the time you get to the end!