Before I start today, I got a couple concerned emails about my use of profanity in yesterday’s post. The only explanation I wish to give is pictured below. This is the text that popped up on my phone last night right as I was taking a screenshot of my elevation chart for the day. As you can see, it’s all my dad’s fault. I am my father’s daughter, so any concerned emails about my foul language can be addressed to him… 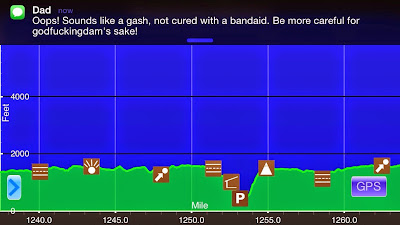 As for today, I got a great night of sleep last night and was surprisingly refreshed after yesterday’s debacle. I was relieved to find that my newly injured knee was not swollen or sore within the knee. Thankfully, both knee injuries were just surface cuts with little bruising or swelling. One thing I did notice was that the side of my body that I fell on yesterday was very sore. Just reaching back for my water bottle all day was painful as my muscles on that side felt like…well, like they’d been slammed against some rocks! Later in the day, I even noticed significant bruises on both sides of my hips I hadn’t noticed yesterday. The thumb isn’t as purple and I am doing my best to let it heal. Just ridiculous. I was motivated to get a good start knowing that at the end of my 26mi today would be a hotel room with air conditioning and a bed! It was a new day and I wanted to put yesterday well behind me, figuratively and literally. My music is always a good boost for me and today’s song of the day was Brand New Day by Joshua Radin. Just perfect lyrics for this situation!

Today was the last day for Rocksylvania. I know there are plenty more rocky sections to come up north, but I was happy that this section was coming to an end. There was less of the large boulders, but I would say that this was the rockiest trail in a given day. About 75% of the day was on small sharp rocks that covered the trail like pictured below. 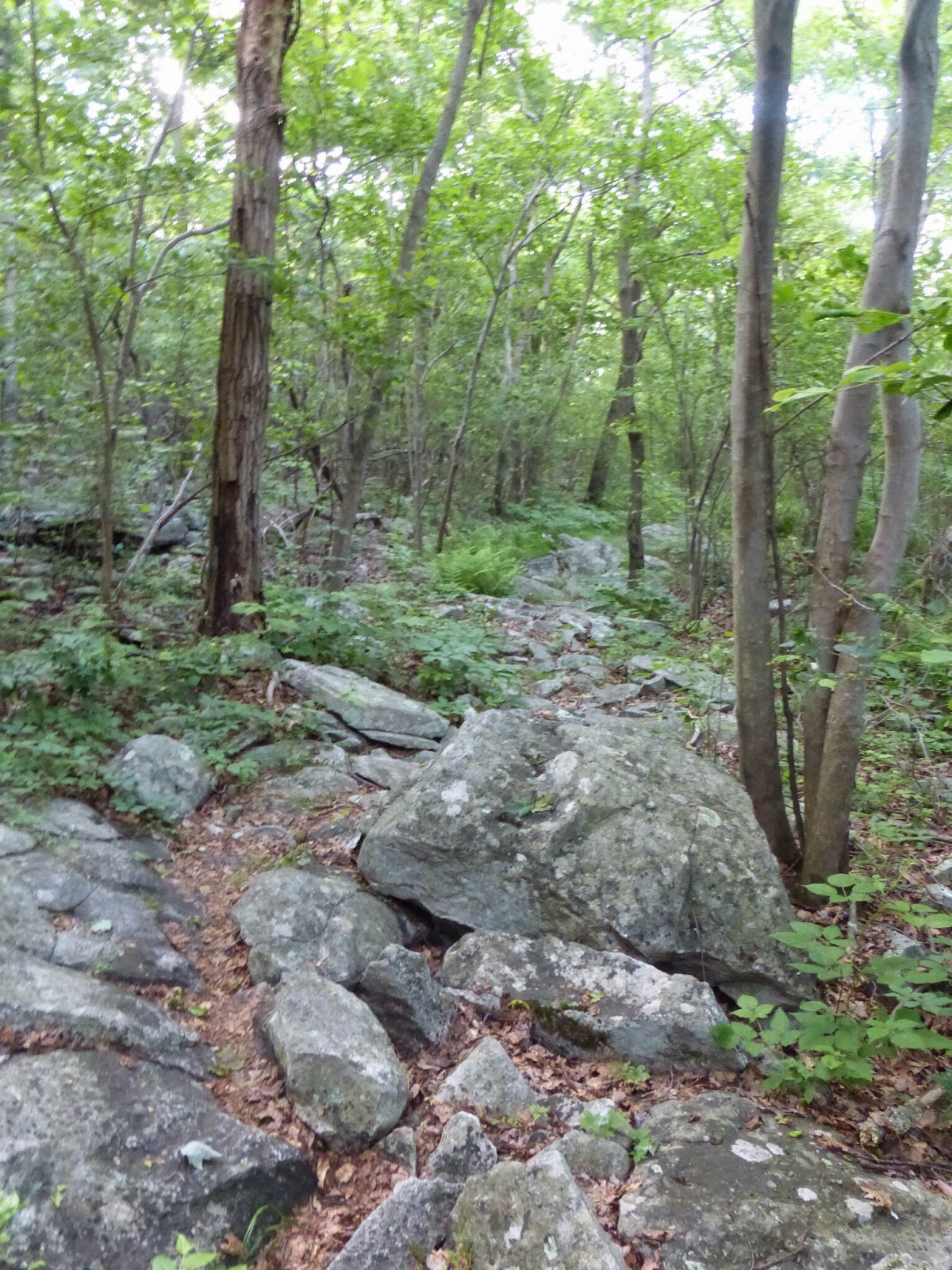 There were  few stretches of smooth trail, but it was mostly rocky. I prefer the small rocks to the large boulders as I can still keep a steady pace going. It’s taxing physically and mentally to focus so much on each step, but it’s better for me than boulders. 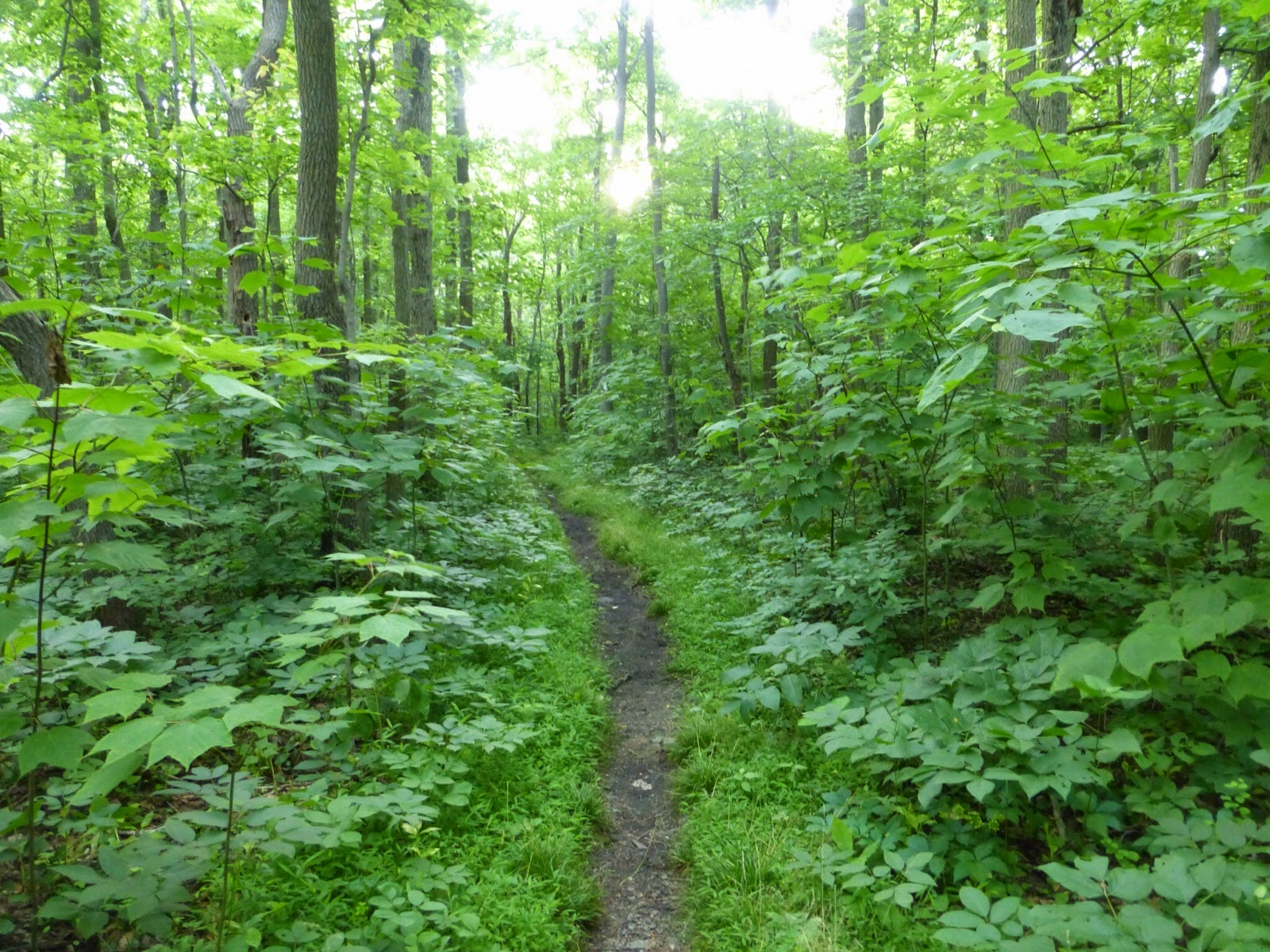 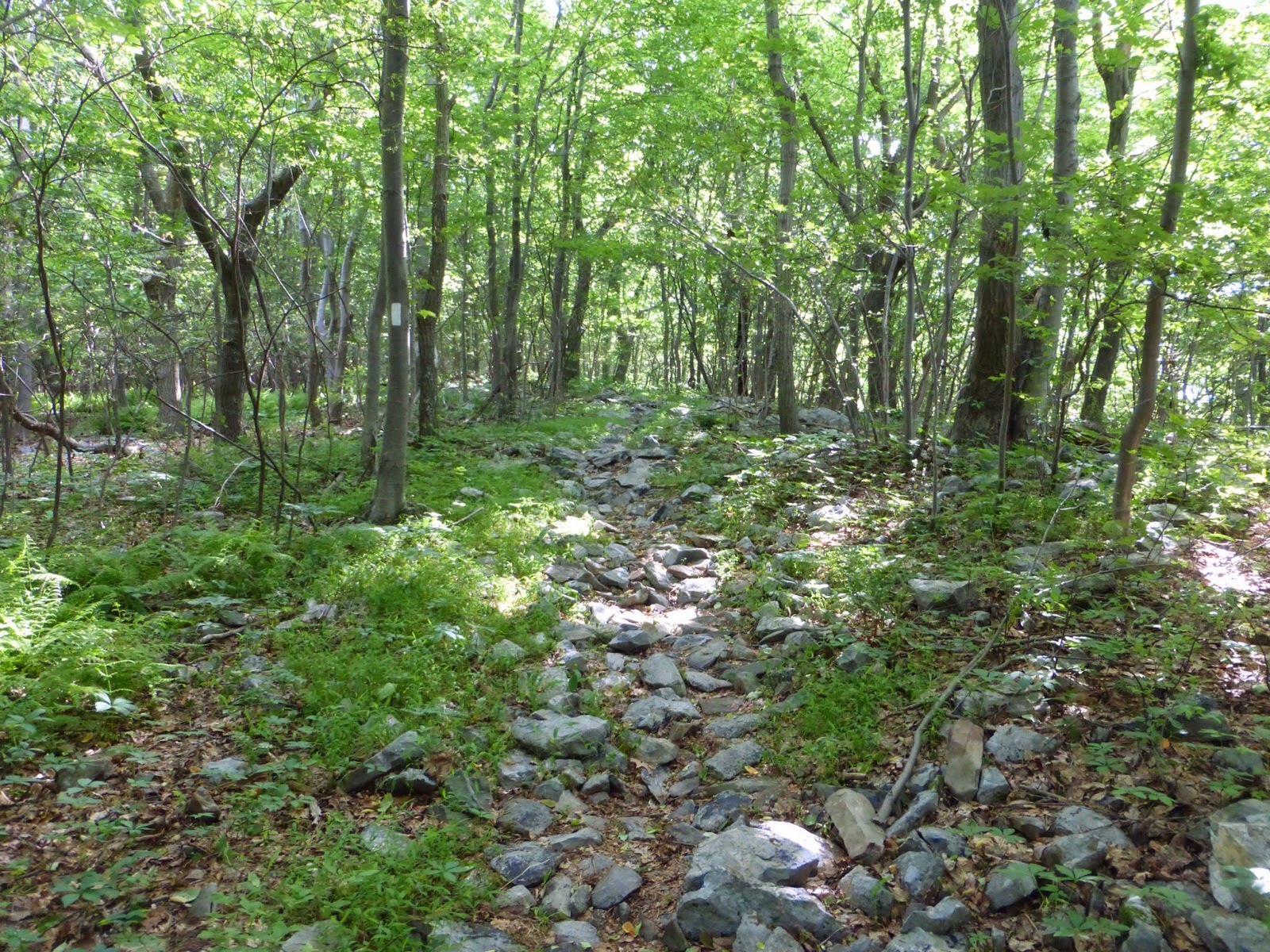 I mentioned that a friend was coming to meet me at Wind Gap today, which was about 10mi into my morning. His name is 2 weeks, 3 days and I met him last year in Glacier National Park when he was doing a long section hike of the CDT and I was finishing my thru hike. His name comes from his 2000 hike of the AT. His wife told him he wouldn’t make it more than 2 weeks and 3 days…and he made it the whole way! Since then, he’s been hooked and completed the PCT in two years completing his final section in Washington in 2011 just a couple weeks behind me, so we never met, but now the same hikers. Such a small world! I have to add that 2wks just turned 71 and is a total badass keeping pace easily with the thrus. 2wks lives nearby and hiked in an hour this morning to hike back to Wind Gap with me. Since town was so close, he took me to have brunch at a local diner and I was back on trail and rejuvenated for the final 15mi of the day where he was going to meet me again. 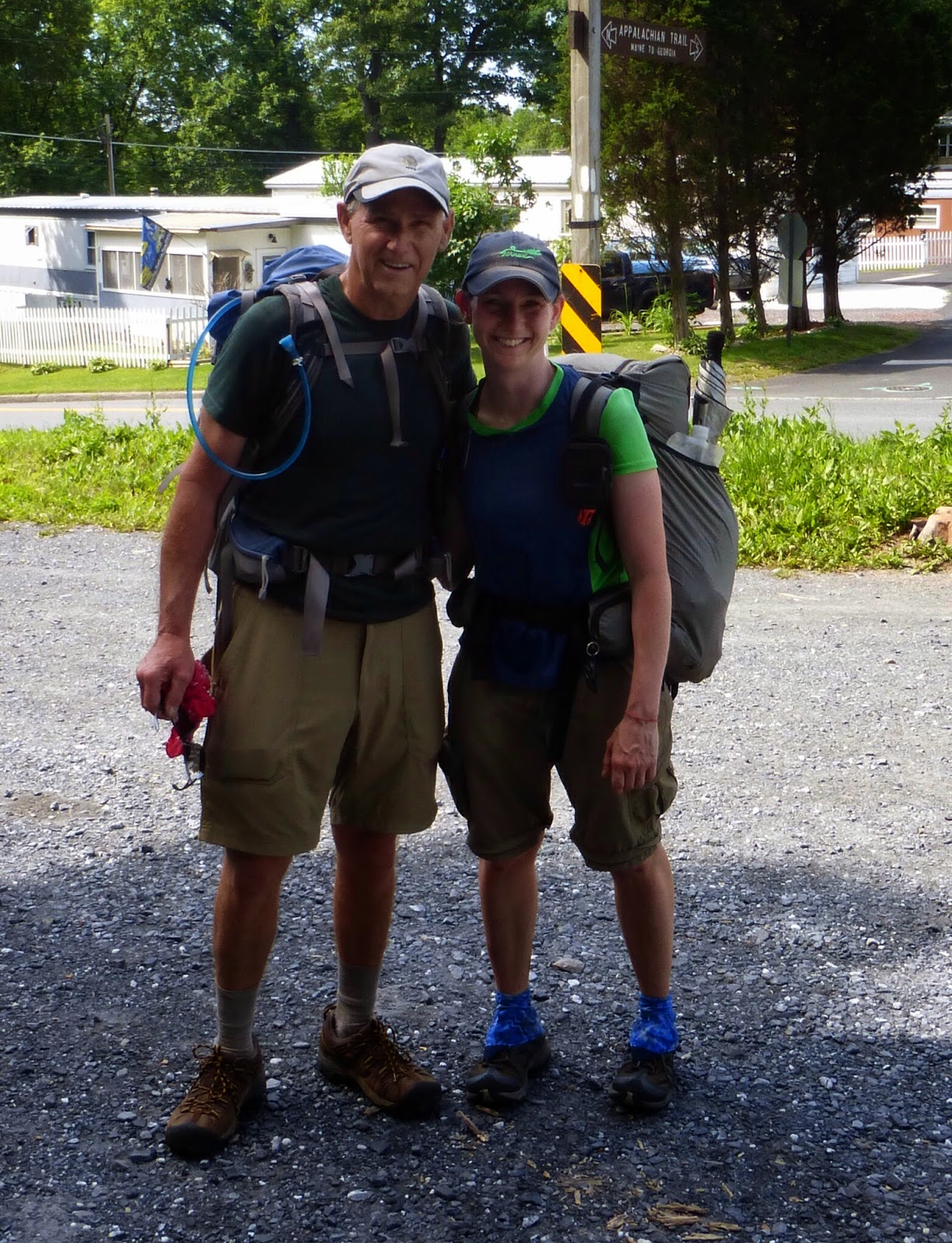 The rest of the day had A LOT of rocks. I just put my headphones on and got in a rhythm while repeatedly imagining the hotel and air conditioning waiting for me. 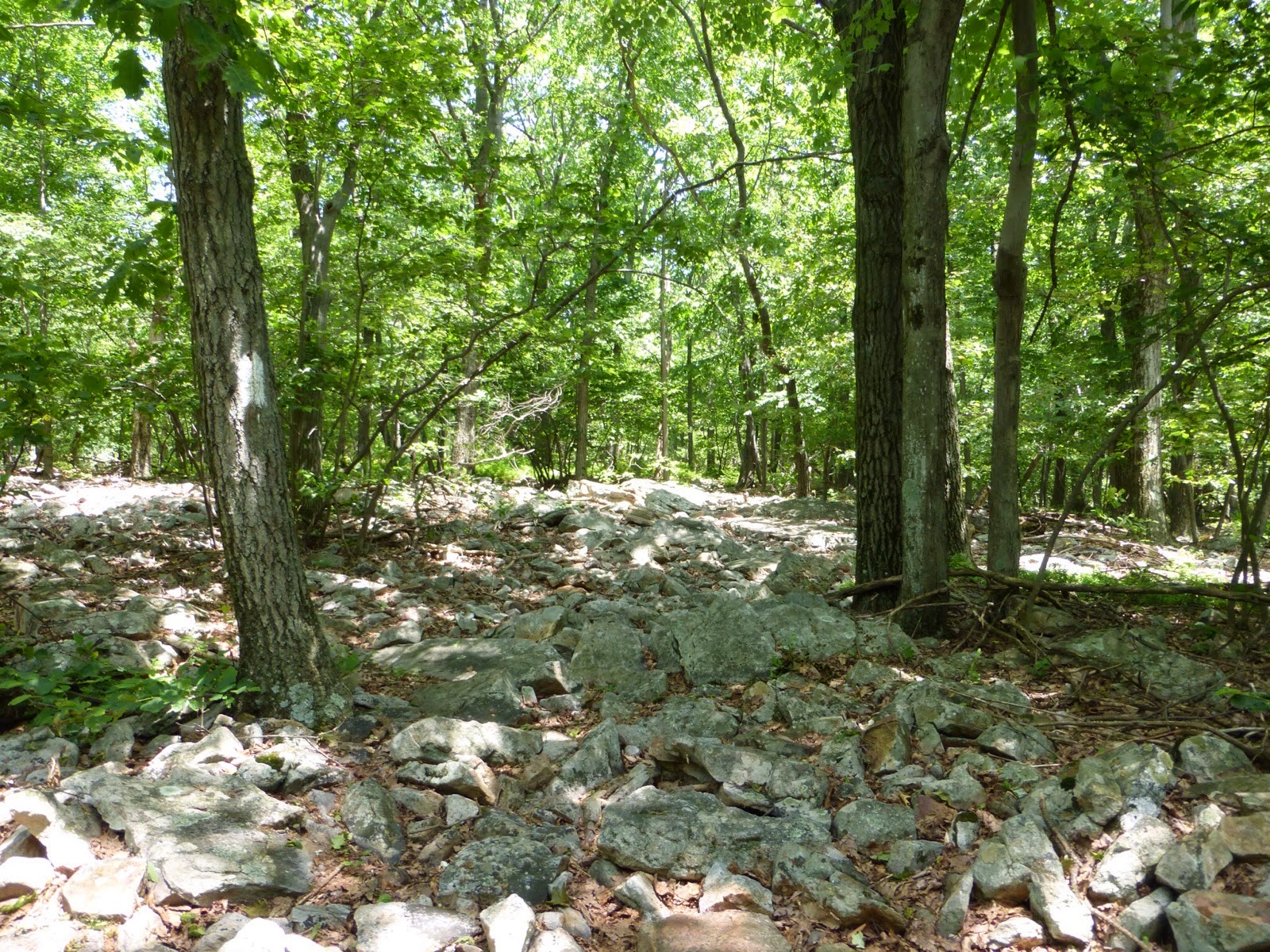 A few hours after lunch, I looked up to see 2wks again! He had driven to the next major road and hiked south again to hike out north with me. This section had Wolf Rocks, which are some of the big slabs of slanted rocks that I’m very hesitant on. Of course this section came right after 2wks gave me an apple, so you’ll notice that’s what I’m holding in the picture. 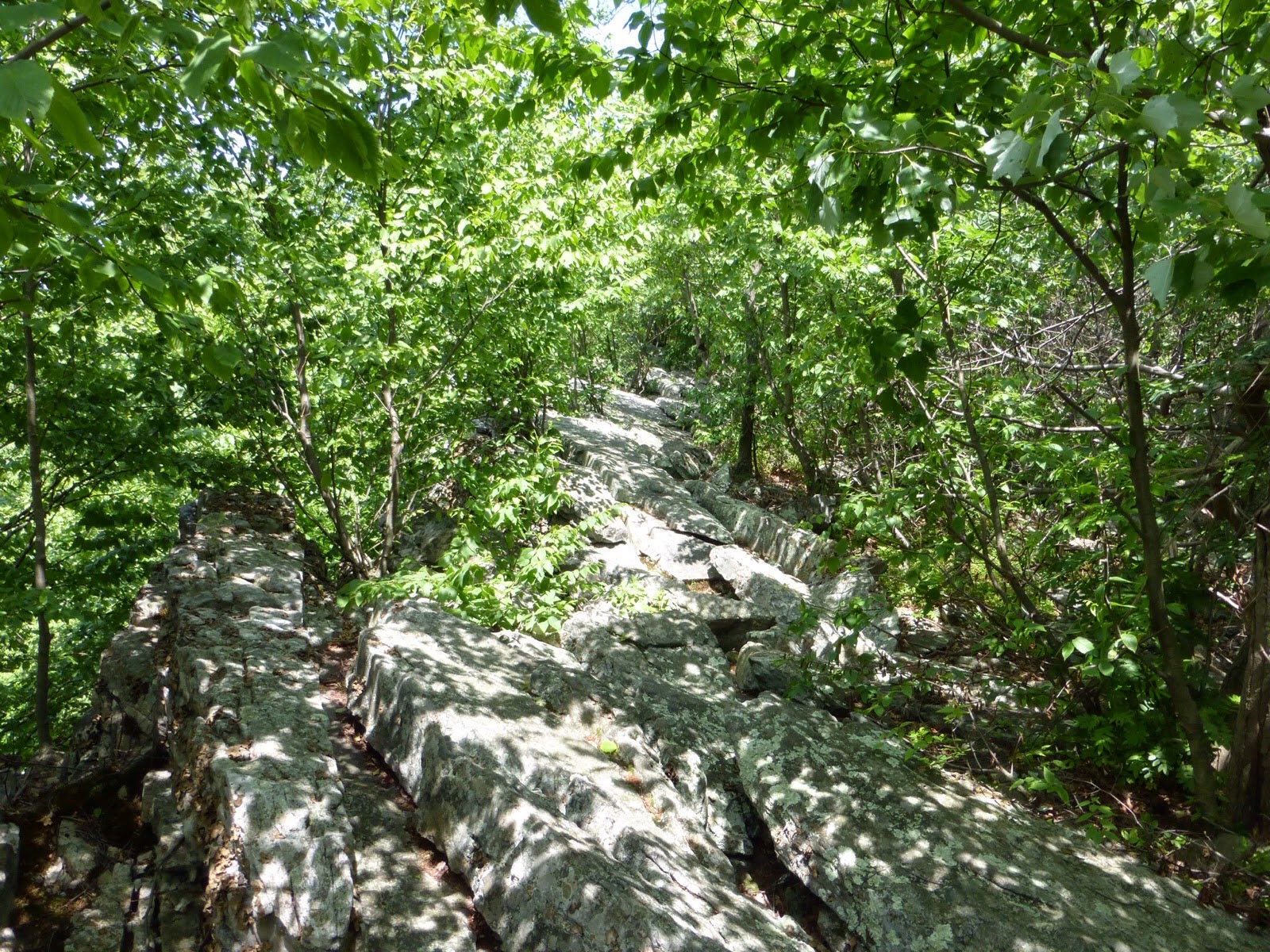 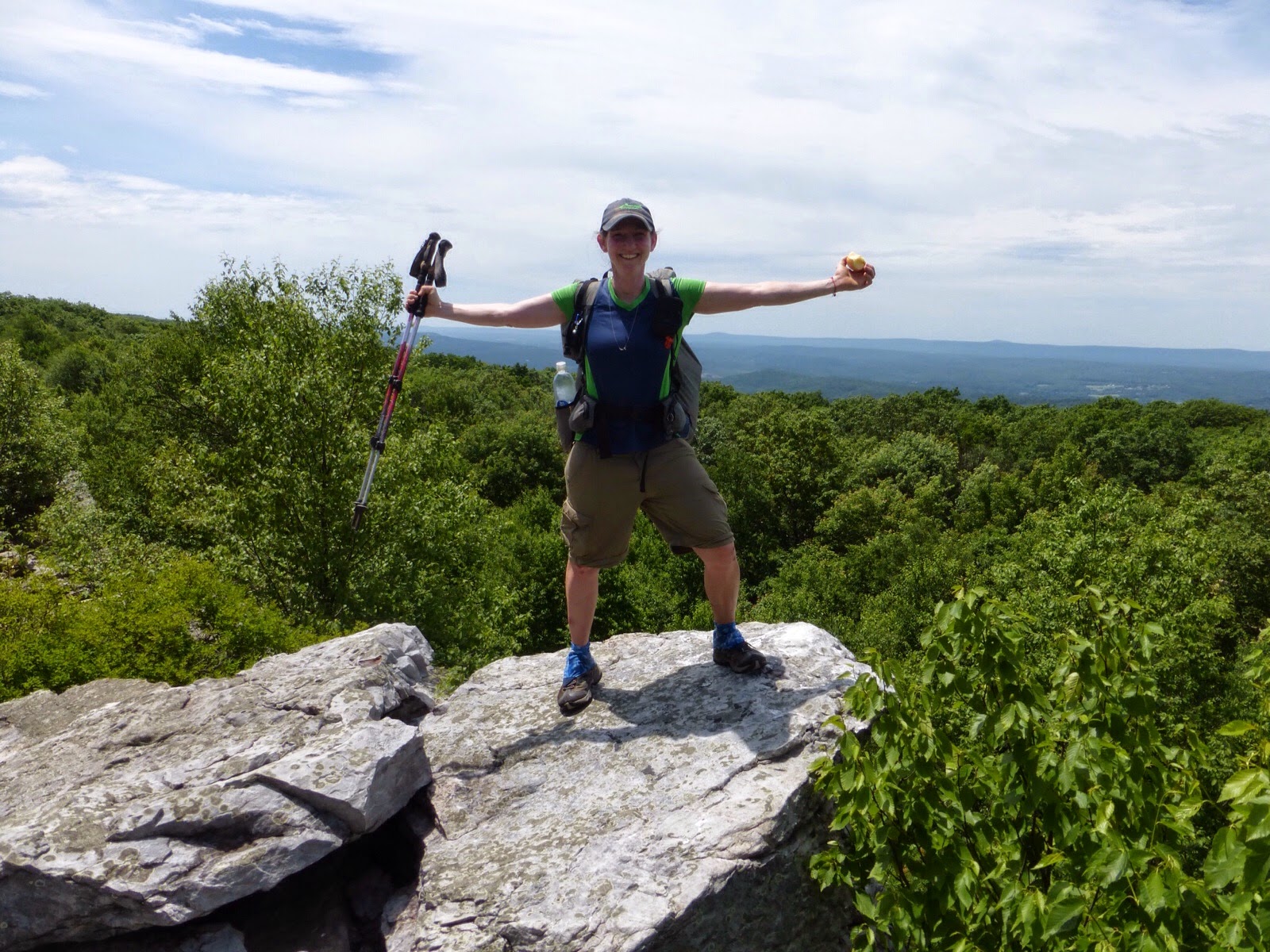 Right after this section was some downhill on large boulders and 2wks flew down like it was nothing. I was determined not to fall today so I slowly made my way down and he was patient. 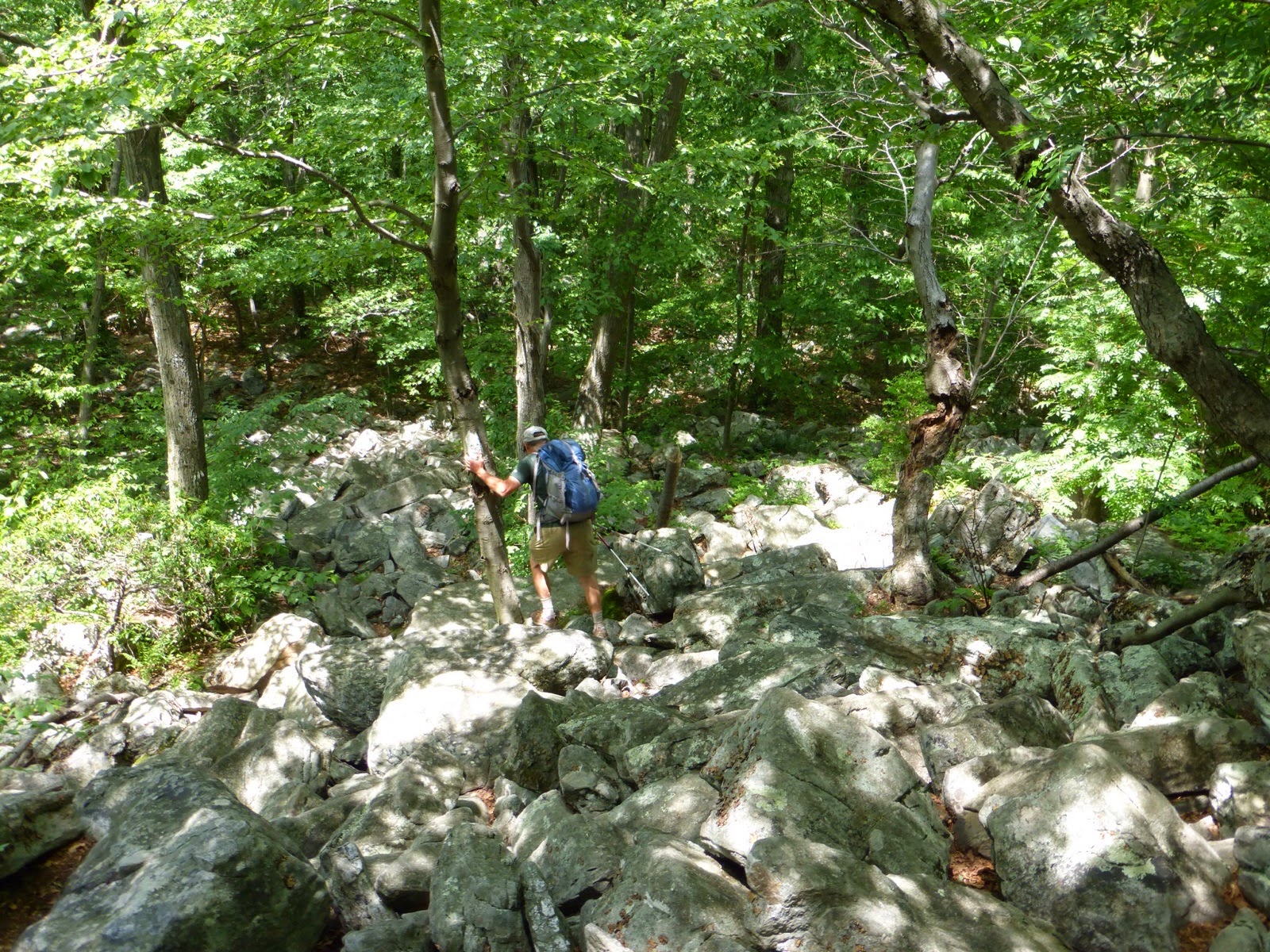 At the end of the day, I saw about 5 other thrus and the consensus was that many of them were also taking zeros in town. This section just warranted some time away. I wasn’t 100% sure about the zero day in the morning, but it wasn’t long into the day that I decided that it was well needed and a good time to take my fourth zero day of the trail. Just sitting a few minutes at a break with two guys today, I noticed my feet were throbbing abnormally. Like really beating. I asked them if they felt it and they said they felt the exact same thing. It was just from hopping on top of all those pointy rocks today. The predicted thunderstorms dissipated magically so that was good and cooler temps are on the way, yay!

2wks was there again at the end of the day to hike the last mile out and we drove to the next closest town of Stroudsburg where there was a Quality Inn. We each got rooms and 2wks is going to shuttle me around to resupply and do some mailing tomorrow, and then back to the trail the next day. I told him my plan for tomorrow is to stay in my air conditioned room almost all day and watch a marathon viewing of Season 2 of Orange Is The New Black (I can’t wait!). He said he still wanted to stay and he’ll find ways to keep busy, so that works for me! There is a Perkins across the street, so we finished the day with dinner there (and a milkshake for me). I have a feeling I’ll be getting another one tomorrow and possibly some of the french silk pie too. It’s going to be a glorious zero! 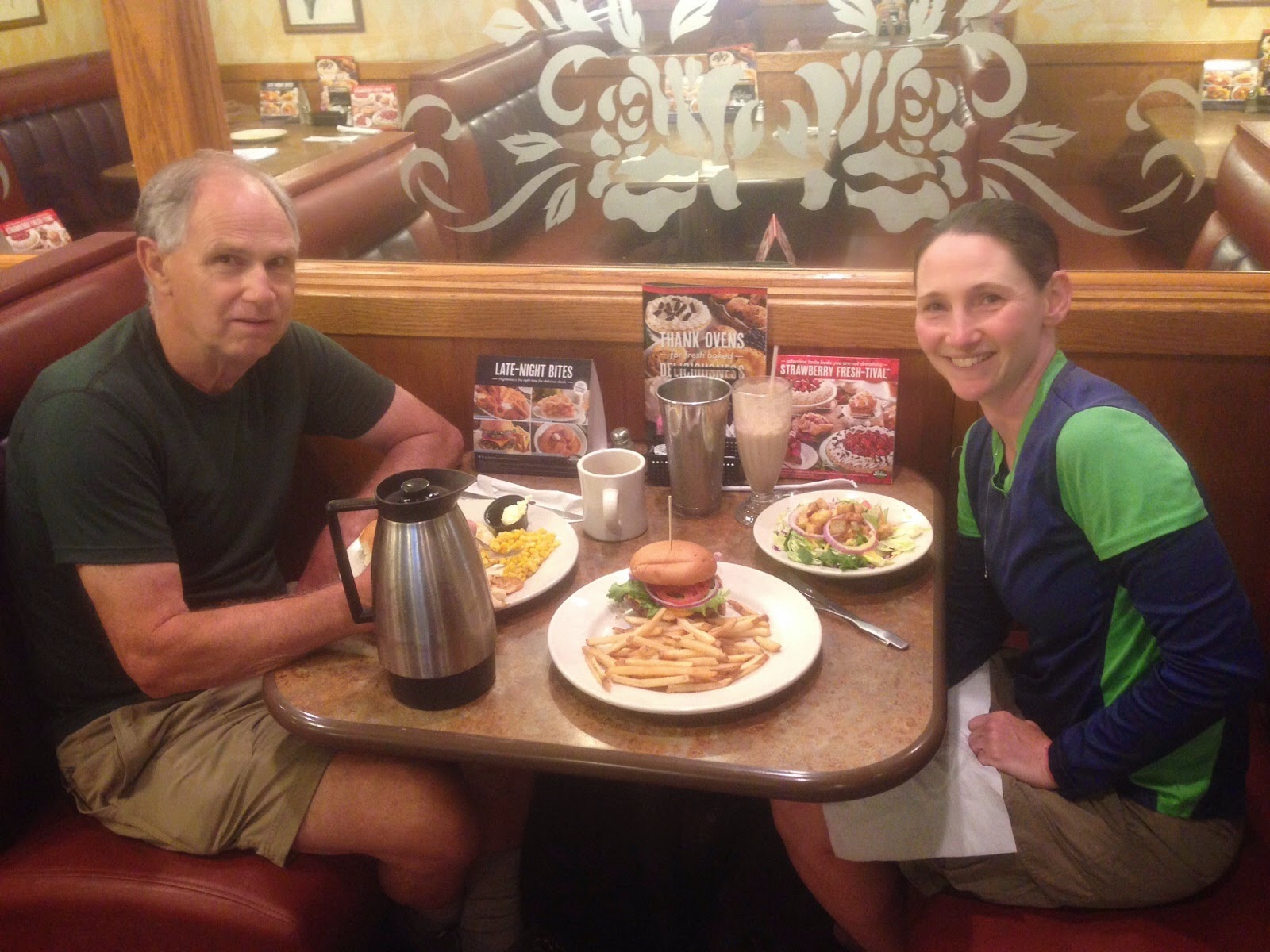