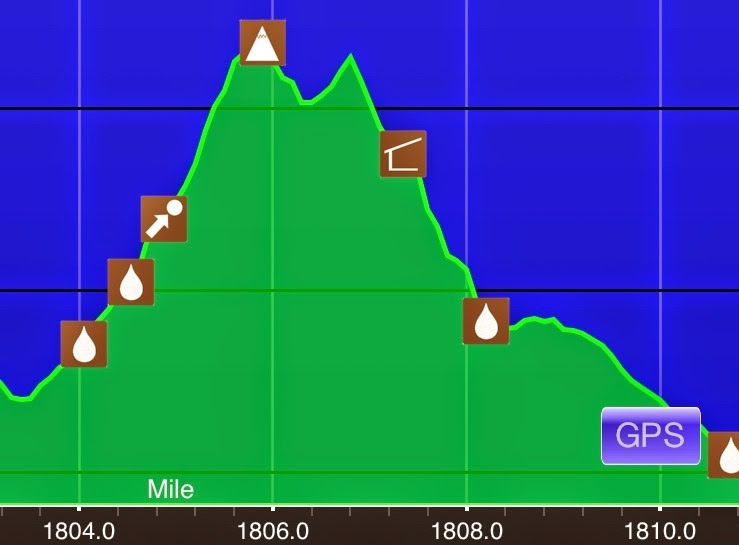 I know I’ve only been on trail for a few days this leg, but I knew my body would need a break with the combination of entering the Whites and getting my period. I was right! I had a really tough time sleeping last night and then hiking this morning. My body was in no mood for hiking or much of anything. Perfect timing for a nero and my fifth zero tomorrow! I have hiker friends (soon to be revealed) who live near Franconia Notch and were able to pick me up in multiple spots along this stretch. I had less than 9mi to do this morning and figured I’d be at the road around 10am…um, let’s make that 11:15am! It was a sllloooww morning. I got started at 6:50am with lead legs and knew I had one decent climb ahead of me. The trail started out gradual on the climb, but very rocky. There was about a mile that followed a nice stream with waterfalls. Yes, the roots and the rocks are the trail. 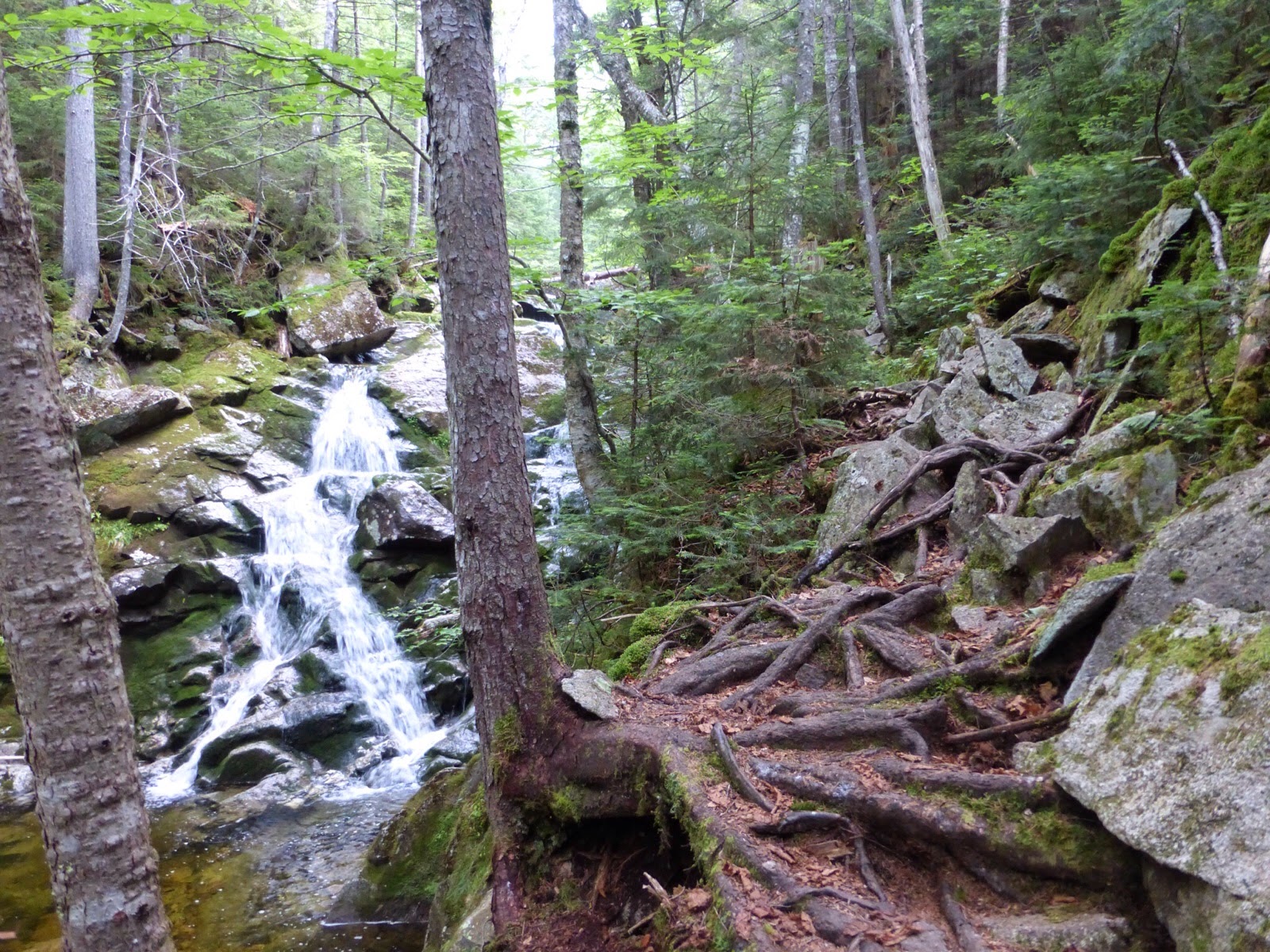 Most of the morning was wooded, but this open bit before the real climb gave me a nice boost. The climb of the day was over Kinsman Mountain and it was no joke. It started out innocent enough on time consuming rocks and boulders. Then it showed its true colors with about an hour of straight up rock scrambling. On another day, I might have found this somewhat entertaining to climb up, but my body wasn’t having it today and I had to give myself a lot of pep talks. I just have no energy at this time of the month and this was draining. The swollen throat has worsened the last three days and I’m sweating from more than just exertion. I definitely feel sick and am glad I will have time to rest it off. 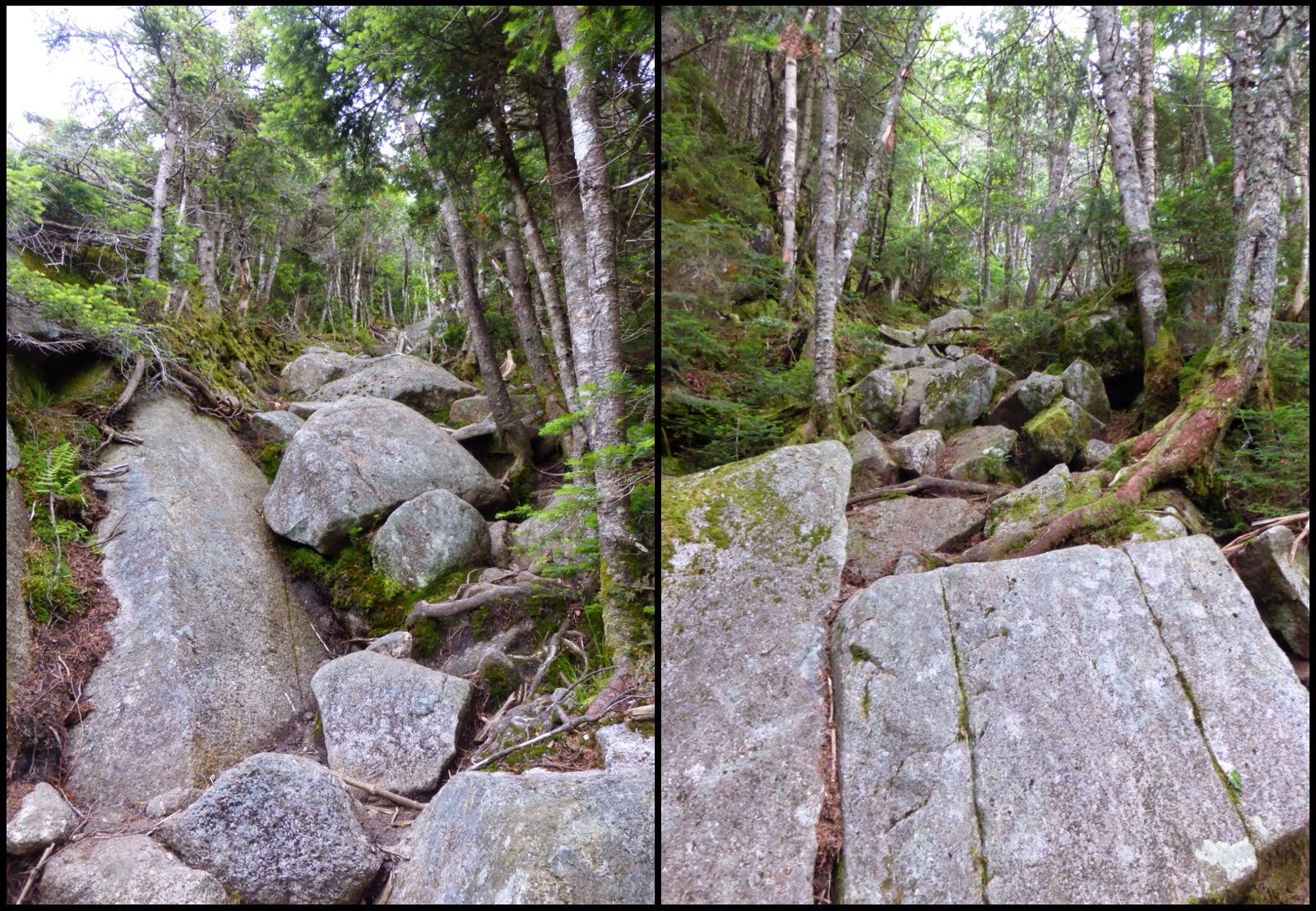 There is a storm front coming in for the second half of today and at least the next two days. Thunderstorms expected on and off…so glad my timing was right for this one. It can get serious quickly in the Whites and I’m glad I’ll be able to sit this one out in town! The clouds were already moving in and out this morning as I reached the top of Kinsman. 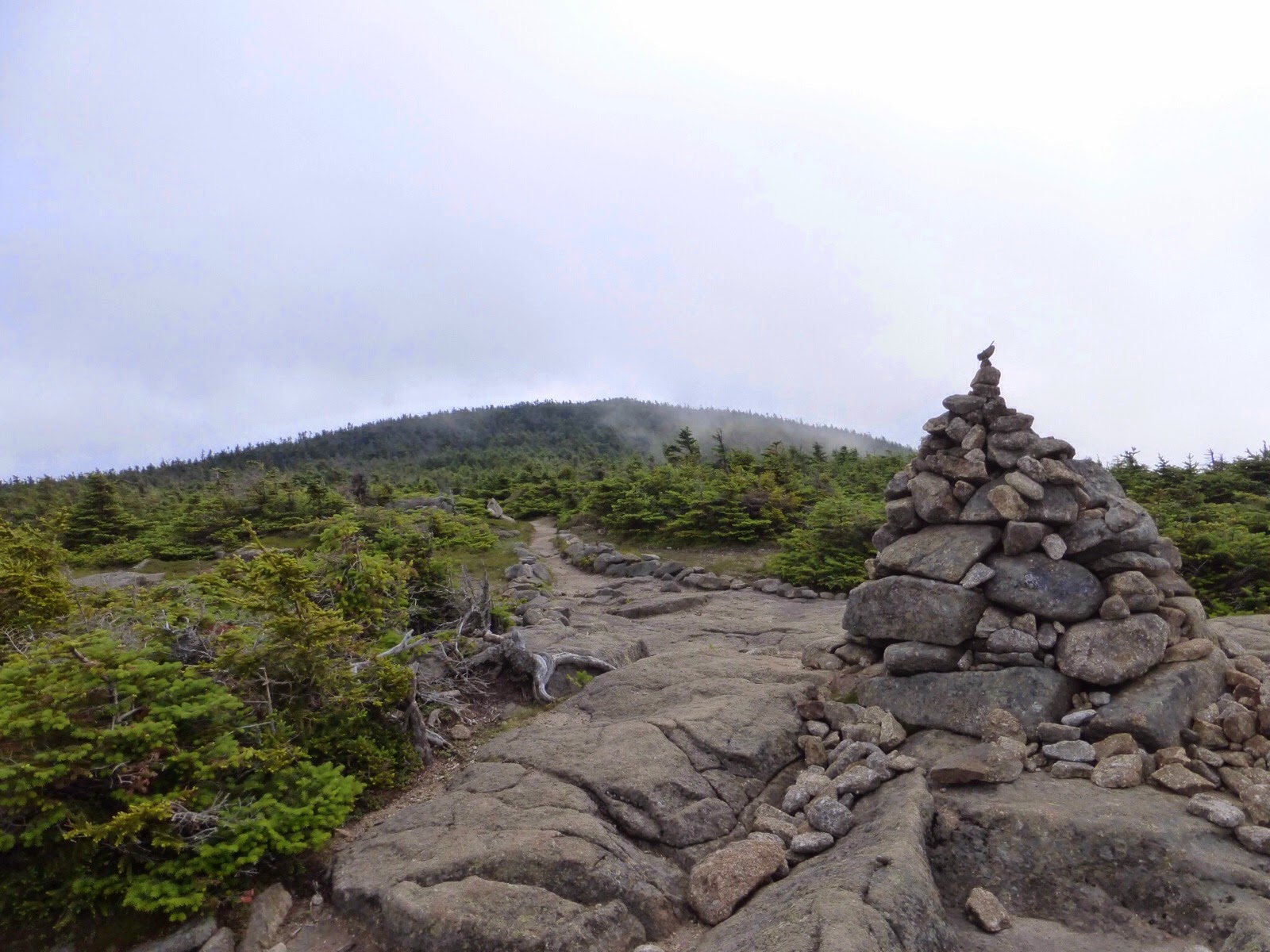 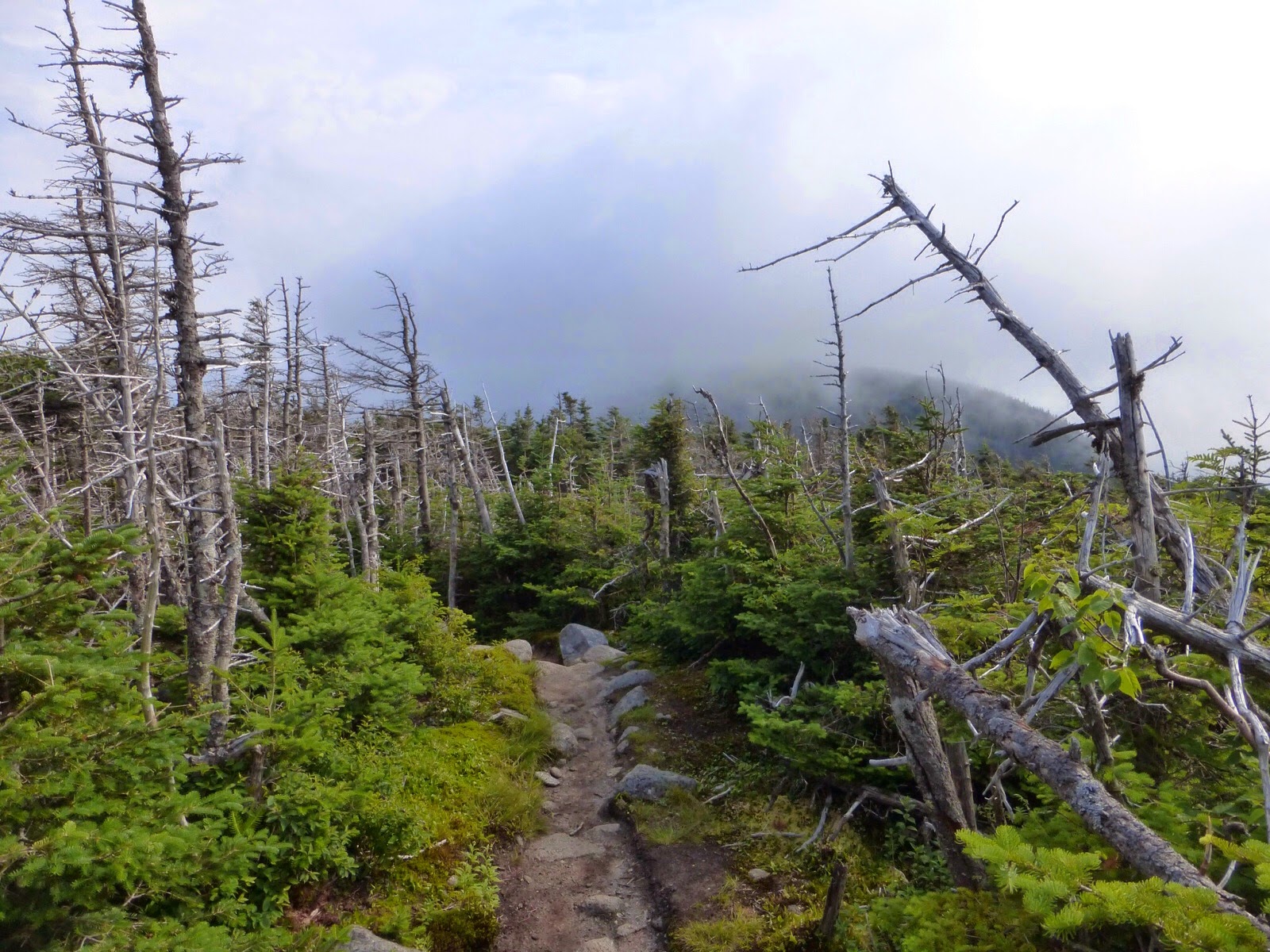 The hike down was not as steep, but still quite rocky, so I was very slow and deliberate to make sure I didn’t have any unnecessary falls like I did in Pennsylvania. When I got to the bottom, I reached my first hut which people can pay $125/night to stay in. This is the Lonesome Lake Hut and it was quite posh. I’ll go into other huts and take pictures further north, but just to give you and idea, here are some photos. It is full service with water, bathrooms, beds, food, etc and holds about 50 people. Within 100yds of the hut was Lonesome Lake and it was quite picturesque. I imagine that it would be a nice place to stay for the weekend and do day hikes. 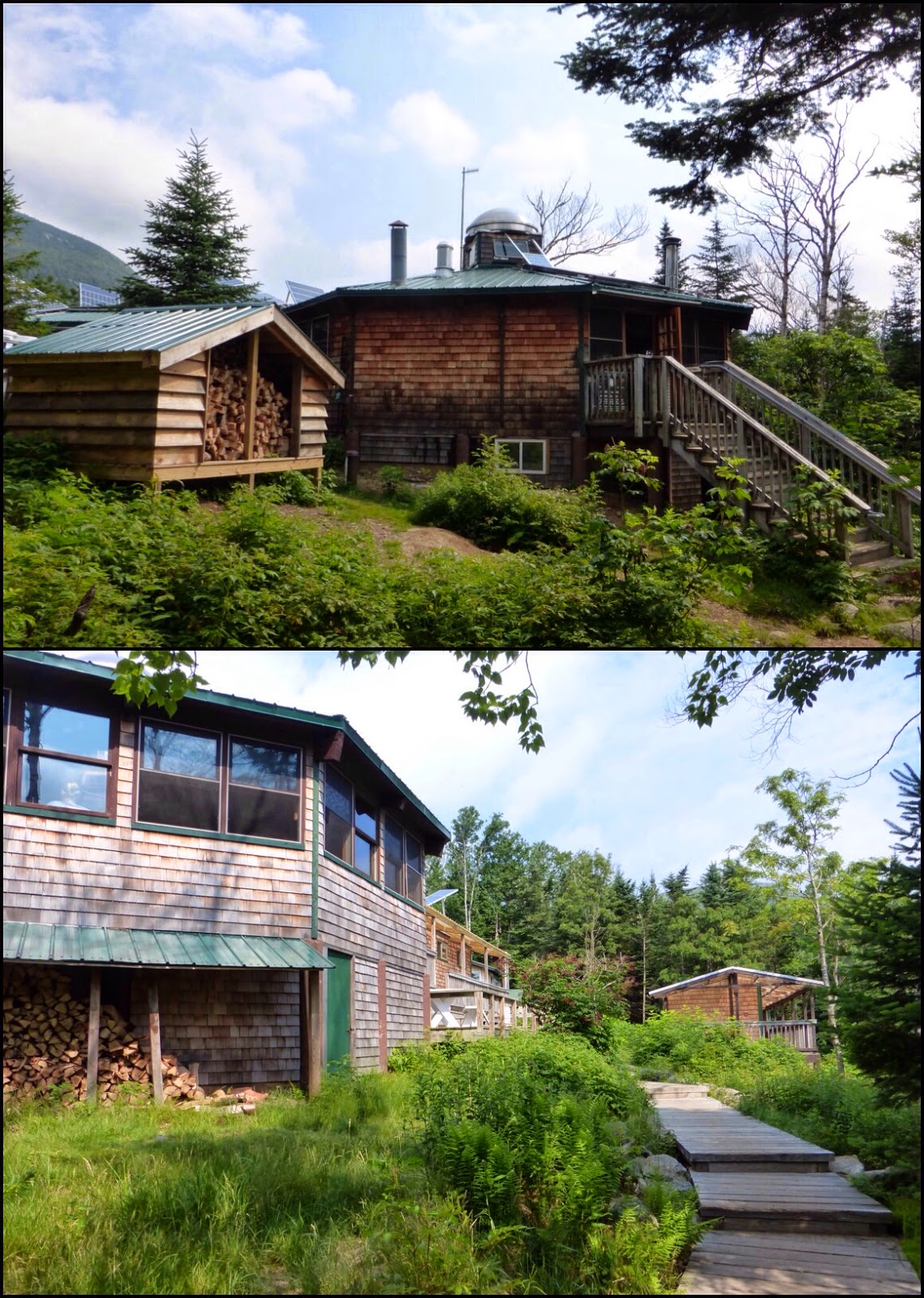 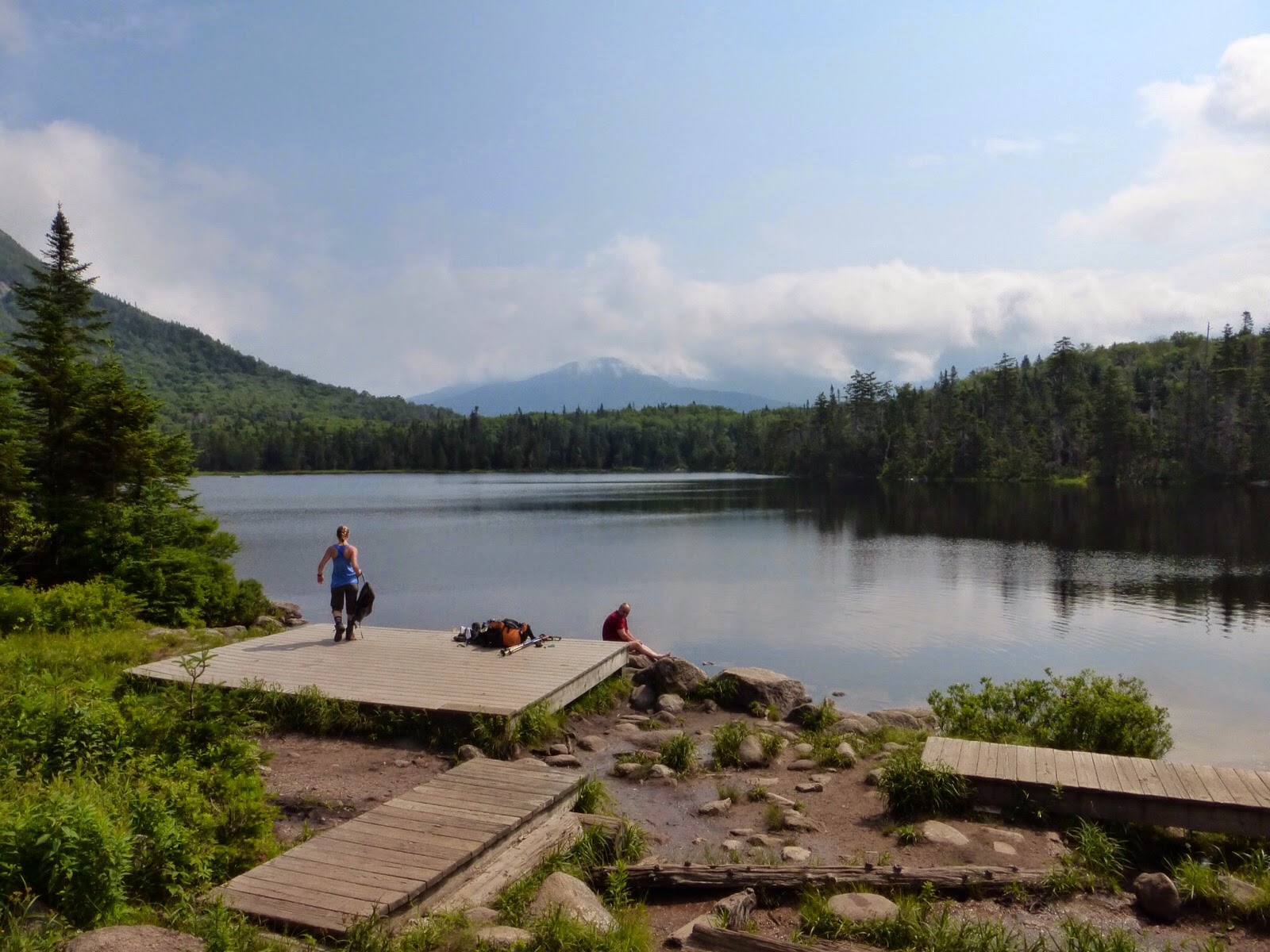 I finally reached the highway and was picked up by my friend’s parents, Bob and Kathy. They were great and having raised a triple crown hiker of their own, they were very welcoming to my stinky self. Bob and Kathy took me to a Bretton Woods ski resort where my friends were working and thus could not pick me up themselves. We got to take a ski lift to the top of the mountain and eat lunch overlooking the Presidential Mountain Range which I will soon be hiking over. Here we are with the Presidentials behind us and storm clouds moving in. 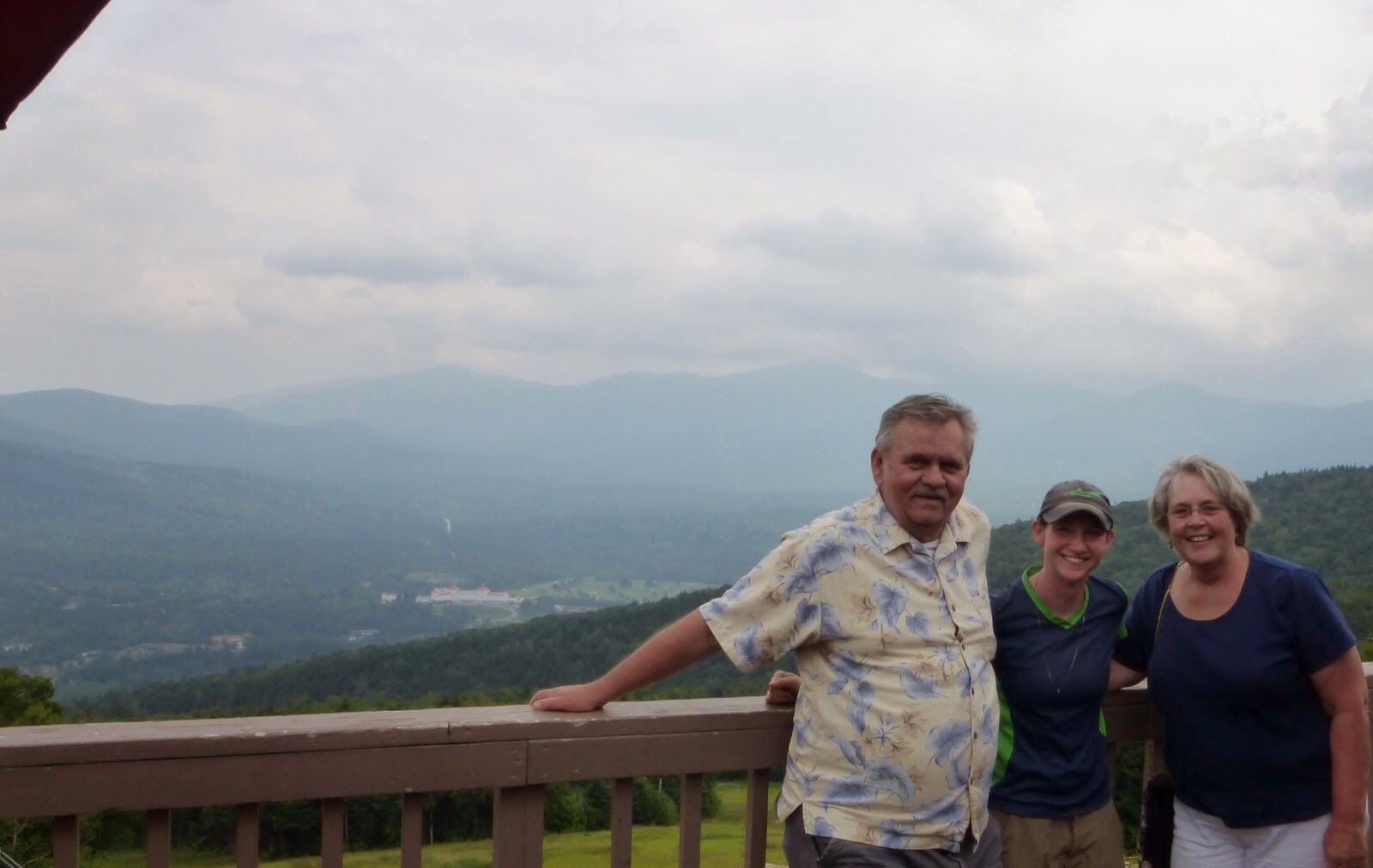 The prominent mountain in the center is Mt Washington. Going from left to right the range that is visible here is Madison, Jefferson, Clay, Washington, Monroe, Pierce, and Eisenhower. Apparently, I will hike over all of these and more except for Jefferson. Looking forward to it and it was great to get this perspective of what’s to come! 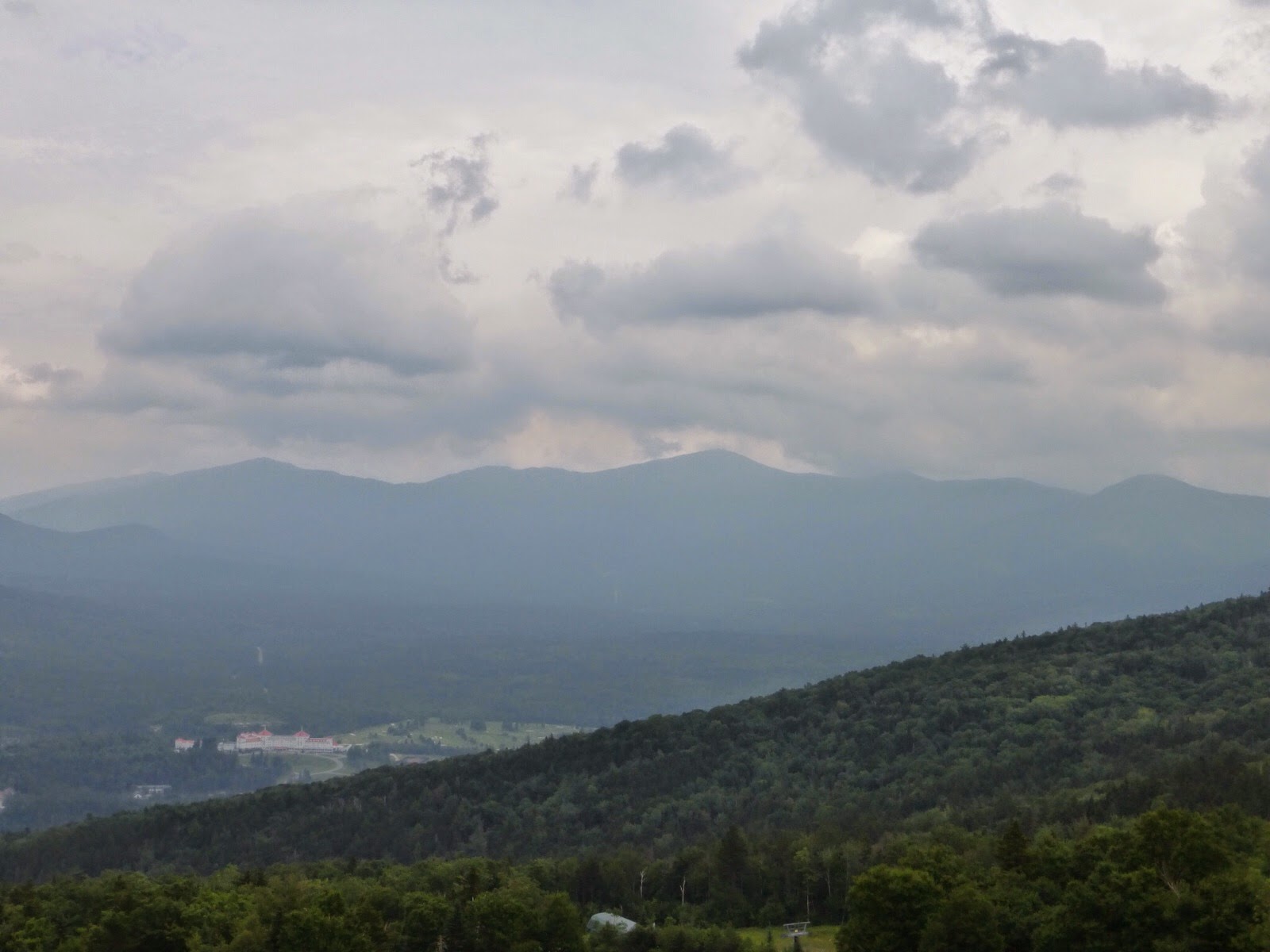 Now it’s time to reveal who we’ve all been waiting for…I have TWO hiker friends who are now living and working together here at Bretton Woods. It’s Ninja and Sweetfish from the CDT! Many of you who followed my CDT journal know that I started the CDT with a group that included Ninja(who I originally met on the PCT in 2011) and we hiked the first1/3 of the CDT together. We met Sweetfish early on along the CDT. He ended up sticking with the group to the end where both he and Ninja got their triple crown. Sweetfish has worked many years at the resort doing the zipline canopy tours and now Ninja is currently a ski lift operator having worked at ski resorts in various capacities over the years. It’s great to see them, meet Sweetfish’s parents, and see where they live and work. We get to know each other well on the trails and it’s so funny to see them in “normal” life, ha! I may even venture out on a zipline canopy tour if I get time…Yay, Ninja and Sweetfish! 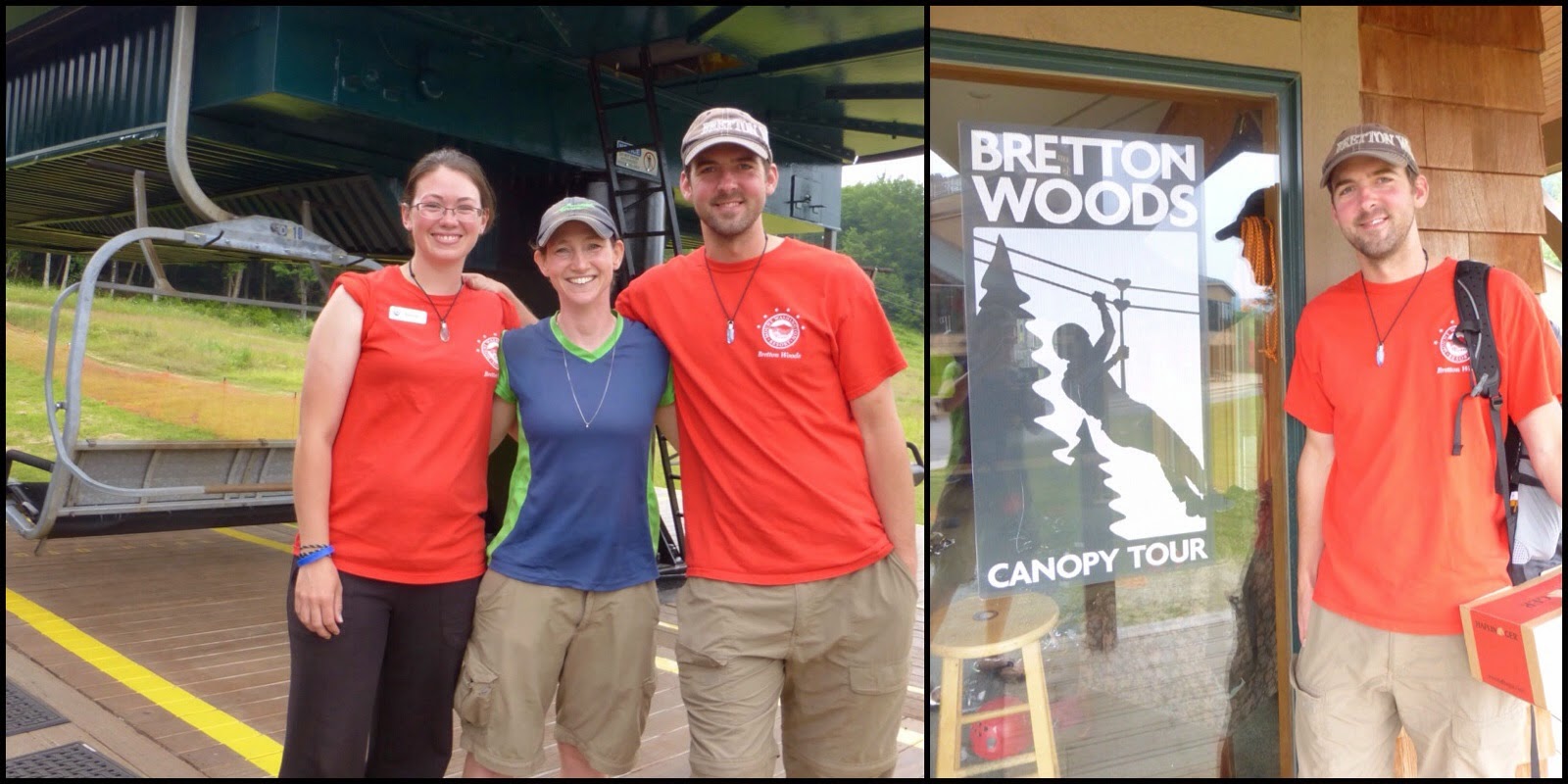 We got to watch the final World Cup game today and I indulged in plenty of food. I’m 7lbs underweight and trying to get that closer to 5lbs, but I’ll take it. I am going to catch up on a lot during the zero tomorrow and am looking forward to that. The final piece of the puzzle is to wait on Jett Cat to arrive. It already started raining and I’m just hoping it isn’t bad on the trail so she can keep moving. Can you imagine doing what I did the last two days in rain on wet rocks!? This morning, Jett Cat thought she could possibly make it tomorrow night, but she will most likely arrive the morning after tomorrow, which is when I plan to get on trail. With all she’s done to push and get here, I’m willing to take another night if she needs to rest so it may be a double zero, gasp! We will see…it will be worth it!