Sept 2nd-4th
I’ve had three zeros during this relaxed transition from the GR5 to the Walker’s Haute Route. Part of the break was not blogging. It was quite wonderful to be free of the nightly homework, but I also greatly value having it after my trips, so I wanted to do a brief one reviewing my triple zero. I spent a full day in Menton sleeping in, walking around the historic district, the shore, St Michel Church, Cemetery of the Old Château, and Val Rahmeh Garden. All of it I enjoyed greatly except the garden that was more like a large outside greenhouse. 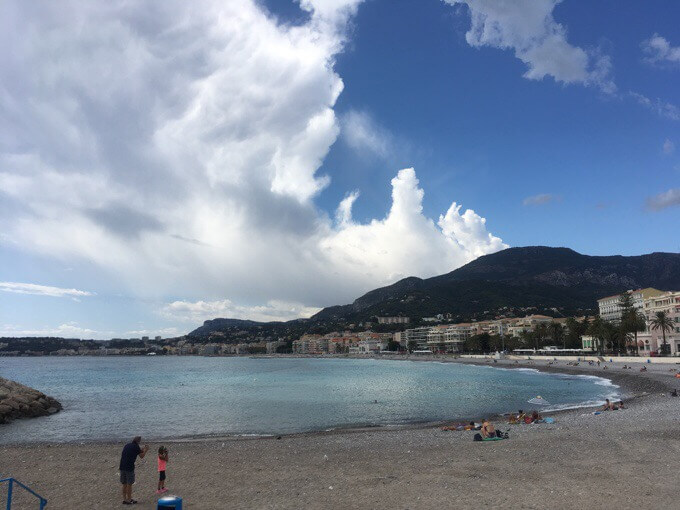 Some awesome clouds in Menton as tstorms rolled through the day after I finished. 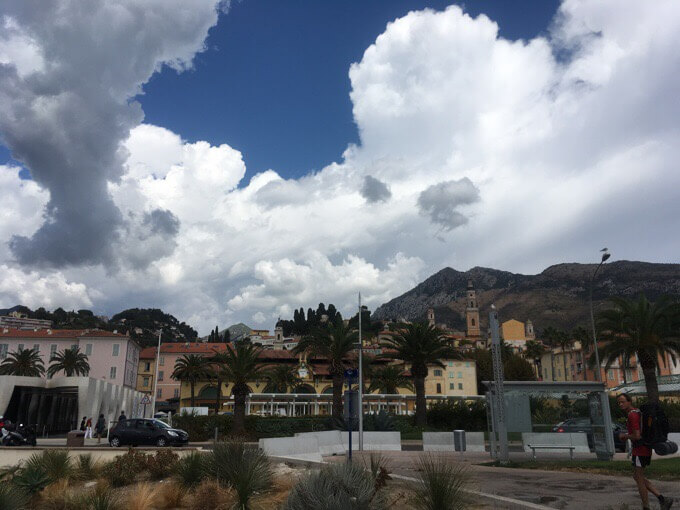 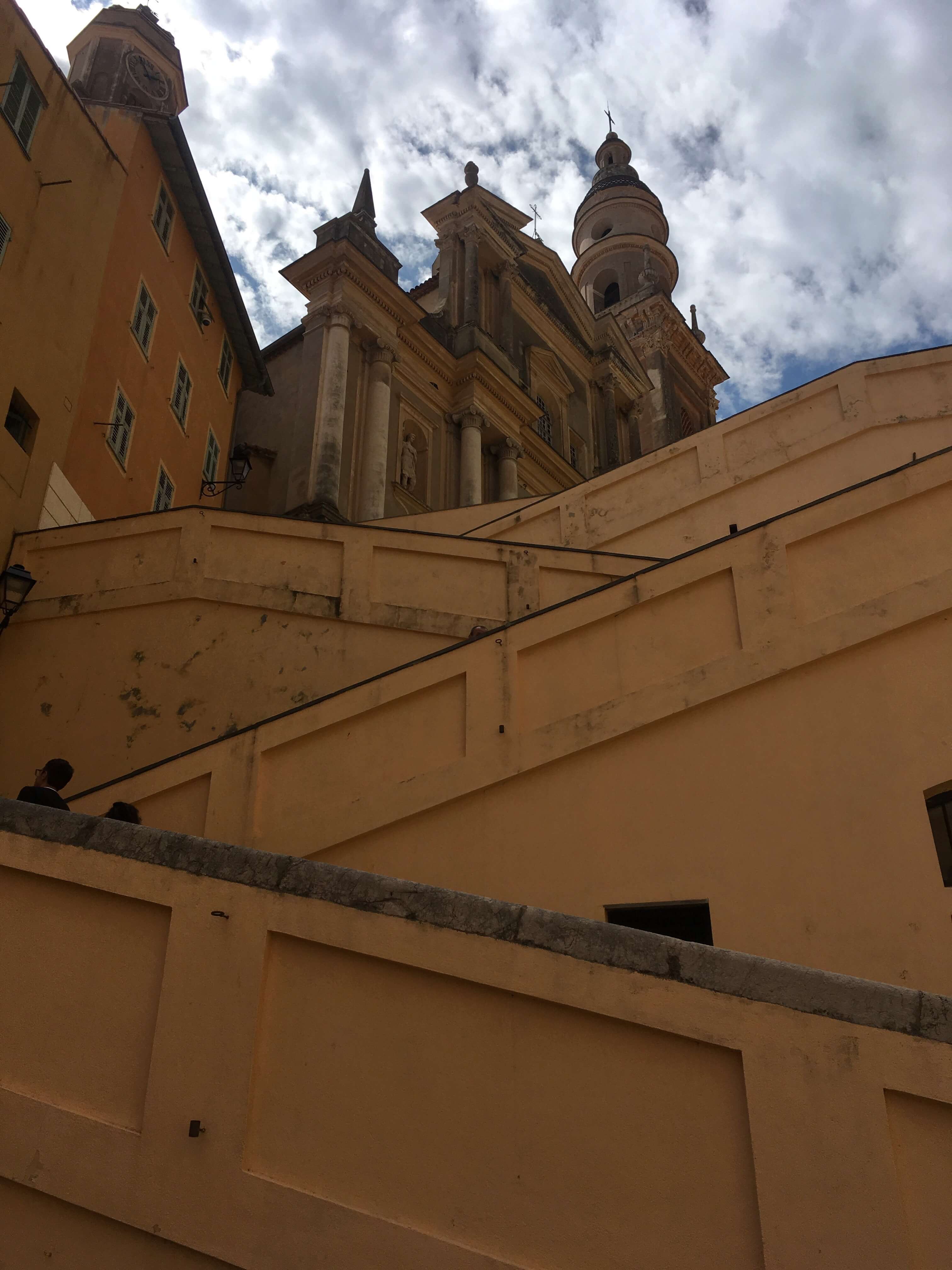 Walking up to St Michel Church. 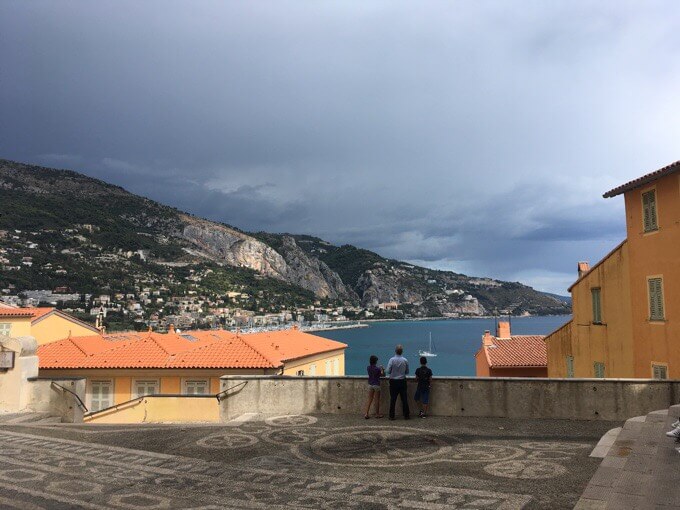 Loving the skies and sites in Menton. Walkways of pebble-made designs. 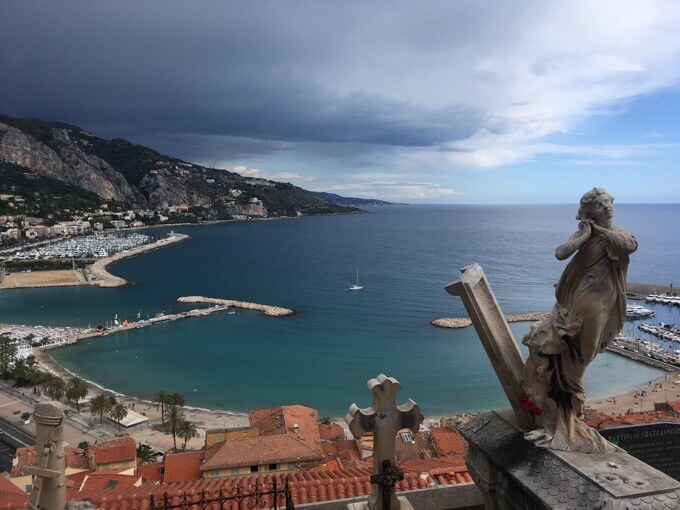 View from Cemetery of the Old Château. 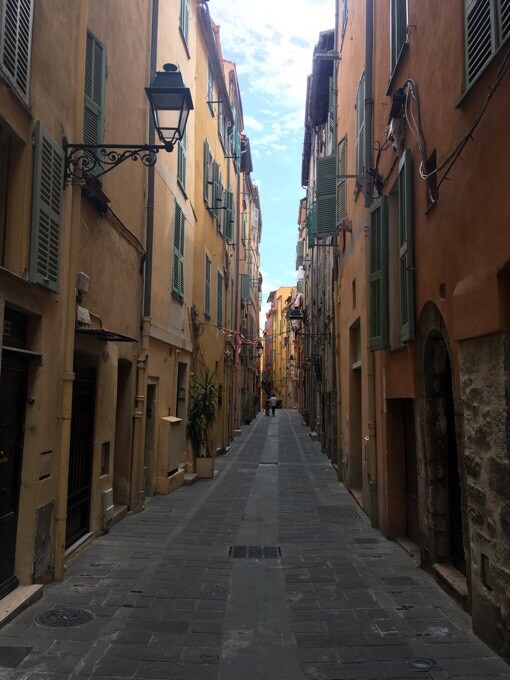 The next day, I took a short train to nearby Nice. I had the day to walk around, but quickly tired of the city. I was definitely glad I chose to finish the GR5 on the recommended Menton alternate rather than Nice, which was far too large and touristy for me. I’ve seriously never seen so many tan people with gold chains, high heels, fancy sunglasses, and a perfected full body selfie pose. 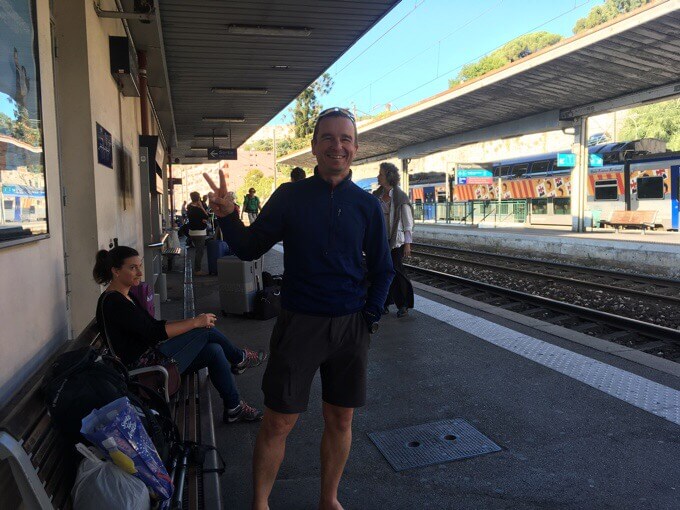 When I got to the train station, I ran into Bruno who I hiked with and shared a room with about five days earlier! 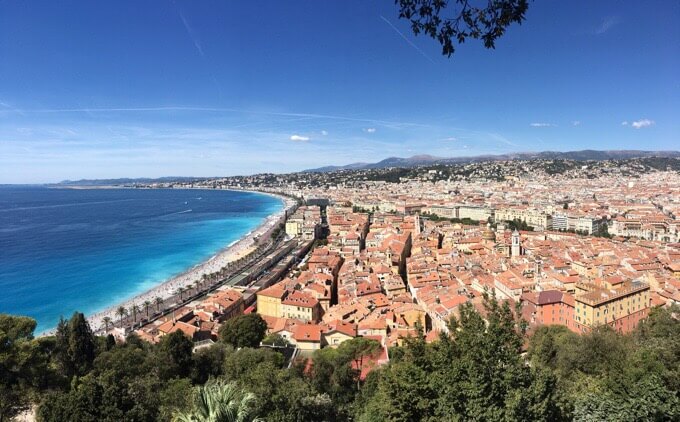 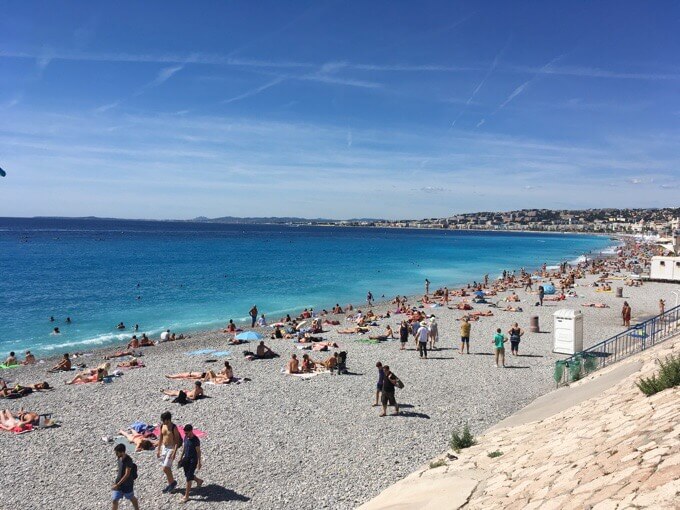 Beach of pebbles, not sand. 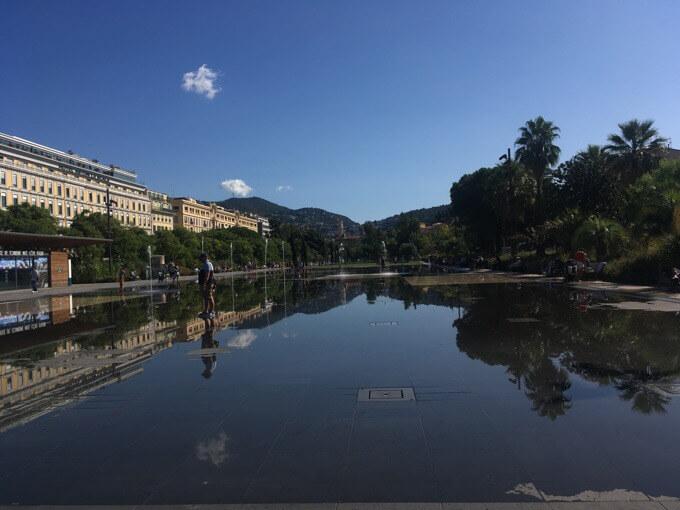 My favorite thing in Nice, is it a lake?? 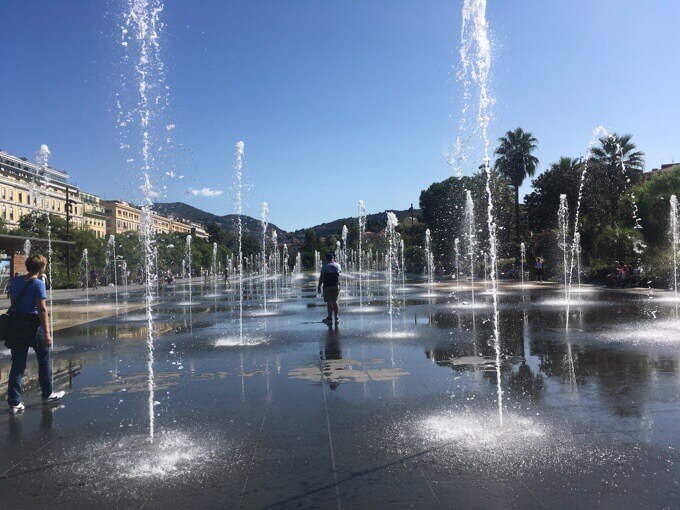 No, it’s an awesome fountain! 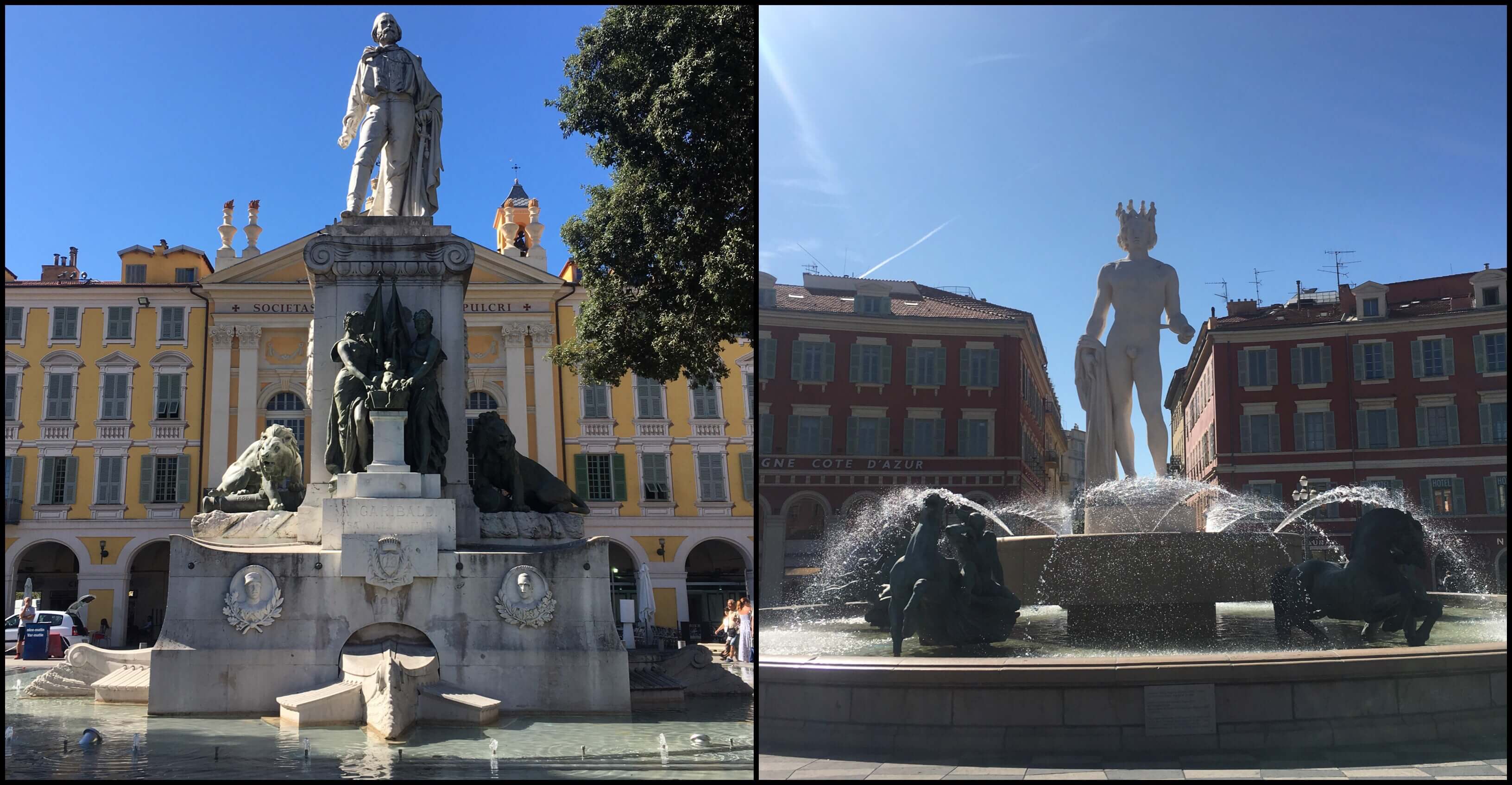 Many other sculptures and fountains. 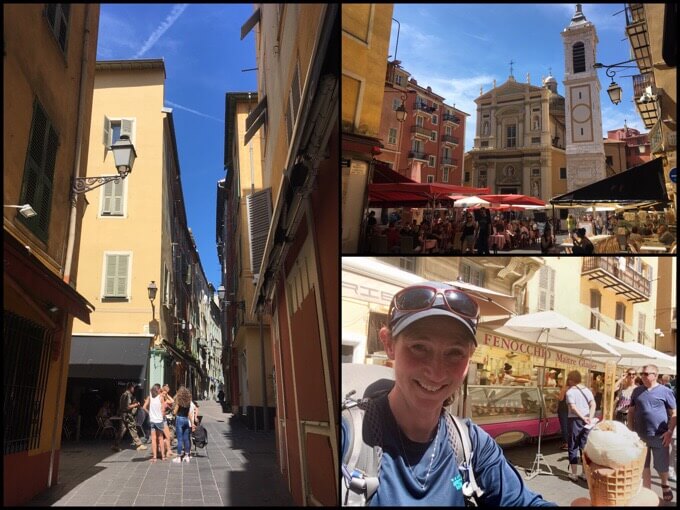 Walking through Vieux Nice and getting the famed Fenocchio’s. I even had straciatella for the first time! Don’t worry, the other scoop was chocolate. 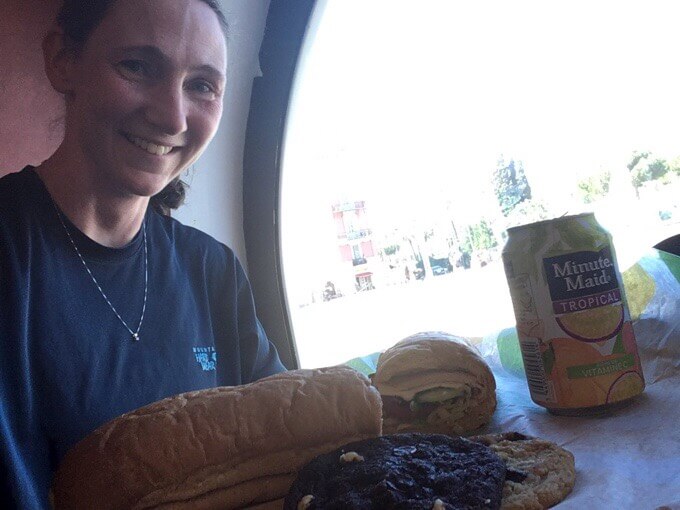 I found a Subway!!

That night, I used the European app, Blah Blah Car, to carpool with three solo guys for 5hrs to Chamonix. What a great option. I saved 80€/$90 and a ton of time carpooling rather than a bunch of bus and train rides. I did manage to leave my sunglasses in the car, which I realized the next day and will be getting back before I hike out. Close one!

The highlight of the triple zero was spending a full day with E! This is our fifth time overlapping along my hiking and our fourth country! We met briefly on the Continental Divide Trail in 2013, hiked the Great Divide Trail in Canada together in 2015, the Kings Canyon High Basin Route in California in 2016, E hosted me at her then home in New Zealand along the Te Araroa this past year, and now we are both here in Chamonix, whew! 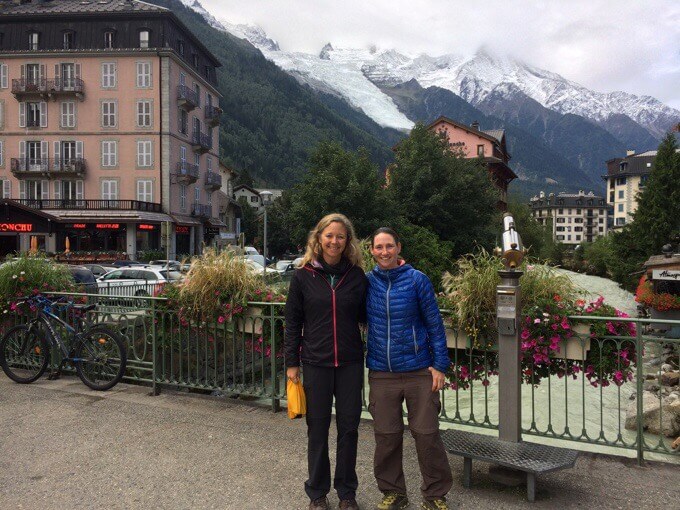 Reunited with E in Chamonix!

E just finished the Walker’s Haute Route in Switzerland from Zermatt to Chamonix, the opposite direction that I’ll be going. I find it pretty awesome how our paths continue to cross all over the world. Someday, I need to take advantage of knowing that she works in Greenland and Antarctica and visit. We walked around Chamonix and ran some errands in the morning. 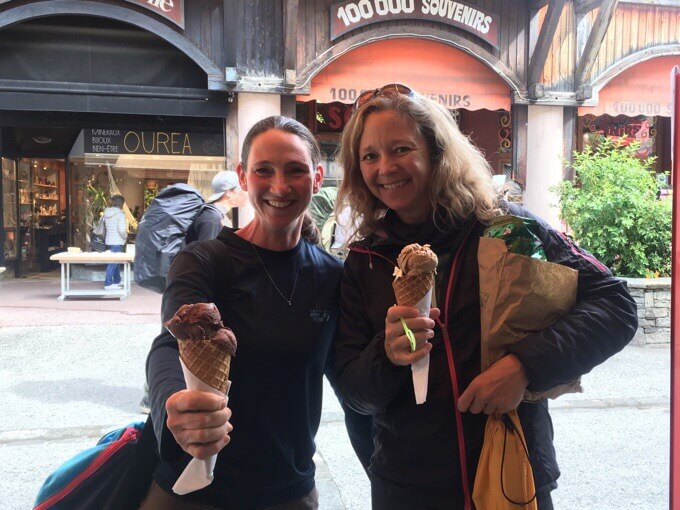 Very important chores to be done. The Chamonix ice cream is my favorite of the trip!

It’s the morning after the completing of the UTMB, the 103mi/166km ultramarathon that follows the route of the very popular Tour du Mont Blanc. I will have overlapped half the route after completing the GR5 and Haute Route, and I’m excited that I have time to pick up the the other half after the Haute Route. 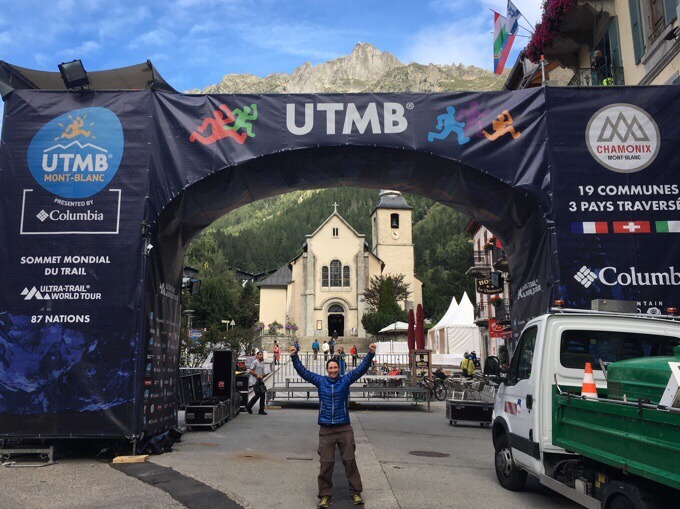 We both are well ahead on our personal itineraries, and took today to CHILLAX. It was great. We got a room to ourselves at Gîte le Chamoniard Volant, and just hung out and caught up all day. It was pretty great and just what both of us were in the mood for. Tomorrow we both hike our respective ways. E has a handful of days and found a loop that caught her eye. I’ll be setting off into Switzerland, and am pretty darn excited this one is doable on this trip. I wasn’t sure I’d have the time. I’ll give more details on the Walker’s Haute Route in the next post in a day or two. We’re headed into the Swiss Alps everybody!!!