Heading To The Wonderland

I’ve had a whirlwind of a transition time between trails. It’s been five days and I’m now headed out to another trail. I drove to Moraga, CA right after the KCHBR to visit family for two days and three nights. I don’t get there too often, so it was great to see everyone before I head overseas in just a few short weeks, ahh! You can see I’m not the short one in the family! 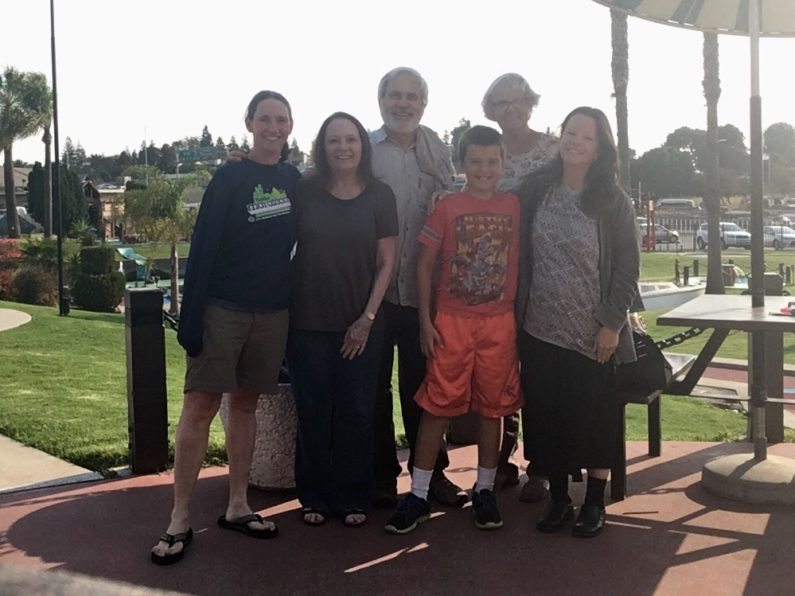 I drove 10hrs to Portland and was in town for about 40hrs while I rushed to take care of the essentials before leaving. While in town, it was PCT Trail Days this weekend at Cascade Locks, WA. I wasn’t able to get out there, but I coincidentally needed two items from Gossamer Gear, and Grant Sible, the President of GG was in town for the event. You know you’re sponsored by the right people when you constantly lose gear and they somehow deliver it to you in person the one day you happen to be in town! I love it when timing works out like that. For those of you that have been following this summer, you will recall that I managed to lose my spoon on the WRHR and I lost somehow dropped my umbrella on the KCHBR. Ugh. Still keeping my record alive of losing something on pretty much every trail I’ve been on. I even lost something on the High Sierra Trail this summer and I was only on it for 3.5 days! Well, I want to give a big THANK YOU to Grant and Gossamer Gear for being there when I need them…which is more than most hikers… 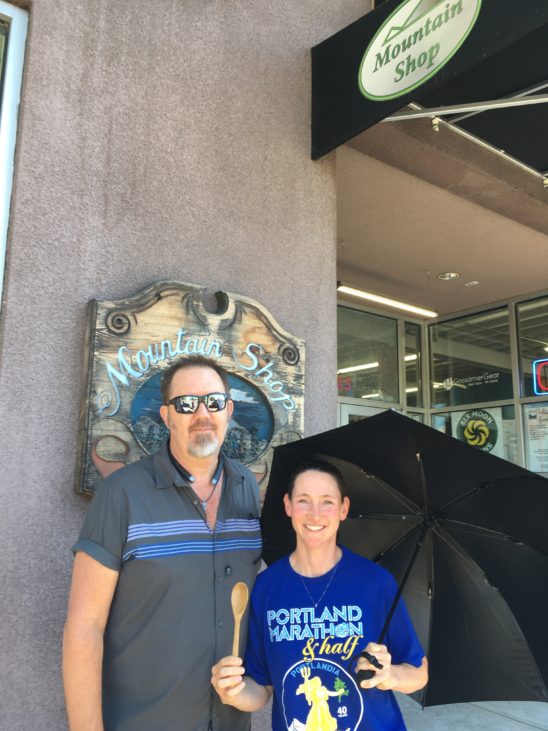 Grant from Gossamer Gear and my new spoon and umbrella. I love both these items! If you live in the Portland, OR area, Gossamer Gear items and packs can be found at Mountain Shop.

Ok, so now that I have all my gear in place, it’s time to set off for the Wonderland Trail. I’m really looking forward to this one! It’s a TRAIL!!! I get to walk on TRAIL! It will be quite steep with lots of elevation change, but it’s 95mi of glorious TRAIL!!! The WT runs 93mi around Mt Rainier in Washington. Permits are quite difficult to nab and this year is unique because the NPS computer registration system for advanced permits broke, leaving all permits as a first come first serve. It seems everyone has flocked to the WT this summer to take advantage of this, but that creates a lot of unknowns. Campsites are preassigned the whole way around, so hikers must arrive at 7am the day before they start to try to get permits for what may be available. That means we may get a permit…or we may not…and if we do, we are at the mercy of whatever campsites are available. We may do a 10mi day one day and have to hike 3mi off trail to get a site, or we may have to pull a big day. There is no telling what may happen. Whatever happens, I just hope we get one. I’ve buffered in a couple extra days to be flexible in case we have to wait or add a day or two to get in. 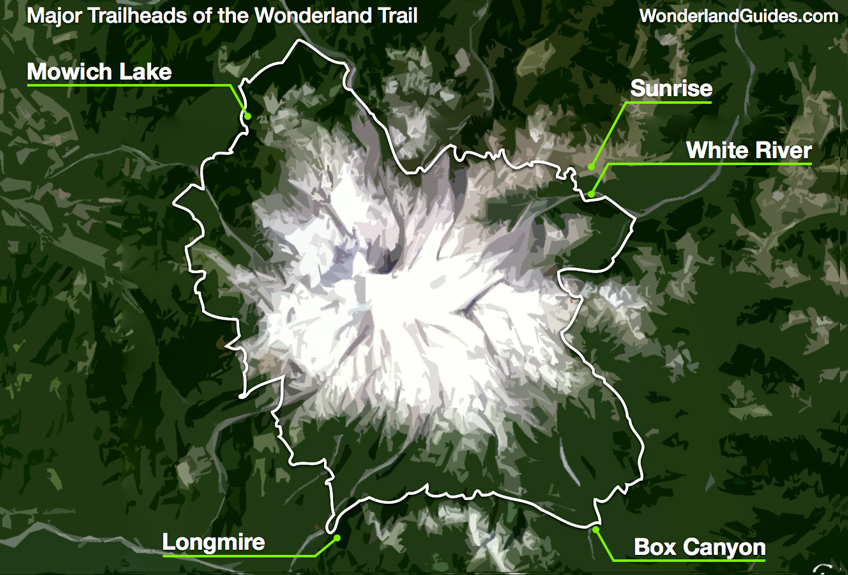 Yes, I said we. I want to introduce everyone to a new hiking partner for me. It’s a friend of mine that I’ve known for quite awhile, but we’ve yet to overlap on trail. Meet Buck-30. 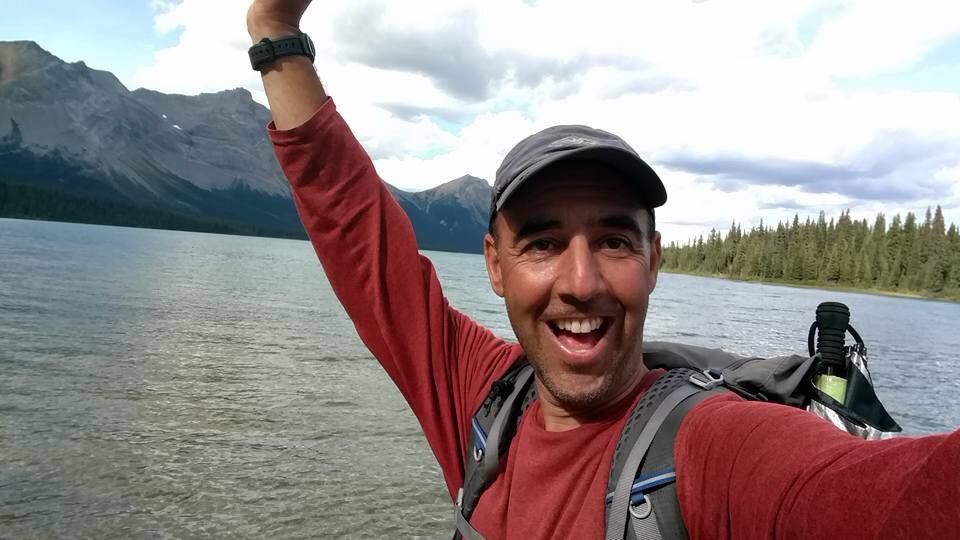 Buck-30 may be new to some of you, but he’s a veteran to the hiking world. His hiking resume is insane! He keeps a trail journal on Postholer.com of most of his ventures. Buck-30’s hiked more than the circumference of the earth (25,000mi) having completed a double triple crown, the Arizona Trail, Colorado Trail, San Diego Sea to Sea, Pacific Northwest Trail, Hayduke Trail, Great Divide Trail, Grand Enchantment Trail, and countless others. He even did all the AUS and NZ hikes I’m headed towards including the Bibbulmun, Larapinta, and TeAraroa. It doesn’t stop there. He’s also kayaked the length of the Mississippi, and ridden a bike from Alaska to Montana and also through the middle length of Australia.

Buck-30’s journals are known as a great resource for other hikers (a recent personal fav entry of his) in the thru-hiking community and he was basically my Wired for beta on the Hayduke before I did that last year. Buck-30’s TeAraroa journal was one of the earliest detailed online journal resources of the TA.  Technically, our first meeting was my 14th day ever thru-hiking on the PCT in 2011 when this note was left on the trail and I was led to some awesome trail magic on a day that I greatly needed a boost. 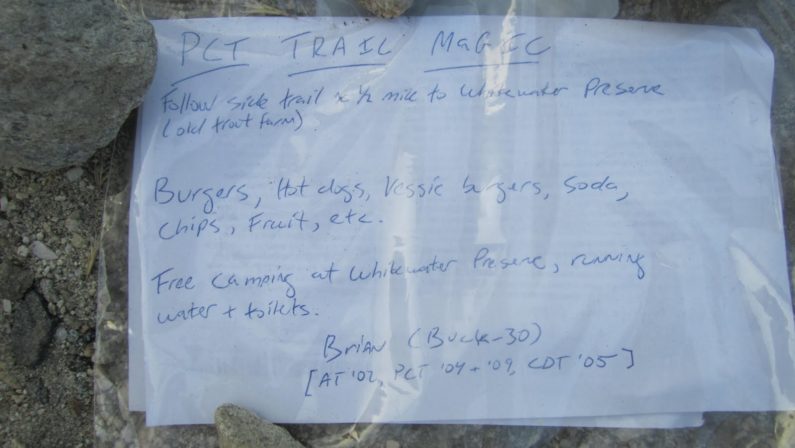 We realized our schedules were aligned to both do the WT this summer after I finished my high routes and he finished the GDT (which I did last year, I beat him to a trail!). I just picked Buck-30 up at the airport on his flight in from Canada and we have done a quick resupply for him and are headed up now to the Wonderland Trail. 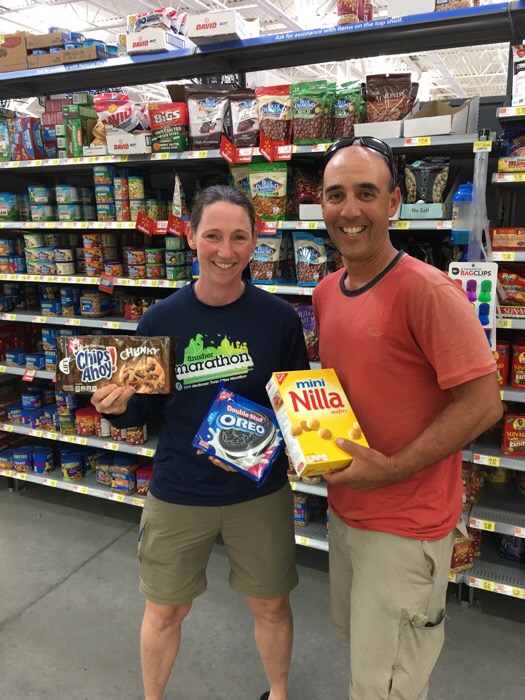 Someone that eats like me! This is just for him for 6 days…he better keep an eye on those and keep them close…just sayin’.

There is no service along the trail, so I’ll be putting posts up in about a week IF we make the cut and get permits. In the meantime, you can follow along with our progress on the interactive map on my Where’s Wired tab. Here’s a nifty elevation chart of the WT to give you and idea of what we’re headed into. It won’t be flat, but it will be trail! I will say that now that Buck-30 has finished the GDT, he has warned me that if one piece of brush touches him on the WT, he’s retreating, ha!

Courtesy of the National Parks. Click for full size view.